In Star Wars there must always be opposing sides. The perceived ‘good’ and ‘evil’.

The force is accessed by both heroes and villains. And if someone is willing to stand up and fight for a cause, there must be someone to beat.

Darth Vader is a franchise staple, and his complex journey from Padawan to Sith Lord is characterised by an internal conflict that fits with so much of what Star Wars is about. 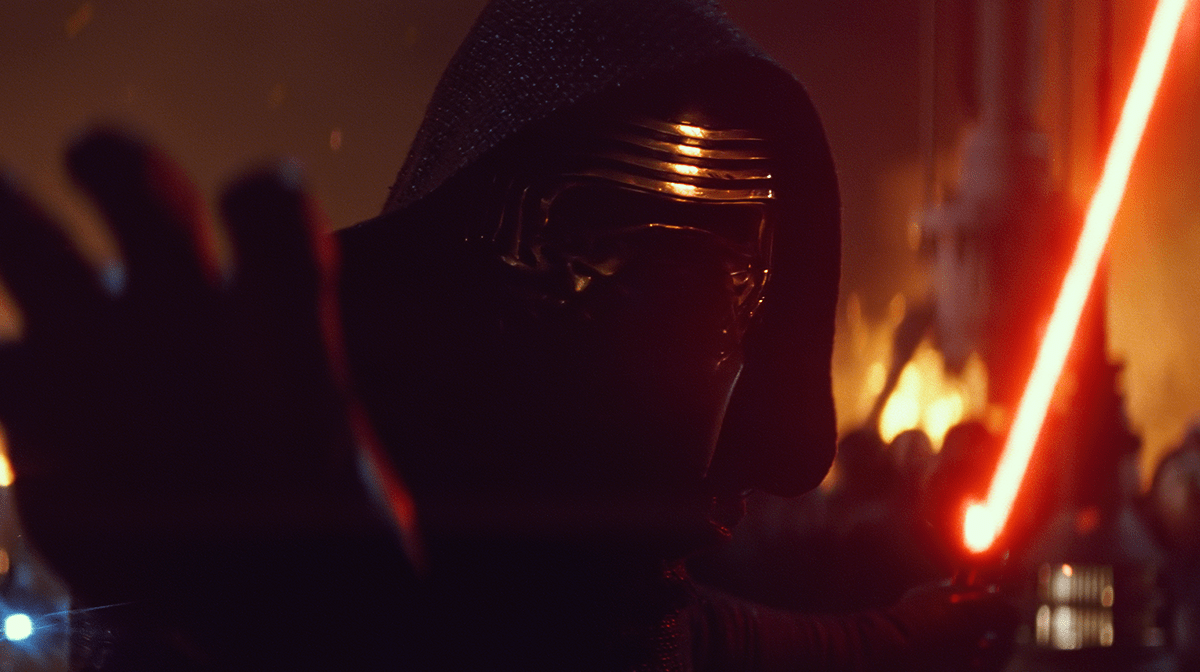 Anakin’s devolution can be defined by the seduction of the Dark Side. He became a power-hungry and paranoid man, perfect for The Emperor to manipulate.

Instead of being a source of light in the world, he was unable to resist the growing darkness inside him. For Anakin, the pull towards the dark was a struggle between the good and the bad in him — and he resisted until he couldn’t anymore.

His transformation into Vader was messy and raw. Anakin truly had two sides to him, and the worse part won. Which, interestingly enough, couldn’t be any more different to Kylo Ren. 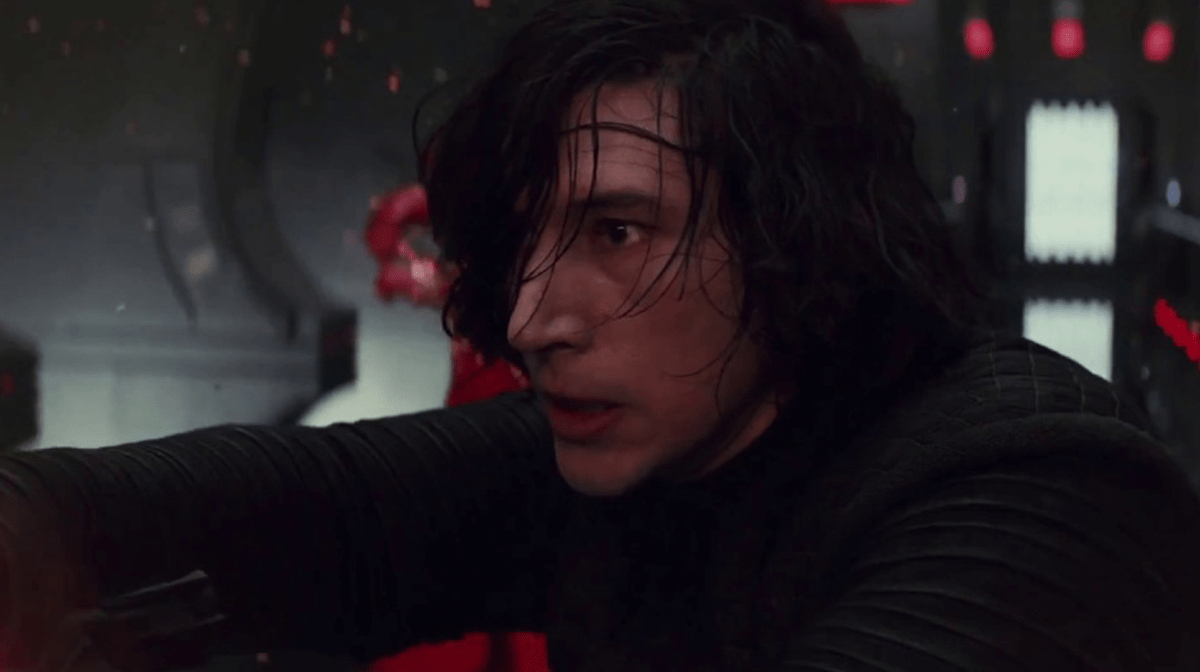 When we’re introduced to Kylo in The Force Awakens, wearing a mask he doesn’t need, it’s soon revealed he’s of Skywalker lineage.

And in a conversation between himself and Snoke, he promises to not be lured back towards the light by his father. He speaks as if it’s his family, and the rebellion, who look to manipulate and recruit. His world-view is distorted by anger and rage.

As Kylo paces around one of The First Order’s Star Destroyers, trying so hard to emulate his infamous grandfather, (someone he knows little about but has retrofitted into a personal hero) it becomes clear there is no destined pull to the dark here; no seduction.

Instead, Kylo’s involvement in The First Order is born out of a desire for power, and disdain for those who have seemingly wronged him. While Anakin fought for his soul for months, Kylo spends his time trying to convince himself and the baddies around him that he truly is related to Vader in all of the worst ways. Kylo made a choice. 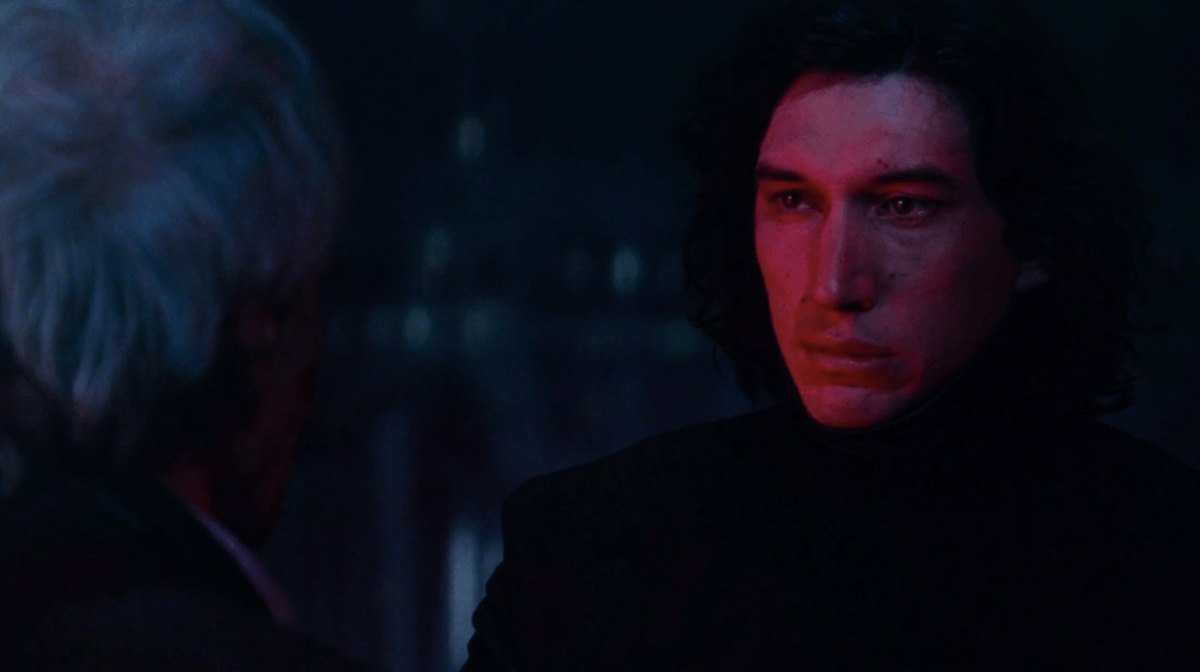 Before Kylo kills Han Solo, the estranged father and son meet halfway on a bridge on the ship. The scene is lit with the classic colours we’ve come to associate with the Jedi and The Empire. There’s a deep red light pooling by one end of the bridge, and blue at the other.

There was the opportunity to go back and to change his mind. But Kylo’s major contradiction is that he believes he’s destined to be a powerful Sith, but has to try hard to be one. With the added details The Last Jedi provided, it’s much clearer why Kylo acts like a petulant, angry teenager trying hard to tick off all the villain boxes: he was betrayed.

Kylo was hurt by Luke, someone who was supposed to guide him, and his anger results in opposition towards everything Luke stood for. And while The Last Jedi adds complexity to the ideals and morality of the franchise, Kylo still seems to be choosing a side: his own.

While most Star Wars characters live and die for a cause they believe in, Kylo stands out as a selfish exception. The First Order was a route to power, but at the first chance of having a bigger slice of the pie for himself, he kills Snoke. 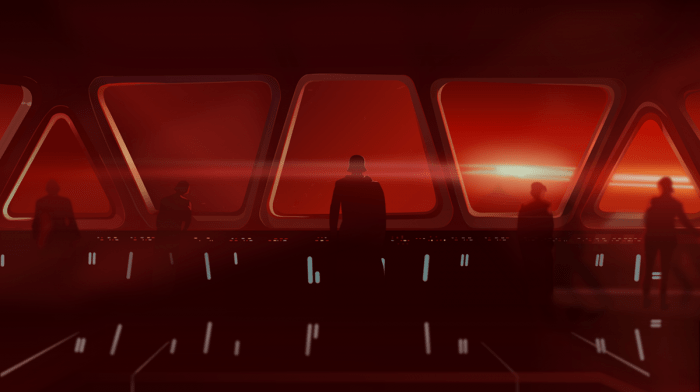 The throne room scene is epic for a lot of reasons, but mostly it was exciting because of the possibilities it presented for Kylo and Rey going forward — it implied the chance of redemption not unlike Vader killing The Emperor in Return Of The Jedi.

But the only thing Kylo fights for is himself. Anakin was conflicted when he decided to kill The Emperor, Kylo doesn’t seem to have any anguish involved.

Kylo’s desire to be seen as formidable is a shallow rendition of Vader’s turn to evil, and it’s fascinating because of how different it is. There’s little logic to his decision making. 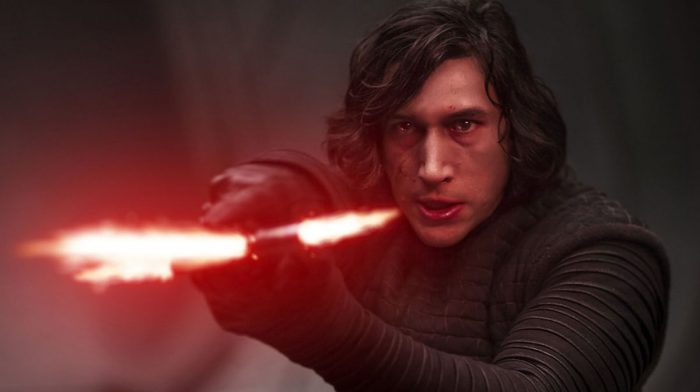 By the time we get to when the original trilogy is set, Vader is cold and calculated. It took Luke so long to get through to him that it was almost too late. It took Luke almost dying in front of his father for him to turn on The Emperor.

Kylo, in contrast, is driven by impulse. He regularly has outbursts which make him look bad, makes spur of the moment decisions that are sometimes detrimental to what his superiors want, and is only on the path he’s on because he wants to be. He is in control of very little despite his high ranking in The First Order, and is incredibly unpredictable.

Guessing what Kylo will do next is difficult, and the passion for proving himself, which drives him, has made for a great character to watch.

Kylo’s end destination is veiled, and we’re likely in for some more surprises when it comes to The Rise Of Skywalker. If we know one thing for sure, it’s that Adam Driver’s irritable and engaging turn in this trilogy stands tall amongst modern blockbuster villains.