Earlier this week actor Aaron Taylor-Johnson was cast as Kraven The Hunter for the character’s own solo movie.

The Kick-Ass and Avengers: Age Of Ultron star will play the Spider-Man villain in the Sony produced film which is a new entry in their Marvel universe.

But who exactly is Kraven The Hunter? And what can we expect from his upcoming film? Let’s dive into it.

Who Is Kraven The Hunter? 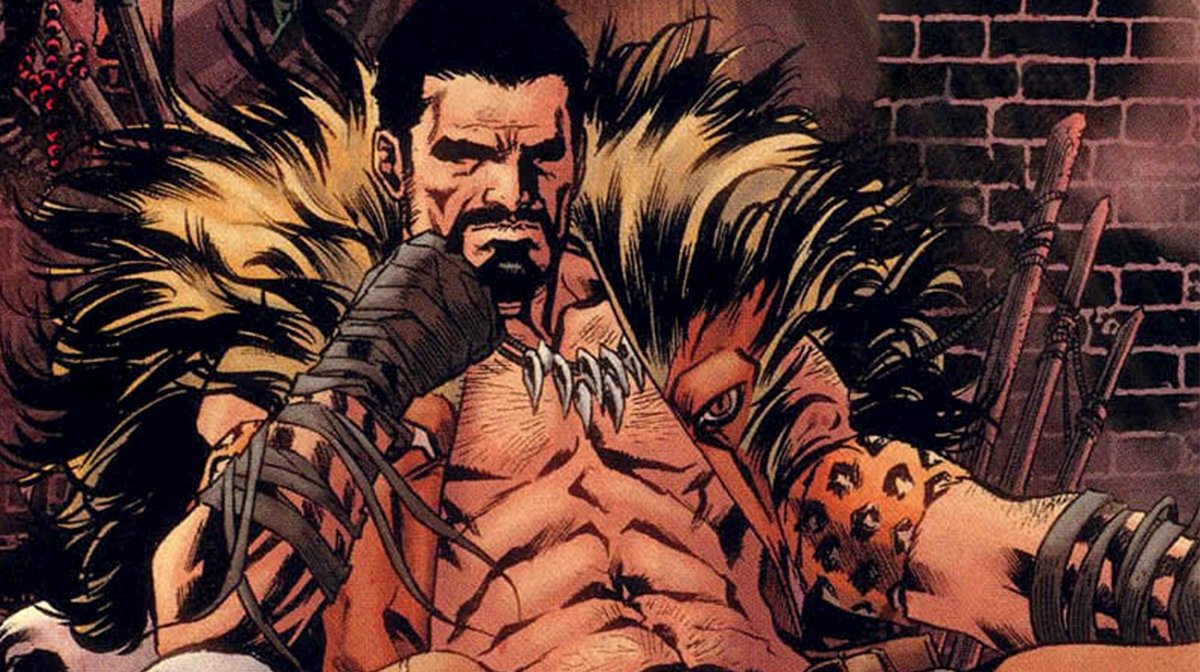 Sergei Kravinoff, a.k.a. Kraven The Hunter, made his debut in The Amazing Spider-Man Issue #15 in 1964.

The son of Russian aristocrats, Kravinoff fled to America with his family following the 1917 Russian Revolution, which saw them be strip of their titles and privileges.

These events led Kravinoff to feel a loss of identity, but that gap was soon filled by his love of big game hunting, something he discovered he had a talent for whilst in Kenya. It was at this point he took on the title of Kraven The Hunter! 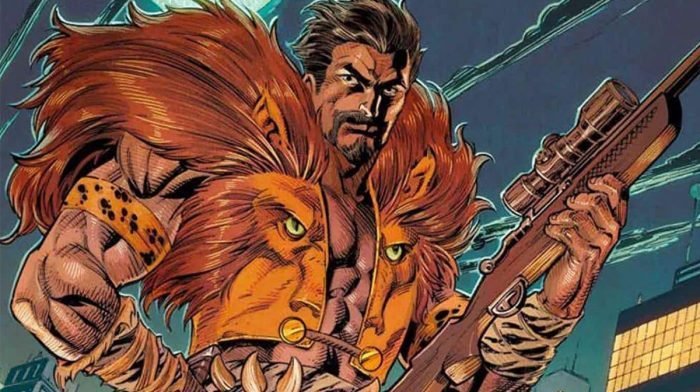 Although Kraven started out using traditional hunting methods, he soon preferred taking down his prey with his bare hands, pushing himself as he sought to become the greatest hunter ever seen.

This journey saw Kraven eventually take a mystical potion which gave him the strength, speed and senses of a jungle cat, also slowing down the aging process.

Following this, at one point he was actually recruited by none other than Nick Fury to join an early superhero team in 1959. Although he fought with them to protect the world for a while, he soon returned to an isolated life. 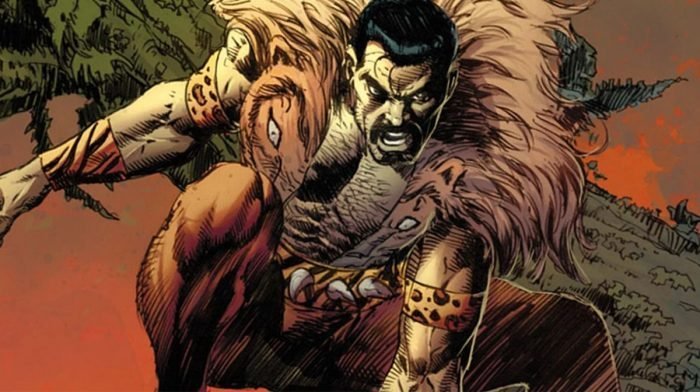 Finding an interest for hunting enhanced beings, Kraven soon became particularly fascinated with Spider-Man after his villainous half-brother the Chameleon called upon him to help battle the web-slinger.

Continually being defeated by Spidey only drove Kraven’s obsession, becoming a founding member of the group of supervillains known as the Sinister Six.

His journey with Spider-Man ended with the classic comic book story Kraven’s Last Hunt, which saw Kraven bury Spidey alive and then commit suicide, seeing his life’s mission as now being complete.

Of course in the comics no one stays dead, and he was soon resurrected to cause more chaos.

What Are Kraven The Hunter’s Powers? 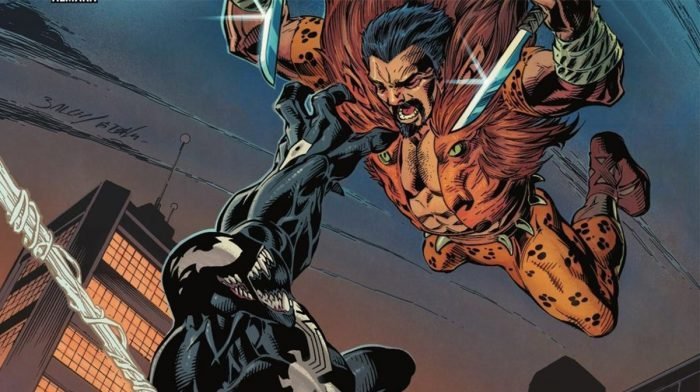 As we mentioned earlier, thanks to the potion he took Kraven has powers similar to that of a jungle cat.

These include strength, speed, agility, enhanced hearing, eyes that adjust better to darkness, the ability to see over vast distances, and an increased sense of smell which means he can sense his prey on scent alone.

Also thanks to the fact the aging process has slowed down, although Kraven is decades old he has the physical appearance of a 30-year-old.

And as if this wasn’t enough, Kraven is also an Olympic-level athlete, a talented hunter, and incredibly skilled in combat, with a great knowledge of weapons too.

What Role Will Kraven The Hunter Play In Sony’s Marvel Universe? 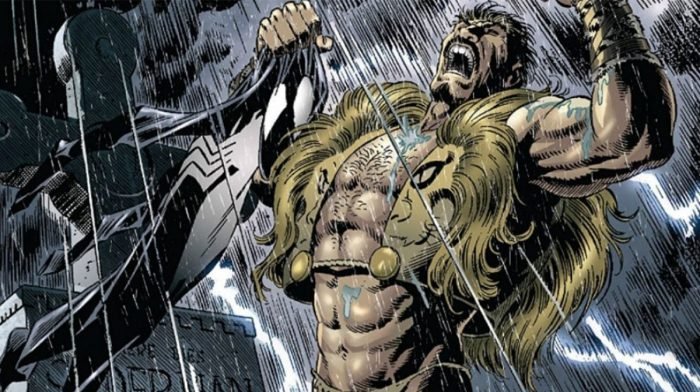 Little is known about the upcoming solo movie which will star Taylor-Johnson as Kraven, but we do know it is due for release in 2023.

Margin Call’s J.C. Chandor is directing the project, with a screenplay penned by Art Marcum, Matt Holloway and Richard Wenk.

Given that this is a film just focused on Kraven, it will likely be an origin story focusing on perhaps his escape from the Russian Revolution, his journey to taking the potion, and early days as a supervillain. 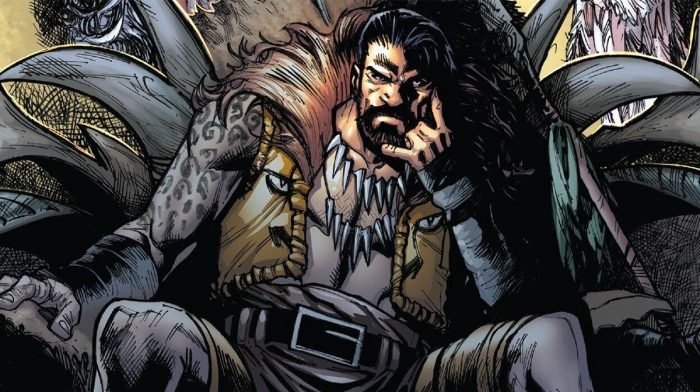 The question is though, will Spider-Man feature? Although Tom Holland’s Spidey is yet to pop up in Sony’s Marvel Universe, the trailer for Morbius, which is set in the same world, did include some references to the web-slinger and featured Michael Keaton’s Vulture from the Marvel Cinematic Universe (MCU).

Could the Kraven The Hunter film be the one to bring Spidey into Sony’s universe then? Maybe… especially since it would make sense to adapt the Kraven’s Last Hunt story which is often acclaimed to be one of the best in the comics.

Even if we don’t get Spider-Man featuring yet, it’s likely Kraven will meet other Sony Marvel characters including Venom and Morbius.

A release date of 13th January 2023 is currently scheduled for the film..