The first trailer for the next Marvel Cinematic Universe (MCU) show Hawkeye has landed!

Streaming exclusively on Disney+ from 24th November, as seen in the teaser the series will bring us plenty of superhero shenanigans as well as holiday cheer.

Although Clint Barton (Jeremy Renner) plans to have a quiet Christmas season with his family, the world has other plans as his past catches up with him.

That leads him to meet Kate Bishop (Hailee Steinfeld) who is due to take on the Hawkeye name in the show, with Barton passing the baton on.

Someone not seen in the trailer is Yelena Belova (Florence Pugh), although we can expect her to pop up given that was set up during the post-credits scene of Black Widow.

With the trailer giving us a glimpse at what to expect from the series, we broke it down in full scene by scene.

Christmas With The Bartons 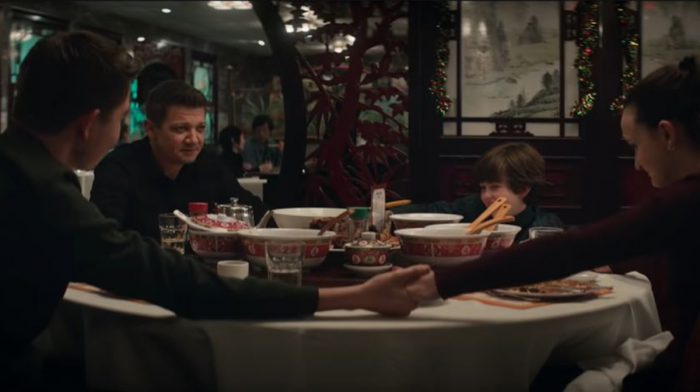 The trailer opens with Clint joining his excited children for their first Christmas together in years, helping set the festive tone for the rest of the teaser.

And it’s set in glorious New York, all lit up in green and red.

One person noticeably missing from the dinner though is Clint’s wife Laura (Linda Cardellini) – did the couple fall out, or was it that she just couldn’t make the New York trip?

I wouldn’t worry just yet as later on in the trailer we see Clint reassure Laura on the phone that he will be home soon, so I’m guessing it’s the latter. 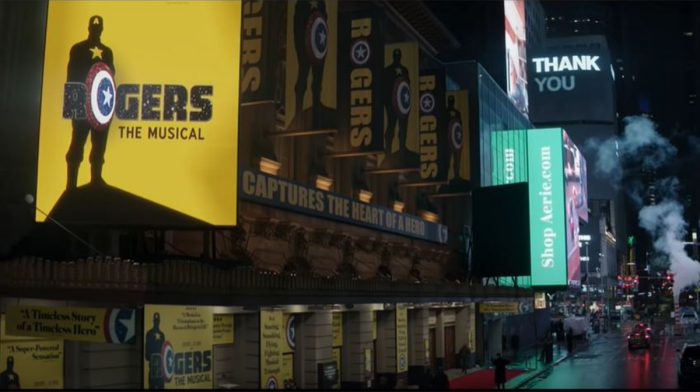 Perhaps the Barton family are in NYC to see Rogers: The Musical – advertised as “a timeless story of a timeless hero”.

That’s right, Captain America now has his own Broadway show in the MCU, although it admittedly looks pretty terrible as another glimpse at it later on sees stage actors cheaply dressed as The Avengers cheesily dancing away. 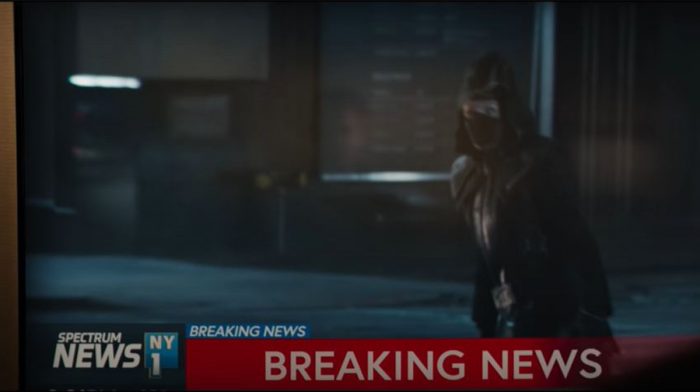 Clint’s family time is disturbed when he sees some breaking news on television, with the newscaster saying: “Authorities are wondering if the masked vigilante who terrorised the city’s underworld is back.”

In case you have forgotten about Hawkeye’s murdering spree during the Blip as Ronin, the trailer then cuts to a flashback from Avengers: Endgame to remind us.

As Clint says himself, “the past has caught up” with him, as it appears someone is using the deadly vigilante identity Barton had previously took on to dish out some justice on the streets with a bow and arrow. 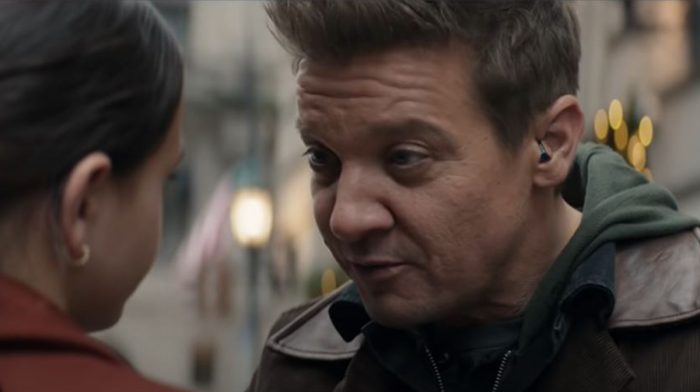 Clint then tells his kids he has to go, clearly heading off in search of the person masquerading as Ronin.

Crucially though as we see Clint promise his daughter he will be “home in time for Christmas”, the hearing aids in his ears are visible.

On several occasions in the comics Hawkeye has been portrayed as being partially deaf, but until now this has never been implied to be the case in the MCU. 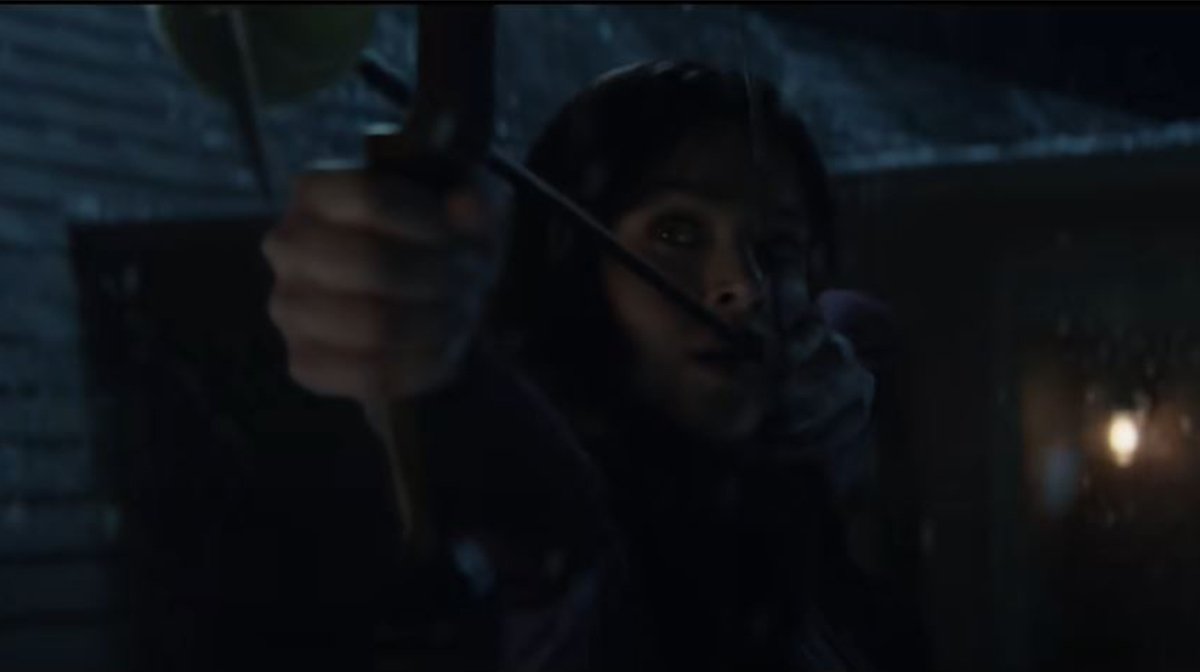 We now get to see a lot of Steinfeld as Kate Bishop, who is revealed to be the one using the Ronin identity.

After Hawkeye helps her out of a pickle with what we can presume to be some enemies he made in the past as Ronin, Kate introduces herself as “the world’s greatest archer”.

From what we see in the trailer and know about the character from the comics, Kate is a big Hawkeye fan and has modeled herself on him.

A key member of the Young Avengers in the comic books, the introduction of Kate is yet another clue that the MCU will be heading down that path soon… 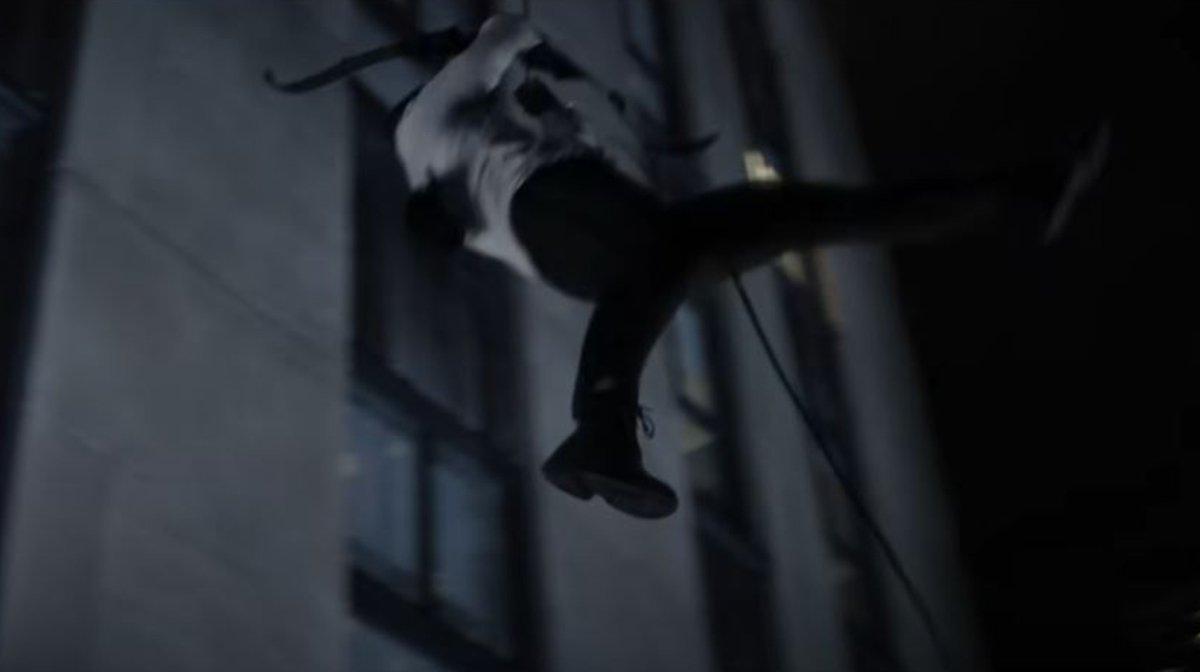 We are then treated to a montage of several explosive scenes that sees Clint and Kate in action, taking on baddies, crash landing into buildings, and just causing general chaos.

It seems like there is quite the situation to deal with as Clint tells Laura on the phone, “things have gotten more complicated”. 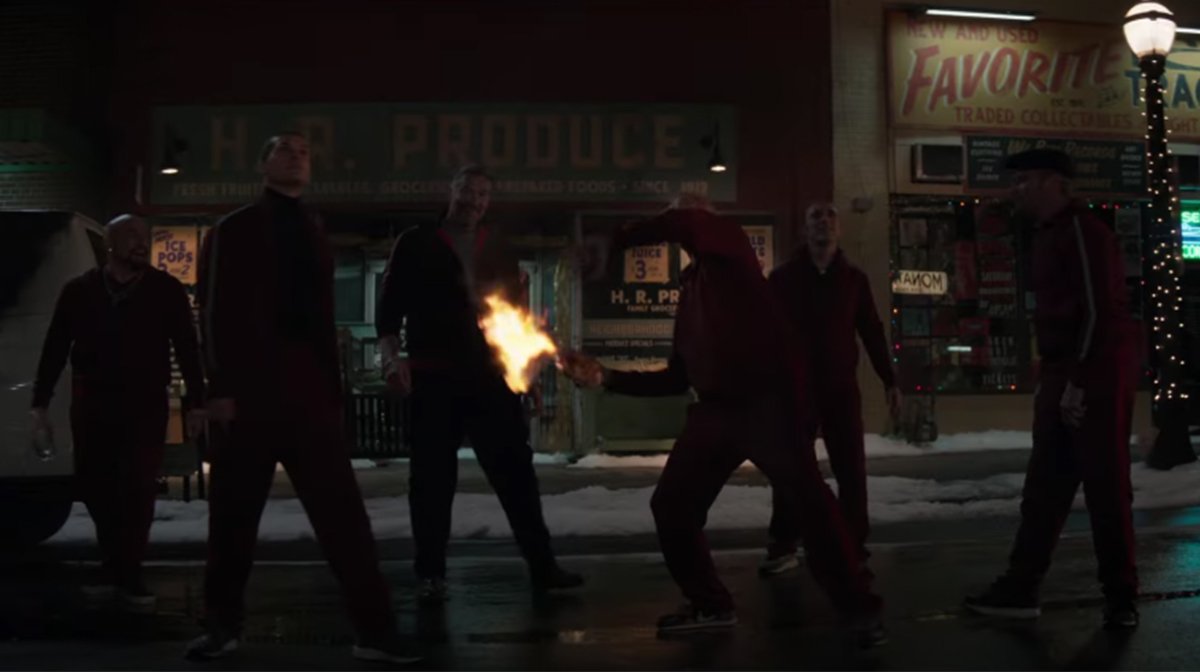 Within this montage we get to see the Tracksuit Mafia, a low level Russian criminal gang from the comics who are seen causing Clint and Kate some hassle in the trailer.

Their leader, the Clown (played by Fra Free), isn’t seen though. 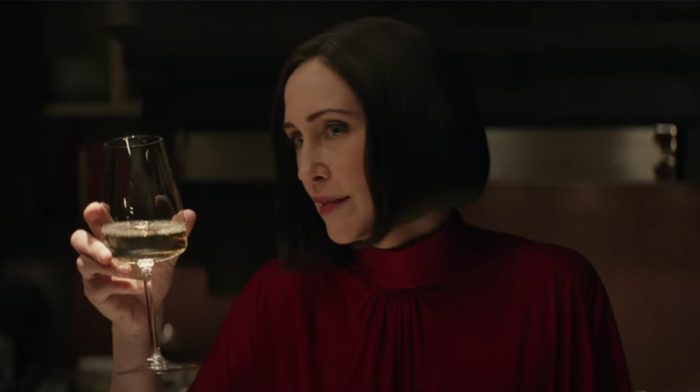 The trailer teases us with only a brief glimpse at Vera Farmiga as Kate’s mum Eleanor Bishop, who in the comics is a wealthy matriarch.

Dressed to impress with a large glass of wine in hand, it seems the character in the MCU is wealthy, and perhaps nefarious too.

Let’s be honest – you don’t get Farmiga involved to play a throwaway role! She is definitely crucial to the plot, perhaps being Madame Masque given Eleanor’s ties to the villain in the comics. 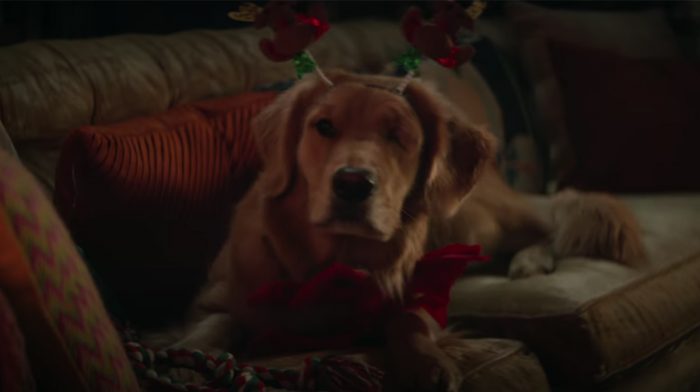 The third star of the show is definitely Lucky The Pizza Dog, a beloved good boy from the comics making his live-action debut.

Although the pup is called Lucky, he hardly has any luck, as can be seen in the trailer with his missing eye.

In the comics he was discarded by his original owners, the Tracksuit Mafia, after attacking one of the gang’s members as a way to repay the kindness shown to him by Clint, who then of course takes the poor pooch in. 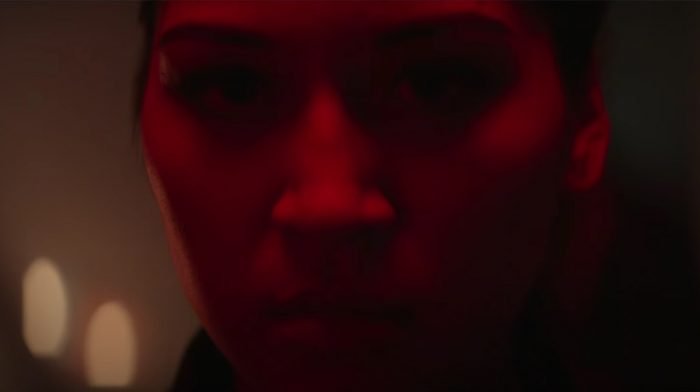 Towards the end we are treated to a shot of Maya Lopez a.k.a. Echo, played by Alaqua Cox.

In the comics the deaf character began her career as a Daredevil antagonist, therefore setting her up as a baddie for this show.

Given these links and that in the comics she is also the adoptive daughter of Kingpin, perhaps we will see Vincent D’Onofrio make the move from Netflix’s Daredevil to the MCU as the popular villain.

Shop our range of Hawkeye merchandise.