We’re very excited for Batman: The Long Halloween, Part One as actor David Dastmalchian tells us all about the new animated movie, also speaking about his love for DC Comics and his time working on The Dark Knight.

Adapted from the classic 1996 comic book of the same name by Jeph Loeb and Tim Sale, Batman: The Long Halloween, Part One follows the Caped Crusader (voiced by Jensen Ackles) as he hunts the Holiday Killer, a mysterious individual who only strikes on (you guessed it) the holidays.

Yes, you read that right. But make no mistake, Calendar Man, a.k.a. Julian Day, is not to be trifled with.

When we spoke to Dastmalchian about bringing Calendar Man to life, he revealed how he brought an intimidating air to Arkham Asylum, while also discussing his time filming the legendary The Dark Knight and this summer’s The Suicide Squad. 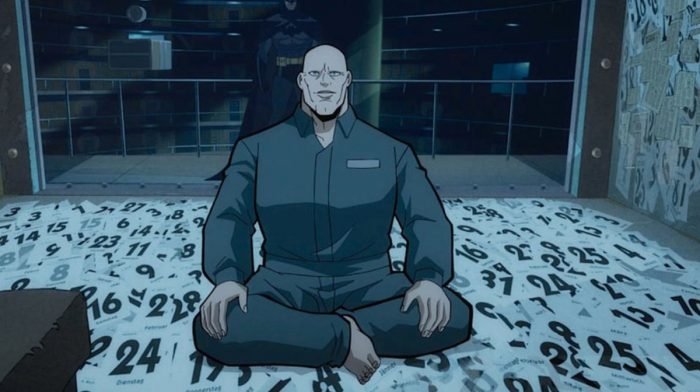 Zavvi: Your version of Calendar Man is quietly manipulative but easily gets inside Batman’s head. How did you decide to take it in that direction rather than a typically out there performance?

David: Well, fortunately for me the groundwork was laid by the source material – The Long Halloween is one of the greatest comic runs in the Batman canon, it’s so brilliant. And writer Tim Sheridan’s adaptation of that is gorgeous. 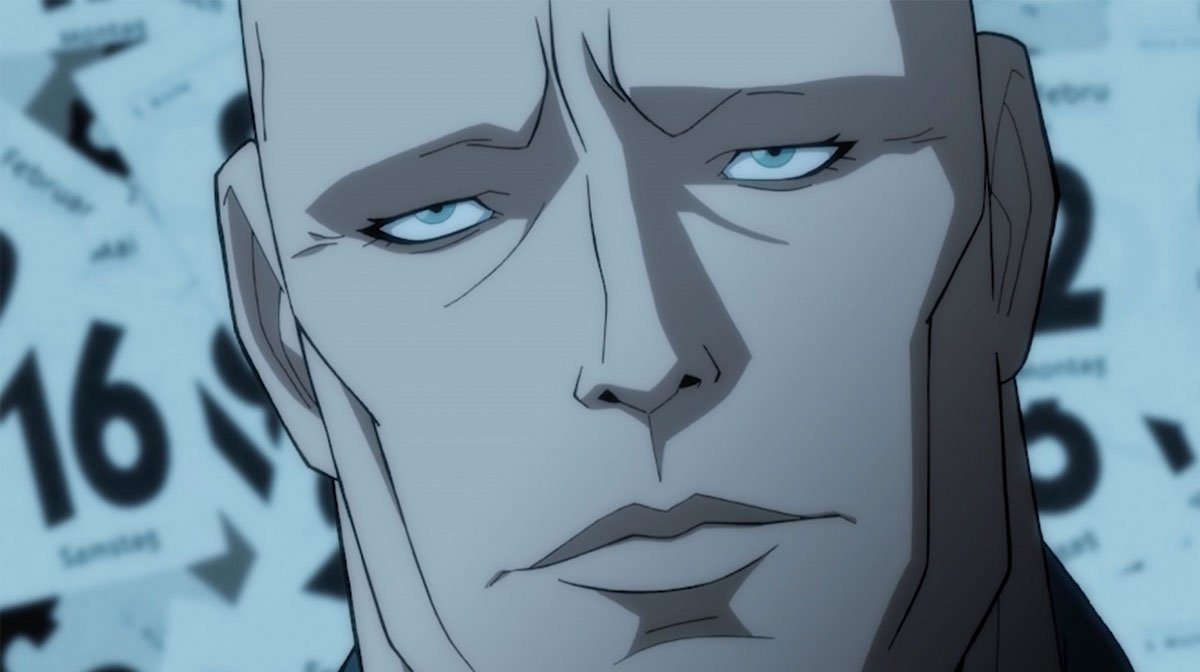 Now that I, as Julian [Calendar Man] who is caged in this glass box for however long, I felt like the opportunity to wield some power and have a bit of fun when this very self-righteous, stuffed shirt, Batman comes around.

The way the team worked with our wonderful director Chris Palmer, and then you’ve got the producers right there with you being incredibly helpful and guiding you… I had a really great support system just on the other side of the glass as I was creating my character. It was just so much fun. 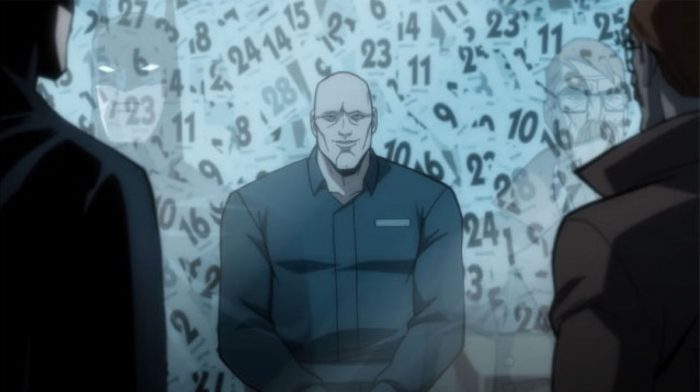 Zavvi: You’ve definitely got a taste for playing quite out there DC characters… Thomas Schiff in The Dark Knight, Abra Kadabra in The Flash, and you’ll soon be Polka Dot-Man in The Suicide Squad! What is it that draws you to these types of roles?

David: I wish I could say that I have been driving the ship that has steered me into all these incredible waters of comic book-dom. But I have to scratch my head and go ‘how am I so incredibly fortunate and blessed that I’ve gotten to bring so many of these characters to life?’

I’m a grown man who’s still as excited as he was at nine years old the first time I opened a comic book and began collecting. 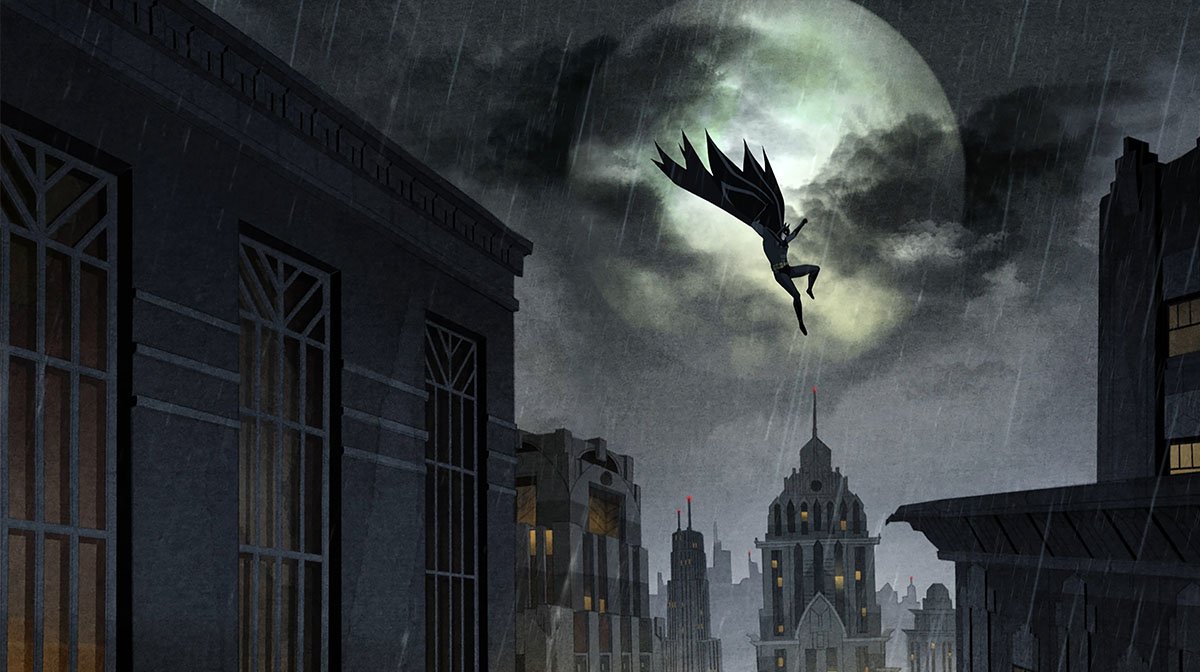 Although, the first comic I ever bought was an Avengers book! When I went into the comic shop in Kansas City where I grew up, Detective Comics and Batman comics grabbed my eye instantly because that was near the time that Tim Burton’s Batman film premiered.

I guess because I spent so much time in my imagination living in the worlds of these characters, exploring them and being such a fan, that helped me.

I honestly don’t know though, it’s a bit of a mystery and all I can do is be grateful that I even get the chance to explore this stuff. I guess all these directors and casting directors see in me some kind of mad evil that I can bring to life! 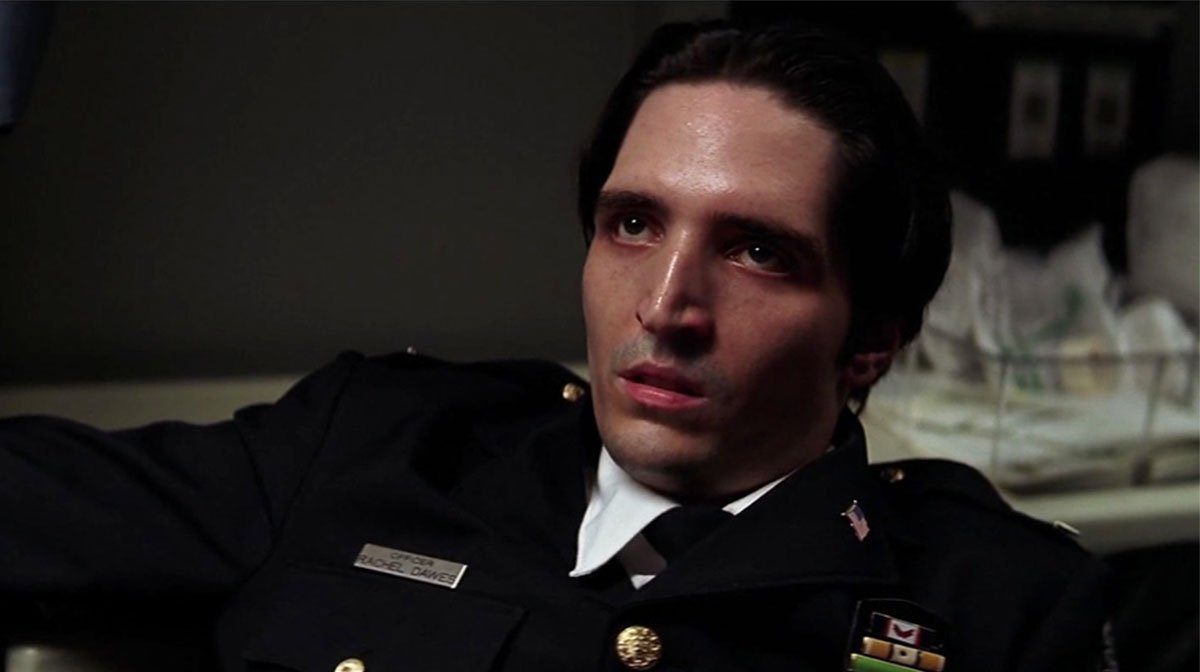 Zavvi: I have to say, the laugh you do in The Dark Knight was pretty chilling as Schiff. How do you prepare for a challenging role like that?

David: That was my very first time on a film set. I was doing a production of Othello at the time in Chicago and I was very gratefully starting to make my way in the world of theatre and occasionally in TV commercials. 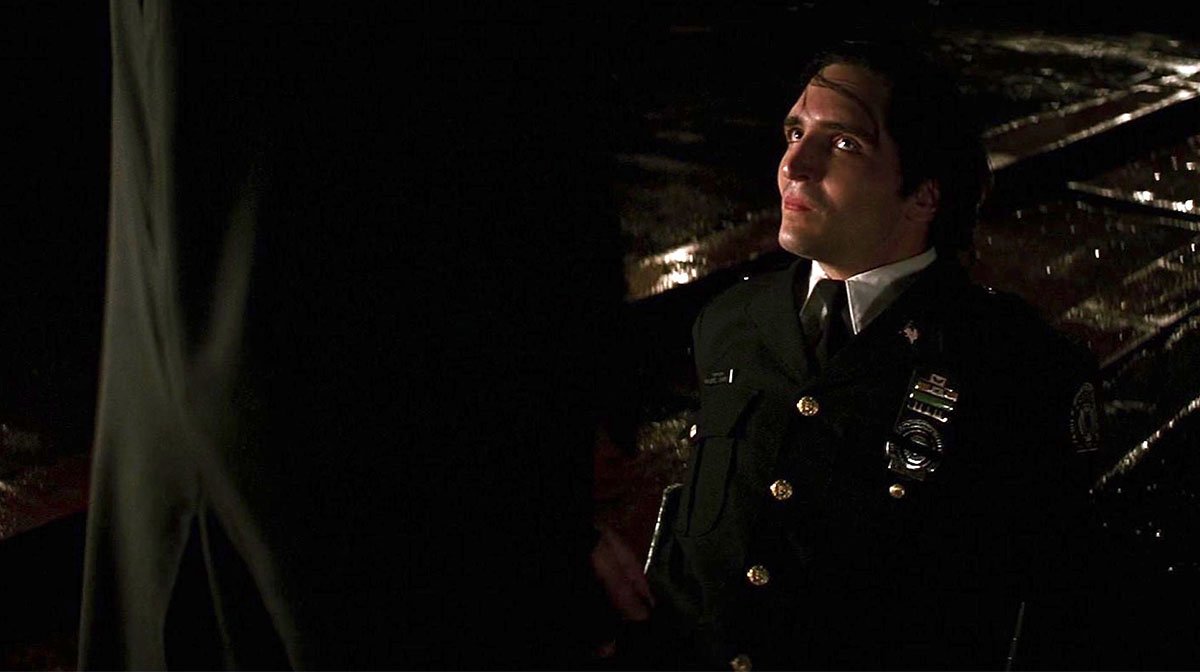 On top of that, a film taken from the pages of the DC comics I grew up being obsessed with. So the preparation was a lifetime of burying my nose and imagination in the world of Gotham City, and my familiarity with the kind of people who would be in league with the Joker.

In my opinion, Thomas Schiff was another victim of the Joker and was being manipulated by him – it was all very useful in crafting that character.

But what’s fascinating is the full circle moment I’m having this summer. Batman: The Long Halloween, Part One is coming out that I’m a part of, and that book, which was adapted into this incredible film, was also the inspiration in many ways for The Dark Knight script. 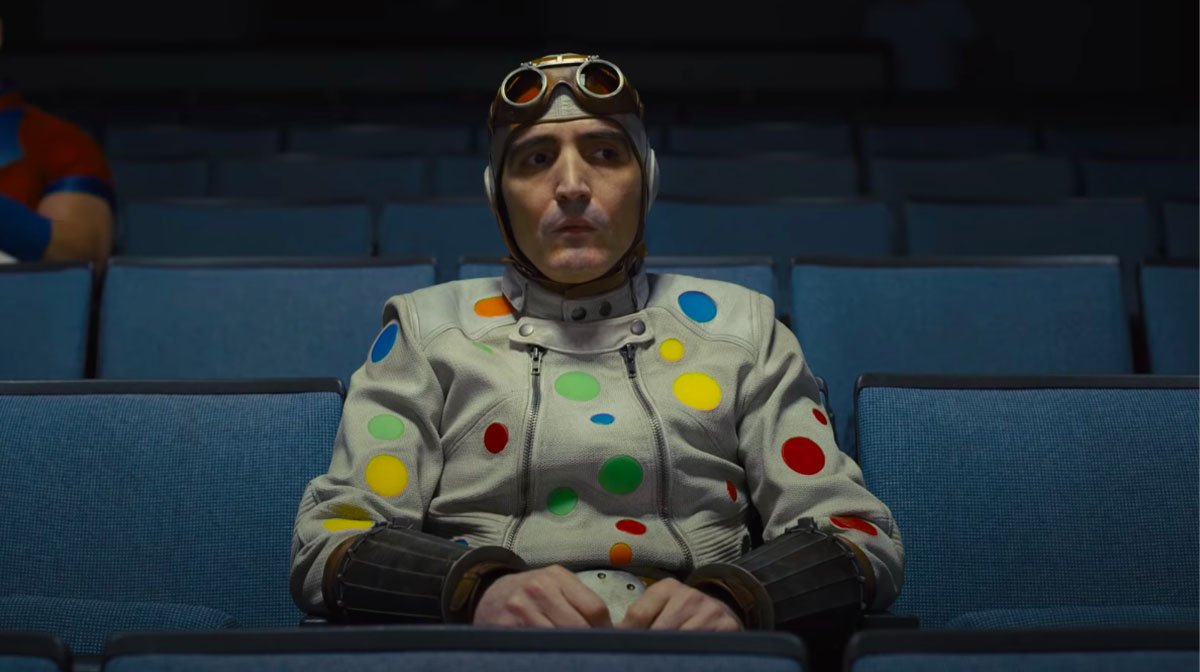 Zavvi: What are you most excited for audiences to see from you in The Suicide Squad as Polka-Dot Man? Personally, I’m hoping for some Buzzsaw Dots…

David: For audiences, I don’t know… I will say I’m very excited to have the experience of going to back to a cinema as someone who’s spent countless hours, weeks, months, years of my life engrossed in the fantastical worlds created by comic books – to see myself get to embody a character in a full costume in that kind of role, it’s a very special thing.

I know audiences are going to be transported, James Gunn is a master and he’s created something here that’s going to truly make their brains explode in a beautiful way. 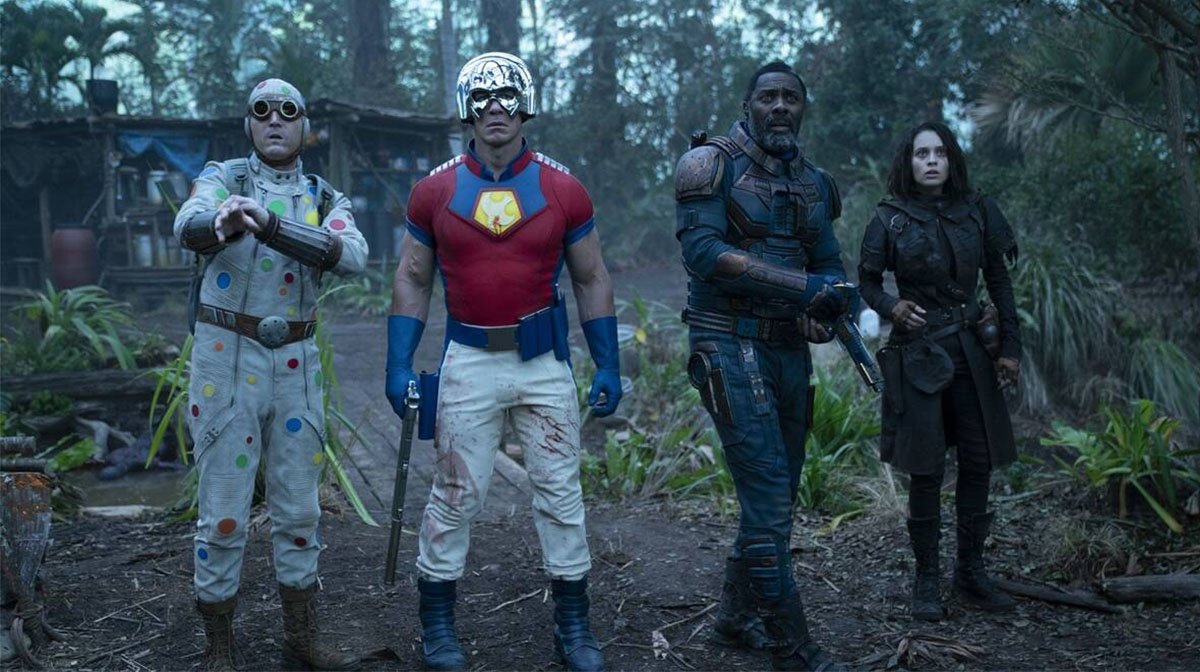 Zavvi: What can audiences expect from you in Batman: The Long Halloween, Part Two since you’re voicing both Calendar Man and Penguin?

David: Well, like I said man, this geek kid’s over the Batman moon! I will say that one of the wonderful things about The Long Halloween and the way the story unfolds is there’s a dark edge to this.

There’s a deep, sinister psychology in this storytelling that is really important to what has become of Batman, and the inner demons that Bruce Wayne has struggled with over the last thirty years, in the books as we’ve all been following the evolution of that character.

I think The Long Halloween comics really took Batman to some dark places he’d never been, and explored his skills as a detective while he’s up against a diverse, dangerous and chilling rogues gallery of villains. 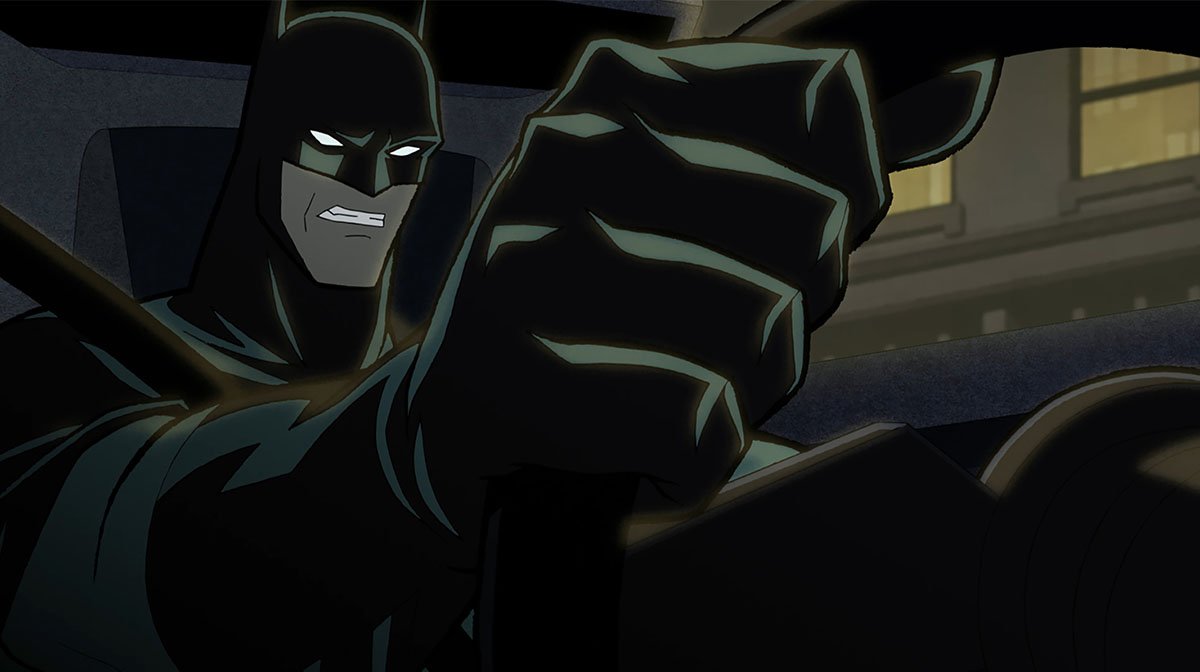 We’re talking about everyone from the mob to the most extreme characters in the DC universe such as Julian Day/Calendar Man, such as Oswald Cobblepot/The Penguin, such as Solomon Grundy!

There are so many fantastic characters that Loeb originally brought into this, and Sheridan has done such a beautiful job in the screenplay adaptation of this.

And the art! My god. I can’t wait for the fans to see how gorgeous the animation is. The style of this, it’s just.. Butch Lukich, who produced this, we spoke a lot about the vision he had for this film and the noir feeling that it does so beautifully.

I’m so excited for people to see it!

Batman: The Long Halloween, Part One is available on DVD, Blu-ray™ and Blu-ray™ steelbook from 21st June and on digital from 22nd June.