It was a regular Tuesday when actress Evan Rachel Wood got asked a far-from-regular question: ‘would you like to play Madonna?’

The email came from the team behind Funny Or Die, a comedy video website turned production company who she had previously worked with.

Director Eric Appel was about to realise a long-brewing dream to adapt a 2013 sketch about singer Al Yankovic into a feature-length movie, which would eventually become Weird: The Al Yankovic Story, streaming in the UK from Friday (4th November). 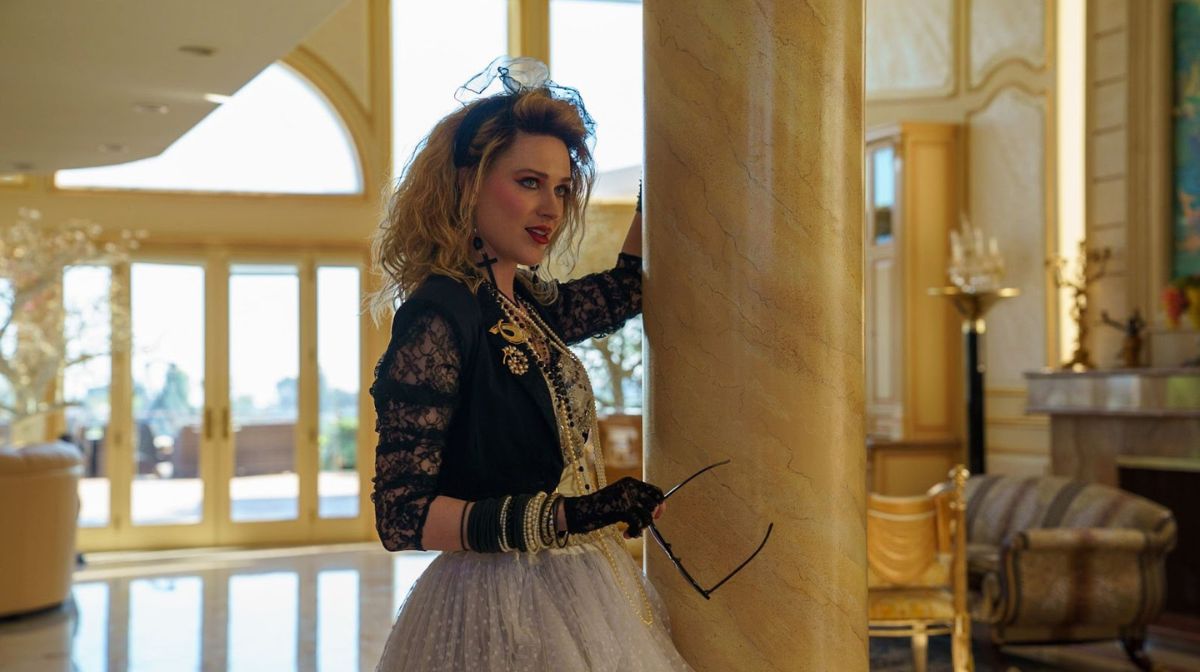 This over-the-top parody tears apart every single cliche of the traditional biopic as it tells the story of Yankovic’s meteoric rise to fame.

From overbearing parents to the deceiving yellow brick road of stardom, Weird places the singer at the centre of a hyperbolic extravaganza where he is treated as an accordion-playing messiah.

Making the whole thing even more of a treat is Daniel Radcliffe in the titular role, returning once more to comedy, a genre that fits him like a glove.

In comes Wood as his famed lover, Madonna herself, an explosive fake coupling that had fans frantically Googling ‘did Al Yankovic and Madonna ever date?’ after the film’s world premiere at the Toronto International Film Festival.

But did the parody set-up make it any easier for the actress to step into such big shoes? A little, says Wood in an exclusive interview with Zavvi:

“You don’t want to let people down when you are channeling Madonna in any way, especially that early eighties Madonna, that iconic look that we all just know and love, and wanted to be like. It was a parody, but I did take it seriously. 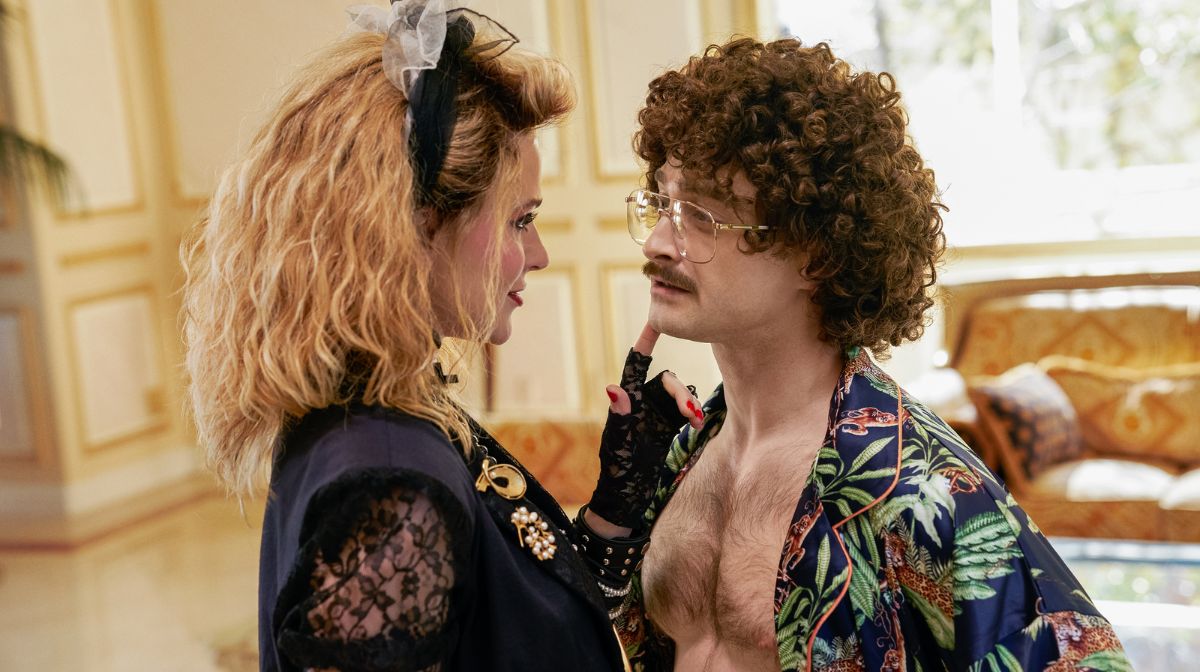 “I’m a Madonna fan and I wouldn’t want to go see a movie and be like, ‘yeah it was good, but they didn’t really do a good job’. So, I watched hours of footage and interviews, even though I knew I was playing a heightened version of her.

“I still wanted to have it rooted in reality and stay true to her and her mannerisms.”

The Madonna in Weird is not your by-the-books Material Girl. When asked about the inspirations behind her sociopath version of Madonna, the actress mentioned dipping into the archetypal villains seen in the 007 franchise. 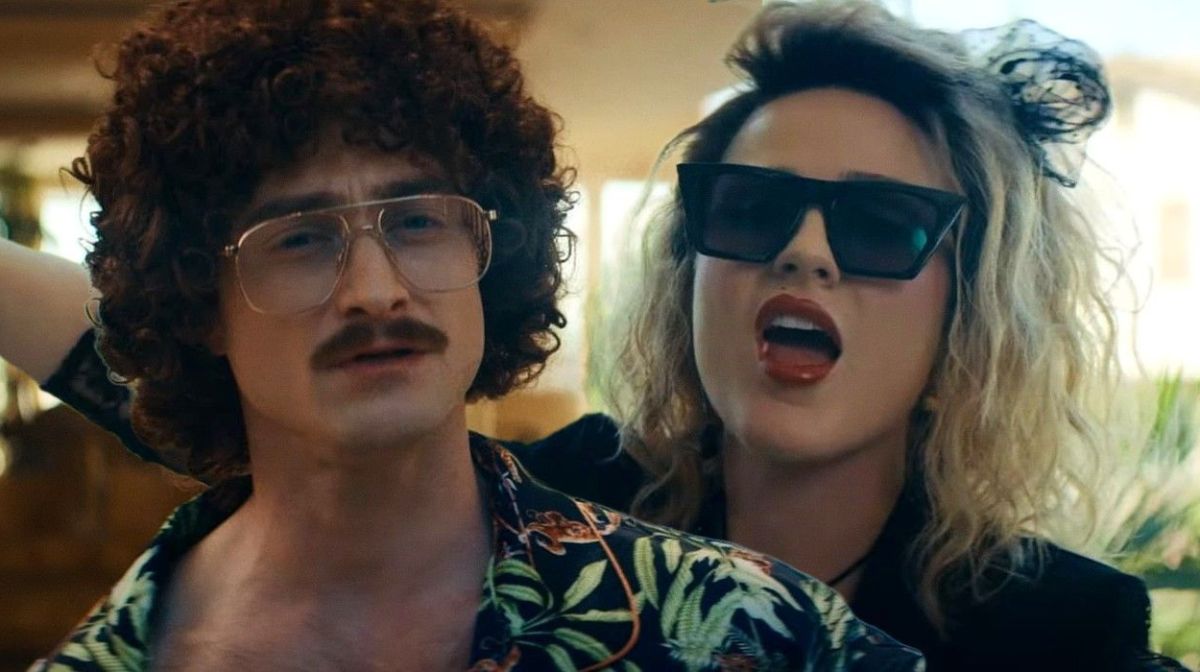 “There were all these moments when we were doing a scene, Dan would look away and my eyebrow would come up like this evil, menacing doctor. The evil Madonna came out!

“I think she’s a little Bond villain who is incognito for most of the time, so the evilness only truly comes out in certain moments.”

Wood’s Madonna is a walking potpourri of ’80s mannerisms, including constant gum chewing – “I would get headaches!”, she says, breaking into laughter. 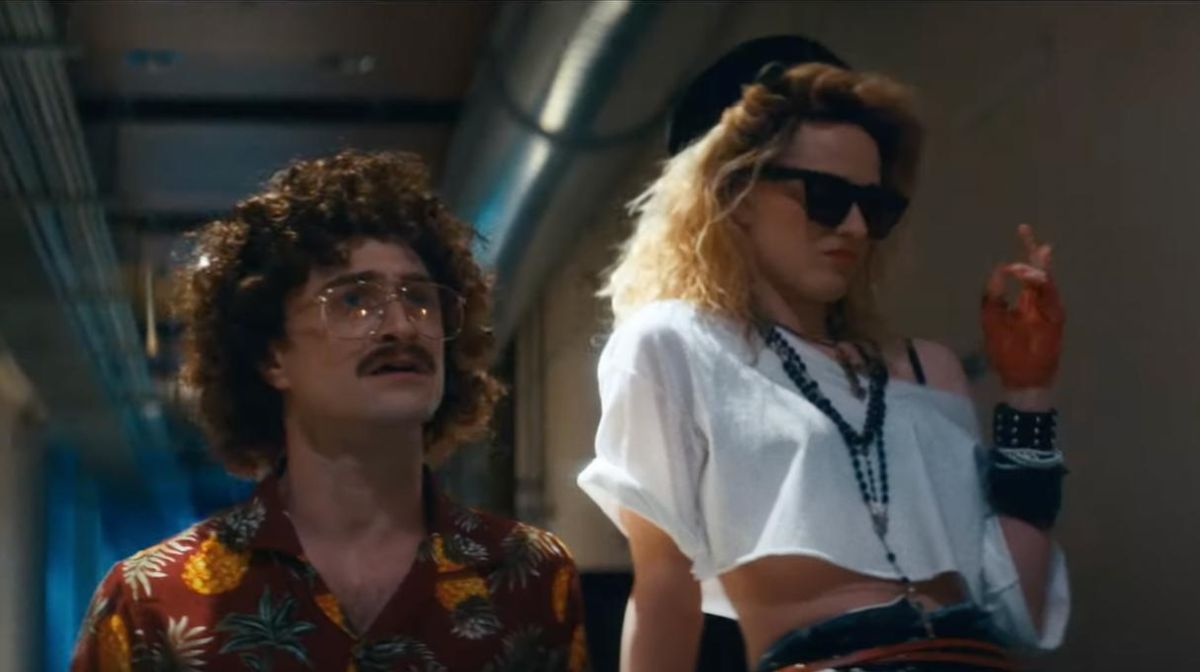 “It’s funny because I really wanted to wear false teeth so I could have the Madonna gap but the director said I couldn’t chew gum with false teeth, and it was such an important part of the comedy that we ended up choosing the gum. It was one or the other, and we went with the gum”.

On the wardrobe, another Madonna staple, Wood commented on the collaborative process with the costume design team: “We all brought up our favourite Madonna looks and, funnily enough, ended up picking many of the same outfits.

“We had these big wardrobe fittings, grabbing vintage pieces from the eighties, and throwing things together. It was a blast! It was always a bummer to not be Madonna anymore.” 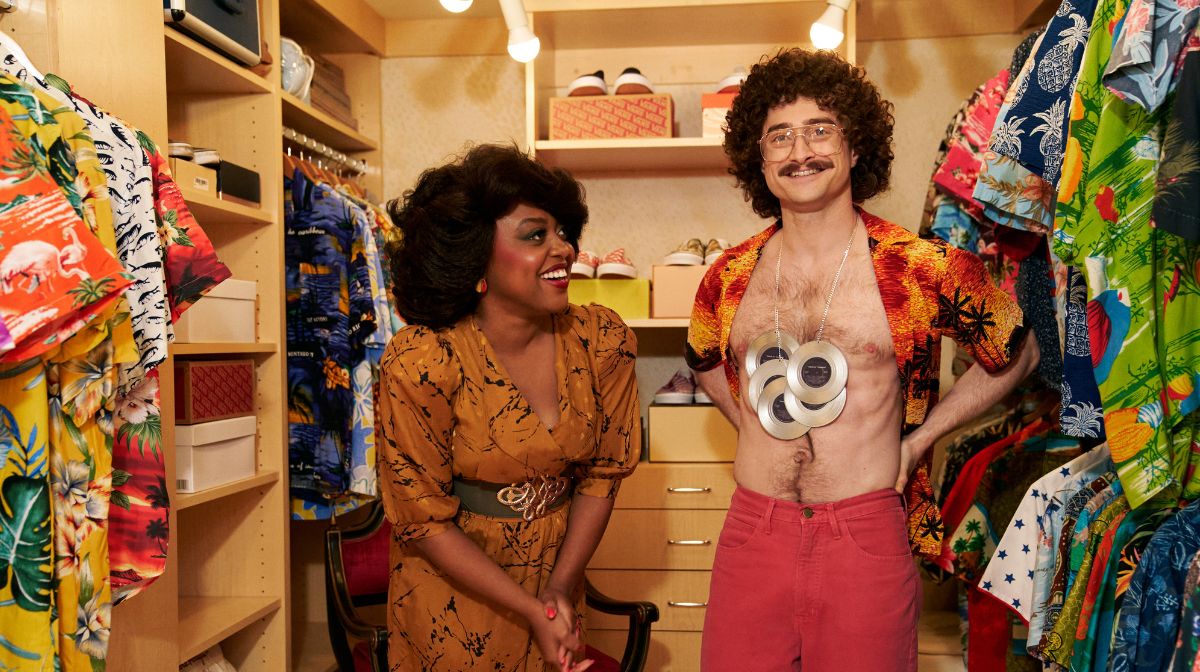 Did giving life to a real legend open the actress’ appetite for a biopic? “Not a Madonna one!”, she exclaims. “I am pretty sure she’s already got one in the works and I heard there was a Madonna bootcamp you had to go through. I didn’t have to do any of that!

“The reason I said yes to this one was that it wasn’t a Madonna biopic. I can play Madonna in a Weird Al film, but I don’t think I would be able to do it without having a panic attack if it was a Madonna biopic.

“Hats off to whoever is going to do that because it is a lot of pressure!” 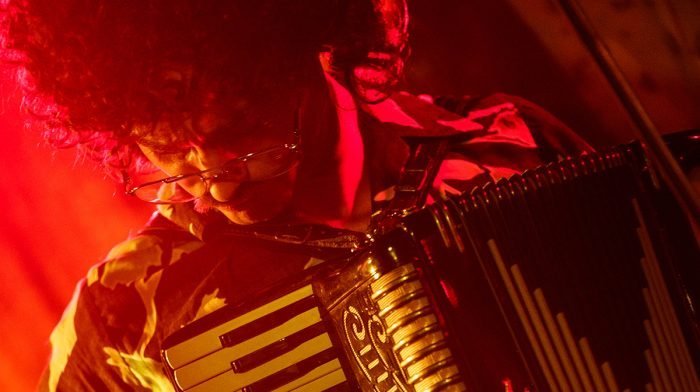 The actress would, however, be open to a biopic of her own life. “I think they would cast Rachel Brosnahan as I get confused with her a lot!

“I don’t know, people always get the details of my life wrong. There’s been very little reported about me that I feel was rooted in truth, so I would be slightly terrified to have somebody else tell my story because nobody ever gets it right.”

If a biopic of her life was ever to happen, Wood has the name for it at the tip of her tongue: Evan Rachel Did.

Weird: The Al Yankovic Story is streaming from Friday 4th November on The Roku Channel.

Read more from our interview with Evan Rachel Wood in the upcoming edition of our free digital magazine The Lowdown, releasing on Monday 7th November. Sign up here to get it sent straight to your inbox.