Picture this: you have just robbed a house, and whilst running away from the scene of the crime you are chased by a security guard. The cat-and-mouse pursuit only ends when the guard falls down a hole in the forest, getting stuck at the bottom of a deep well.

Do you put yourself at risk of arrest by helping them out of the hole? Or, do you keep running?

This is the question new movie Don’t Tell A Soul asks its audience, the directorial feature debut from Alex McAulay who is best known for writing the story of 2017 indie hit Flower.

Not only does the simple premise make for an effective thriller, but it also ensures the focus is on the complicated relationship between the two brothers which is the heart of the story. 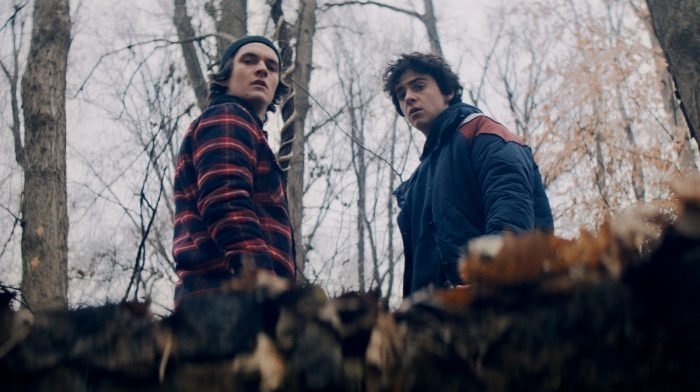 The chemistry between the pair is exceptional, and the secret to the success of the story as we are drawn in by the fascinating sibling relationship.

We spoke to Fionn Whitehead all about the new movie, independent filmmaking, and brotherhood. Also check out our interview with co-star Jack Dylan Grazer here. 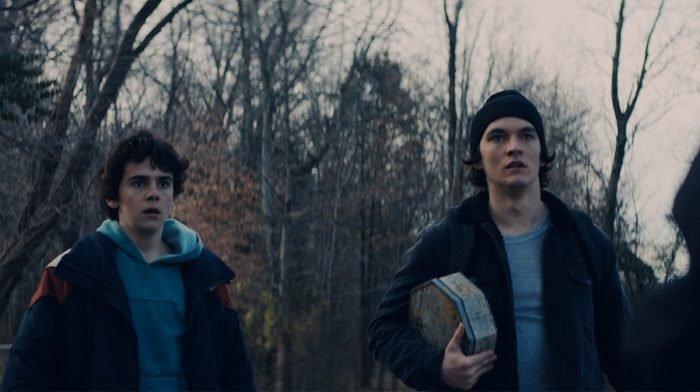 Zavvi: Congrats on the film! First things first, what drew you to this story?

Fionn: I just really loved the script and immediately told my agents I wanted to meet for this. I thought it was so compelling and the way Alex had written it, the script was very stylised and I found it a bit like watching a nature documentary.

All the characters are very animalistic, especially Matt, and there’s something really interesting about letting characters go to their extremes and give in to their darkest impulses, which Matt really does. 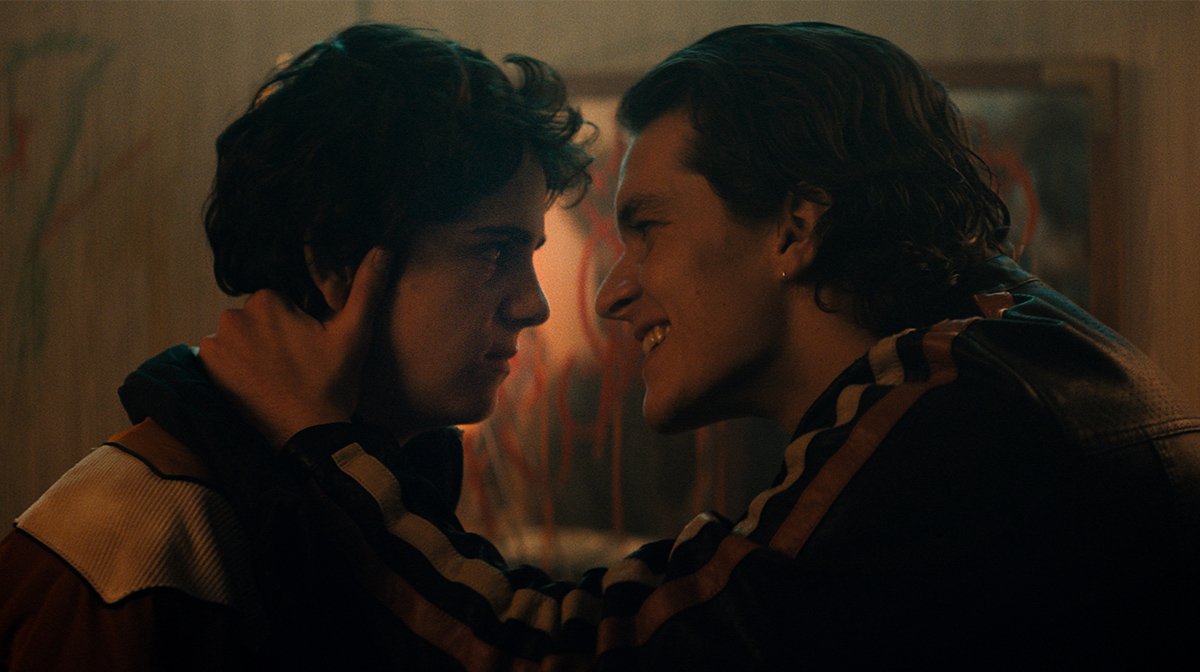 Zavvi: He does! He’s quite the bully, but there is a sympathetic edge to him so I’m keen to hear how you see the character?

Fionn: Matt is massively troubled and it’s what I believe in general for all people, that those violent outbursts and that anger comes from a place of pain and trauma, from his upbringing.

So there was a lot of thinking about his backstory, and his relationship with his dad, and that toxic situation, his only male role model being his dad who is a violent man.

He then tries to emulate that when he thinks he’s man of the house, so I came at it from that angle as it’s boring if you play anger as anger, there’s no truth in that. 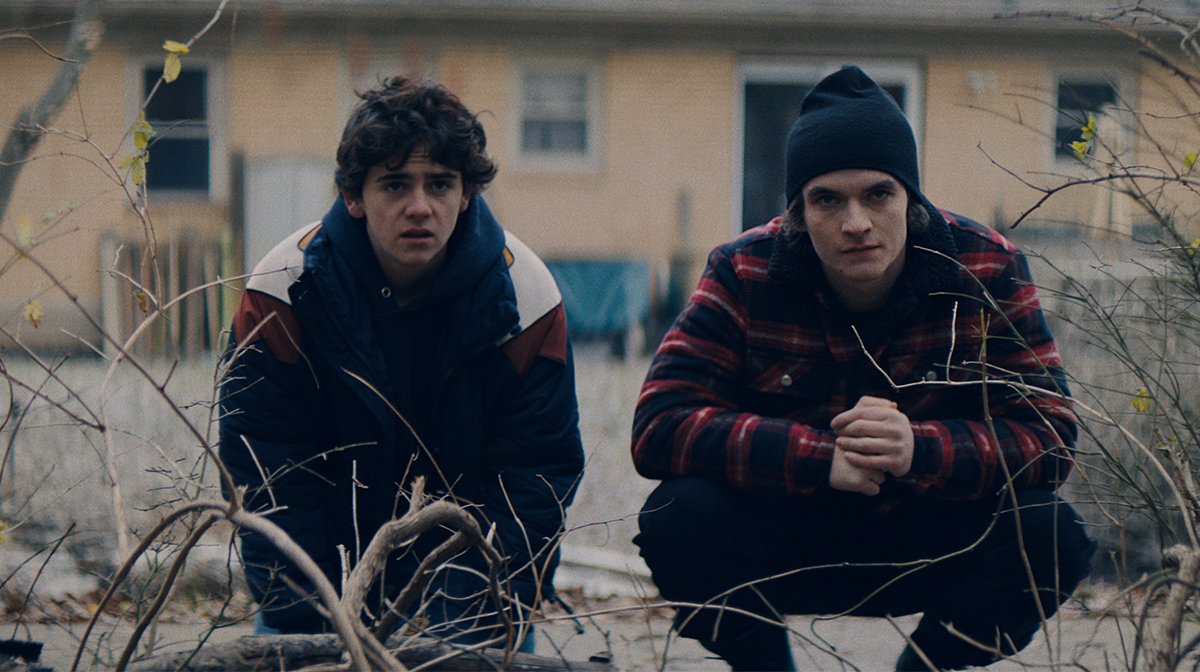 Zavvi: As you say it’s quite raw anger with Matt, so how do you prepare for the more emotionally charged scenes?

Fionn: I find doing scenes like that, the more angry ones, they are easier to do than something more emotional in a tragic way. I find it easier to tap into as most young people do because it’s the sort of thing that, they are impulses you don’t give into but ones you think about.

Like imagine if I grabbed a plastic bag and put it over Joey’s head, like Matt does. Also the sets really helped, they were incredible with the smoke rising in the background, it helped create a small-town mentality.

Zavvi: Speaking of the sets, I get the impression it’s quite confined, so what was the atmosphere like whilst filming? 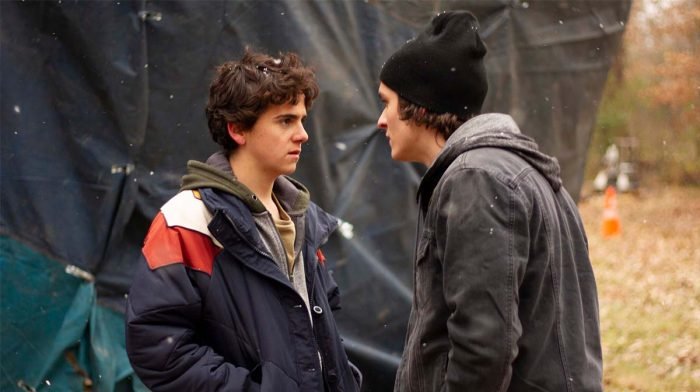 Fionn: Everyone got really close, we filmed the whole thing in four weeks in Kentucky, Louisville. We didn’t have long then so we bonded quite quickly.

It was a small crew and we got really lucky, everyone got on and I loved Louisville it was great. But I find that happens quite often on more independent films, when it’s scaled down, it’s easier to find that intimacy and build that relationship with the people you are working with which leads to better chemistry on screen.

Zavvi: And this film hinges on your chemistry with Jack, so what was it like working with him?

Fionn: It was great, I love Jack, he’s great. We didn’t meet until we flew out to film, but we rehearsed for like a week before shooting. But we got on straight away and we developed that brotherly relationship quickly.

I’m a bit older than him and I felt warmth towards him. He reminded me a lot of being a teenager, he’s a brilliant actor. 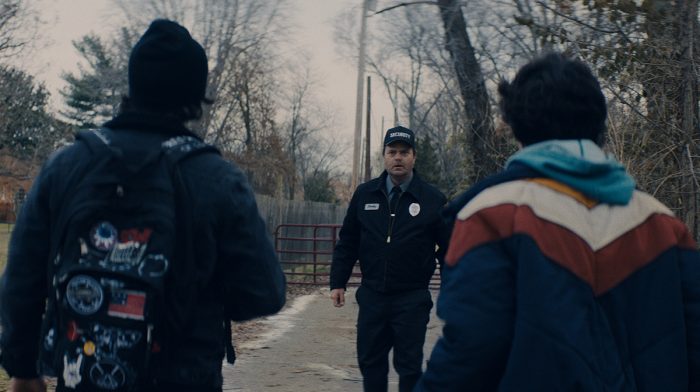 Zavvi: Rainn Wilson as well, he’s taken on a different role here. What was it like working with him, I imagine he’s a bit of a joker?

Fionn: He is for sure, he’s hilarious. He’s a lovely guy, super professional and a brilliant actor, he smashed it in this.

He does joke around a lot, but he knows when to not do it, but he often had me in stitches before takes so I was trying not to crack up at some obscure joke. 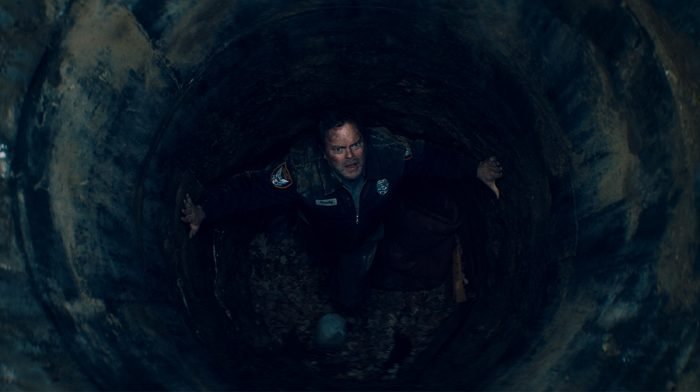 Zavvi: Of course most people will know you from your breakthrough role in Dunkirk and although it’s a very different movie, would you say you took any lessons from that experience to Don’t Tell A Soul?

Fionn: Yeah definitely. You learn something new on every job and I learnt so much on that, it was only my second job.

So for sure, I took stuff to this film even though they are totally different. One was on a huge scale with massive sets with spitfires flying overhead whilst Don’t Tell A Soul was very confined.

But I take the lessons I learned from Dunkirk to everything I do. I was so unbelievably lucky to do that film, especially so early on in my career. 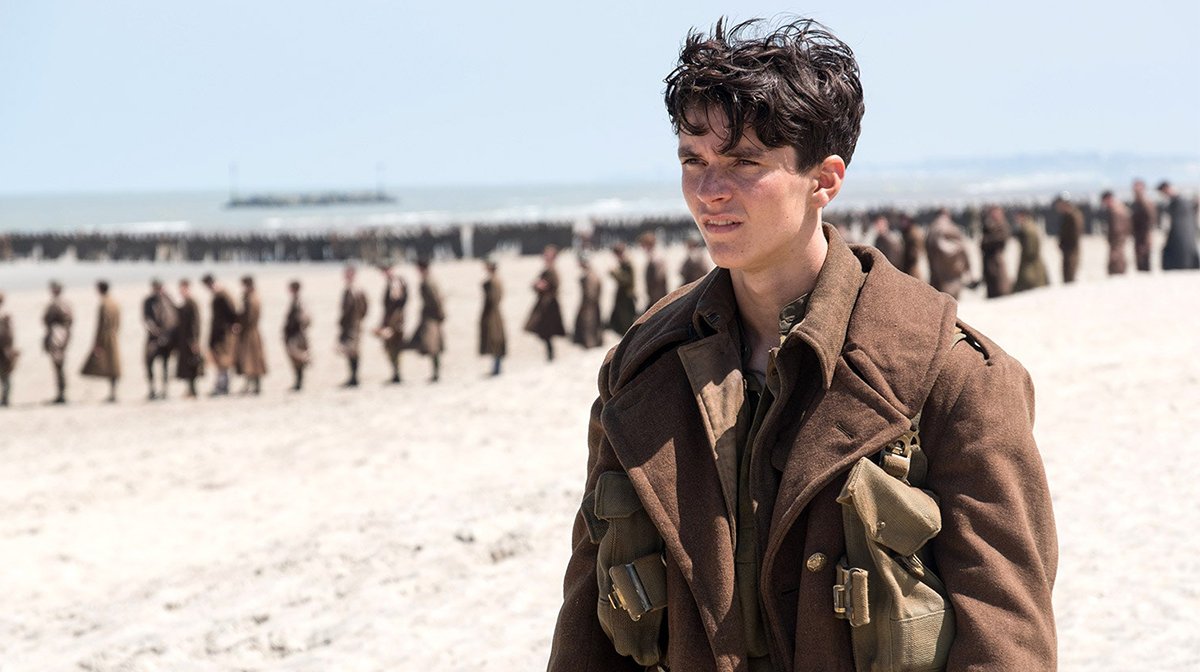 Zavvi: I understand you have a brother yourself and so I’m intrigued, did you take anything from that relationship to Don’t Tell A Soul, although I imagine it’s a very different relationship?

Fionn: For sure. I think all brothers fight when you are kids. I used to fight with my sisters as well who kept me in check.

We weren’t like Matt and Joey, but he was a lot bigger than me, I was more like Joey. Maybe I was letting out some pent up stuff from childhood, letting me live my dream of being the older brother.

The relationship between brothers is such a specific thing, we love each other but there were times as kids we pushed it too far so it turned volatile.

But that bond cut through everything, even during big fights, you are always brothers and love each other even if you don’t say it all the time.

Don’t Tell A Soul is available to watch on digital download.