Actor Gabriel LaBelle never imagined he’d play a young Steven Spielberg in a movie – not least because he didn’t realise this was the role he was auditioning for.

“At the first audition, the script was listed as ‘Untitled Amblin Film’ and the character’s name was ‘teenage Sammy’”, LaBelle laughed to Zavvi.

“All it said about him was that he was a smart kid from the 1960s – you read the name ‘teenage Sammy’ and assume that’s a brief role in the first act before we get ‘adult Sammy’ for the rest of the movie. 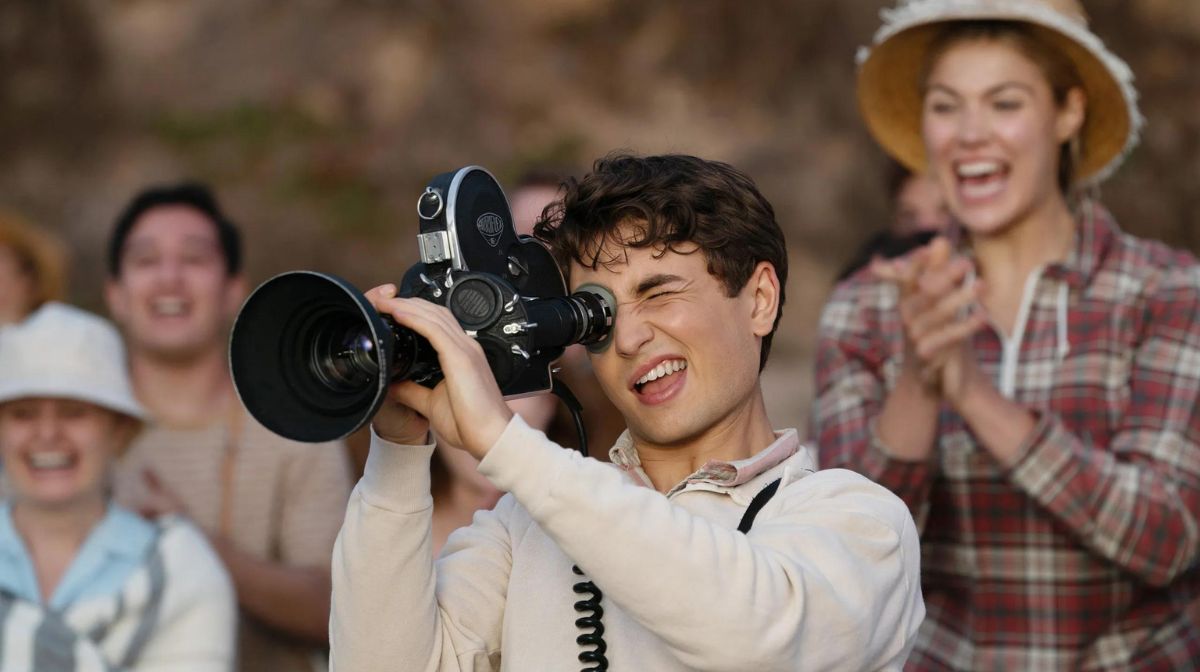 “I didn’t hear back until months after my first audition and by this point, I’d seen the news that Paul Dano and Michelle Williams were going to star in a biopic of Steven Spielberg’s life.

“Of course I assumed they’d be the leads – then I got cast and was sent the full script. I kept turning the page, waiting for the character of ‘adult Sammy’ to take over from ‘teenage Sammy’. That’s when I realised I was the lead and on every single page.”

The Fabelmans may be a lightly fictionalised account of Spielberg’s formative years, but the film is by no means a simplistic tale of a budding young filmmaker falling in love with cinema for the first time, like so many directors’ autobiographical efforts. 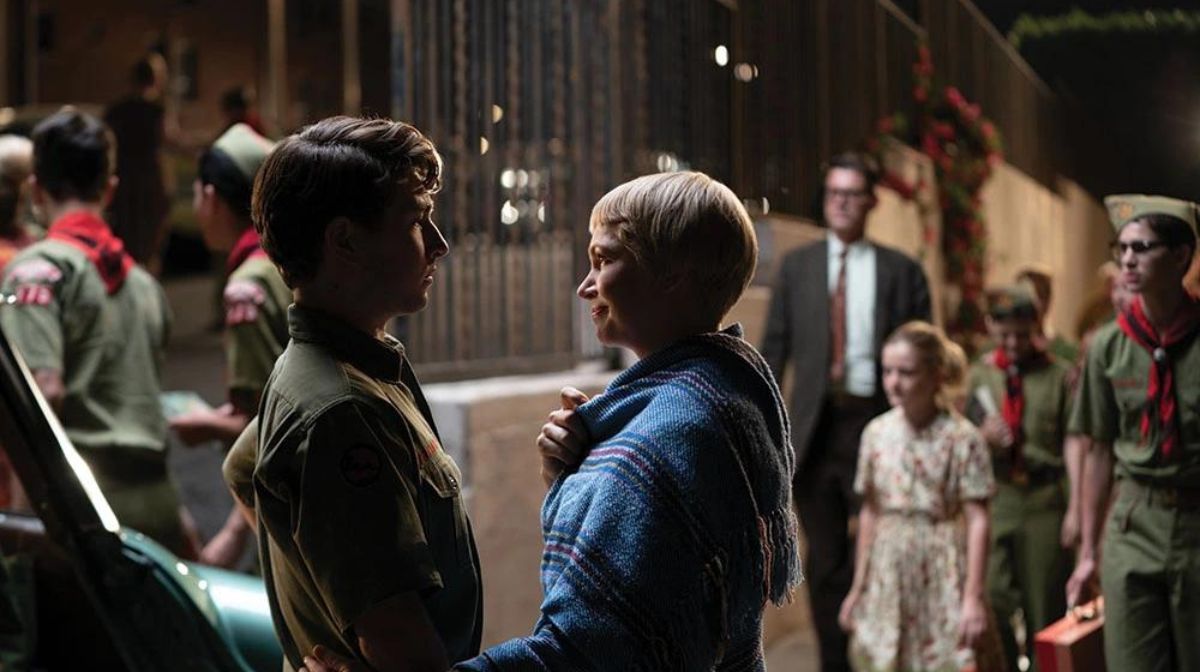 Instead, this is a more complex drama analysing the profound effect the divorce of Spielberg’s parents (whose surrogate characters are here played by Dano and Williams) had on him, and how it shaped the films he went on to make.

Despite this, the director encouraged his young star to veer away from anything approaching an “impersonation” of what he imagined a teen Spielberg would look like.

“I asked him how much of it happened and he told me ‘all of it’. But nobody knows what he was like sixty years ago, so I never bothered impersonating him – his posture, his walk, and his smile, everything physical came from me and not from looking at him. 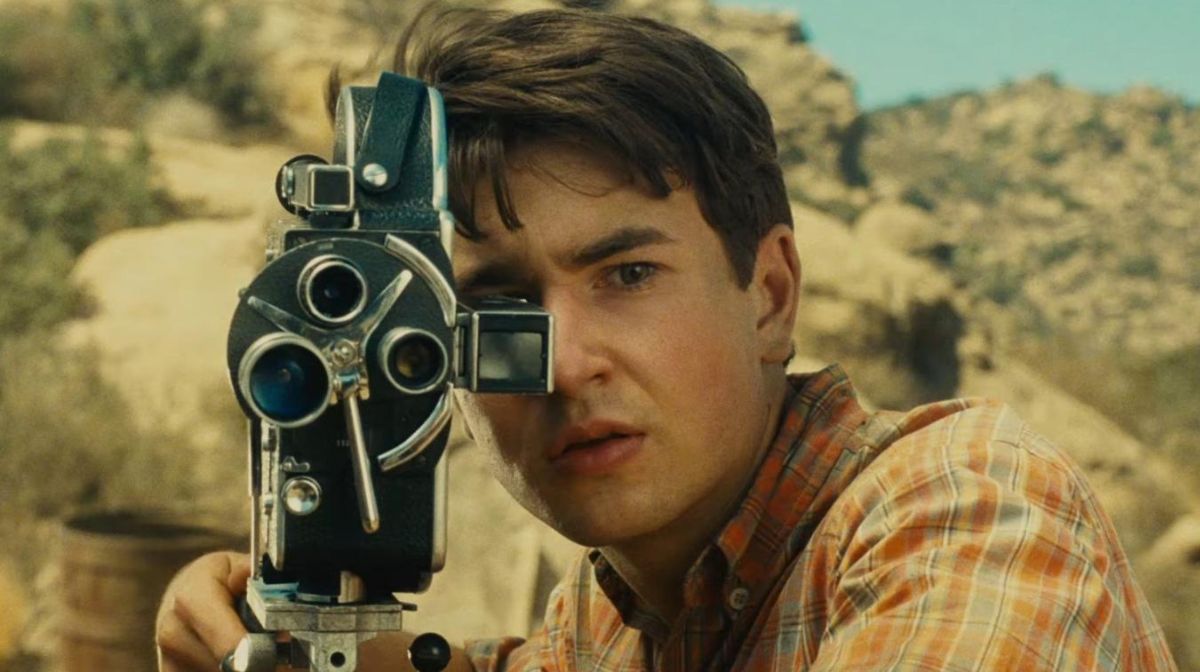 “The main thing I was getting to grips with while preparing was why he was telling this story now and not at an earlier point in his career, just as much as working out the shifting perspectives in his relationships to the other characters.

“I was able to put my answers to all of this in the character’s head, so Sammy Fableman exists in the middle of a Venn diagram between what’s me and what’s Spielberg.”

Despite keeping anything resembling the real man completely internal during his performance, LaBelle was aided by being granted access to the director’s personal archives. 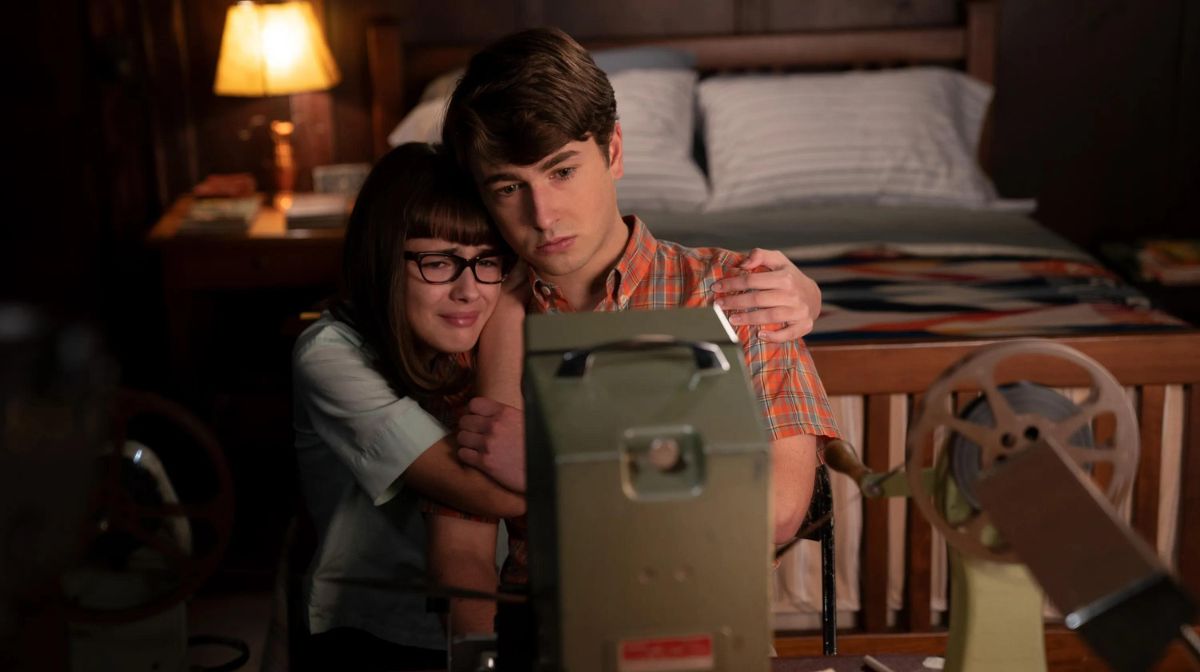 Much like his on-screen counterpart, Spielberg constantly filmed his family with 8mm cameras, with the actor getting to see these real interactions and how this early attempt at filmmaking shaped who he is as an artist today.

But even with these visual aids, LaBelle tried to ensure the physical similarities were only there in the broadest sense, explaining:

“That footage was interesting as you can see the way he’s changed throughout the years. He used to have this intense posture, wearing tucked-in shirts and neatly combed hair – he looked like the typical all-American man!

“He presented himself as confident even though we know he wasn’t back then, which is what I needed to tap into with who Sammy Fabelman was in a way that was interesting: someone who presents himself to the world as confident despite how much he is hiding.

“It’s much different from Spielberg’s posture now. The centre of his energy is in his hips and he walks around with his head down – he doesn’t need good posture. He’s Steven Spielberg, he’s not walking for anybody but himself!”

Spielberg’s claim that the entire movie is based on fact will likely make some audiences question whether or not he’s telling the truth. 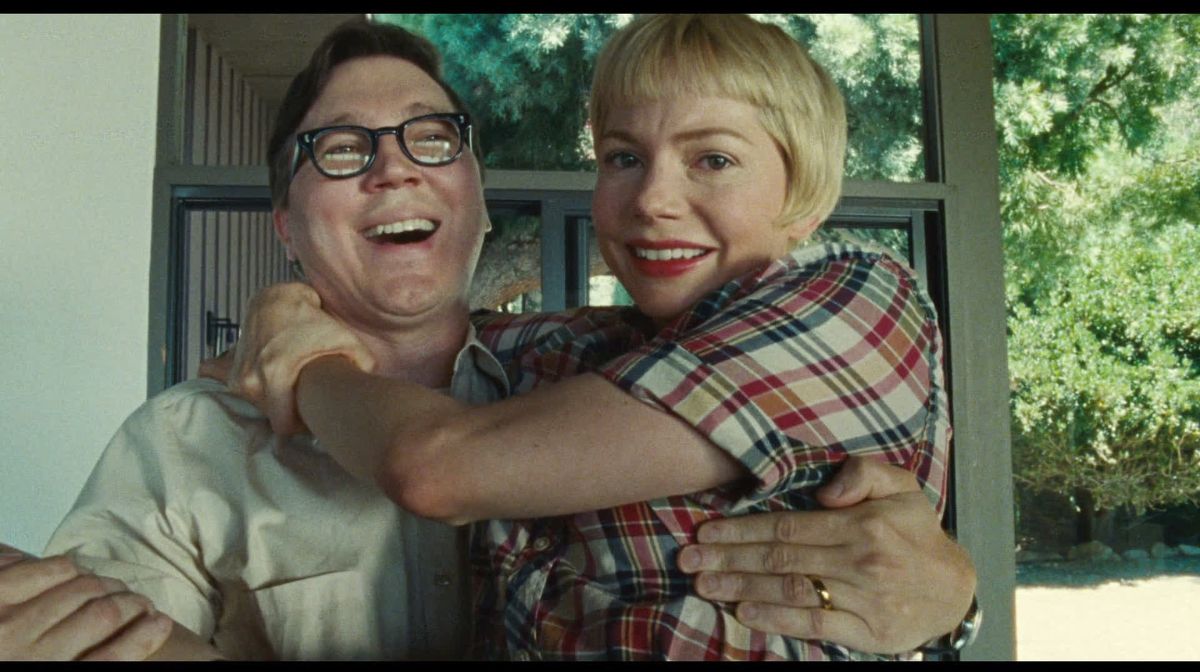 At one point in the film, after the family move to Los Angeles, Williams’ matriarch Mitzi Fabelman channels her anguish at leaving behind the friend with whom she’s having an emotional affair (Bennie, played by Seth Rogen) through buying a monkey that’s named after him.

Remarkably, this tangent is based on reality, and is one of the more memorable moments of the shoot, with LaBelle laughing: “Crystal the monkey, she was a diva! She wouldn’t come out of her trailer unless she had a certain amount of bananas – an absolute nightmare!”

Since the film’s release in America last November, fans have been quick to get on social media to play armchair psychiatrists, analysing the autobiographical tale between the lines for hidden secrets about Spielberg’s life. 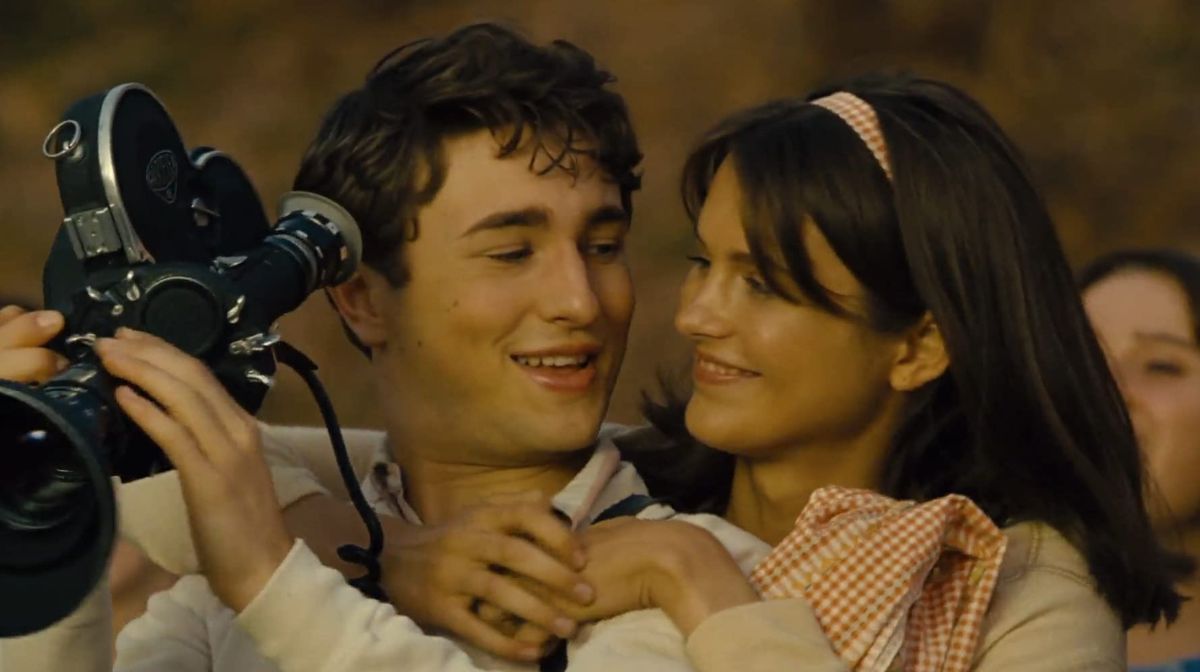 One of the more stand-out theories that has gained surprising traction on Twitter is that the director’s on-screen counterpart is either gay or bisexual, with the film maybe representing a stealth ‘coming out’ for the veteran filmmaker – yes, really.

This all stems from a single sequence in the film, in which one of the school projects Sammy makes depicts his school bully Logan (Sam Rechner) playing volleyball in a semi-homoerotic light.

For the 20-year-old LaBelle, who proudly claims to not be on any social media platform, being informed of this discourse took him by surprise. 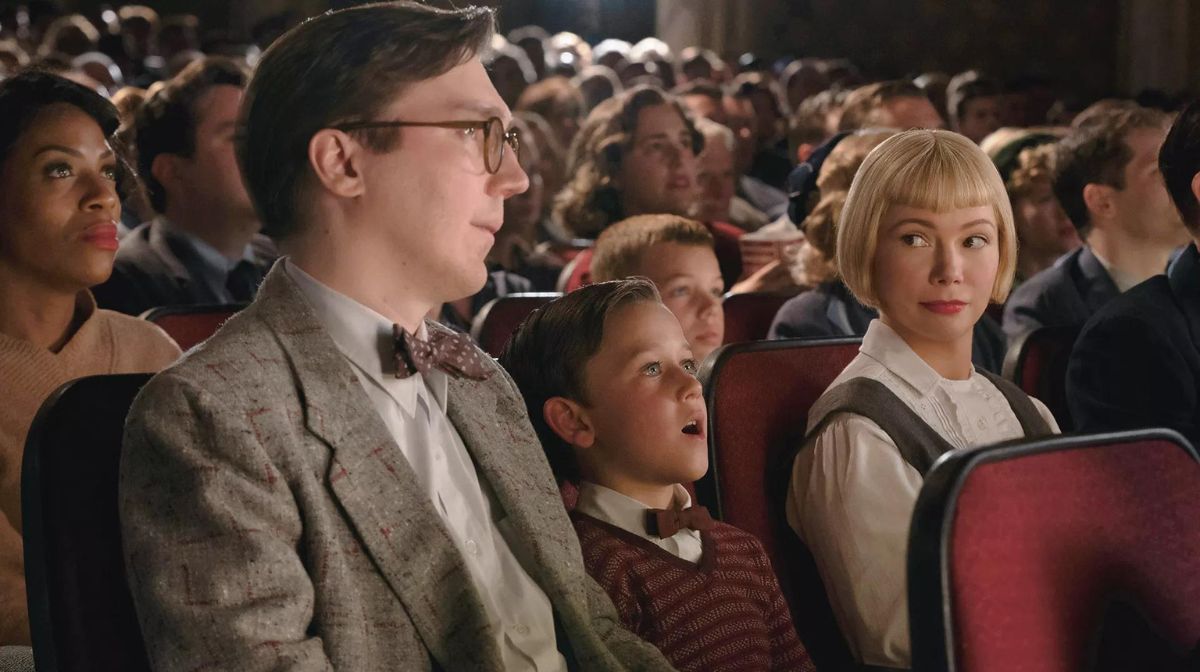 “I mean, it’s a hot day at the beach, of course they’re going to be shirtless playing volleyball! Would it still be homoerotic if that scene took place at a frozen lake while they were playing hockey?

“Sammy does have an odd fascination with Logan and really wants to be accepted by him. I do think there’s something there, in the way he wants to be liked by him – but why is that? Well, that’s up to the audience’s interpretation, of course…”

With LaBelle being offline, he’s managed to avoid getting sucked into the hype cycle since the film’s premiere, with many labelling it as one of this year’s Oscar frontrunners.

He’s even managed to avoid discovering the various ‘fancams’ (fan-made montage clips typically set to vibrant pop or hip hop soundtracks} that have been made for his character on TikTok – although he seemed eager to check them out once I explained what a fancam was.

However, with the film’s impending awards success, he is one step closer to achieving his lifelong dream. “I’ve wanted to direct since I was 12 years old. And to be working with Steven Spielberg for three months and seeing him at work? Well, that’s validating that you can do it yourself.”

The Fabelmans is released in UK cinemas on Friday 27th January.