When in August 2014 headlines broke the news that Robin Williams had passed away, it shook the world, hitting us like a sledgehammer.

His death still feels as raw as when we first said a sorrowful goodbye to a man who was loved by many. Describing him as an icon wouldn’t even do justice to the work Williams did both on and off screen, and the impact he had on millions.

With everyone in shock at his tragic and sudden passing, what followed was a media circus of fake news which obscured the truth about Williams’ death.

Even when his widow, Susan Schneider Williams, later revealed following an autopsy and examination of his brain tissue that he had the devastating condition Lewy Body Dementia, his diagnosis is still relatively unknown. 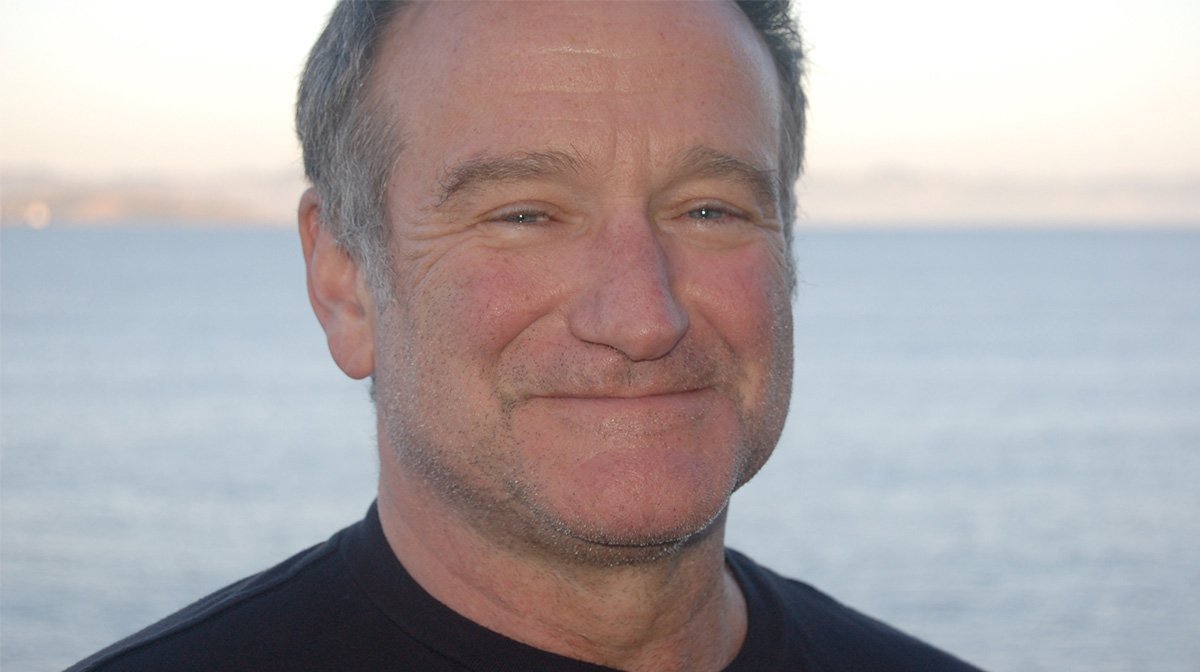 Williams had in fact lost the battle against a disease he hadn’t been diagnosed with until his autopsy, with Lewy Body Dementia (LBD) being incurable and significantly affecting the late actor.

Causing severe psychiatric symptoms including anxiety, depression, paranoia, memory loss and hallucinations, it took Williams’ life and currently affects more than one million people in America, but still awareness about the condition is low.

Which is what Susan and director Tylor Norwood hope to change with documentary Robin’s Wish, which is released today in the UK.

Telling the true story of what happened to Williams in his final days, the emotional movie reveals there was much more to the story than previously thought, with his widow Susan, his friends and colleagues speaking out for the first time about the disease Robin battled.

The aim of the film is to not only let fans know what really happened to the beloved comedian, answering all those previously unanswered questions and clearing any remaining misconceptions, but it also hopes to spread awareness about LBD, hopefully aiding towards earlier diagnosis so friends and families can understand what is happening to their loved ones.

We spoke to director Tylor Norwood about making the documentary with Susan, why he initially turned down the movie, what it reveals about Williams and what he hopes the film will achieve. 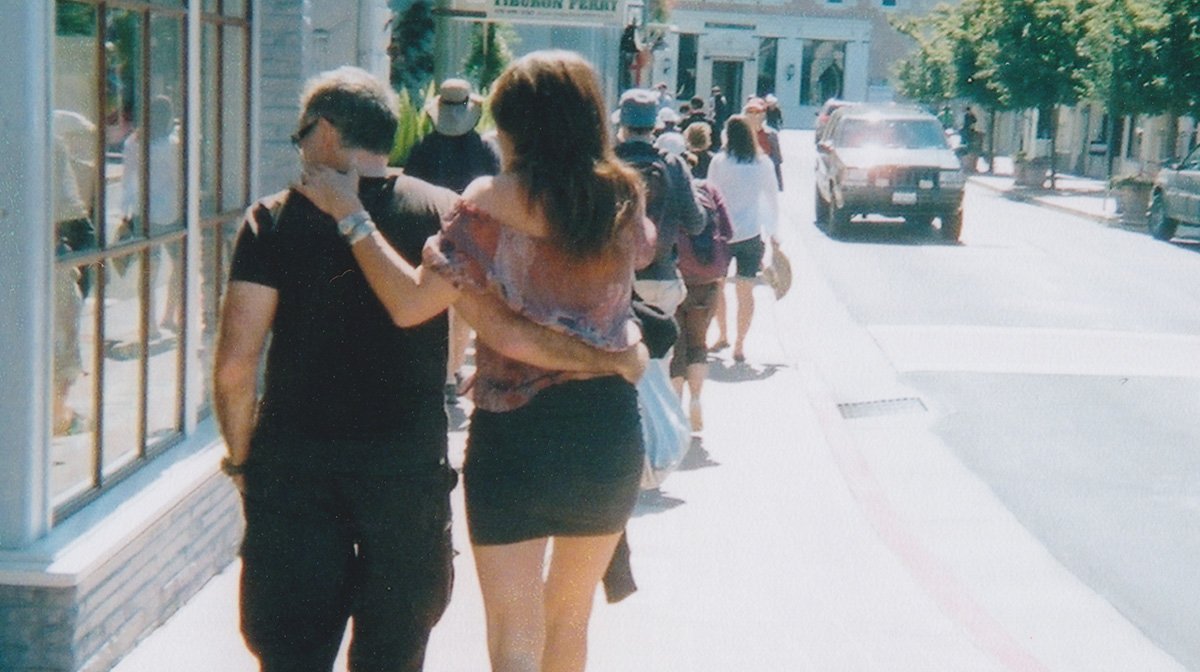 Zavvi: It is a very moving and affecting film – you and Susan have done such a great job telling this important story. I understand though you initially said no to making it?

Tylor: When Susan reached out to me about making a movie about Lewy Body Dementia, she didn’t mention Robin Williams at all. He had been gone for a year and a half, she was still fresh with the diagnosis, and as a widow she was trying to understand the thing that ended her husband’s life.

She was talking to scientists, learning about the disease and when she came to me through a friend of a friend, she was describing wanting to make this scientific documentary.

I didn’t want to do any of that, my other work is very human stories. 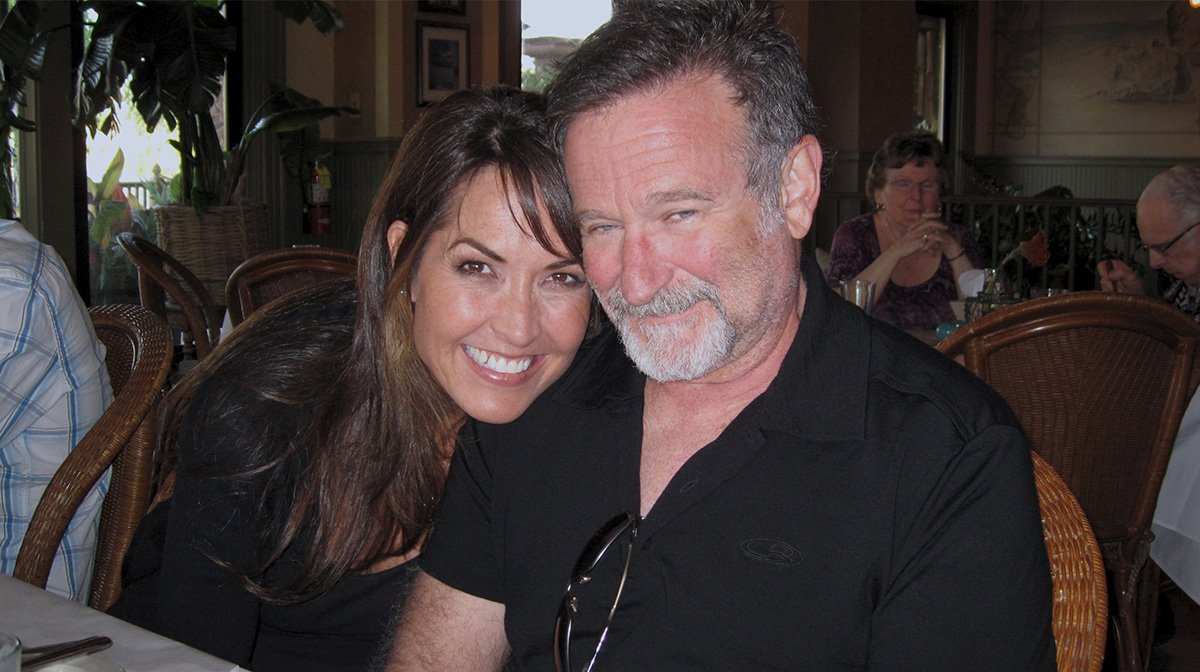 Zavvi: So what made you change your mind?

Tylor: Well I’m a Robin fan myself, and also I told Susan ‘it’s going to be like two years before you see the thing, what is going to sustain you through that’.

She said well it’s what Robin had and she goes into all of these stories. It was powerful, emotional and beautiful. It was a love story, but also a tragedy. It revealed Robin’s character in a beautiful way.

I thought if there was a chance of that being the movie, I would do that movie. 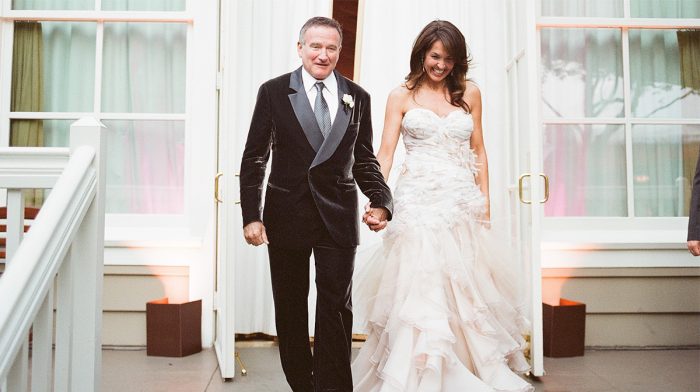 At first she was like scared and nervous to be on camera about it. So I said let’s do some initial interviews and if it’s going where we want to go, we can take it from there.

So we did that and I was sold.

Her way of dealing with the trauma of losing Robin, she had binders filled with every moment she could remember. She laid out this total chronology from the moment they met, to the moment he passed. This complete record was so vulnerable and open. She was giving me everything. 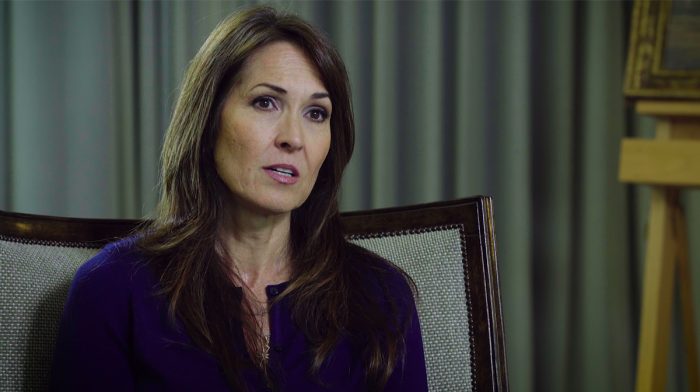 Zavvi: I found myself in awe at both her openness and strength. How did the other interviewees become involved?

Tylor: I was like ‘there is definitely a movie here but I think we need to bring more people into it’. There is stuff Susan wasn’t qualified to talk about.

She knew about the stuff that happened on set as he would call her having a panic attack or something like that, but she wasn’t there and we needed others to verify it. So we went and did that.

So we have 17 people in this including Shawn Levy and David E. Kelley who are giants in Hollywood. All of this gave us the complete record. So this thing we started with which I didn’t want anything to do with, is now something I’m so proud to be a part of. 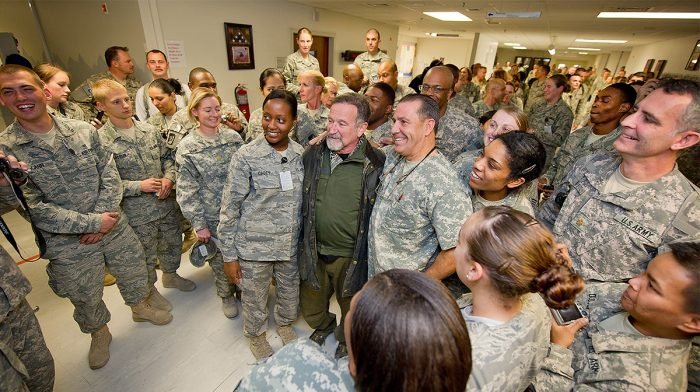 Zavvi: Did it ever weigh down on you the importance of this story, and the significance of Williams’ legacy?

Tylor: Yes. I have profound respect for his widow and I deeply wanted to get this right for her. This was something she was trusting me with.

And when the other interviewees got involved, that added another responsibility to the narrative. I didn’t want to fail all these people who loved this man, who by the way also happens to be a global superstar and generational talent.

I didn’t want to screw up this beautiful gesture of them coming forward for the first time publicly, to say something about this person that is true. And a lot of it is messy. What happened to him is a big deal and it was difficult. 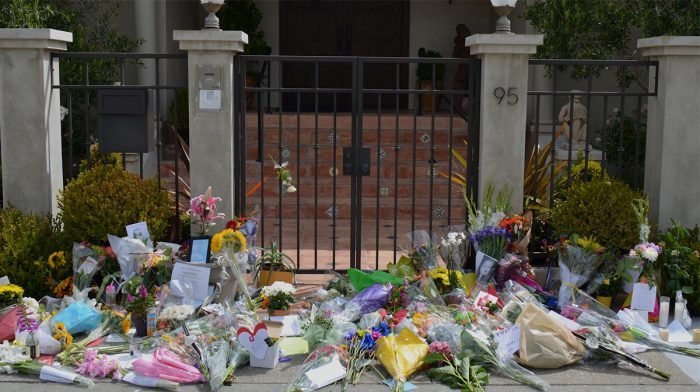 Zavvi: The film aims to clear up any misconceptions which remain after rumours circulated about his death. Did you find your perspective changed on Williams during the making of this movie?

Tylor: Yes. When he passed there were early reports of him running out of money, being back on drugs and the most invasive ones said he was just depressed.

As a fan it put me in a place where I now felt I didn’t know this guy, and maybe I had been fooled for all these years. It didn’t feel right and it didn’t feel like something I wanted to invite into my life anymore. So I stopped watching his films.

So when I started making the film and was talking to all of these people who were opening up for the first time, I kept getting a record of a man I deeply respected because he was kind, resilient, worked through his difficulties and worked hard to be giving.

He was faced with a terminal brain disease, and he stayed kind, generous and loving. The fact on the last night of his life he went to a neighbour and asked for a hug, he was not someone who left the world angry. 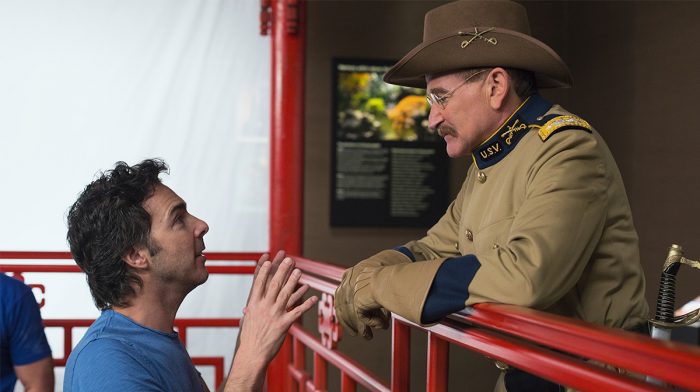 As [Night At The Museum 3: Secret Of The Tomb director] Shawn Levy in the film tells us, Robin would call Shawn and say he didn’t feel like himself any more, asking if his work was any good. He was listening to a guy who wasn’t himself, and thought that was unforgiveable. Robin was trying to be of service and he was struggling to do it.

He faced the disease in the way he did the rest of his life. He rose and shone and became the person we all hoped we would be in those moments.

At some point there was this culmination, and you can’t ignore a consistent record from people across the board who said this is a beautiful human being. If you loved who he was in his movies, the real guy was even better.

That made emotional sense, and there was a moment when it felt true compared to these flimsy ideas like he had ran out of money. That gave me the hope I could give this experience to others. 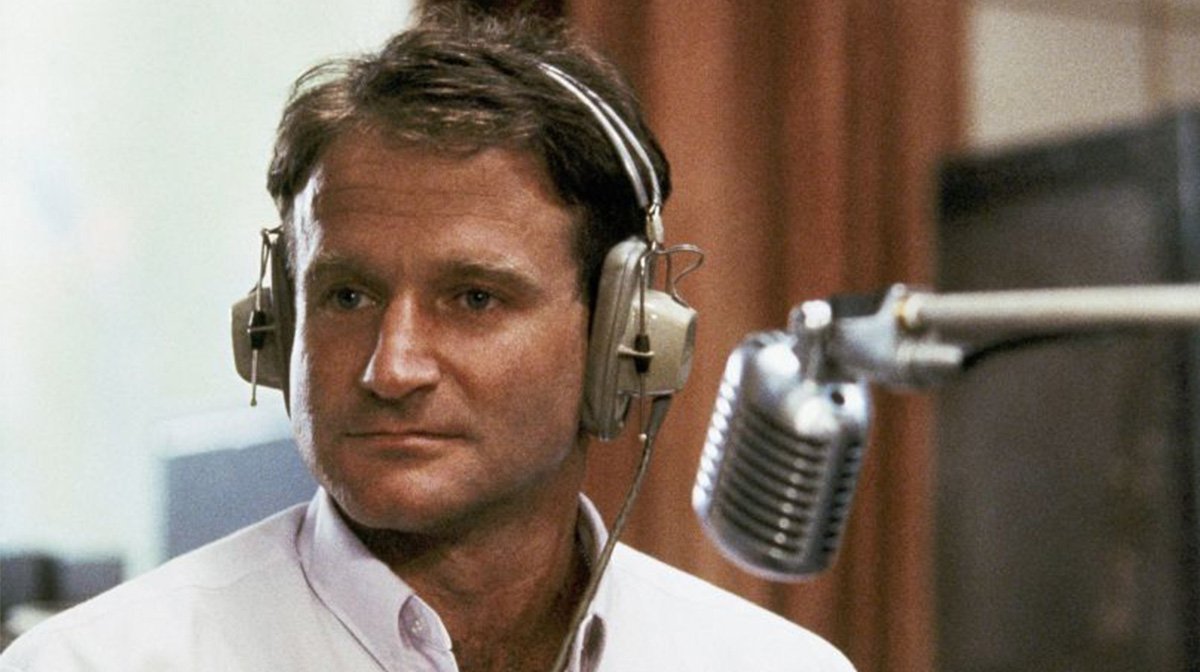 Zavvi: Yes. I learnt a lot more about Williams’ condition and him as a person watching this. So I hope others do too.

Tylor: Yeah. The note from him at the very end of the film. After he and Susan got married, they looked at what the rest of their lives would be about. He wrote that note and after he passed, she read it.

It was this wish that he could help people be less afraid. His most prevailing concern was others. I don’t think you could leave a better legacy. That’s who he was and it was clear to me that was what his life had been about. Comedy, acting and art can help us forget our fears.

His guiding principle of being of service allowed him to find strength in moments of weakness.

It’s a record so everyone can have a better understanding of this person. You can find him, connect with him again and rediscover what a gift he was.

ROBIN’S WISH is out now on digital and on demand on all major platforms. For more information please go to this website.