Over the past years actor Richard Brake has become known for playing some of cinema and television’s most iconic bad guys, whether it be The Night King in Game Of Thrones, or Joe Chill in Batman Begins.

In his newest movie though, Arthur And Merlin: Knights Of Camelot, Brake portrays the famous wizard Merlin, as he guides a troubled Arthur who is struggling to fulfill his destiny and be the King his nation needs.

We chatted to Brake about taking on such a legendary character, also discussing all things Game Of Thrones, Batman Begins and working with director Christopher Nolan. 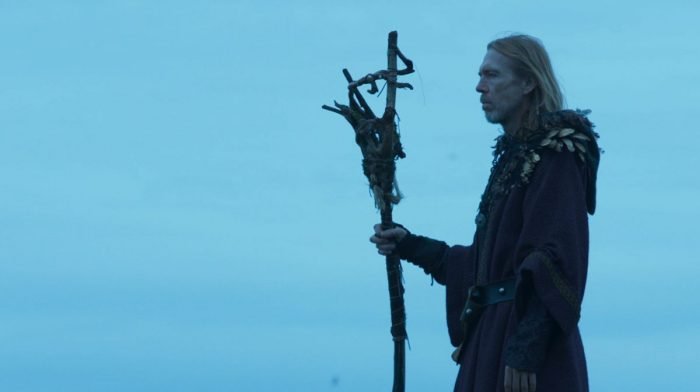 Zavvi: What drew you to this story? How did you get involved with this movie?

Richard: First and foremost, it was the director Giles Alderson, who I had worked with before on The Dare. He texted me one afternoon and said are you available in a couple of weeks to play Merlin in a film I am shooting. He is a fantastic director so I said yeah, without a doubt.

But I did have the thought, another Arthur story? That seems odd. Then they sent me the script and it was such a different take on Arthur, he was much more down and out in the story so I got it, and thought it would be cool. And two weeks later I was on a train to Wales! 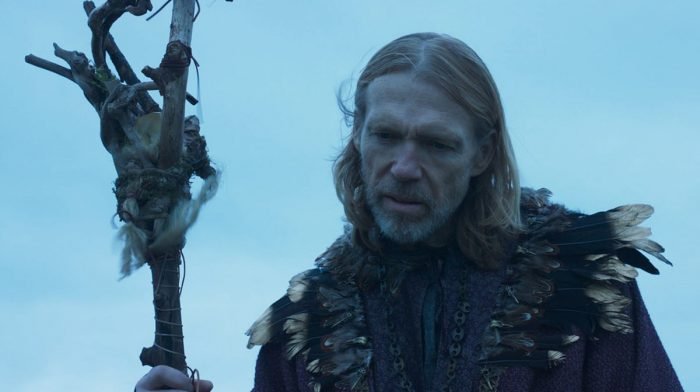 Zavvi: Of course, ready to start shooting. Have you always been a fan of the legendary Arthur, Merlin and Knights Of The Round Table stories?

Richard: Yeah, and I have always loved Merlin, and wanted to play him, so it was a great honour. One of the things I love about being an actor is you get to play characters you wanted to be as a kid.

Zavvi: As you mentioned, there have been countless adaptations of these stories. Why do you think they still have appeal today?

Richard: There has always been a storytelling tradition, from prehistoric times where we would scrawl on walls, and then for the Greeks it was mandatory their citizens would attend theatre.

And that’s continued, and Arthur is very much one of those important stories that tells us about good and evil. Of course Game Of Thrones is a perfect example of the modern version of that, but there is always a need for these stories, which is why Arthur keeps coming back.

Zavvi: And as you said with this story, Arthur is a lot different, he’s older and more conflicted, it’s a new take.

Richard: Yeah, he is struggling after those long years of battling, and he has to work through that, and that trauma. 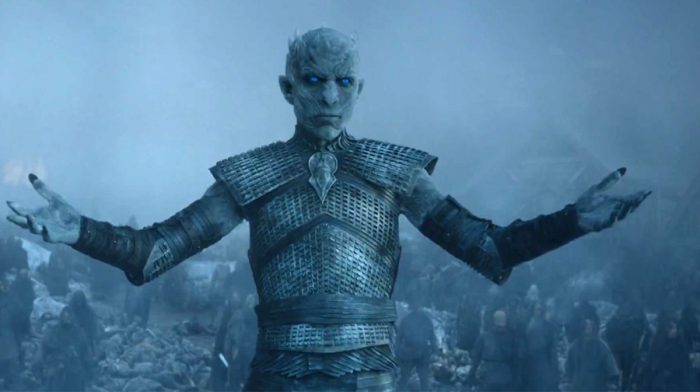 Zavvi: So looking through you filmography, you have been in so many awesome films and shows such as Game Of Thrones, Doom and Mandy. What do you look for in a role?

Richard: I guess a level of complexity to it. Sometimes I get sent roles that are just bad guys, and they aren’t well written and there isn’t much depth to the character, so those don’t interest me. And often they don’t do well, so I’m glad I didn’t do it haha!

But I have played a lot bad guys, but there is depth to their character, so I look for that, and I look for a good story. I have learnt over the years as an actor you don’t really have control over how the whole finished project will look, you just go in and do your best.

So I also look to work with good filmmakers, someone I know will make a good film, is creative, like Rob Zombie or Mandy’s Panos Cosmatos. 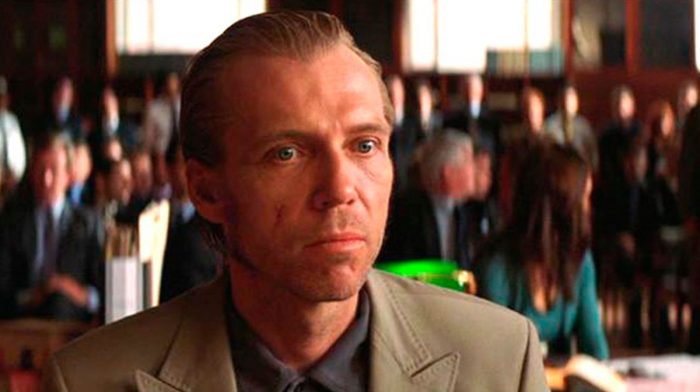 Zavvi: Agreed! When working on Batman Begins many years ago, did you realise how much impact the film would have, and how big Nolan would become?

Richard: No. It was interesting as he had done Memento, Insomnia and Following, but nothing like the scale of Batman.

And I remember my first day was the courtoom scene, when Joe Chill is let off, and I remember watching him, and he was so calm, professional and in control, I was like wow, this guy is unbelievable. I’m not surprised he has only grown and grown, and made so many incredible movies. 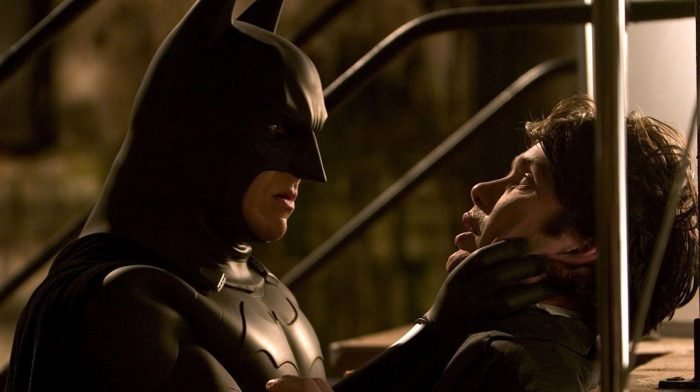 And as for the film itself, I sensed something special was happening watching how much Christian Bale had put himself into it. You could really see he was taking it to a new level. And I was friends with Cillian Murphy (Scarecrow) actually prior to that, and he was telling me how special it all was.

I kinda knew it was going in that direction, and my personal opinion is it’s why we have so many wonderful superhero films now, as it just rebooted the concept, introducing the idea you can make a real and authentic movie involving superheroes. Before that I wasn’t a fan of them, but that changed the course of everything. I love that film and I am so grateful to be a part of it.

Zavvi: And playing Joe Chill too, you were the guy who killed Batman’s parents!

Richard: I know. As a kid I wanted to be Batman, so I was so happy to at least be the man who killed his parents. It is iconic, and made my kids look cool in the playground! 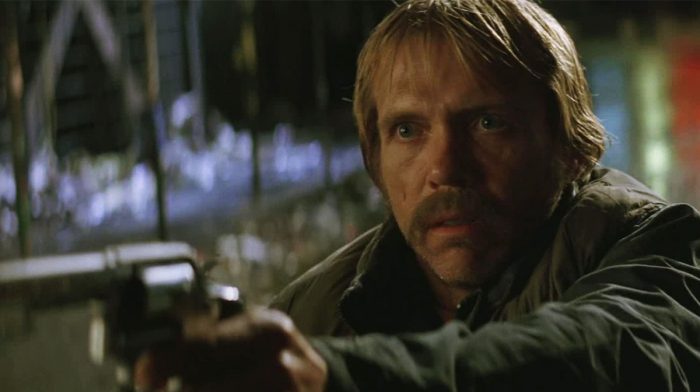 Zavvi: We have to talk about Game Of Thrones! Of course you had to step away from playing The Night King for the last season, but did you watch the ending, and if so what were your thoughts?

Richard: I really liked it, and I particularly liked the way they killed off The Night King. I enjoyed how Arya went on to be this great assassin who saves the world, it was pure genius storytelling.

I think the ‘backlash’ has not been anywhere near as big as the press portrays. I’m always doing Comic Cons and have met so many Game Of Thrones fans and they always say they loved it. 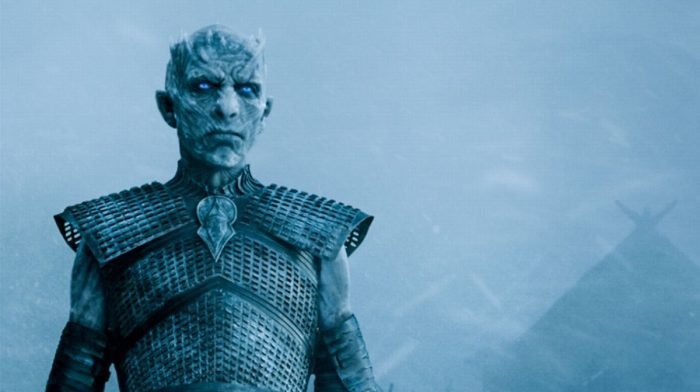 Zavvi: It must have been quite something to be a part of?

Richard: Oh, I’m incredibly grateful that I got to be a part of that show.

Zavvi: Do you have any regrets about having to step away from that role?

Richard: I don’t even have a minimal amount of regret. I did it for two years and it was incredibly hard work, you sleep about three hours a night, but it was a joy.

But there was so much work I couldn’t have done had I continued, work that was great both personally and professionally. I also think Vlad (Vladimír Furdík) did a great job continuing the role. 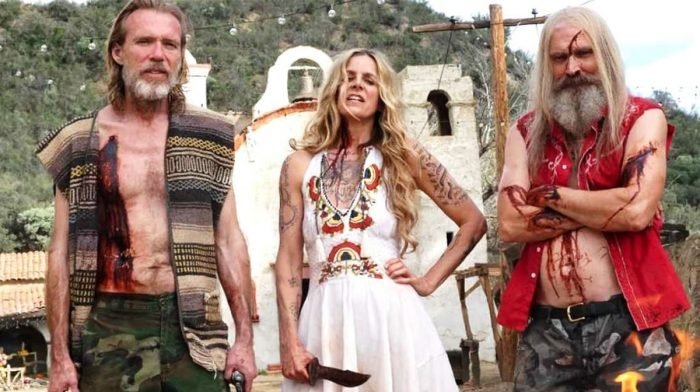 Zavvi: So what can we see you in next?

Richard: I’m on a show called Brave New World with Demi Moore, and I play kinda her love interest, and it was a joy working with her.

And then I am also in the upcoming Netflix show Cursed, and I also have a few movies coming out towards the end of the year.

My good buddy Eddie Marsan, who I went to drama school with, came up with the term ‘pop-up actor’ for us, and in my case I normally pop up and do something wicked.

Arthur And Merlin: Knights Of Camelot is on Digital HD and DVD 13th July.