It felt like The Green Knight would never make it to the UK. Delayed by the pandemic like so many others, it was a whisker away from its release date when it was pulled, to be replaced by a big question mark and near-despair amongst the film Twitterati.

But, at last, with its distribution sorted out, it is galloping into selected cinemas and onto Amazon Prime meaning fans can finally watch the film they’ve been waiting for.

Films from director David Lowery (A Ghost Story, The Old Man And The Gun) always cause a flurry of excitement, but the delay sent expectations for The Green Knight soaring.

No mean feat for somebody we tend to think of as a darling of independent filmmaking but who has also worked with big studios: his 2016 live action Pete’s Dragon was for Disney and his latest collaboration, Peter Pan, is heading for Disney+ next year. 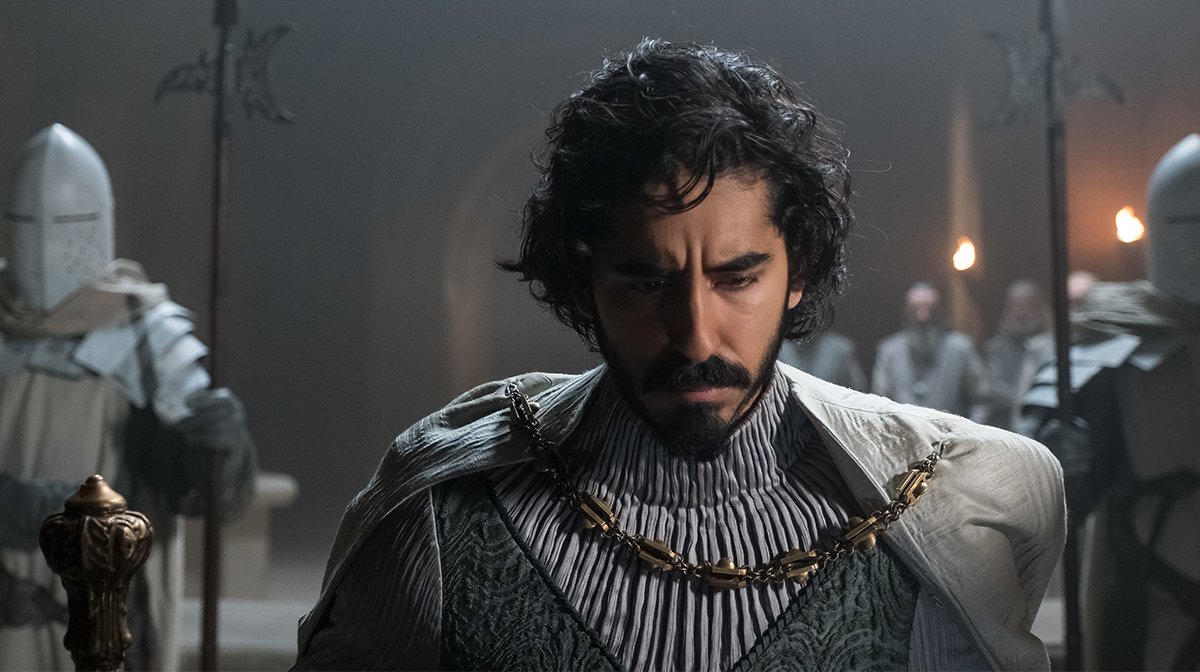 The Green Knight sees him return to his creative heartland – it’s more meditation than narrative – and with all the attributes that go with his films it’s magical, contemplative, surprising and extraordinary.

His vision of the Arthurian legend sees the intimidating Green Knight arriving at court and issuing a Christmas challenge to the king’s champions: one of them must attempt to wound him but, if they do, they agree to fight again in a year’s time, when the Green Knight is allowed to inflict the very same wound.

The young, impetuous Sir Gawain volunteers and, meeting no resistance, slices off his head. And, as Christmas approaches the following year, he sets out to meet his inevitable fate… 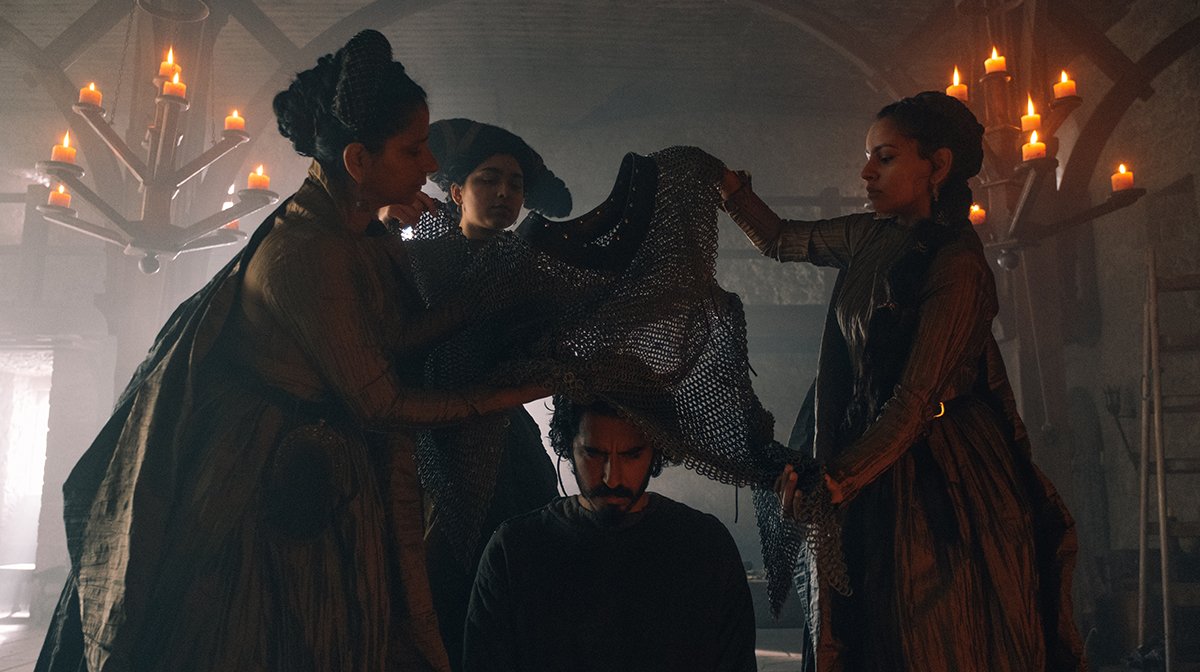 The director first read the poem in his student days, but it didn’t immediately come to mind when he was considering his next project.

“I really just wanted to make a fantasy film,” he recalls. “I had this image that I wanted to make a movie about a knight on horseback going on a quest and that was the jumping off point. And then I thought about this poem which I’d read in college and the thing that I loved was that it was about a knight going on an adventure, at the end of which was going to be his death. He was seeking out his own death knowingly.

“Most quests involve danger and the threat of death, but this one had a degree of certainty which made it incredibly profound and existential.” 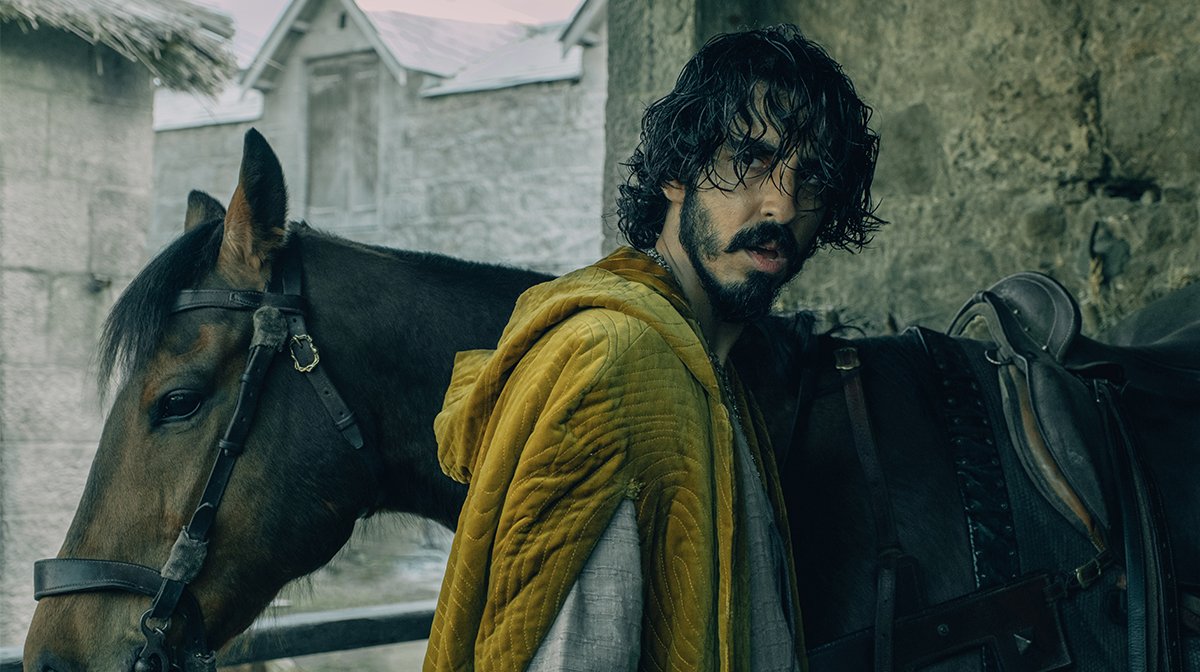 That inevitability led him into themes which have become a personal hallmark for his films, one that unites them all. “All my movies deal with mortality and the existential crisis that goes with it – and here was a poem which has been around for over 700 years that was about that.

“And that’s what the quest is – a human being dealing with his own mortality and all the crises that go with it but told in the guise of a chivalric romance.”

Lowery chose a colour palette to reinforce and compliment the film’s folklore and magic. Even Gawain’s cloak took on a life of its own, starting as a streak of bright yellow standing out against other subdued colours, but evolving into russet, symbolising his personal changes. 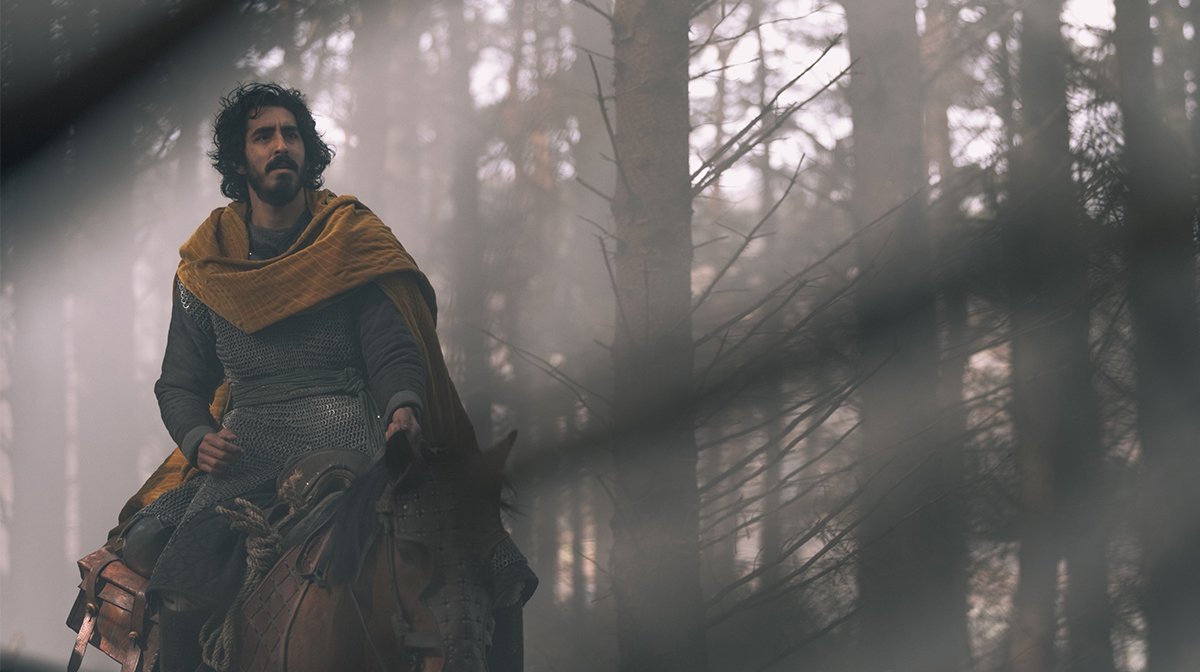 “Yellow is often the colour of cowardice or fear and, over the course of the film, he is becoming more confident and more mature. A strange sort of courage is growing inside him,” he explained. “It also represents that journey back towards the earth, back towards nature, away from the industrialisation of the world he’d left behind him.”

His vision of the Green Knight himself was equally clear – and it was one that didn’t need CGI. Lowery knew there had to be a connection between two living creatures, especially in the final sequences and the only way to do that was to involve an actor, swathing him in extensive prosthetics and make-up.

“I wanted him to have some humanity,” he explained. “And I needed a really talented actor who could bring that breadth of performance and could act through the prosthetics.” 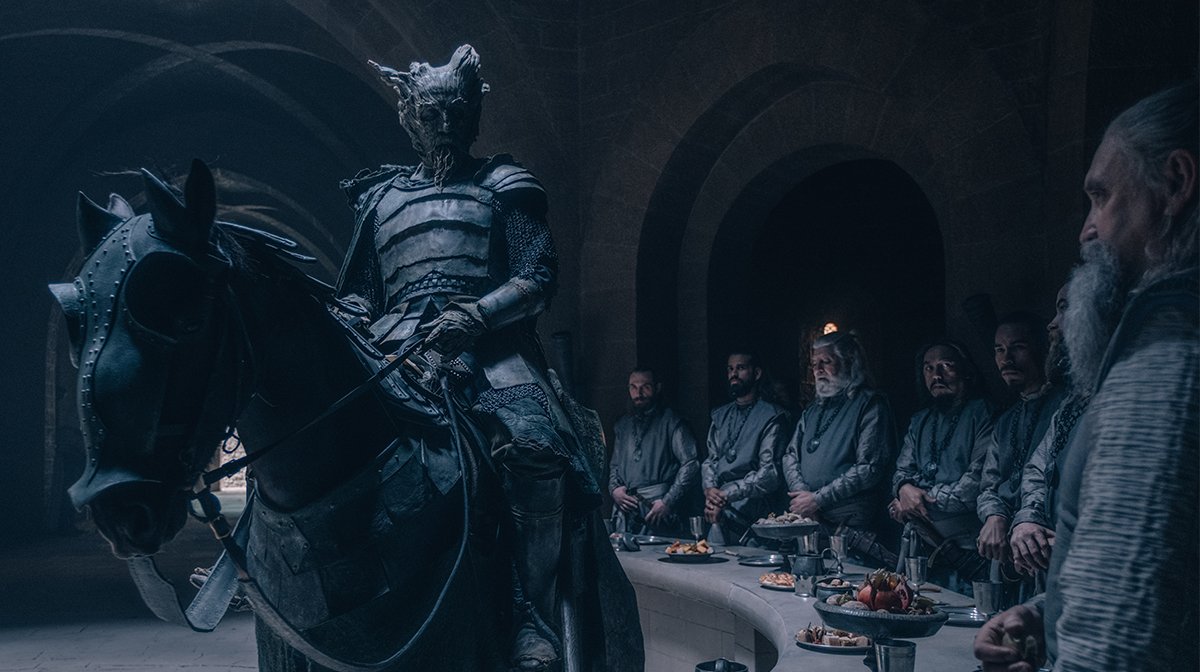 His choice was British character actor Ralph Ineson, who spent three and a half hours in the make-up chair every morning to become Gawain’s adversary. And while being smothered in prosthetics and make-up didn’t affect his distinctive gravelly tones – one of Lowery’s many reasons for casting him – physically playing the role was “very tough.”

“The costume itself isn’t hugely heavy, but it’s very ornate so you can’t move freely,” he recalls. “When you’ve got the headpiece and the prosthetics on, your head is completely enclosed so your senses are completely cut off.

“You can’t hear properly, I couldn’t see particularly well, and your movement is so restricted that you’re very slow and it’s almost being like underwater. 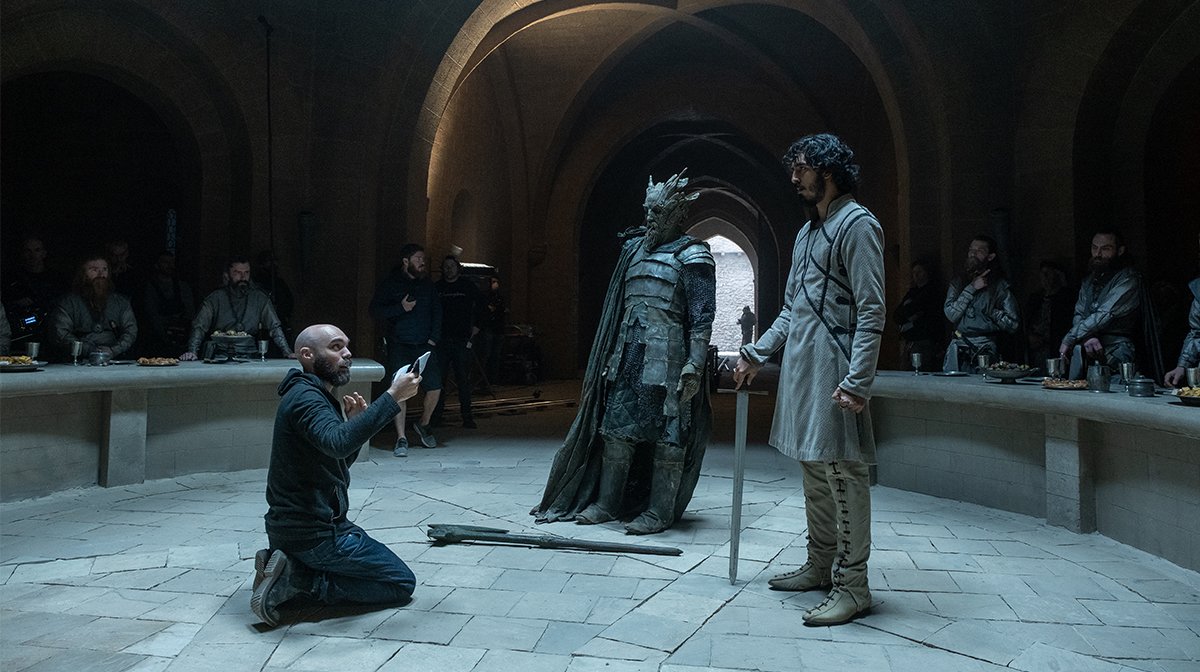 “It gets you in a very strange headspace, especially as you can hear your own voice inside the mask. It would be a strange sensation for anybody, but because of the tone of my voice, it’s even worse to have it reverberating back at me!”

The costume and prosthetics made the mythical tree man threatening and imposing, but Ineson was tasked with giving him some humour and humanity. “All I had to worry about was the playfulness, the ‘tester of men’ element of him,” he said.

“The Green Knight is The Green Man, the trickster, the fertility symbol. He’s many different things but I think the key to him was to put the twinkle in his eye, to make him enjoy the challenge with Gawain and give him room to also enjoy the parental pride when he comes through in the end.” 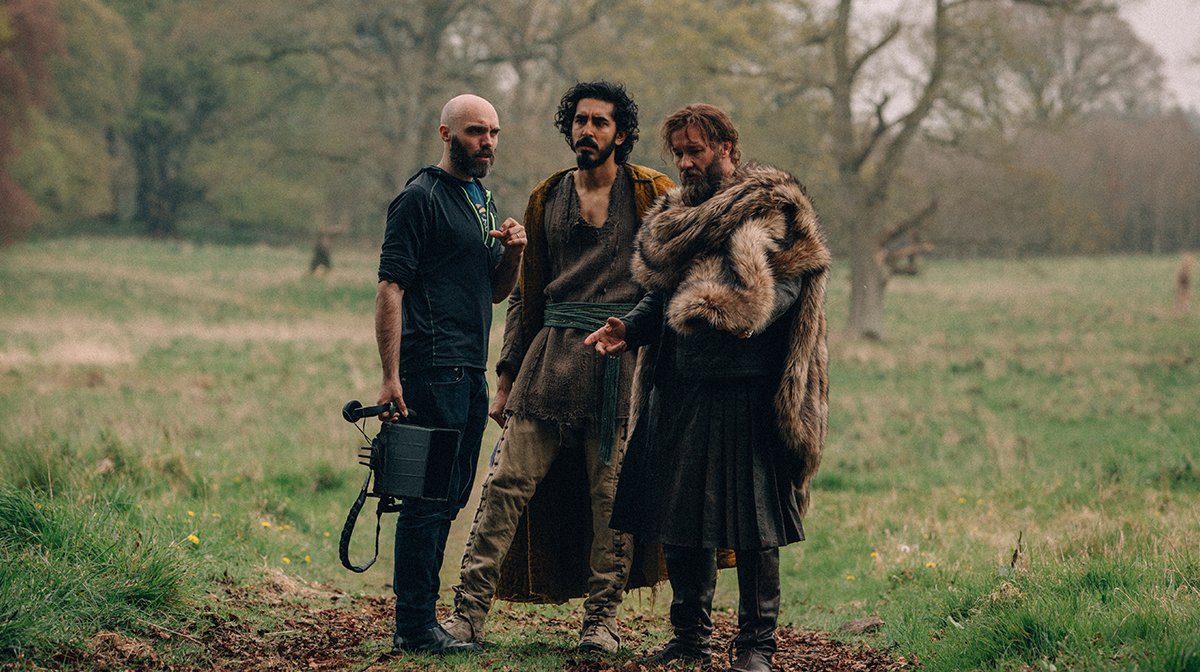 The hiatus before the eventual release date allowed Lowery a second look at the film, to “give it a chance to breathe.” Additional editing meant “it got much better, but it was lots of little tweaks.”

He added: “I needed breathing room myself, so I took a month off and didn’t look at it at all. Then I went back to it and looked at all the ways in which I felt it was not quite succeeding. I knew we had shot a great movie, and that the cut we had was pretty darn good but once I allowed it to be what it needed to be, it worked so much better.”

For him, in a sense, it represents the end of a quest, although there’s one particular scene he’s still desperate to include. 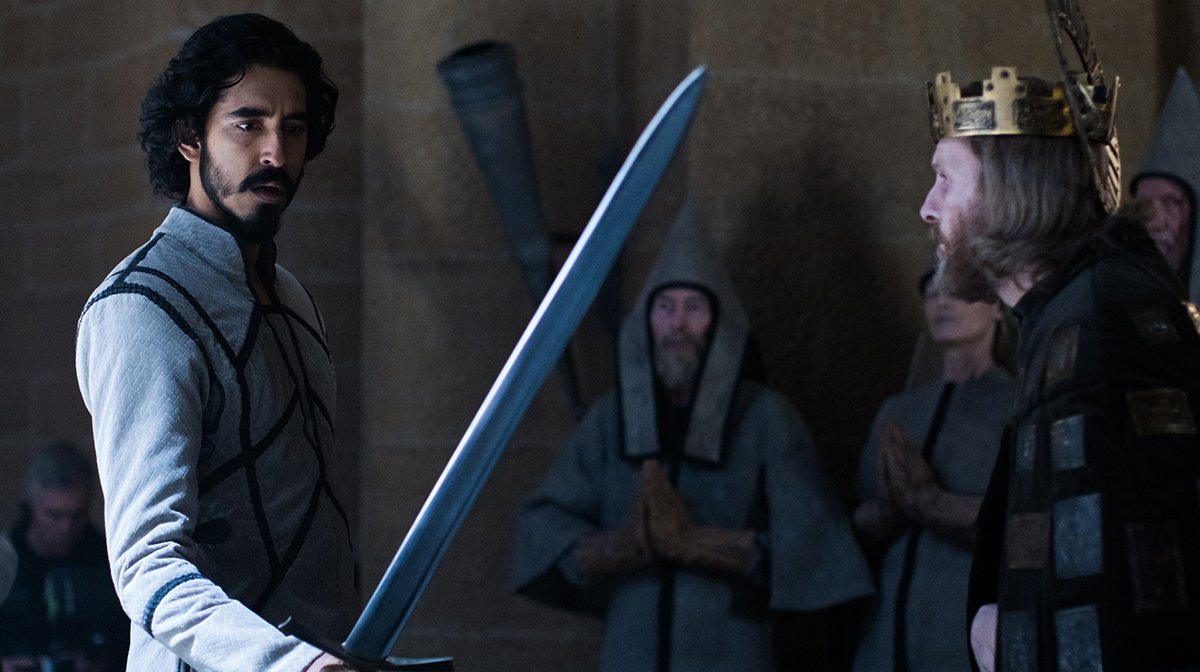 “I took out my favourite scene when I revisited the edit. There wasn’t a good place for it, so I keep looking for a new home. I think we will put out a special edition and I want the scene to be there.

“So, it’ll either be its own little feature or in the movie itself. But the movie that’s out now I would call the director’s cut. That’s the version I’m happy with.”

The Green Knight will be in cinemas and on Amazon Prime from 24th September.