This month marks the 25th anniversary of Apollo 13, Ron Howard’s dramatisation of the mission to the moon, that became a rescue operation after the failure of an oxygen tank left the crew and mission control fighting to save their lives.

Tom Hanks leads the film as Jim Lovell, the mission commander. It’s a role that came at the peak of his mid-90’s breakthrough, where everything he touched seemed to turned to gold.

However, it’s this film that serves as a prime example of why the two time Oscar winner is so enduring. 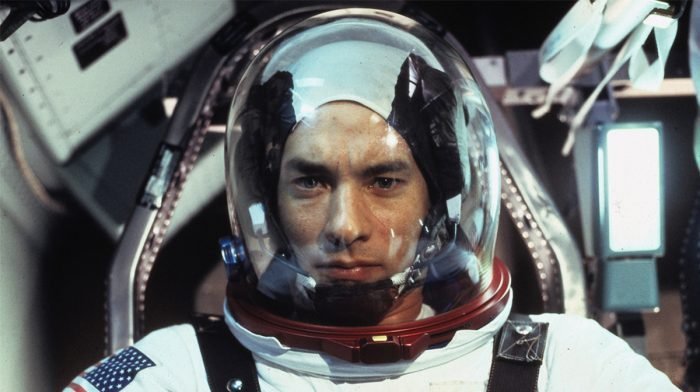 Everyone in the cast brings something to the table. Kathleen Quinlan shows the plight of the families, seeing her worst fears realised as Marilyn Lovell (and earning an Oscar nomination for her efforts).

Ed Harris is excellent as the mission’s flight director, engineering their survival from the ground.

However, the story orbits around Jim Lovell, whom Hanks portrays as a rather ordinary man thrust into extraordinary circumstances. 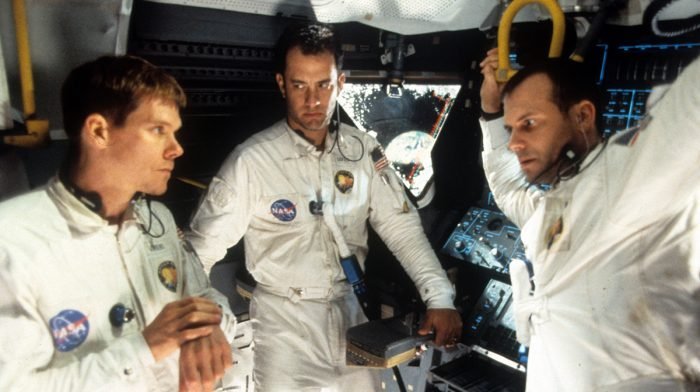 Hanks stands out in the crowd not only because he is the leader of the mission, but because of the humility of his performance.

Much of the film is hyper-patriotic, with soaring trumpets in the soundtrack, and Harris booming that “failure in not an option!”

Even Marilyn, who is not officially a part of the mission, gets her moment of bravado when she gets reporters off her lawn (“if they have a problem with that, they can take it up with my husband. He’ll be home… on Friday!”). 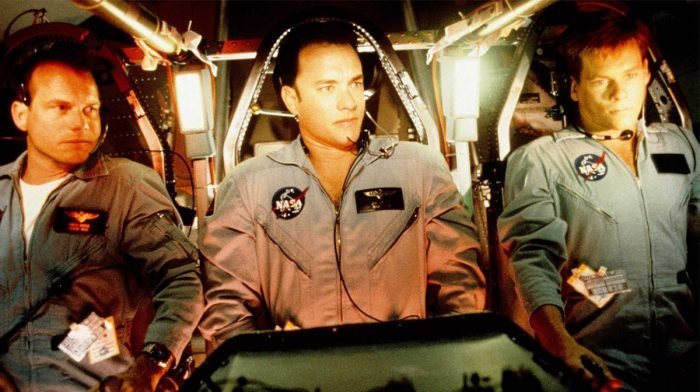 By contrast, Lovell is a lot quieter, and more measured in his comments. When a superstitious Marilyn frets “Why 13?”, Jim quips “it comes after 12, hon”.

The film’s signature line, “Houston, we have a problem”, became famous precisely because it’s a rather matter-of-fact way to describe catastrophe. In doing this, Hanks embodies what previous films have described as ‘The Right Stuff’.

It’s not machismo, or recklessness, it’s the ability to remain entirely calm in the most high pressure of environments, to follow the routines and protocols despite everything around you being on fire.

It’s a special quality that is portrayed in the film as coming from a very ordinary place. 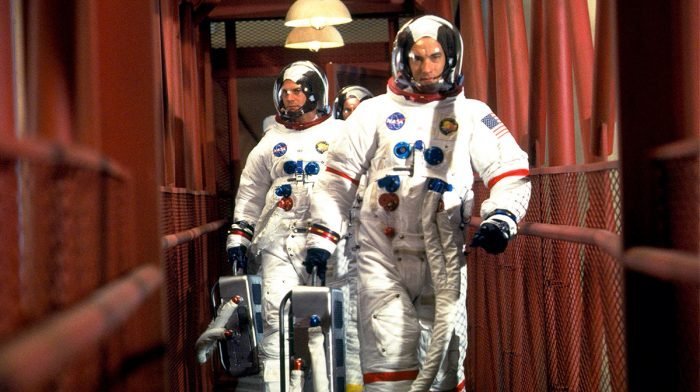 Lovell is a family man, dealing with everyday matters like distraught teenagers and deferred holidays.

He begins the film believing that he may have just missed his chance to walk on The Moon, with Apollo 11’s achievements meaning that doing so is less of an imperative to American society.

Still, he doesn’t contemplate his future dramatically on a deserted launch pad, but privately in his own garden, looking up at The Moon as we all do. 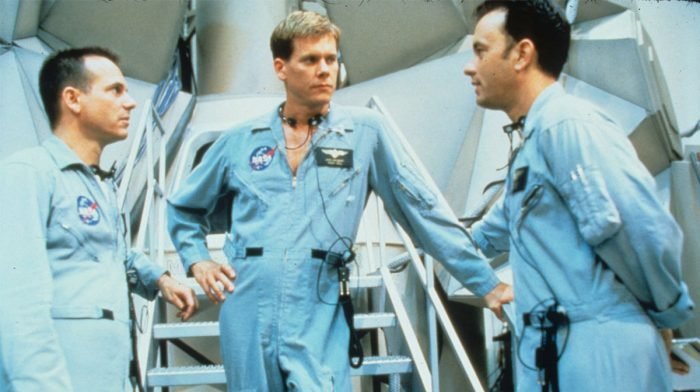 This sense of relatability is a common thread in many of his performances in the years after. In Saving Private Ryan, his heroic leader was revealed to be a school teacher.

In Castaway and Captain Phillips, his characters begin the films with rather mundane conversations before their lives change forever. The greatest thing the star brings to a role is not gravitas, but humanity.

It’s that humanity that seeps through at one moment during the attempts to rescue the stranded crew. A request to get more sleep from a medical expert prompts a frustrated Lovell to rip off his medical monitors, declaring “I am sick and tired of the entire western world knowing how my kidneys are functioning!”

A rare, but relatable moment of rebellion from the most level-headed of characters, and a sign that in order to achieve the impossible, you have to yield to your emotions occasionally. 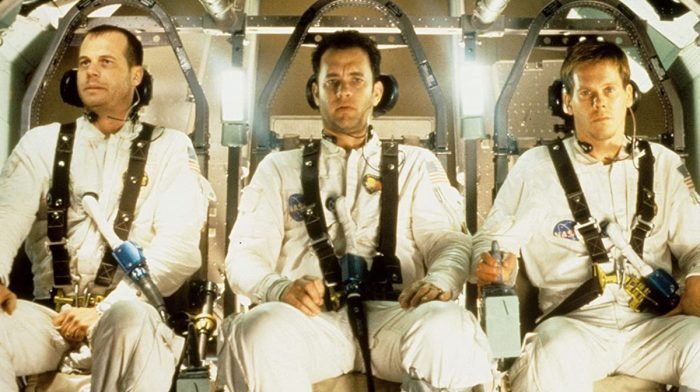 Incredibly, Hanks was not the first choice to play Lovell. John Travolta turned down the role prior to Hanks’ casting (Travolta also turned down the leads in Forrest Gump and The Green Mile).

However, there is a reason he made it his own. It’s the same reason that, for the 25 years since, he has played some of America’s most beloved and revered figures: storytellers like Walt Disney and Mr Rogers, heroes like Sully and Captain Phillips, and in Toy Story’s Woody, the character that for so many symbolises childhood itself.

It’s because, whether realistic or not, Tom Hanks represents the ideal, ordinary characters who possess the very best in human nature. The calm, stoic everyman that makes us believe we can overcome life’s biggest trials.

It’s what makes the dramatic actor adored to this day, when stars take second place to big name franchises. Apollo 13 was not the actor’s first success, but his performance established the blueprint of a legacy.