They’re a match made in movie heaven, but you’d never know it considering their backgrounds.

One was still best known as a Disney star, a none-more-American leading man you’d rarely see outside of family friendly fare. The other was a director fast becoming a household name for low budget, ultra-violent horror and science-fiction movies that couldn’t be further removed from the House Of Mouse if you tried.

And yet, to many film fans, there are few actor/director partnerships quite as influential or perfectly matched as that of Kurt Russell and John Carpenter.

The director helped change the perception of Russell in the public imagination, transforming him from a Disney lead into a versatile performer, as at home playing the brooding anti-hero as he was the goofy comic sidekick. 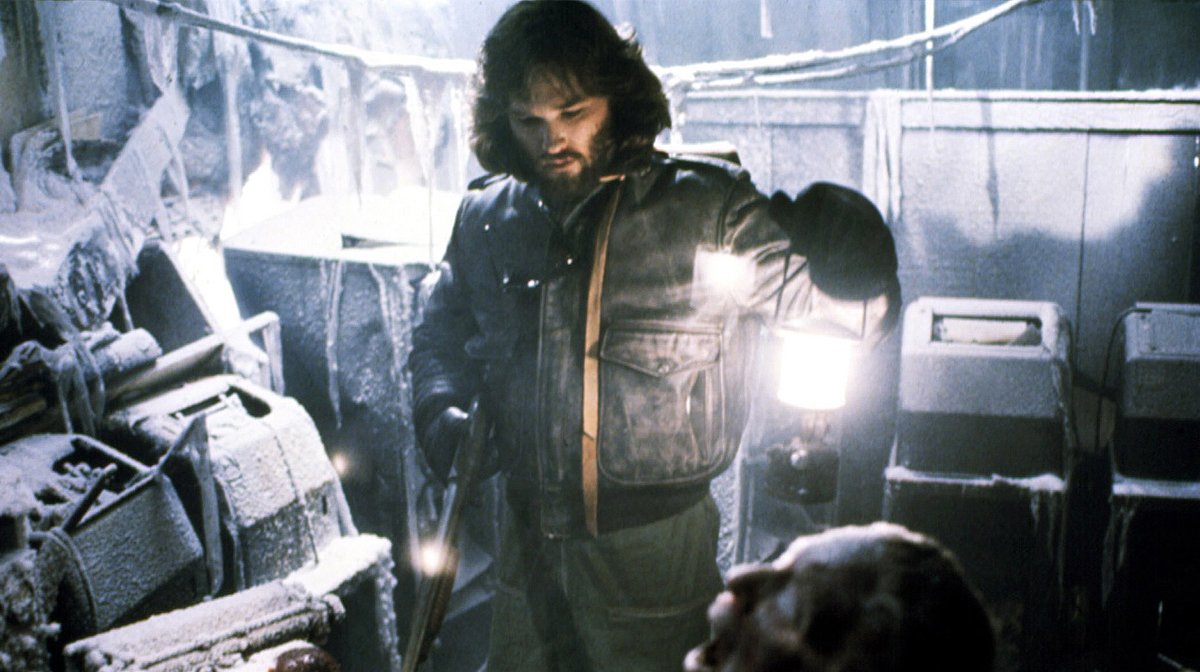 Carpenter saw Russell’s all-American image and knew best how to subvert it. The strongest of the pair’s five collaborations has to be 1982’s The Thing (released on 4K today for the first time), which on the surface seems like the most conventionally heroic role the director ever gifted his leading man.

R.J. Macready is an American pilot who rarely breaks the rules, commended for his intelligence and dedication to his role in Antarctica.

But it doesn’t take long for Carpenter to unveil the cracks in this hero persona. In his earliest on-screen moments, he angrily pours a glass of scotch on a computer that’s beating him in a game of chess, the signs of his flaws being all too apparent. 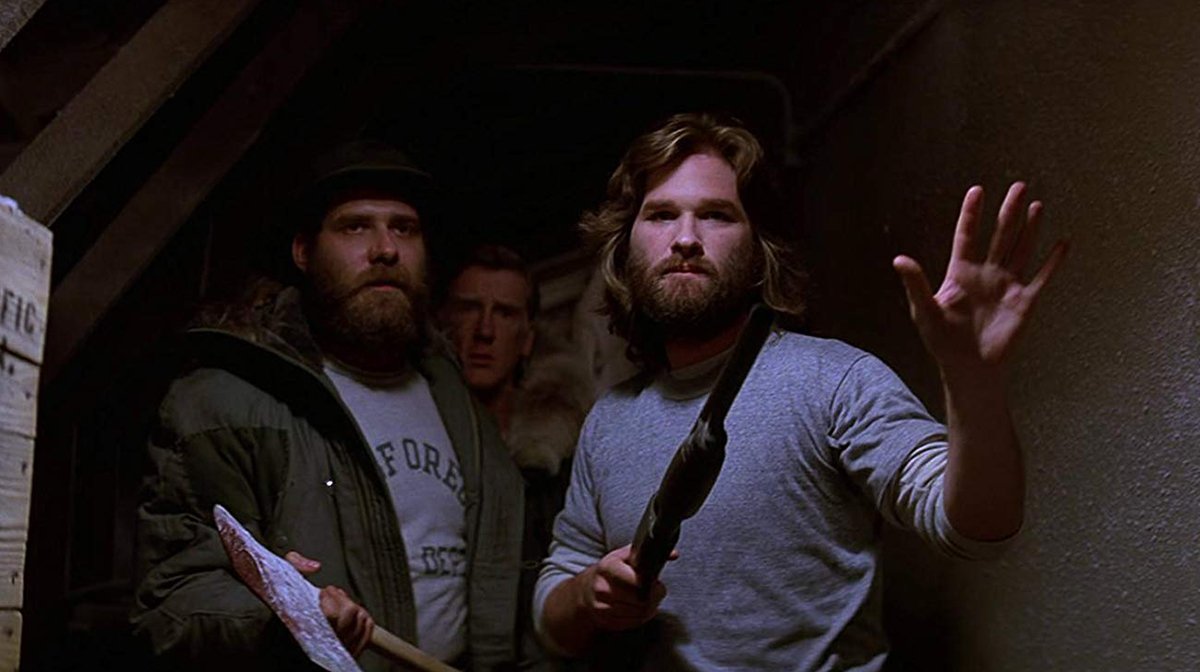 This is a crucial establishing moment for the character, showcasing the inner cynicism of an otherwise heroic persona. He’d sooner blow things up than accept defeat, which is lucky considering that this will soon prove to be the only method he can use in an attempt to try save the crew at the US outpost, and possibly even humanity as a whole.

Upon its original release, The Thing received negative reviews across the board – it’s hard to think of another film that has been re-evaluated as a masterpiece to quite the same extent as this one.

One of the reasons for this is that it was released in 1982, in the shadow of Steven Spielberg’s E.T., an altogether more optimistic vision of an alien coming to Earth. 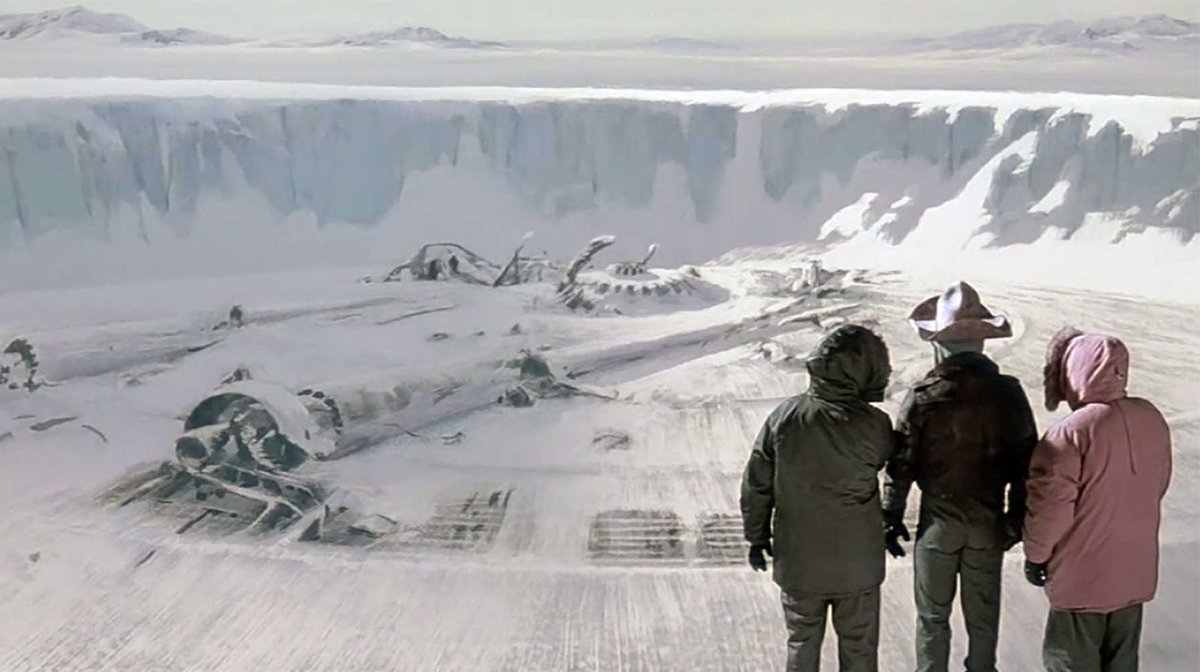 It couldn’t have stood in sharper contrast to Carpenter’s film, nihilistic in its lack of happy ending, with a central hero who seems jaded even before he’s thrown into what quickly becomes a suicide mission. Moviegoers, desperate for escapism, couldn’t have hated it any more than they did.

Of the collaborations between Carpenter and Russell, it may be the most quietly subversive, building up to an ambiguous, downbeat ending where our hero is on the cusp of freezing to death in the name of saving mankind.

It underlines why they were such a winning combination; Russell, in the imagination of audiences, was still synonymous with an all-American, boy next door image, whereas Carpenter had a far more cynical disposition, using the actor in ways that complicated our expectations. 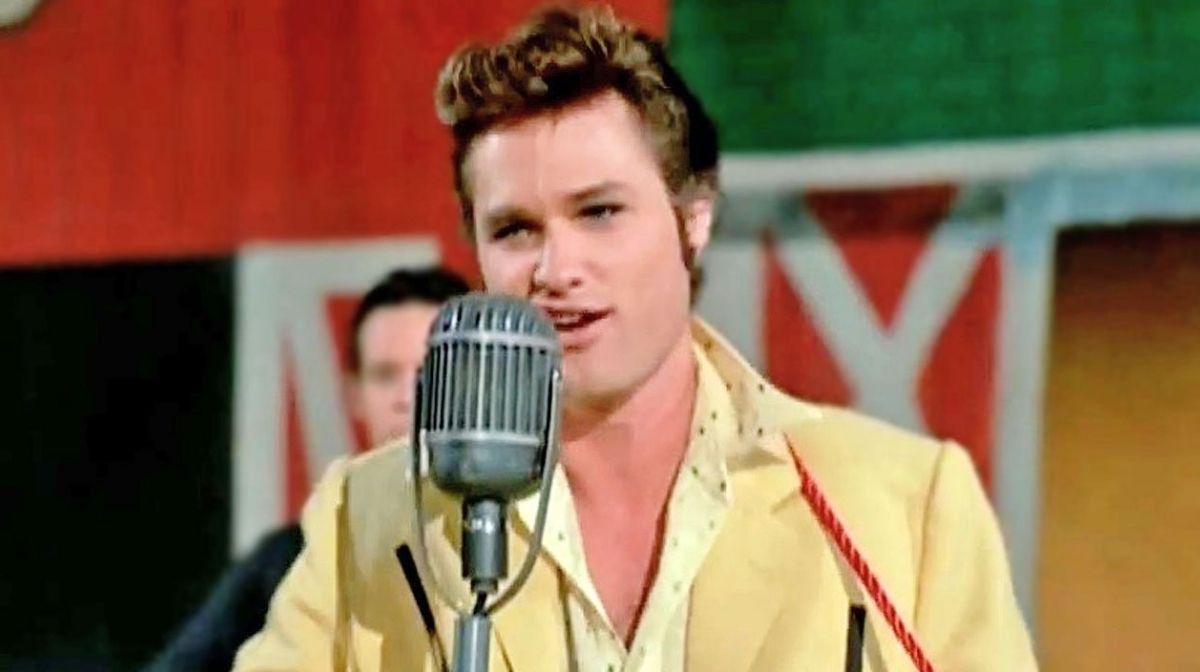 Interestingly the pair’s first collaboration was the time when Russell was cast directly to type, as that definitive icon of American music, Elvis Presley.

Off the back of Halloween, Carpenter wanted to make a straightforward dramatic film, and thought the life of the King would be the perfect subject matter.

But whilst Elvis was a tortured production, with the director unable to oversee the edit, he did find the perfect leading man in Russell.

It was the actor’s final role in television before making the transition to movies, and a complete makeover of his image, courtesy of Carpenter. 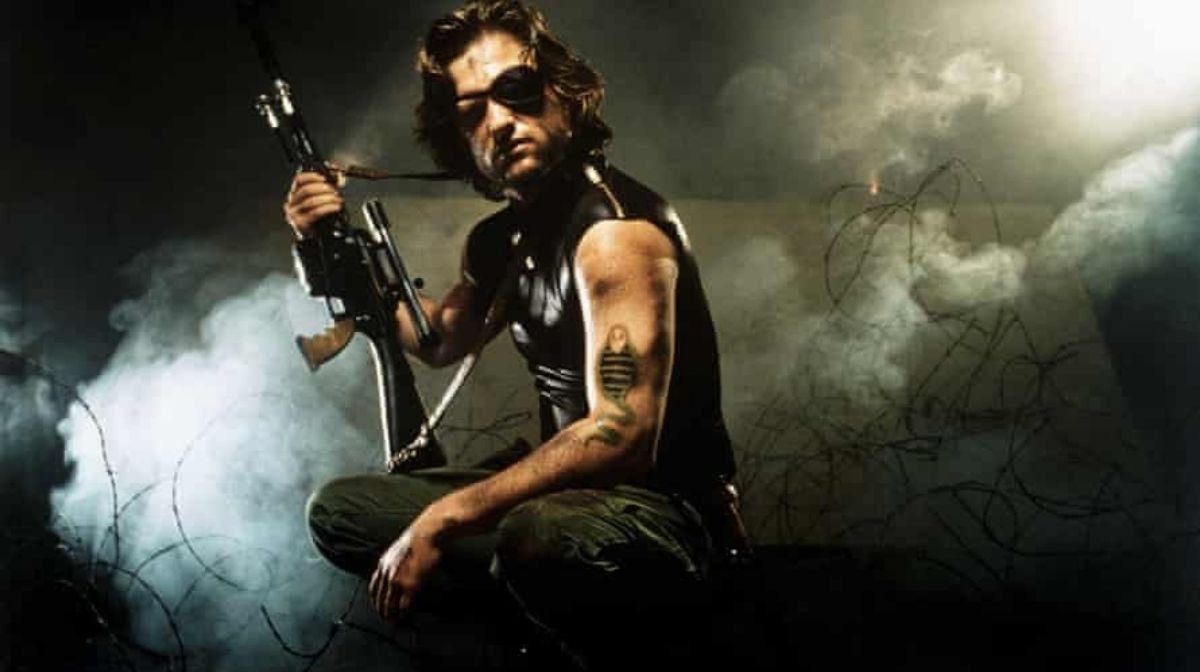 The pair teamed up again for 1981’s Escape From New York, which Carpenter had written in the early 1970s, but only tried to get made in the wake of Halloween’s box office success.

With Russell still known as a Disney comedy lead at the time, producers at AVCO Embassy Pictures were hesitant for him to be cast – even though their chosen pick, Charles Bronson, was considered too old for the role at the time.

But Russell was desperate to get the part of Snake Plissken to finally shake off his Disney lead image, going on a rigorous training regime long before he landed the role.

It eventually paid off – he got cast, the film was a big box office hit, and a critical darling, giving Russell his much needed reinvention. 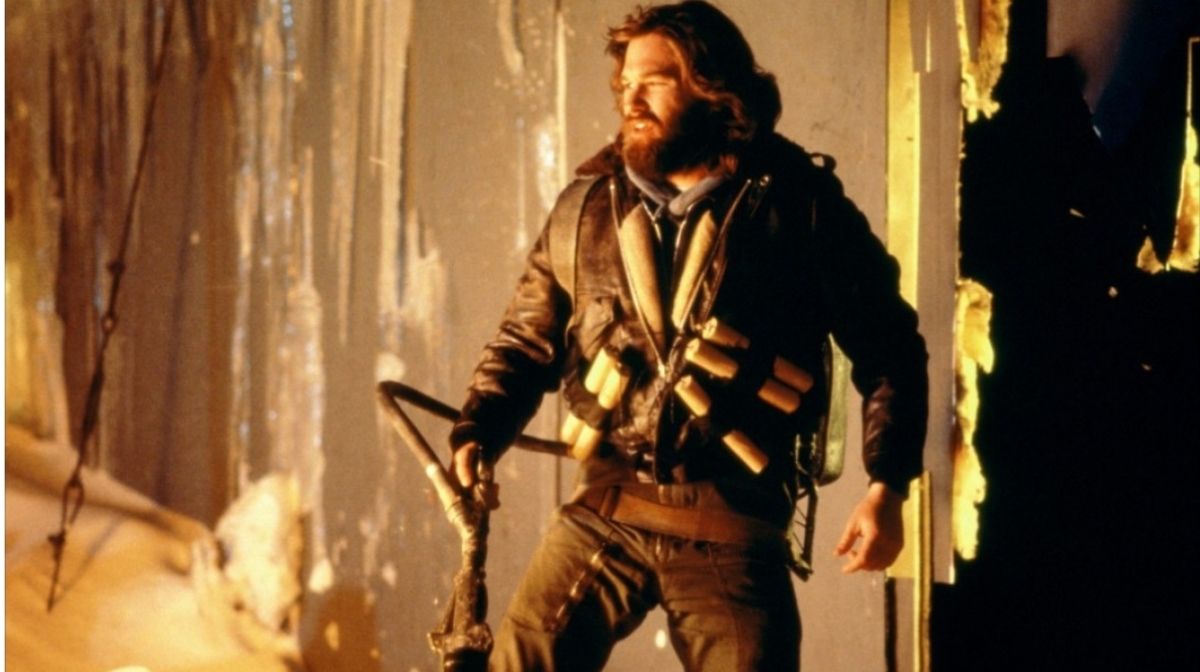 Which is why his pivot from anti-hero to hero in The Thing just a year later is so fascinating.

After making audiences root for a dangerous prisoner (whose reason for being imprisoned was always left to the imagination), the sheer cynicism of Carpenter’s adaptation of the 1938 novella Who Goes There? managed to make the journey of a more conventional protagonist harder to cheer on.

Both films share a similarly nihilistic worldview, but Macready at least resembles a typical movie hero. Instead his mission is quickly revealed to be doomed, the only option to save the day also culminating in his own demise. 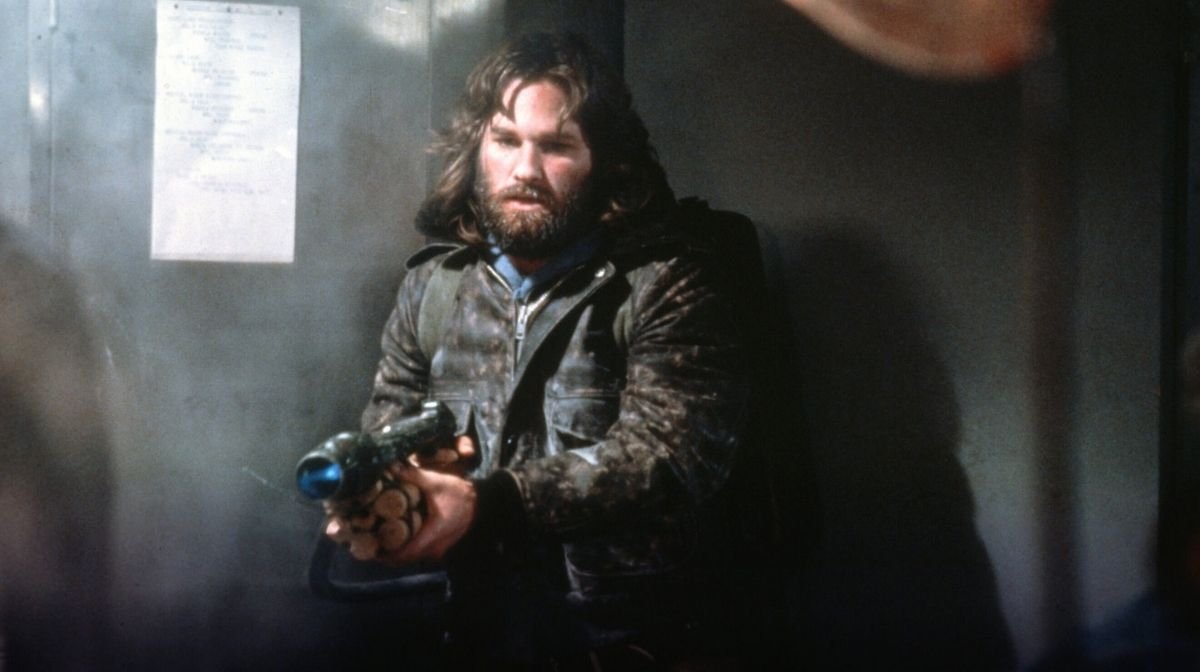 In these early collaborations between Russell and Carpenter, the stereotypical hero’s journey is shaken up. It helped to boldly reinvent the actor’s image on the big screen, while also defying narrative expectations at every turn.

No two films the pair made together are the same (even the sequel to Escape From New York, 1996’s Escape From L.A., has a completely different vibe to the original), never conforming to what the audience would expect.

It’s this unpredictability in their collaborations that makes them one of the most fascinating actor/director partnerships.

Shop for The Thing merchandise