The British spy movie has long been synonymous with the glamorous image of James Bond.

Even in the grittier Daniel Craig era, a career in espionage is stylised as a luxury; jet-setting to exotic locations, wearing sharp suits, and necking endless Martinis, shaken not stirred.

This is hardly the reality of working for Her Majesty’s Secret Service, but it’s a fantasy that’s far more attractive to buy into than the less than savoury realities of the job. 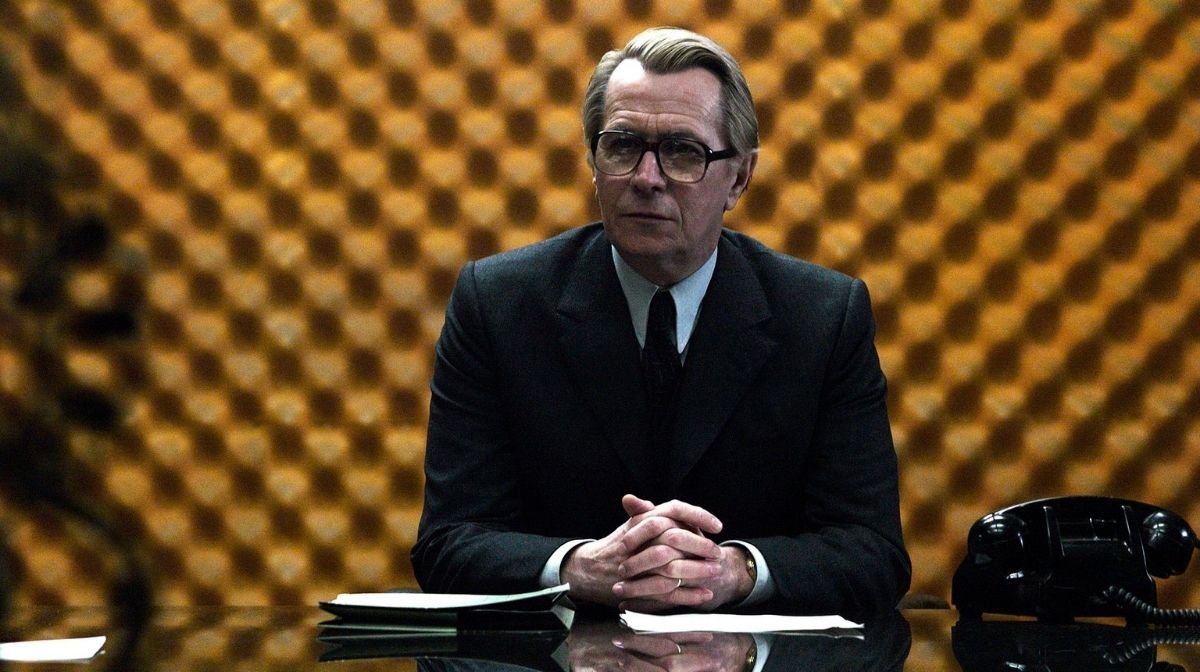 John le Carré, one of Britain’s most famous novelists, could hardly be described as a man who made a career at MI6 seem aspirational.

His third novel and first big success, The Spy Who Came In From The Cold, dealt with the morality of working in espionage, acting as a damning critique of how the West compromised on its values when snooping behind the Iron Curtain.

It was all the more impressive considering that he was still working for the organisation at the time of its publication. 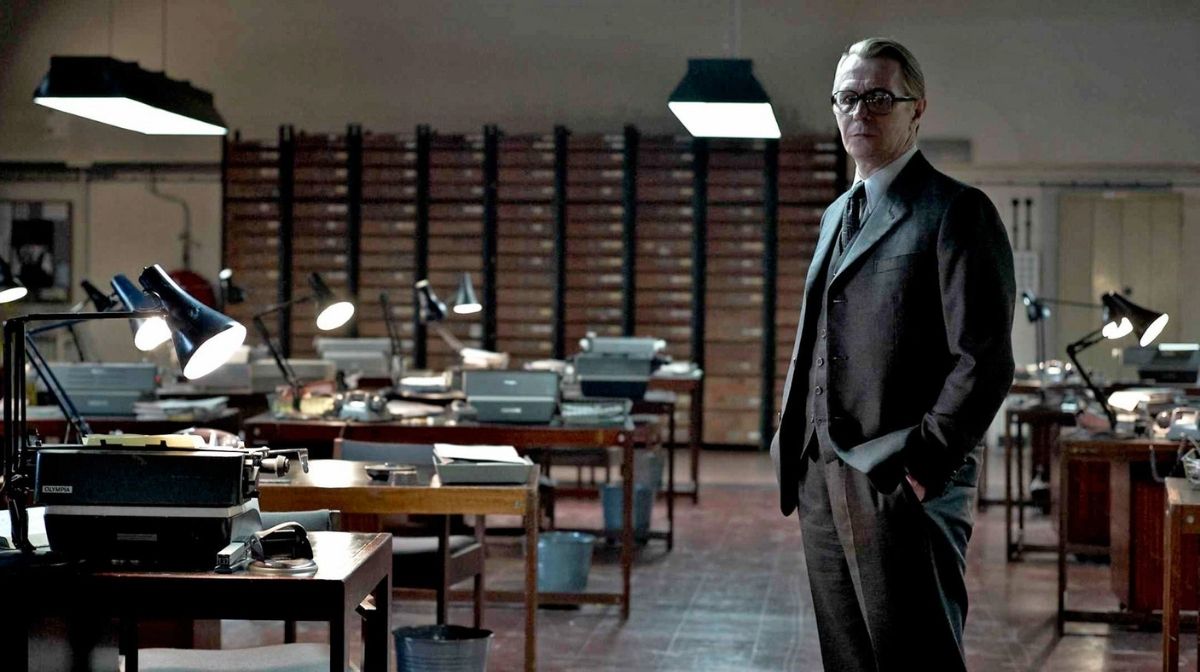 The character of George Smiley, a recurring figure in le Carré’s universe, was designed by the author to be the antithesis of James Bond.

Rather than routinely dispatching enemies with his licence to kill, he took a more administrative approach to work, regularly questioning his own moral integrity instead of unthinkingly doing whatever the state required him to do.

Smiley was first made the lead in le Carré’s 1974 novel Tinker Tailor Soldier Spy, a gripping thriller where the aging character had to uncover a Soviet mole working within the British Intelligence Service.

It was a bestseller, and was transformed into a gripping BBC series a few years after publication, the revelations about the ‘Cambridge Five’ still fresh on the minds of the British public. 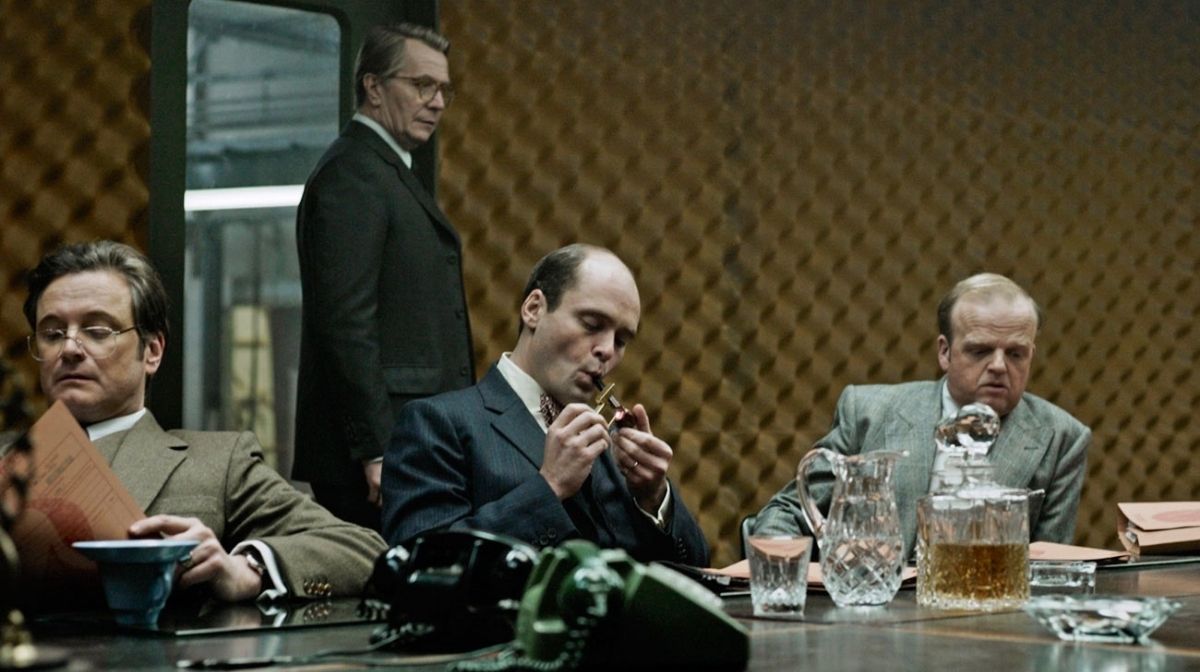 It may have been designed as the gritty, realist alternative to Fleming’s international super spy, but the slow burning series adaptation became appointment TV by the end of its run, with millions of viewers gripped by Smiley’s hunt for the mole.

But even this feels conventional next to the 2011 film adaptation from director Tomas Alfredson (fresh off his vampire masterpiece Let The Right One In), a movie that remains bold in how it thoroughly deglamourised the realities of espionage, and the conventions of a spy thriller.

This is immediately apparent through the film’s bleak visual style, which pushes the already drab vision of 1970s Britain to the next level entirely.

In the eyes of Alfredson and cinematographer Hoyte van Hoytema, the city streets are no different to those on the other side of the Iron Curtain, often stereotyped by those in the West as being grey and rundown. 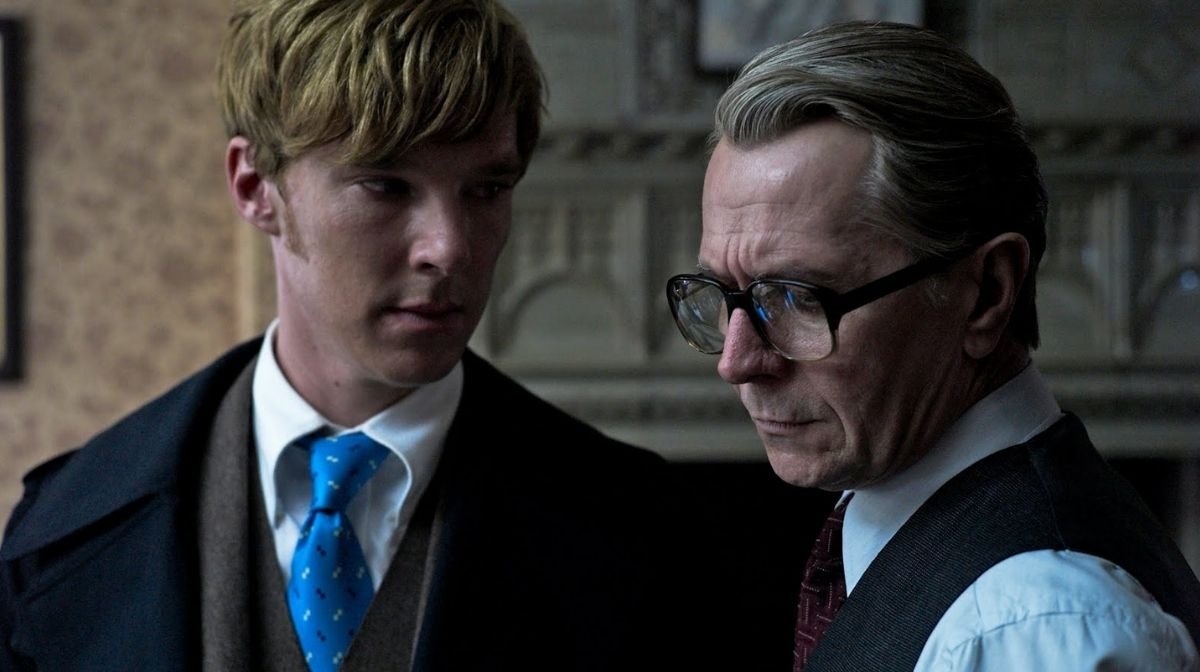 It’s the sort of place you’d expect the enemies of James Bond to reside but instead, it’s where British intelligence officers most frequently find themselves.

The only change Alfredson made to the material is placing Smiley in a spacious apartment building while conducting his investigation, a sharp contrast to the stuffy, miniscule hotel room from the novel and previous BBC adaptation.

The director captures a specific moment in time through small visual details. The hope and optimism of the 1960s is reflected through faded graffiti – at one point, we see a run down street animated only by the slogan “the future is female” splattered on the walls.

In this world, where the fates of entire countries are decided by the ever shifting allegiances of privately educated men in stuffy boardrooms, it can’t help but read as a joke. 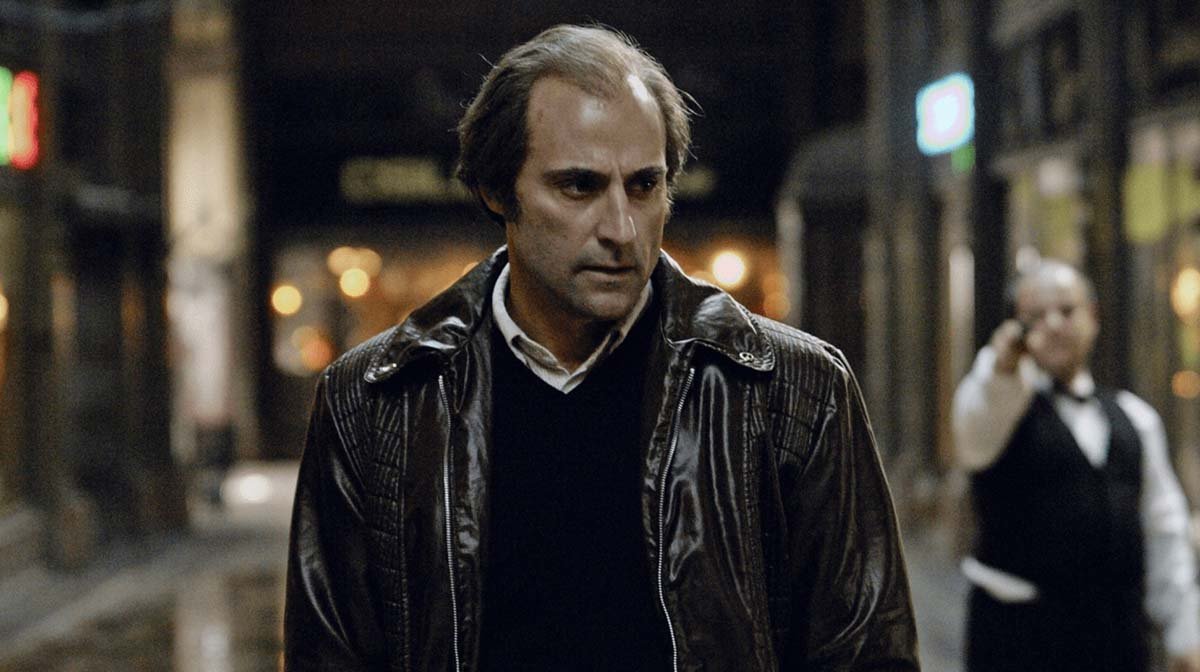 Mark Kermode famously described Tinker Tailor Soldier Spy as being like the inverse of the famous diner scene in Heat, where Robert de Niro and Al Pacino go head to head onscreen for the first time.

Here, the most striking scenes are set in the suffocating boardroom of ‘The Circus’, a murderer’s row of excellent character actors all underplaying their roles to create an overwhelming social awkwardness – there’s a mole on the loose, and based on how withdrawn everybody is acting, it could theoretically be any of them.

This underacting is part of the reason why the drama is so radical. The novels of le Carré are known for their immensely detailed prose, integrating in highly specific jargon from the world of intelligence but doing so in a manner that proves gripping – it draws you in to the world rather than push you away. 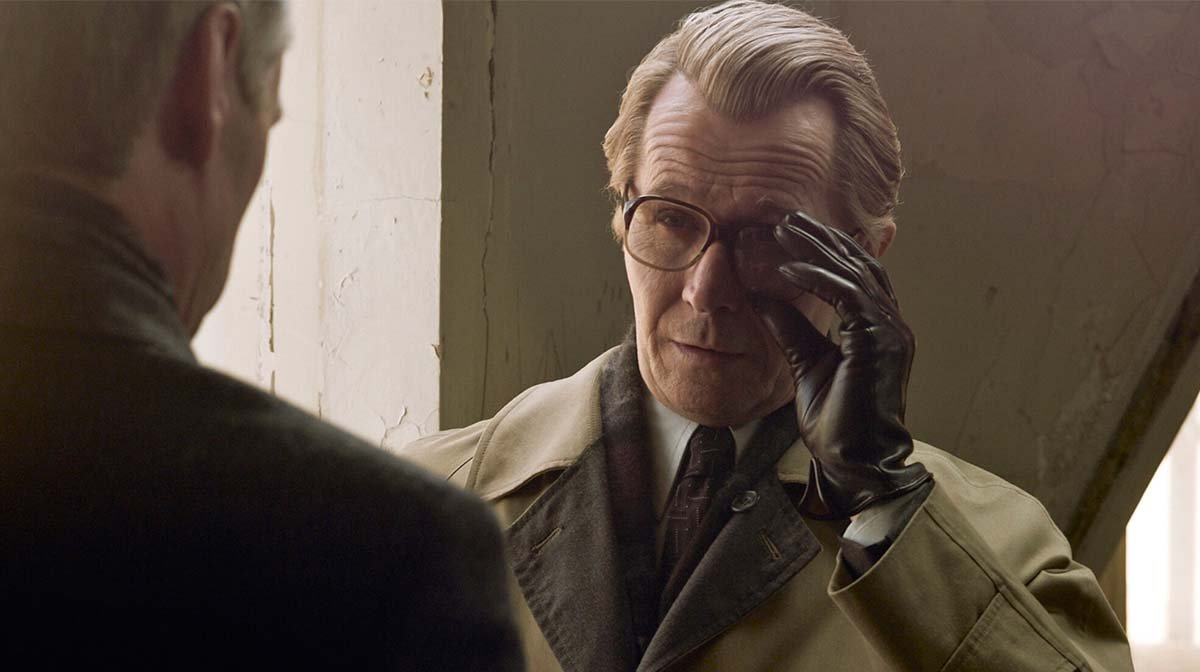 In this iteration of Tinker Tailor, details are stripped down to their bare minimum, the lingo not the dominating force in colouring in the specifics of this world.

Instead, it’s the silence and the paranoia that are the defining factors; if the intrigue of intelligence, influenced by the author’s own knowledge and experience, was the source material’s one glimmer of escapism, here even that’s stripped back entirely.

The film still spans continents and pulls the viewer in via its wonderfully subdued ensemble of performances from Britain’s finest actors, but it’s still very much the antithesis of Bond.

Its approach to spying being administrative and not action driven, something that may have pushed many audiences away, now helps it stand as one of the boldest films within this genre.