One of Thor’s most feared supervillains is coming to the Marvel Cinematic Universe (MCU).

This summer, audiences will be introduced to Gorr The God Butcher, played by Christian Bale in Thor: Love And Thunder.

As it’s directed by Taika Waititi (who also helmed Ragnarok), this may have a lighter tone than the average superhero fare – but Gorr isn’t a figure to smirk at.

Before we see Bale follow in Michael Keaton’s footsteps, pivoting from DC hero to Marvel villain, here’s everything we know about the character he’ll be playing. 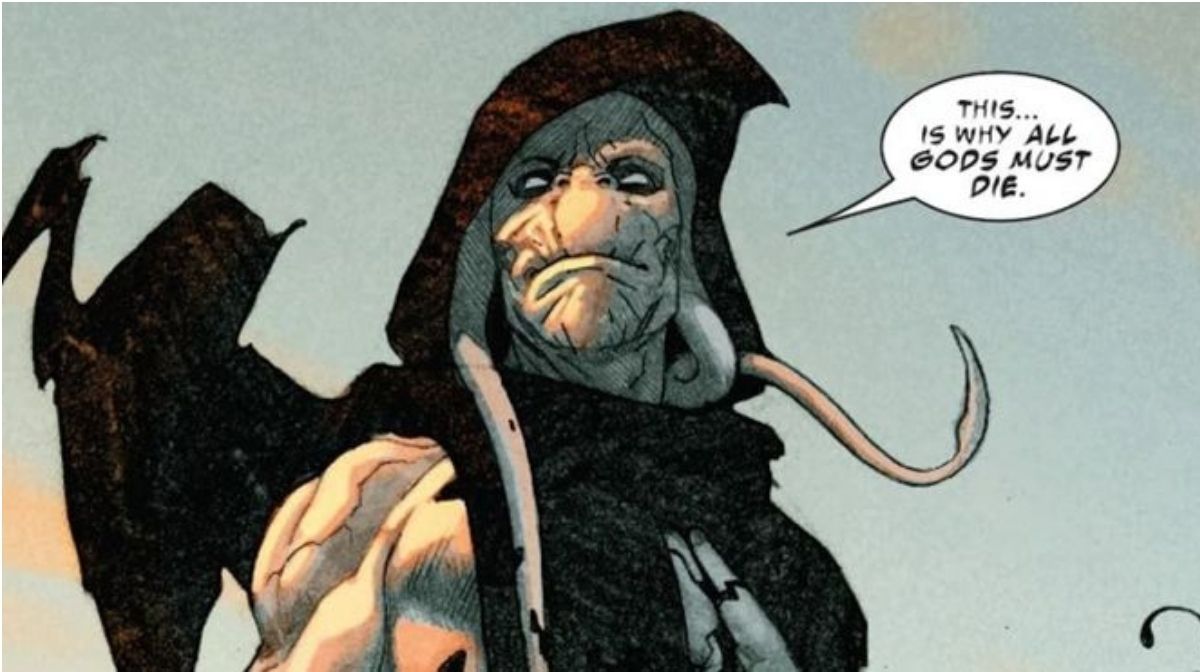 Gorr The God Butcher made his debut appearance in the second issue of Thor: God Of Thunder in November 2012. His turn to villainy was brewing his entire life, growing up on an unnamed planet rife with starvation, that led his parents to die at an early age.

He was always told to trust in the gods, but they never answered his prayers – following the death of his son Agar, Gorr found himself exiled for stating there were no gods.

Stranded in the desert, he saw two gods (Knull and an unnamed gold skinned god) in battle; angered that they existed and refused to answer his prayers, he fought back.

This led to a centuries long crusade across the galaxy, taking revenge against those who ignored the pleas of his home planet. 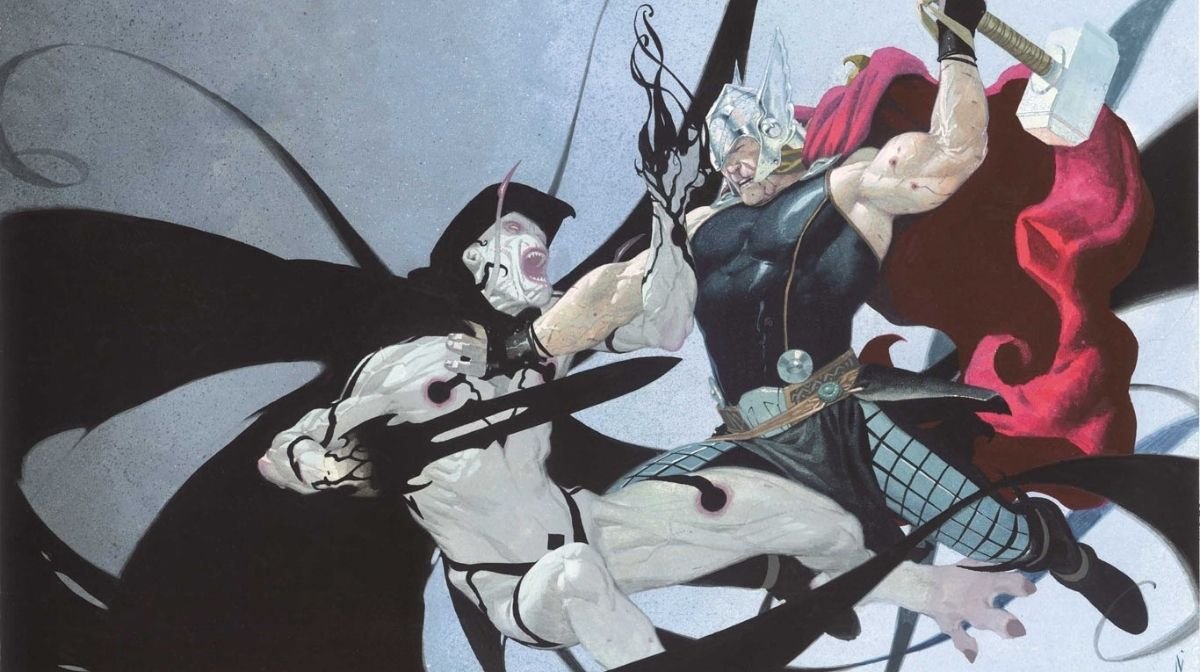 In the comics, Thor first encounters Gorr after seeing the bodies of gods slain before him. Gorr quickly comes to attack and Thor fails to deliver a knock-out blow, conjuring a lightning strike so powerful he knocks himself out too.

Their rivalry continued over the centuries, and with Gorr amassing enough minions to help him do his dirty work, it only intensified.

The God Slayer soon killed the Time Gods, gaining the power to travel across millennia on his murder spree, going deep into a desolate future where he began to send the enslaved gods after capturing them. 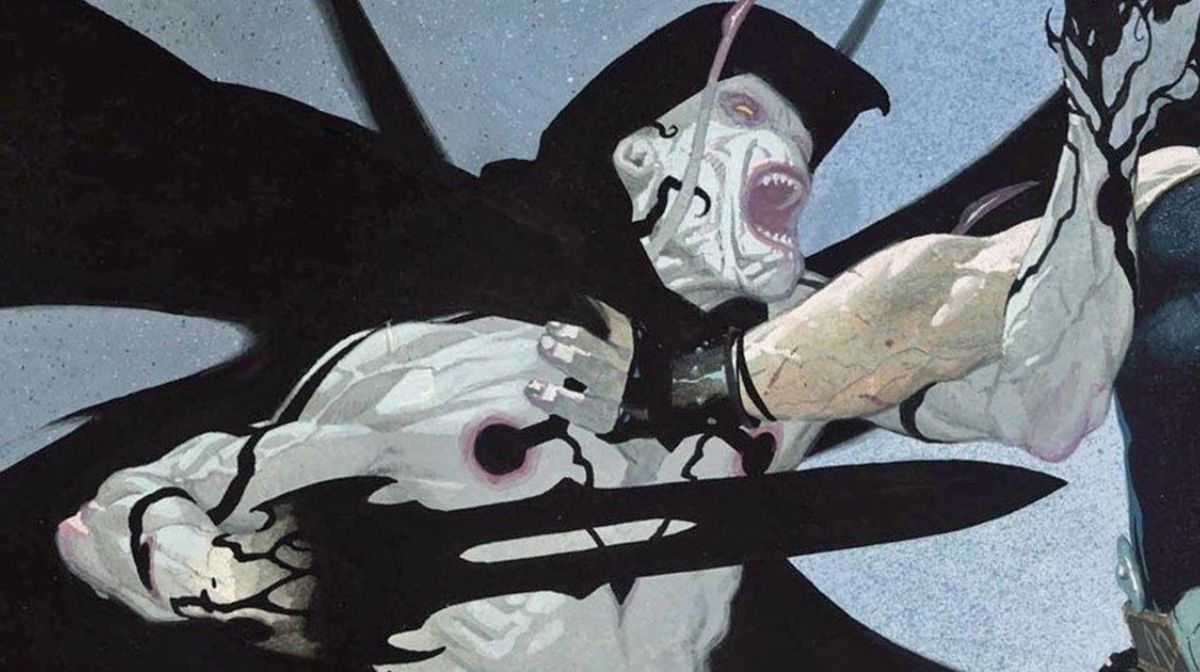 This time travel also meant that he could go back to the past, enslaving the young Thor before the two had met.

His downfall eventually came when he used the All-Black symbiote to reconstruct his dead wife and son – they looked upon him, realised he’d gone mad with power, and had become the thing he hated.

Gorr was defeated, but his legacy lived on. Thor became so scarred by the anti-god philosophy he became unable to lift his hammer for a period of time. 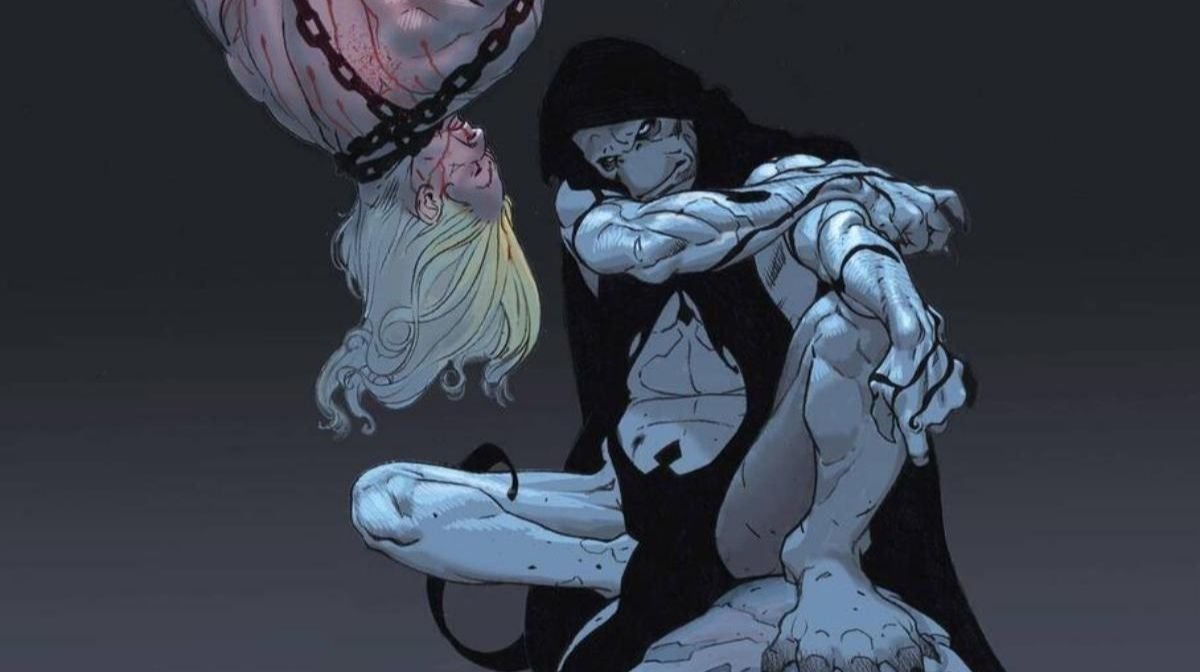 Amazingly, Gorr had a successful killing spree despite lacking superpowers – but then, after 3,000 years of practice, you’re going to be able to take down a god effortlessly.

He’s also pretty skilled at torture too, and has boasted of torturing a God Of Torture.

When he has the All-Black Necrosword, he’s even more unstoppable, and can lift in excess of 100 tons, more than even Thor himself. Also, the more gods he kills with that sword, the more powerful he becomes.

So he may not be superhuman, but you’d be forgiven for thinking he was. The God Of Thunder has well and truly met his match this time – we’ll see what happens when the pair go head to head in cinemas this July.