New family movie Think Like A Dog puts a fun twist on classic comedy What Women Want, following the story of young tech prodigy Oliver (Gabriel Bateman) as he forges a telepathic connection with his dog Henry (voiced by Todd Stashwick).

Now able to understand each other, the duo join forces to overcome difficulties Oliver is facing in life, from problems at school, to his parents’ (Megan Fox and Josh Duhamel) struggling marriage.

Zavvi spoke to director Gil Junger about all things Think Like A Dog, as well as his iconic directorial debut 10 Things I Hate About You, finding out more about the potential follow-up story he is currently writing.

Zavvi: The central duo in this movie is a kid and a dog, and the saying goes ‘don’t work with kids and animals’. But you have done both!

Gil: Yeah, and I feel blessed because not only was the dog impeccably trained, but Gabriel is the best child actor I have ever worked with. He is incredibly smart and in touch with a level of emotion 13-year-old kids are just not meant to have.

Also the trainers knew it was important to me that the dog (Henry) was genuinely connecting with Gabriel, so they ensured the two spent every free minute together.

Even to the point Gabriel sometimes took Henry home. It meant in the scenes where the two are emotionally connecting with each other, you feel it. 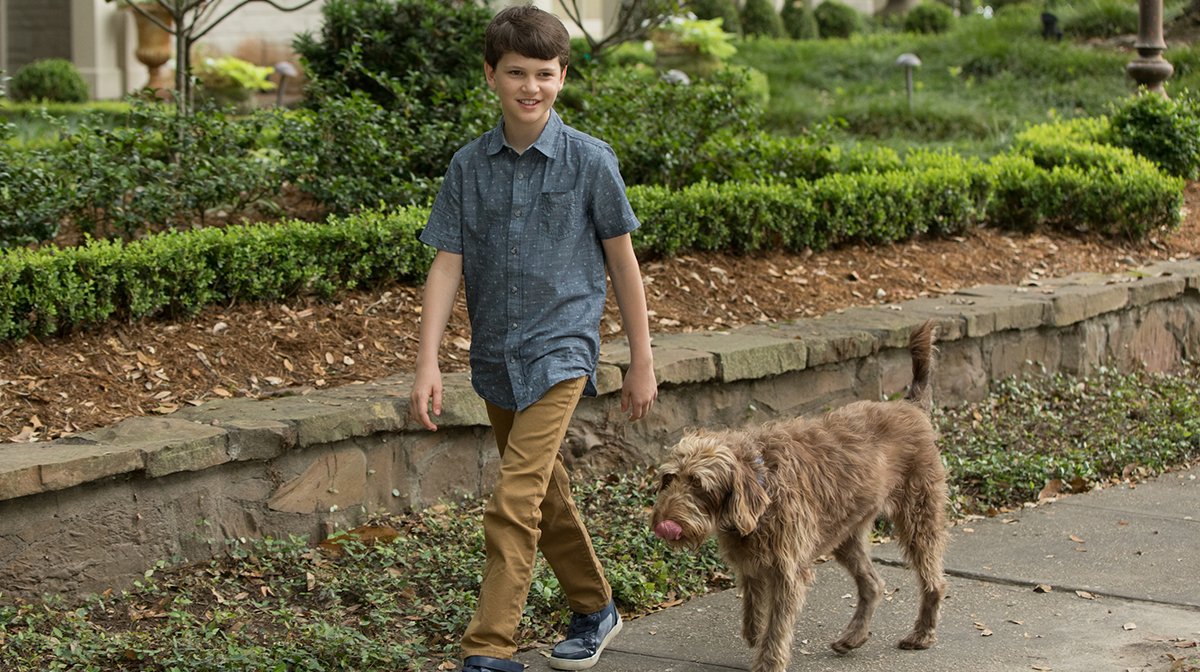 Zavvi: Gabriel is great. I enjoyed his performance in Child’s Play too.

Gil: Yeah, he’s something else!

Zavvi: So you wrote the movie as well. What inspired the story?

Gil: There were three things happening at the same time which inspired me to write this movie. I knew I was about to get divorced, and I was concerned about my kids, and how the divorce was going to hurt them.

Secondly, during this time I had a Golden Retriever and one day, whilst I had tears in my eyes, he came over to me and licked the tears off my face. And I was like wow, that to me was so beautiful, I believe dogs really feel emotions. 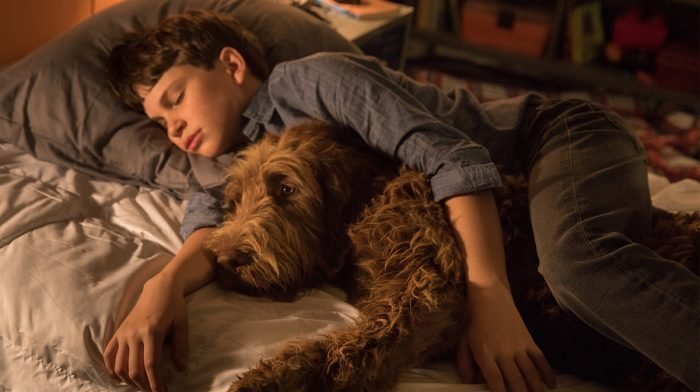 And the third part, I had been doing a lot of spiritual work and was much happier with myself. I started to learn to appreciate me, and it changed my perspective on everything. Part of that realisation was I didn’t need anything except love and my two boys.

Zavvi: It came from a very personal place then?

Gil: Yeah, it’s a love letter to my children and dogs. I wanted to say to my kids that as long as you love yourselves and know mum and dad love you, even though we might be under different roofs, you are going to be okay.

I also didn’t just want to make a ‘dog movie’ or a ‘kids movie’, I wanted it to be enjoyable for both children and adults. 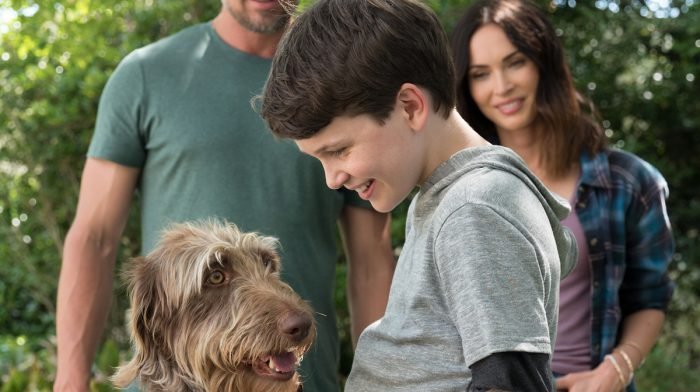 Zavvi: As you say there it is a family film, and whilst it is fun, it does tackle more serious topics such as divorce. And this is something we see many family movies doing, for example Pixar does this with all of their films.

Why do you think it is important films like this tackle these more sensitive and serious themes?

Gil: Before I started writing I asked myself what are the greatest family films, and I found they all have one thing in common. They are framed as a kids movie but also have adult themes that has something to do with loss and sadness.

For example, with Shrek, because he looked different he was shunned, he wasn’t understood, and you know, that’s a serious topic. Also I noticed if its too heavy the kids won’t engage with it, and if its too silly the adults won’t like it. 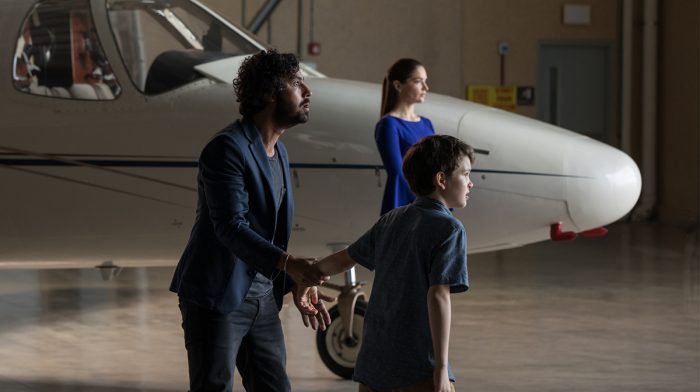 And it was the same thing with 10 Things I Hate About You. I didn’t just want to make a ‘high school movie’, my intention was to make a movie about characters and relationships, it just so happened it was set at high school.

And that was my ambition here, it needed to be realistic about divorce as it does happen. Great family films speak to children and parents alike, and it was challenging to achieve that, but I think I have.

Zavvi: You mention 10 Things I Hate About You there, a film I just adore, which of course was your directorial debut. And it recently celebrated its 20th anniversary.

When you were making it, did you have any idea how successful it would be, and how iconic it would still be two decades on?

Gil: Well, I can remember saying to Andrew Lazar, who was the producer, this is a hit movie. And he is very honest, but he said yes, it just feels like magic.

And it did. Every day it just felt special, and it did become a hit. But did I think it would resonate more than 20 years later? Absolutely not.

And I am almost done writing up my follow-up film, not a sequel, called 10 Things I Hate About Life. That story is, the opening scene is a 30-something man and woman go to the same place, at the same time to commit suicide. 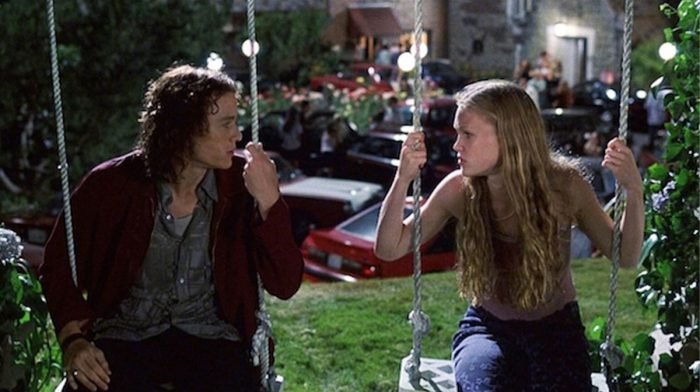 It sounds dark but it isn’t, and it’s framed as a romantic comedy, but it lands every once in a while in a very real place.

It’s my desire to explore and explode the myths of suicide, as aged 29 I tried to take my own life. I remember that depression, but if you had met me at that time, you would have thought I was one of the happiest kids on the block.

People always seem to think to get to that place of pain, it has to have come from a cataclysmic event, but it doesn’t. So I wanted to touch on that, that’s my next movie.

Anyways, thank you for saying such kind words about that film. Every day working on 10 Things was a gift.

Zavvi: It is a great movie, and I will keep my eye out for the follow-up! 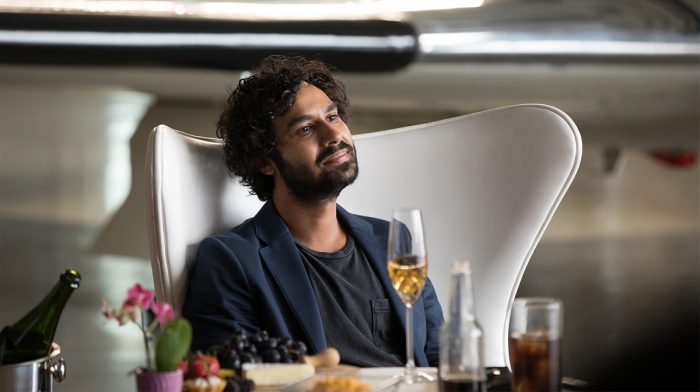 If you or someone know you is affected by any mental health issue then you can contact the charity Mind on 0300 123 3393 or visit their website.