Lights up on Washington Heights… that’s right, the film adaptation of Lin-Manuel Miranda’s hit musical In The Heights is hitting UK cinemas this week.

Set to be the feel-good film of the summer, the highly anticipated movie tells the story of a corner of Washington Heights, a community filled with dreamers including bodega owner Usnavi (Anthony Ramos) who sets his sights on a better life.

We spoke to leading ladies Melissa Barrera (Vanessa) and Leslie Grace (Nina) about what drew them to their roles, the importance of Latinx representation in cinema, and their highlights from set.

You can watch our full interview with Melissa and Leslie here:

Zavvi: Congratulations on the movie! It’s beautiful. My first question is had you seen the stage show before you got approached about the role?

Leslie: I hadn’t but I know that Mel had many, many times.

Melissa: Now I’m getting embarrassed by the story but I was literally one of the biggest fans of the show. I saw it many times on Broadway, with the original cast, with every other cast. I was in New York studying musical theatre so as you can imagine this was my safe haven show.

Every time I was like ‘ahh this is hard’, I would go watch In The Heights again to get motivated, because there was a place for me in this industry. 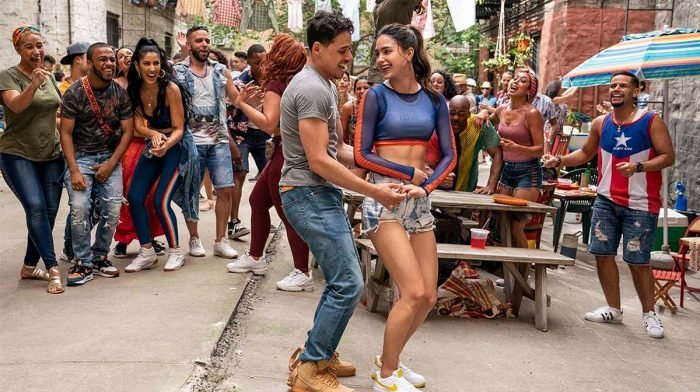 Zavvi: Love that! And Leslie, because you hadn’t seen it, what drew you to this story and character?

Leslie: I’d lived it! I felt like I knew these people. My mum is a real life Daniela, a salon lady and her first business was in Washington Heights, only a couple of blocks from where we shot the movie.

I know these people they are my family. I heard the soundtrack and that’s how I fell in love with the musical, hearing the stories through the music I was like ‘yes, I know!’

So as soon as I knew this was being made I wanted to be a part of it so badly, and to play someone like Nina who felt like me. 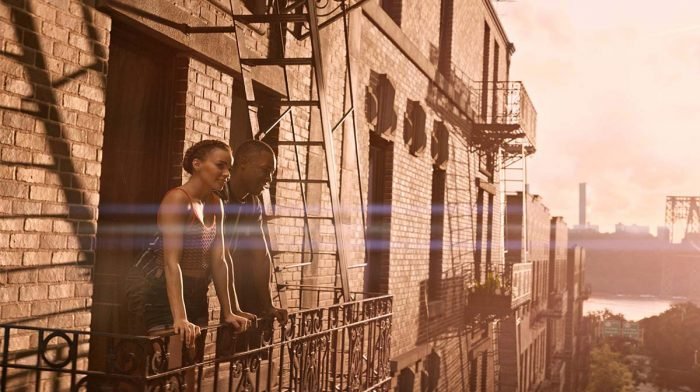 Zavvi: You have both touched upon it, but this is a Latinx story with a Latinx cast, something we rarely see on the big screen. How important is representation like this, especially such positive representation which celebrates the community?

Melissa: It’s so important, especially for the younger generations. But for a community as a whole to see themselves on screen and feel validated, and that their stories and voices matter, it is everything, and it can make a huge difference in how big a community dreams.

I don’t want to say ‘if you can’t see it you can’t be it’ as clearly Lin saw a void and thought ‘I’m going to fill that void and create roles for myself and my people’, but not everyone has that drive and a lot need the encouragement of seeing someone who looks like them having done it before.

So TV and film have an immense power in affecting the mentality of people, and for a very long time the Latinx community has been erased from that narrative, and that affects our people and how they live their lives. I’m so happy little boys and girls will have this movie as a reference and feel empowered. 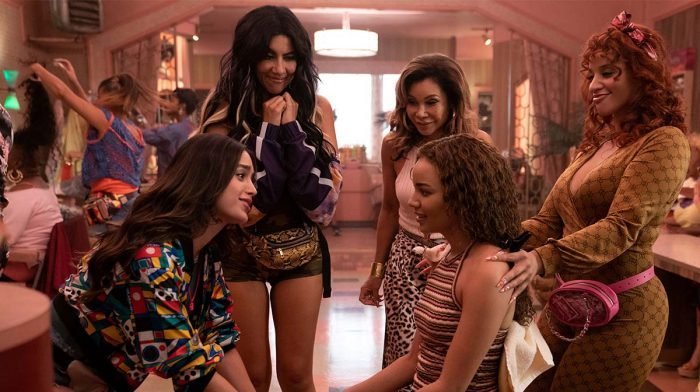 Zavvi: That was beautifully put. One last question then, what was your favourite moment from set? Leslie, if you had to pick one?

Leslie: It was all great but a moment I’ll never forget is our last day on set, which was a moment saved for that last day. It’s a verse from Breathe, where Nina sings ‘just me and the GWB, asking gee Nina, what will you be?’

She’s looking out from her fire escape, and Joe Reidy [assistant director] and Jon [M.Chu – director] had planned for that to be the last thing we shot, so Mel and Ant, although they had wrapped, they surprised me with Corey [Hawkins – Benny]. 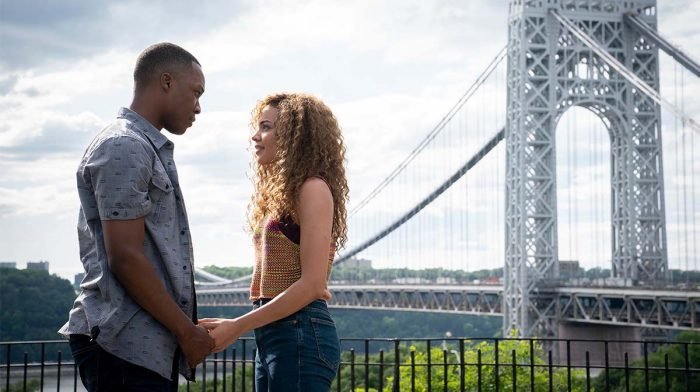 I was directed to turn from the window to look at the horizon asking ‘what will you be’, and I’m looking at everyone I had made this movie with, who became my family, and it just immediately broke me down.

It allowed me to feel what Nina was singing, we were all going home with this question in our heads of ‘what will we do after this life-changing experience?’

In The Heights is in UK cinemas from 18th June.