“Come with me if you want to live”. Terminator 2: Judgment Day is undoubtedly one of the most iconic action movies ever made, and this year it is celebrating its 30th anniversary.

We therefore wanted to pay homage to the landmark movie in celebration of its anniversary, so let us introduce you to our exclusive 30th anniversary set.

Inside you will find a premium collectable Endo Skull that is limited to only 1100 pieces worldwide. And when we say premium we really mean it as this bad boy weighs 13.5 kilograms! 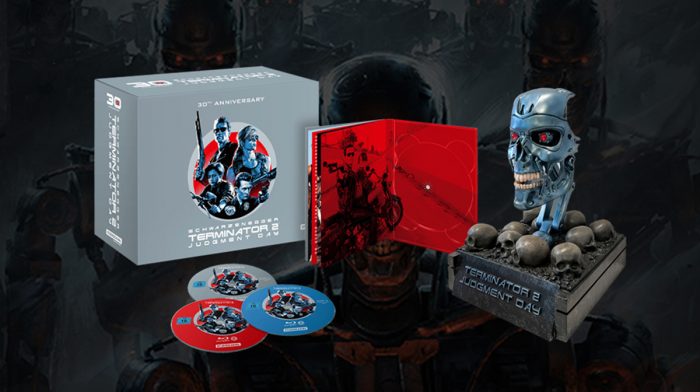 The set comes complete with a collector’s edition of the movie on 4K, special booklet, and perhaps best of all, the digipack can be inserted into the base of the skull for safe keeping.

But that’s not all as there are two other products that have also launched, with the first being a vinyl set.

In addition to Brad Fiedel’s masterful soundtrack on vinyl, this set also comes with the movie on 4K and a 12-inch lenticular card print. 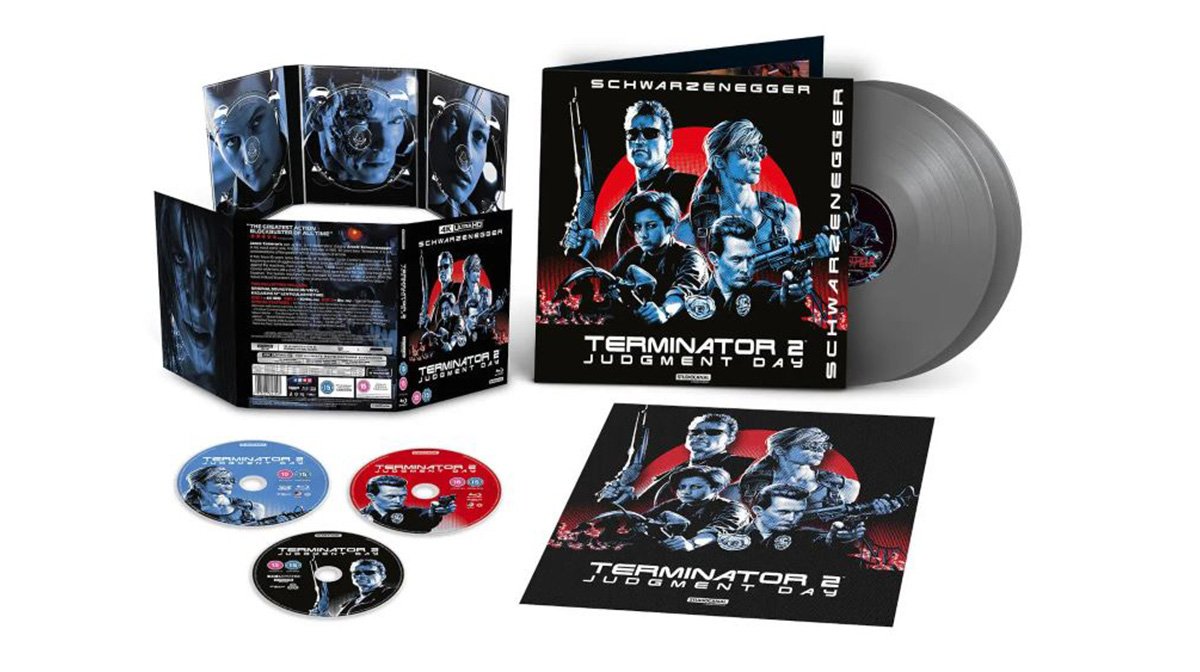 And finally there is the 4K steelbook which has eye-catching artwork by celebrated artist Tracie Ching.

Whilst the front depicts several of the film’s main characters including Arnold Schwarzenegger’s Terminator and Linda Hamilton’s Sarah Connor, the back features programming code created by Cyberdyne Systems. 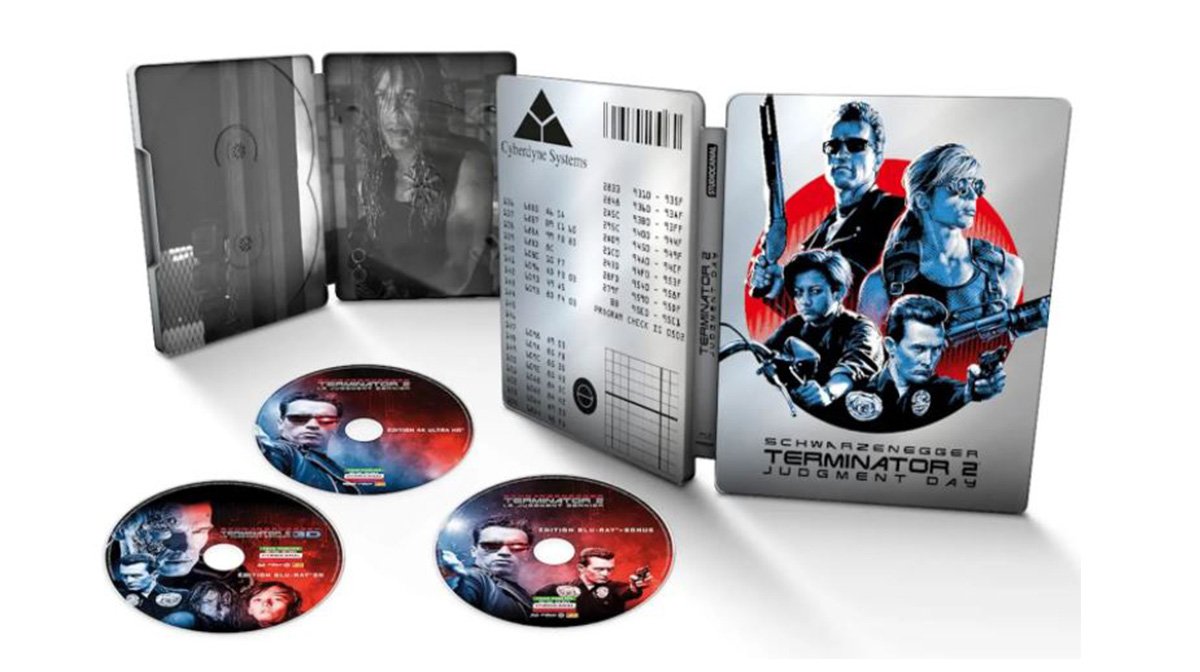 These include the T2: Reprogramming The Terminator documentary (featuring exclusive interviews with James Cameron and co.), deleted scenes, and two commentaries (featuring 23 members of the cast and crew.

All the products are available to shop now. Pick them up here.