HADOOOOUKEN! Strap on those boxing gloves because in out April ZBOX we’re getting ready for a fight – this month’s theme is BATTLE. With knockout franchises featured this month, you’ll find everything here from classic beat-em-ups to interstellar showdowns!

Channel your inner Ryu with this Street Fighter t-shirt. Designed for comfort (as well as combat), this t-shirt makes the perfect item for your next couch, co-op showdown or classic fighting game tourney.

Keep your money safe with the strongest avenger (or so he thinks!). This Thor wallet is the perfect wallet to get you in the mood for Infinity War or just to keep you happy after watching Ragnarok for the 4000th time.

It’s hard to believe that this little Pop! is actually a deadly assassin! In this month’s box we’ve put in a White Widowmaker Pop! Vinyl Figure from the popular game, Overwatch! 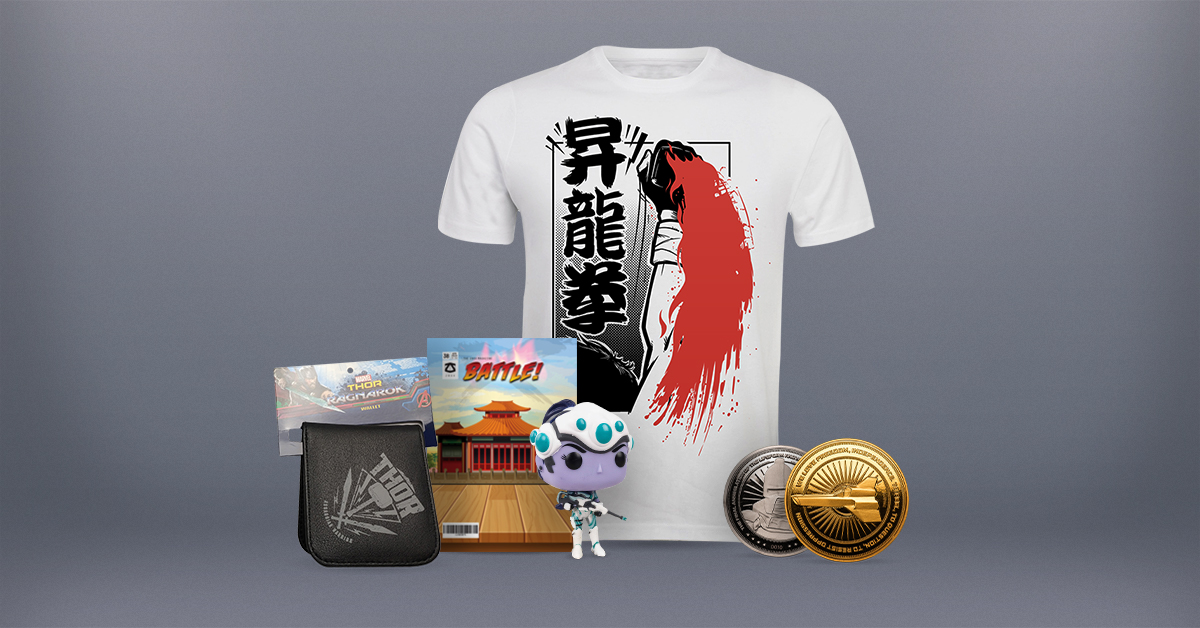