We’ve got our first look at Shazam’s arch-nemesis in action.

The star teased that the film would feature some of the biggest action sequences he’s ever done – and this opening scene more than lived up to the billing.

Here’s our scene by scene breakdown of the teaser. 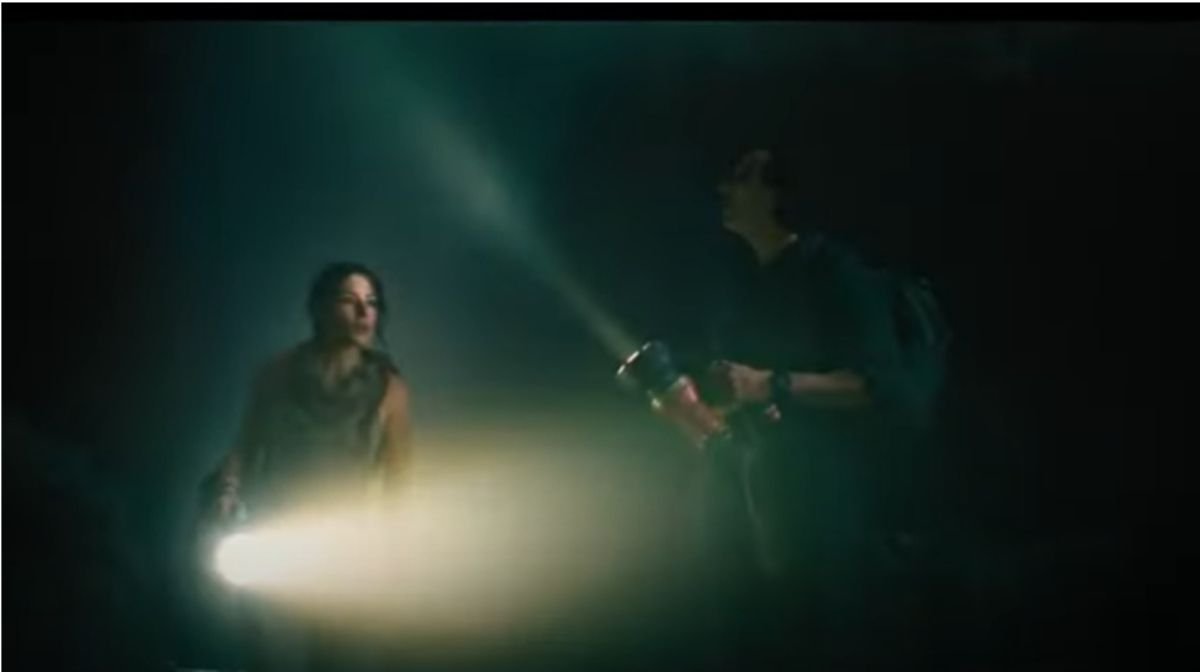 The teaser opens with two explorers entering a large cavern, with an opening at the top that appears to be a lightning bolt.

This appears to be the prison where Black Adam has found himself for thousands of years, after abusing his powers and being sentenced there by the council of wizards. 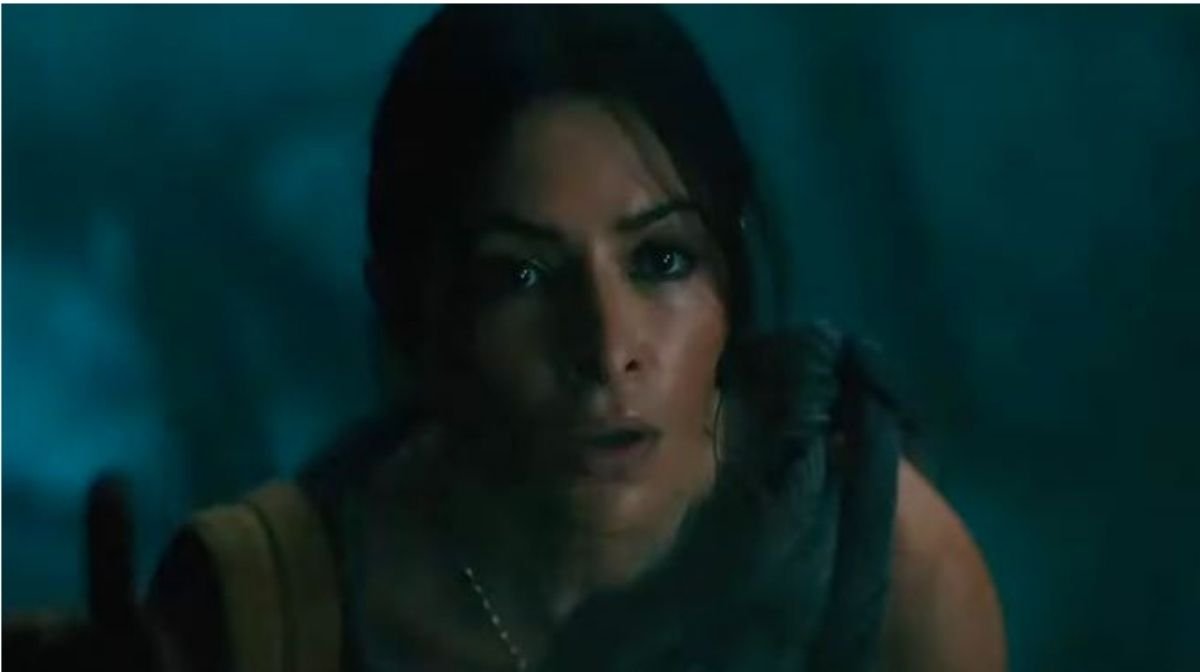 The two explorers are Adrianna Tomaz, a.k.a Isis (played by Sarah Shahi), and Sabbac (Marwan Kenzari).

In the comics, Isis is Black Adam’s wife, but it seems that her story will be different here – not least because in the comics she’s also a slave sold to Black Adam, and here it looks like she’s rescuing him.

Sabbac, on the other hand, seems like the villain of the movie. In the comics, he’s the inverse of the anti-hero, with his dark powers coming when he says his name – “Sabbac!” 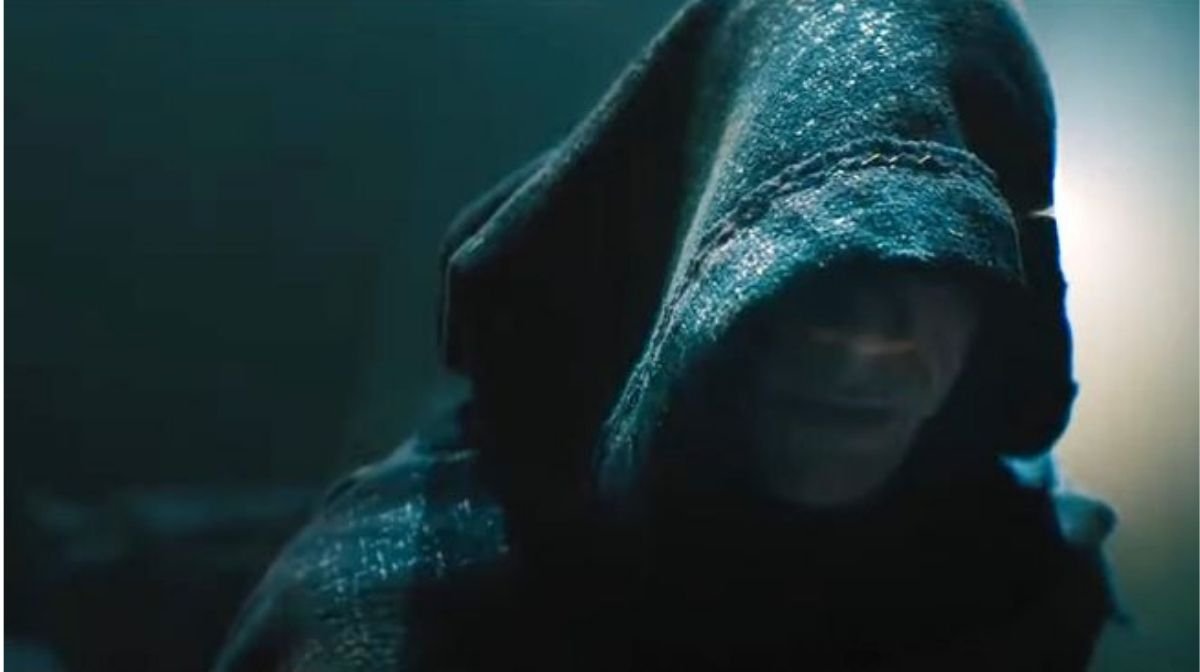 Above Black Adam’s tomb is the Crown Of Kahndaq, best known as the anti-hero’s crown. As it’s floating directly above his prison, it suggests he’s still powerful.

Isis then speaks the magic word “Shazam”, and suddenly, Adam is unleashed. It’s not clear whether this was her intention – but it does make for a nice role reversal from the comics.

We then get our first look at Black Adam, with The Rock’s face obscured via a hood. It’s designed to recall the 2011 comics reboot, which was a similarly intense introduction to the character. 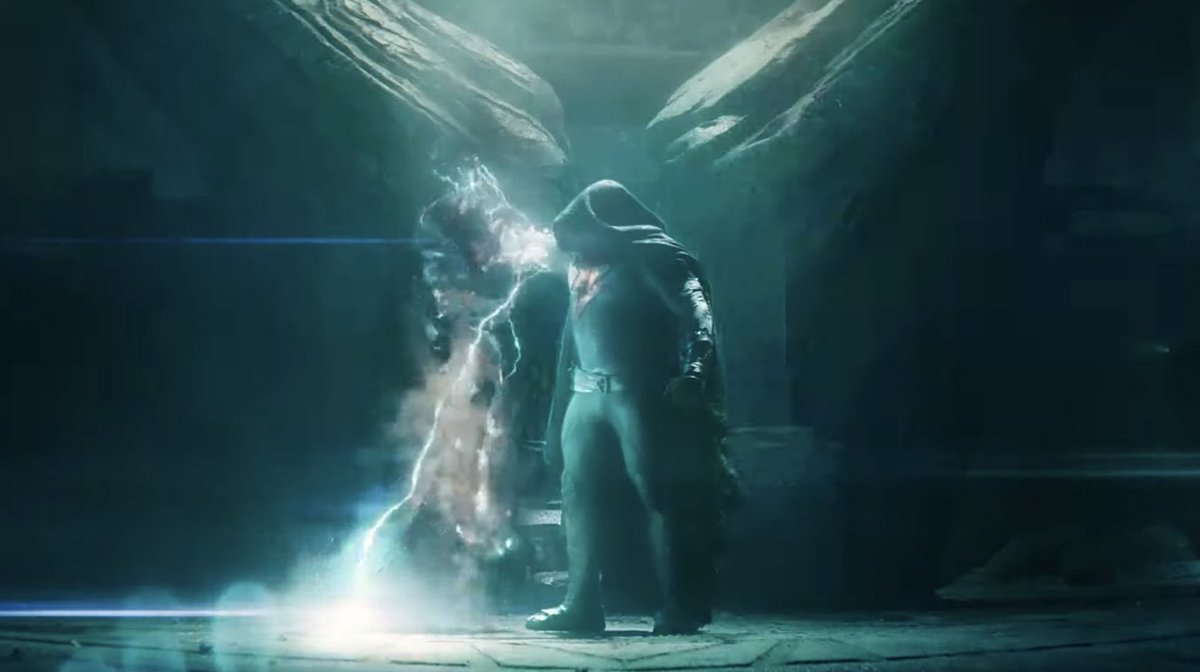 With Adam unleashed, we see that the two explorers aren’t the only ones here. An armed group approaches the kneeling Black Adam, who responds by grabbing the man by his throat and burning him to a crisp in a lightning blast.

The soldiers open fire, and we get a quick rundown of some of Black Adam’s many powers. He catches a bullet with his fingers, while others bounce directly off him.

The scene ends with him taking flight, the soldiers’ bullets still bouncing off him. It’s the perfect introductory scene – and we’ll find out more about who Black Adam is when the film releases on 29th July 2022.