13 years ago, director James Cameron changed the face of cinema for good. Taking audiences to the fictional biosphere of Pandora, Avatar’s never-before-seen CGI and performance capture technology paved the way for it to become the highest-grossing film of all time.

Following the story of paraplegic marine Jake Sully (Sam Worthington), viewers fell in love with his permanent transition into avatar form — largely thanks to the many creatures, flora, and breathtaking views that inhabit his new home. 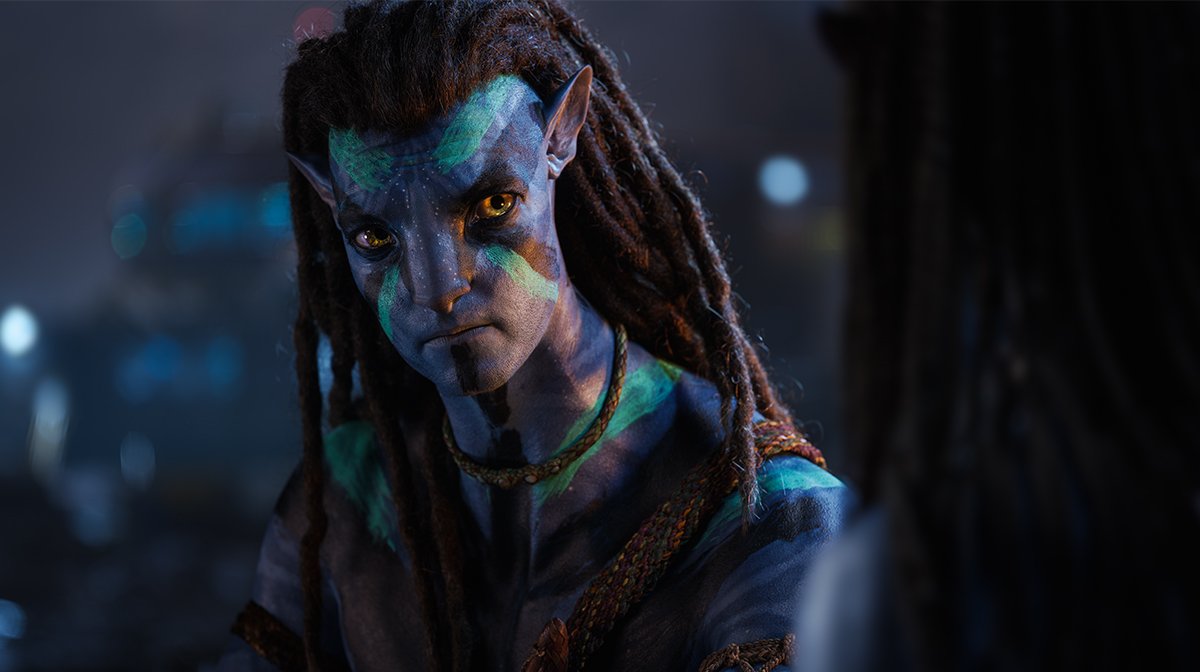 Choosing to settle down with native Na’vi Neytiri (Zoe Saldana), Cameron’s fictional paradise left a feeling that many stories were yet to be explored.

In highly anticipated sequel Avatar: The Way Of Water, fans meet a new generation of the Omaticaya clan, alongside a smorgasbord of aquatic excellence nestled into Pandora’s reefs. 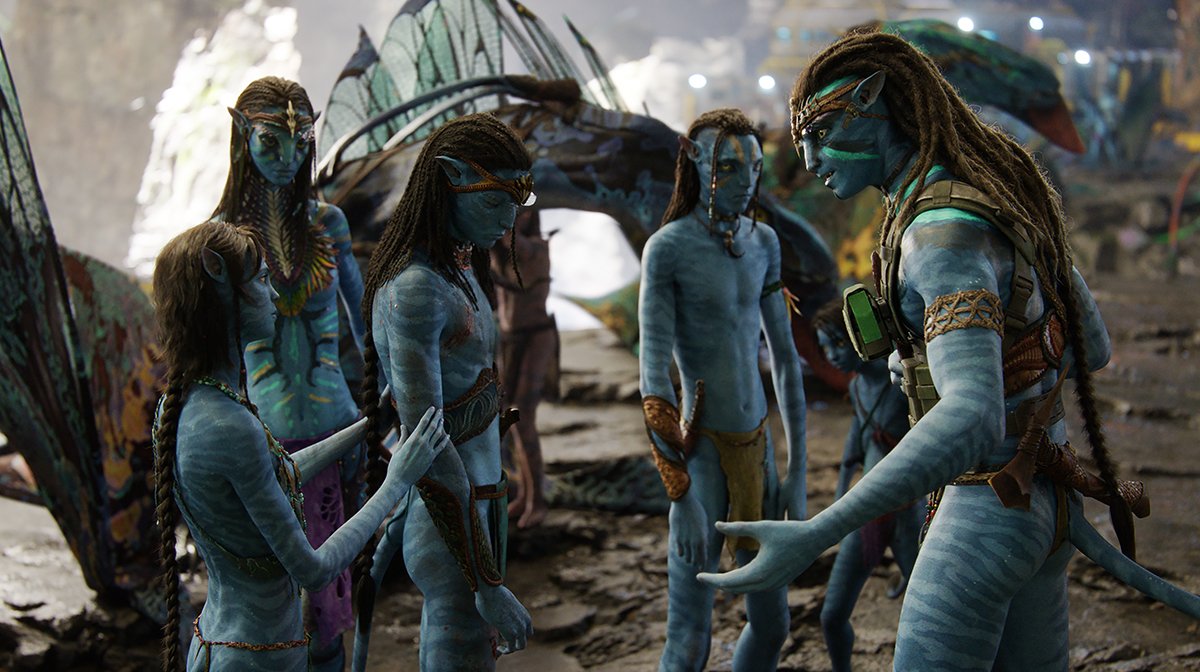 On their adventure, they befriend the daughter of the Metkayina clan Reya (Bailey Bass), who teaches them the ways of the ocean.

“I think to know that you’re part of a legacy that’s bigger than yourself and a worldwide phenomenon is an honour”, Bailey tells Zavvi.

For Bass, it’s her first acting role and certainly isn’t an introduction that she seems phased by. Meanwhile her 13-year-old co-star Bliss had just been born when the original Avatar first hit cinema screens. 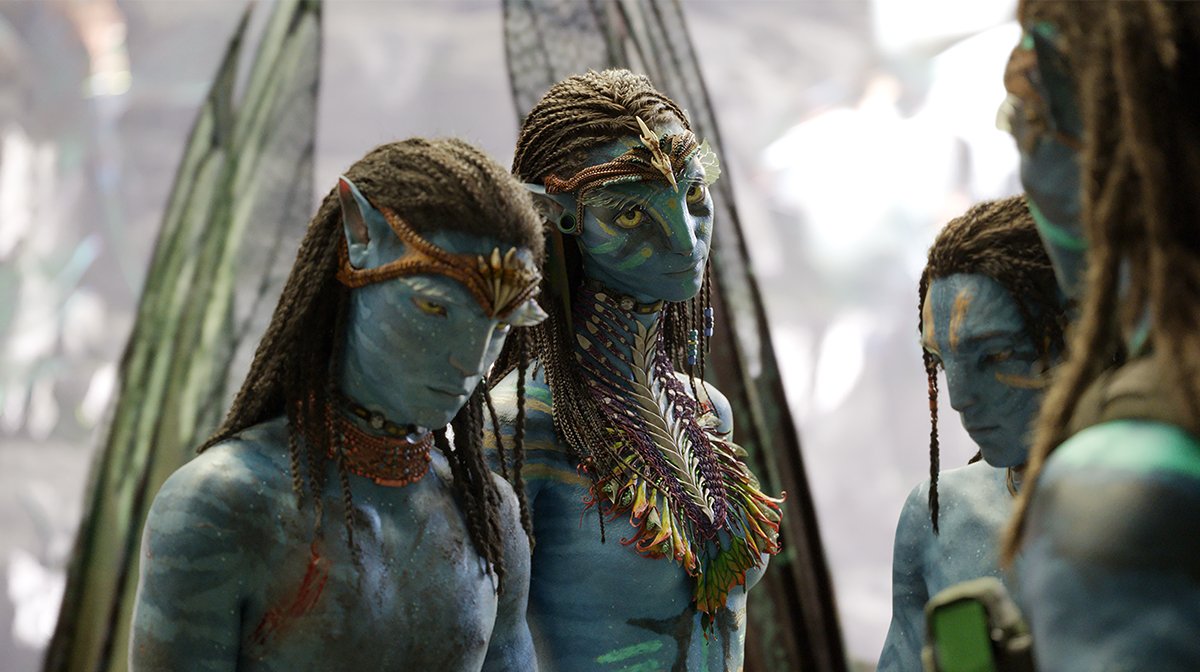 “I think I was one month old”, she says. “I first watched the film when I was auditioning, so that was 2017. But I knew of Avatar and how amazing it was, how it changed film.

“All my family had gone to see it and they loved it. I got to fall in love with it myself later on. I think it’s still one of my favourite movies to this day.”

Falling in love with the world of Pandora isn’t a tough feat, with the film’s 3D screenings adding an extra layer of realism. It’s a land the trio have been immersed in since 2017, when production began. 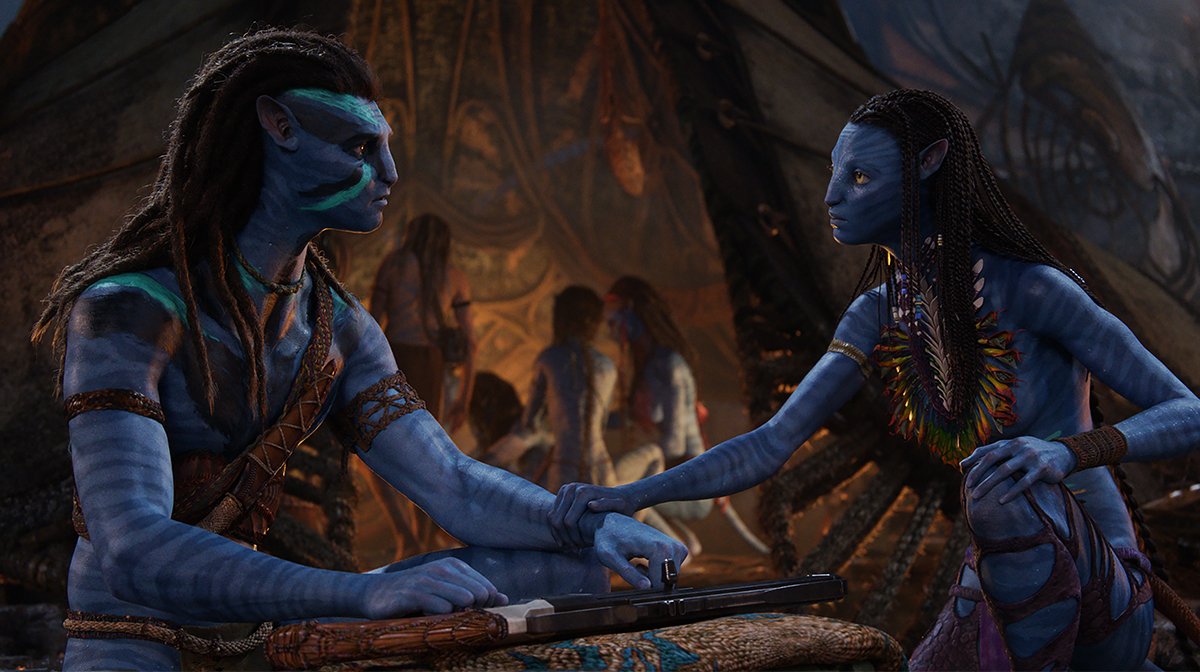 Over the course of the last five years, it’s something newcomer Bass feels she can look back on with pride.

“Honestly, I was very impressed with my performance. There’s been so much time in-between when we filmed — and I’ve grown a lot as an actor — that I was a little bit nervous about what my performance would be like.

“But it’s really a testament to how incredibly awesome Jim is as a director, because I would not have changed a thing.” 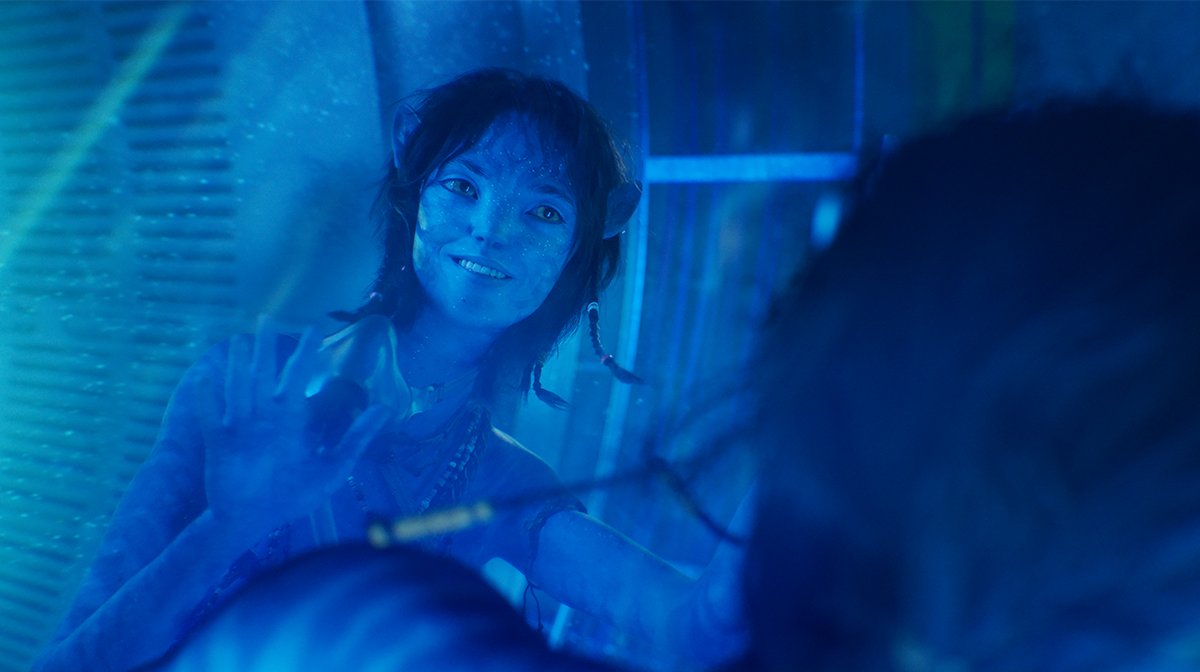 Cameron’s reputation for changing the world of film through the Avatar franchise doesn’t show any signs of stopping with its sequel.

Made with an astronomical $250 million budget, the oceanic world of the Metkayina clan feels like a National Geographic expose in itself.

Working inside a water tank holding 250,000 gallons of water, the cast learned how to freedive to simulate the Metkayina hunting on the ocean floor. 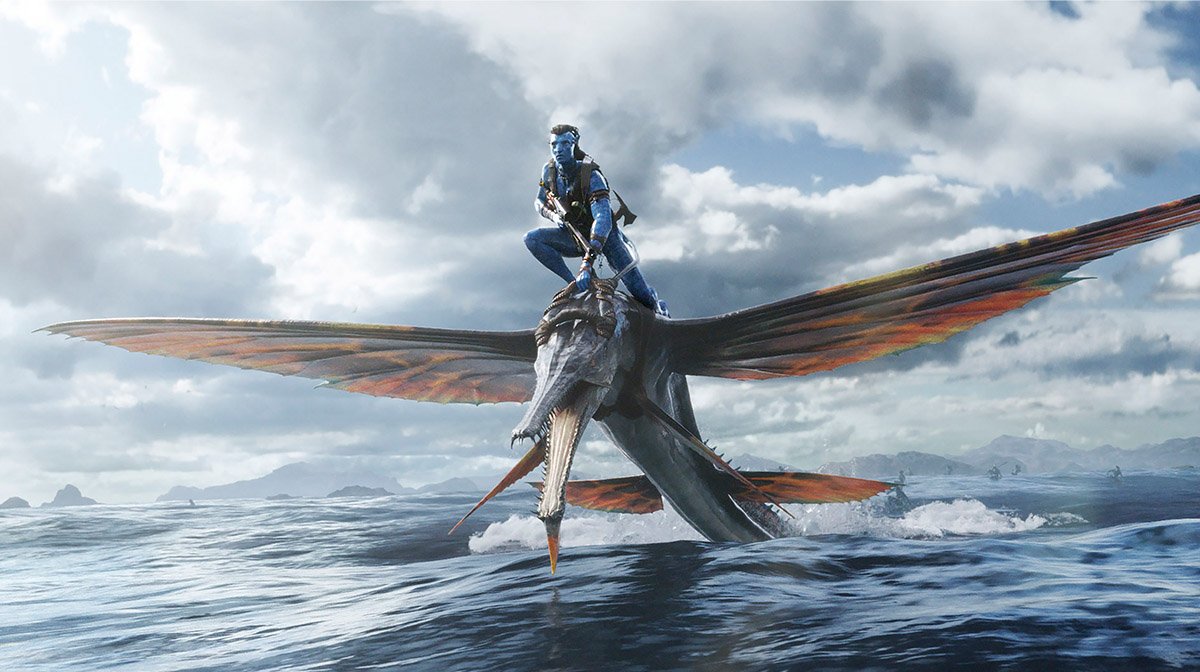 “We trained with [freediver] Kirk Krack and many other amazing coaches. We were in the water a lot — like sometimes four, five days a week”, explains Bliss.

But does an extra-terrestrial territory come with an added sense of fear? Not for Bass, even while being initially hesitant to begin training.

“When you have some of the world’s best coaches training you to complete these scenes, and you have a visionary director like Jim who’s also very familiar with the ocean and water, you’re at ease. 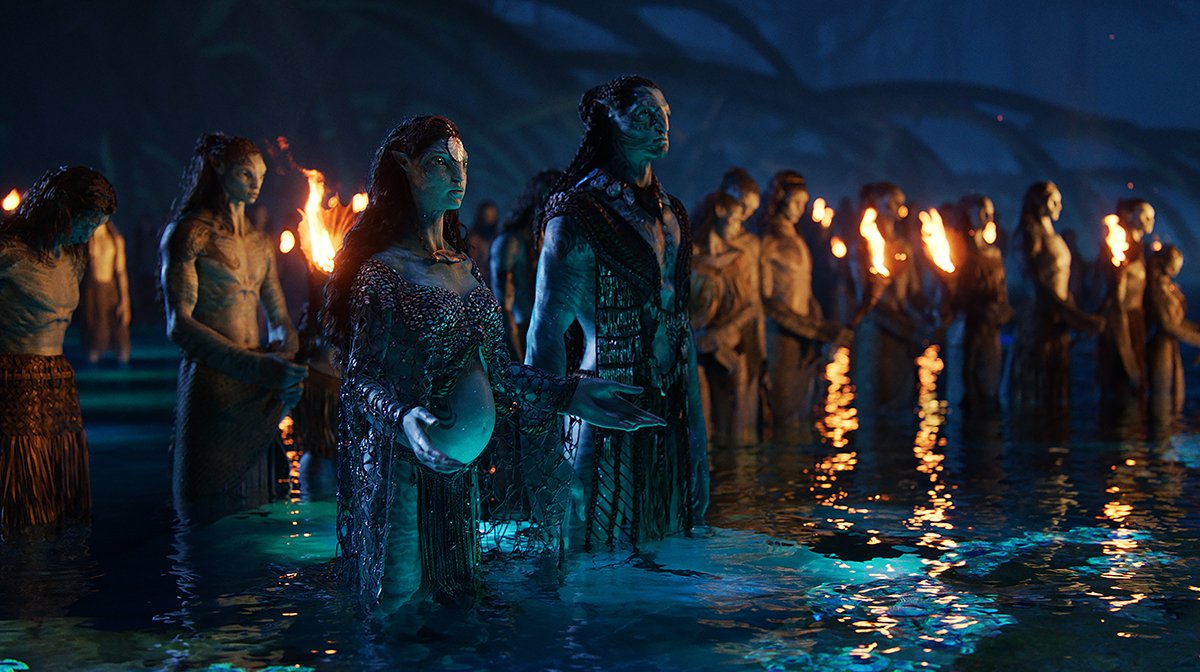 “I was though uncomfortable with it in the beginning, but I did end up being very comfortable in the water. I did master the movement which we had to create.

“The Metkayina swim with their hips going right and left, which is not how humans do it, so we had to develop that. I think because I spent a lot of time in the water, I did end up being really good.”

It only takes a quick YouTube search to see how physically demanding it is to embody a Na’vi avatar. Cast members like Sigourney Weaver, Saldana, and Worthington all don the infamous performance capture technology suits to act with minimal props that bear the smallest of resemblance to another world. 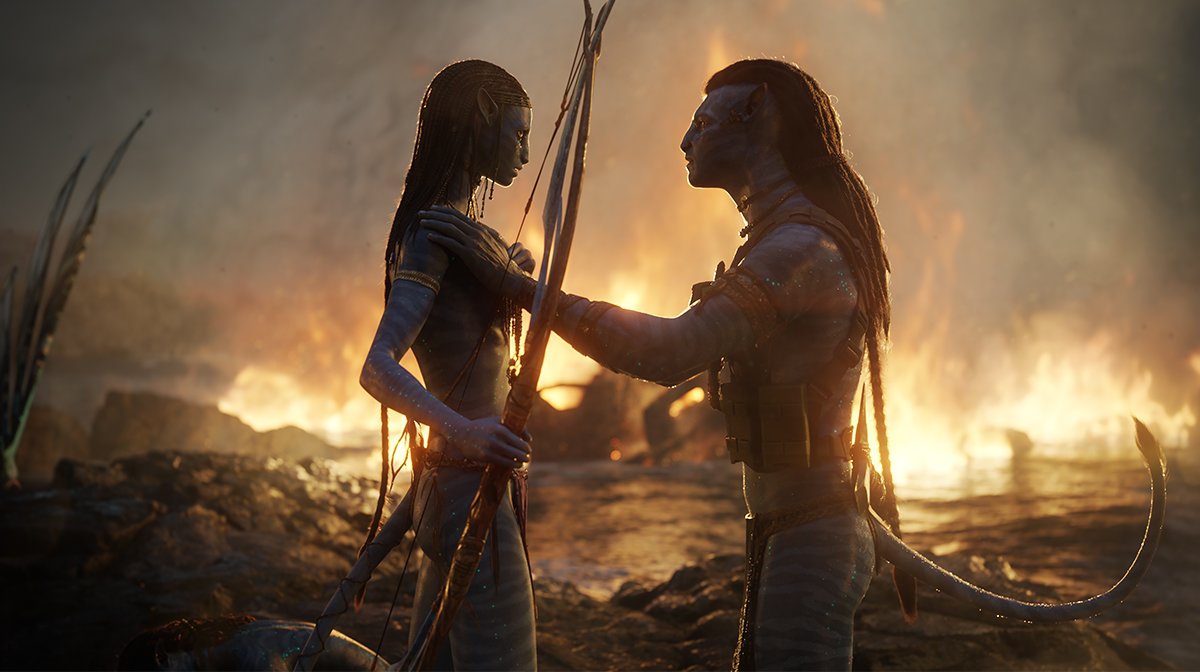 Yet on top of all that, there is another challenge. A significant portion of the film is peppered with native Na’vi language, or at least a distinct inflection to their English speech. For Flatters, his accent challenge was two-fold.

“It’s interesting, because we didn’t really know what we were shooting for. So, I talk in an additional American accent to sync up with everyone else.

“As soon as we got the pilots, we then used specifics and details to generate these characters. The coaching was an integral part of getting the character and bringing it to life.” 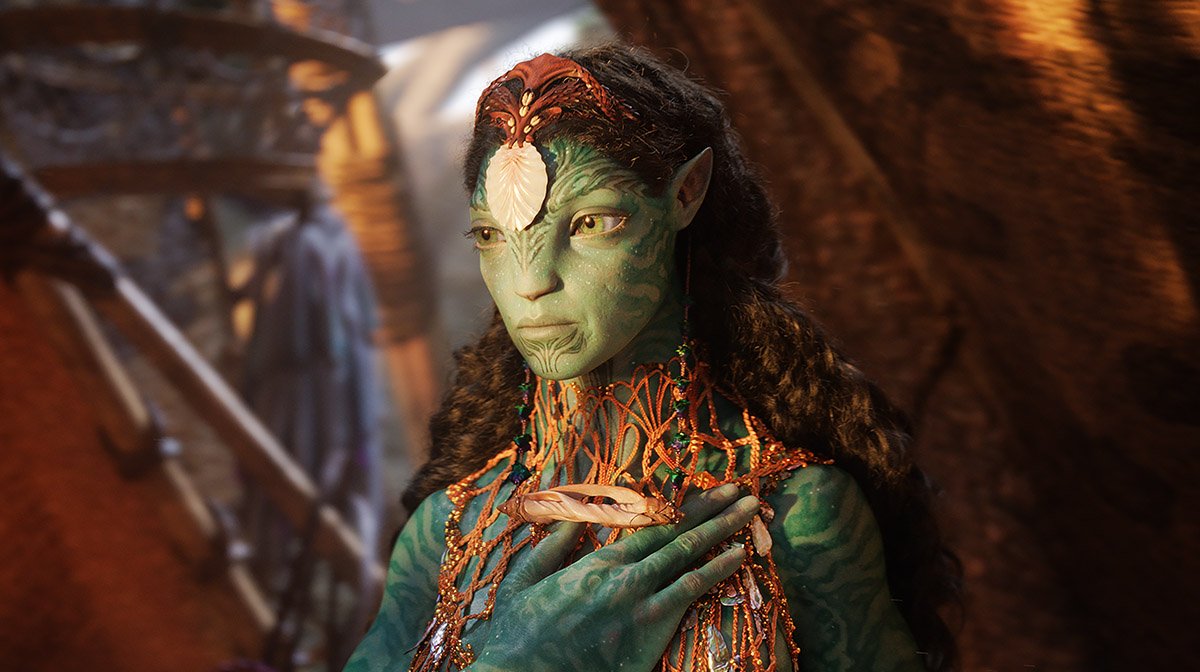 “Carla [Meyer, dialect coach] was so patient with teaching us the Na’vi language and dialect – she was also part of the process during the initial auditions”, adds Bliss.

For this trio of new generation Avatar stars, fearlessness is the name of the game. No matter how big the stakes, how challenging the shoot, or how demanding the characterisation can be, they easily take it all in their stride.

“I don’t think we fully understood how massive the first film was because we were so young when it came out”, says Bass. 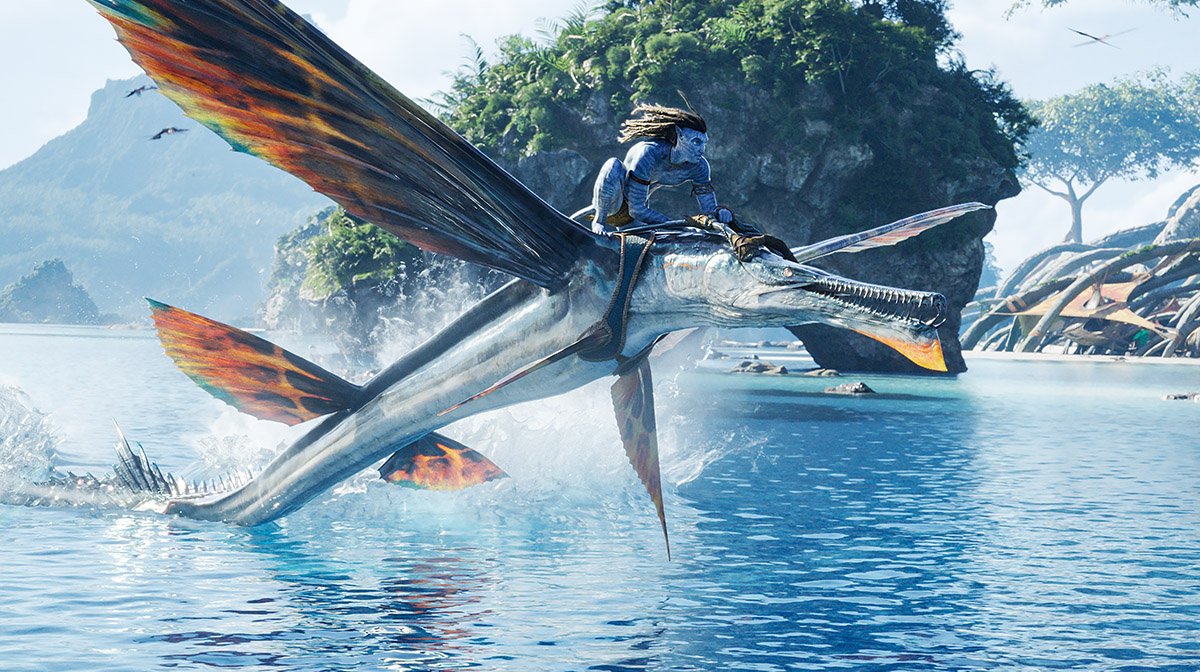 “We didn’t see the world change. And because of that, I think we were just in our filming bubble and we’re enjoying all those little moments. As much as this movie is so big, at the end of the day, I think is acting is acting.”

“To be in a film that talks about the responsibility of a shared connection between a community, showing people that ‘if in doubt, look into the world and see what you can find’ is an amazing way of connecting”, Flatters adds.

“The fact that a big action film can have that at its core, as its ethos, is quite cool.” 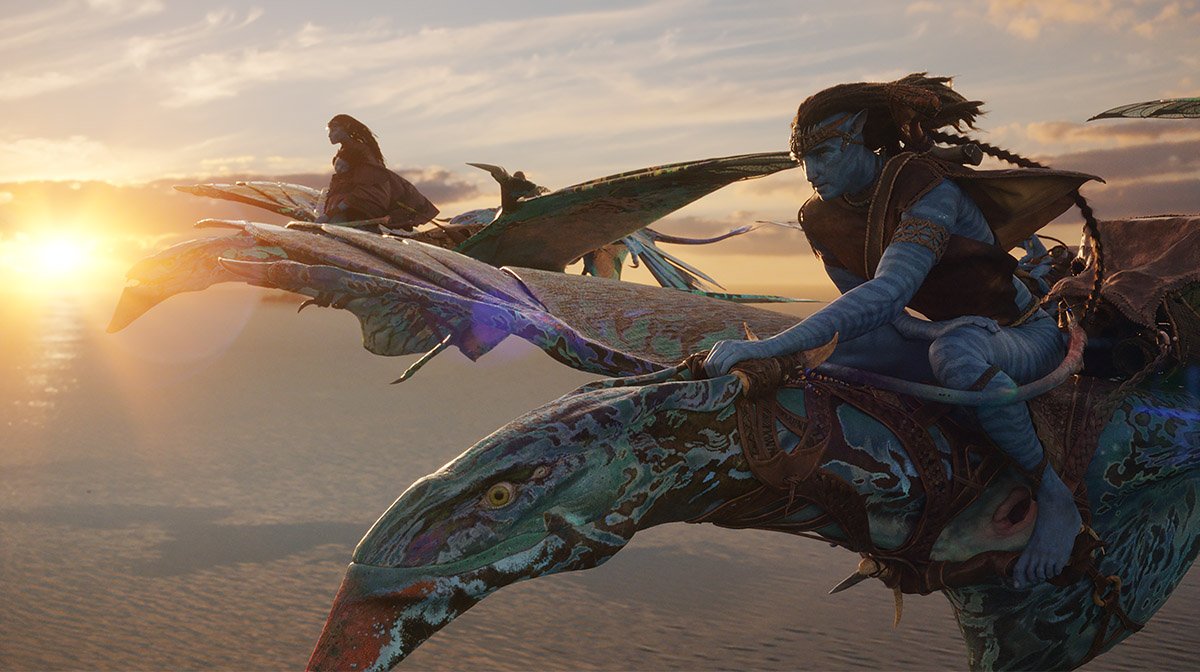 Avatar: The Way Of Water releases exclusively in cinemas on Friday 16th December.

Shop our range of Avatar merchandise.