It’s no secret that Hook had the most troubled production of any Steven Spielberg film. Originally entering pre-production in the early 1980s, the project took on many different forms before going in front of cameras.

At one point, the film was going to be a musical – an idea that Spielberg backtracked on four days into shooting, scrapping all of the original songs written by John Williams and Leslie Bricusse.

And this is before you get into the behind the scenes drama throughout the rest of the shoot. Spielberg felt uncomfortable helming a project with so many A-list names (and reportedly did not get along with his Tinkerbell, Julia Roberts), and the production ran drastically behind schedule and over budget. A $48 million budget ballooned in size to $80 million by the time it finally wrapped. 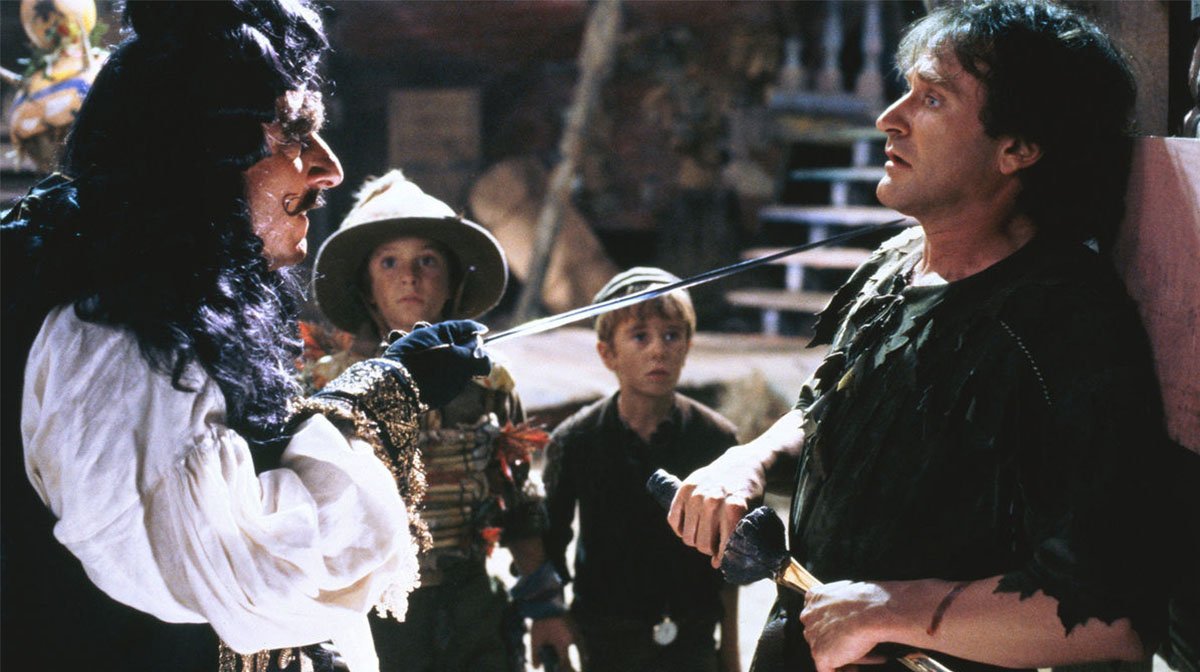 As you’d expect, Spielberg himself regularly brings it up in interviews as the one film he’s made that he’s disappointed by. And yet, rather than becoming a footnote in his filmography, it has managed to endure for 30 years.

Watched today, it’s arguably the best live action Peter Pan film, building upon the mythology of J.M. Barrie’s novel, while highlighting why it was a pivotal childhood classic for countless generations.

In a 2011 interview with Entertainment Weekly, he said that if he made it today he “would have probably done Neverland with live-action characters in a completely digital set, but [he] didn’t have technology to do it then and [his] imagination only went as far as painting trees blue and red.” 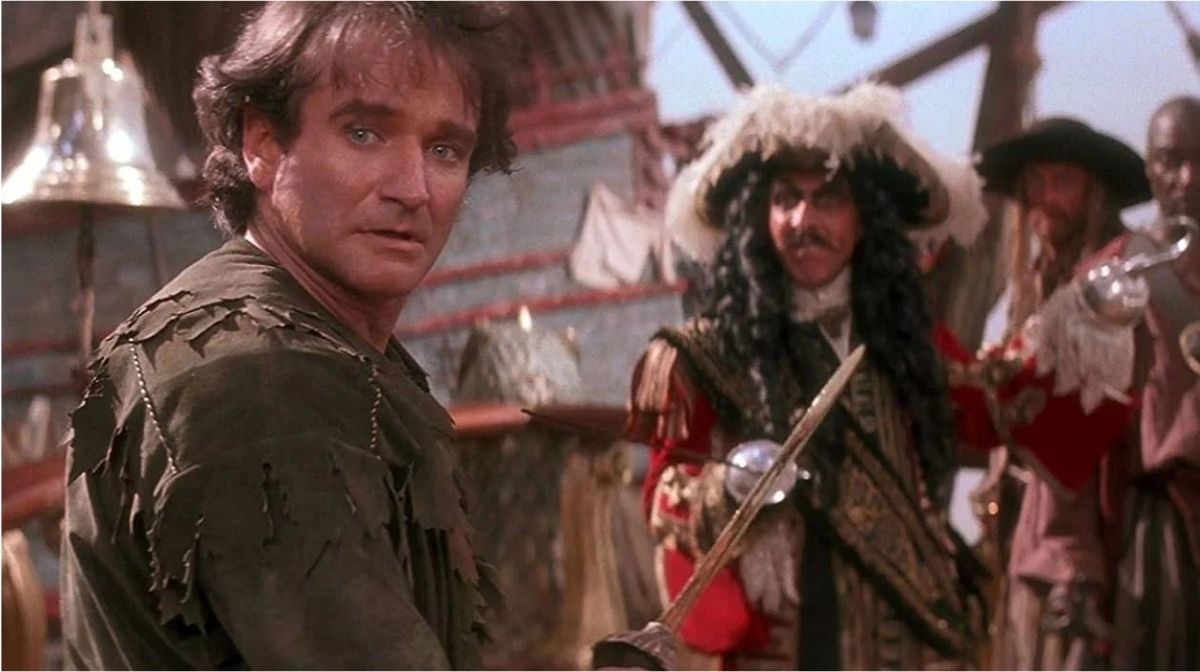 And yet, this simplistic approach to making the fantastical a reality proves effective. It’s still a heightened world that feels exactly like what a kid would dream up, but the visuals aren’t distracting enough to pull attention away from the two performances at the centre.

As Captain Hook, Dustin Hoffman unleashes his inner pantomime-villain with utter glee. It’s unrestrained ham of the highest order, over-enunciating every syllable to sell what is surely one of the most deranged takes on an English accent ever delivered by an American Oscar-winner.

It’s a delightfully theatrical, very knowingly over-the-top performance, and the reason it proves effective is because Spielberg didn’t have any impulses to turn Neverland into a live-action cartoon.

The practical sets actually help ground the silliness – and even if Spielberg may be disappointed with how he visualised Hook’s ship, or the Neverland grounds where the Lost Boys battle with Hoffman’s campy pirate, it ensures the film never fully divorces itself from reality. 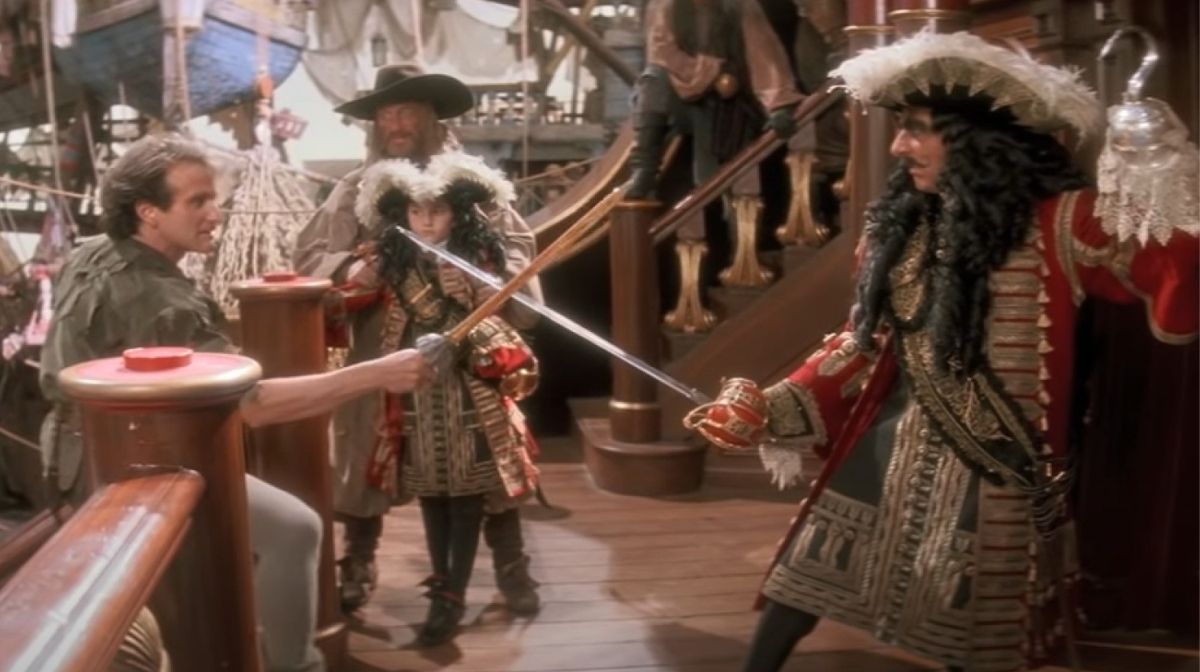 Whilst realism isn’t what we come to a Peter Pan film for, it’s crucial that the movie doesn’t get too fantastical so as to not look past the heart of the story, which is an effective extension on the theme of ageing from Barrie’s original novel.

As played by Robin Williams, the adult Peter is a workaholic almost entirely distant from his children’s lives, so removed from his youth that he doesn’t even seem to notice it slipping away from the rest of his family.

The director has said that his film has a great opening act and a fantastic finale, but the action in Neverland doesn’t quite hit those same heights for him.

And yet, it’s the adventures in Neverland that ensures the finale packs the required emotional punch, as Peter realises that to be a good father he can’t abandon the optimism and adventurous spirit that defined his younger years. 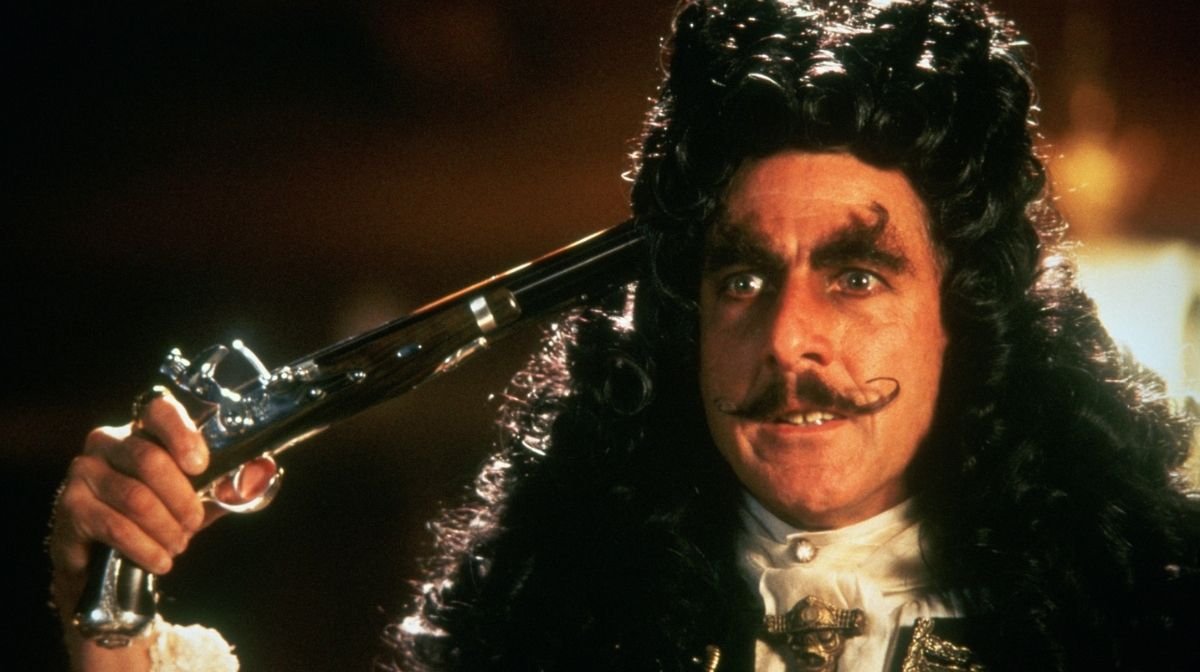 It feels more like a fitting end to the Peter Pan saga rather than a potential first entry in an all new franchise – and you know if it was made today, it would end with a studio mandated sequel tease.

The fact we never returned to these characters is why its climactic sequences have retained their emotional power all these years.

The film was a box office hit, making $300 million worldwide, which is a whopping $609 million when adjusted for inflation. But because of Spielberg’s usual blockbuster standards, many Hollywood insiders still wrote this off as one of his biggest flops, making it one of the most financially successful films to now be regarded as a “cult classic”. 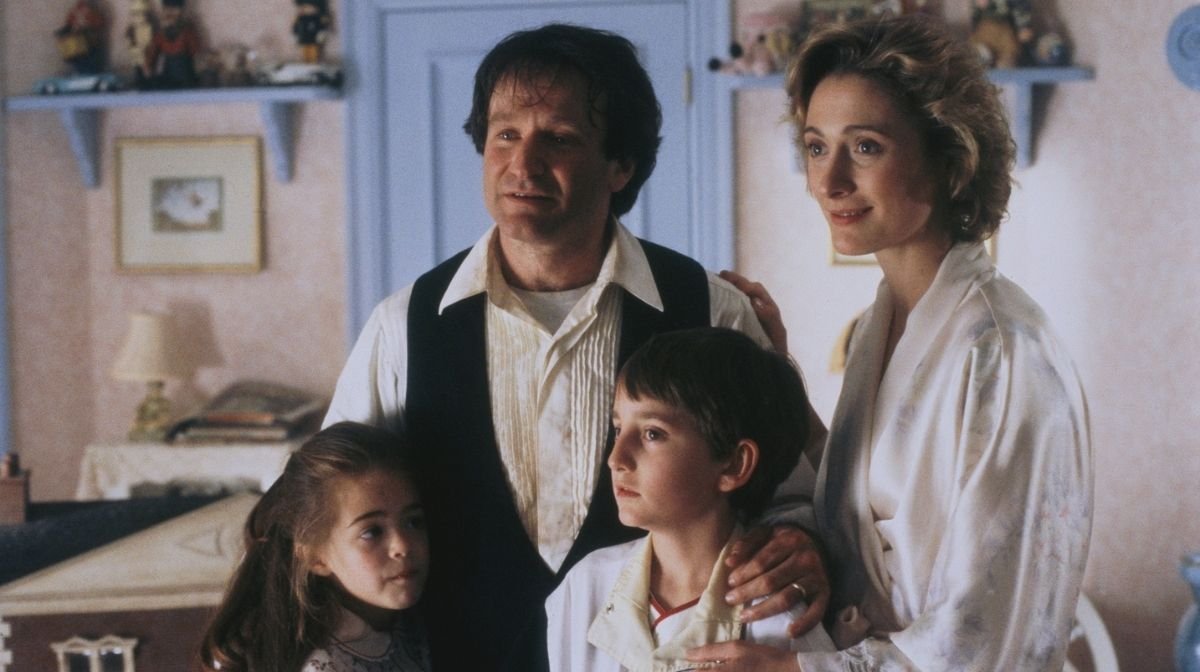 So while we may have not returned to Neverland with Robin Williams, the film’s enduring influence can be found by just how many times we have revisited the Peter Pan mythology in the years since.

In addition to straightforward live action remakes, and a Best Picture nominated biopic of J.M. Barrie (2003’s Finding Neverland), we’ve also had some filmmakers follow in Spielberg’s footsteps to try and recreate the franchise in their own image.

In 2015, director Joe Wright took a bold swing for the fences with Pan, a WWII set origin story that had no Captain Hook, but did have Hugh Jackman doing a cover version of Smells Like Teen Spirit, for some reason.

On a much smaller scale, Benh Zeitlin followed up his Beasts Of The Southern Wild success with Wendy, a Terrence Malick inspired take on the fairytale. 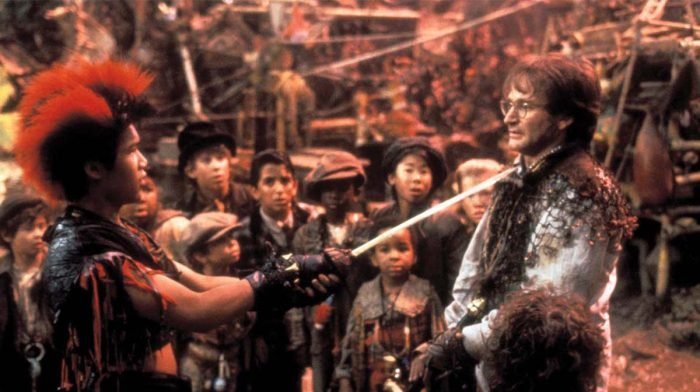 Next year, director David Lowery is following up his take on Arthurian legend The Green Knight with Peter Pan And Wendy, Disney’s live action remake that seems to be taking the story back to Barrie’s original novel. Knowing Lowery’s filmography though, it may not be as straightforward as that.

Peter Pan may not be the boy who never grows up in Spielberg’s film, but Hook is the film that never gets old.

Far from being the disaster the director fears, it’s helped keep the legend of Neverland alive for more generations to come, and remains a key source of inspiration for any filmmaker jumping into this world.

Shop for Hook on 4K here.