Back to the Future Tech: Are we living in the future?

In the time-travelling trilogy we’ve seen a wonderful array of gadgets and gizmos that were predicted to arrive in the year 2015. While most of these are still yet to make it into the mainstream, we take a look at some of the iconic Back to the Future tech from the films to see if anything has actually come true from the films predictions or will eventually become a possibility!

Back to the Future Tech: The Flux Capacitor

The essential ingredient for any time travelling trip is of course the Flux Capacitor. Initially developed by Doc Brown and installed in the iconic DeLorean DMC-12, this little device became the key component for travelling through time once the necessary speed of 88 miles per hour was achieved. Out of all the things on this list we’re probably currently furthest away from seeing a Flux Capacitor in the modern age. We’ll just have to dream about installing these in a 2009 Corsa for now.

With nuclear power being a bit of a dangerous substance to power time travel with (both in volatility and in criminal activity), Doc came up with the Mr Fusion to turn everyday trash into time-travel fuel. At the time this seemed revolutionary and unthinkable, but current technological advancements could see things in the works that are very similar to this. Developments in technology have meant it is becoming possible to turn more waste products into fuel sources, potentially powering vehicles, homes and every day electronic appliances. We aren’t quite there yet but just you wait … soon my 2009 Corsa will be running on cigarette butts, empty Pringles cans, and orange peels to hit that sweet 88 miles per hour!

We can all admit the feelings of jealousy when Marty McFly arrived in the year 2015 to put on a pair of Nike self-tying shoes. When I arrived in 2015 all I had was the impending fear of GCSEs and a dodgy haircut, coupled with the same pair of Converse from the past two years which I had to loop-de-loop and pull (#retro). Unlike the previous tech mentioned so far, this is probably the closest to actually existing tech we have. In 2016, Nike released their very own self-lacing trainers called the HyperAdapt 1.0. Powered by an in-built battery, these trainers auto laced when the user wore them. At a retail value of $720 (£535) we don’t think we’ll be able to afford these just yet but the tech is definitely there and a reality.

Picture the scene. You’re watching Jaws 19 and the action on screen jumps right out in front of you. Pretty cool right? Well to us now this sort of tech almost seems outdated. We’ve had 3D films for a while now and we can even have these 3D experiences in the comfort of our own home. Looks like the creative guys behind Back to the Future had finally tapped into something that is now a fully-fledged part of our lives, with 3D content being a mainstay in cinemas, TVs and gaming.

Hate having to come home from work and start prepping your meals? Takes up far too much for your evening, right? Well imagine if you could just rehydrate all your favourite meals in a matter of minutes! As seen in the second Back to the Future film, rehydrated food is the quickest way to prepare a family meal. So we aren’t quite there yet but we still have some things that come pretty close such as microwaves, instant meals (looking at you Pot Noodle) and certain ovens capable of speed cooking our favourite foods. Granted, we haven’t quite figured out how to dehydrate then rehydrate food but it’s only a matter of time before we have some similar technology.

We’ve talked about hover boards a lot both in this magazine and in real life and the consensus is always the same: we want one. Unfortunately, these still aren’t being mass produced however magnet technology has been tested out to essentially produce a basic hover board. These sadly will only work on magnetically repulsive surfaces, preventing the full hover board chase we dream of. In hindsight, I do also sort of think these will just be canned after a few weeks similar to the way I gave up skateboarding after 3 weeks to focus on my true love: 2009 Corsas. 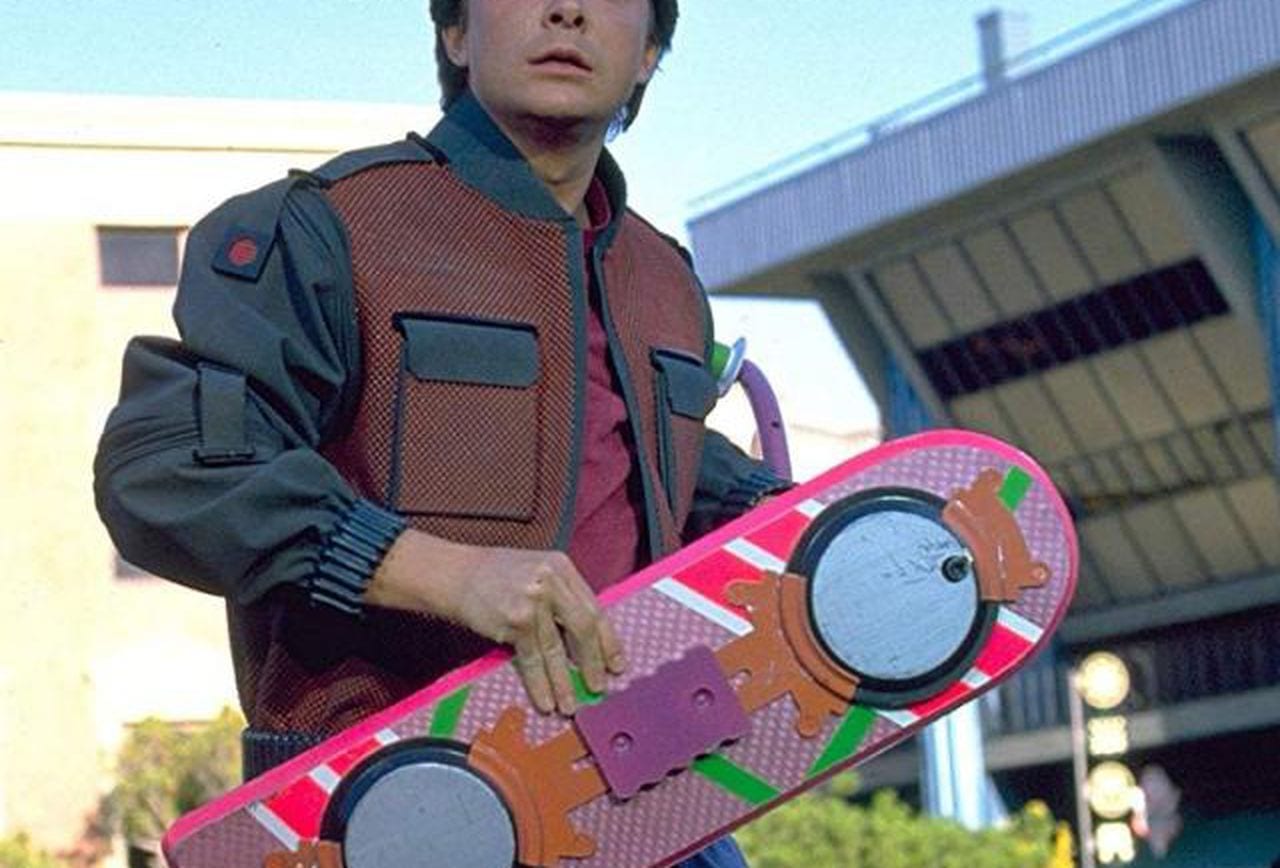 Enjoyed this article? Check out our huge collection of Back to the Future T-Shirts, Collectable Coins, and boxset collections!

Back to the Future Features Sci-fi Tech Zavvi