When Enola Holmes hit Netflix in 2020, it immediately took off, something no one really expected.

Although it was based on a popular young adult book series and starred Stranger Things’ Millie Bobby Brown as the teenage detective, none of the cast or crew expected the story of Sherlock Holmes’ kid sister to become one of Netflix’s most watched original movies.

Audiences adored it, taking to social media to share their love for the film, with some fan-favourite characters emerging including Susan Wokoma’s kick-ass martial arts teacher Edith. 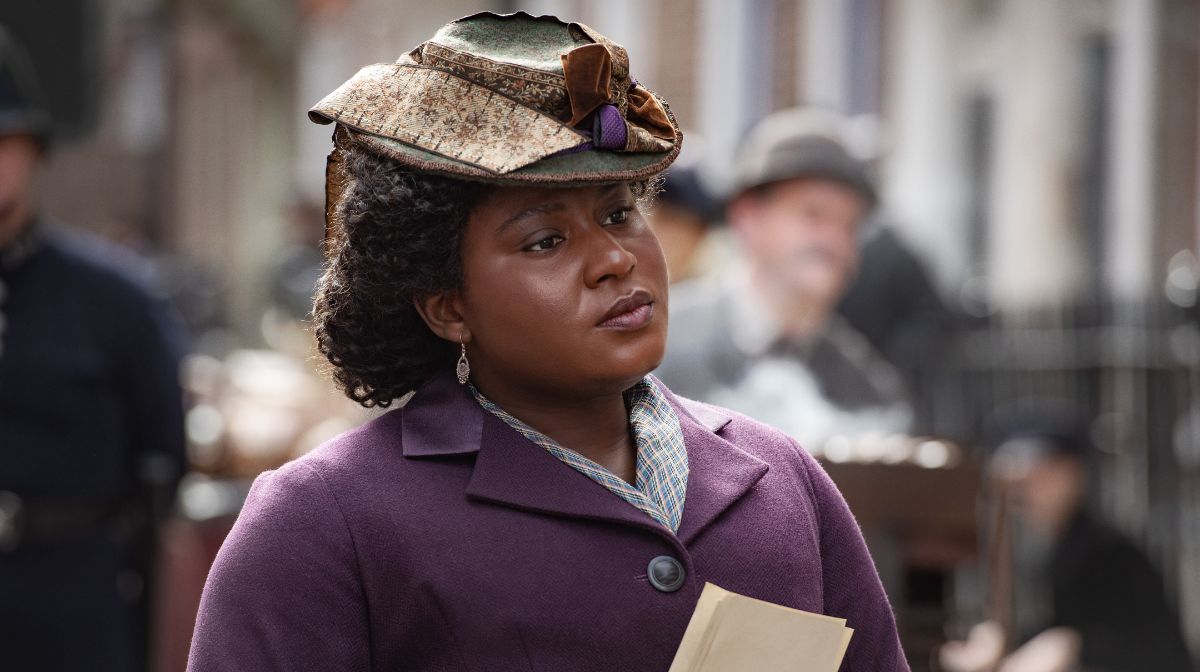 In fact, one of the scenes that went viral online featured Edith giving Sherlock a piece of her mind when discussing politics, something the sleuth says he’s uninterested in because “it’s fatally boring”.

Delivering a killer response, Edith replies with, “it’s because you have no interest in changing a world that suits you so well”, reminding both Sherlock and audiences that we should remain engaged with the political world surrounding us to enact real change.

Wokoma didn’t expect this scene or her character to strike such a chord with audiences, but she understands why it did. The actor revealed to Zavvi: 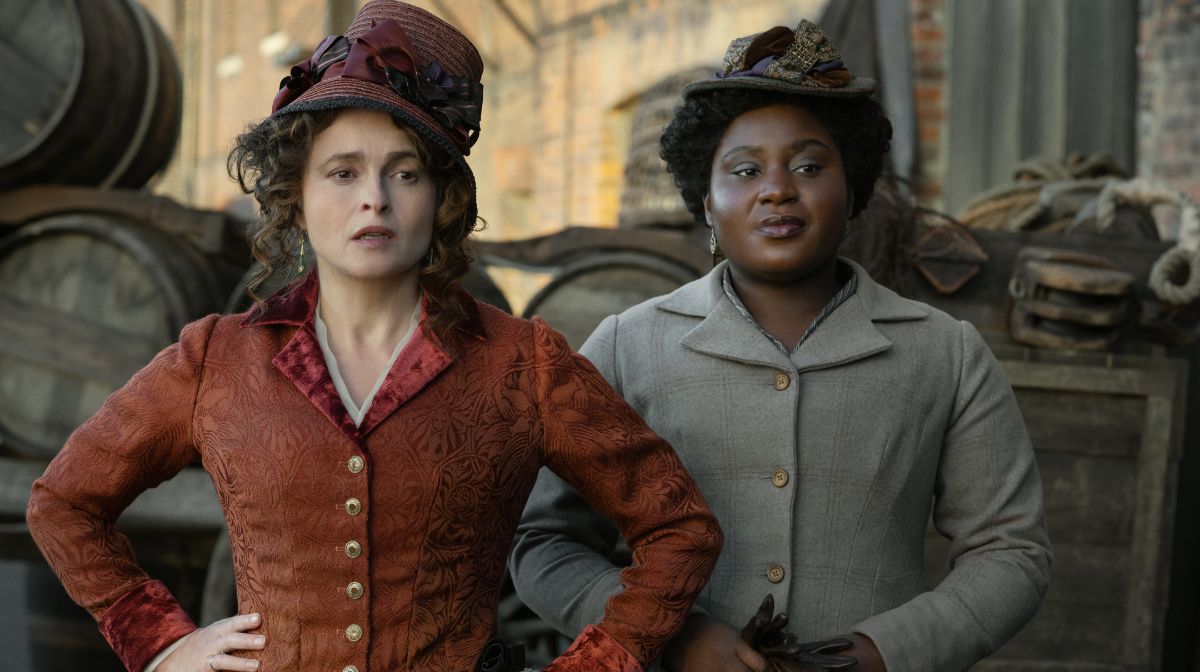 “She talks a lot of sense but it’s interesting as when we shot that scene, nobody thought ‘this will be the one people talk about’.

“But in 2020 there was a lot of context to it – with the pandemic people didn’t have as much work or school to distract them so they were asking questions.

“The scene chimed with everyone because of where the world was at that time, although it’s still there currently. It’s cool as it made me look at the scene differently.”

That discussion of politics and social reform continues in the sequel. Once again these themes are placed front and centre, something which Wokoma is grateful for, explaining that in movies aimed at younger audiences they are often only there as afterthoughts:

“We can learn from history. This was made last year but is still relevant now if you look at what is going on in the UK with all the strike action. With it sadly feeling like not much has changed, there’s much to learn from history.

“We wanted this to be an unashamedly feminist film, for it to be about workers’ rights, introducing these ideas to younger audiences. It’s at the core of the whole mystery and story – it’s not sweetened up or disguised so no one notices it.” 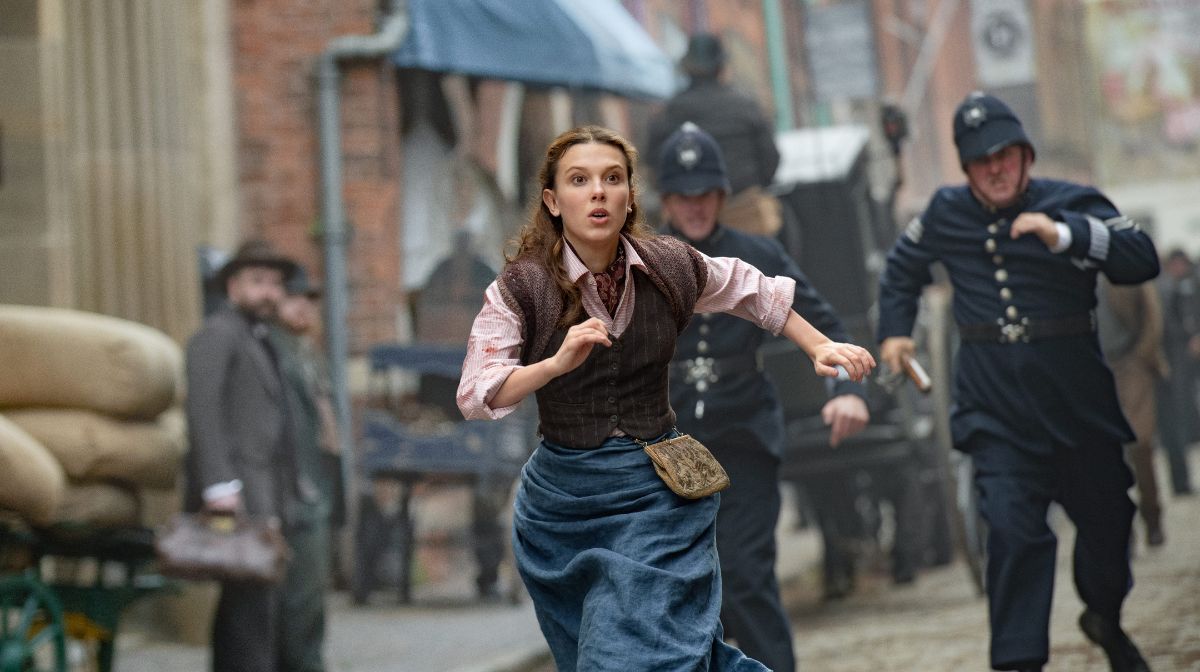 The case Enola takes on here is based on a true story, that of Sarah Chapman’s, one of the leaders of the 1888 Bryant And May Matchgirls’ Strike, a key event in both trade union history and the fight for gender equality.

Wokoma loves that the film series draws from history, reminding us that her own character Edith is based on a real woman: “She’s based on Edith Garrud who really did teach the suffragettes jiu-jitsu or as they called it, ‘suffra-jitsu’.

“I love anything like that, even though this is a fictional take, anything drawn from real life appeals to me. I can geek out, do lots of homework, hide out in the reference section of the library – that’s what I love doing as an actor.” 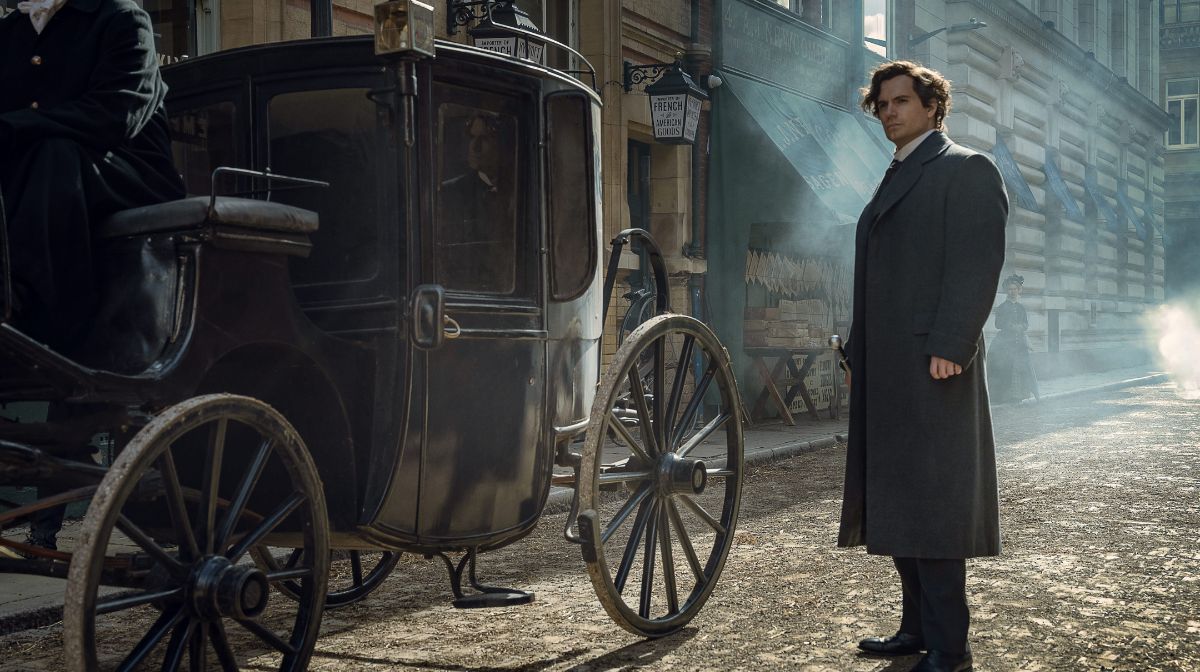 Just like with the first film, we once again see Wokoma’s jiu-jitsu skills in action here. In fact, there’s a lot more fighting, with Edith getting involved in some scrappier battles.

Wokoma admits this was incredibly fun, that is until she accidentally punched a co-star square in the face: “It was straight-up punches, kicks, spins, and head-butts – it was nasty!

“We really got into it and I actually did punch someone in the face – poor Tony, the biggest guy, I absolutely cracked him. We had to stop as oh my god, it hurts so much to punch someone – I think it hurt me more than it hurt him!

“I screamed, we stopped, Tony was like ‘it’s fine’ but then five seconds later he started bleeding. I was crying, Millie was laughing, it was a whole mess.”

Hopefully Tony has forgiven her now!

For our full interview with Wokoma, keep your eyes peeled for the latest edition of our free digital magazine The Lowdown, releasing Monday 7th November.

Sign up here to get it sent straight to your inbox.

Enola Holmes 2 is available to stream on Netflix from 4th November.