Over the past years the alternative movie poster scene has been growing and growing, and a key part to that in the UK is Vice Press.

Co-founded by artist Matt Ferguson and James Henshaw, Vice Press works with a wide range of brilliant artists from across the world to create officially licensed new and distinctive artwork for our favourite films, TV shows, games and more, producing posters, pin badges and other collectables for us to enjoy.

And here at Zavvi we can’t get enough of their incredible work, so we caught up with Matt and James over on Zoom to chat about all things Vice Press, the growing alternative movie poster scene, and what’s next in the pipeline (here’s a clue, it’s very exciting). 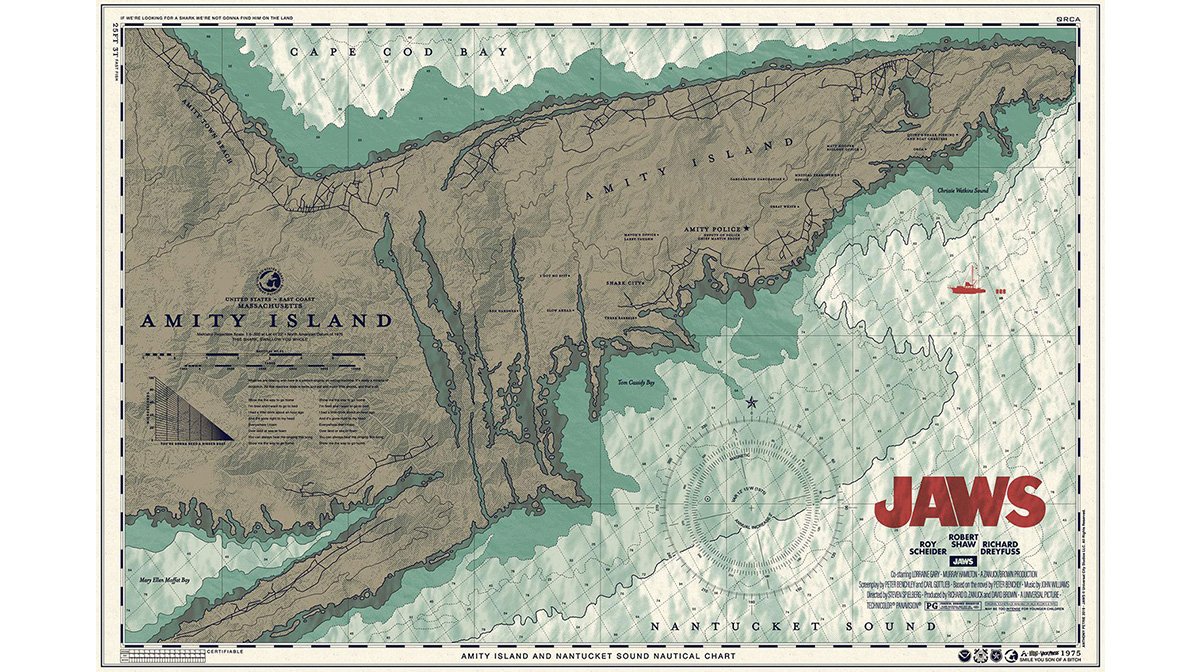 Zavvi: When you set up Vice Press, what was the idea behind it?

James: So me and Matt have been friends for a while, and I mentioned the idea that I plan in the long term to set up a company where we sell licensed posters, and that was something Matt wanted to get into more. There were certain licenses no one seemed to have or were able to get, such as 2000 AD.

So we started Vice Press with a view to work on licenses we both wanted posters and art for, but other companies didn’t have them so we just did it ourselves. 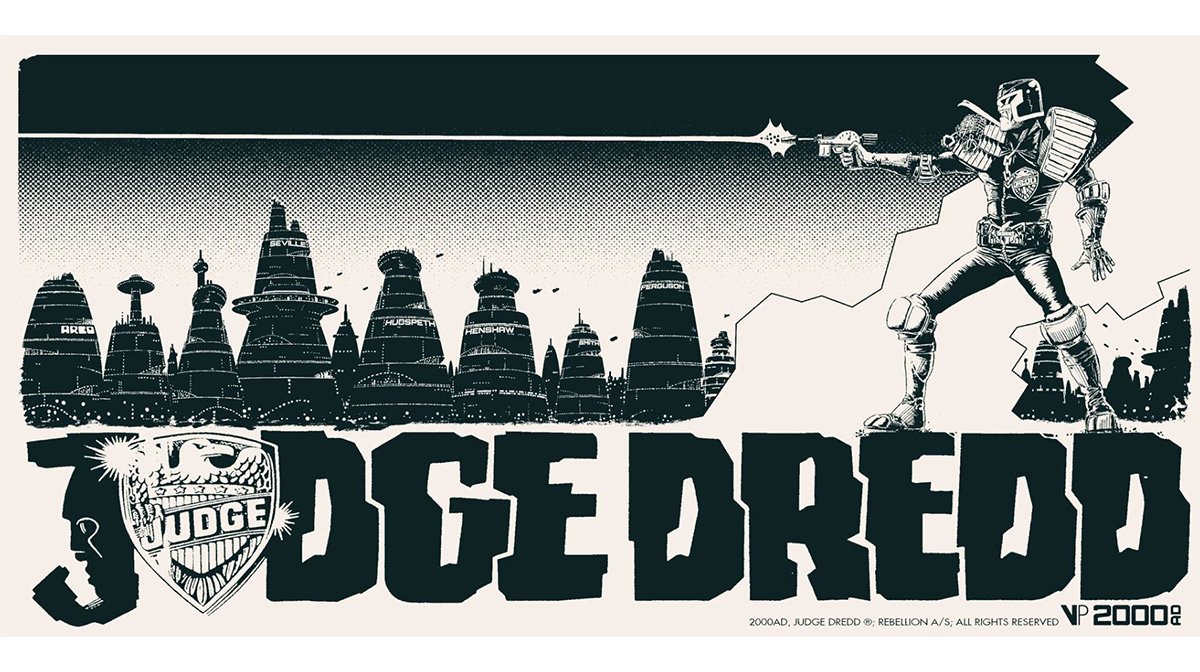 So we got the 2000 AD license, and put out a range of posters, and they did incredibly well. And it kind of snowballed from there.

At the heart of what we do though is we do licenses that both Matt and I enjoy, and we focus it heavily around that. We are also quite unique in the UK.

It has been really grassroots. We started it whilst we both had full-time jobs, and it has been growing steadily from there over the past five years.

Matt: And I like being my own boss, not having anyone tell me what to do haha! 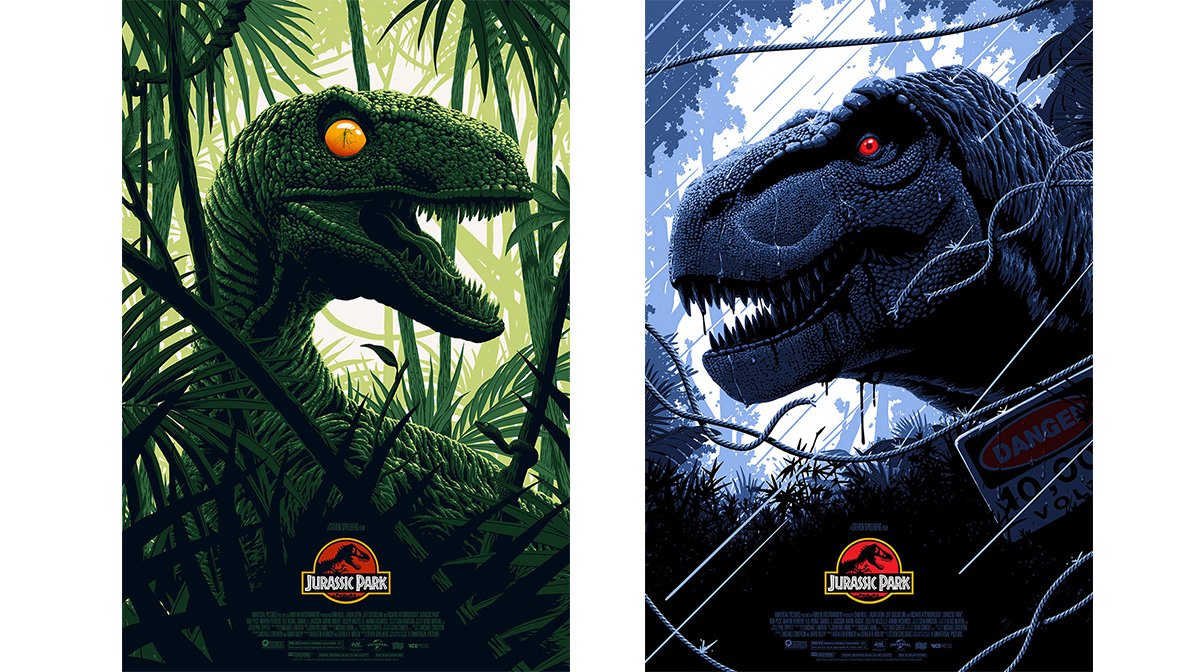 Zavvi: That’s a great answer! Why do you think the alternative movie poster scene has been growing so rapidly the past years?

But when it comes to what people want to put on their walls in their house, for films they love, they want a more creative version. It stems from the 80’s as posters then were more artistic like Saul Bass, and people love that, so they want that kind of version for current films. And it has grown and grown, and now studios have jumped on board too. 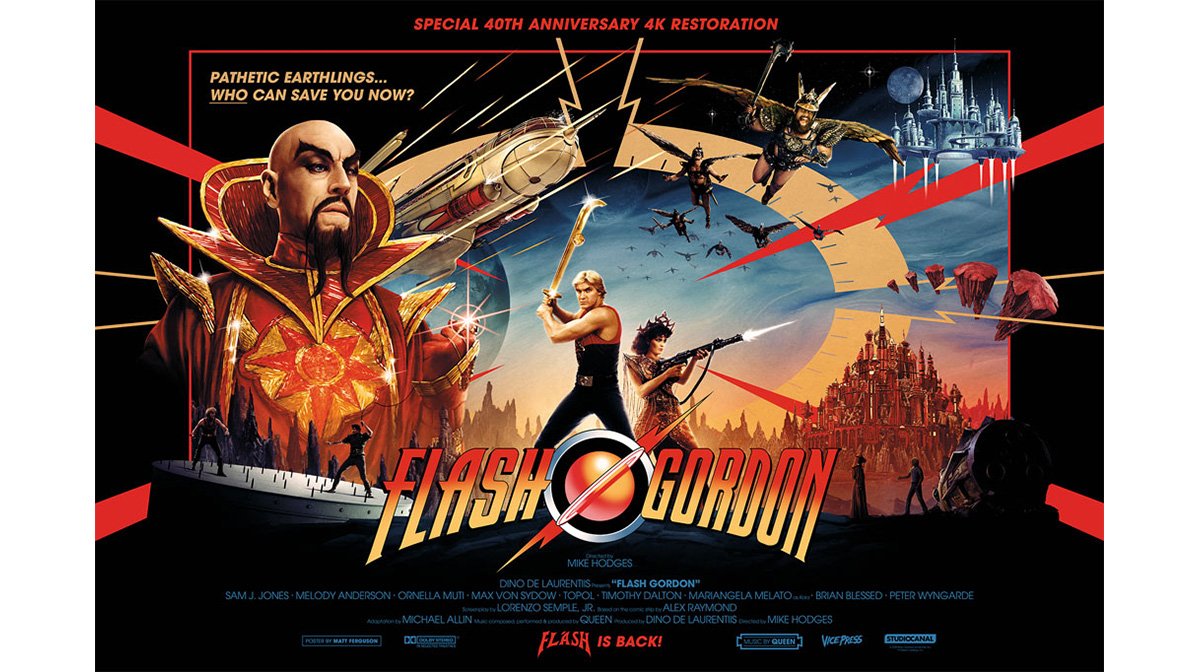 James: Also there is a huge amount of nostalgia out there, for example there is the adult toy collector scene which has also been growing. And posters are within that, it is another collectable piece where they can show it off in their home and enjoy it.

Also you don’t have to be a hardcore poster or film fan now to enjoy an artwork.

Matt: Yeah, and nerd culture like Marvel is seen to be much more acceptable. So people can now say ‘oh I do like Marvel, and I can be proud of liking it’ which is different to when I was a kid.

James: They also look classy in their own right in homes. It blends in as it isn’t your typical photo poster. 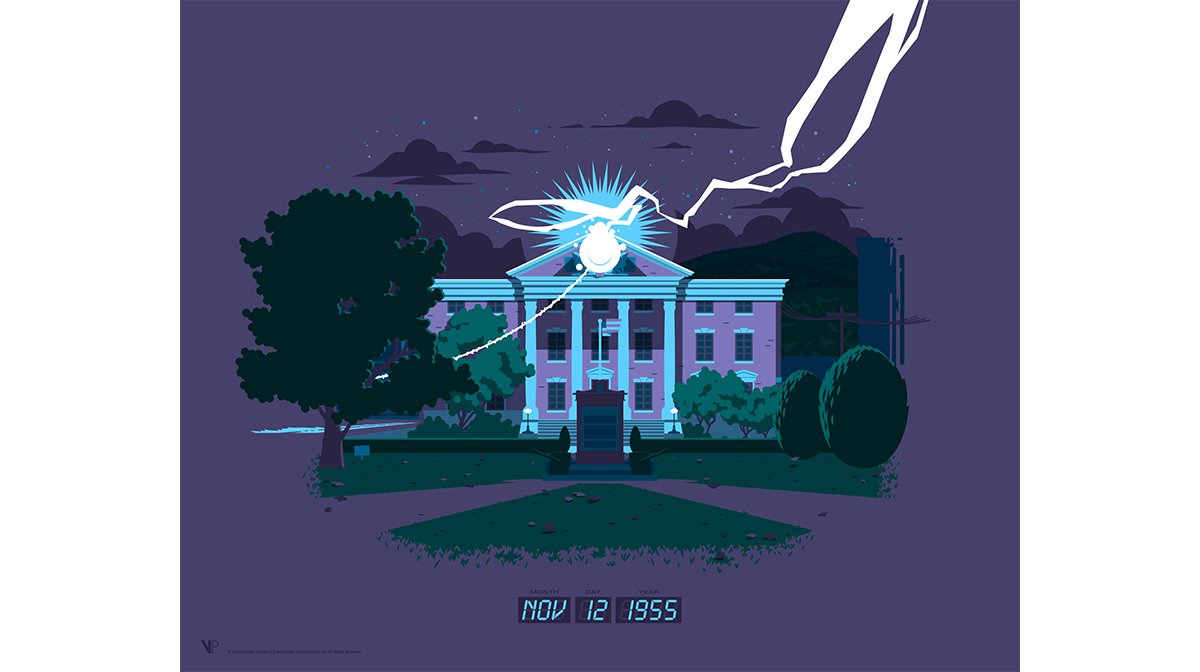 Zavvi: And studios are now showing more and more support for it, from Fan Art Fridays to alternative IMAX posters.

Matt: It’s a different narrative. So marketing is about selling the film but on social media you can have a story, and if an artist has done a poster for a movie, the studio can share it and engage with people on a more personal level.

It’s all tied into social media hence it all started around 2010. 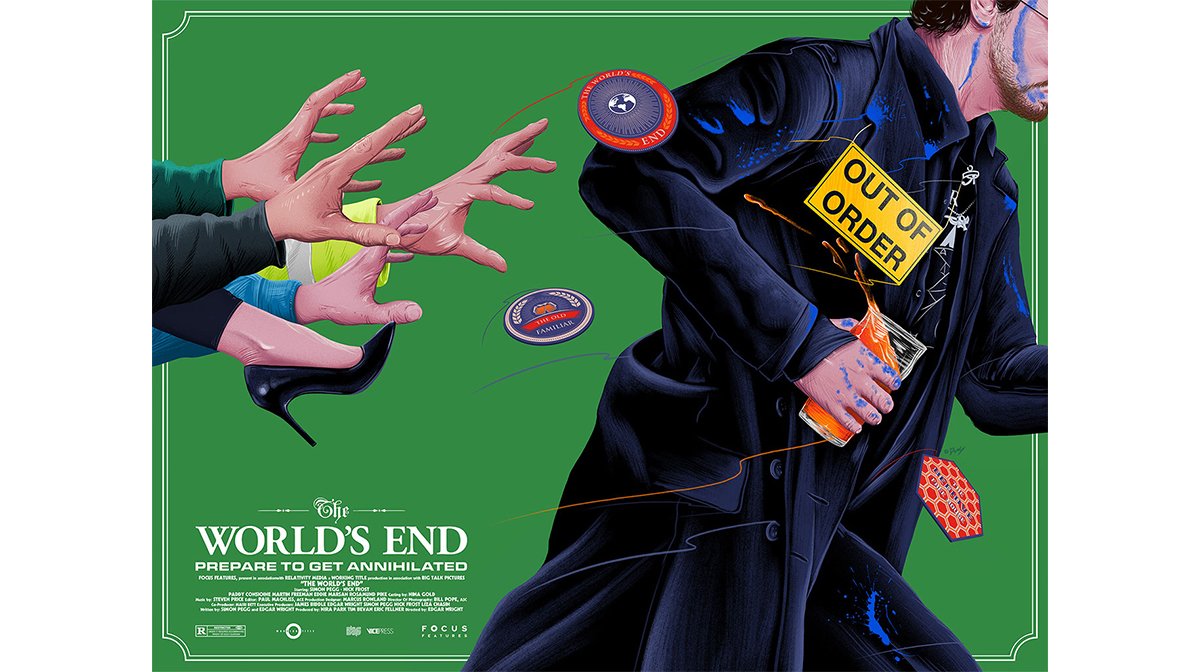 Zavvi: So you said earlier Vice Press recently celebrated its fifth birthday. What have been your highlights so far?

Matt: It will be Amblinesque exhibition. It was me and artist Florey, and we did the posters. We had my Jurassic Park art on this huge billboard in Times Square, that is my highlight.

James: Mine was when we did the 2000 AD gallery at Thought Bubble in 2017 for the 40th anniversary. We had the idea to get 40 artists to do 40 pieces of work, but in the end we had to scrap that because we had more! 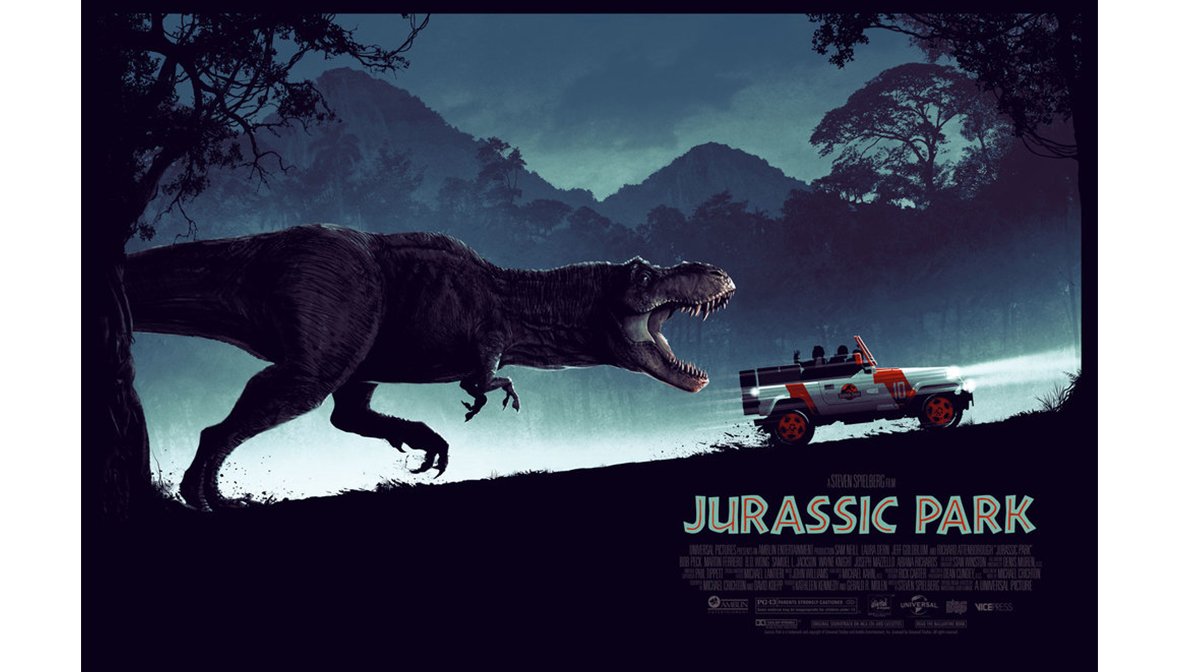 At that point we had not long moved out of working in my garage to our own office. We didn’t have much infrastructure and behind the scenes it was quite frantic, a nerve-wrecking, expensive thing.

It was make or break, I think we had like £14 left in our business account, but when the show opened the gallery was rammed.

It was phenomenal. That also started to push out people’s awareness of us. We had never done anything like it before. It was a huge accomplishment and I’m super proud of it. 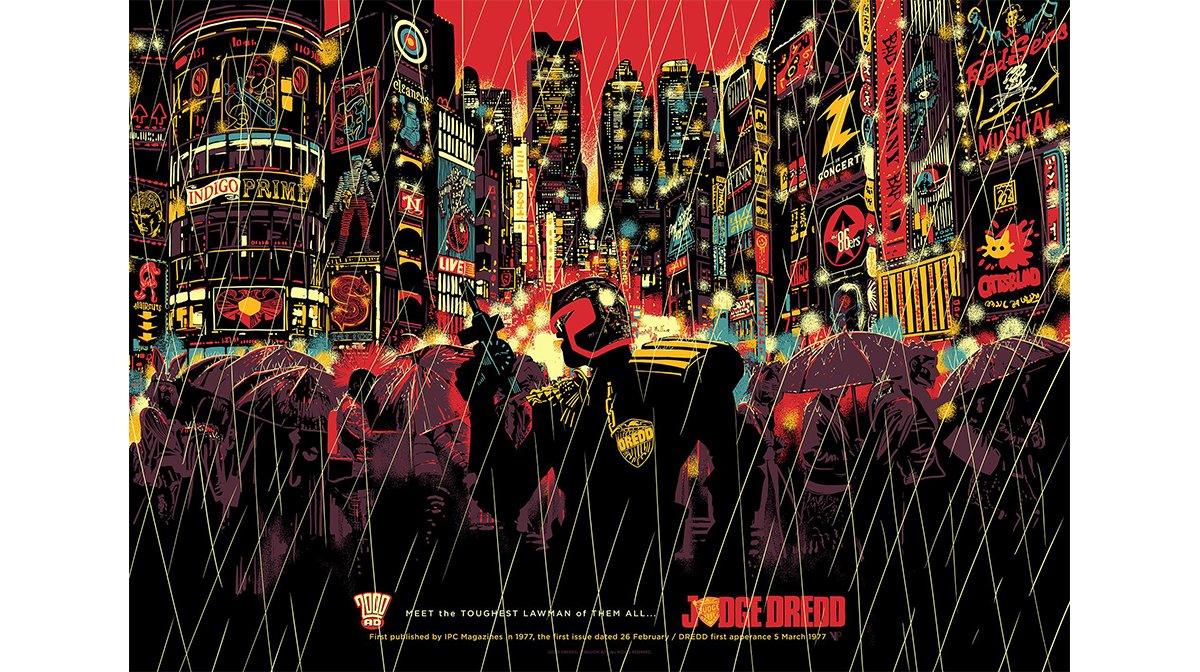 Zavvi: And so what is next in the pipeline for Vice Press?

Matt: Well we have editions now, which aren’t a limited run.

James: Yeah, a lot of the feedback we get is that sometimes we have popular prints that sell out in minutes, but folks come to it later because they don’t have the knowledge of the collectable scene.

So we thought let’s have something slightly smaller, with a more accessible price point, an open edition that casual fans can come across and find. And it kinda acts like a gateway, as it makes people more aware of our brand.

We were a little worried about what the response would be, but its been resoundingly positive. 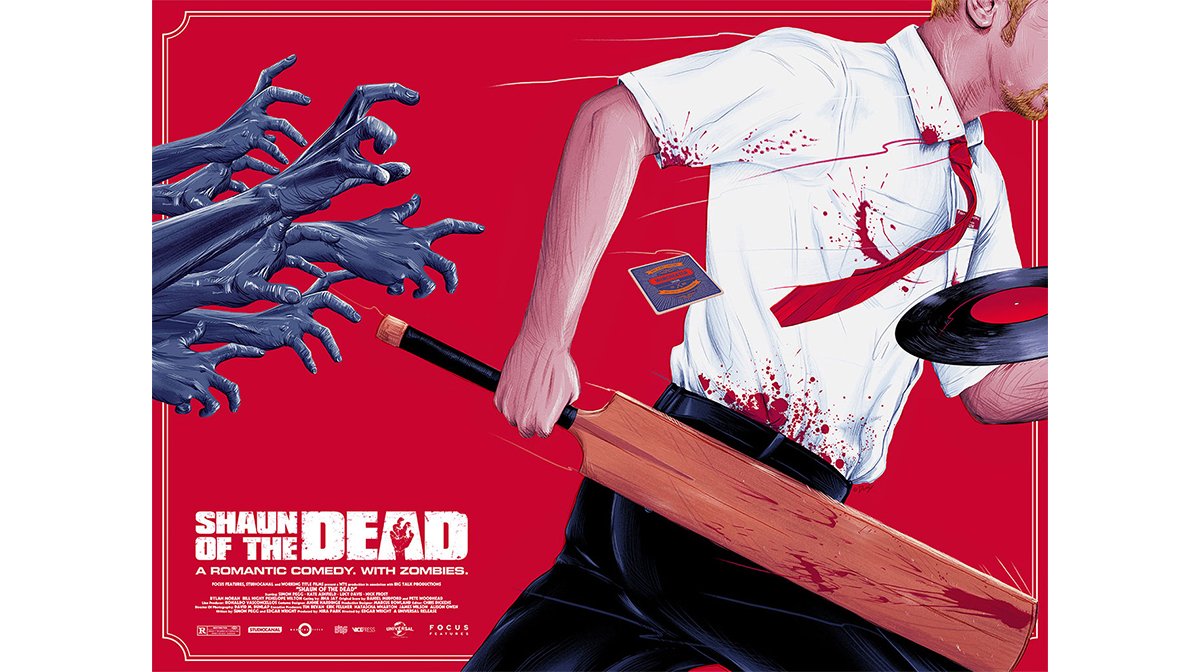 We are also looking at other collectables which are design led, such as pin badges and coins. We like the idea of making them more in-world, related to the universes that they are in.

Matt: Yeah, we add a clever twist. For example with They Live, one side would be what you would see without the glasses, and the other the alien world you see with the glasses on.

James: And eventually t-shirts would be good too. We aren’t at the stage to do it yet, but the idea is that they are design led, rather than just logos. 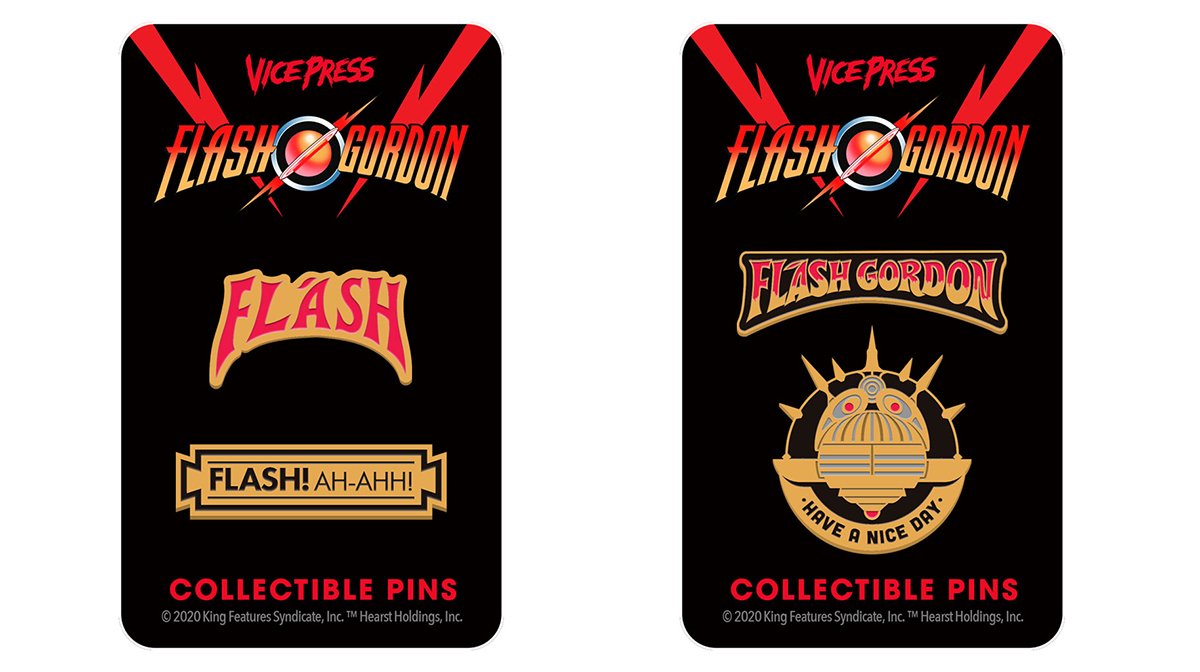 Zavvi: Is there a license you haven’t worked on yet you would like to do?

James: Matt? As you know I’m going to say Ghostbusters!

Matt: Haha I know! For me, I’ve ticked it all off, so my dream job now is I want to do the official main poster for a newly released movie, that is used on billboards etc.

James: And yeah, I would love to do Ghostbusters! And James Bond.

To find out more about Vice Press, check out their website!