“I’m your number one fan.” What artist – of any description – wouldn’t want to hear that?

But such adulation – and the success it can bring – is a two edged sword, and in the late ’80s, writer Stephen King turned the biggest of compliments on its head.

Those five little words took on another meaning, laden with menace and pure fear. The book came first in 1987 and the film followed swiftly just three years later. It was Misery. 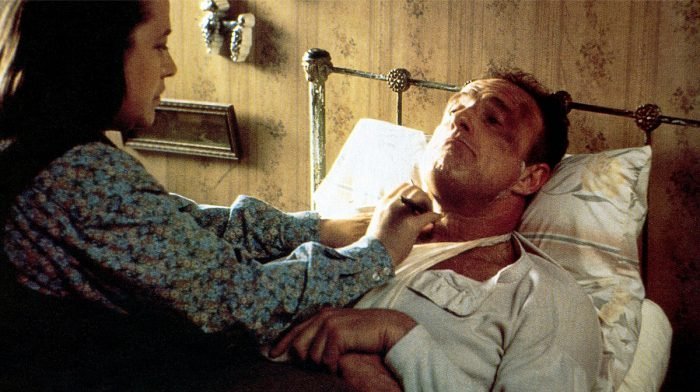 They’re the first words uttered by Annie Wilkes (Kathy Bates) when author Paul Sheldon (James Caan) awakes from a coma after a serious car accident. She’s rescued him in the snow and, a trained nurse, has treated his injuries and is going to look after him until he’s recovered.

But in director Rob Reiner’s adaptation of the novel, that phrase turns out to be more blood chilling than any murderous animal or supernatural shapeshifter to emerge from King’s almost limitless imagination.

Their nurse/patient relationship starts pleasantly enough, even if Paul has a niggling discomfort in the back of his mind. She showers him with compliments, tends to his every need so, as far as their dynamics are concerned, he seems to have the upper hand. Yet that’s not how it plays out. 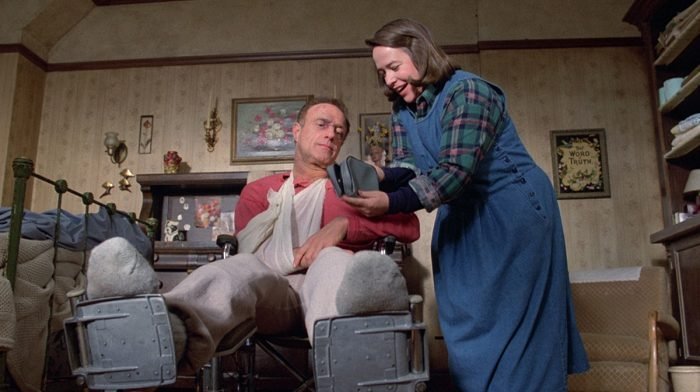 That it’s a horror – and a superior one at that – is never in doubt.

But what impresses is the variety of techniques and tropes it uses to build up the tension, and scare the proverbial out of us.

Even more remarkable is that, after 30 years of turning our knuckles white, it not only holds onto its power to jangle our nerves, but is even more relevant now than when it was first made. 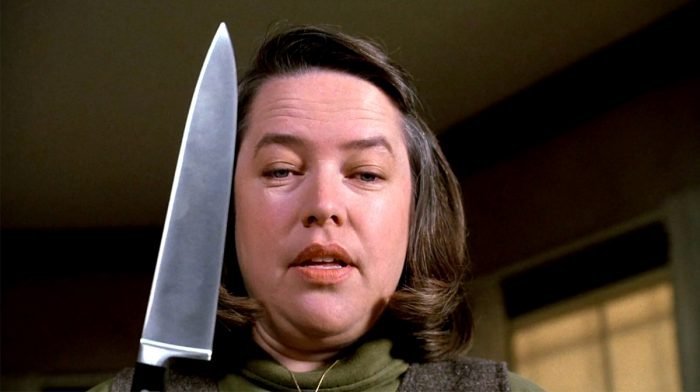 It’s literally torture to watch because that’s what Annie inflicts on her patient – or should that be victim? – and on us, in equal measure.

The film’s most notorious scene is easily the most horrific, as Annie exerts her control over both Paul and his writing by hobbling him with a hammer.

After a fleeting glimpse of the result of the first blow, the camera concentrates on Paul’s agonised face, leaving us to fill in the blanks. The imaginary, as we all know, is often far worse than the reality. 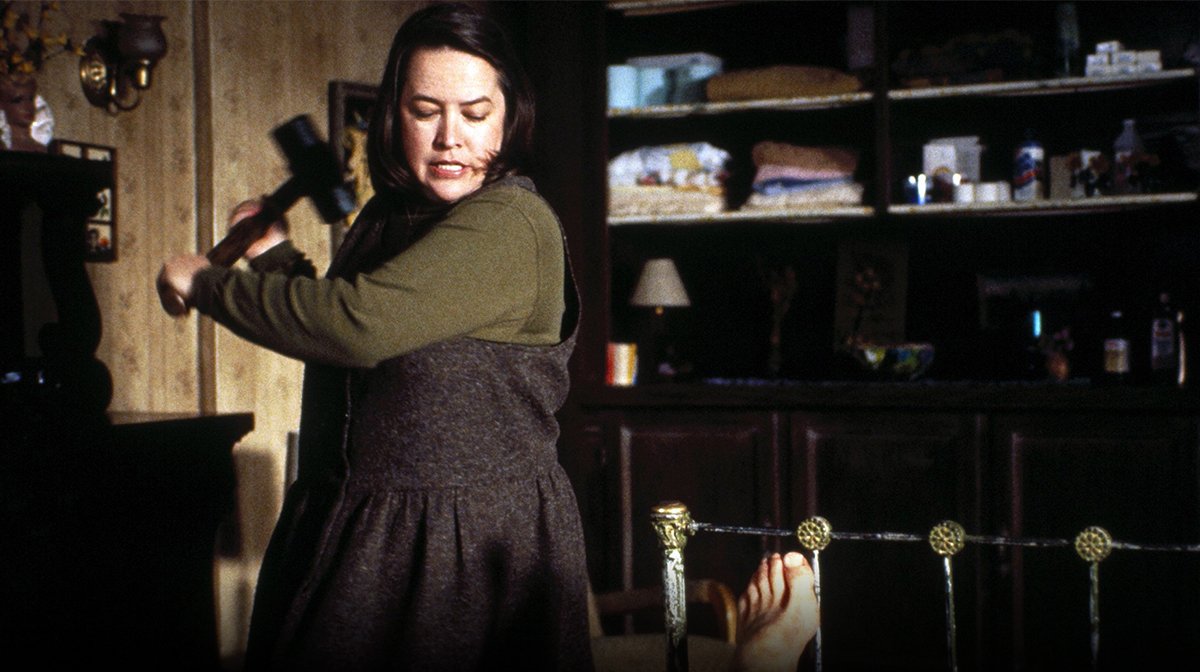 For the 2020 audience, steeped in social media, preoccupied with celebrities and ‘stanning’, it’s more than a moment of extreme violence.

Fans have high expectations of their idols, sometimes overlooking the fact that they’re human, with imperfections and frailties like anybody else.

In Misery, this is taken to the extreme, with the unpredictable fan exerting total control over her hero – his food, his living space, his recovery and his writing – but, in its own way, it’s not a million miles away from those constant demands for selfies and the barrage of comments on Twitter and Instagram. 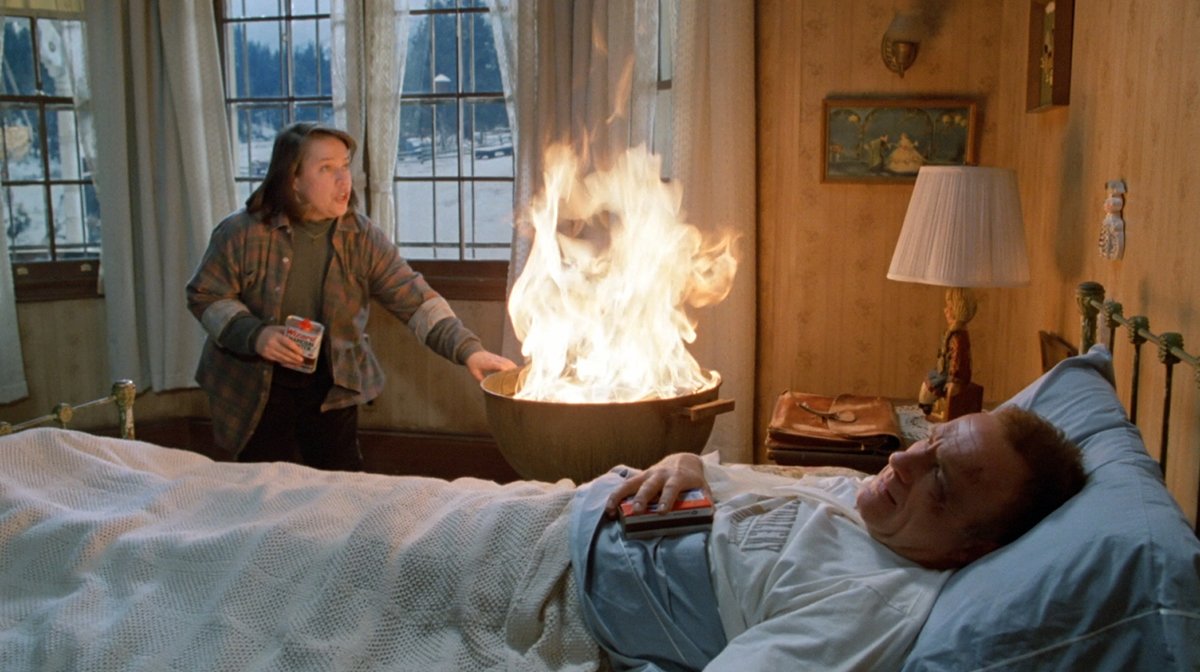 That smothering control, in all its forms, is crucial to ramping up the tension at key points in the movie. What starts out looking like a compassionate rescue soon turns sinister.

Paul is isolated in Annie’s house: she’s the only person he sees and talks to, they’re snowed in, the phones are down and that’s enough to make anybody feel uneasy.

Unbeknown to him, they’re not that far from town, but Annie takes her time over her shopping trips, giving the impression that her house is more remote.

His injuries, hobbling aside, means he can’t walk and, as he’s locked inside both room and house, his chances of finding a way of escape are limited to the few occasions when Annie goes out. That lack of mobility means that even the smallest of actions takes a painfully long time, so moving quickly is out of the question – and cold sweat inducing. 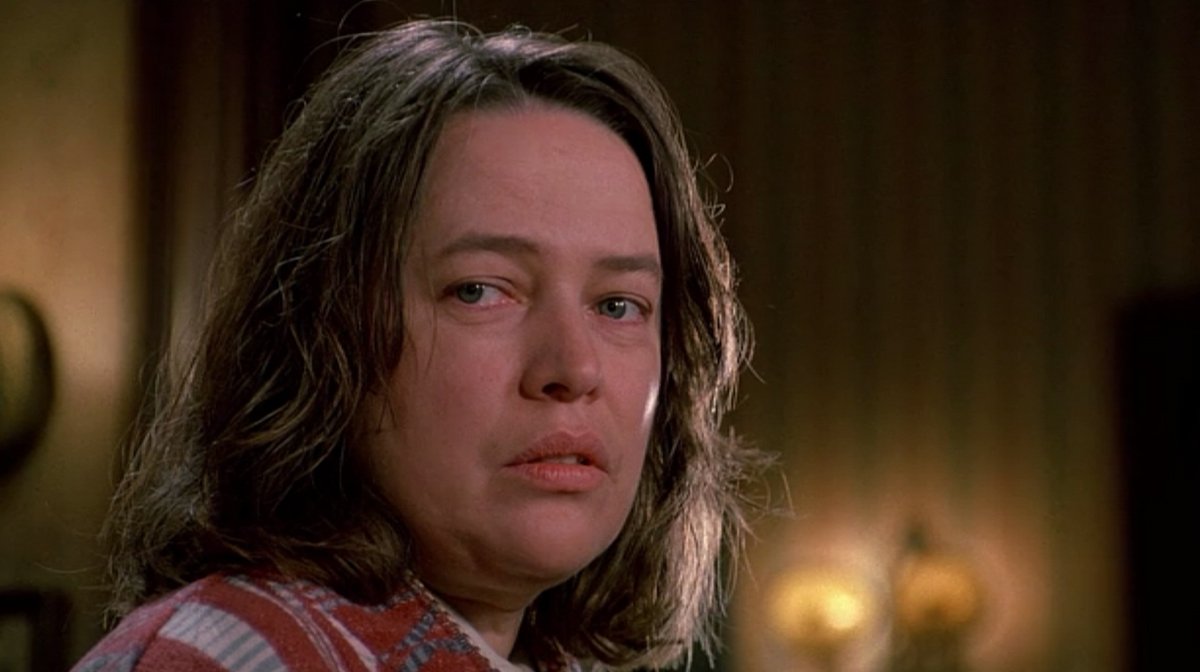 For much of the film, Paul is reliant on Annie for everything, and that includes information about the phone lines, the weather, and the outside world in general.

But, as we and Paul soon learn, there’s more to her than an awkward, folksy charm, an aversion to swearing and modest dress sense. She’s unpredictable, her mood can turn dark and threatening in the blink of an eye, so her every appearance comes with a underlying potential threat.

The Annie that walks into that claustrophobic room can be very different to the one that walks out – and which one she’s going to be is anybody’s guess at any time.

Such extreme uncertainty puts the audience on edge early on and, with the tension already having taken hold, it doesn’t take much to crank it up. 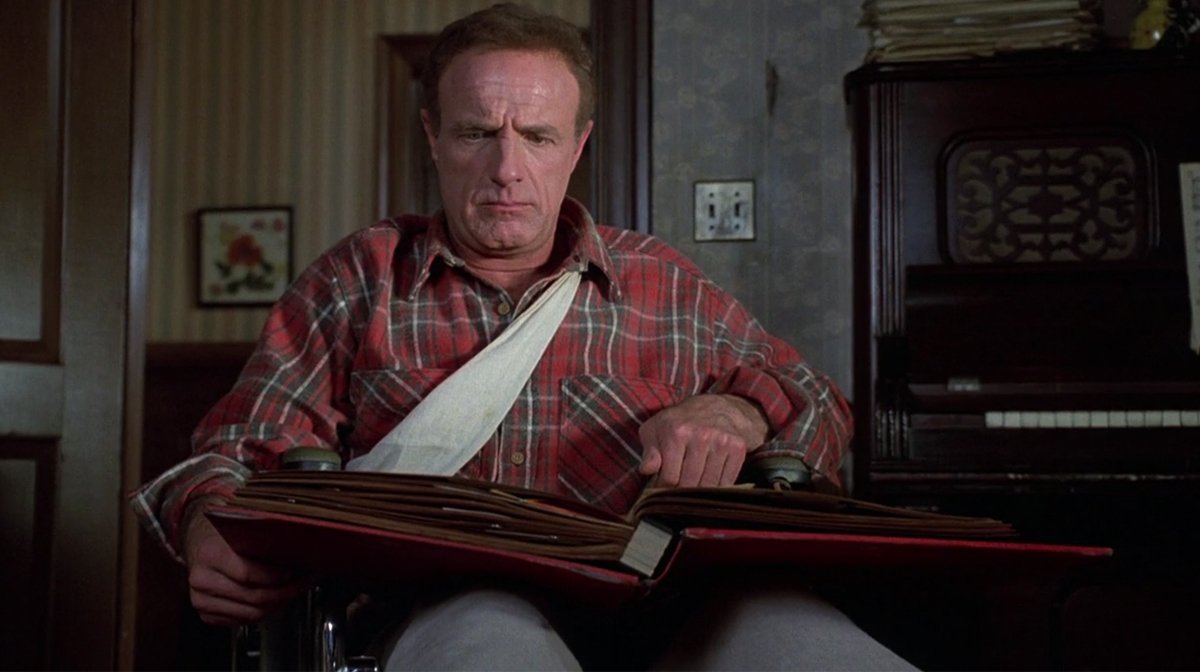 Kathy Bates, a hitherto unknown name, won the Best Actress Oscar for her performance as the frightening, often dead eyed, antagonist who can’t differentiate between fiction and the real world.

It’s a performance that walks a knife edge, total control on one side, unhinged fury on the other, moving from one to another at a second’s notice. The isolation, the claustrophobia, the brutal cruelty, the control and dominance are all essential to the fear permeating the film but, ultimately, they all start with her.

Without her stellar turn, Misery could have ended up being one of the less successful Stephen King adaptations. As it is, it’s not only one of the best – the notoriously hard to please author has been quoted as describing it in an interview with Rolling Stone as a “great film” – it’s easily one of the scariest movies ever made.