If you were to mention Studio Ghibli to any film fan, one name will most likely come to mind – Hayao Miyazaki, one of the most widely acclaimed directors of all time, who made classics like Spirited Away and Princess Mononoke.

Next on the list would likely be Isao Takahata, the co-founder of Ghibli who was arguably on par with Miyazaki, creating beloved anime classics like Grave Of The Fireflies and Only Yesterday. 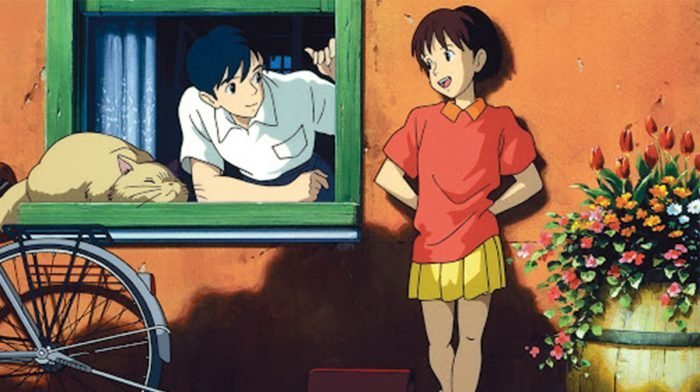 But Ghibli as a studio is far more than these two figures; alongside animators, actors, and other countless staff who are all vital to the success of the company, other directors have been making films under the studio’s name since 1995, starting with the brilliant Whisper Of The Heart.

By bringing in newcomer Yoshifumi Kondo, the studio was able to expand their artistic visions, creating another Ghibli masterpiece that sits proudly next to earlier classics, while still having its own distinct identity. 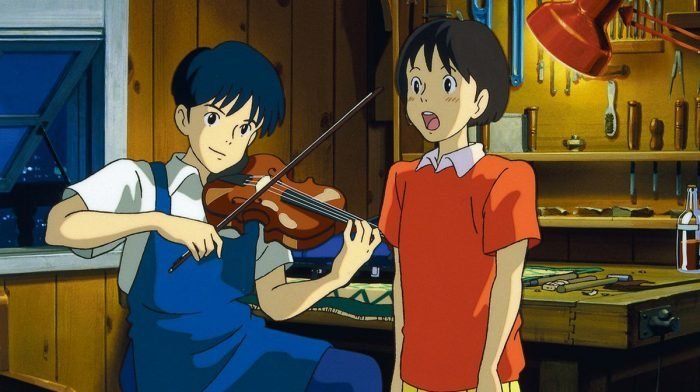 You only have to take a brief look at Ghibli’s filmography to see that many of their films are bildungsromans, centred around children and teenagers making their way in the world – Kiki’s Delivery Service, My Neighbor Totoro, and Ponyo all make this their narrative focus.

And Whisper Of The Heart is no exception, with the main character Shizuku being a middle school student taking her high school entrance exams ‐ a pivotal time in the life of most Japanese teenagers.

As opposed to the other films just mentioned, Shizuku’s life experiences as a young person may be more relatable to the audience: she goes to school, gossips with friends, and reluctantly does chores. 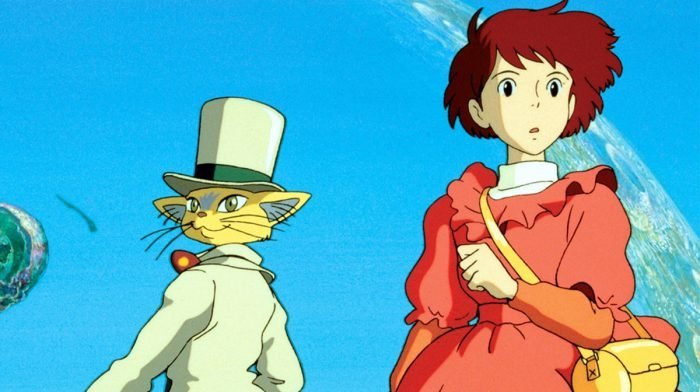 This actually places Whisper Of The Heart closer to a popular anime genre than any other Ghibli film had before: the ‘slice of life’ genre.

While these ‘slice of life’ TV shows and films do tend to have some kind of overarching narrative, the bulk of the content shows the protagonists (usually teenage girls) going about their normal lives, the entertainment coming from the low stakes, upbeat, escapist atmosphere created.

By leaning into these tropes, Kondo interprets the genre in a fresh way, with a level of detail and polish that could only come from a studio like Ghibli. 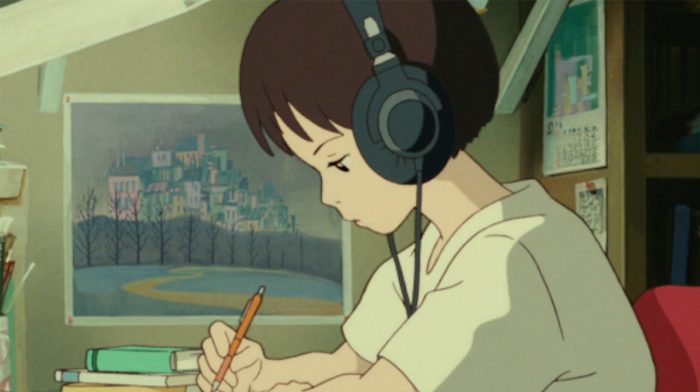 Although an urban setting might be common to the genre, they usually only depict a school, a house or two, and the surrounding streets, with maybe a beach or festival on occasion, all of which could really take place anywhere in Japan.

Contrary to this, the varied and beautiful locations explored in Whisper Of The Heart truly make the film a Tokyo story.

Some cities and towns had been depicted in Ghibli movies before – the stunning ocean town that Kiki builds a new life in for instance – but none as contemporary and bustling as 1990’s Tokyo. 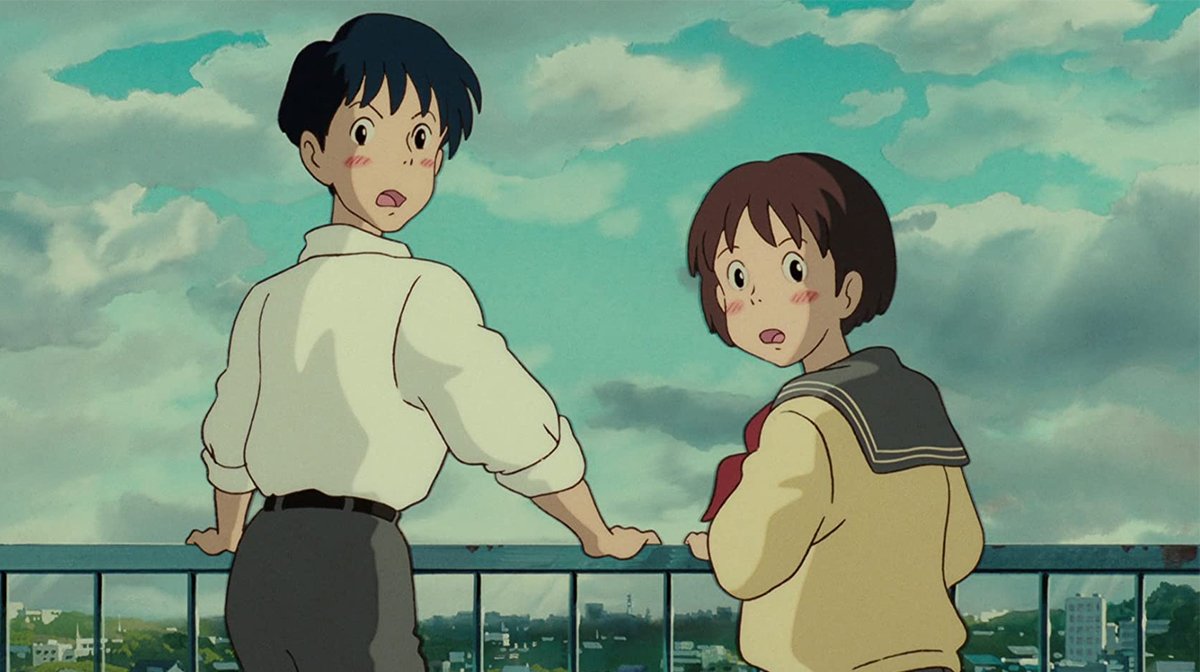 In every frame of Shizuku wandering around the Tama streets, you get a real sense of the people living life around her, even if the lead herself may be rather oblivious.

The Japanese title even translates to ‘If You Listen Closely’, suggesting the vitality that can be found in every corner of the movie, and indeed of the city in real life.

Even an action as seemingly simple as following a cat as it wanders through the suburbs can become a sprawling adventure, leading to a new chapter in your life that could have been completely different. 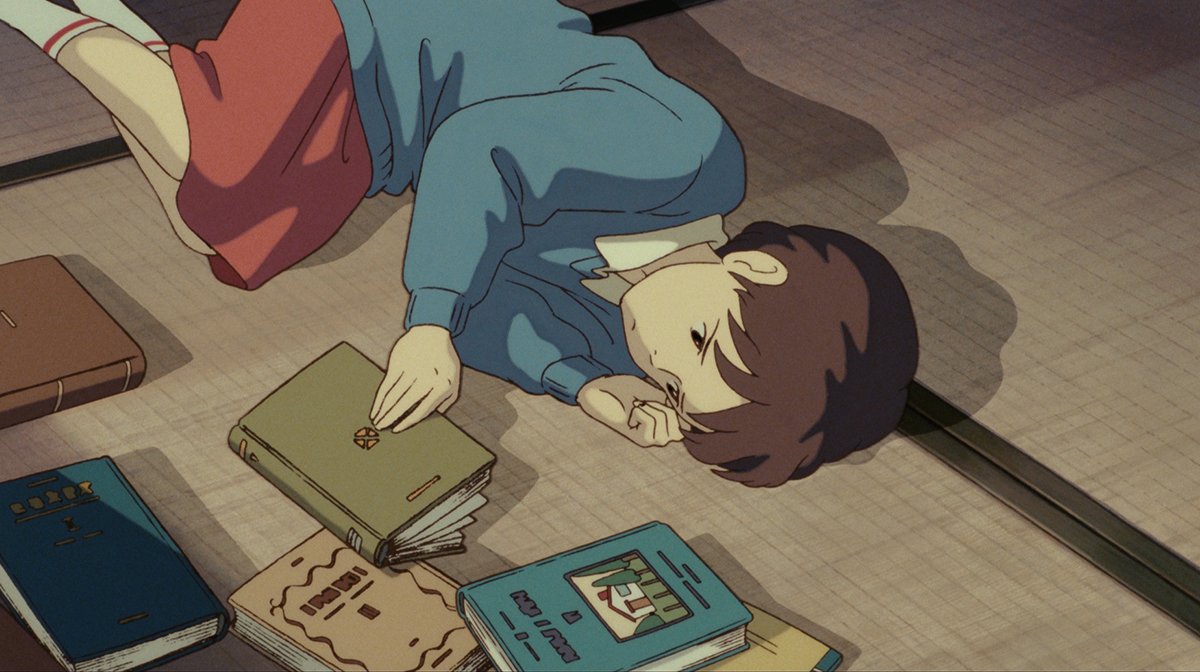 Partially because of this setting and its nod towards the slice of life genre, Whisper Of The Heart is grounded in realism more so than any other film from the studio. But this is largely dependent on the writing, which was assisted by Miyazaki.

Kondo’s directorial style undoubtedly plays a large part in the ambient feeling of his movie. His ‘camera’ lingers on quiet moments, like Shizuku taking the train or writing her novel, allowing ample time for you to take in details like the foley sound and elaborate backgrounds that help make the environments feel as though they exist in a living, breathing world.

The intensity of the emotions in Whisper Of The Heart may lead it in the direction of melodrama, but this doesn’t detract from the sense of realism – it is teenagers we’re dealing with, after all.

There’s love triangles, domestic disputes, and good old fashioned angst, all of which encourages you to relate to Shizuku’s emotional reality.

Hearing that a girl likes a guy isn’t necessarily too exciting, but hearing that your best friend likes one of your friends definitely can be as a 15 year old, and that’s exactly how Kondo makes you feel Shizuku’s successes are your own successes, her heartache is your heartache, and all the minutia of her life is briefly your own. 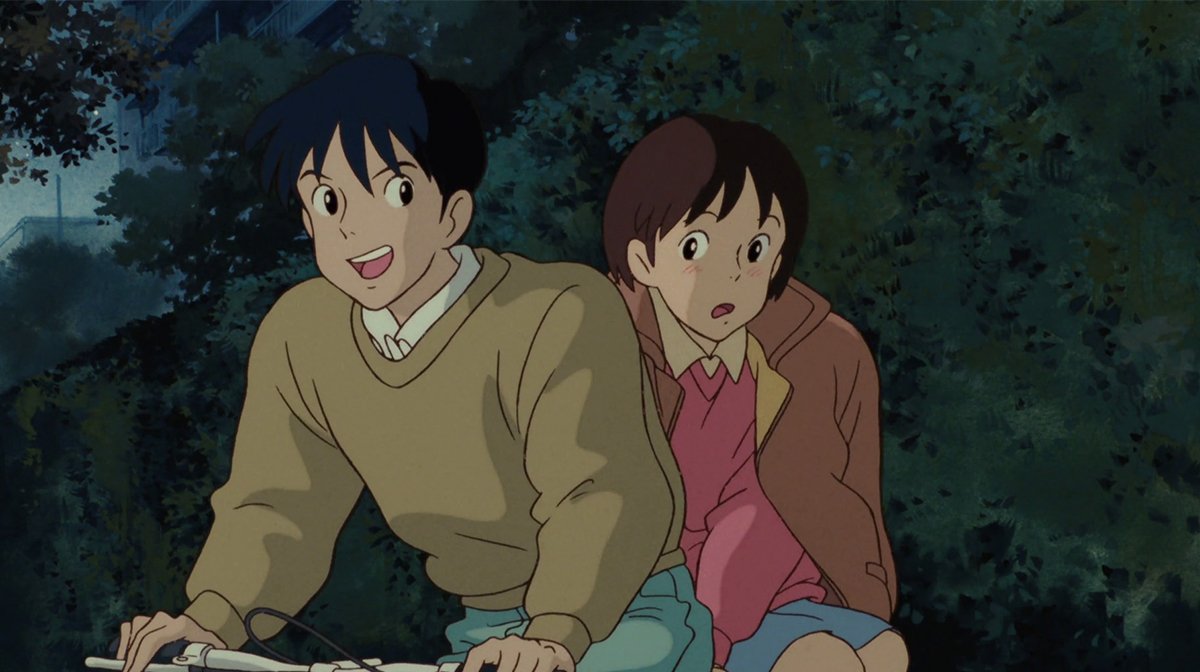 Without a doubt, Whisper Of The Heart, even 25 years on, is one of the most unique films that Studio Ghibli has made.

Though it may on the surface sound like it could have come from any other anime company, the combination of its simple plot and its painstaking treatment from a director and studio who clearly cared deeply about it transform it into more than the sum of its parts.

You may have noticed that I haven’t spoiled many plot elements here, and I’d like to be clear that this isn’t because of some big twist, it’s because I can’t recommend Whisper Of The Heart any more highly, and I hope that by preserving its story from you that if you haven’t already, you’ll go and watch it.