Although at first the premise may sound familiar, a seriously ill teenager falls for a small-time and older drug dealer, Babyteeth is unlike anything you have ever seen before.

Tender, jovial and so full of life, first time feature director Shannon Murphy ensures the story steers away from expected cliches, as the young Milla, beautifully played by Eliza Scanlen, experiences the highs and lows of adolescence without letting her illness define her.

Ben Mendelsohn, Essie Davis and Toby Wallace also star in the critically acclaimed movie which is guaranteed to leave an impact on audiences.

We chatted to Murphy about all things Babyteeth from ensuring the story was authentic, to the playful colourful cinematography and how Ben Mendelsohn is a laugh on set. 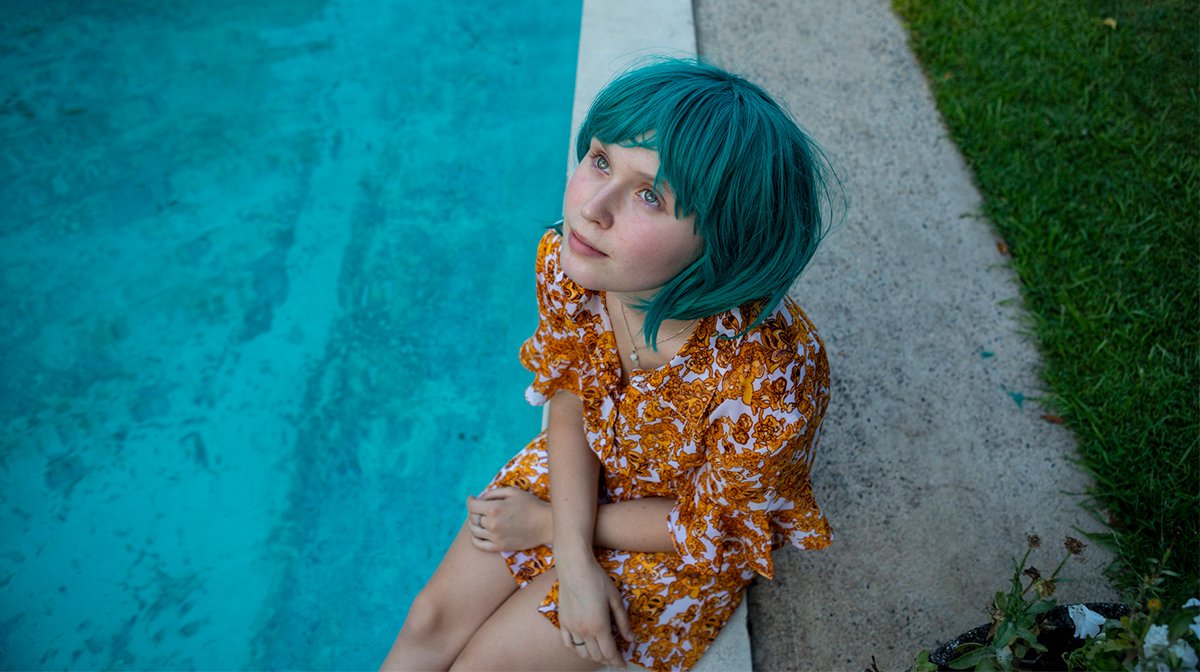 Zavvi: It’s a brilliant movie. How did you become a part of this project? I understand you hadn’t seen the play it is adapted from?

Shannon: No I hadn’t, which is weird as I began my career in the theatre where it was on, and I usually see all the shows but I missed it.

I knew Rita Kalnejais (the playwright) as an actress, and she had been writing plays for a while, but when I got the screenplay it was about seven years after the play, so it was completely ready to go.

I didn’t go back and read the play until I was ready to shoot as I didn’t want to be influenced by it. 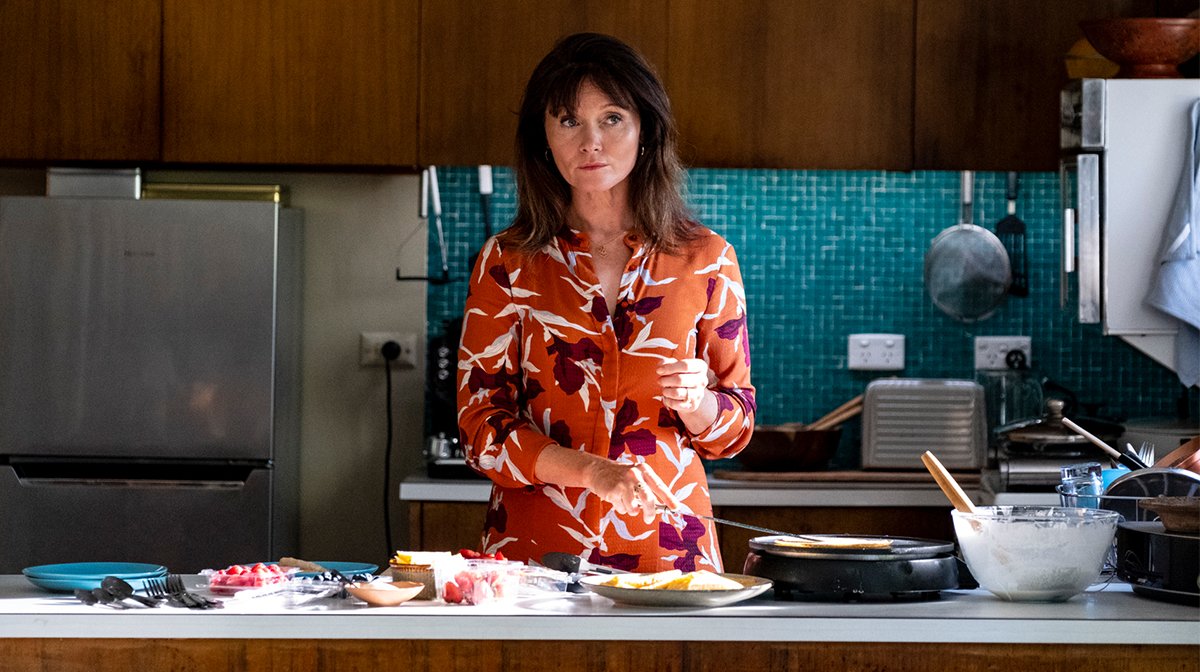 Zavvi: One of the things that struck me is it’s about first love, coming-of-age and family, and the fact that Milla is seriously ill doesn’t really sink in until later on. Why was it important this didn’t define her character?

Shannon: When we talked to CanTeen, which is an organisation in Australia for youth with cancer, they talked about how important that was for them, they don’t want that to be how everyone views them.

But also because it’s not all they are thinking about.

We wanted it to be authentic to the experience of Milla, and how she is trying to define herself by pushing boundaries, exploring first love and having all of these experiences, with everyone not focused on that. 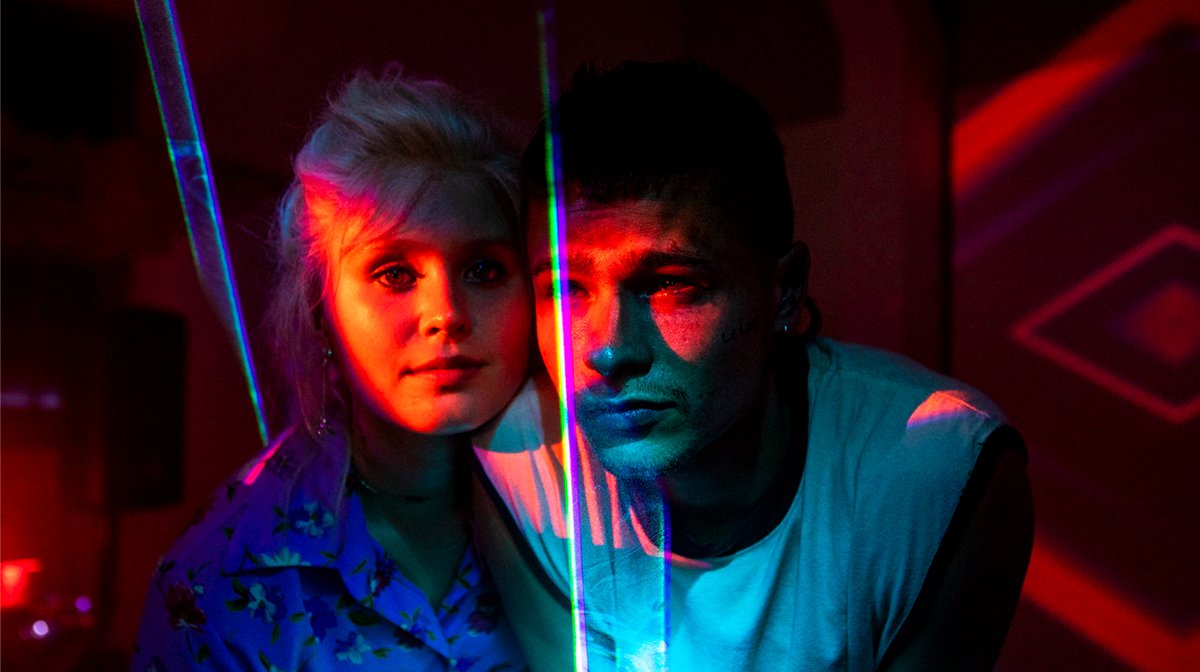 Zavvi: It also has quite a positive, light tone, despite its heavy subject. What was the atmosphere like on set?

Shannon: It was quite upbeat. We shot in the middle of summer, in Sydney, so it was a very stifling time to be making a film but Australians are really resilient, and we do crack jokes the whole way through.

There was a lot of fun and humour on set, Ben Mendelsohn likes to bring that, playing music on his boom box and keeping everyone jovial. 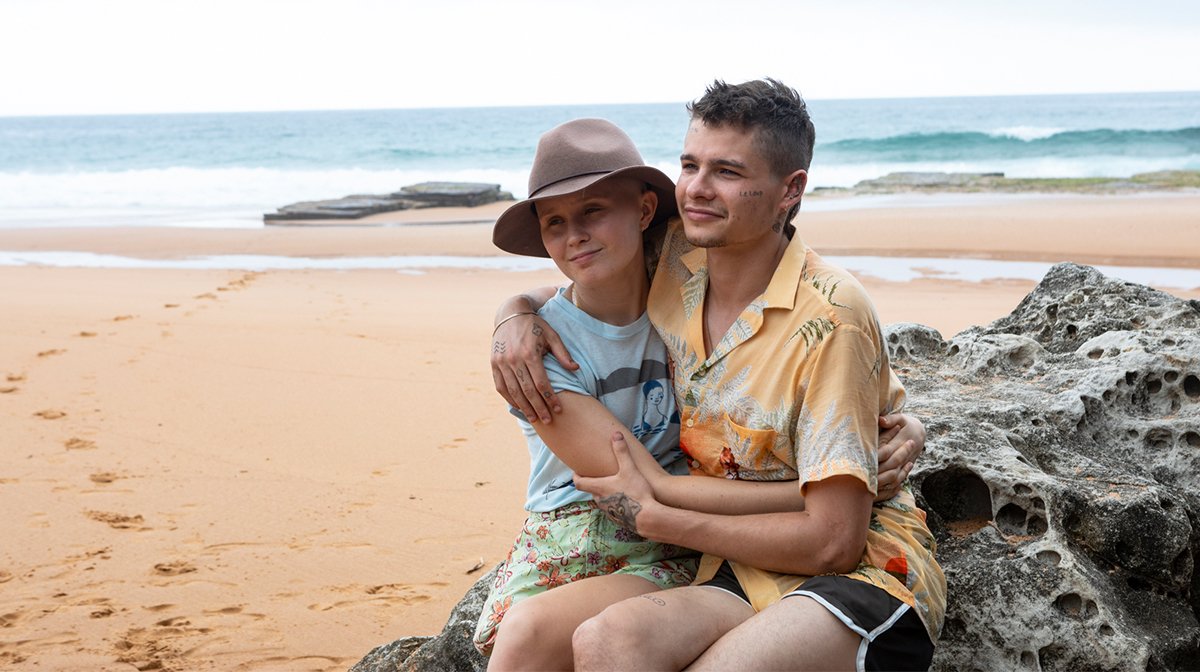 Zavvi: And I feel the bright colour palette and use of light helps bring out this tone.

Shannon: My natural taste is to go colourful and bright, and I think it has got a lot to do with the fact I grew up in Hong Kong which is such a neon city, and that’s how I see the world.

But I also feel that’s how Milla was seeing things, in a higher frequency, and I thought colour would match this. 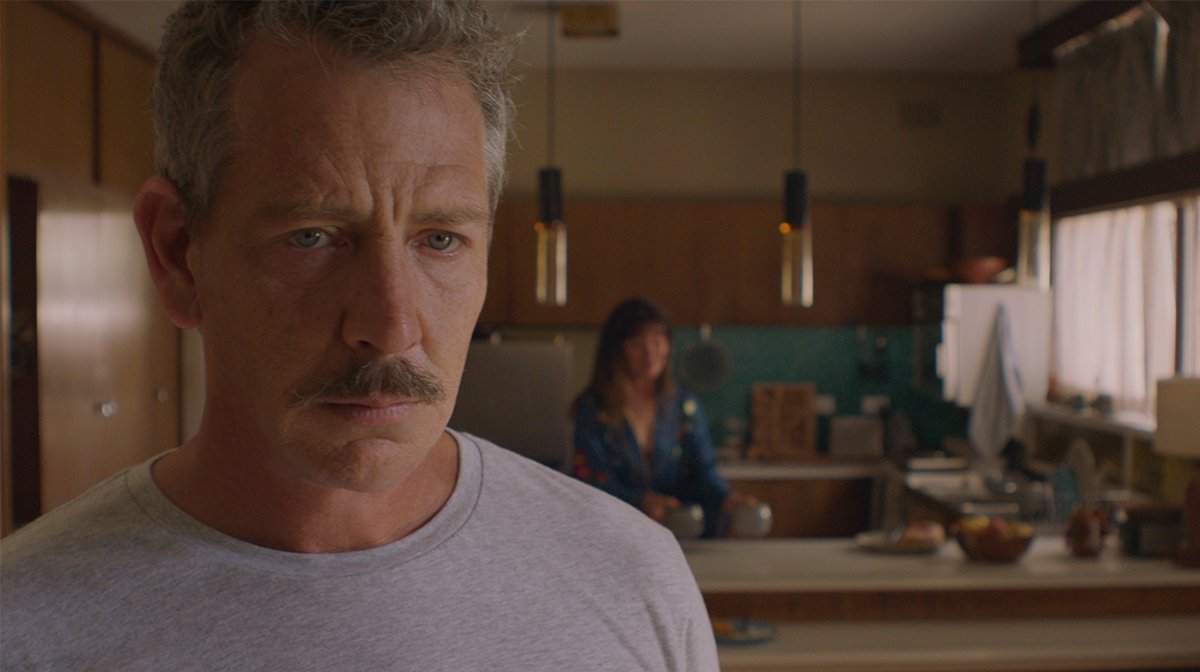 Zavvi: It looks beautiful. We also see a focus on Milla’s parents, and their struggles. It is more of an ensemble piece than people may expect.

Shannon: It was in the script and I prefer ensemble pieces to be honest because cinema is where we go for our more complex stories, and there is no reason why you can’t be taken on a journey with plenty of people, so I love that it opens up to so much of Milla’s world, and gives us so many different characters people can relate to, depending upon where they are in their own lives.

Also I feel you can understand Milla more because you have so much context, with her parents and spending so much time in her home. I thought it added so much more depth to the story, and set it apart to others that tackle similar topics. 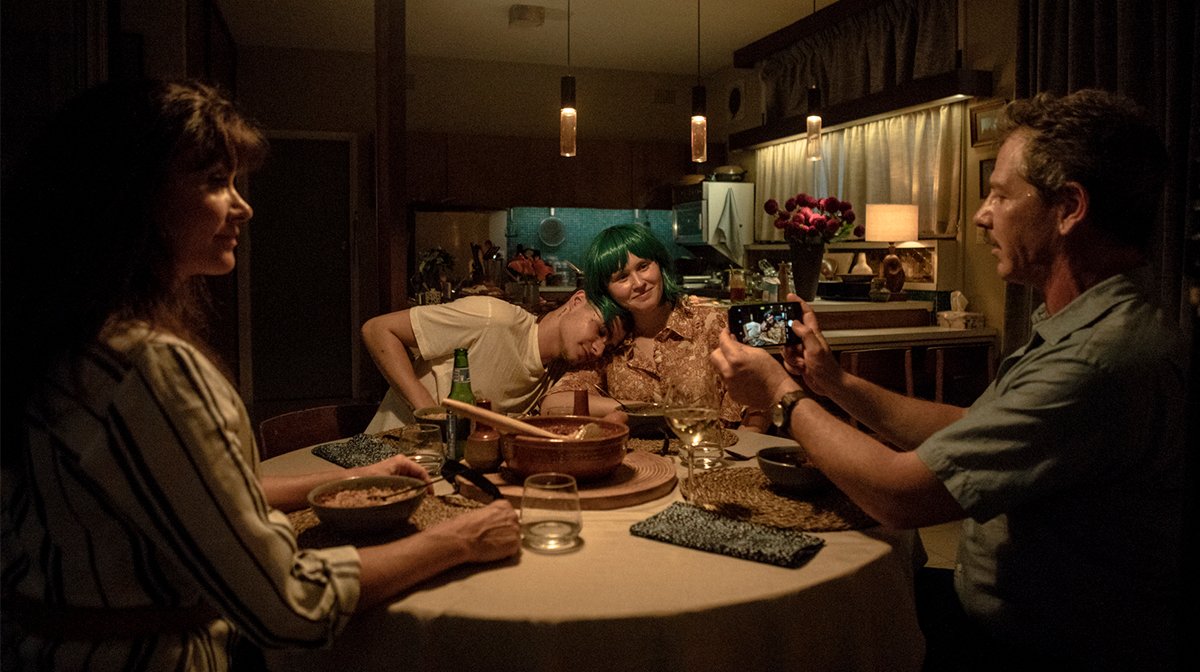 Zavvi: I agree, it brings a whole new perspective and dynamic, as do the title cards. They make it feel almost like a series of memories.

Only a couple are the exact same as in the play, but the others all came afterwards, once the film was in shape. 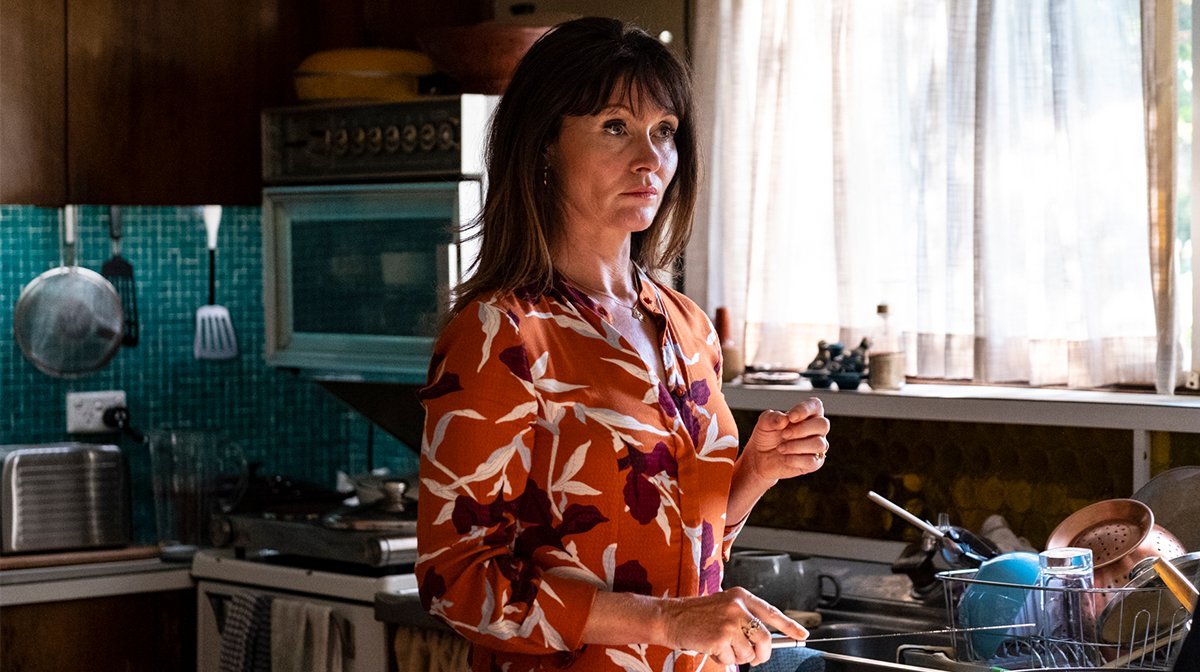 Zavvi: There is such an emphasis on music, and the soundtrack. How do you pick the songs?

Shannon: So when she is dancing it’s a song by Sudan Archives. We talked about how this is when she is learning more about her world, she’s not in a cocoon at home, and so they just felt right for that, world music.

And with the other pieces I was focusing on Australian artists and what music she would be falling in love to, and be inspired by. I wanted a soundtrack that was always totally connected to the film, and use it in a way that feels it is in the time capsule of the story. I think music is so specific and emotional.

We also use a lot of music whilst we shoot, so Milla is really dancing to that on the day. So everyone is in sync with one another, you can feel the energy when the music has been picked beforehand. 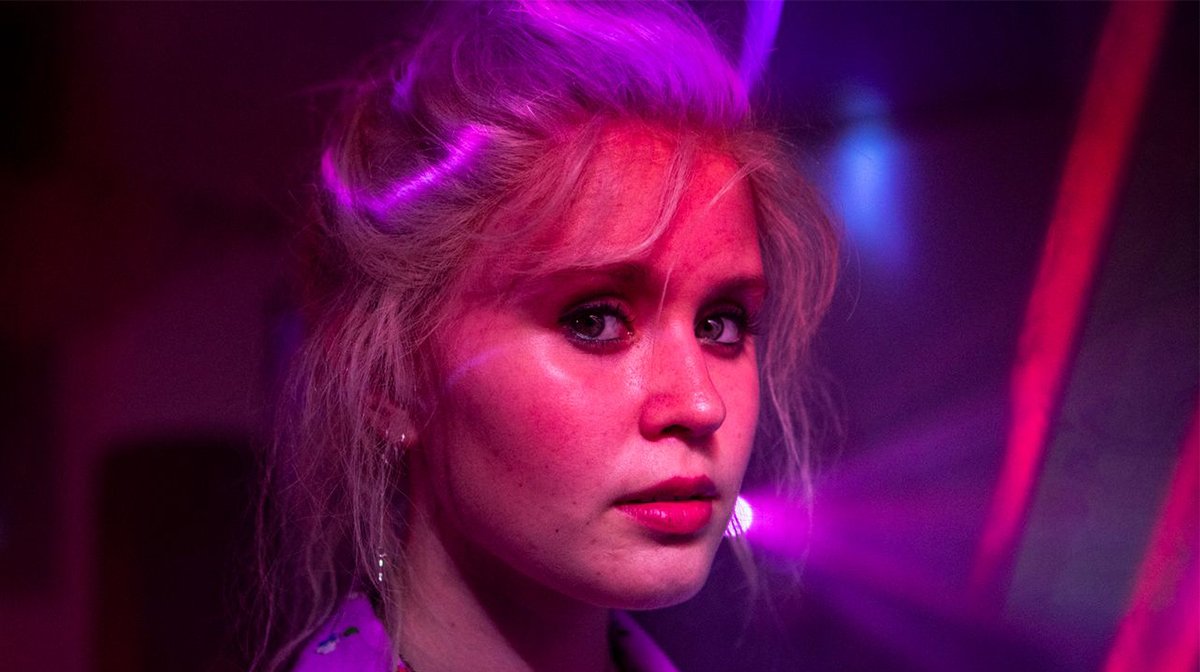 Zavvi: Eliza Scanlen is just fantastic as Milla. What about her made you think she would be perfect for the role?

Shannon: Because she is so wise beyond her years, and she is an introvert in a world where she is supposed to be an extrovert.

She is such an extraordinary chameleon with such a range, which is actually quite terrifying as a director, she can do so many things so you have to be so specific so she feels like one person, Eliza can do so much.

She is super focused on how her characters feel and move in the world. 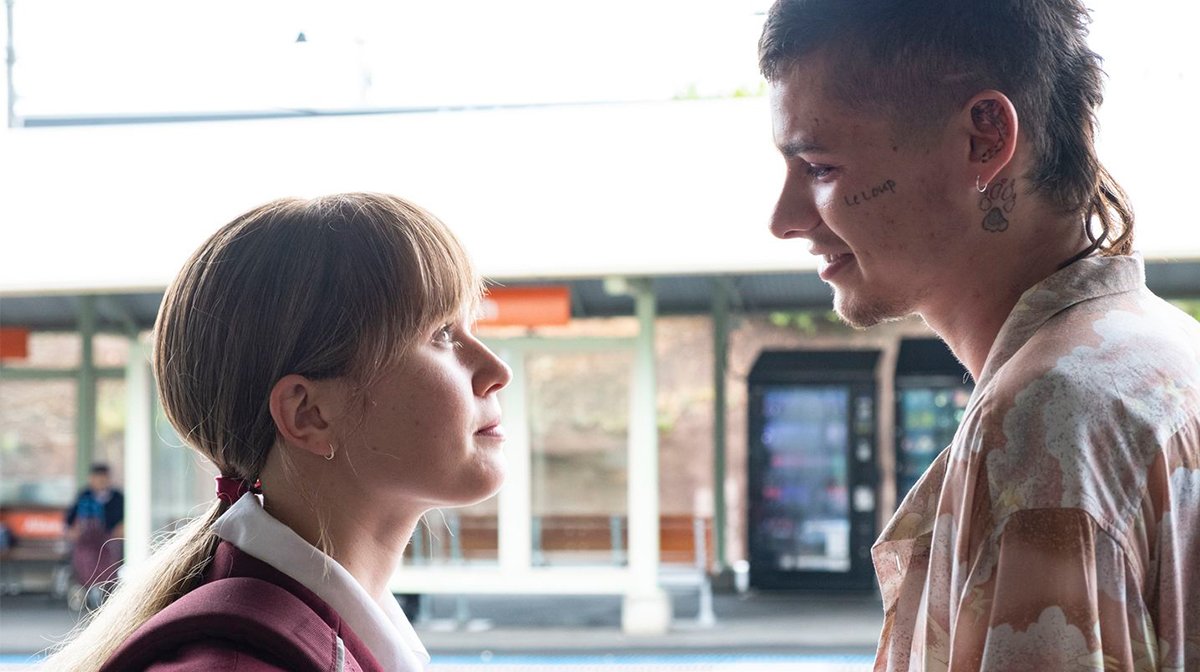 Zavvi: And finally, what is next for you. Babyteeth and the positive response must be opening doors?

Shannon: I’d love to find another feature but that hasn’t happened yet. I don’t write so I have to rely on reading something and hoping they have my voice somewhere in there.

I’m about to work on The Power, a TV show based on the novel by Naomi Alderman.