The highly anticipated Game Of Thrones prequel, House Of The Dragon, is on its way to the UK, set to release on 22nd August. To prepare, we thought it would be fun to look at the most Instagrammable filming locations from the original series.

17th April 2011 marked the debut of the first episode of HBO’s Game Of Thrones and the final day where ‘winter is coming’ had little meaning for most people.

This epic fantasy series has broadened people’s imaginations not only to other fantasy worlds but also to our own. This captivating television show has spread beyond our screens, with many fans flocking to the internet to ask the same question: where is Game Of Thrones filmed? Google Trends data supports this, showing that the phrase ‘Game Of Thrones Filming Locations’ has had a 92% rise in interest over the last month.

With so many spots to uncover, we have condensed this list — created with the assistance of Fandom Wiki — to the ten most visited locations according to Instagram.

To identify which sites were the most popular, we looked at the number of Instagram photos that included the filming location in a hashtag and any associated hashtags. These numbers were added together to calculate our total, then reduced to the top ten most Instagram-worthy Game Of Thrones filming sites.

Who knows, you could even earn a couple of new followers with your best poses in the exact location where Daenerys Targaryen once stood. 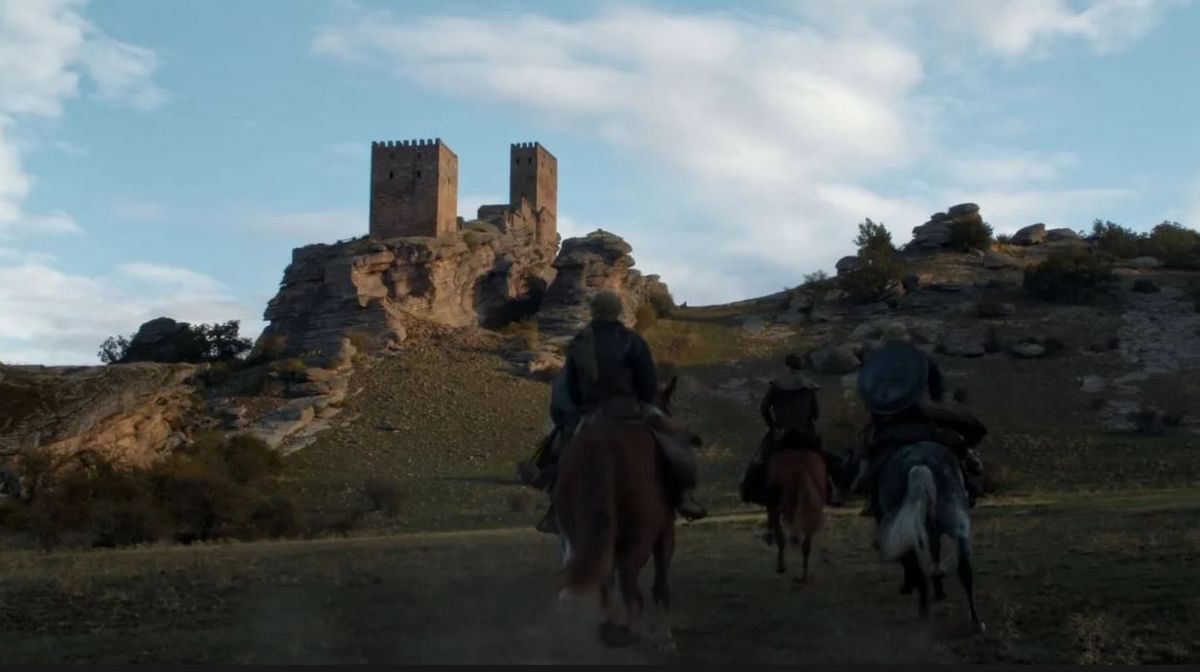 The numbers are in, and the most visited Game Of Thrones filming location is the Castle Of Zafra in Spain, which has been tagged in an amazing 7,220,359 posts. The Castle Of Zafra, located in Guadalajara, appears as the Tower Of Joy in Bran’s flashback.

Visit this sandstone castle to re-enact the battle between a youthful Ned Stark and his Kingsguard against Ser Arthur Dayen and the clever Targaryens in season six, and show off your best combat moves. 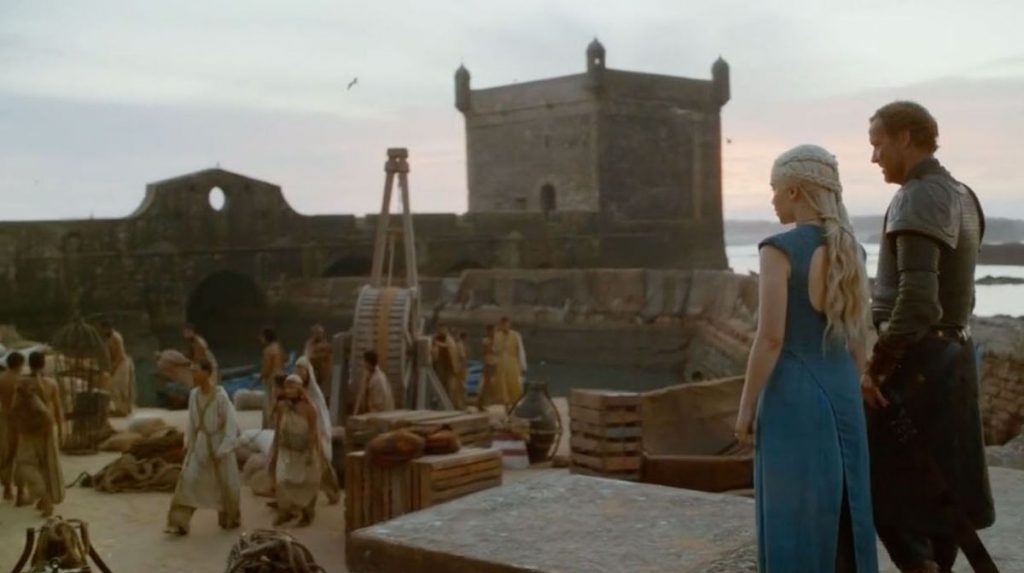 The Ramparts Of Essaouira, Morocco, is ranked second, with an incredible 1,054,906 posts highlighting this location as one of the best places to be if you’re an enthusiast. Fans of the TV series will recognise this location as Astapor.

Astapor, commonly known as the Red City, is known for housing a massive force of warriors, the Unsullied. This area first appears when Daenerys Targaryen arrives to build her army, and it acts as a backdrop for the episode Walk Of Punishment. 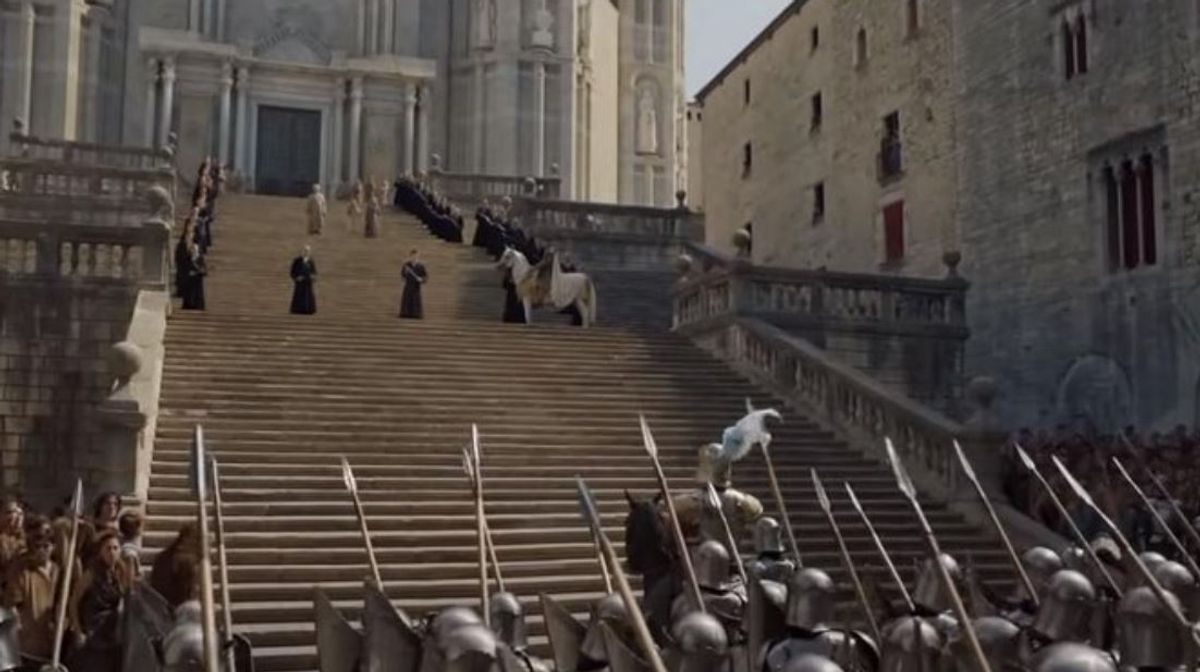 As we proceed down this camera-ready list, the trend of bright summer locations continues, with Cáceres taking third position, having been tagged in an incredible 889,324 posts.

Although there are numerous locations to explore in Cáceres, each of which adds some visual splendour to your feed, the Arco de la Estrella and the Plaza de Santa Maria stand out.

This is where most enthusiasts pose, as it appears in the seventh season when the fearsome Euron Greyjoy rides on horseback in King’s Landing and is praised by the townspeople. 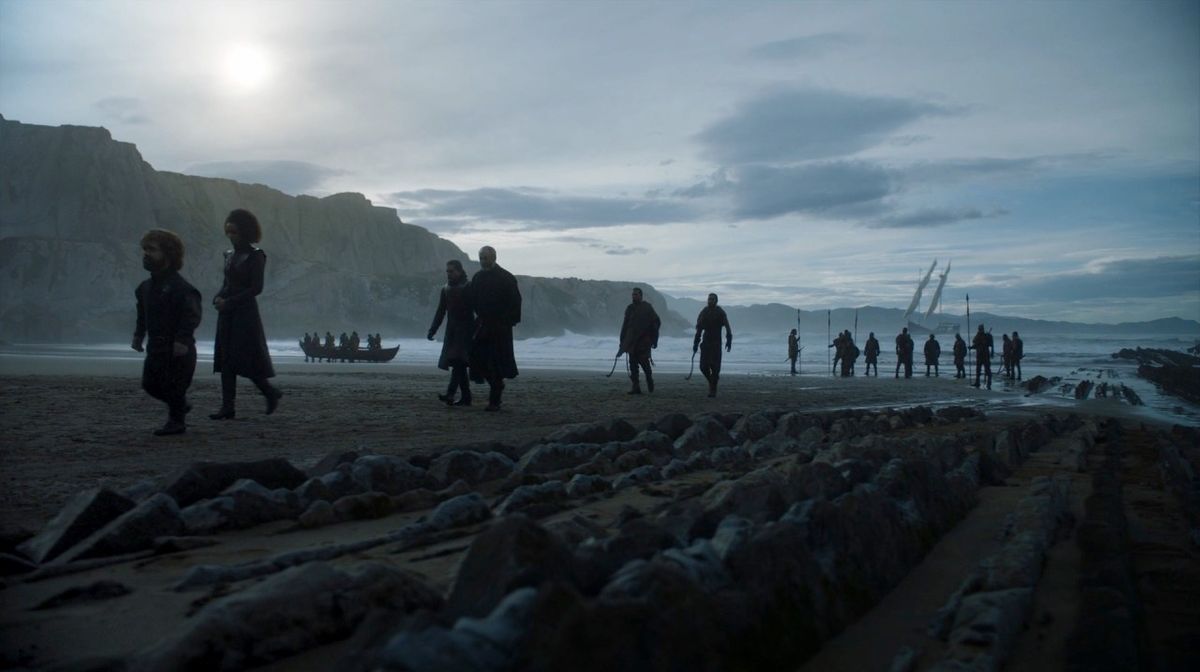 The fourth dream location on this itinerary is a beautiful beach, the ideal spot for a summer visit. This location, which goes by the intriguing name of Dragonstone in the show, has been tagged in 468,057 Instagram posts.

Itzurun is arguably most recognised for its role in season seven when Daenerys landed at Dragonstone — Dothraki warriors close behind — after crossing the Narrow Sea, ultimately becoming the dragon queen’s gateway to Westeros 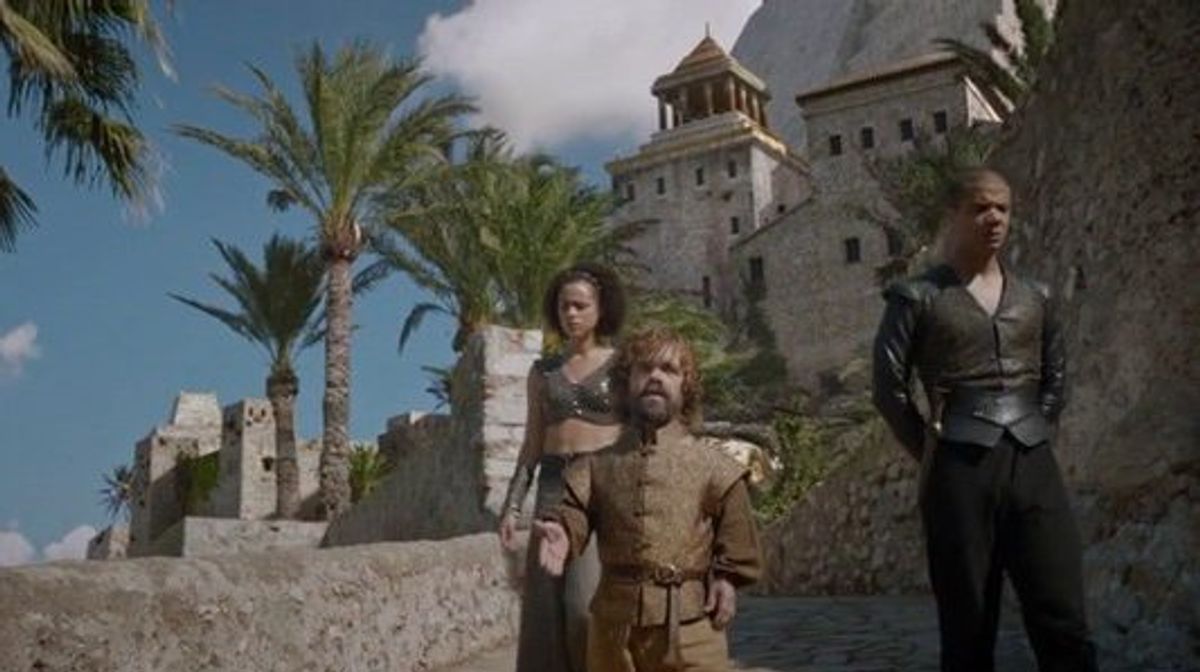 Peniscola is renowned for being a beautiful coastal town in this fantasy world, therefore it was only a logical step for it to become one of the top five locations, Peniscola having being tagged in 303,488 posts.

This gorgeous scenery was used to provide Meereen with a real-world setting and a city backdrop. Additionally, the cast visited Peniscola Castle and Plaza Santa Maria, which served as the staging grounds for some intense dialogue between both friends and rivals. 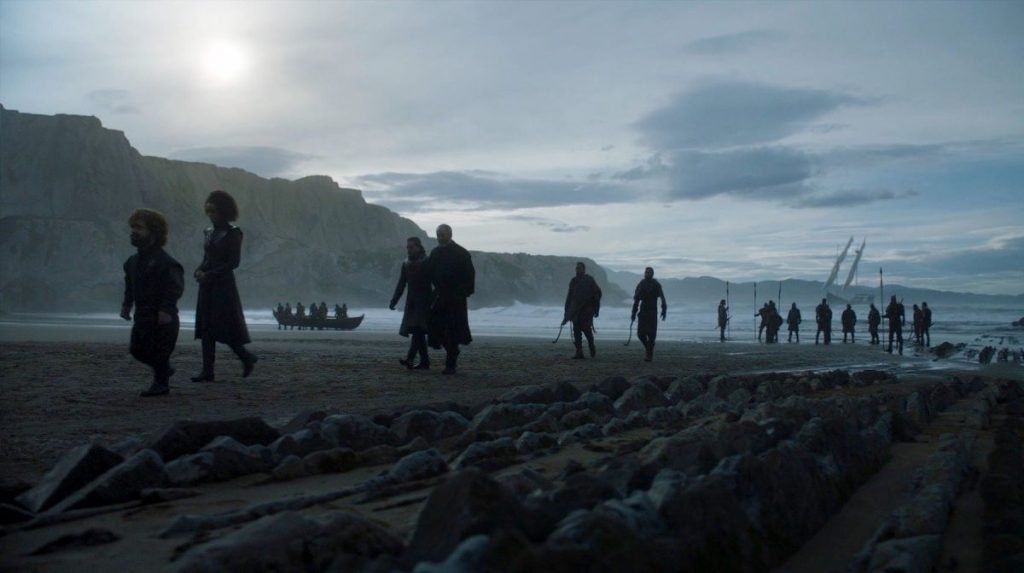 The Azure Window in Malta — well known as the wedding destination, since its limestone arch is where Daenerys Targaryen wedded Khal Drogo in the first the season — comes in sixth place.

Despite being partly collapsed, the Azure Window remains a popular spot to replicate these iconic nuptials, with 238,065 people tagging this location in Instagram posts. 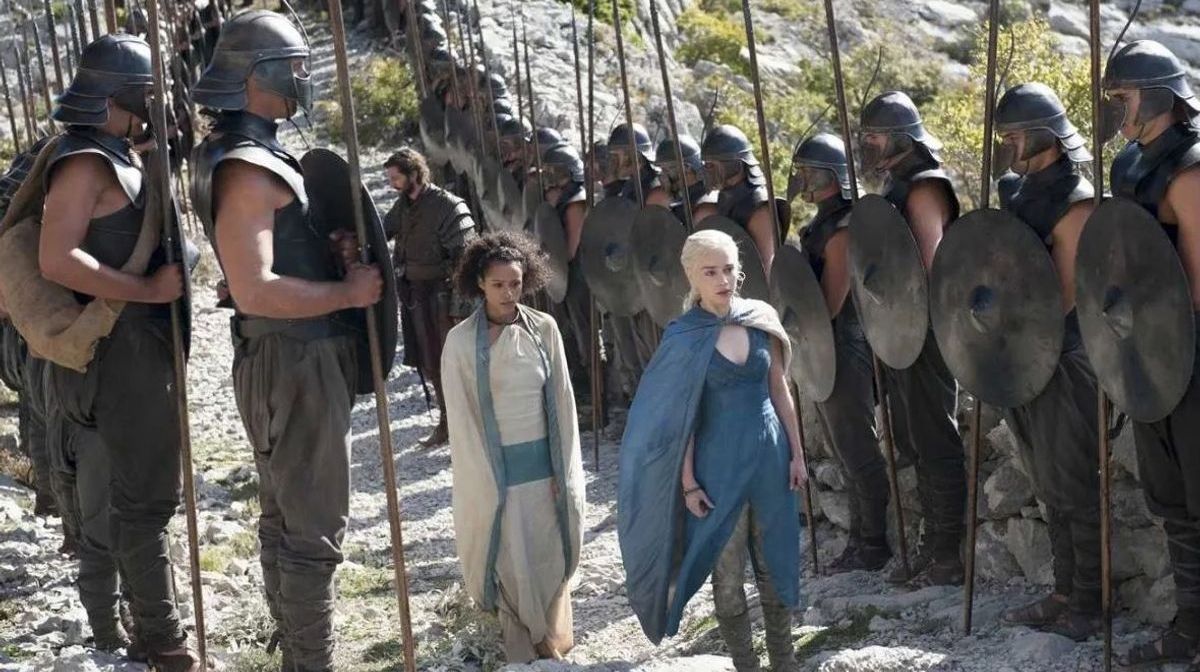 The gorgeous scenery and waterfalls of Krka National Park may feel familiar to fans. This déjà vu could be due to its blue lakes and flowing waterfalls, which have appeared as backdrops throughout Game Of Thrones.

This is the one occasion where we would recommend chasing waterfalls, since they serve as unforgettable backgrounds to some of the most exciting scenes. They have certainly been considered unmissable by fans, the site tagged 178,134 times on Instagram. 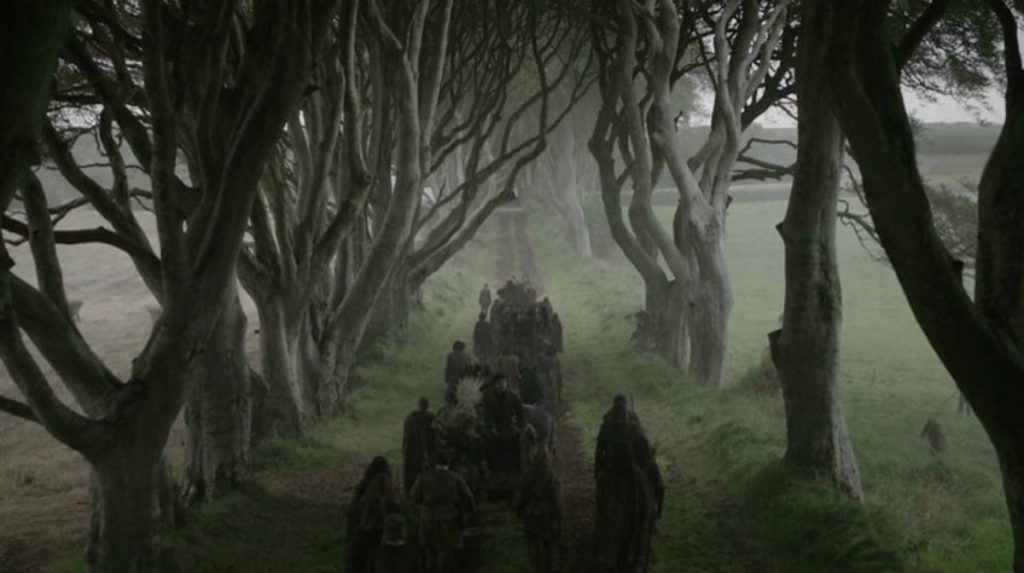 As we move into colder regions, we can see the beautiful avenue of beech trees that has become a known spot for Game Of Thrones in Northern Ireland.

This roadway, designated ‘Kingsroad’,has been tagged in 146,214 posts, demonstrating that die-hard fans desire to follow the path that the greats have walked.

This appropriately named avenue, with these distinctive trees, is best remembered as the location where Arya Stark escapes from King’s Landing and disguises herself as a boy with Yoren and others who are destined to join the Night’s Watch. 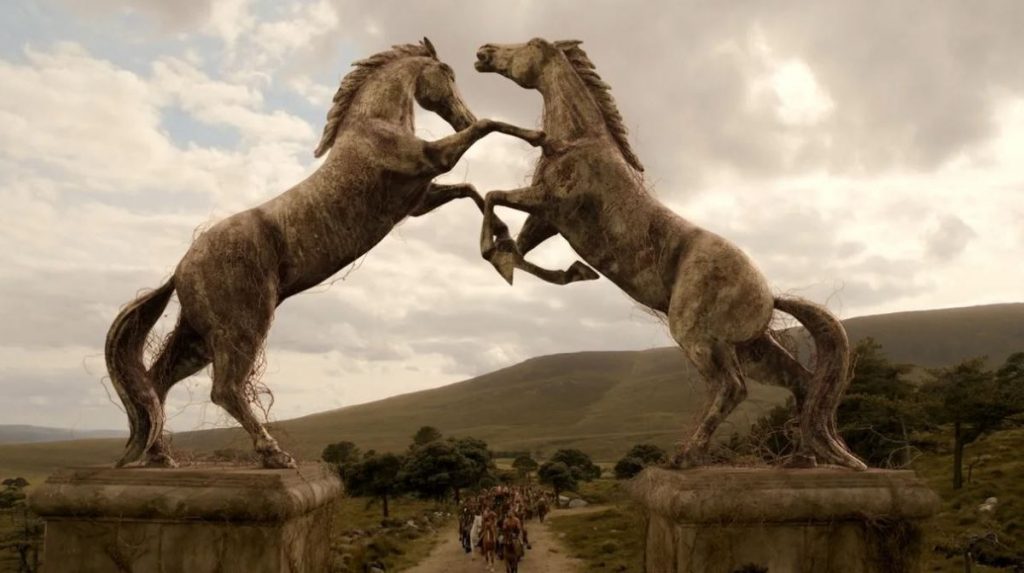 Sandy Brae, the location of Vaes Dothrak, the solitary city in the Dothraki Sea, is recognised as a one-of-a-kind location.

With 142,836 tags, Sandy Brae, with the majestic Mourne Mountains of Northern Ireland, is a rare find.

This lonely city, which you can rediscover, is known for being the place where Khal Drogo takes Daenerys to visit Dosh Khaleen and the legendary Mother Of Mountains. 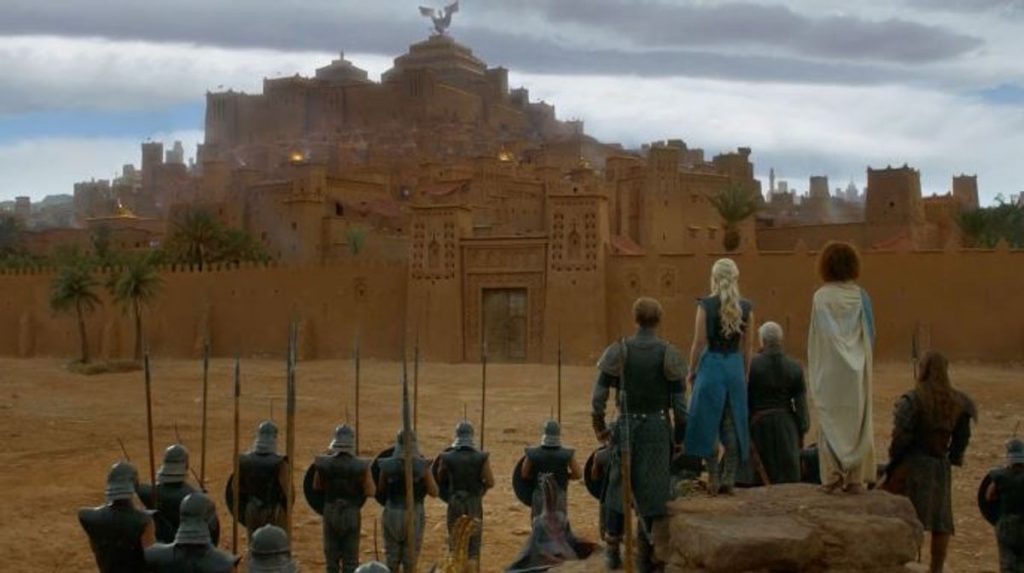 Finally, to round off the most Instagrammable Game Of Thrones sites, we have Kasbah Ait Benhaddou in the southern province of Ouarzazate, which has been tagged in an incredible 128,127 posts.

Ait Benhaddou was clearly a popular site, as both Yunkai and Pentos, fictitious cities visited by Daenerys Targaryen, were filmed here.

Most will recognise this background from Slaver’s Bay, which hosted Daenerys’ battle with the Second Sons to free the slaves.

House Of The Dragon Locations To Come

With the recently announced prequel House Of The Dragon, this epic series intends to keep its grip on the Iron Throne, following House Targaryen as they fight for the prized crown 200 years before the events of Game Of Thrones.

This new show has successively reignited our curiosity and will no doubt provide more filming locations where we can immerse ourselves in the realm of Westeros.

For this new yet familiar series, HBO is packing up and moving to the Warner Bros. Leavesden Studio in England, with coastal settings being heavily featured, as well as Spain and Portugal, to portray the seven kingdoms:

And there you have it: the top ten most camera-ready Game Of Thrones sites that you can visit. Whether you are a die-hard fan travelling from one location to the next or simply want to spend some time here, there are plenty of destinations to enjoy.

Prepare to capture some incredible shots and remember to perfect your poses for the camera.

Continue your exploration of Westeros with our Game Of Thrones merchandise.