“Where we’re going, we don’t need roads” – the immortal words of Doctor Emmett Brown there, played brilliantly by the magnificent Christopher Lloyd as he, Marty McFly (Michael J. Fox) and his girlfriend Jennifer (Claudia Wells, later replaced by Elisabeth Shue) embark on another adventure in the time-travelling DeLorean.

For two hours previously, they had taken us on a rollercoaster journey through time back to 1955, and only amplified the age-old story that messing with time is a fool’s errand.

And, despite some false starts and production problems, 1985’s Back To The Future’s reach into pop culture hasn’t waned since its debut 35 years ago. 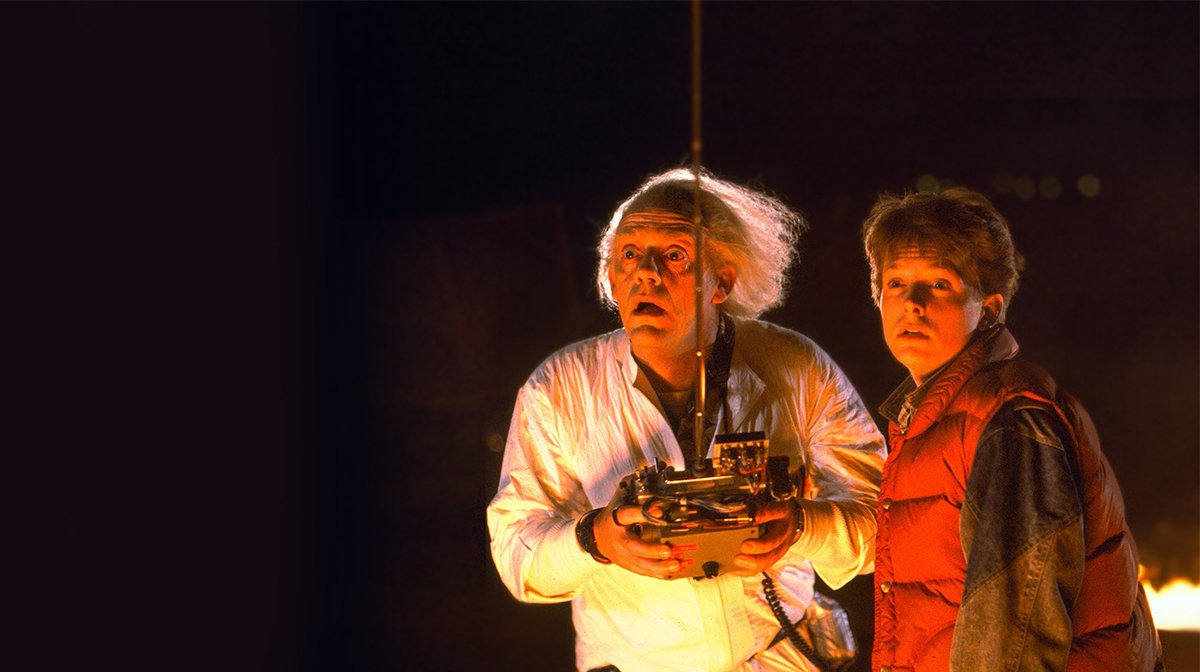 The idea for Back To The Future came to co-writer Bob Gale one day whilst rummaging through some old photos and yearbooks of his parents’ school days, visiting them years before the film’s inception.

Always looking to tackle the subject of time-travel, Gale started to ask himself whether if he had gone to school with his father, would the two have been friends, or would they have disliked each other?

He took the idea to director Robert Zemeckis who was keen, but the problem however was their standing in Hollywood wasn’t great. 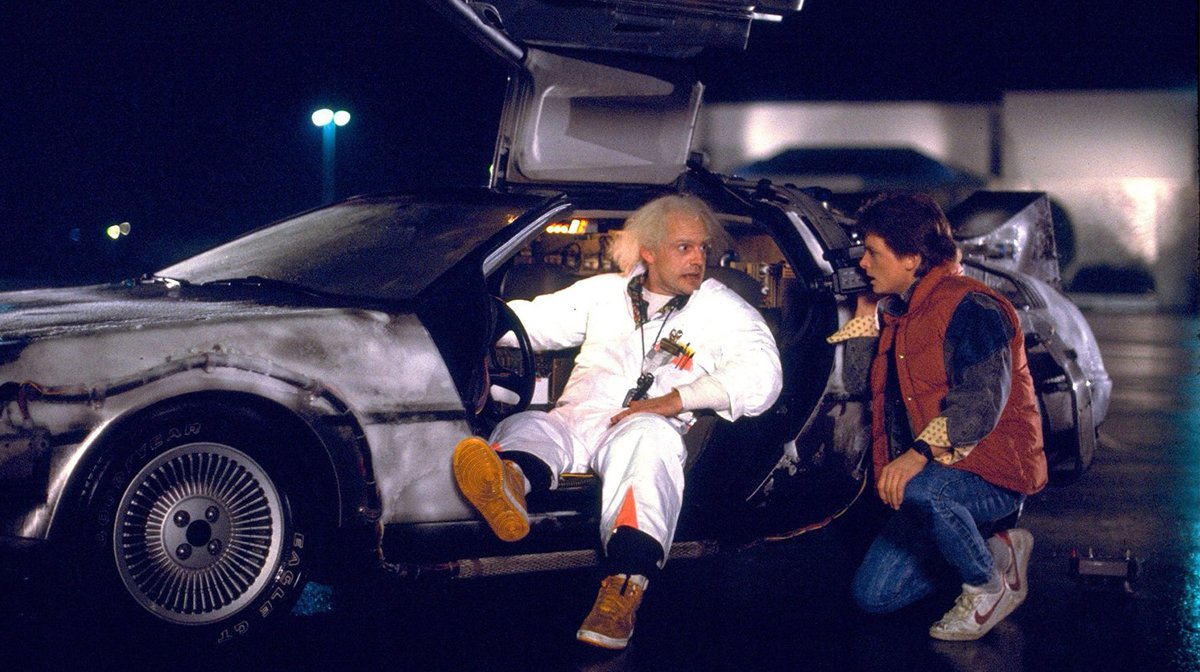 A string of flops had seen their status diminish, but after Zemeckis made Romancing The Stone, a huge hit in 1984, immediately studios were interested in Back To The Future.

But their friend Steven Spielberg was a huge fan of the script when everyone else wasn’t, so they set the film up with him and cast Eric Stoltz as Marty – as well as Lloyd, Wells, Lea Thompson, Crispin Glover, Thomas F. Wilson and more – after Fox was unavailable.

Sadly, something was off, and after five weeks of shooting, Stoltz was let go and the filmmakers begged the producer of TV show Family Ties to let them cast Fox, with the understanding that the show came first, and the film second. The rest, as they say, is history. 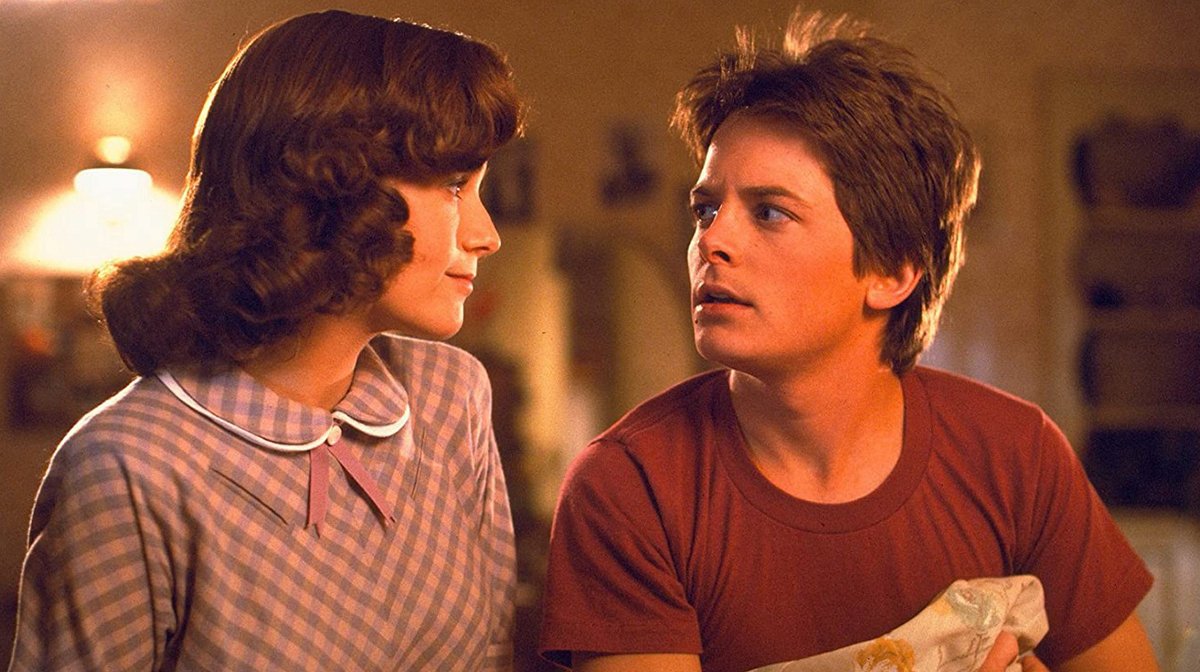 It’s hard to contextualise it now over three decades later, but the impact and lasting influence of the film was – and is – immense.

At the time of release, many studios were after raunchier, sexier comedies after the success of films like Porky’s, National Lampoon’s Animal House, Flashdance, Stripes and more, whereas Back To The Future had a more traditional approach with its emphasis on the generational gap, family ‘ties’, dreams, ambitions and fate.

No-one could picture it, apart from Spielberg, and in the aftermath of the Vietnam War, the Nixon administration and Watergate, America was looking for sunnier stories, something that Back To The Future had in spades. 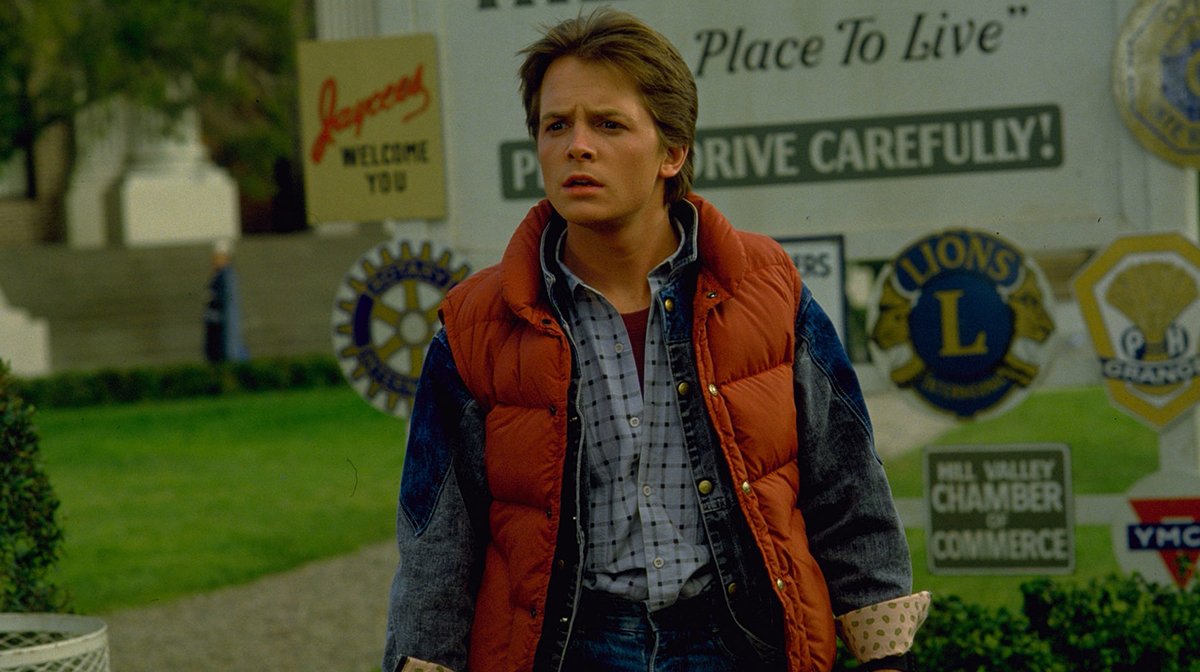 Its whimsical nature, affection, and warmth was even more powerful than its science-fiction wizardry, but for the film to work, both had to go hand-in-hand and such was Zemeckis and Gale’s exhaustive attention to detail, it is a marriage made in heaven.

The gobbledegook of time travel wasn’t dumbed down for the audience yet was easy to comprehend, whilst the narrative story surrounding it was charming, funny, and sweet without being sickly.

Indeed, its story never gets old, and its themes and narrative choices are timely, and timeless. In fact, everything in the film is about time. 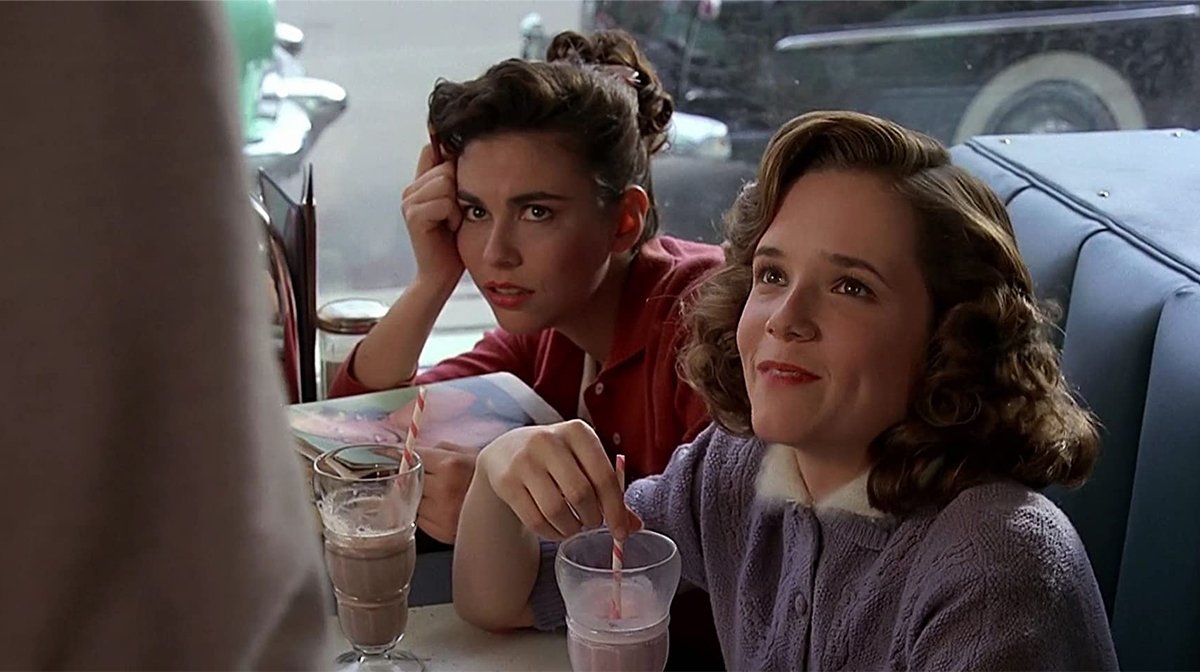 Clocks tick through their inevitable cycle from the very first moments of the film, and that ticking never lets up as Marty speeds back in time, or comes back to the future.

Humanity has always been fascinated with time, the one thing we simply cannot control, wishing we had more of it, also having that nagging feeling we could turn it back to do something again.

The film, which treads carefully in the science of it all, embraces this, carving a story that allows us to reflect and pose questions of ‘what if’, whilst also focusing on the here and now.

It reminds us that whilst we see some present things as more important or pressing to our existence, being lost in time – or stopping for a second and taking it all in – sometimes isn’t a bad thing. 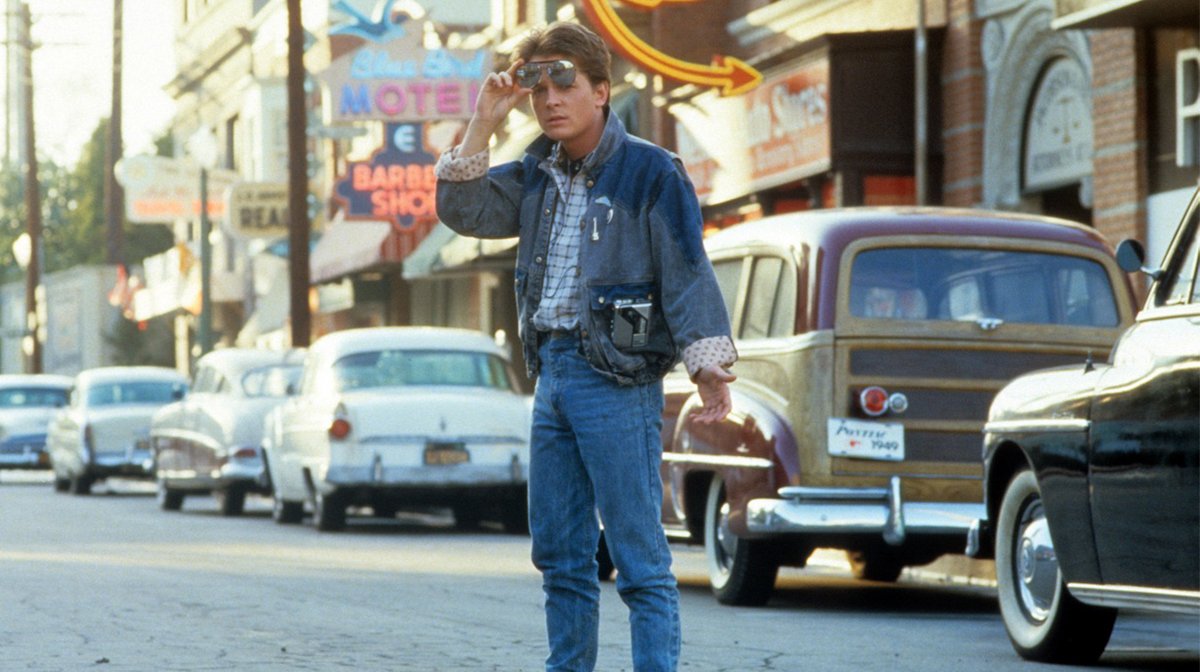 Its impact on culture through the years since its release has been far and wide, and not even its creators could foresee just how revered the film would become.

In more recent years, the most obvious one is the acerbic Rick And Morty, which takes the idea of a young man and crazy scientist time-travelling together and goes for broke with it.

Stranger Things, with its ’80s setting, has always nodded back to the film, not least in the local Hawkins cinema which is seemingly always showing it; as well as countless other nods across all facets of entertainment. 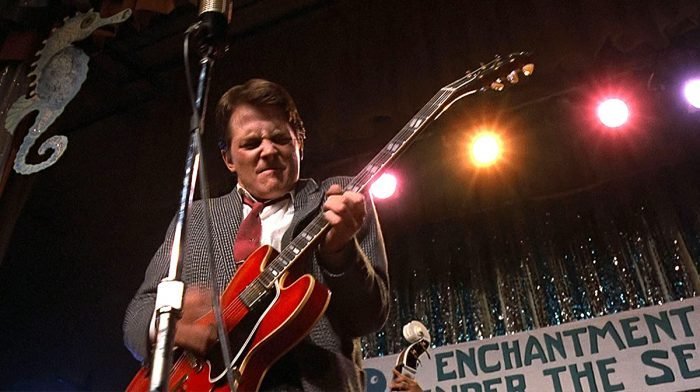 So what does the future hold for the franchise? Well, aside from the odd special adventure, comic-con appearances, or limited edition home entertainment releases, not a lot, and for good reason.

Many classic films are being remade or rebooted, but such are the concrete walls surrounding the rights to these films, we are safe from such horrific things for a while yet.

Speaking to The Hollywood Reporter in 2015, Zemeckis remarked: “Oh god, no… It can’t happen until both Bob and I are dead!” 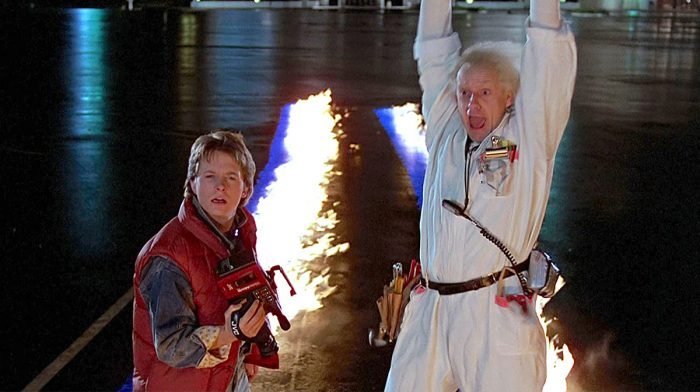 Forevermore, Back To The Future will remain in the firmament not just because it’s a wonderful, brilliant, profound and hilarious film about first loves, first dreams and the everlasting bonds of friendship and family, but it’s an everlasting reminder for us that, to quote another ’80s classic, ‘life moves pretty fast and if you don’t stop and look around once in a while, you could miss it’. It’s a curious thing, after all…

Back to the Future