Time was when late summer was the cinematic boondocks.

Studios bombarded cinemagoers with holiday blockbusters until early August, leaving the rest of the month and the start of September to mop up lesser titles and the occasional turkey.

But it also made those weeks ripe for a sleeper hit. 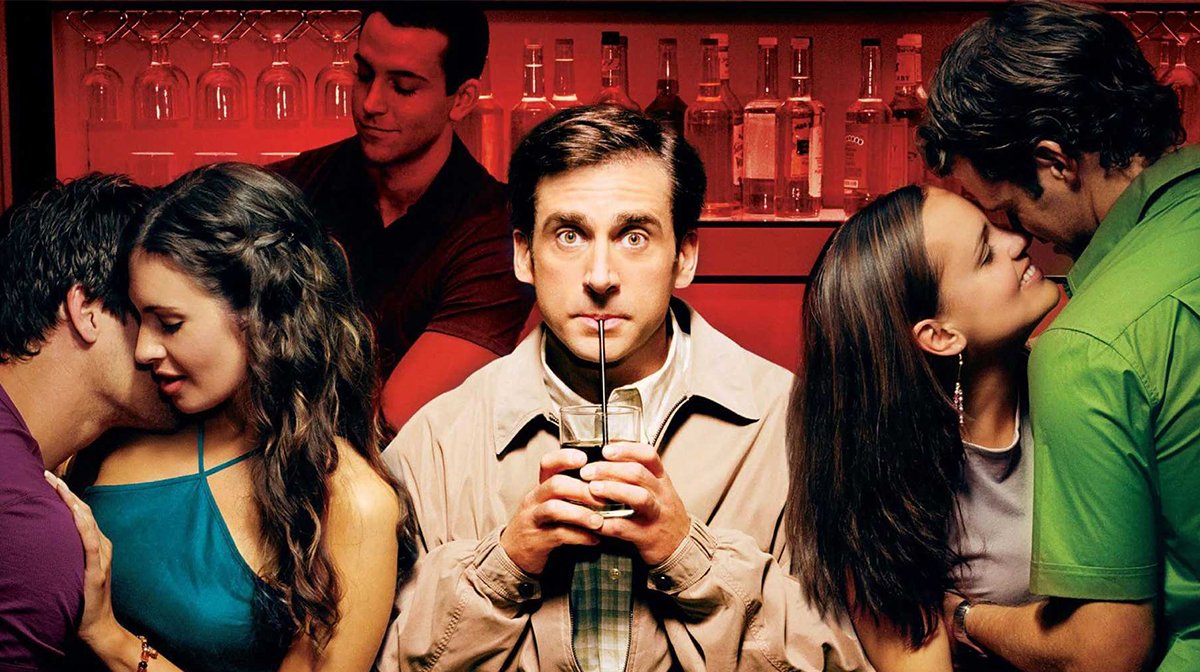 Which is exactly what happened with Judd Apatow’s The 40-Year-Old Virgin, which reaches the grand old age of 15 this week.

Except it went one better. Instead of just being a late summer sleeper, it turned into an unexpected blockbuster in its own right, earning over $177 million at the global box office, against a comparatively modest budget of $26 million.

Who’d have thought that a comedy with a does-what-it-says-on-the-tin title wouldn’t just make big bucks, but launch careers, turn comedy conventions upside down and generally become the most significant comedy of the 2000s? 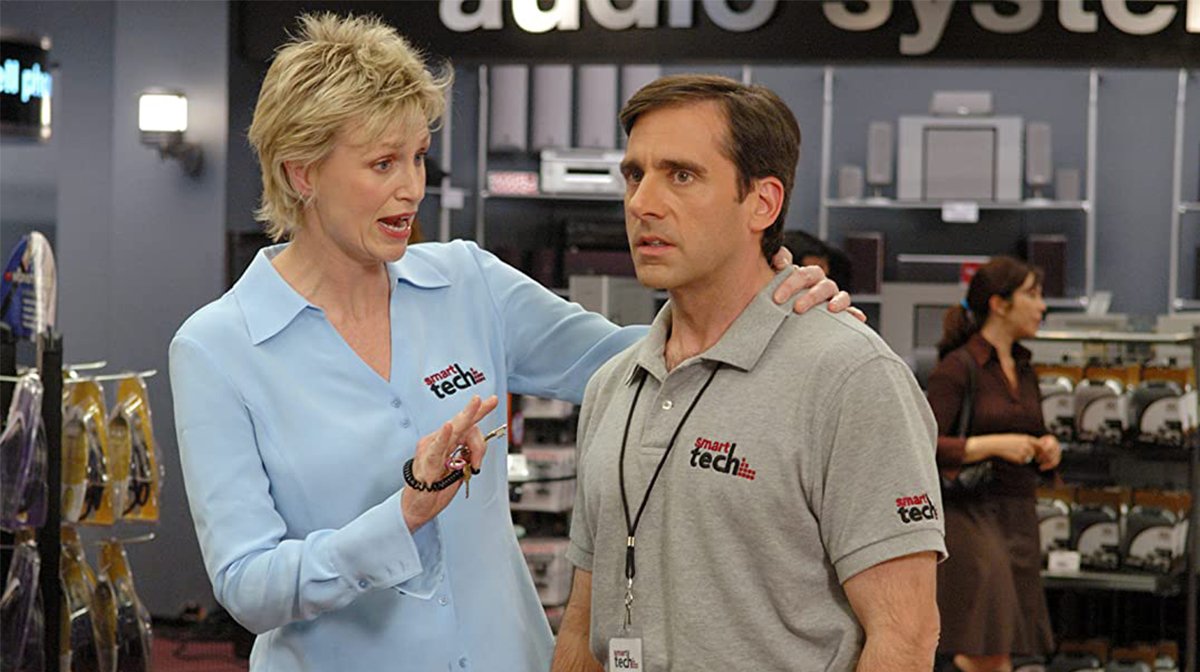 Not that the omens were great, especially for Apatow himself.

An established TV and film producer, his track record was patchy, to say the least.

His television shows only ever lasted one season and were never renewed, and on the big screen his first producing credit was The Cable Guy, which caused Jim Carrey’s hitherto winning streak to splutter. 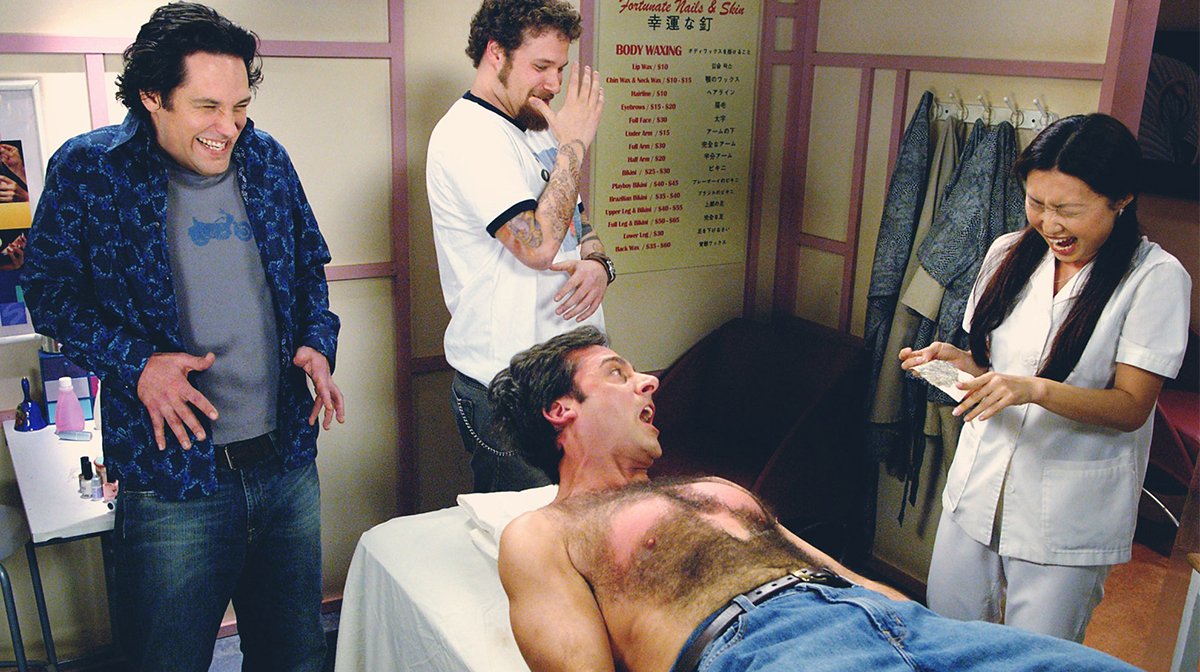 But The 40-Year-Old Virgin marked something of a watershed for the producer turned director, bringing together a collection of comedy talent (some had already appeared in Anchorman, which he produced the year before) and earning him much needed critical praise.

Steve Carell headed the cast, but the likes of Seth Rogen and Paul Rudd were right behind him, with cameos from Kevin Hart, Mindy Kaling and Jonah Hill, all of whom are now household names. 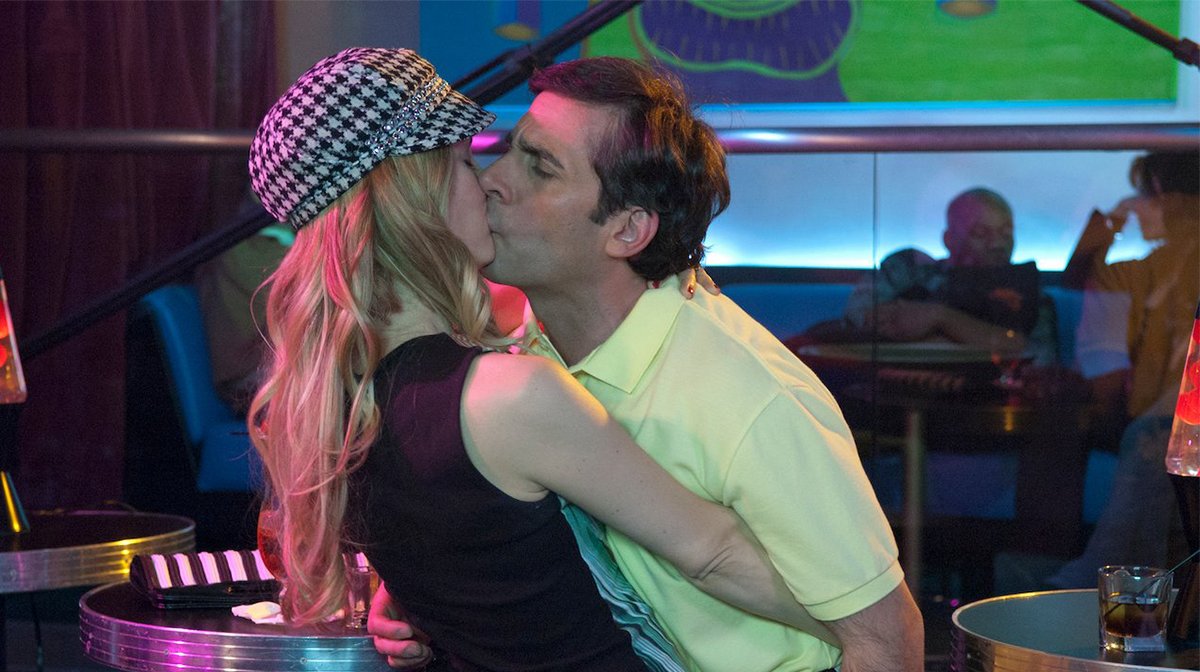 The film became his launchpad as Hollywood’s king of comedy, a title which he’s kept hold of, even when some of the films weren’t so great.

And any tarnish on that crown has been well and truly erased by his latest outing, The King Of Staten Island, which sees him working alongside one of the leaders of the latest comedy talent pack, Pete Davidson.

As director and writer, Apatow also had the freedom to do something different with The 40-Year-Old Virgin. He promptly set about up-turning a couple of favourite comedy conventions and giving them a refreshing twist. 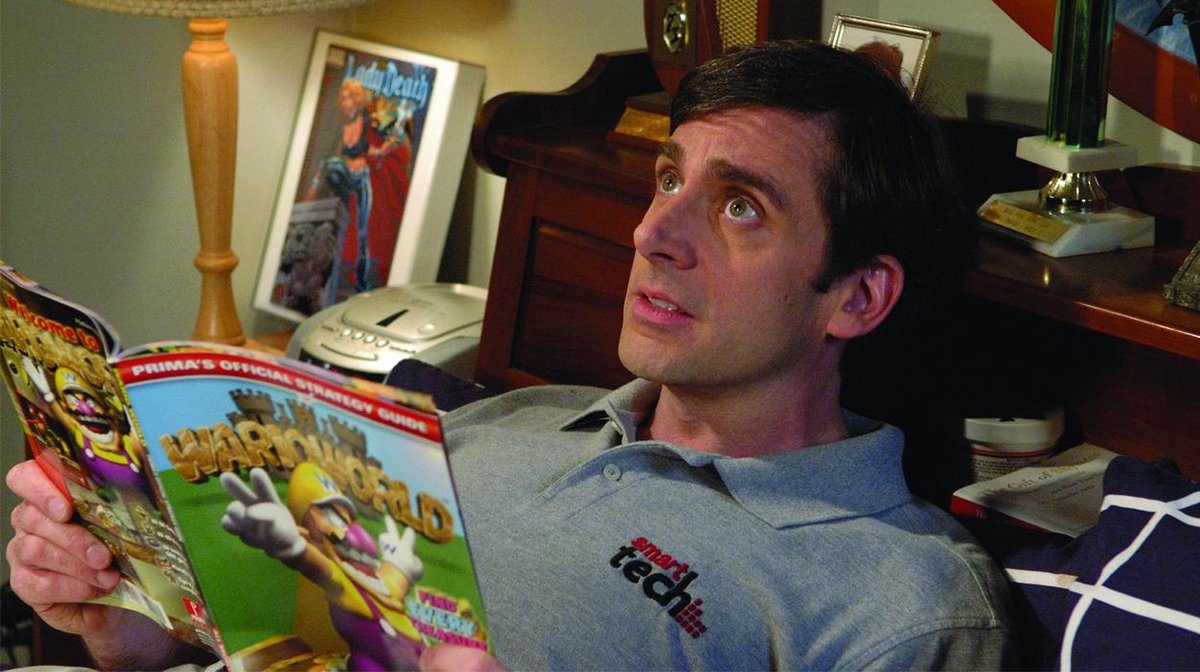 For example, take the rom-com trope of the friend (or friends) who give terrible romantic advice, put it in a male context, and ta-dah! We have a bro comedy!

In this case, it’s co-workers Rogen, Rudd and Romany Malco who have ideas on how Carell’s Andy can break his duck, each one as bad as the other of course.

Hanging out as a foursome, their adventures are full of one-liners based on genuine male friendship, which paved the way for more excursions into the same territory, not just by Apatow but by Hollywood as a whole.

The Hangover Trilogy, Wedding Crashers and I Love You Man, among others, all trod the same path – so Apatow decided to move the goal posts again and turned his attention to comedies about women. He produced Paul Feig’s Bridesmaids, and directed Trainwreck, which had more than a flavour of Knocked Up about it, but this time with writer Amy Schumer in the Rogen role. 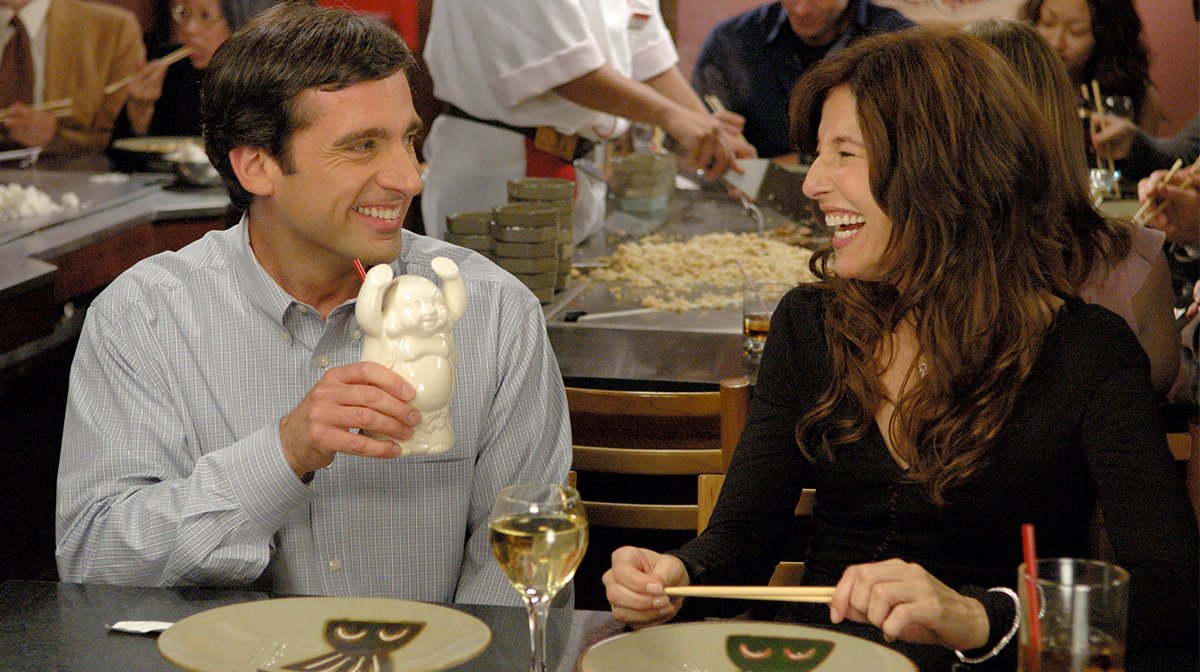 Essentially, The 40-Year-Old Virgin is a still sex comedy, but this time with a middle aged man at the centre, a simple variation on the teen genre that takes away the cruelty that went with the Animal House style movies of the 80s.

Gone are the bullies and the savage humiliation, to be replaced by a more self-deprecating style of humour and sense of camaraderie, so that Andy seems less of an oddball. 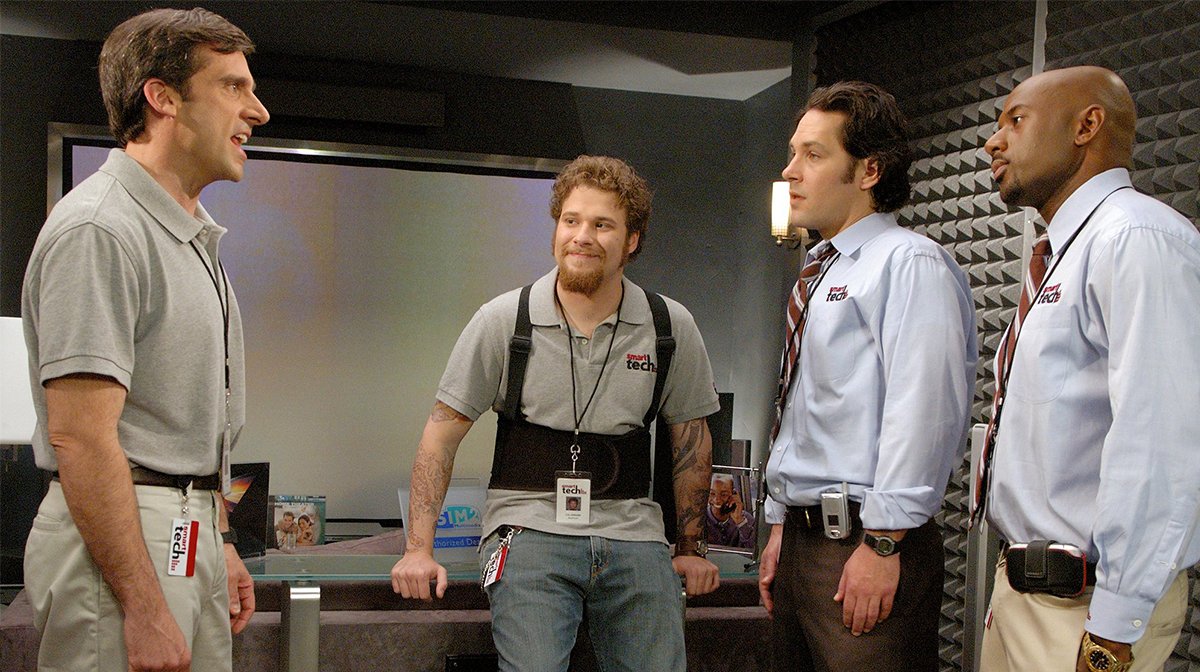 The film also took the off the cuff comedy of Anchorman and turned it into the instantly recognisable style of the next ten years.

Many of The 40-Year-Old Virgin’s best scenes are improvised. Carell’s agonised reactions during the chest waxing scene are absolutely for real, while the “how I know you’re gay” exchanges were improvised, but there are other riffs which have the spontaneity of improv, regardless of whether they’re actually scripted or not.

Comedy didn’t belong to the writers any more: it was in the hands of actors who relished being given the creative freedom to think on their feet, rather than stick to the script. 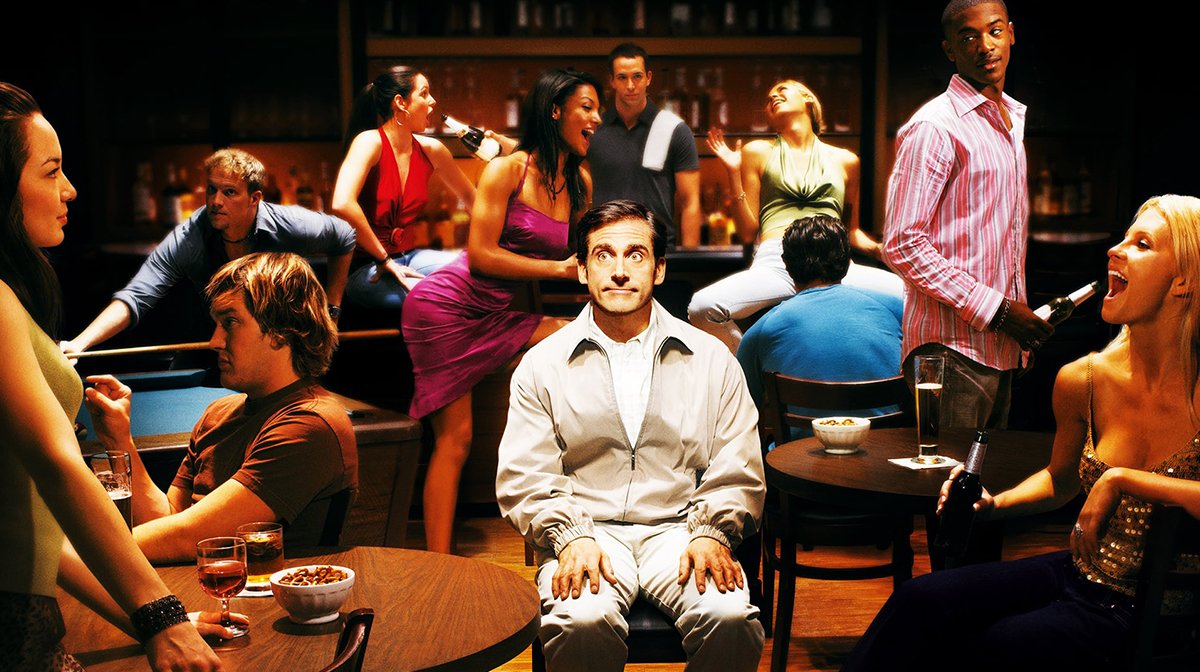 It was never intended to be a blockbuster comedy, but that’s what it became, to such an extent that Hollywood knew it had a money making formula on its hands.

Apatow’s films were never released at the tail end of the summer again, with subsequent titles all launched during the peak holiday period, alongside the remakes, reboots and superheroes.

Their stars were big enough, the concepts were crazy enough and the studios had seen for themselves that audiences would just as happily see a comedy as go to a CGI driven spectacle.

Blockbuster comedies became a regular summer staple, but none of them have ever quite had the heart of The 40-Year-Old Virgin.

And by the way – it’s also really, REALLY funny…