Rewatching The Matrix now, it’s something of a surprise that the film holds up as well as it does.

Like many of the best science fiction films, from The Terminator to Ghost In The Shell, it’s a film steeped in the anxiety that artificial intelligence will soon take over, and that we are powerless to stop it.

The futuristic aesthetic sibling filmmakers The Wachowski Sisters pioneered in the late 1990s doesn’t look as forward thinking now, its portrayal of technology and computer graphics looking like circa 1999 kitsch rather than a dystopian future.

However, it remains as one of the greatest sci-fi action movies of all time, despite being very much a product of its era rather than a still relevant warning about the future of our tech-obsessed society. 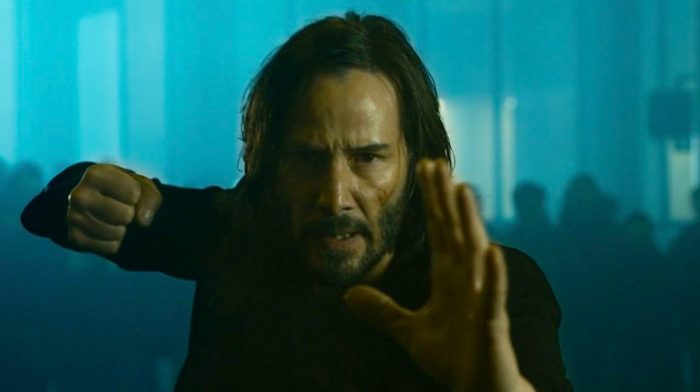 Now, The Matrix is being resurrected through the arrival of a fourth film in the franchise, which Lana Wachowski has returned to direct.

The first trailer suggests a complete reinvention of the story, as Keanu Reeves’ Neo is back living as Thomas Anderson in San Francisco, his memories after taking the red pill all vanished – including any knowledge of Trinity (Carrie-Anne Moss), who similarly has no idea who he is.

But it’s the sequences around this cryptic tease of the narrative that give a greater insight as to where Resurrections will take the story, with Reeves’ protagonist alienated from a wider world glued to their phones.

With technology becoming a greater part of our everyday lives in the 19 years since we last took the red pill, is this new film going to be about the relevancy of the original movie’s ideas in the social media age, and how it’s easier for these characters to become distracted from living in a simulation?

In this month’s edition of our free digital magazine The Lowdown, we took a deep dive into the secrets of the latest Matrix film, and why this is a different beast to anything the franchise has attempted before. 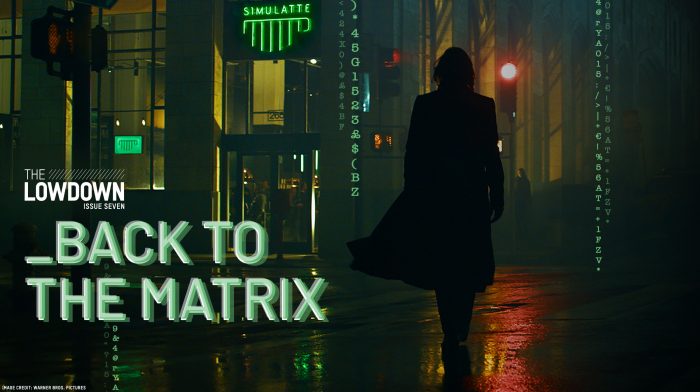 Shop for all things The Matrix in our store here.