Cartoon Saloon might be the most perfectionist animation studio working today.

Since being founded in Kilkenny in 1999, they’ve only made three feature films (The Secret Of Kells, Song Of The Sea and The Breadwinner) – but each has been nominated for the Best Animated Feature Oscar.

Their fourth film, Wolfwalkers, is likely to follow suit. 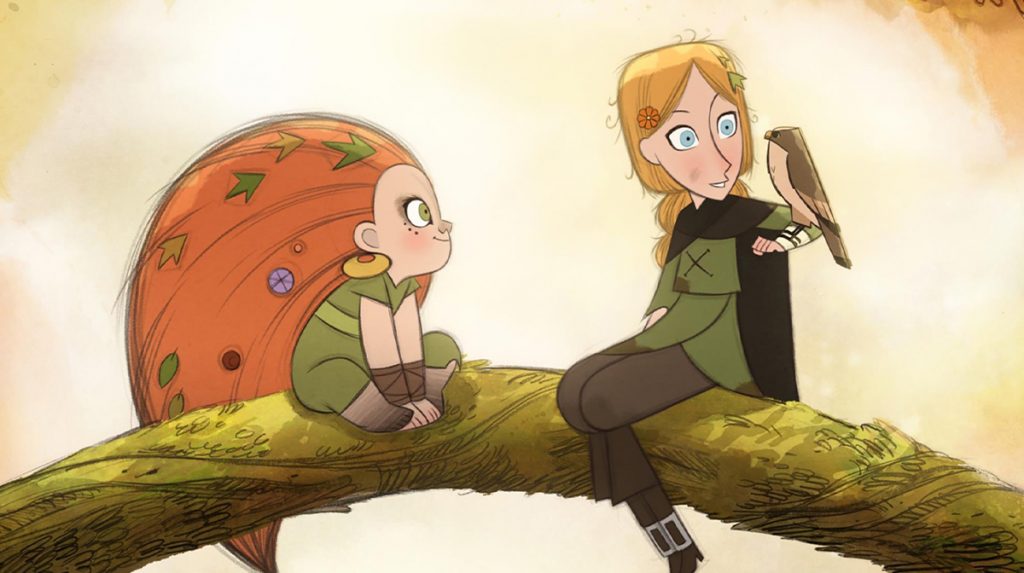 Like Tomm Moore’s previous efforts in the director’s chair, Wolfwalkers is grounded in Irish folklore. Set during the English occupation of Kilkenny in the mid-17th century, the film follows Robyn Goodfellowe (Honor Kneafsey), who has just moved to Ireland with her father (Sean Bean), a senior hunter under Oliver Cromwell’s command.

Robyn dreams of following in her dad’s footsteps, and after disobeying his orders to remain in town, befriends Mebh (Eva Whittaker), a young ‘Wolfwalker’ who can transform between human and wolf, and finds herself becoming closely aligned with the very wolfpack her dad has been hired to kill.

Wolfwalkers is co-directed by Moore and Ross Stewart, and Zavvi got a chance to sit down and chat with them about how the film came together over six years.

Zavvi: It’s been six years since Song Of The Sea, and five years since this went into production. Could you tell me a bit more about the genesis of this project?

Tomm: Even while we were working on finishing Song Of The Sea, Ross and I had been talking about this idea, but we couldn’t knuckle down to it until 2015.

We wanted to draw on themes about species extinction, and the polarisation we were seeing in society. It’s actually sad to see that those themes have only become more relevant as the years have gone on,.

I got a little bit depressed three years ago about it all, and I think it was good to have a project to focus a lot of energy into, that could contribute in a positive way to the discussion. 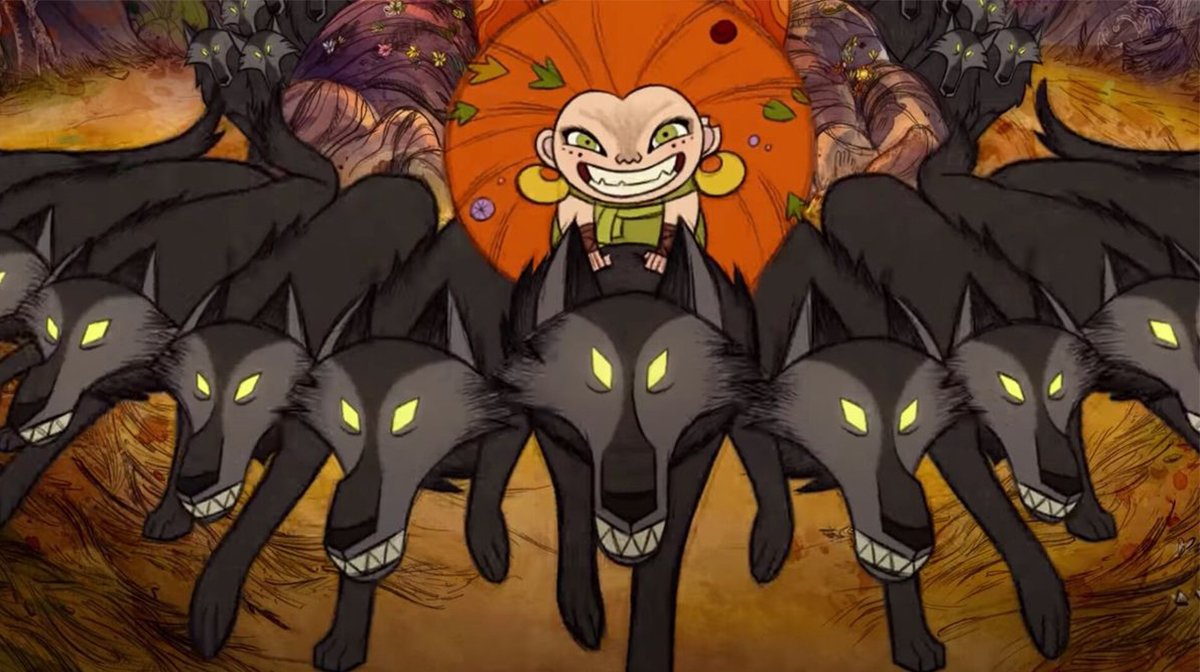 Zavvi: This is the first time you’ve co-directed a feature together. What is it that you each brought to the table in the collaboration?

Ross: Tomm brings a beard, and I don’t!

Tomm: I think me and Ross have natural strengths that we both play to. I focus a little more on character and animation, while Ross focuses on the backgrounds.

I have a little bit more experience directing after making the previous features, but I do think that Ross was part of those films in such a big way. The studio was so tiny when we started, that when Ross was art director on The Secret Of Kells we’d still be working side by side. 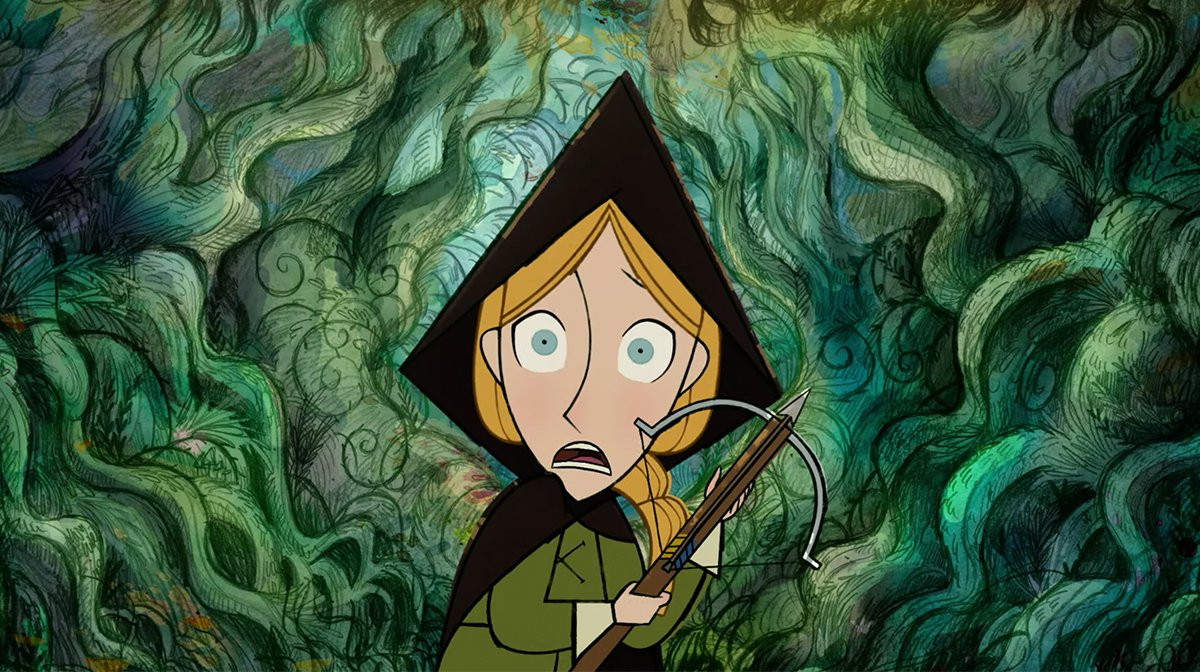 Ross: Tomm was able to tell me so much about how directing is about team management and being diplomatic, so if I’d done it myself maybe I’d have made some terrible decisions.

Tomm: There’s a collaborative aspect you have to learn as a director, but when it’s done, you get to do all these interviews where you take all the credit.

Animation is like a funnel, where usually all of the decisions are made at the start. 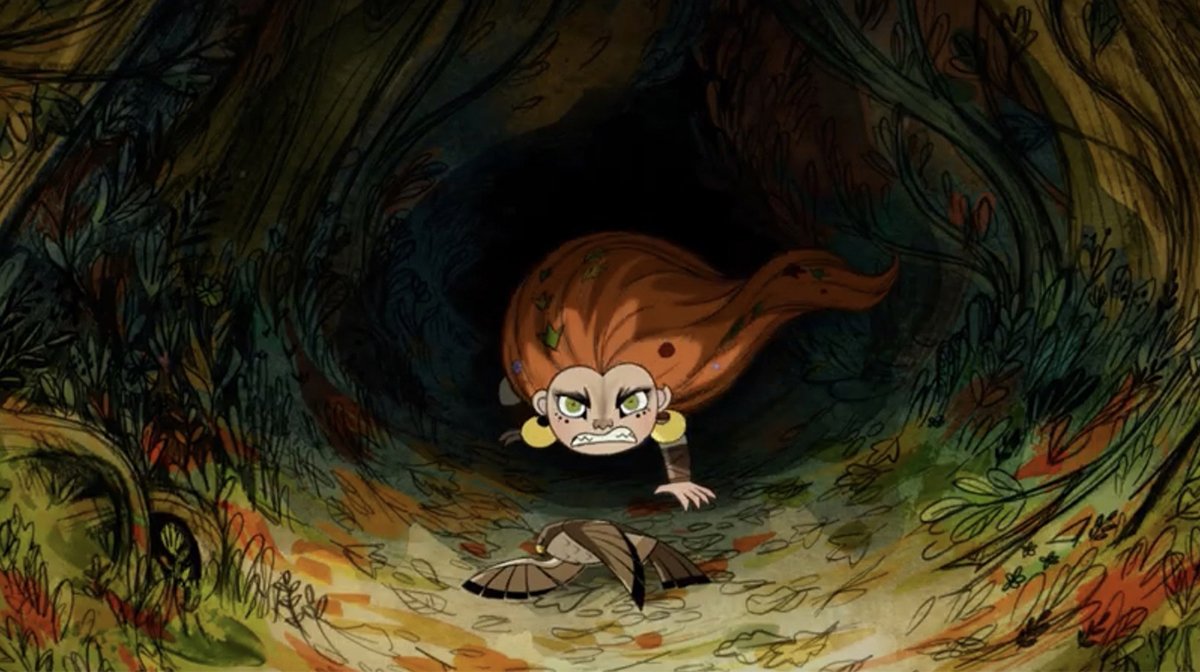 Here, we’d let different departments be more creative – like the ink and paint team, who are normally responsible for filling in the colour on the designs, but we gave them a chance to be creative with how things would flow from scene to scene.

It was a lot better than just giving these animators blueprints that they had to copy like robots.

Ross: The wolf vision scenes were really brought to life through collaboration with the director Eimhin McNamara. We knew they had to feel like a rollercoaster ride for the audience, but Eimhin came up with the style so much.

Directing those scenes was like a collaboration between the three of us. 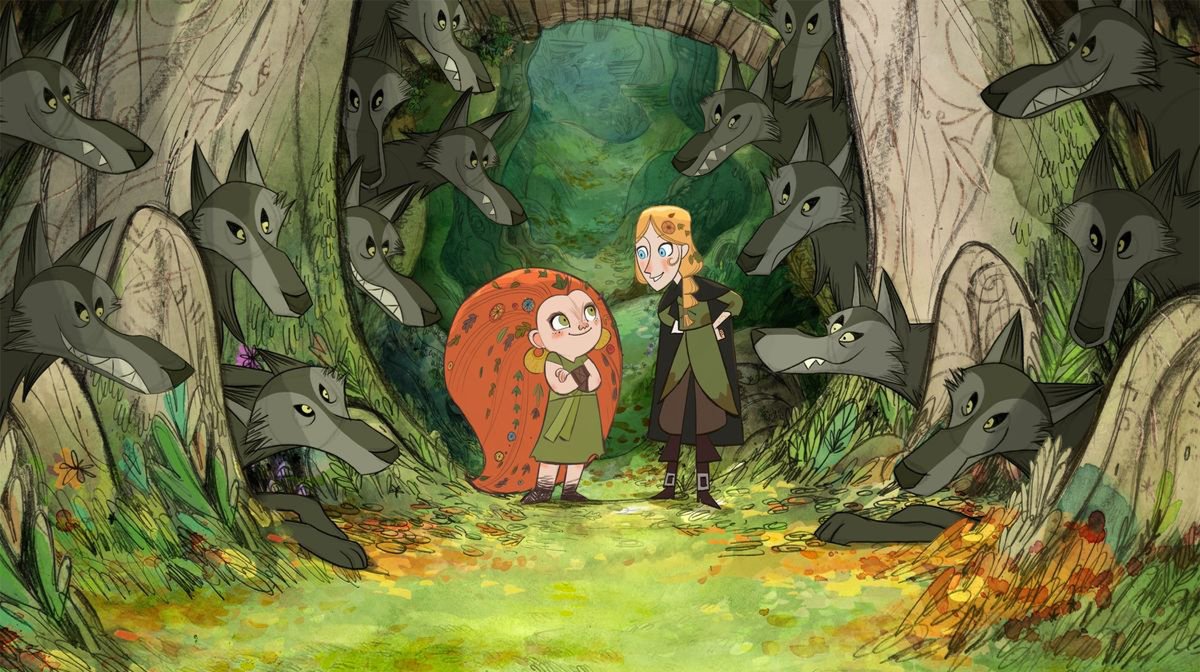 Zavvi: Was it a challenge finding the right voice cast?

Tomm: The mad thing with casting young actors is that some of them might have not even been born when you had the film idea.

Eva Whittaker (Mebh) would have been one years old when we started writing it, and she was eight when we recorded her dialogue. 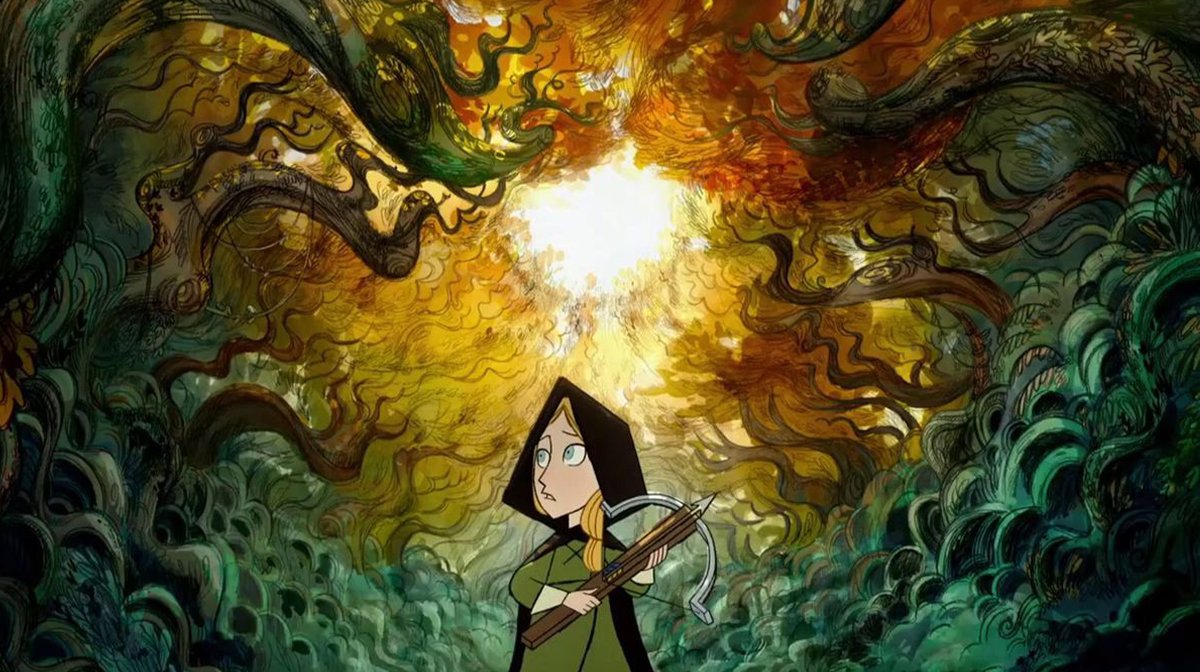 I’ve had a 20 year career of being blessed that some child was being born just as I was having an idea, and that they’d be the right age when I needed them to do a voice!

Ross: And it’s hard too, as a year later when you need the actor to come back and do some extra lines, their voice could have completely changed.

Tomm: With the girls on this it was so much easier than on Song Of The Sea. We got David Rawle back to do a voice for the trailer, and he just sounded completely different from 11 to 12. 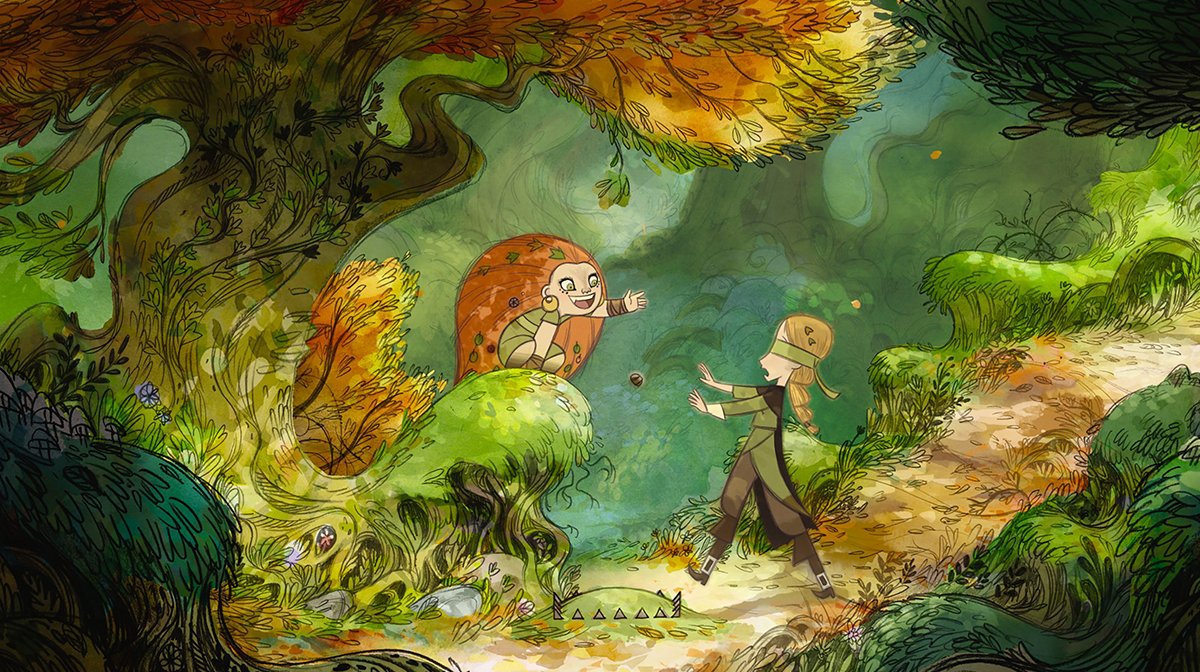 Zavvi: Tomm, I seem to remember you saying around the time of Song Of The Sea you were working on a project inspired by Batman: The Animated Series. Did that feed into Wolfwalkers?

Tomm: Yeah, early on in the production me and Ross had a folder full of Batman art, and I realised that this series I loved as a kid had drawn a lot of visual influence from 1920’s German expressionism and film noir.

And you can see that inside in the castle, when Robyn’s coming in to rescue the mother wolf, we play with the shadows in a way that’s like what the Batman series would do – like Bruce Wayne walking along, but the shadow would be Batman’s shadow.

As a kid, Batman: The Animated Series was one of the big influences for me. I loved comics, and seeing that show I realised that animation could do things for a different audience – it didn’t have to be cute, it could be dramatic. 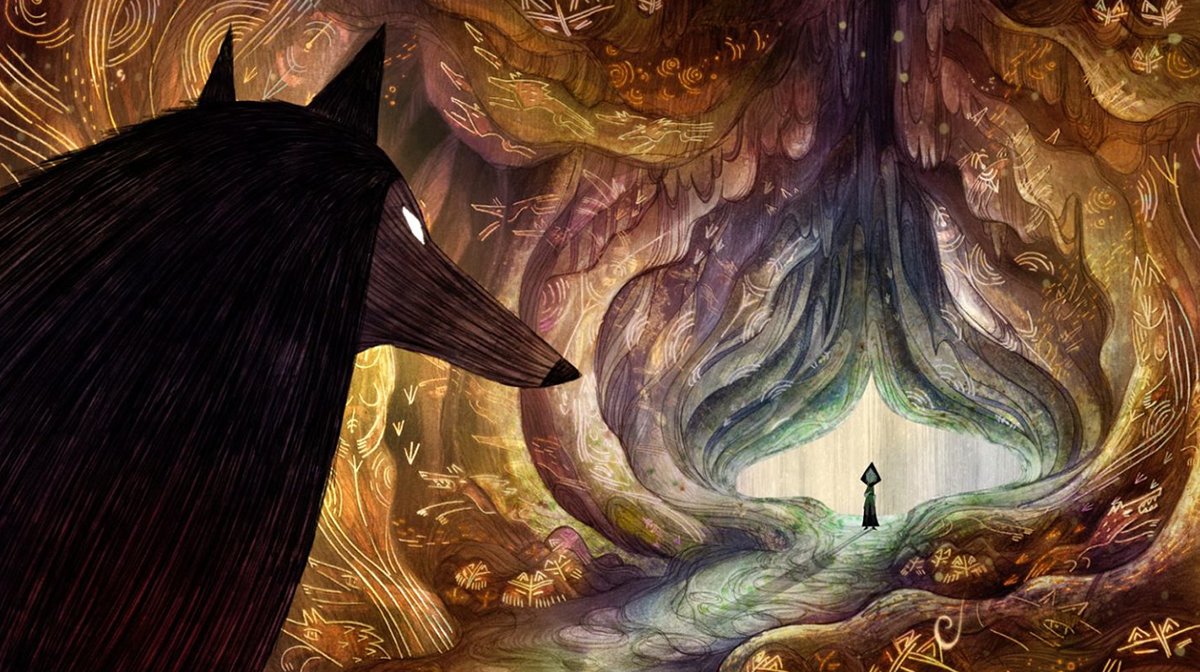 Zavvi: What are you both working on next?

Ross: I’m going back to painting for a year, and might do a short kids book. I’d be curious to direct something by myself, I’ve done short films here and there, but feature films are a complete different ballgame. It might be a complete flop!

Tomm: My next step with the studio is seeing my colleagues from the past 20 years becoming directors. I’m happy to take a back seat and shepherd them along for a while.

Wolfwalkers will be out in cinemas from 30th October. It will then be released on Apple TV on 11th December.