A unique period drama that also blends in western and folk horror elements, the film stars Maxine Peake as a woman trapped in an oppressive marriage to husband John (Charles Dance), discovering a world of possibilities when two strangers (Freddie Fox and Tanya Reynolds) arrive on their farm.

Zavvi spoke to Clay, who wrote, directed, edited and even composed the score for the movie, to chat about all things Fanny Lye Deliver’d, from the cast, to the challenging shoot, and much more.

Zavvi: The movie is really quite different to anything we have seen before. Where did the idea of Fanny Lye Deliver’d come from?

Thomas: When I was young I read this book by Christopher Hill, The World Turned Upside Down, which looks at the history of radical movements in the 17th century. I fell in love with it, it was a period of history I never learnt about in school.

So for a long time I have wanted to make a film about that period in some way, but wasn’t sure how to do it. Then I had the idea of combining that with a western, something I have also wanted to do for a long time, then it all flowed from there. 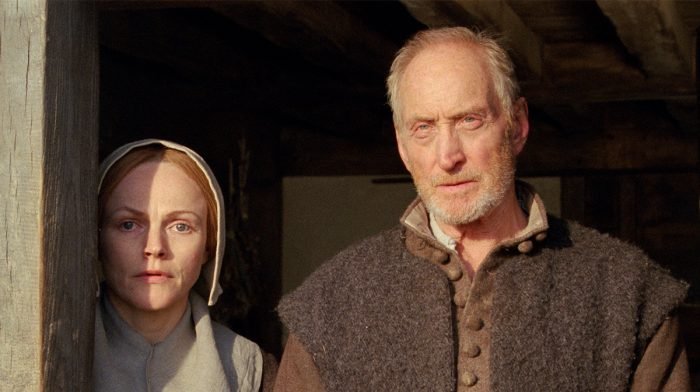 Zavvi: You looked a lot to westerns for inspiration?

Thomas: Yeah, Ride In The Whirlwind, written by Jack Nicholson, was one. The idea you can have a small location and cast, and make it really dramatic.

And Once Upon A Time In The West. Although that is a film on a big budget and scale, actually two thirds of it takes place around this farm they built. So I thought, if we can control and build one location, it could be interesting. 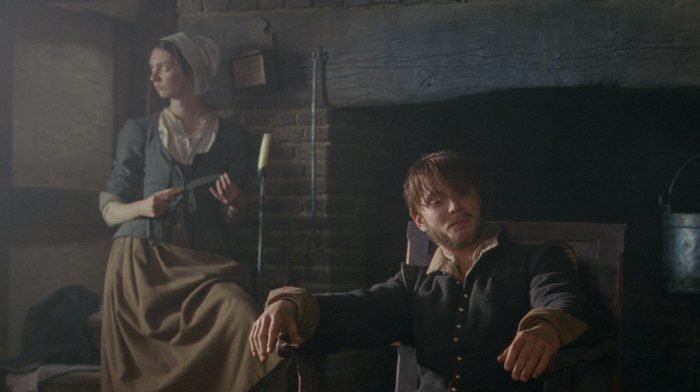 Zavvi: And you built the actual farm, using traditional methods too. It looks great!

Thomas: So I had an idea of what it would look like, and where it would be in location to trees etc. We went scouting for locations, somewhere to build it and found this place in Shropshire.

We decided it made more sense to build it in a traditional way, using craftsmen etc, especially since so much of this film is spent in this house. Wanted to get that realism, and that’s best achieved by doing it for real. 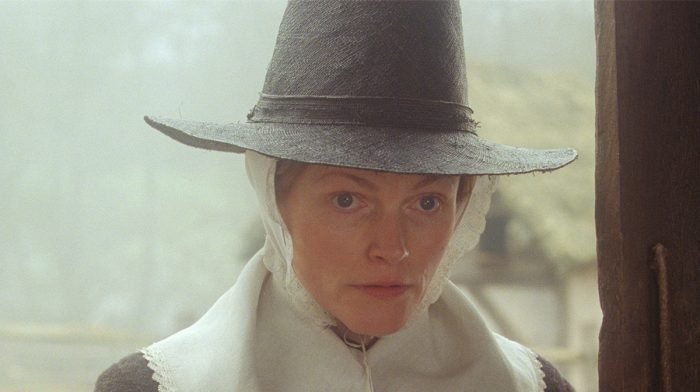 Zavvi: Talking about realism, you also shot it on 35mm film?

Thomas: Since my first movie I have always used film, and I have never felt the desire to do anything else. When it comes to skin tones, and the quality of the grain, you can’t get that with digital.

Zavvi: You researched this movie for two years, whilst writing the script. For the research, what did your turn to?

Thomas: Firstly I read history books, and then I looked at sources from the time. It was a really exciting moment in English history where the portable printing press had just been invented, so you had this explosion of ideas. There’s hundreds of pamphlets! I also had historians as advisors on the script. 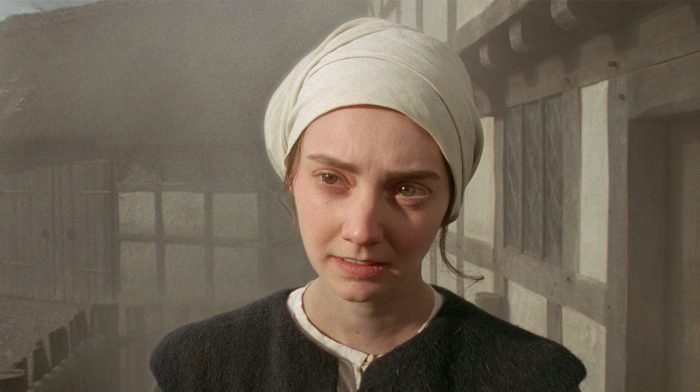 Zavvi: Maxine Peake is fantastic. All of the cast are great, but it is her show really. Did you always want Peake for the role of Fanny?

Thomas: I was hoping so. Maxine came on before everyone else, about a year before we shot the movie. She loves that period of history as well!

Zavvi: And how did Charles Dance come on board?

Thomas: It was actually through actor Dominic West! I was at a festival with him, and his agent suggested Dominic look at the script. But Dominic was busy, and his agent mentioned he represented Charles too, so I said what about Charles, and yeah. It went from there. 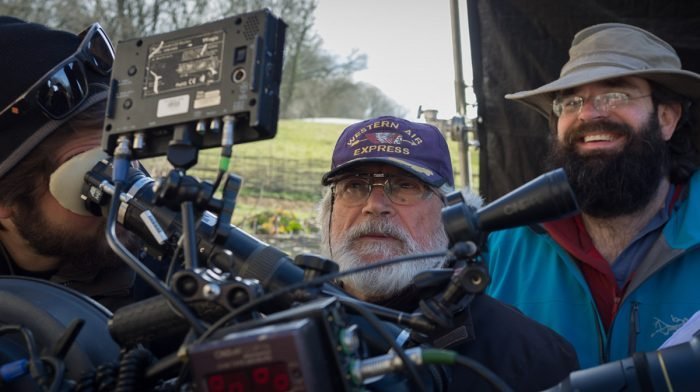 Zavvi: Tanya Reynolds also stands out. She was recently great in Emma and Sex Education, but this was her first professional on camera experience. Why did you think she would be perfect for the role?

Thomas: We weren’t sure who to cast, so we were doing a lot of auditions. She sent in a tape, and it was kind of amazing.

Normally in tapes actors just read the lines and try to perform, but you got the sense Tanya really understood the character. It really stood out. She then came in and it was immediately apparent she was right for the role.

Zavvi: She is great, and her career really has taken off!

Thomas: Yeah. She is really dedicated to her craft, takes it very seriously, and I’m sure that’s why she is doing so well. 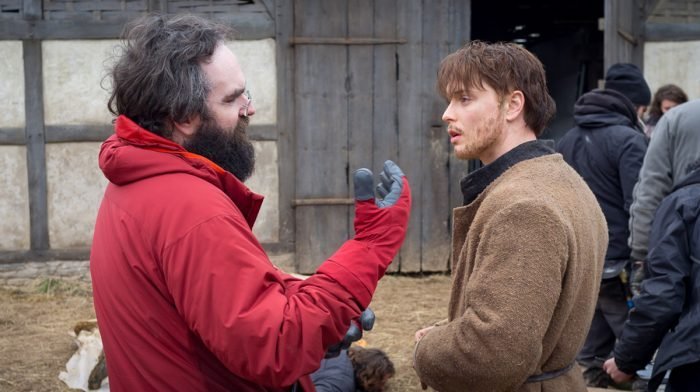 Zavvi: I’m sure we will see plenty more from her in the future! It sounds like it was a hard shoot due to the weather, with storms, flooding etc. What was the most challenging part?

Thomas: The trickiest thing to film was the smoke, the mist. Originally the idea was the family would feel trapped by smoke, create a sense of isolation. But coming from that idea, partly due to cost, I was trying to find an alternative way of achieving this feeling.

Our special effects team came in with these smoke machines, and it was perfect, the whole field filled with mist. So we committed to this look.

But we quickly learned the machines were susceptible to the wind, so when the direction of the wind changed we had to stop, so they could run around and move the machines. It became a bit of a nightmare! 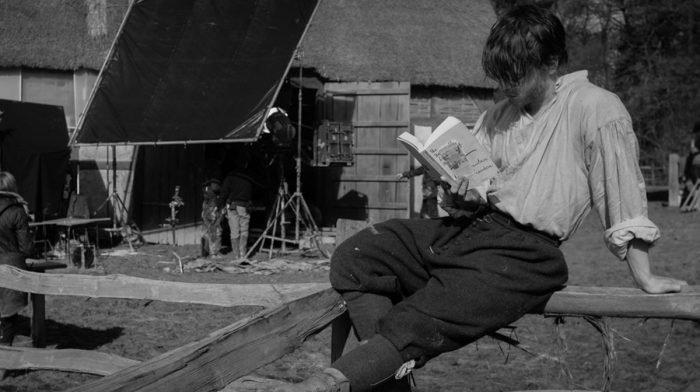 Zavvi: I understand your producer (Joseph Lang) passed away two years into the project, and there is a touching tribute to him at the end. It must have been difficult for you to continue working on the film?

Thomas: After it happened I felt that we had to keep going, it became even more important this film would be finished.

This was our last movie together, and Joe’s last credit. Fortunately Rob Cannan had worked with Joe before, he felt the same thing, stepped up and helped. We didn’t want to let it fall by the wayside. 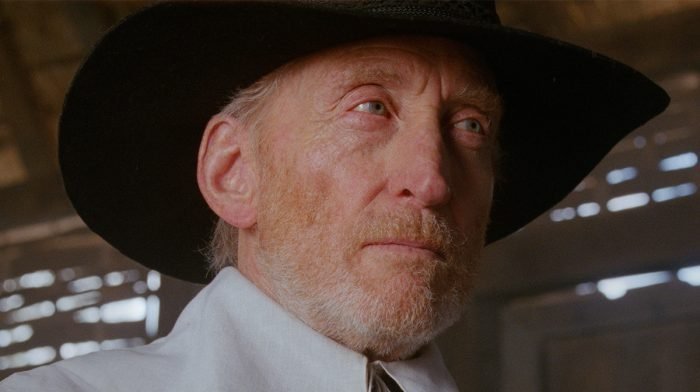 Zavvi: So you wrote, directed, edited and composed the score. I understand you did search for composers, so why did you decide to take it on yourself?

Thomas: It was a very long search, and during that I was thinking more about what I wanted the music to be like. And I actually studied music at university, so I started playing around with it.

We did eventually find someone to write the score, but the ideas had come to form in my head. I started to think, maybe I should try.

I hadn’t written music for 15 years, but wrote some cues and showed it to some people and we thought, lets give it a go! It did take me longer to do it, but we got there in the end and it was a great experience. 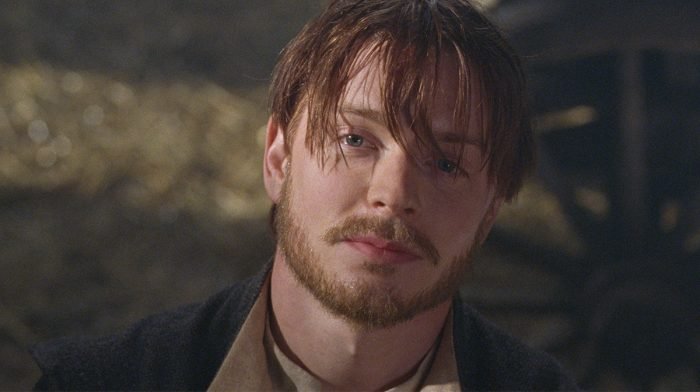 Zavvi: And was it difficult juggling so many roles?

Thomas: It just slowed everything down. The film was shot in 2016, it took me a year and a half to write the music, and then I had to edit. Normally you have all these things happening at once!

Zavvi: So as you mentioned there, it has taken a few years for it to reach the screen. Are you excited for audiences to finally see it?

Thomas: Yes I am. Will be interesting to see the reaction. 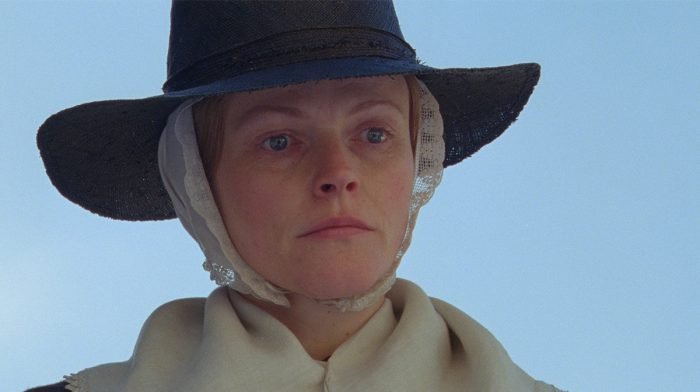 Thomas: We will have to see what happens. There are possible projects, but everything is up in the air with the pandemic.

Fanny Lye Deliver’d is released on digital 26th June. The official soundtrack album is out now on CD and digital formats.