Ever dreamed of blasting through the forests of Endor on your speeder bike? Maybe even swopping down in on the Battle of Hoth right from the cockpit of your X-Wing? Or how about running the trenches on the Death Star to stop the impending Rebel threat? If the answer to all of these questions is YES (which of course it is) then these Propel RC Star Wars Drones are your next must-have big-kids toy! 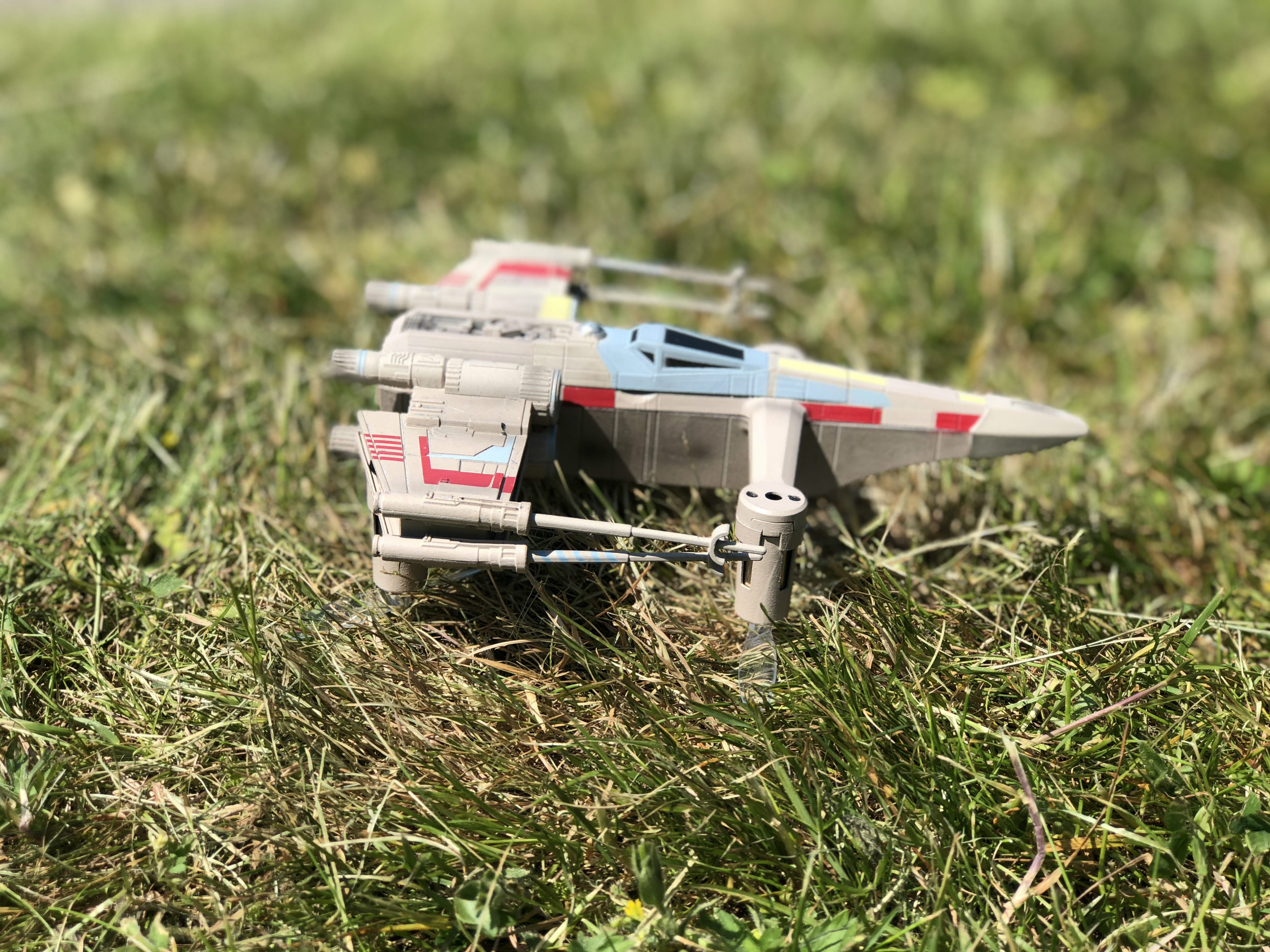 Propel RC Star Wars Drones: Out of the Box

Right, let’s talk about the box first. The box itself feels very prestige with its sleek silver design and embossed fighter logo. Remove the seals (perfectionists out there can just lift the edges slightly) and the box lid can be removed to the tune of the Star Wars Main Title Theme or various other Star Wars sounds, with the drone display lighting up to truly showcase the powerful little quadcopter. These things are incredibly lightweight and make for great gifts for big-kids looking to relive those classic Star Wars scenes. We will admit we actually just stared at them in the box for a while before even thinking about unboxing them … they’re just that stunning as collectable display pieces! 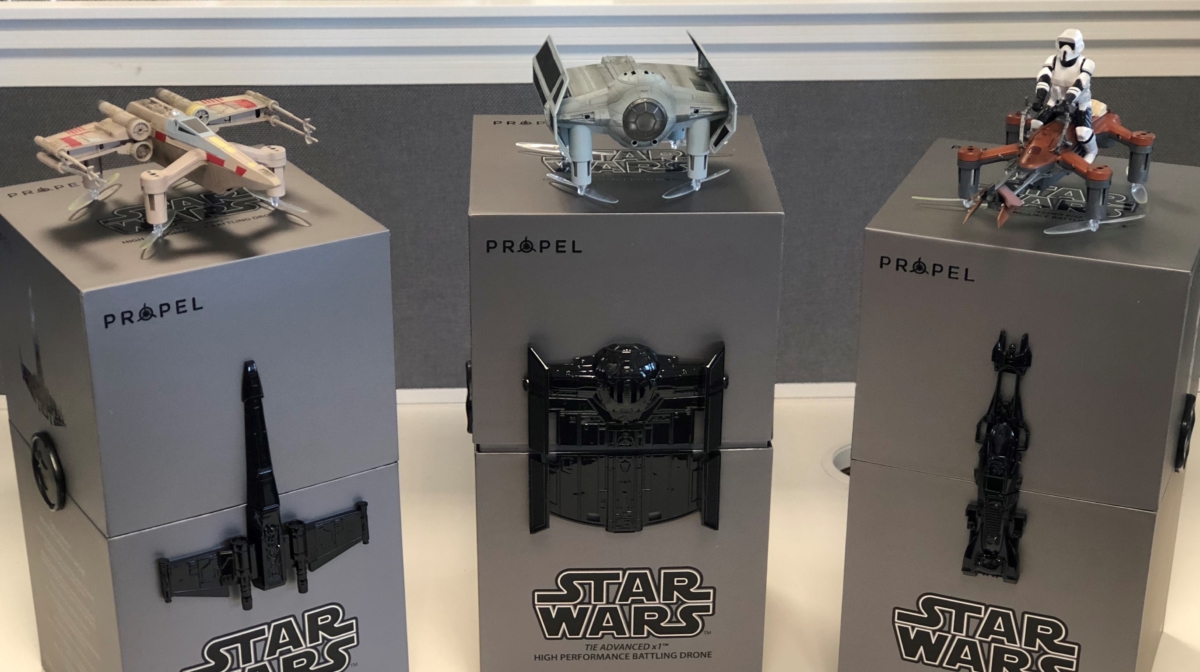 The accompanying app (IOS and Android compatible) is great for helping you to learn the basics, with the handy foldaway stand on the controller to rest your smartphone on. This also means you can play games and track your scores in Battle Mode right before your eyes. While you’re getting to grips with the drone you can also slot on special protective cages to prevent any damage to the rotary blades, making this great for new star fighter pilots who don’t want to make a bigger mess than the Boonta Eve podrace. Preparing to speed off through the forests of Endor

Setting up the drones did take a little bit of time and effort, however our gung-ho attitude to start flying out of the box without reading the instructions definitely hindered this. Once out and about the drones take a while to get used to flying but once you’ve got the hang of it the controls are fairly intuitive and very easy to use. The accompanying app is great for helping you get to grips with the basics before you get ready to take on your foes in the Battle Mode. Now this is where things get interesting – You can pit your drone against another and perform aerial dogfights with laser shows and aerial tricks! Swoop, dip, dive and dodge your way out of your opponents attacks before operating the trick mode to perfectly flip out of danger and into your next attack. 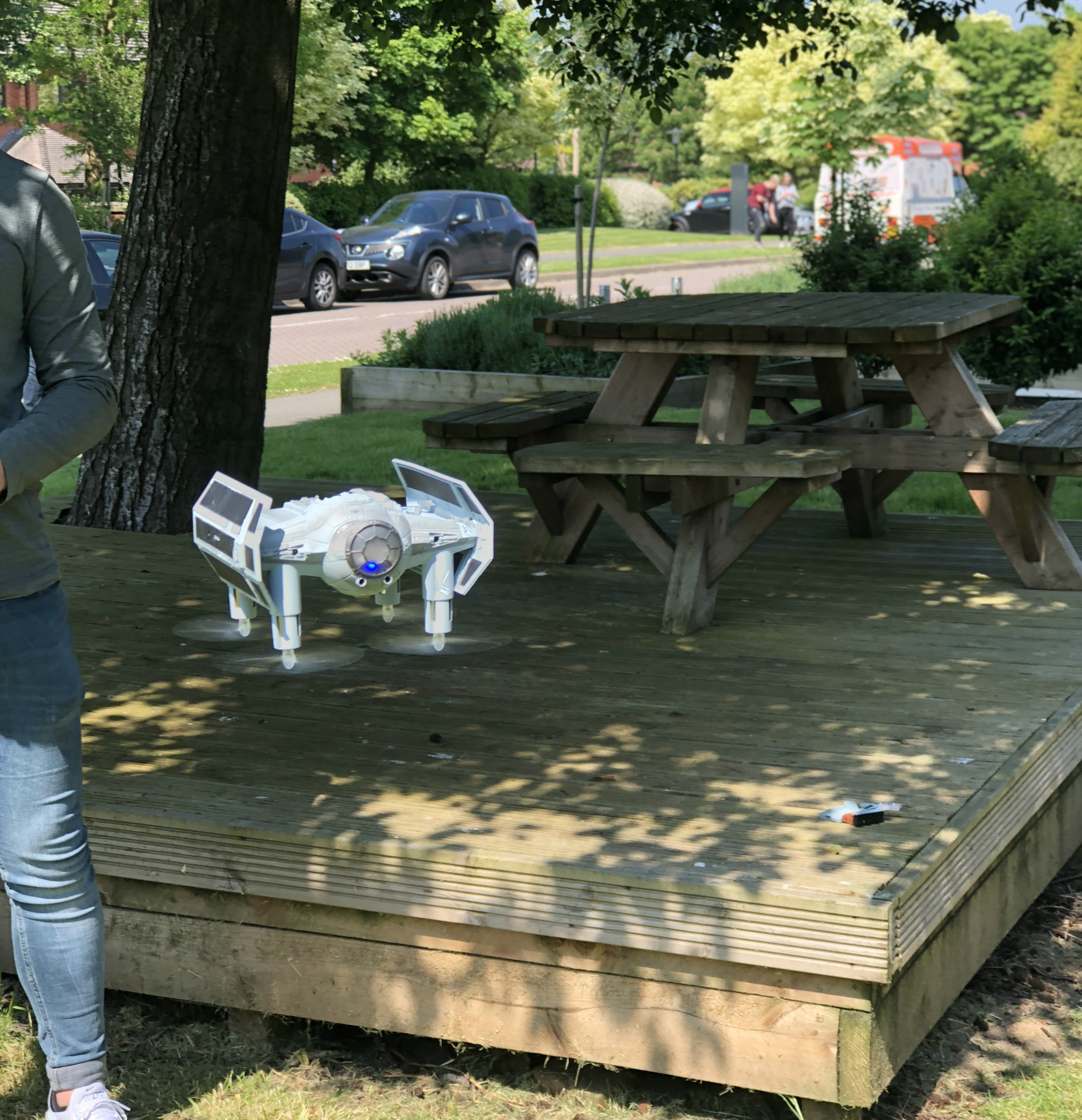 Team Zavvi’s resident fighter pilot is the best in the galaxy!

These are pure and simple fun, that’s the be all and end all of it. We could have played with these for hours on end, alas, other duties called us back to our office desks and out of the sunshine. These drones make great display pieces and make even better gifts for those Star Wars mad fans looking to live the action and adventure of the movies. If they’re one with the Force, then these drones are the ONE for them!

Like the look of this? Don’t forget to check out all of our Star Wars gifts, toys, merch and more here!