Scooby-Doo turned 50 last year. The permanently terrified Great Dane and his gang of mystery-solving buddies have barely been off our television and movie screens over the last five decades.

From the original animated series, to its regular TV reboots, and formidable arsenal of direct-to-DVD movies – don’t tell me you haven’t seen 2016’s mega hit Scooby-Doo! And WWE: Curse Of The Speed Demon – Scooby is a juggernaut.

And now he’s back for a new feature-length studio movie this week with Scoob!, which is heading to VOD platforms in the UK after the current global health pandemic scuppered its big screen plans. 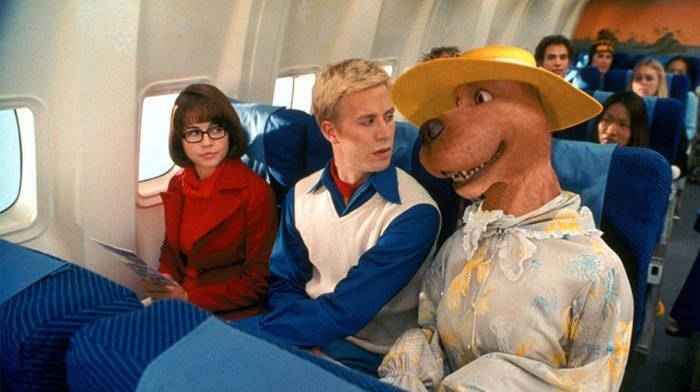 But there’s one facet of the extended Scooby world that deserves considerably more praise – 2002’s live-action outing Scooby-Doo, known in some territories as Scooby-Doo: The Movie.

Written by a pre-Marvel James Gunn and directed by Raja Gosnell, who has brought the world such solid gold cinematic wonders like Big Momma’s House, Home Alone 3 and Beverly Hills Chihuahua, the film currently sits at a pretty dismal 30% approval score on Rotten Tomatoes.

Empire called it “shoddy”, Rolling Stone urged audiences to “get out your pooper-scoopers” and the late, great Roger Ebert wrote that the film “exists in a closed universe, and the rest of us are aliens”.

Less Scooby-Doo and more Scooby-Doo-Doo then, according to the critics. But they were wrong. So very wrong. Scooby-Doo is the perfect depiction of these characters on the big screen. 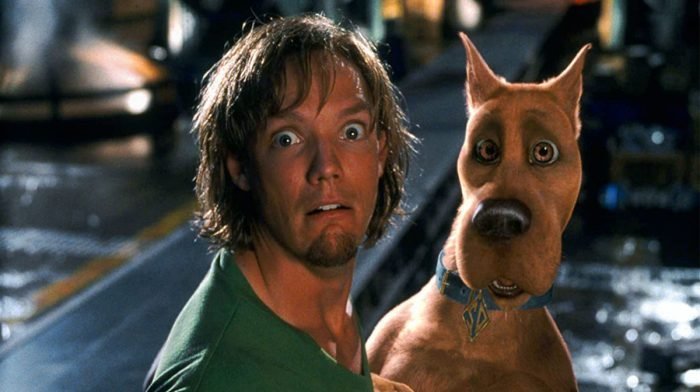 The first nail the film hits squarely on the head is the casting. Matthew Lillard was seemingly born to play Shaggy, while the teen idol fame of Freddie Prinze Jr. in movies like She’s All That and I Know What You Did Last Summer made him perfect to play pampered, macho hero Fred.

Linda Cardellini almost steals the entire movie with her dry, acerbic Velma and Sarah Michelle Gellar’s experience as a supernatural arse-kicker in Buffy The Vampire Slayer laid the table for her performance as this film’s considerably more capable Daphne.

Gosnell’s movie begins in medias res, with the gang fighting off a levitating spook. Daphne is in need of rescue, Velma has concocted an elaborate plan, Scooby and Shaggy run around screaming, and Fred swoops in to take credit when everything comes good in the end, with the man in the mask revealed as a creepy old janitor.

It’s every inch a traditional Scooby story, but one that reveals the fissures within Mystery Inc. Velma wants more credit for her talent, Daphne is bored of being seen as a mere damsel in distress, and Fred feels very threatened by the fact the women around him suddenly want to be treated like humans. The group splits, with only Shaggy and Scooby staying together. 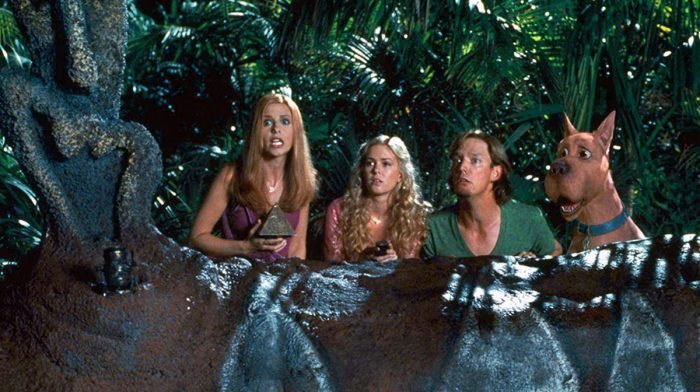 In the intervening time, Fred has launched a lucrative speaking career off the back of his mystery-solving fame, showcasing the breath-taking privilege of famous white men.

Without the same shortcuts available to them, Velma has been working with NASA, and Daphne has become a highly-trained martial artist. Scooby and Shaggy have, predictably, spent the time eating ridiculously huge sandwiches. 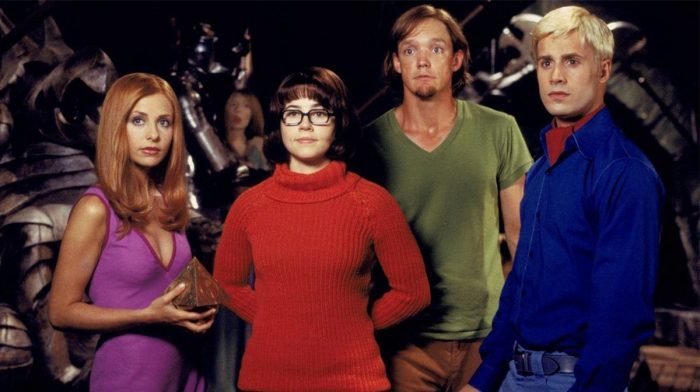 On the face of it, most of the gang has changed. Smartly, however, the film shows them still wearing their trademark coloured outfits – obviously clinging to their past.

The high jinks that follow are brilliant precisely because they exist entirely within the existing framework of what Scooby-Doo should be.

It’s effectively a cartoon in live-action form, retaining the ridiculousness and the slapstick sense of fun of the classic animated show – there’s a two-minute farting competition – while tweaking the characters into more rounded, interesting people. 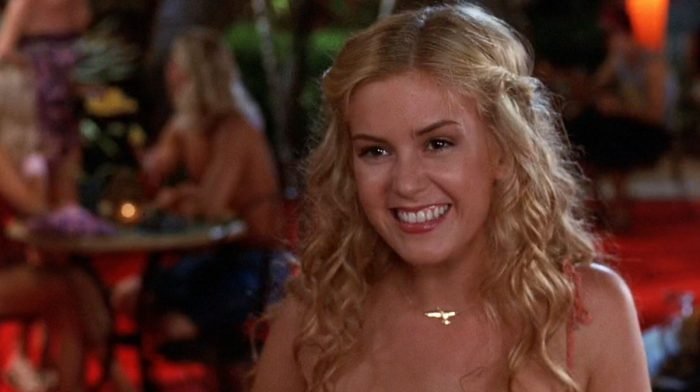 By the time the Mystery Inc. gang is victorious and faces the press again at the end, Daphne’s fighting ability has saved the day, and Fred allows Velma to take up the spotlight and bask in the flashbulbs.

Scooby-Doo is a film in which characters previously held in archetypal stasis by the demands of an animated series are allowed to grow, shift and become people who are mostly the same characters we know, but crucially different and more human.

They’ve faced a very real supernatural threat this time rather than a disgruntled janitor in a funny suit – just as in the excellent and genuinely terrifying 1998 direct-to-video adventure Scooby-Doo On Zombie Island – and come out unscathed. 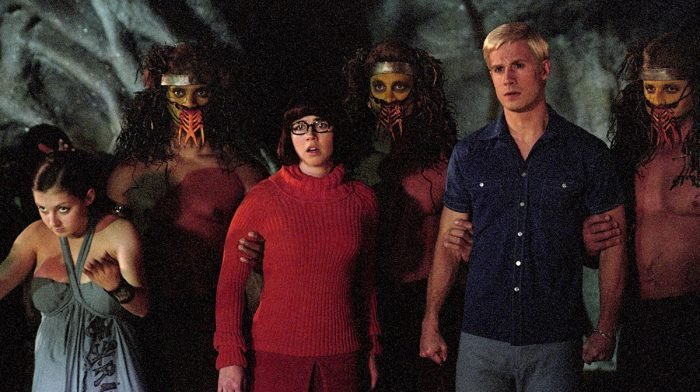 This was the perfect movie to give Scooby-Doo a new lease of life, with surprisingly decent CGI for the early noughties – we’re a long way from turning The Rock into a pixelated splodge in The Mummy Returns – and a killer soundtrack that now feels like a time capsule.

The film created a whole new younger audience for the character, who would subsequently be served by the revamped animated series What’s New Scooby-Doo?, and it also provided enough slacker comedy nods – Shaggy’s love interest is unsubtly called Mary Jane – to ensure that this was a take on Scooby suitable for Generation X.

Almost 20 years after it first graced cinema screens, the film has lost none of its charm or self-referential flair, with Gunn’s witty script a clear forerunner of what he would go on to achieve with Guardians Of The Galaxy. 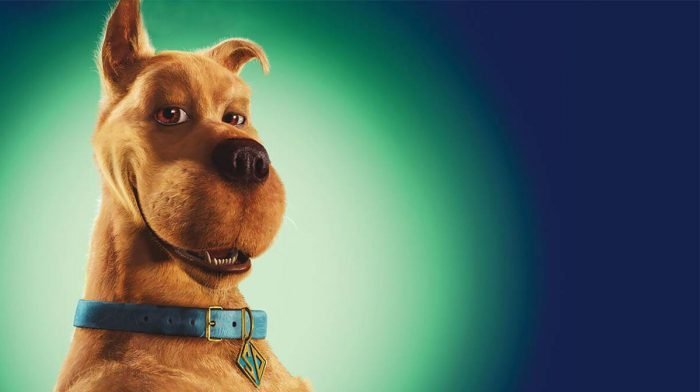 If you wrote the Scooby-Doo movie off on release and haven’t revisited it since, it’s well worth taking another trip to Spooky Island.

Scoob will be available on digital 10th July.