Studio Ghibli has become best known for their childlike whimsy and remarkable world-building. Their more popular works, Spirited Away and My Neighbor Totoro whisk the viewer away to whole new realms, rife with creatures and locales that defy the most powerful imagination and froth with curiosity.

Yet one of their greatest accomplishments, an understated film called Kiki’s Delivery Service, offers a tonic to this. Rather than injecting human experience into a world of magic, director Hayao Miyazaki chooses to change up the running order, using magic as a device to tell one of the production company’s most human stories.

30 years on from its debut in the West, and while 2020 is doing all of *gestures wildly* this, the film’s themes of burnout and self-care couldn’t be more relevant. 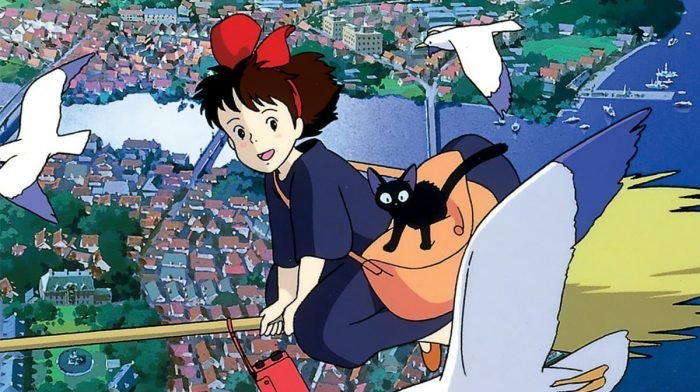 The film follows Kiki, a 13-year-old witch who leaves home for the first time to undergo a traditional year of training, finding herself in an idyllic seaside town, taken in by the kind Osono to run a flying delivery service from her bakery.

It’s a simple premise that is elevated by its characters and setting – the ever-optimistic Kiki and her slightly grumpy feline companion Jiji are right at home in the gorgeous harbour town, even if they’re met with apprehension when they first arrive.

At first glance, Kiki’s Delivery Service is a simple look at the adventures of a selfless witch helping the people of the town she looks to call home.

But the difference in this film is its realistic look at what happens when you turn what you love into a job. Because Kiki crashes. And she crashes hard. 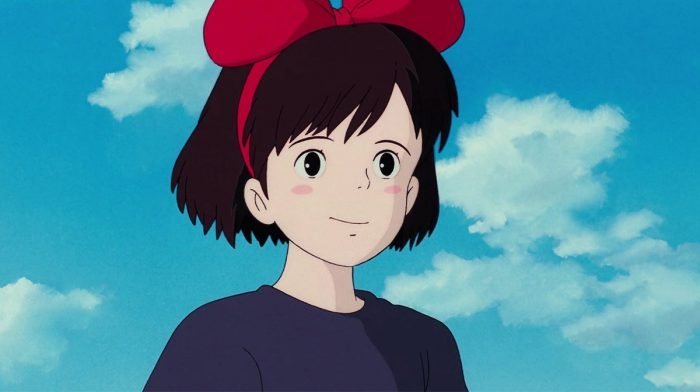 During a seemingly regular delivery, Kiki helps two kind old women finish baking a pie, and in doing so makes herself late to meet her friend Tombo.

Her selflessness doesn’t let her leave the old women unaided, and allows her work to creep in front of her personal life in priority.

It certainly doesn’t help that Kiki is still only 13, new to the area, and has only recently adopted her first real responsibilities. It’s too much, too fast. 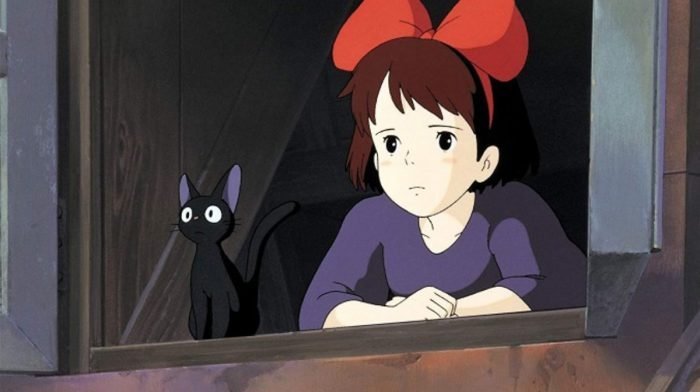 The film uses Kiki’s magical abilities as a literal manifestation of her deteriorating mental state.

What she used to love becomes a chore through a series of unfortunate events; her business doesn’t boom like she hopes it would have done, it often goes without thanks when she does get a delivery, and she has to put her personal life on hold to see it through.

As a result, she loses her ability to fly and communicate with Jiji, meaning she couldn’t perform any deliveries even if she wanted to. 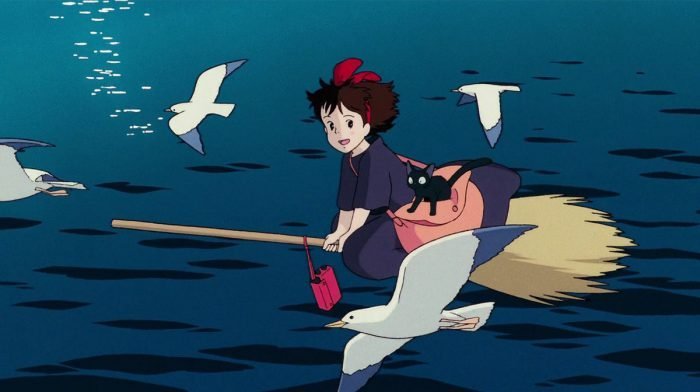 Studio Ghibli’s back catalogue may well be packed with happy endings and charming storylines, but Kiki’s Delivery Service instead uses its core themes to analyse the sustainability of happiness. The film treats contentment not as an end-goal, but as a fleeting emotion.

Kiki’s emotional flippancy is reflective of this, her outbursts of delight relieving all tension and allowing for a heartwarming circuit-breaker amidst her struggles adjusting to a new life.

The reflection of Jiji’s pessimism against Kiki’s optimism also goes to prove Miyazaki’s intentions with representing mental health in the film; hard times can befall anyone, even those who seem to have it all figured out on the surface can lose their footing from time to time. 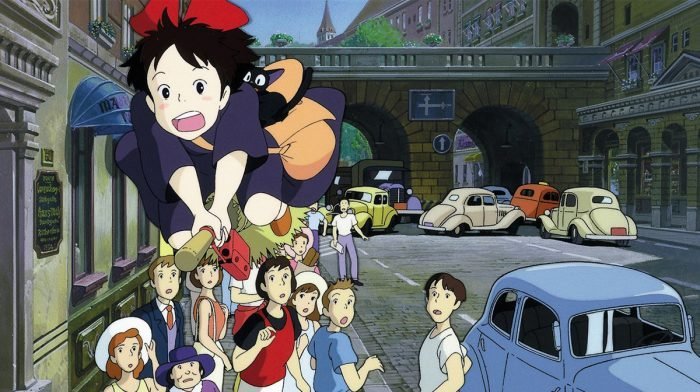 Miyazaki’s simple storytelling allows us to focus on what Kiki’s Delivery Service is all about; simply being burned out on what you love, and the need to take of yourself when that time comes.

Kiki is a character who doesn’t deserve to be so hard on herself, but her dedication to her friends and clients puts her health and happiness on the line.

The connection that the film creates between the audience and the chirpy witch garners a pity for her, and instinctively prompts viewers to look inside themselves, so they can identify where in their life they work too hard, and where they need to take a break.

The film refutes the idea that “if you love what you do, you’ll never work a day in your life”, and shows that even those who are lucky enough to adore their day-to-day, it’s still hard work to pour everything into your job. 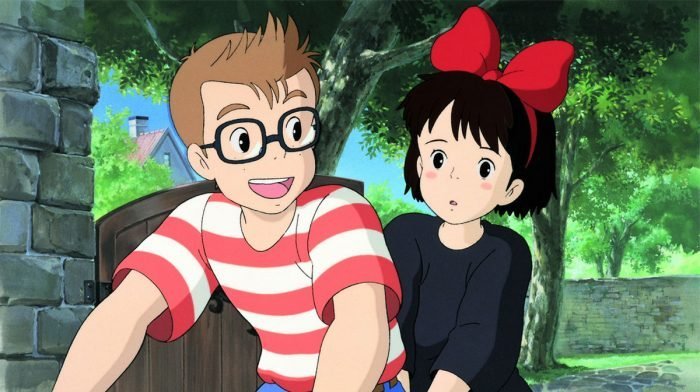 It takes the kindness of her friends and some new experiences to get Kiki out of her funk (just in time to save Tombo’s life from a crashing airship, no less) and Kiki’s Delivery Service ends with a smile.

It might appear to be a simple and sweet film, but it tells a bigger story. It’s a film about resilience, about not taking the people you love for granted, and for allowing yourself to take a break when you need to.

Mental health education and management has come a long way since the film’s release, but Miyazaki’s love letter to self-care strips the theme back to its core ideas to present a universal story. 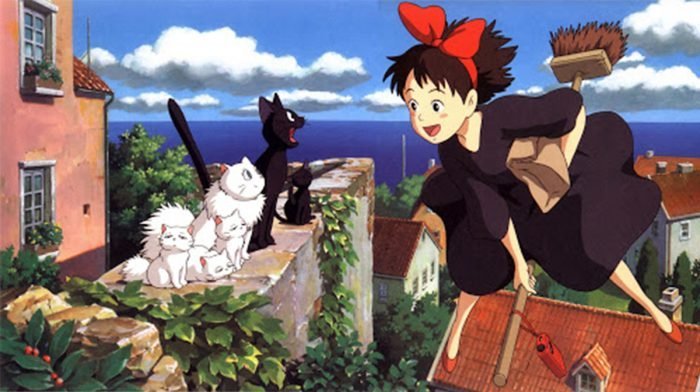 Everyone has experienced burnout, and Kiki is a reflection of the selfless, caring perfectionist in all of us.

Kiki’s Delivery Service has never been more relevant in its messaging, and serves as a perfect reminder in the whirlwind of a year that we’ve had that it’s okay to take some time for yourself.

It may not be one of their most extravagant works, but Kiki’s Delivery Service is certainly one of Studio Ghibli’s most heartfelt, and in my opinion, one of their very best.