For anyone who’s ever asked “what’s your favorite scary movie”, chances are you’re a big fan of the Scream films.

In 1996, Wes Craven’s acclaimed horror legacy took a ‘stab’ in the dark and reinvented the slasher genre with a meta take on masked killers.

Since then, the Scream franchise has spawned four movies, two television shows, and made Ghostface one of the most iconic killers of all time. 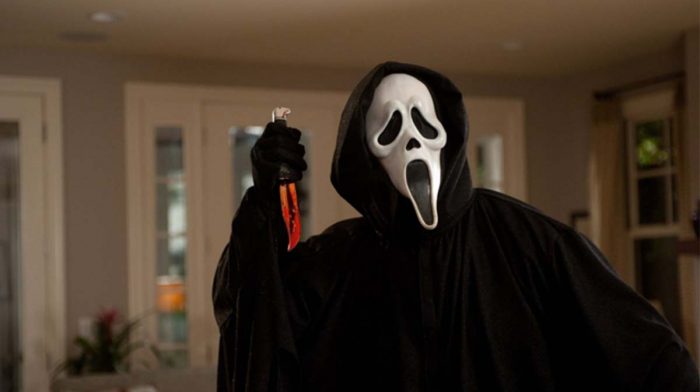 While the series has faltered in recent years, Paramount Pictures is picking up the phone once again and dialing M for murder with Scream 5.

As we prepare for a whole new generation of attractive twenty-somethings to be sliced and diced, here’s why 2021 is the perfect time to resurrect Scream. 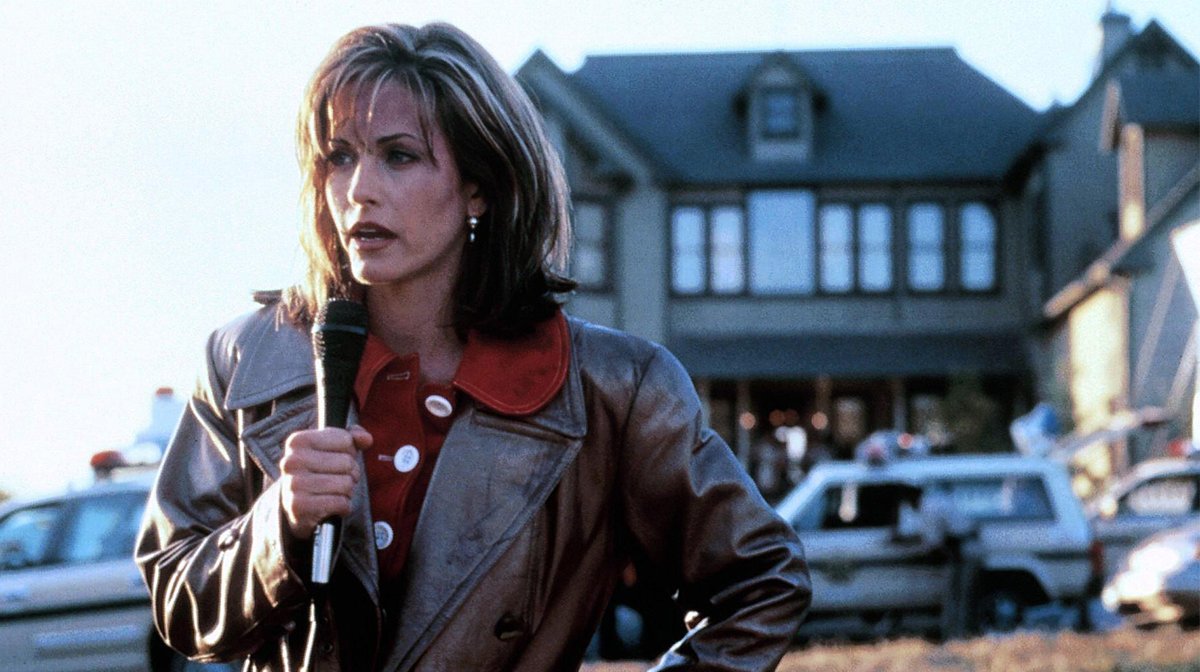 Even though a new cast of characters are expected to make their mark in Scream 5, the holy trio of Neve Campbell, Courteney Cox, and David Arquette will all reprise their roles.

It’s a smart move to make, because let’s be honest, it just wouldn’t be Scream without them.

You only have to look at the success of 2018’s Halloween reboot bringing back Jamie Lee Curtis as Laurie Strode, and also setting up Andi Matichak’s Allyson as the next final girl to see how two eras can come together. 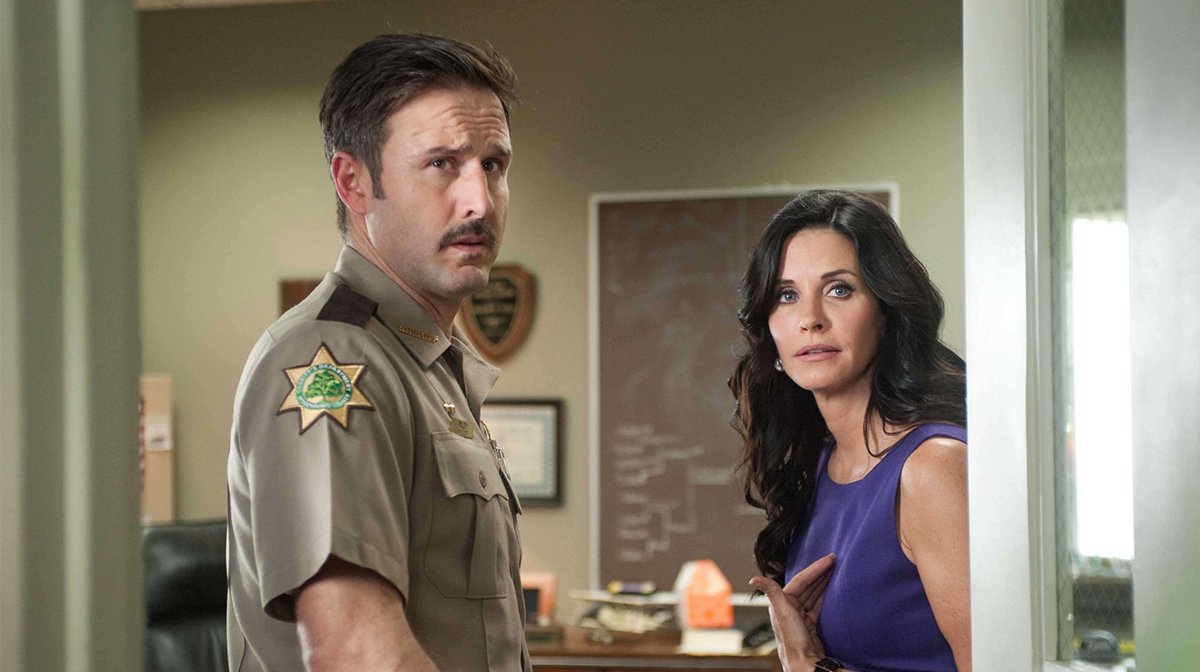 Still, it’s important to remember we’ve been here before, and the results were mixed to say the least.

Despite Scream 4’s hyped arrival back in 2011, the 11-year hiatus between Scream 3 and Craven’s next chapter faltered at the box office and left the series languishing in development hell.

Similar to how Scream 5 directors Matt Bettinelli-Olpin and Tyler Gillett have promised the old crowd will usher in a new era with some “fresh meat”, Scream 4 was supposed to do this with a young cast alongside the old guard.

Unfortunately, there was the bizarre decision to kill them all off. 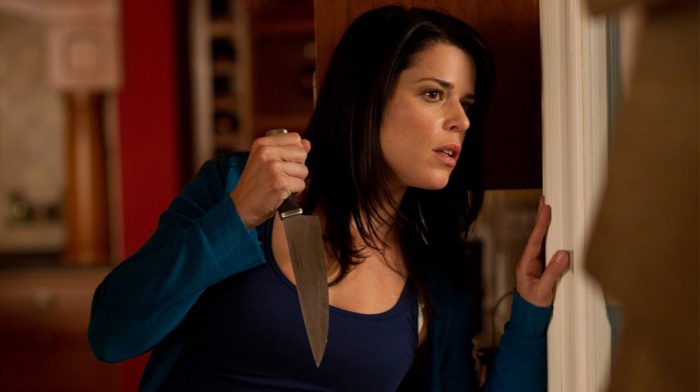 Emma Roberts’ Jill was tipped to be the new Sidney Prescott until she was exposed as being Ghostface herself.

Elsewhere, Hayden Panettiere’s Kirby stole the show and became a fan-favourite, only to fall at the final hurdle in a faithful homage to Drew Barrymore’s opening in Scream.

In the end, it was the original three and Marley Shelton’s Deputy Judy Hicks who made it out of the last Woodsboro massacre. 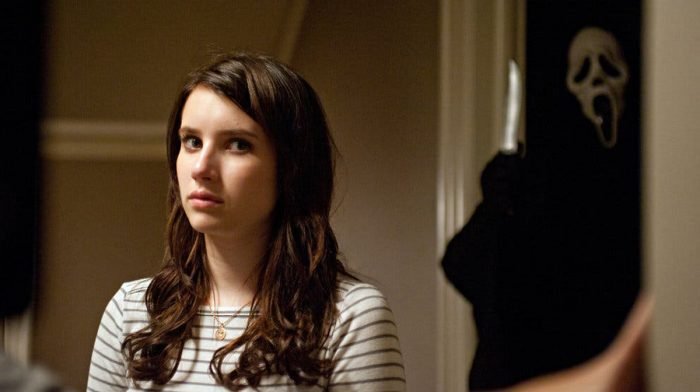 The tried-and-tested trope of multiple killers has become a mainstay in every entry apart from Scream 3 (more on that in a moment).

The whole mantra of Scream is to expect the unexpected, which should be an even bigger challenge since it’s already thrown so many twists and turns our way.

If terms of upping the shock value, the only plausible way for Scream 5 to go would be killing off one of the main three – here’s hoping it isn’t Gale Weathers. 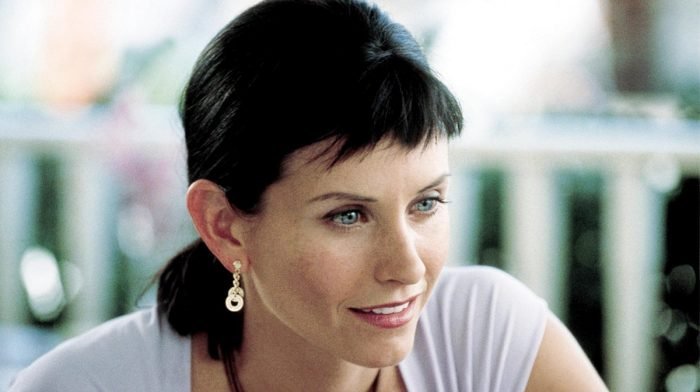 Speaking of shockers, a forgotten storyline from Scream 3 could rear its head.

2000’s black sheep of the family had a particularly troubled production that saw Ehren Kruger replace Kevin Williamson as the movie’s writer.

There was an original plan to have Sidney face-off against multiple Ghostfaces, but this time it was a cult of murder-obsessed kids. 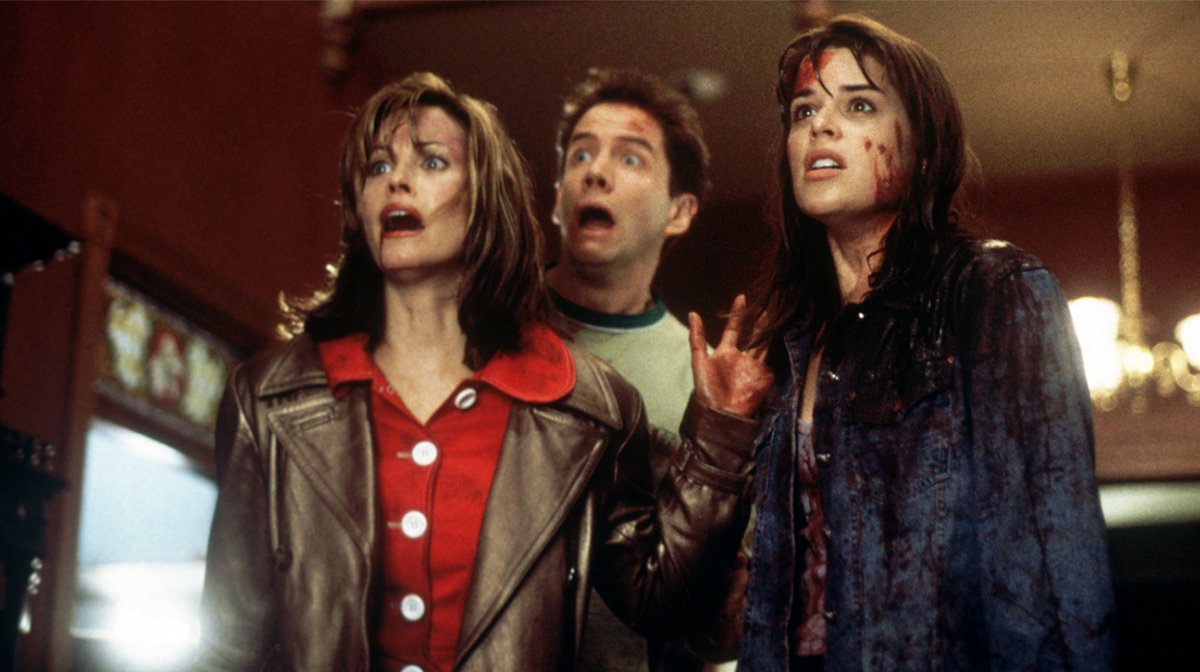 This idea was nixed in the wake of the Columbine Massacre and the whole thing was overhauled due to worries about the portrayal of violence in the media.

Although Williamson eventually adapted this for the Kevin Bacon-led series known as The Following, it could easily be used again in Scream 5.

Let’s not forget Williamson is back to write this one, and Campbell has said she was lured back by a faithful continuation of Craven’s work following his tragic passing in 2015. 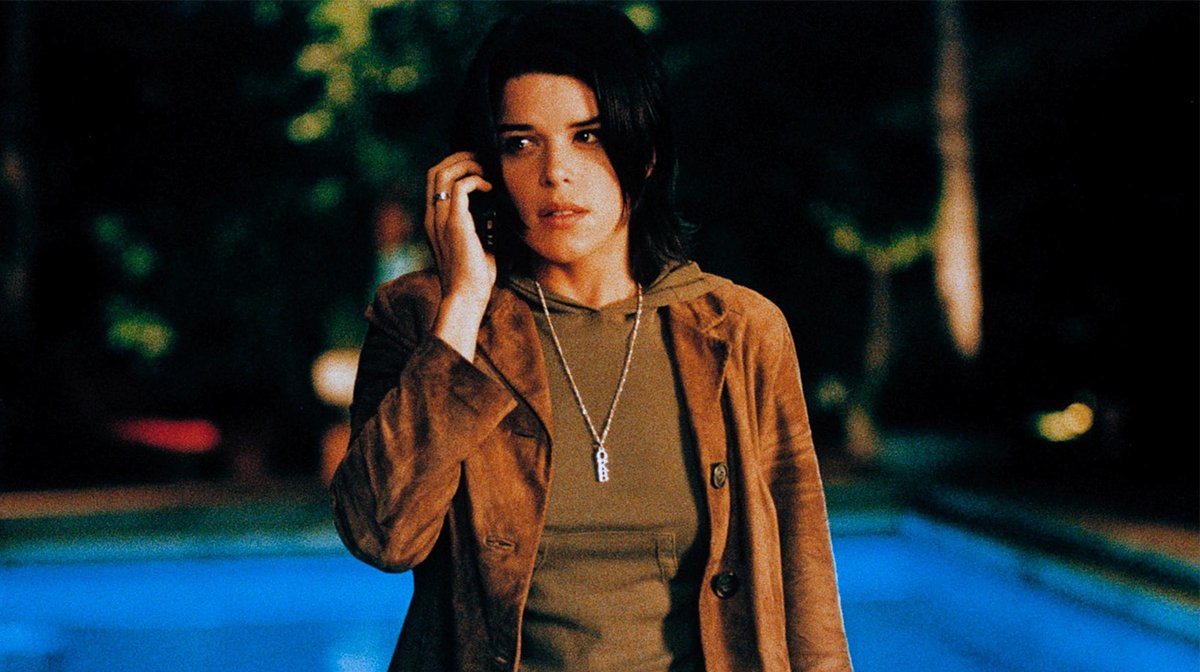 Sticking with wild ways the story could go next, there’s a forgotten theory that Dewey was a shadowy third killer in the first movie.

From giving alibis to serial killers, to his convenient timing, there’s also a pair of police-issue shoes worn by the killer. 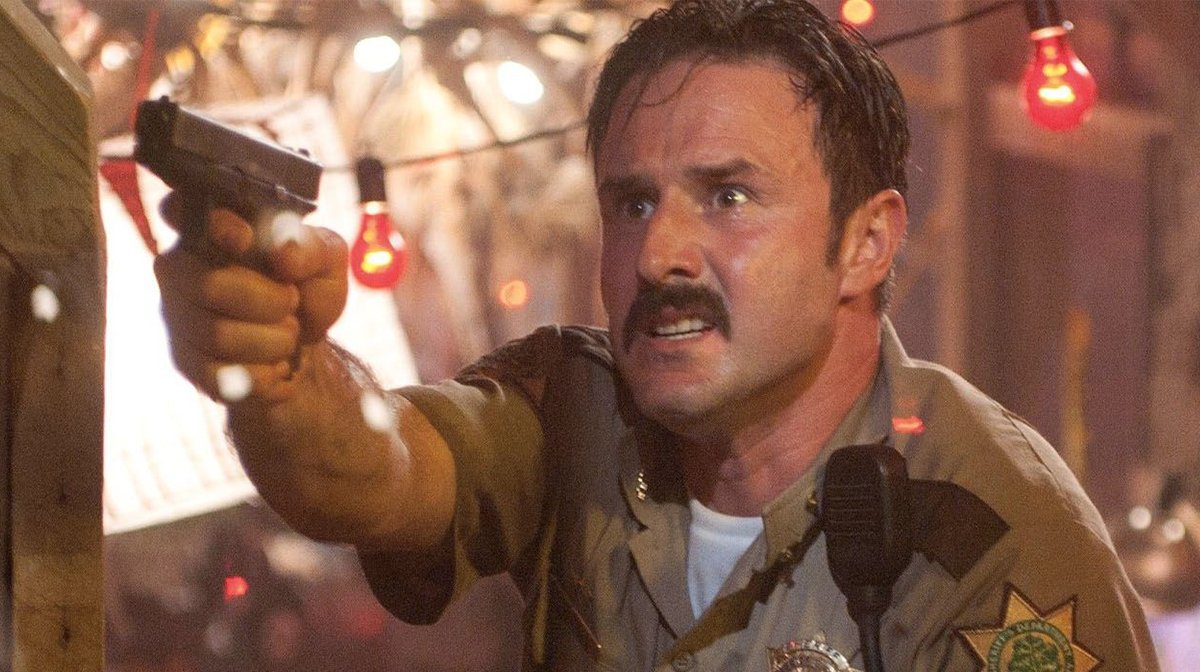 It’s hard to buy that none of the original three have died or snapped over the course of the Woodsboro massacres.

Set the scene where Dewey is exposed as a criminal mastermind behind it all. Hey, it worked for Scary Movie. If not, the same could also work for Gale or Sidney.

Yes, die-hard fans can’t get enough of Sidney – and it would be a major middle finger to make her a killer – but there’s no denying jaws would be on the floor if she pulled off a mask and was revealed as Ghostface. 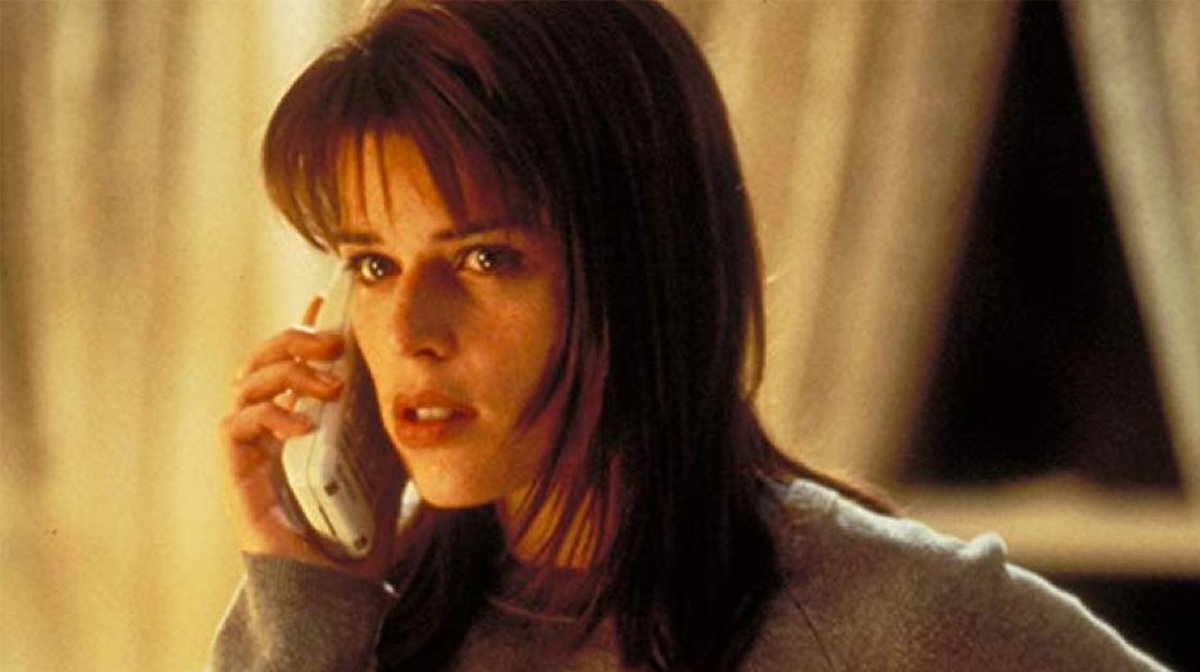 Elsewhere, we’re surely going to see some ghost(faces) of the past come back for more?

Despite Hollywood teaching us that no one is really dead until you see a body, Scream is known for taking that one step further.

Who’s to say anyone is really dead? In the past, both Jamie Kennedy (Randy Meeks) and Matthew Lillard (Stu Macher) have talked about potential returns, and only recently, Lillard told TooFab he’s “available” for Scream 5. 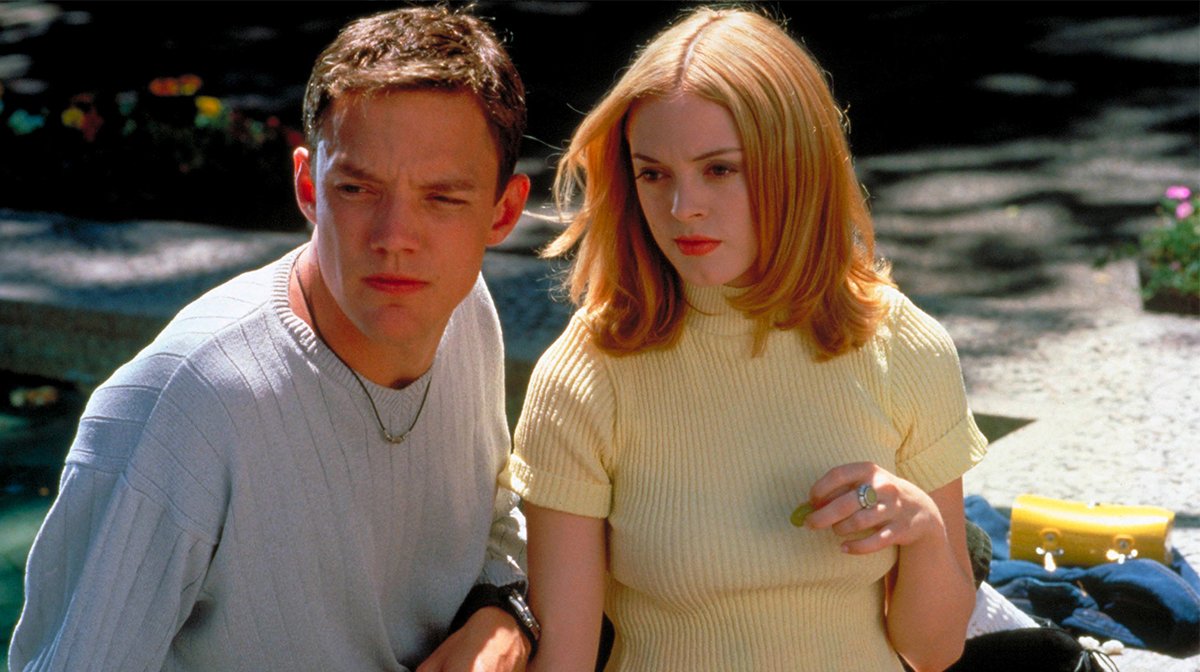 For all its faults, Scream 4 was an A-list ensemble as everyone from Anna Paquin and Kristen Bell, Adam Brody, and Alison Brie popped by.

Personally, I’m just hoping they find a way to bring back Parker Posey as Jennifer Jolie to give even Cox a run for her money. Come on, who doesn’t love, “my lawyer liked that”? A line that Posey actually improvised on the spot. 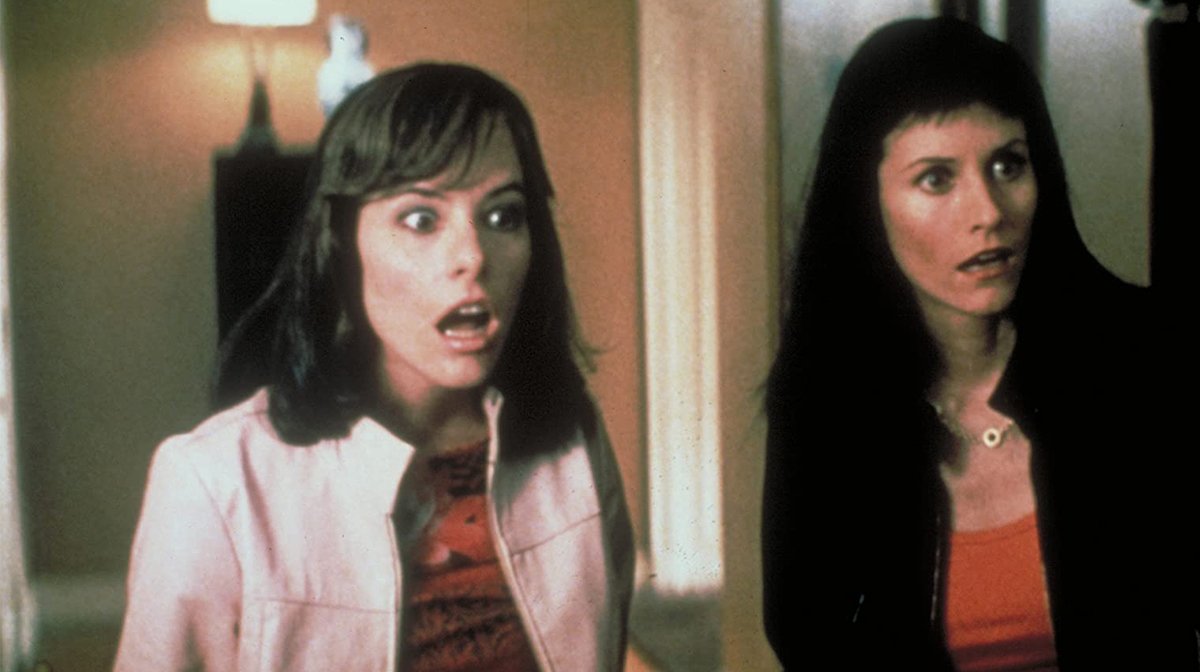 There’s no escaping the fact the horror movie industry is experiencing something of a renaissance. Alongside Halloween, legacy movies including It and Child’s Play have been given a new lease of life.

As well as the upcoming Candyman reboot, there’s a new Saw movie, and persistent whispers that LeBron James’ SpringHill Entertainment has its sights set on Friday The 13th.

It’s also apt that the Craven estate recently said it was accepting pitches for another entry into the acclaimed A Nightmare On Elm Street saga.

And if that wasn’t enough, it isn’t just golden oldies that are putting bums on cinema seats. From Midsommar to A Quiet Place, The Nun to Happy Death Day, there’s no shortage of new and inventive frightening favourites. Scream 5 has the potential to bridge the gap and offer a bit of something for everyone. 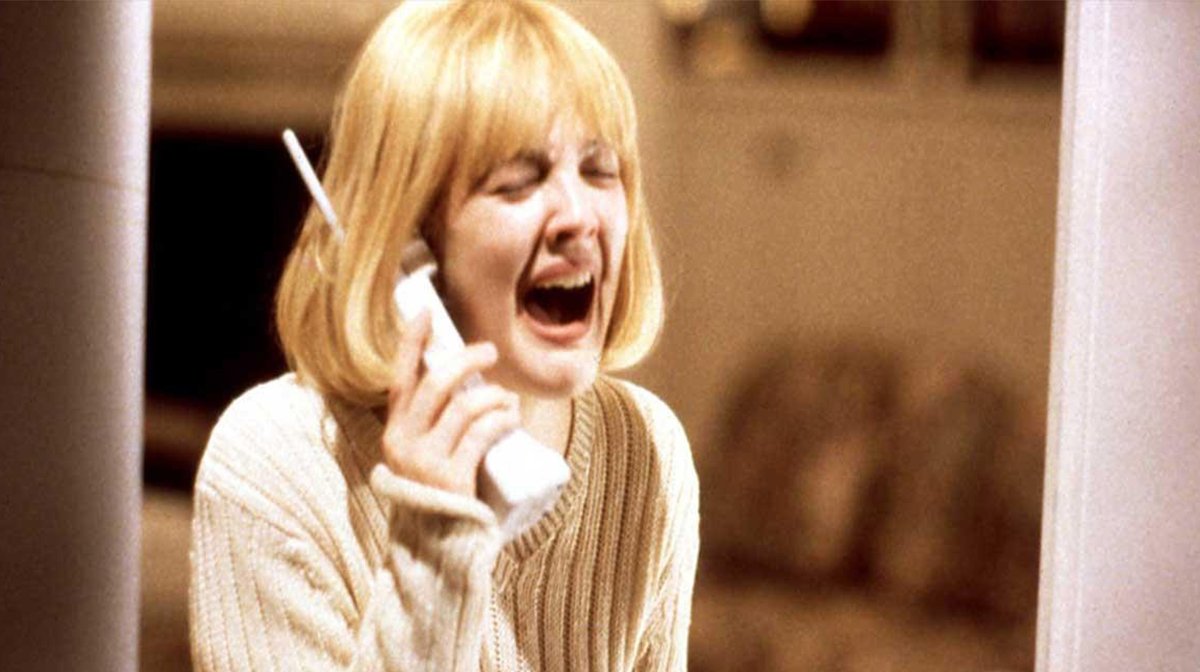 With everything Scream, you’ll never really know what’s going on until the final credits roll. Even then, who’s to say there won’t be some meta mind-blow where it’s implied you, the audience, is the killer?

Literally anyone could come back for Scream 5, and just like fans have been warned before, all bets are off.

Whether Scream 5 can resurrect the franchise remains to be seen, but either way, you can bet the corn syrup will be flowing freely as a few more rules on how to survive a horror movie are added to the list.