We don’t need to beat around the bush – the COVID-19 pandemic has wrung the film industry for all its worth.

Thankfully the industry is starting to return to normality, but in the depths of the pandemic amidst lockdowns and restrictions, film took an immeasurable beating.

Flicks were rescheduled leaving cinemas impacted, with not only no chance to open, but no new films to show anyways. All films on the moment’s slate for cinemas was for the meantime doomed. Or, more accurately, all but one. 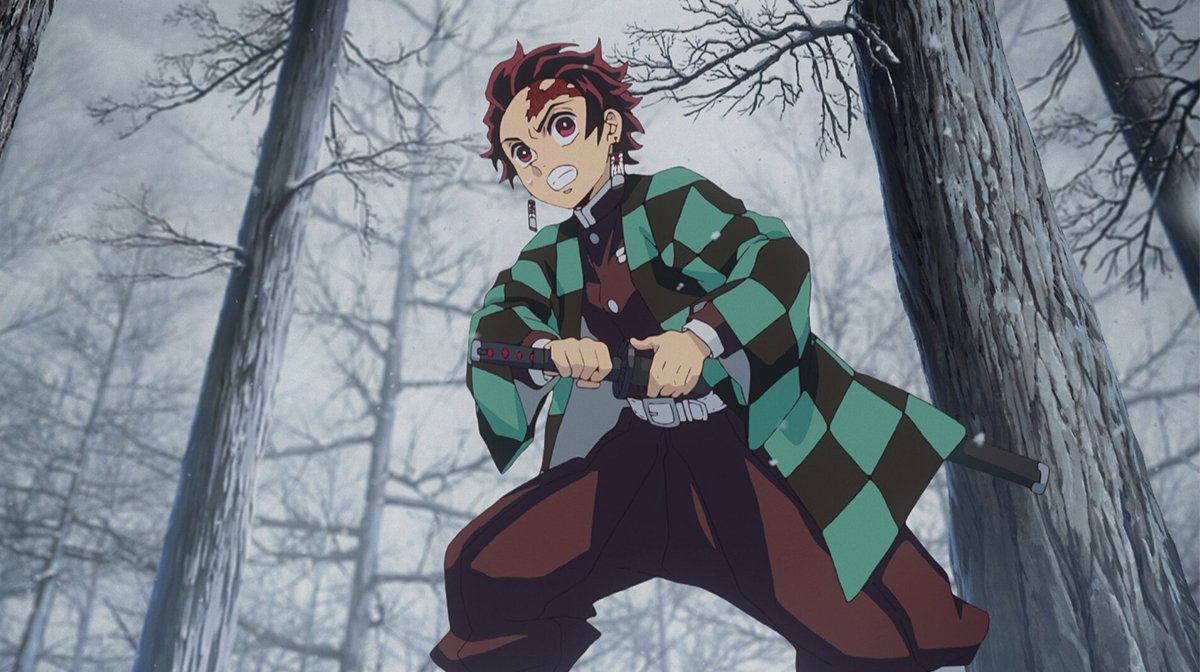 The year before COVID struck, in September 2019, anime studio Ufotable had an announcement to make. It was revealed that the follow-up to the first season of the hugely popular Demon Slayer: Kimetsu No Yaiba anime series would take the form of a film entitled Mugen Train.

The movie, based on the manga plotline of the same name, would be released in cinemas in Japan, and become the first Japanese film of 2020 to launch in IMAX.

It was unexpected news to fans of the anime, but the biggest surprise was yet to come. 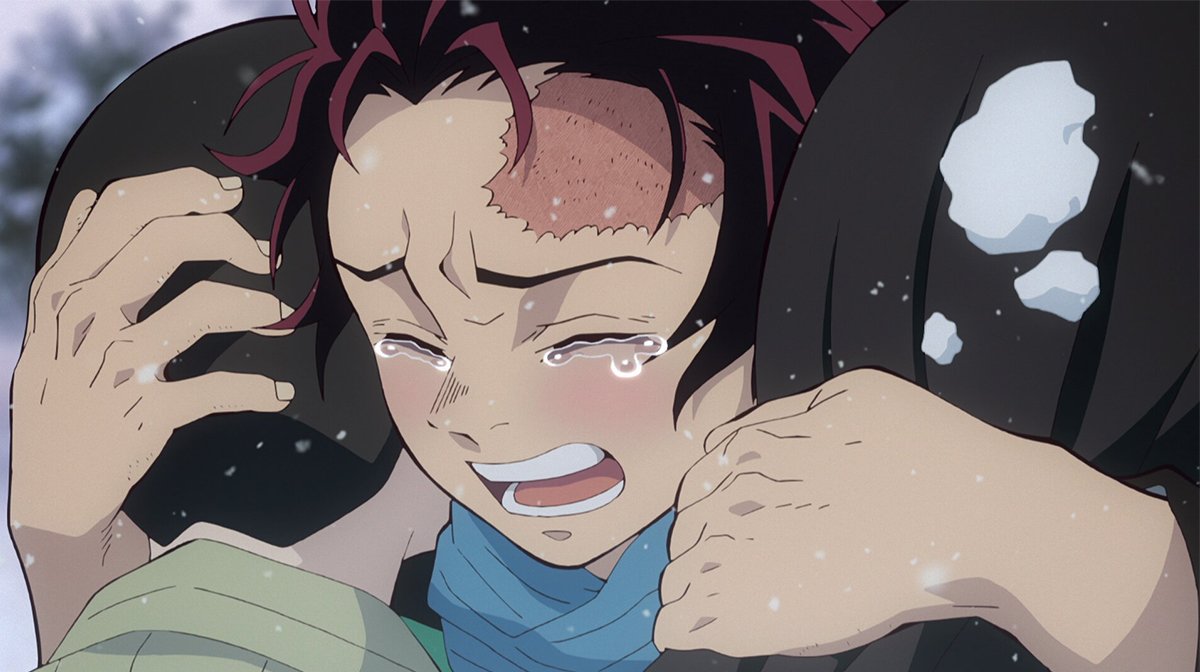 The anime had grown to be a popular one, following the young Tanjiro on his journey to becoming an all-powerful Demon Slayer after his family is slaughtered by man-eating demons, and his sister Netsuko is transformed into the very thing he swears to destroy.

His adventures across 1900’s Japan in search of the very demon who is responsible for his distress are ones that gripped Japan almost immediately, with the manga becoming incredibly popular, and the anime it influenced even more so.

The Demon Slayer bug was sweeping across the country, and it was even picking up an overseas audience with its debut on streaming services in the UK and US. 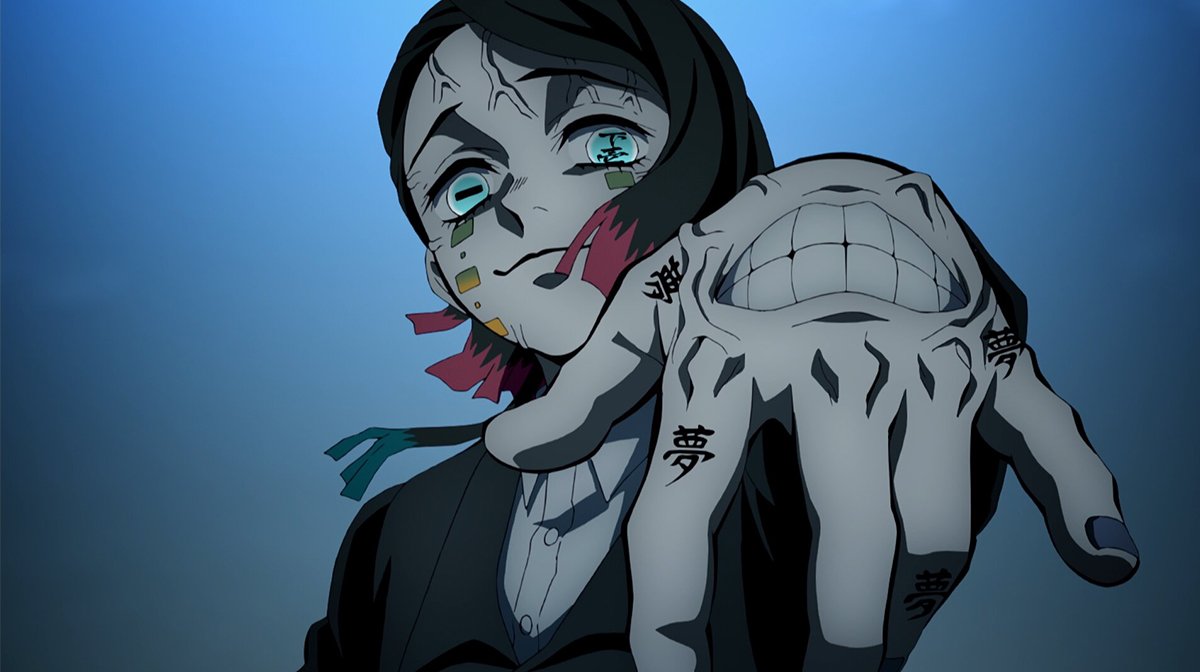 In the midst of the pandemic, the film was released in Japan on 16th October as with the country’s reluctance to enter lockdown, the cinemas remained open. The film scored incredibly well with critics, but few could predict the impact Mugen Train would have on the box office.

Upon opening Mugen Train broke the country’s first-day record with ¥1.2 billion, carving its way up to ¥4.6 billion by the end of the week.

It was immediately the best three-day weekend Japanese cinemas had ever seen, and shortly after it beat Studio Ghibli’s timeless classic Spirited Away by becoming the fastest film to cross ¥10 billion at the box office.

Spirited Away reached this milestone in 25 days in 2001. Mugen Train only needed 10. The film, which is basically the second season of an anime series, beat Ghibli, Avengers and Titanic for the historic top spot. 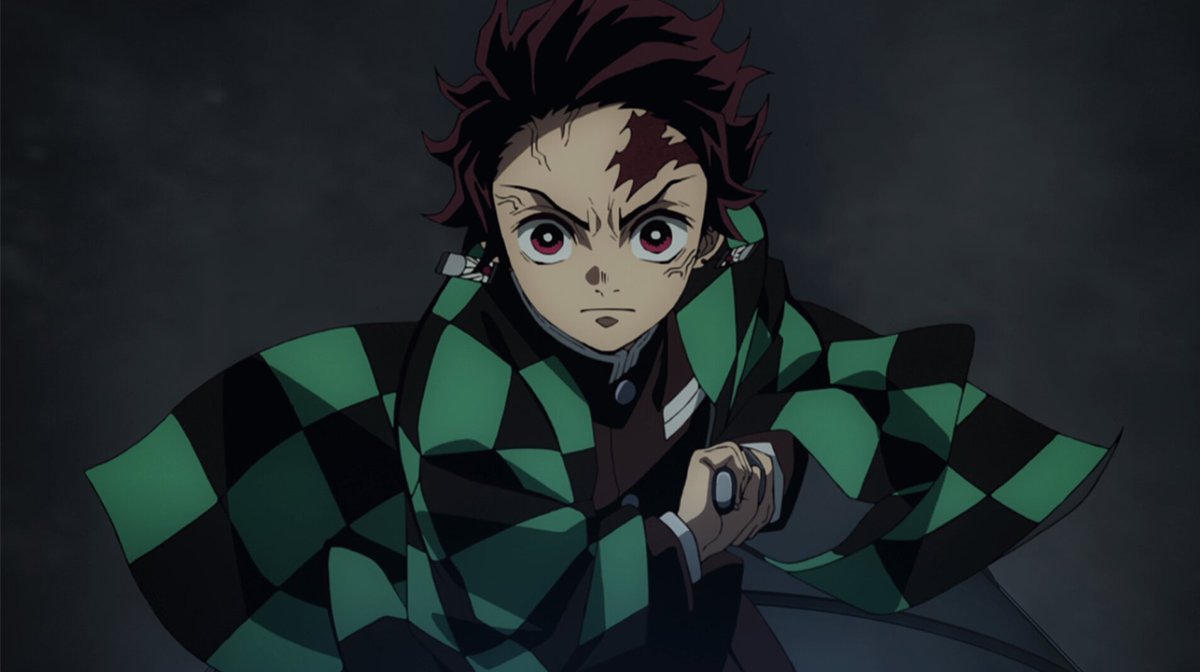 Instantly, the film became a hit, but it equally became an overseas enigma. How could a sequel to an anime series perform in such an unpredictable way? And now that it’s landing on our shores, are we due a similar shock?

In a poetic way, it was Japan’s love of cinema that brought the movie such incredible success. The anime was popular, but perhaps not popular enough to indicate that every single one of the almost 30 million Japanese cinema attendees had seen every one of the anime’s 26 instalments.

The only assumption that can be made about Mugen Train’s domination of the box office is that it was a combination of love for the anime by some, and a serious lack of anything else to see for others. 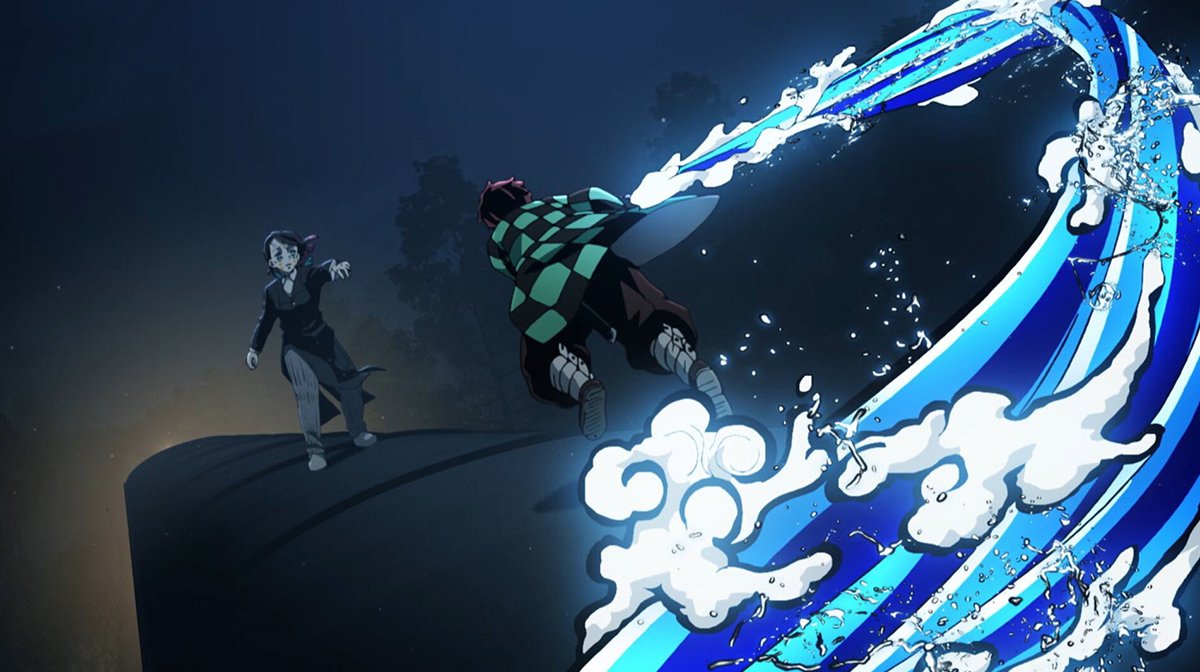 The Mugen Train launch in October was a risky one for producers Ufotable, but apparently it paid off better than anyone could have imagined.

Though Japanese polls at the time saw that about 67% of cinemagoers were still uncomfortable with returning to cinemas, it was still the Japanese audience that kept the film on top, showing up for an immensely lucrative first weekend.

The union of anime fans coming out in their droves for the genre’s grandest event of the year, and the cinema-going masses willing to see anything on the big screen, was the recipe for Mugen Train’s success. But even besides this, the film is a great achievement. 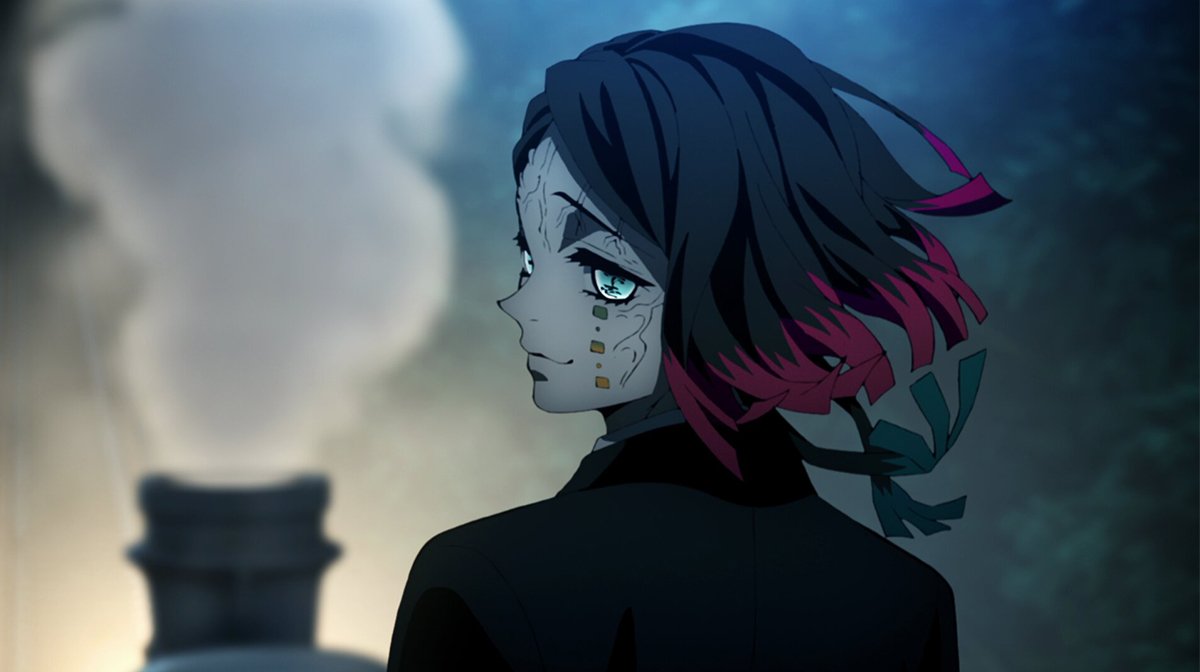 Serving as the perfect next chapter in Tanjiro’s story, Mugen Train is a visual and sonic step up for the series, offering a gorgeous focus on framing generally unseen in genres like Demon Slayer’s, and a heartfelt story told with a combination of beautiful fluid 2D animation and immersive 3D backgrounds.

Even though the film would seem inaccessible to viewers who aren’t familiar with the series or manga, it still offers beautifully drawn, electric action, and the same emotional core that is shared across all of Demon Slayer’s story.

Tanjiro’s presence as selfless and kind in the face violence is one that audiences want to connect with. For the many who saw the film without having caught up with the anime, he is their guide, and he imbues Mugen Train with a sense of right and wrong.

It’s classic storytelling boxed up in an anime series’ complex lore that not only benefits its own progress, but Mugen Train’s existence as a standalone cinematic experience. 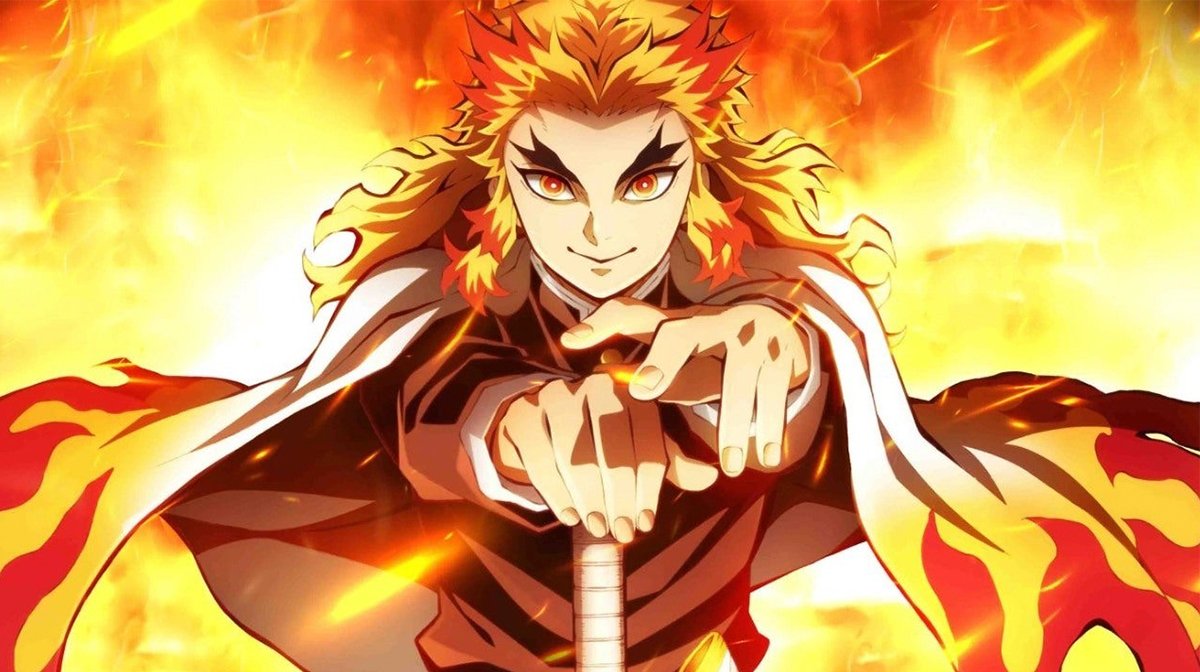 Mugen Train’s domination of the Japanese box office was unpredictable, but it stands as a worthy champion.

The film’s popularity is indicative of both the love for Demon Slayer, and Japan’s love of film.

COVID-19 seems to have given Mugen Train the successes it had stripped of every other film set to launch during the pandemic in a twisted lottery – but it’s a deserving titan.

Demon Slayer: Mugen Train will be out in UK cinemas from 26th May.