Anticipation was already high for the arrival of the MCU’s newest superhero team, but the final trailer for Eternals has pushed the hype to the next level.

Following the teaser trailer released three months ago, this morning (Thursday 19th August) Marvel Studios released a full trailer that tells us a lot more about what to expect from the story and how it connects to the wider cinematic universe.

Check out the trailer here:

Let’s take a deep dive into it, breaking it down scene by scene.

Getting The Team Back Together 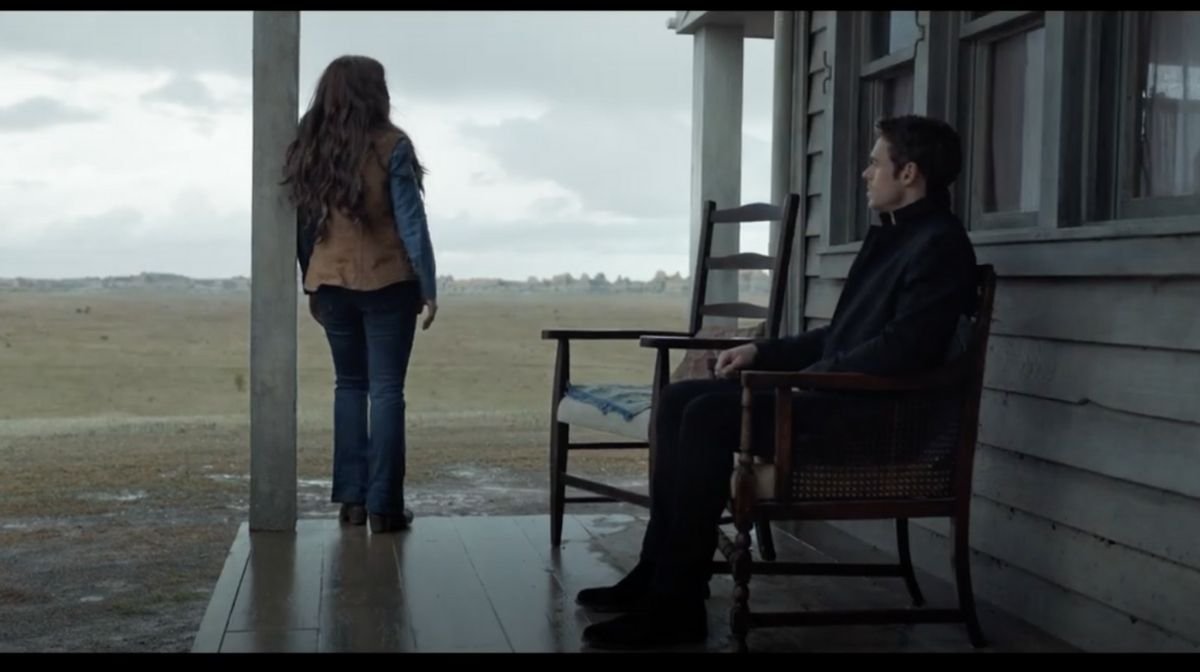 The first shot of the trailer is Salma Hayek’s Ajak on horseback, heading to meet Richard Madden’s Ikaris at his remote cabin.

Immediately it reveals exactly where we are in the MCU timeline, with the film taking place shortly after the events of Avengers: Endgame.

Ajak tells Ikaris that half of all life returning after Tony Stark’s sacrifice has created the energy that will cause “the emergence” to begin – with only seven days to stop it. 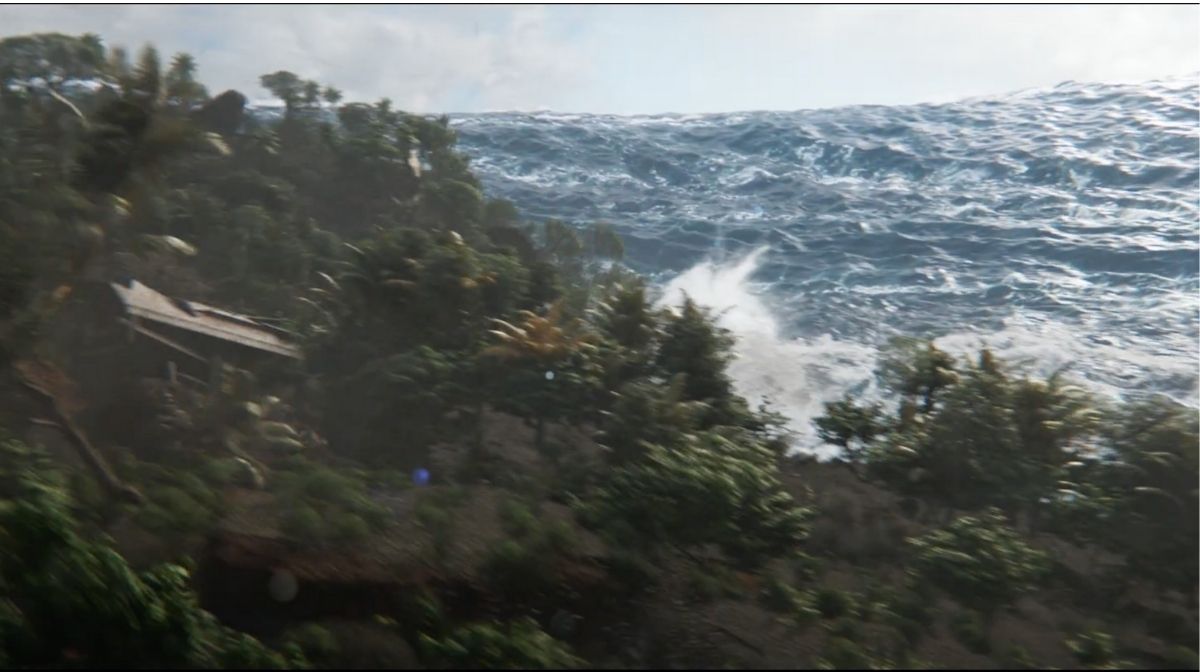 Things have already been disrupted in the Earth’s atmosphere following the snap, with shots of violent floods, and other destructive forces of nature let loose.

To stop the destruction and return the balance to Earth, they’re going to need to get a team together. This means tracking down their fellow Eternals, all of whom have been living in secret for thousands of years.

Who Are The Eternals? 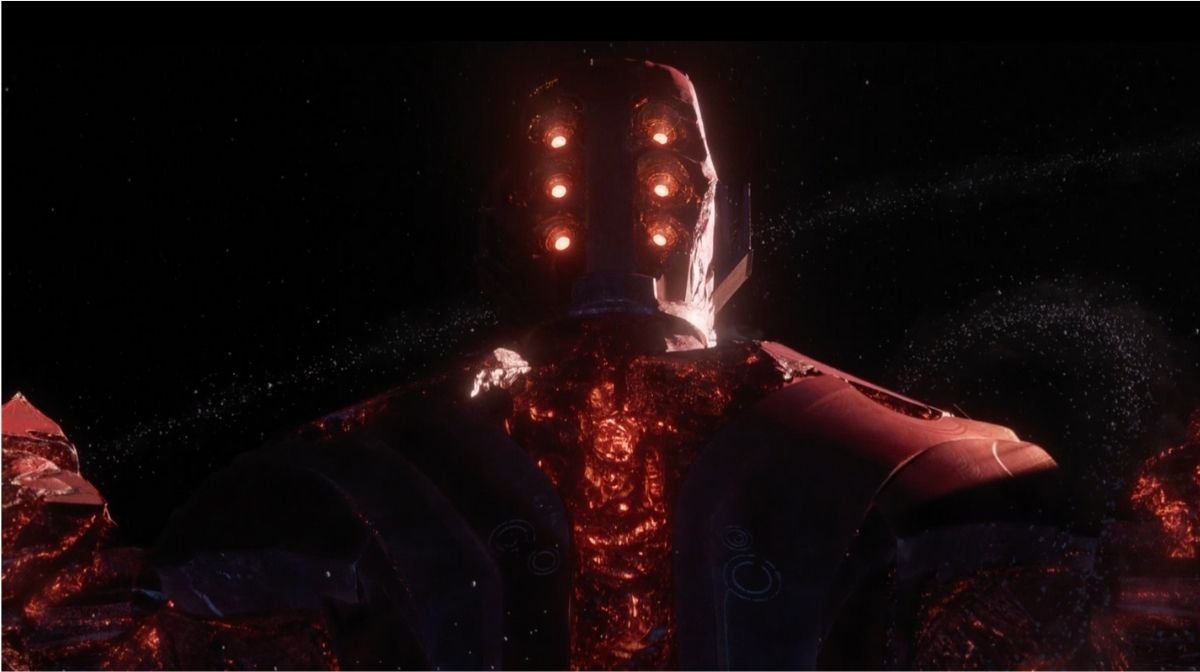 Making their debut in the comics in the 1970s, the Eternals are aliens created in human form by the god-like Celestials (who we get glimpses of, like in the shot above).

7,000 years ago, they were sent down to Earth by their creators with the aim being to protect humanity from their rivals, the Deviants. 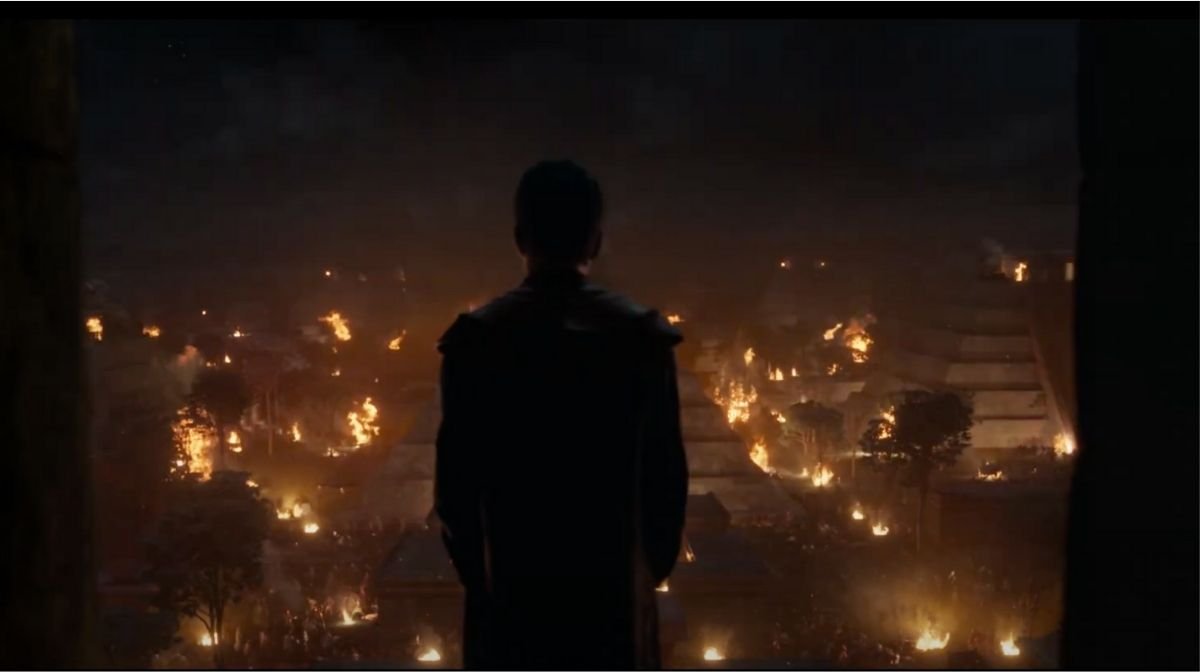 As the trailer spells out, they are only allowed to intervene and protect if the Deviants pose a direct threat – meaning they have stood on the sidelines while watching empires burn, bombs fall, and Thanos commit an act of genocide.

The characters were created by Jack Kirby shortly after he arrived back from a brief period working at DC. Many people have noted that the Eternals share some similarities with the New Gods, with one shot in the trailer revealing Ikaris has a power that’s more than a little similar to the most famous DC hero of them all… 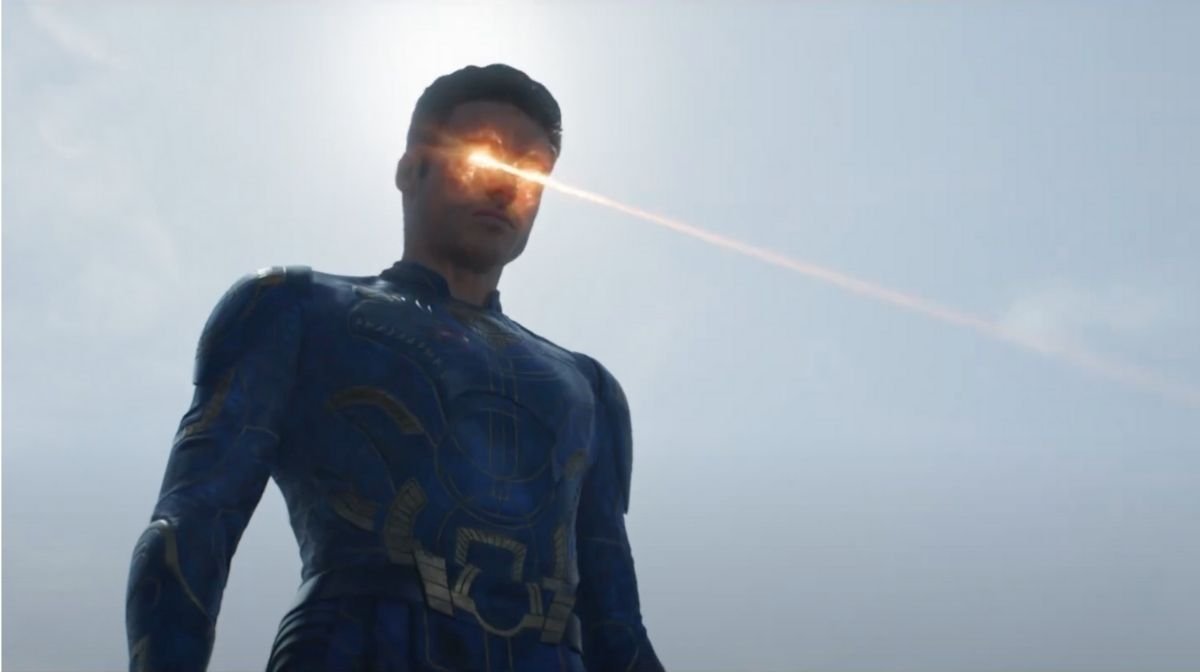 Yes, Ikaris is the most powerful Eternal due to his ability to fly and shoot laser beams from his eyes, whereas Ajak (introduced at the start of the trailer) is in this iteration the group’s mother figure, gender swapped from a male character in the comics.

But what about the rest of the team? 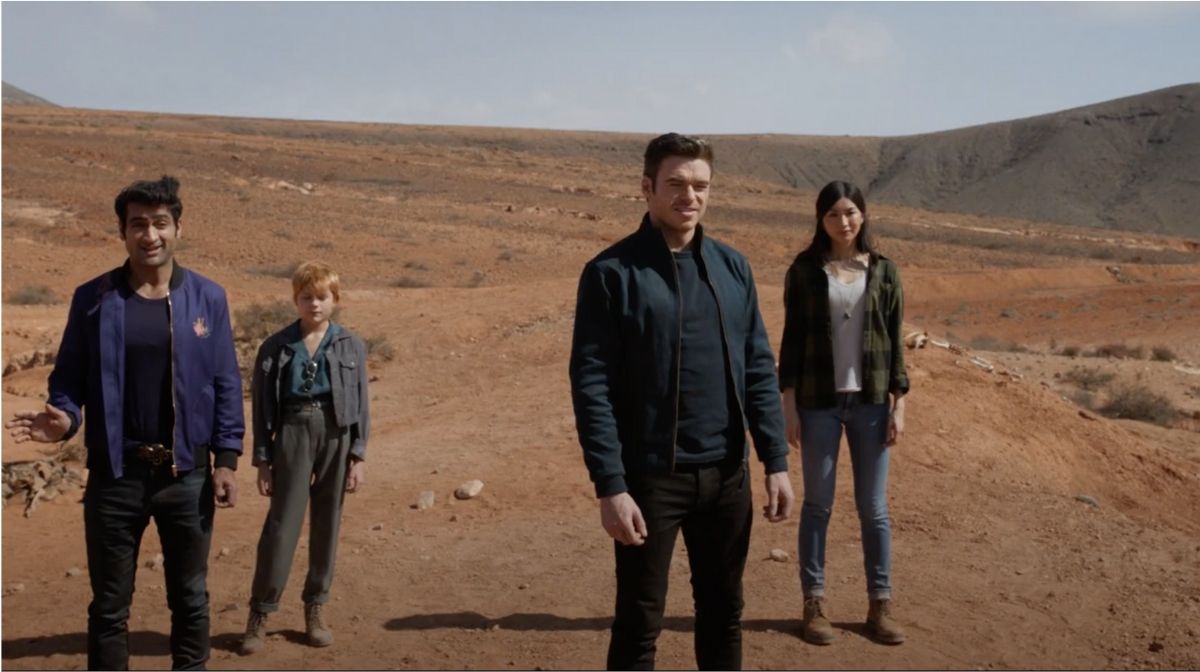 Based on the trailer, the three earliest members recruited back to the Eternals are Sersi (Gemma Chan), Kingo (Kumail Nanjiani), and Sprite (Lea McHugh).

This trailer is mostly light on Kingo, with no revelations as spectacular as the one in the earlier teaser that revealed he would have a Bollywood song and dance number.

In the comics, this character is a Japanese actor, but this has been changed for the big screen. However, in both mediums Kingo lives as a celebrity while his fellow Eternals went under the radar.

15-year-old McHugh plays Sprite, an Eternal who still looks like a child despite being the oldest soul of the bunch. Her power is the ability to project lifelike illusions. 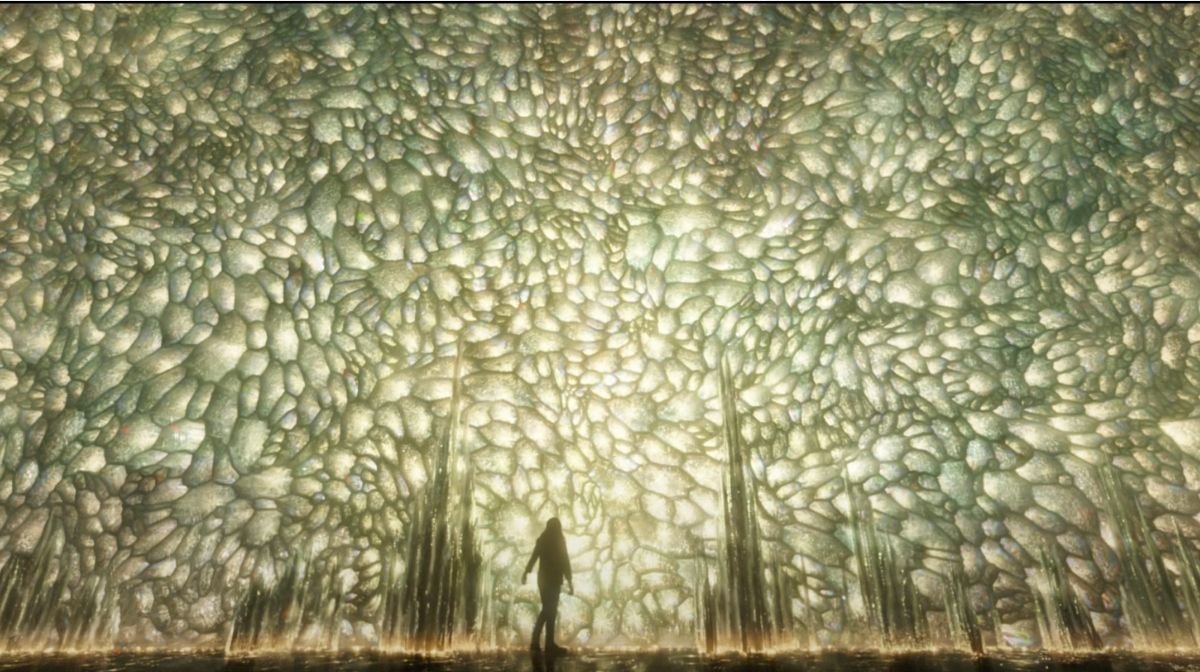 Chan is returning to the MCU but in a new role unconnected to her one in Captain Marvel. She plays Sersi who has the ability to manipulate non-sentient matter – leading to some gorgeous shots like the one you can see above.

And the trailer isn’t shy about complimenting her either. Not a single member of the star studded cast gets their own title card, but Zhao does reminding audiences she’s a newly minted Academy Award winning director for her film Nomadland. 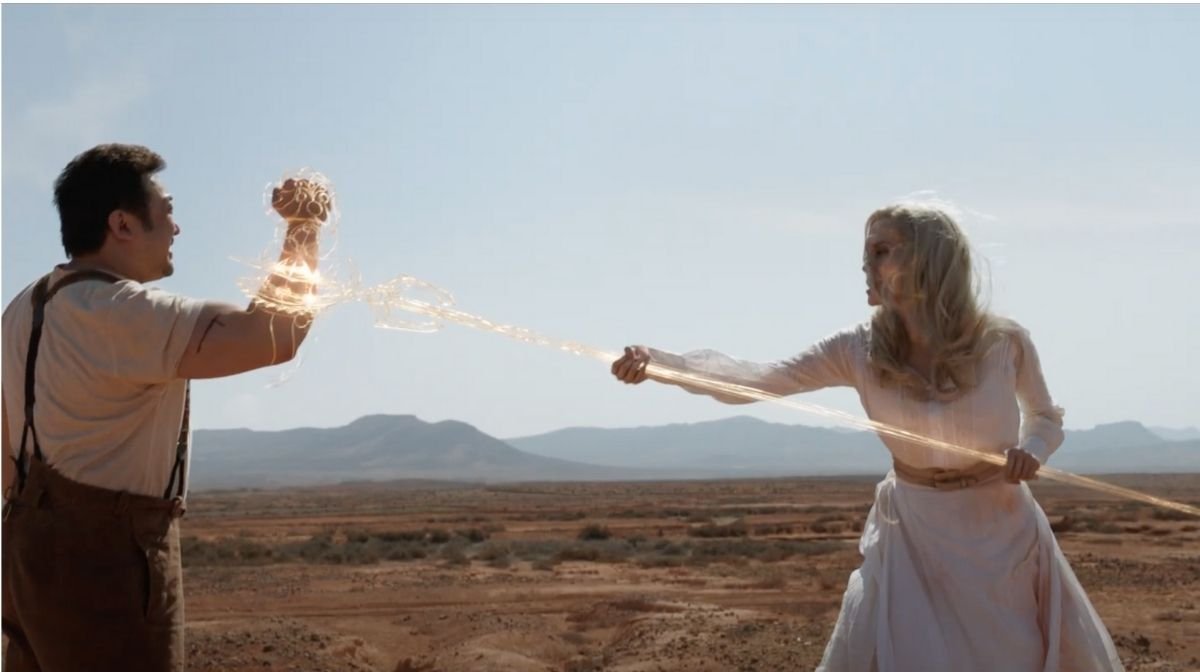 Speaking of stars, Angelina Jolie is here! Her introductory scene in the trailer sees Thena spar with fellow Eternal Gilgamesh (Don Lee), highlighting her enviable power: the ability to manifest weapons out of thin air.

This is not the only time the trailer uses a money shot of a weapon magically appearing in her hands, emphasising Thena’s gift.

These two characters are billed as the ultimate warriors in the superhero team, although Gilgamesh is more of an old school kind of guy. He may have supernatural powers, but he prefers a good old fist fight any day. 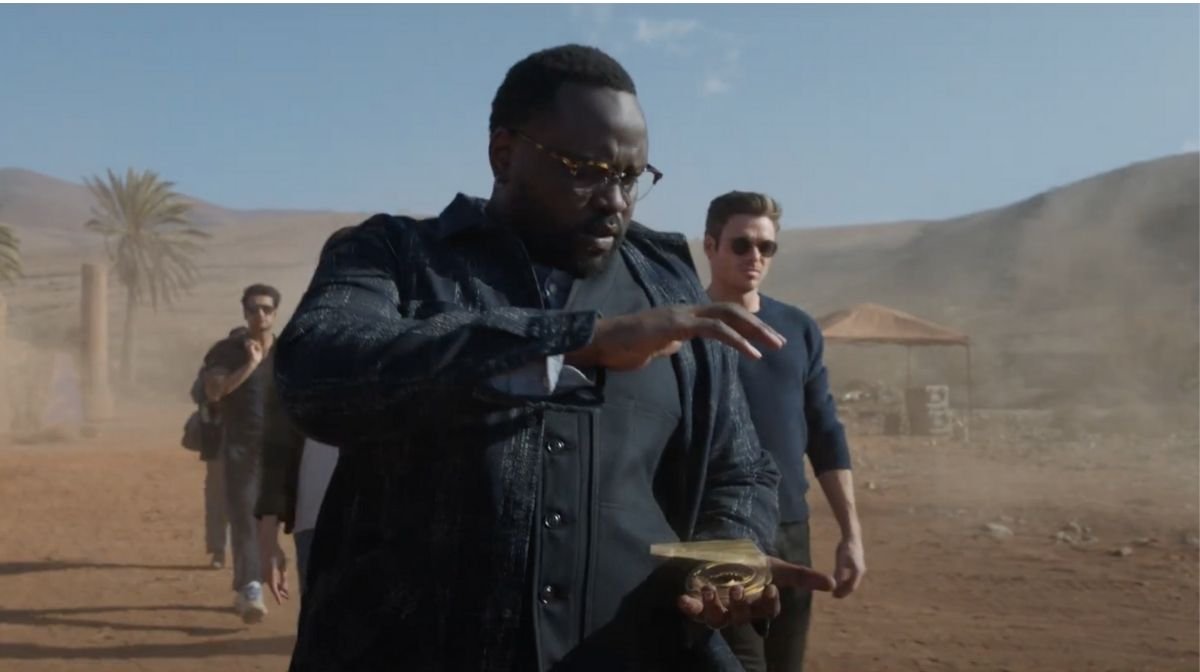 And here’s Brian Tyree Henry’s Phastos, a weapons and technology inventor who, as the trailer shows, can similarly will all manner of weird and wonderful creations into being.

Although not referenced in either trailer released, the character has been announced as the first openly gay superhero in the MCU, with fans watching carefully to see if this is finally the representation in the franchise they’ve been waiting for.

The Eternals are completed by Druig (Barry Keoghan), a loner who can manipulate the minds of others, and Makkari (Lauren Ridloff), known for her super speed.

What Else Does The Trailer Reveal About The Plot? 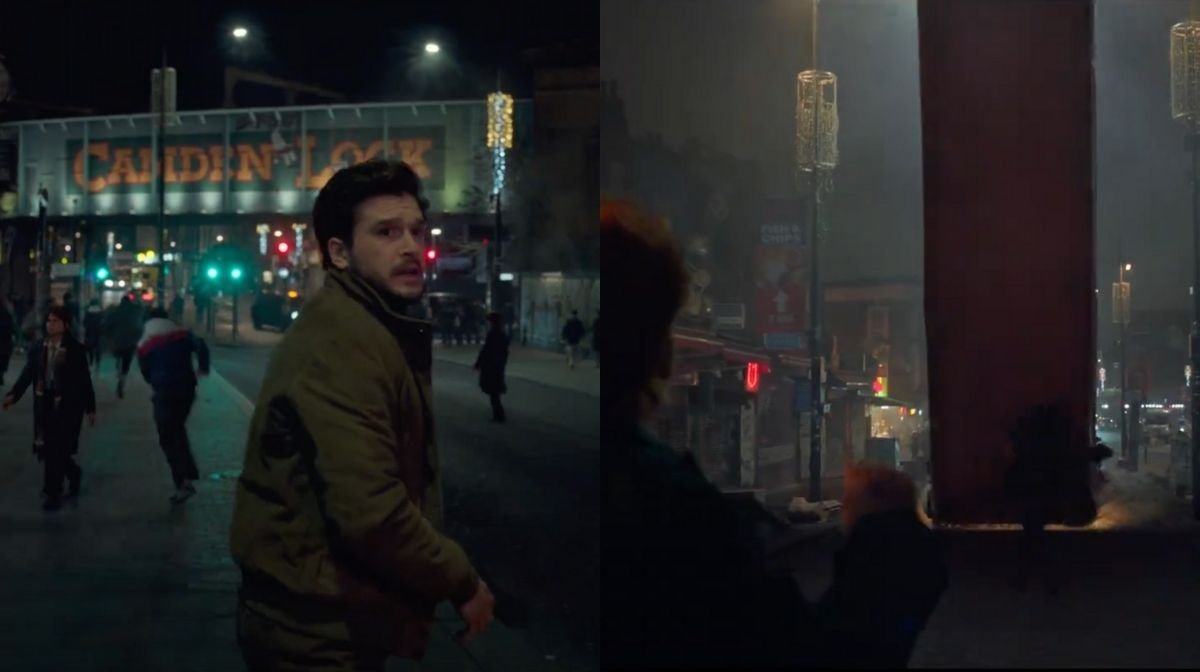 The trailer reveals that the MCU’s latest will be a globetrotting, time jumping adventure, as the team come together to calm the emergence – but it’s safe to say that doesn’t fully go to plan.

Scenes like the above, where Kit Harrington (starring as Sersi’s human boyfriend) is at risk of being hit by a flying double decker bus in the centre of Camden suggests that the Eternals can’t control the havoc straight away. 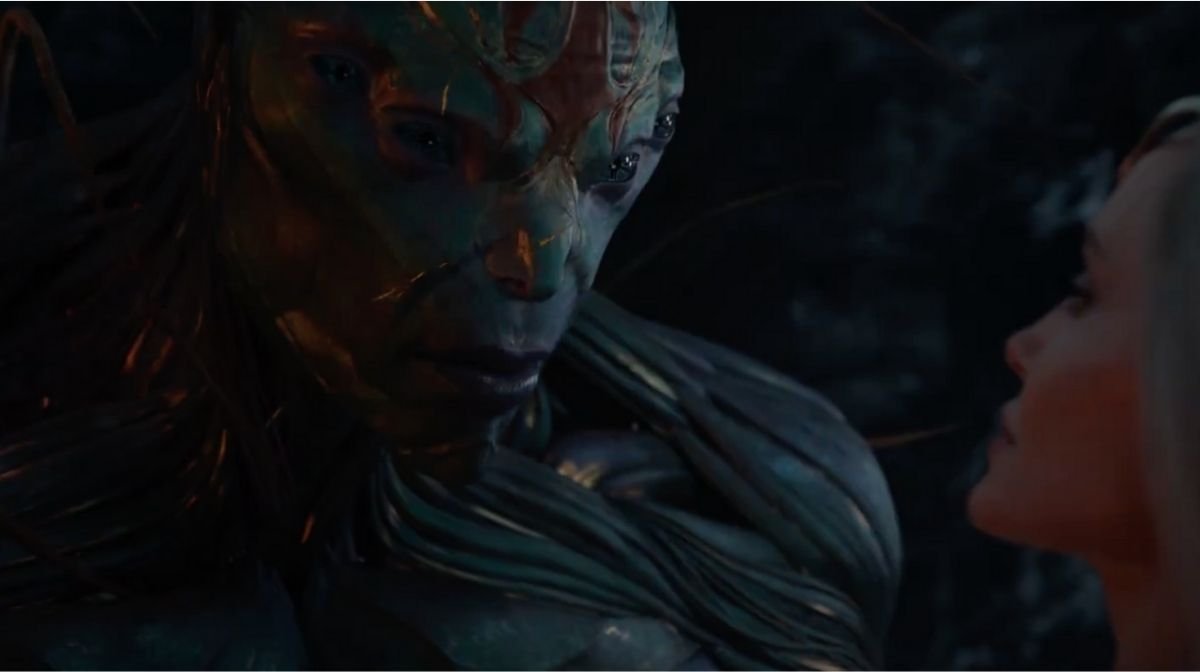 We also get glimpses at the Deviants throughout, with various mutated creatures coming to attack our heroes.

In the comic books, the Deviants are physically ugly in comparison to the Eternals who are a species created to be beautiful – and it’s safe to say that, considering how hot the cast are, Zhao has got that spot on here.

Some have already speculated that the above sequence appears to tease Thena’s death at the hands of the Deviants, but we’ll have to wait until November to find out. 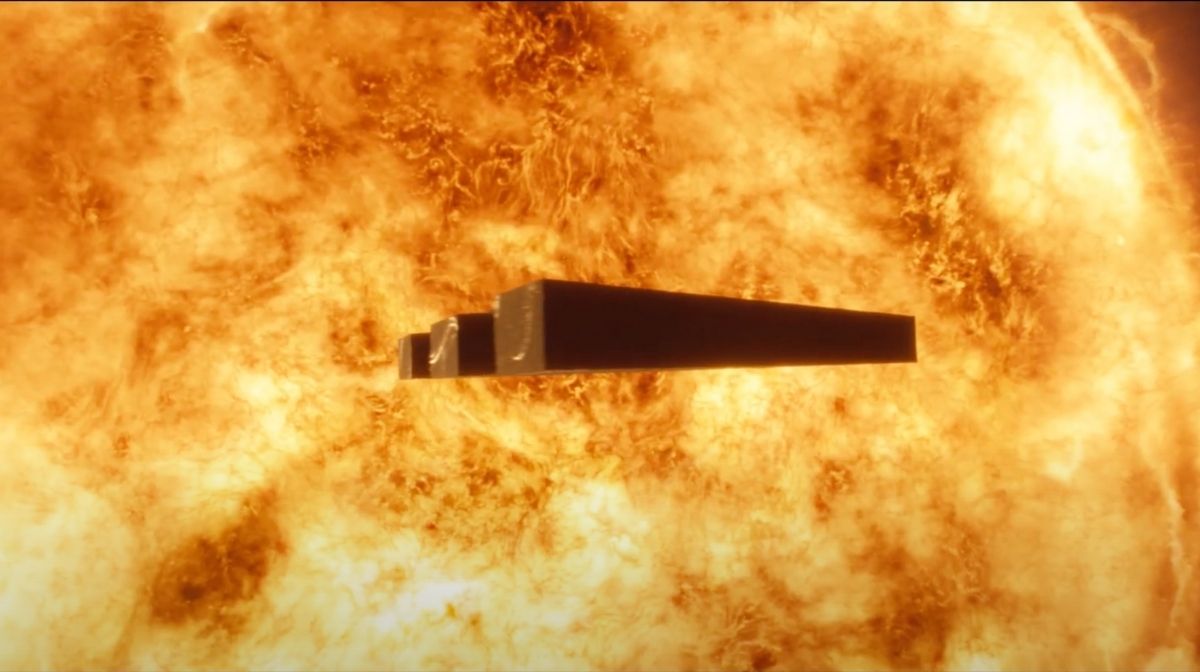 Why is this giant KitKat floating in space?