The game is well and truly afoot with the development of Robert Downey Jr.’s Sherlock Holmes sequel, as the long-awaited Sherlock Holmes 3 release date has been revealed.

Sherlock Holmes 3 is set to hit cinema screens towards the end of next year, with the release date currently locked in for 22nd December 2021. 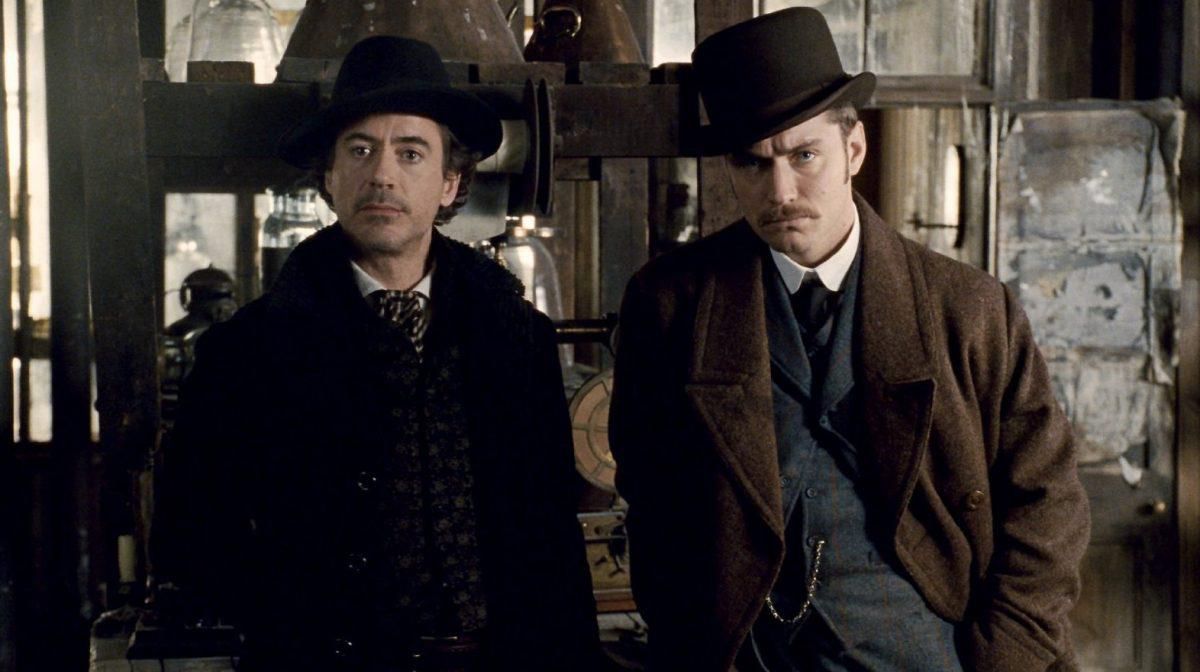 This has been a film long in the making, with rumours of a Sherlock Holmes 3 circulating for years now, reportedly suffering through numerous re-writes, with a previous release date of late 2020.

The preceding film, A Game Of Shadows, was released in cinemas in 2011 — a whopping ten years prior to the upcoming Sherlock Holmes 3 release date!

Thankfully, Benedict Cumberbatch and Martin Freeman gracefully kept the seat warm in the BBC television series Sherlock, which ran from 2010 to 2017. 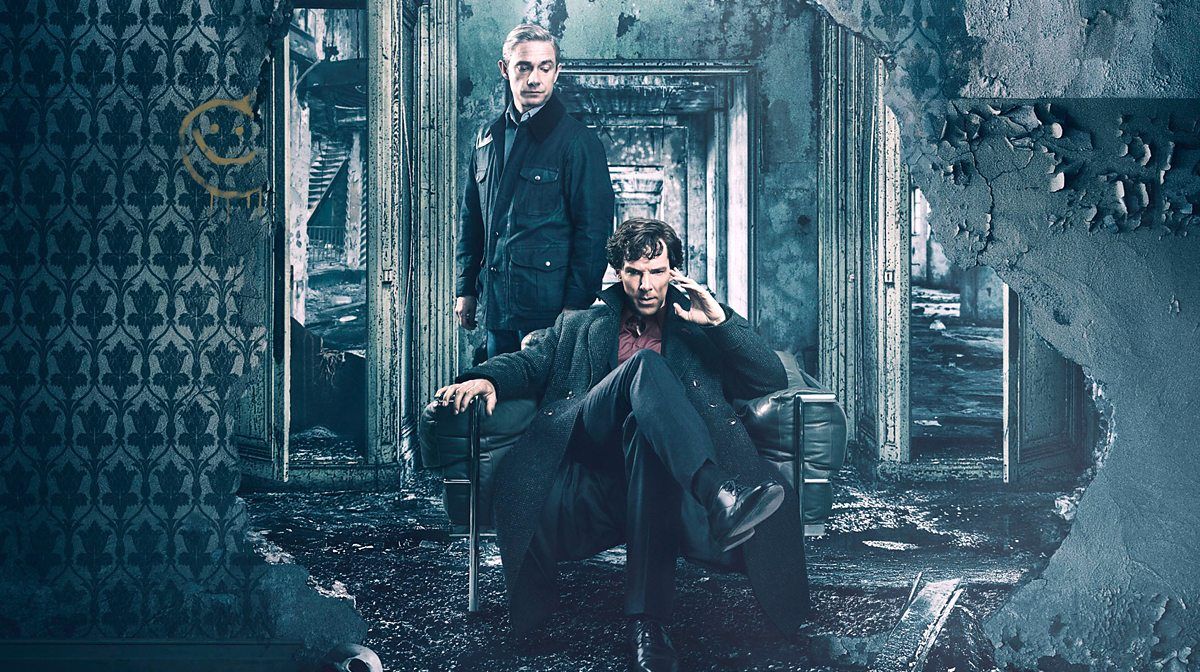 They both, respectively, embodied the roles of the main characters – Sherlock Holmes (Cumberbatch) and his ever-loyal companion Dr. John Watson (Freeman) — becoming the defining archetypes for many fans of the material.

And Netflix have even planted their foot in the door with their inspired take on a younger Holmes family member in the 2020 feature film Enola Holmes, which similarly presented their own rendition of Sherlock, played by Man Of Steel and The Witcher star Henry Cavill. 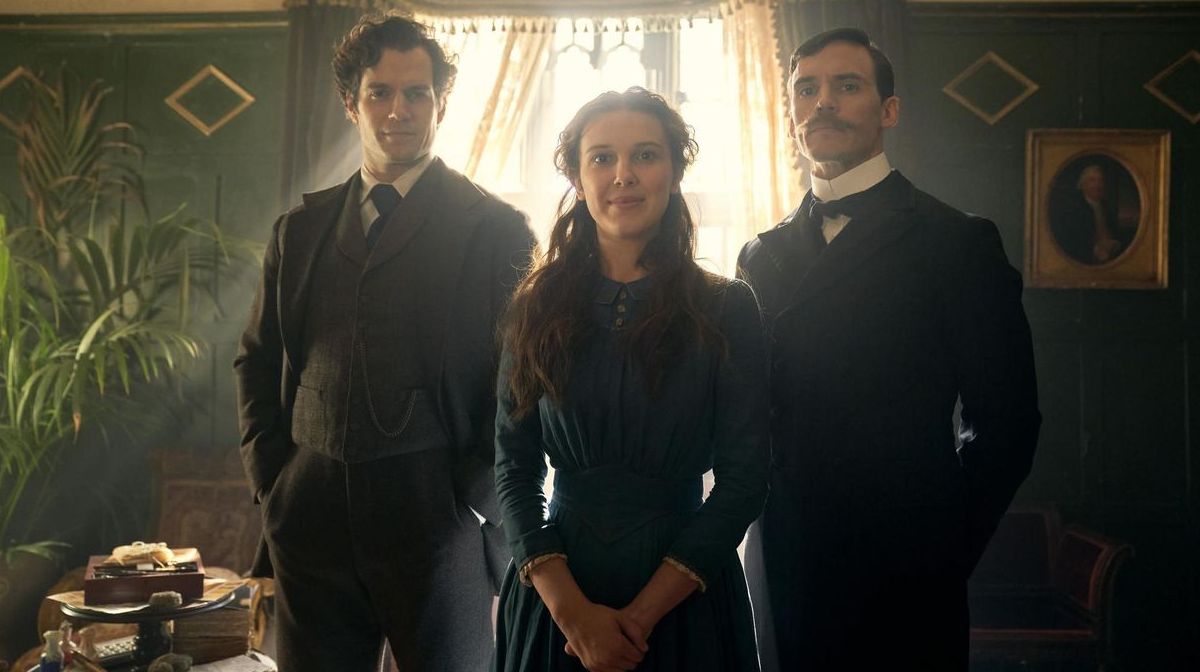 Without further ado, now we’ve finally been apprised of the Sherlock Holmes 3 release date, let’s take a look at everything we know about the upcoming sequel.

Who Will Be Directing Sherlock Holmes 3? 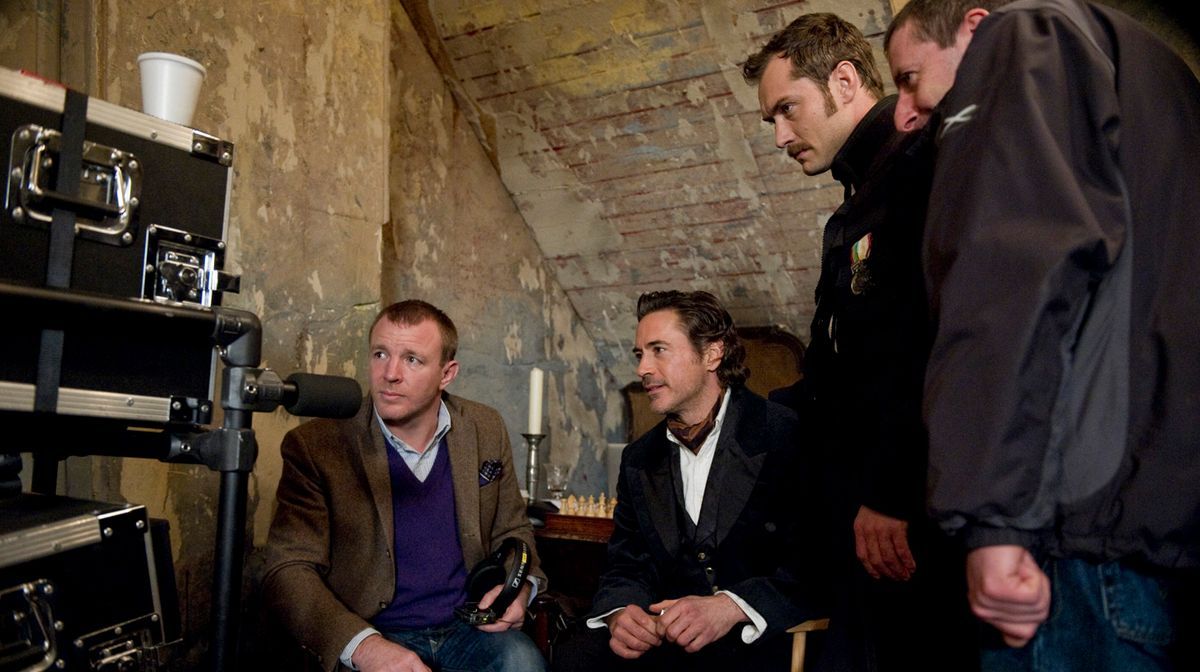 As reported by Variety in 2019, Sherlock Holmes 3 will be directed by Dexter Fletcher, known for his work on such films as Eddie The Eagle, Rocketman, and Bohemian Rhapsody.

This marks the first entry into the Sherlock Holmes film series not to be directed by Guy Ritchie, who helmed the formative Sherlock Holmes (2009) and its follow-up A Game Of Shadows (2011), garnering significant box office success. 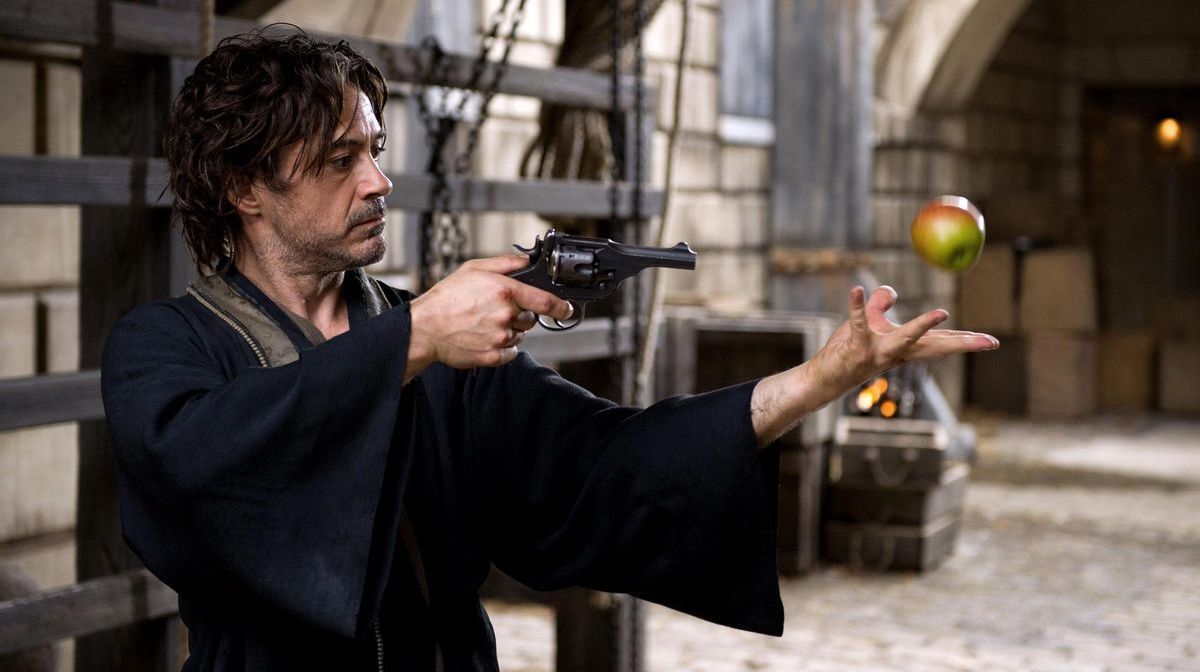 Interestingly, Fletcher had an acting role as part of the ensemble cast in Ritchie’s film Lock, Stock And Two Smoking Barrels in 1998, establishing some history between the pair.

What Will Sherlock Holmes 3 Be About? 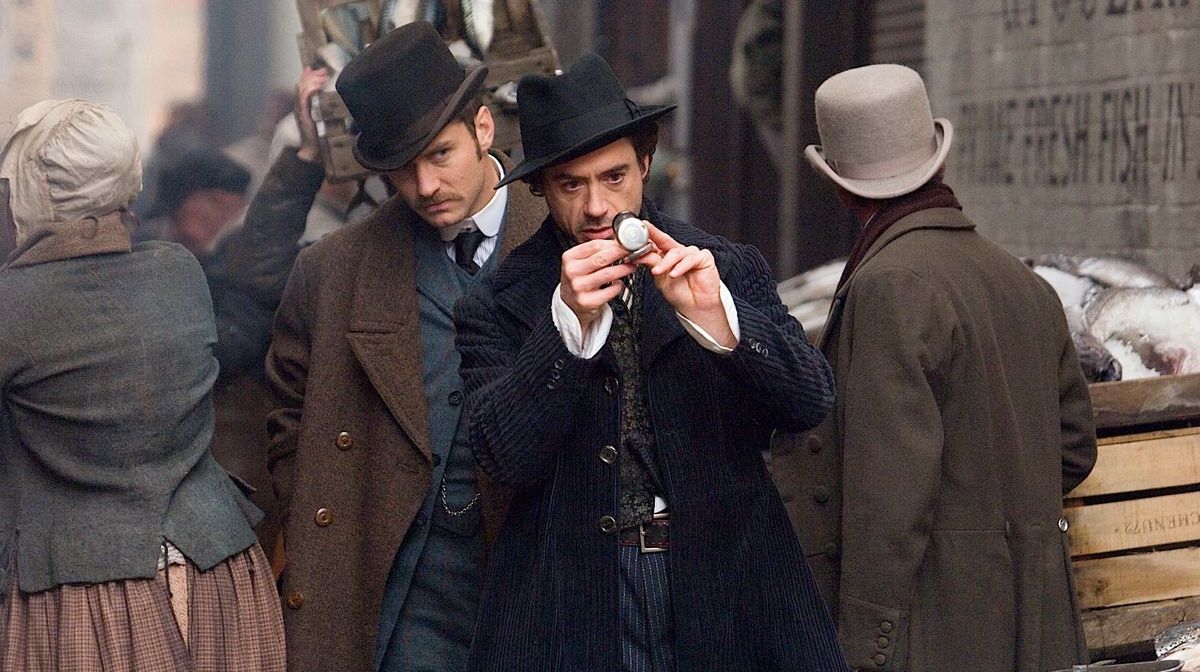 The Sherlock Holmes 3 screenplay will be written by Chris Brancato, credited for his contributions to Narcos, First Wave, and Godfather Of Harlem.

Plot details are still scarce at this point, and the script has been dramatically revised since earlier drafts, making any older hints or leaks quite unsubstantiated this far along in the process.

However, we do know for certain that the film will continue the crime-solving adventures of Sherlock Holmes and John Watson — which comes as no surprise to anyone. 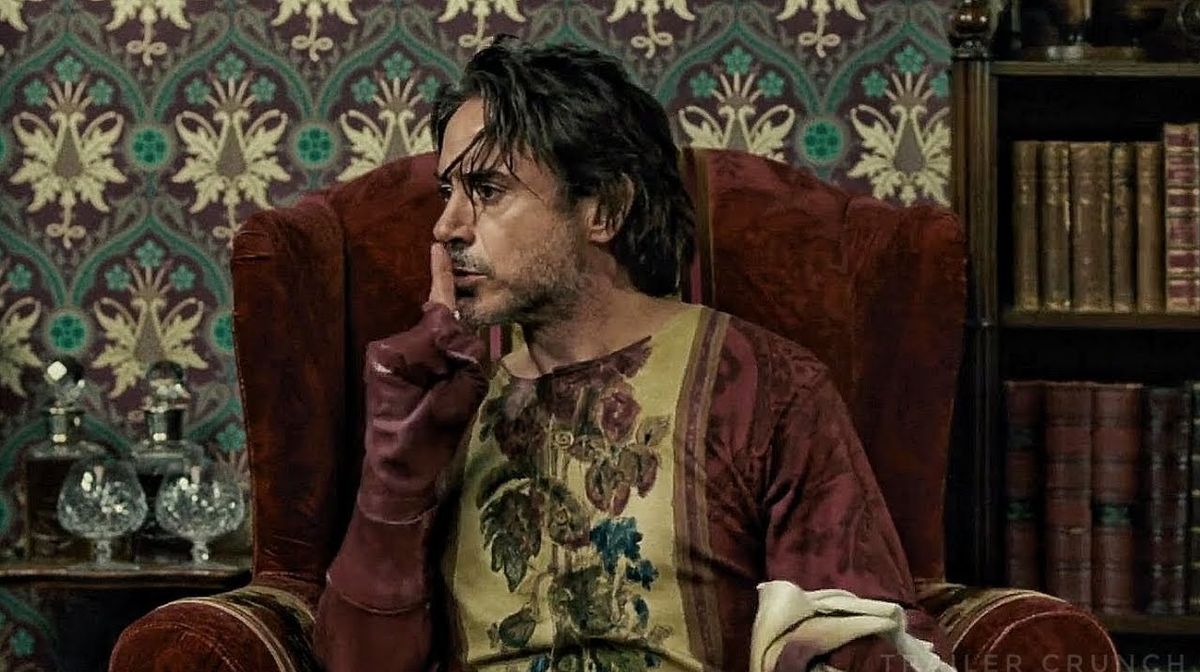 And — not so long ago — in 2018, Law revealed in an interview with EW, “…it’s been several years since we’ve seen them [Holmes and Watson] — we’re going to play up the fact that they haven’t seen each other for a long time either.”

This proposes a time-jump from the events of A Game Of Shadows, which makes sense given that Holmes was presumed dead to the outside world, and Watson had just married his partner Mary.

Which Cast Members Will Be Returning? 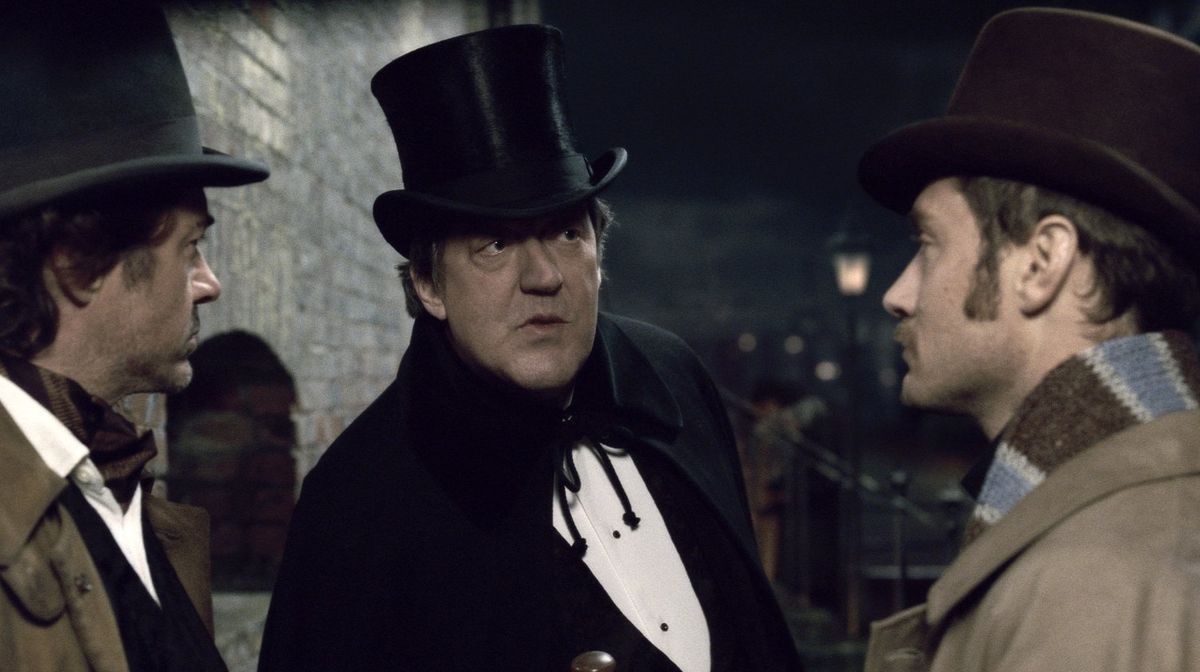 Robert Downey Jr. (Sherlock Holmes) and Jude Law (John Watson) are officially confirmed to be making their return as the dynamic detecting duo.

But that’s unfortunately about as much as we are privy to regarding casting, with no indication as to the presence of Kelly Reilly (Mary Watson), Eddie Marsan (Inspector Lestrade), or Stephen Fry (Mycroft Holmes). 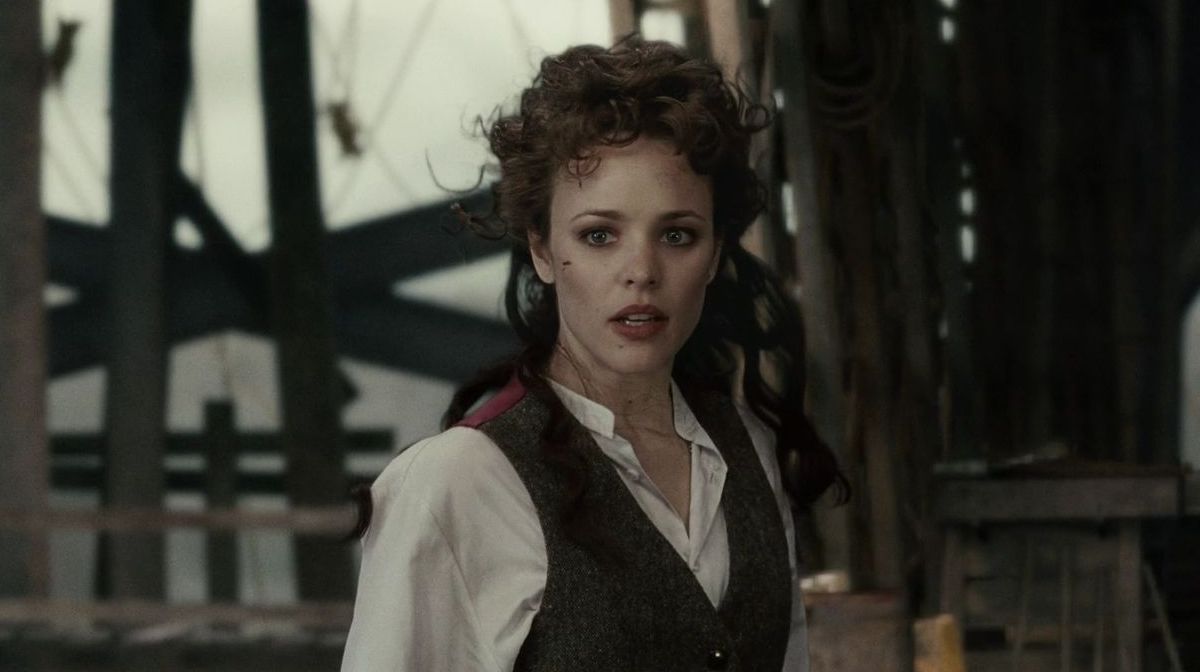 However, Rachel McAdams is rumoured to be revisiting her role as the charismatic Irene Adler.

Who Is The Main Villain Of Sherlock Holmes 3? 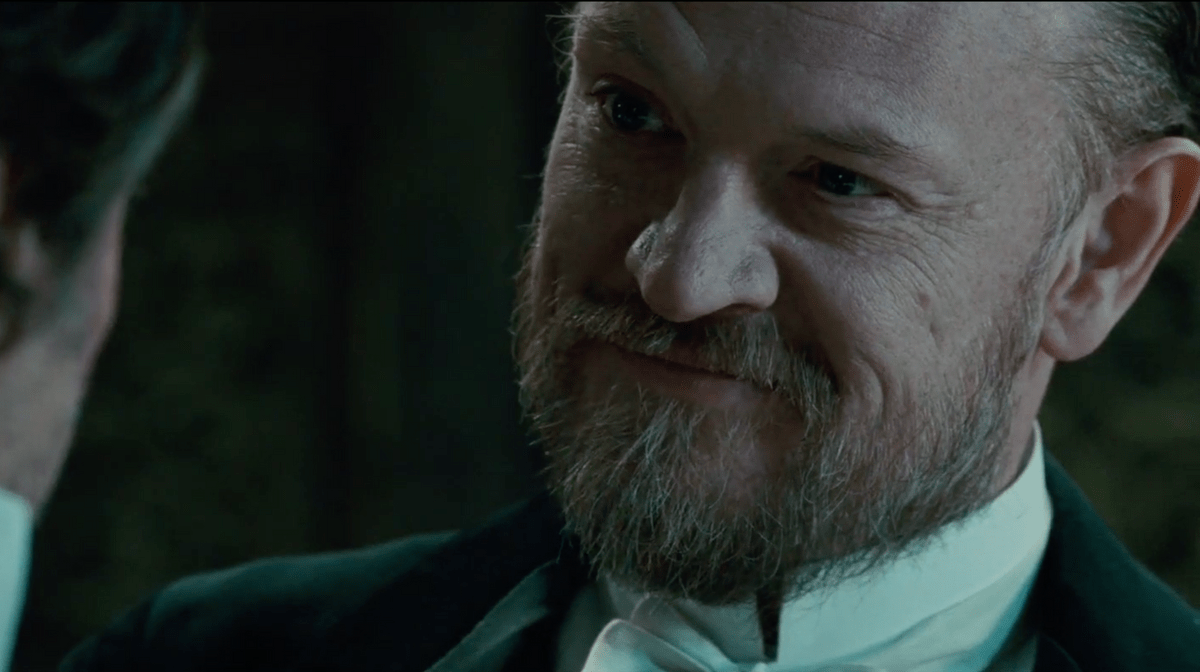 The main villain of the film is yet to be revealed. But with the recent confirmation of a Sherlock Holmes 3 release date, expect details to become public very soon.

Looking back to the first two entries into the franchise, we first saw Mark Strong take the mantle of villain as Lord Henry Blackwood.

This was then followed up by a strong performance in A Game Of Shadows from Jared Harris as Professor James Moriarty. 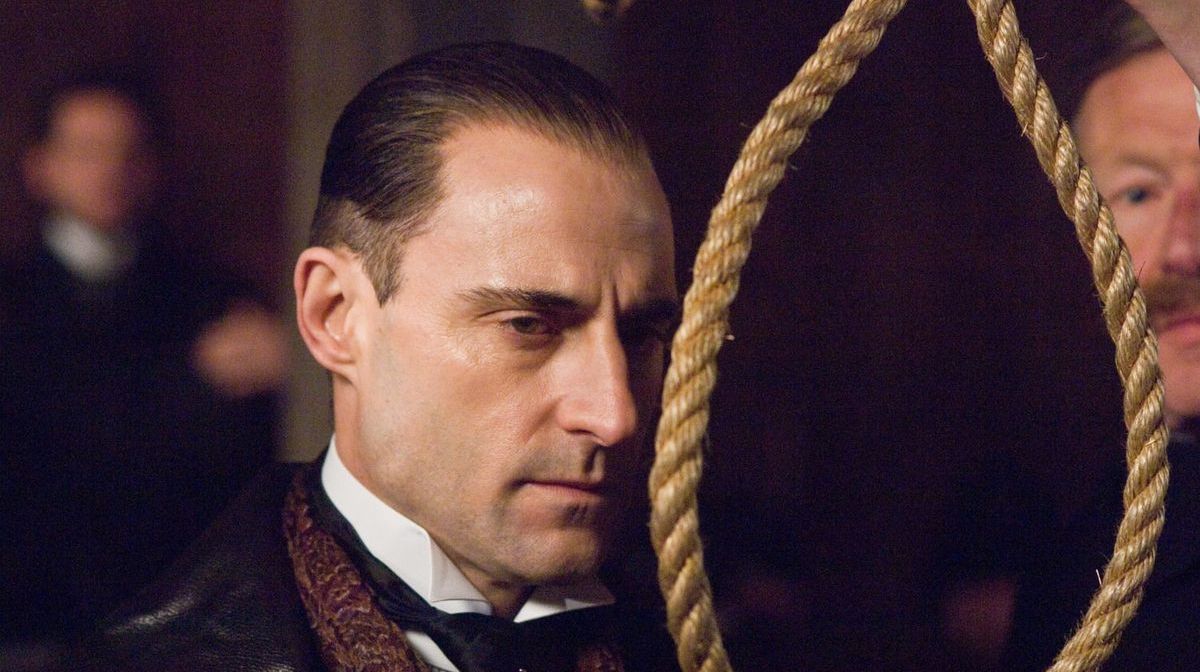 Both antagonists met a gruesome demise, with Blackwood hung from the scaffolds of Tower Bridge and Moriarty tumbling over the side of a waterfall.

While it seems unlikely that Blackwood will resurface, Moriarty is a key component in Sherlock Holmes history.

Taking his place as the undisputed arch-nemesis of Holmes, a resurgence seems more likely — particularly given that Holmes himself survived the plunge. 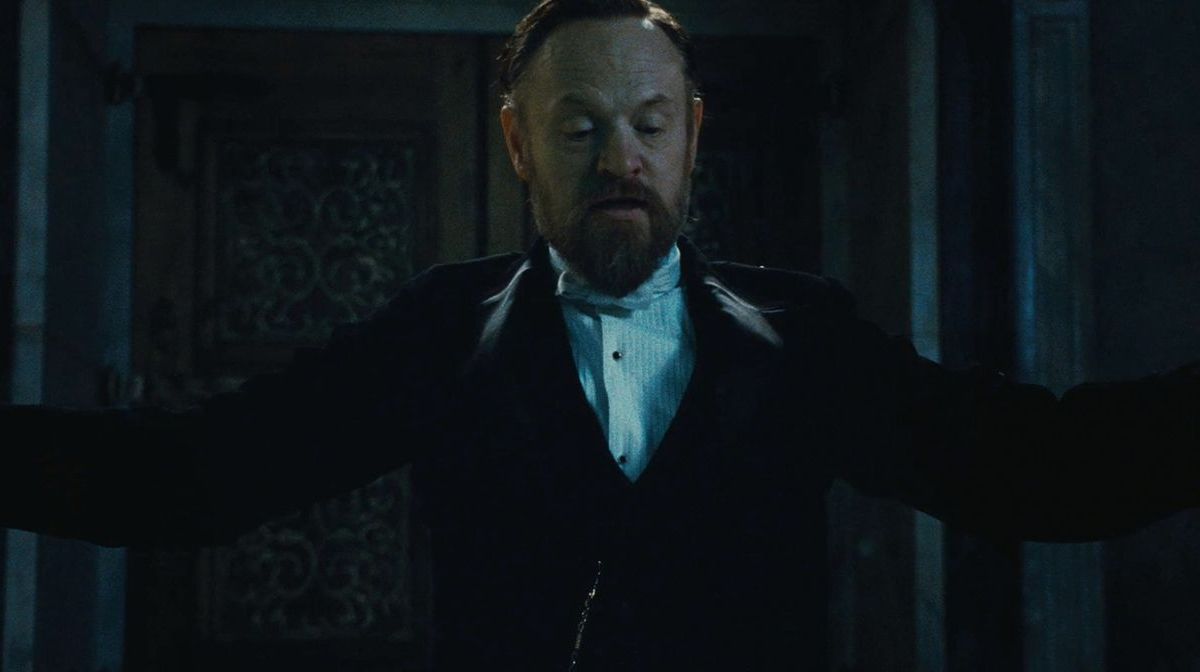 Contrastingly, during an interview with Digital Spy in 2018, Harris explained, “I think the last iteration… for Sherlock Holmes 3, Moriarty wasn’t in it. So, I’m not focusing on it.”

Perhaps he is telling the truth, or maybe this is just another mystery in the enigma that is Sherlock Holmes 3.

Will There Be A Sherlock Holmes 4? 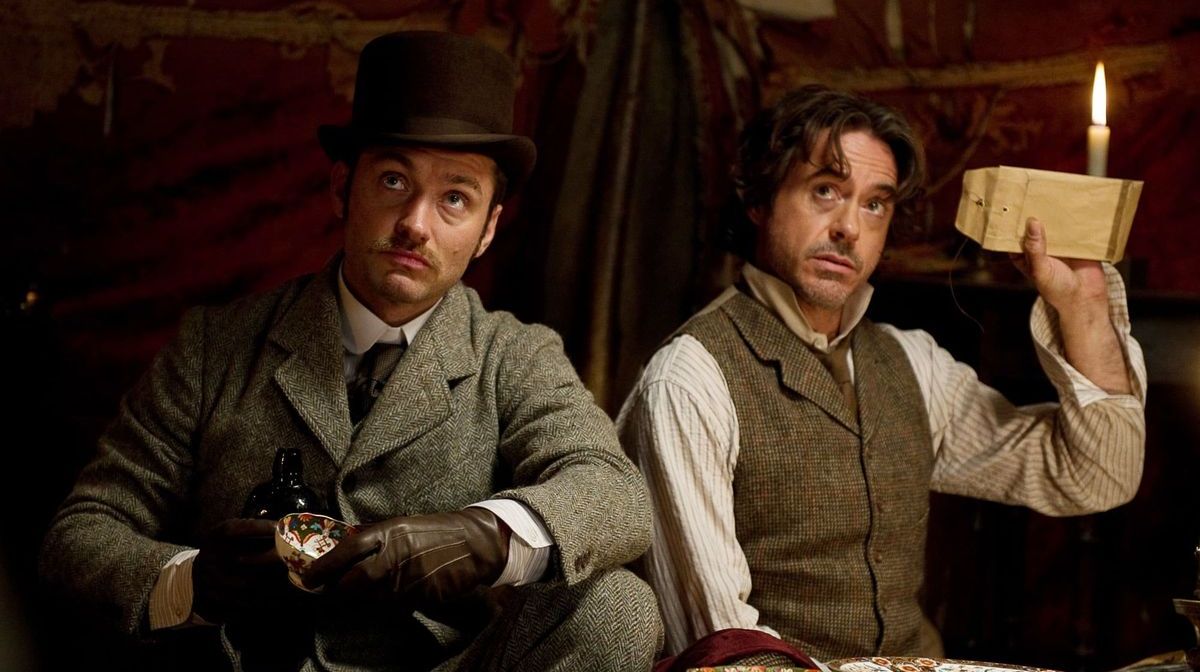 While the film is still in its infancy, currently in pre-production, there is bound to be an exuberant amount of interest in further Sherlock Holmes sequels.

This was, in fact, teased in an interview with Collider all the way back in 2016 with a comment from producer Joel Silver, “I hope [it’s not the last one]. I don’t think so… We can keep going, if people want to do it.” 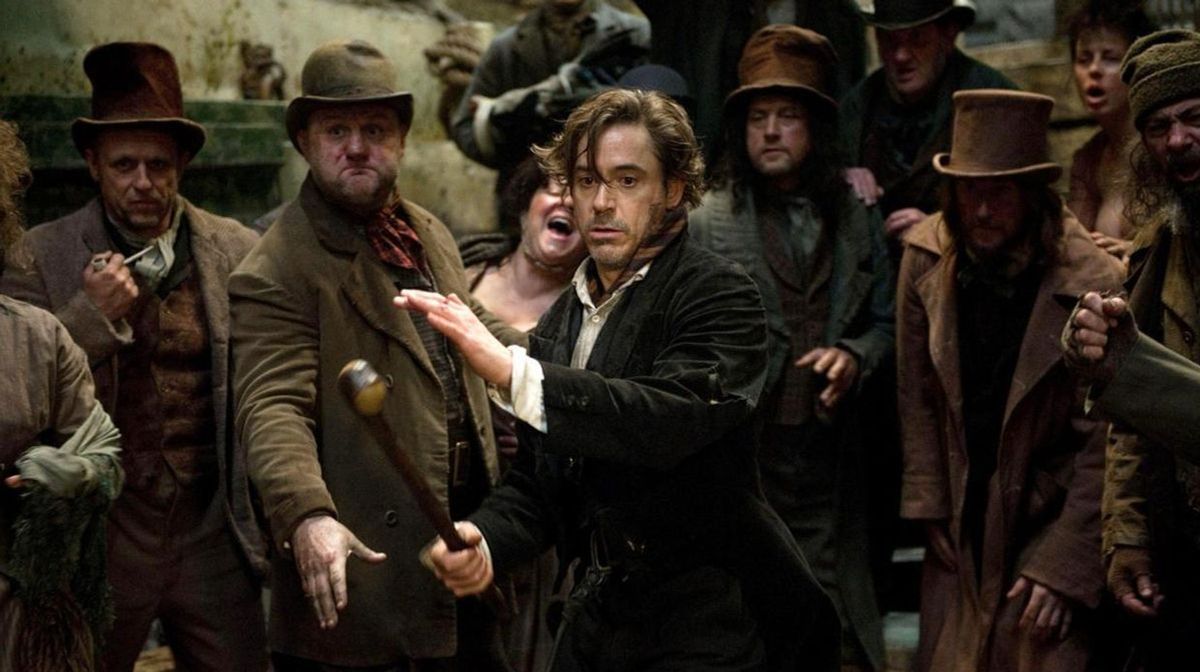 Rumours further began making the rounds (during Digital Spy’s interview) with Moriarty actor Harris adding, “I think they commissioned some writers to write Sherlock Holmes 3 and 4”.

And, four years on, Downey has just parted ways with his iconic Iron Man role (after Avengers: Endgame), vacating his schedule for other alternate projects outside of superhero cinema — as seen with the release of 2020’s Dolittle and his role in an upcoming biopic based on con-man John Brinkley. 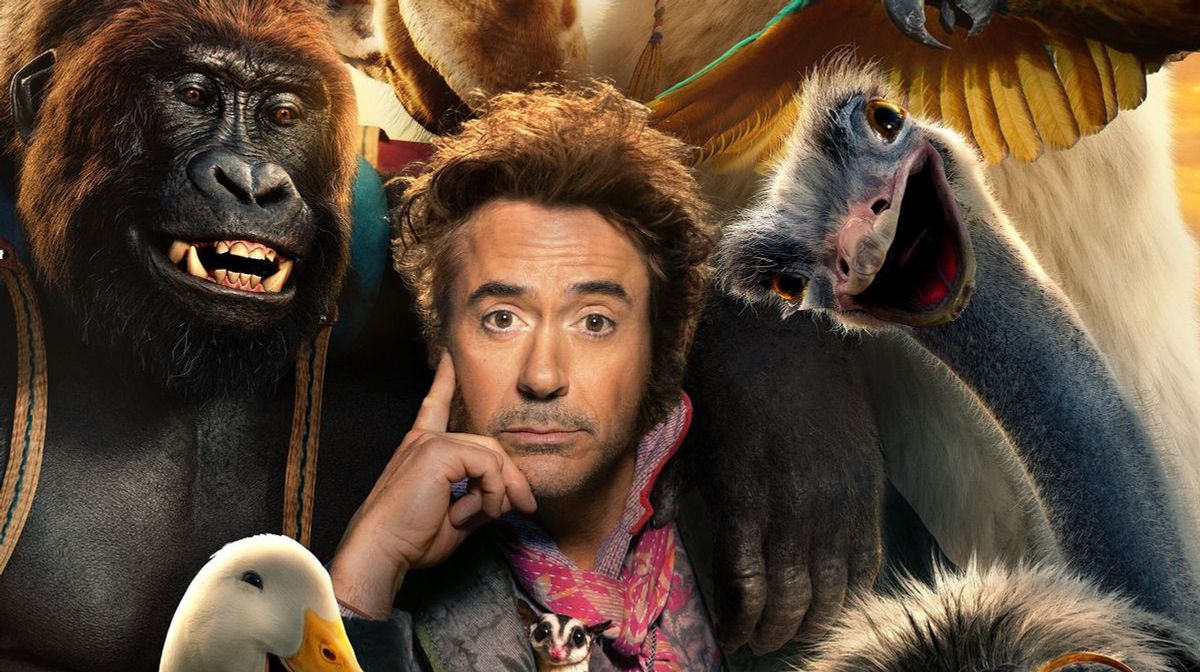 It seems, however, that the Iron Man star is not ready to step away from the cinematic universe formula, expressing his desire to expand the Sherlock Holmes franchise to TV and streaming, including HBO and HBO Max.

It is yet to be seen how successful this latest film will be, as we are still a way away from the proposed Sherlock Holmes 3 release date.

But if BBC’s Sherlock and Netflix’s Enola Holmes reception is any indication, fans are still fervently on board for more from the consulting detective.