Stan Lee cameo appearances have been a defining feature of Marvel movies for decades.

And though the world-renowned comic book creator is sadly no longer with us, we can remember him by looking back on all his greatest moments on the silver screen with fondness.

Lee has appeared in 60 movies, so there are many to choose from. But we’ve collected our personal favourites and whittled the list down to a handful of standouts.

Here is our selection of the top ten Stan Lee cameos… 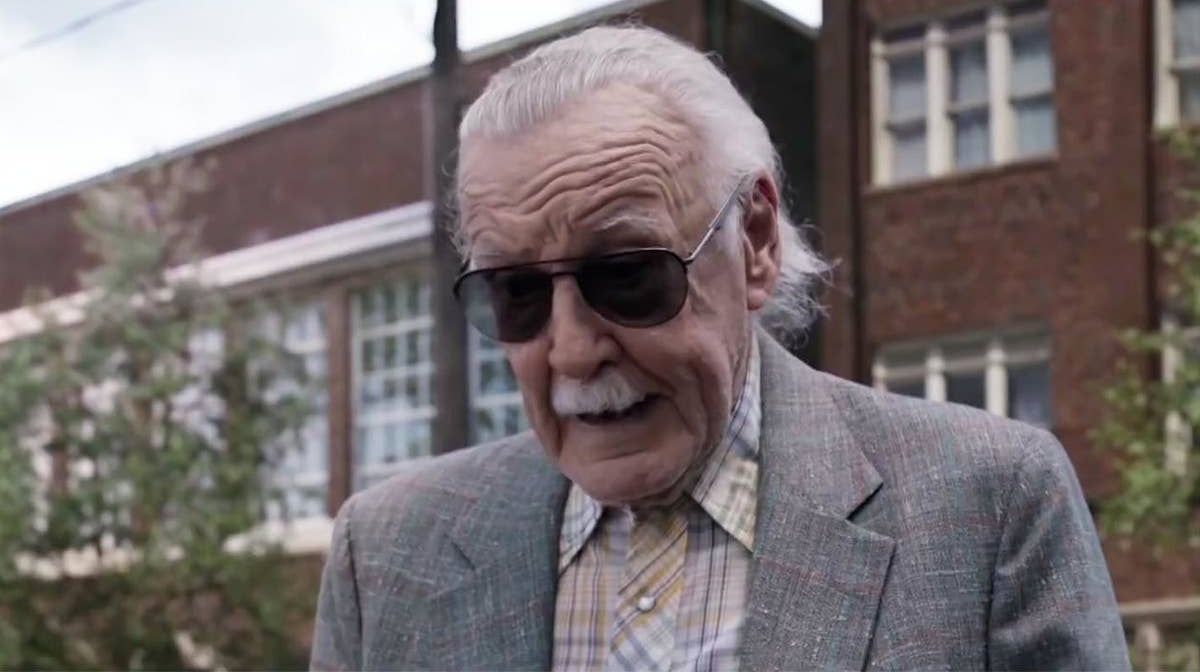 The Ant-Man sequel might not be the greatest instalment in the Marvel Cinematic Universe (MCU), but it did provide us with this absolute gem of a Stan Lee cameo.

During a chase scene, as Evangeline Lilly’s Wasp fires her shrinking projectiles down the street, a misfire causes her to hit Lee’s car.

In a moment of pure comedy gold, Lee plainly says: “Well the ‘60s were fun, but now I’m paying for it.”

The blunt and exasperated way in which Lee speaks his line is typically charming and just makes us chuckle every time. 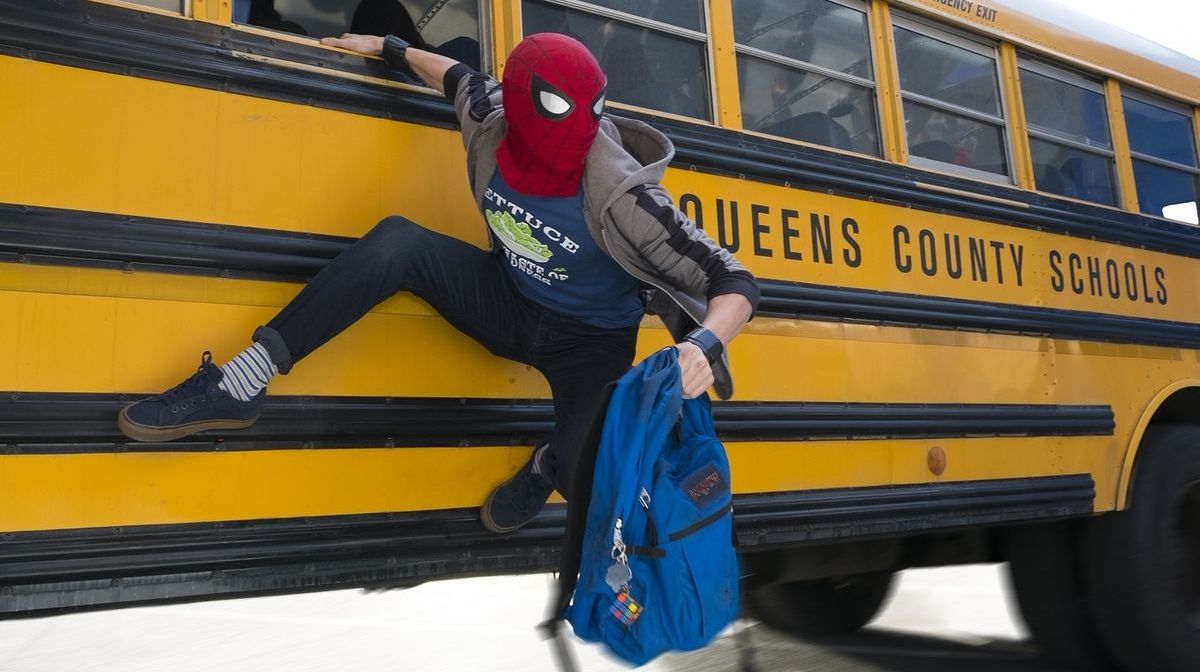 In this Stan Lee cameo, Lee takes on the role of a bus driver, transporting Peter Parker and his school friends on their way to the museum.

A large spacecraft emerges over New York City, causing the students to gawp and jump out of their seats to get a better view. Unfazed, Lee nonchalantly turns and shouts: “What’s the matter with you kids? You never seen a spaceship before?”

Whilst this is hilarious, it also shows how commonplace alien invasions have become after the emergence of the Avengers.

And we can be thankful he is so inattentive, not noticing Peter leaping out of the bus window and swinging below Queensboro Bridge. 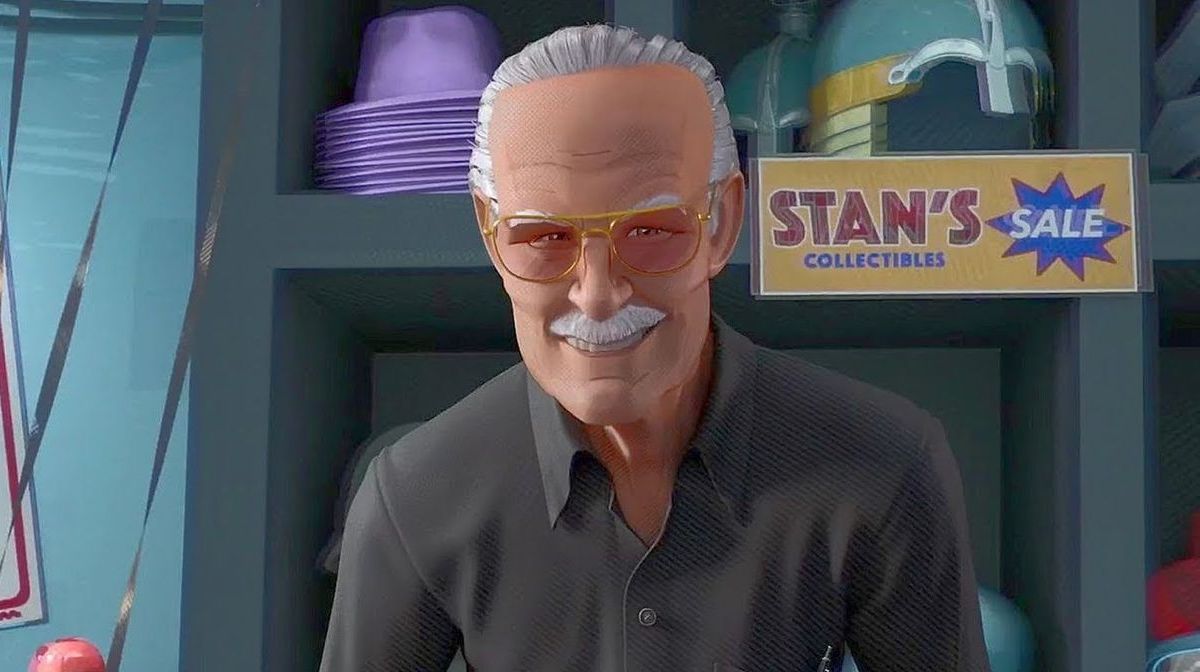 This is a non-traditional Stan Lee cameo, in the sense that it doesn’t actually involve his physical appearance. However, in comparison to many of his other cameos, this is actually one his most significant.

Taking on the voice-acting duties of a shopkeeper, an animated version of Lee sells Miles Morales a crude Spider-Man costume.

Miles is unsure whether the suit will fit, but Lee remarks “it always fits, eventually” before the camera comedically pans over to a ‘No Returns Or Refunds Ever!’ sign.

Producers Philip Lord and Christopher Miller explained how it was important to have his role be more than a simple ‘blink and you’ll miss it’ scene, reminding us that anyone can wear the mask. 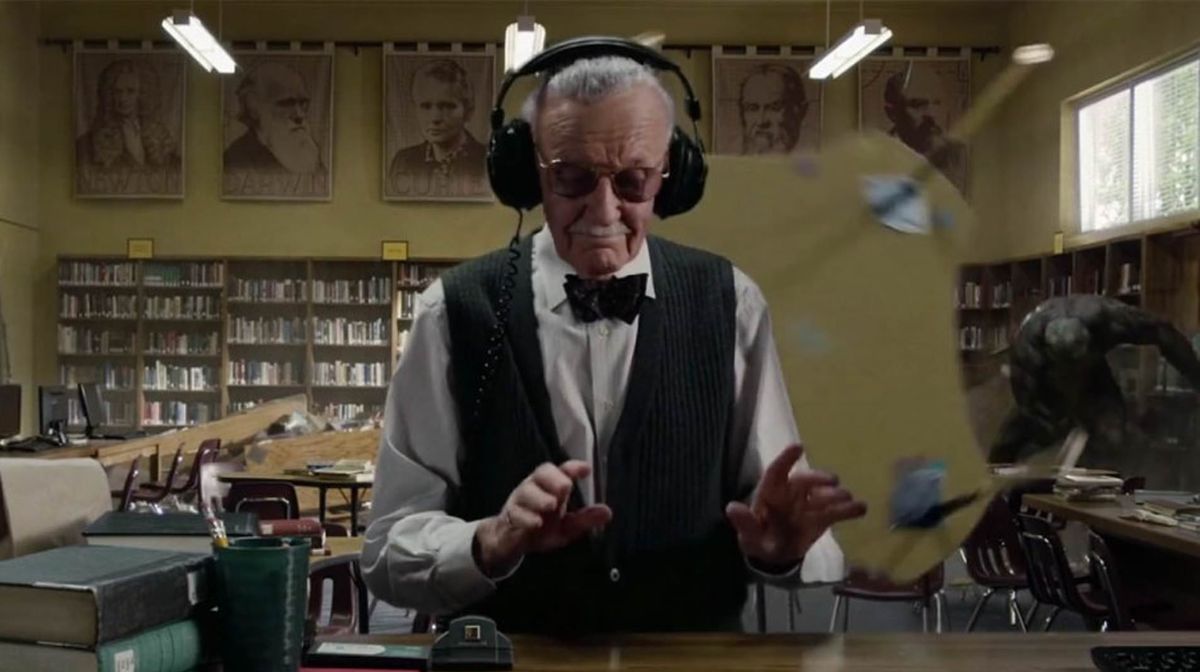 Although The Amazing Spider-Man planned trilogy was prematurely cut short, it did provide us with a Stan Lee cameo that stuck in the mind long after the credits rolled.

Playing the part of a school librarian, Lee doesn’t have any speaking lines, but he is placed front and centre in the middle of the action — as the eponymous Wall Crawler cracks heads with the Lizard.

Almost hit by a flying table, Lee goes about his business oblivious to the action unfolding around him, thanks to some very impressive noise-cancelling headphones. 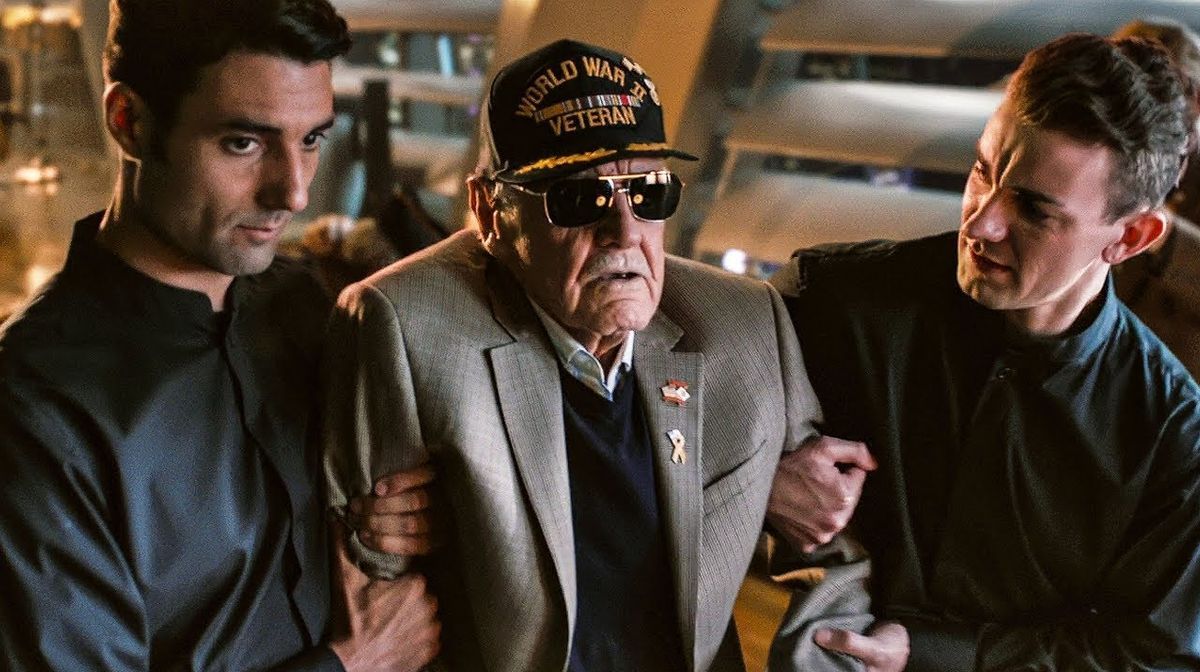 Nobody would ever call this great man anything less than a mighty legend, worthy of joining the likes of Thor, Odin, and Heimdal in the halls of Asgard.

But, unfortunately, Asgardian-concocted alcohol is still a no go, even for this larger-than-life creator.

As Thor celebrates the defeat of Hydra at the Avengers Tower, he starts pouring a pungent drink for himself and his allied Super Soldier, Steve Rogers, to which Lee decides upon indulging.

We then skip forward to see a drunken Lee being carried out by two men, letting out one final murmur of “Excelsior!” under his inebriated breath. 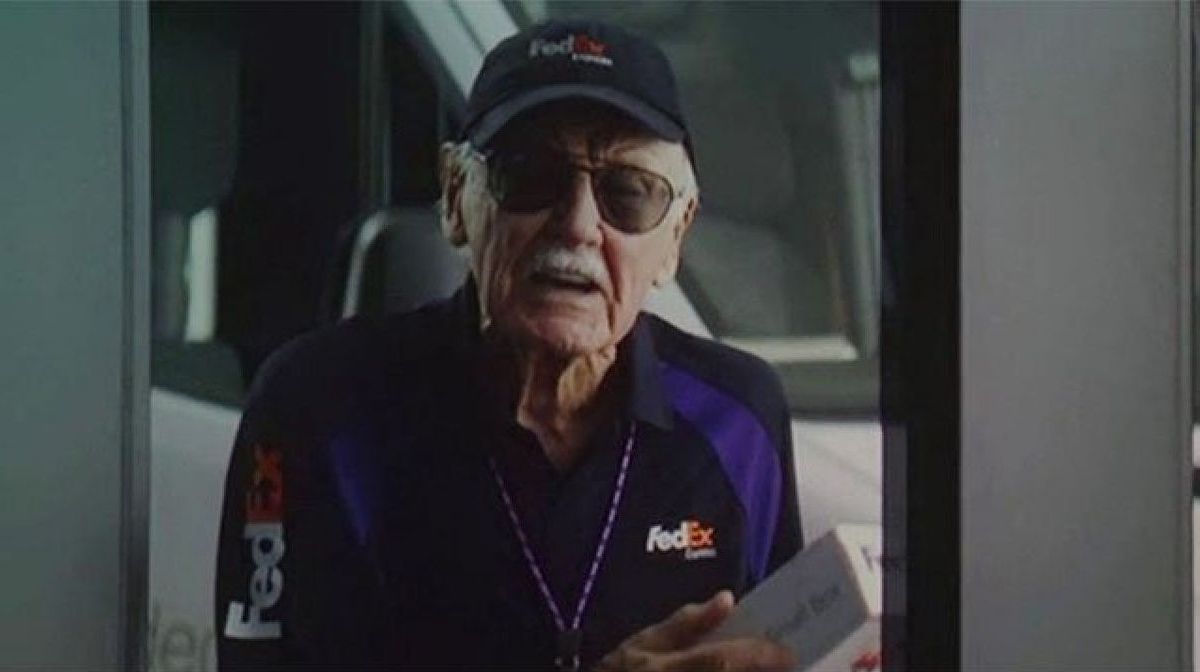 During the heart-wrenching events of Civil War, the audience was in dire need of some levity to lighten the mood…

In came the obligatory Stan Lee cameo as the great man himself knocked on Tony Stark’s door in the humble attire of a FedEx courier.

What makes this cameo so memorable is Lee’s intentional mix up of Tony’s name: “Tony Stank”. 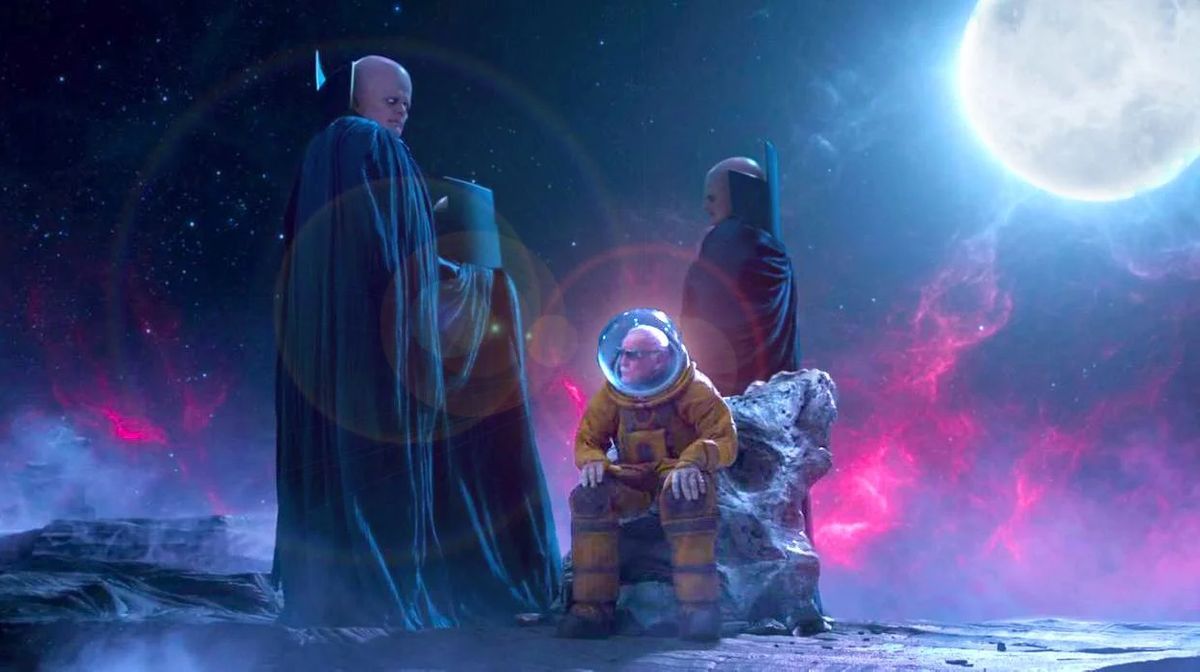 This might be the best in-continuity explanation we have for every Stan Lee cameo appearance.

As the Guardians spiral through a vortex in space, we see Lee sat in a bright yellow spacesuit chatting to a group of large-headed aliens.

Any Marvel Comics fan will know that these unsightly beings are none other than the Watchers: the impartial overseers of the universe.

“That time I was a Federal Express man,” Lee explains — a direct call-back to his cameo in Captain America: Civil War. As such, it can be assumed that all of Lee’s previous cameos are some sort of ploy by the Watchers to keep an eye on everything. 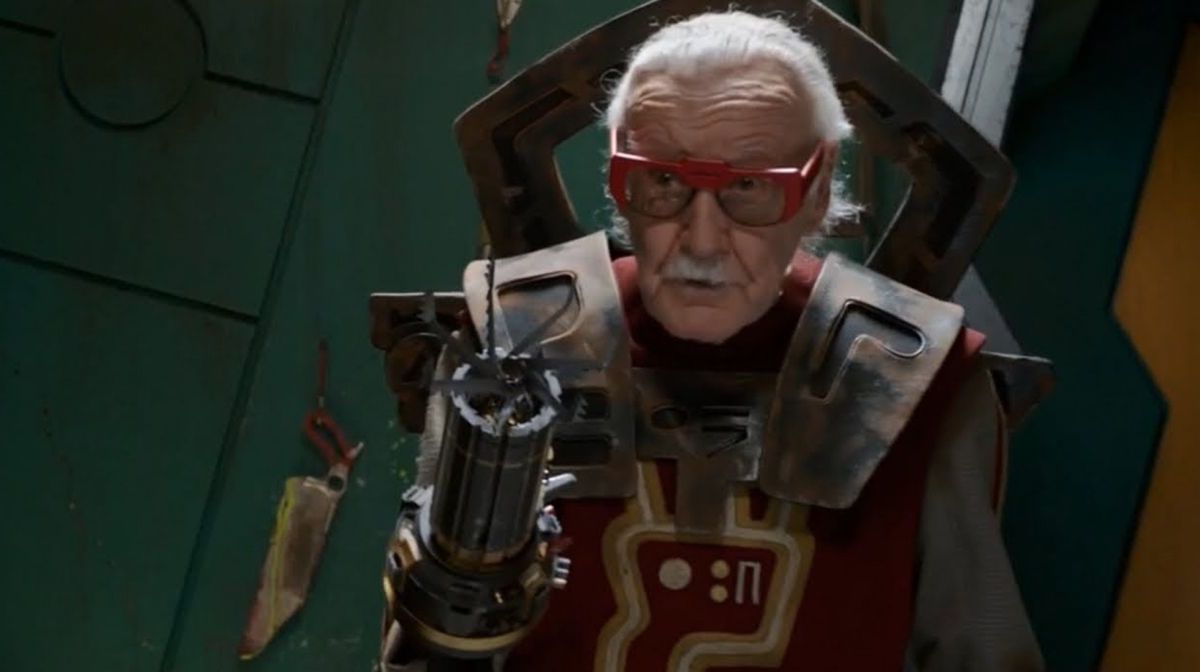 Following on from Thor’s imprisonment by the Grandmaster on the planet of Sakaar, the Asgardian’s lovely locks are tragically removed by the unsteady hands of one of the servants — who just so happens to look a lot like Lee.

He comments “my hands aren’t as steady as they used to be” while brandishing some scary hair-styling equipment, which looks more like something a torturer would use. 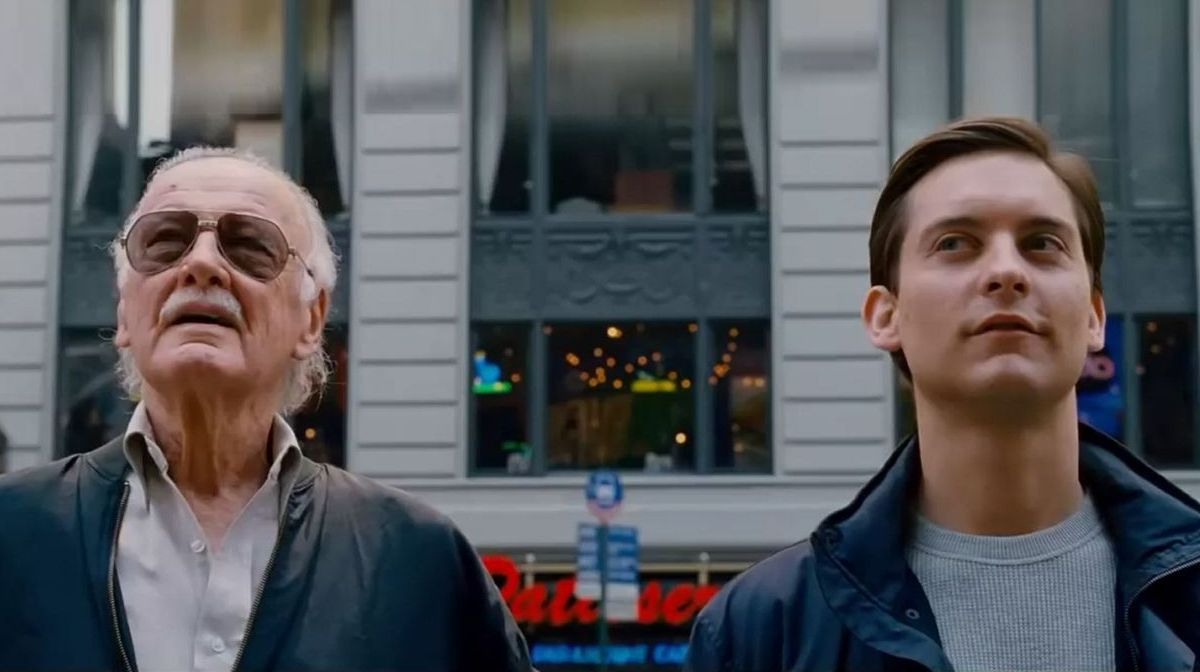 It is hard to call this appearance a ‘Stan Lee cameo’, because it is a fully credited role. Yet this makes it an even more significant inclusion.

Lee acts out the part of ‘The Man In Times Square’, where he and Peter Parker stand side by side and examine a news ticker.

Turning to Peter, Lee proceeds to comment: “You know, I guess one man can make a difference… Nuff said.”

This is arguably one of the few occasions where Lee’s roles have transcended fan service, leaving a genuine impression on Peter and influencing his character journey. 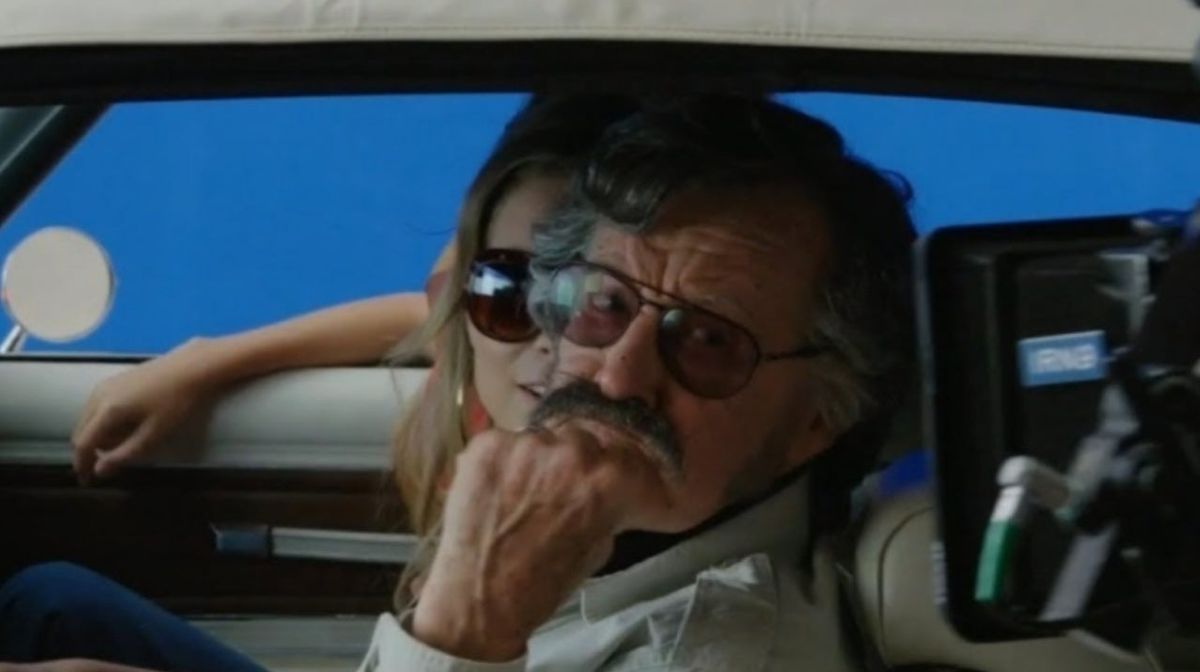 Perhaps this isn’t the most bombastic Stan Lee cameo on the list, or even the most memorable, but Avengers: Endgame marked the climax of the Infinity Saga and — more significantly — was Stan Lee’s last cameo.

As with every entry to this list, Lee imbues that same passion which followed him throughout his successful career, yelling out “hey man, make love, not war” as he passes the Camp Lehigh army base — infiltrated by Tony Stark and Steve Rogers in an attempt to steal the Tesseract and recover their supply of Pym Particles.

Lee is de-aged and also joined by a digital recreation of his wife, Joan Boocock Lee, capturing their likeness as they appeared in the 1970s.

For more from Stan Lee, explore our complete range of Marvel merchandise.