During DC’s lauded fan event DC FanDome, we were bombarded with an expansive list of surprises to satiate our DC thirst.

Among these surprises was the reveal of WB Games’ newest deluge into the Batman mythos, with their long-awaited announcement of the upcoming video game Gotham Knights.

The premise for WB Games’ Gotham Knights is a simple one: Bruce Wayne is dead. Batman is gone. And now it is up to his proteges — the titled Gotham Knights — to take up his mantle as defenders of Gotham City.

WB Games have confirmed that Gotham Knights is not a continuation of the Arkhamverse, so this is an entirely new take on the familiar characters of past Batman games.

Each character boasts a unique set of skills and abilities, and they can be played in solo or two-payer co-op.

But before you pick up the controller and take-up the reins as Gotham’s protectors, find out just who the Gotham Knights are. 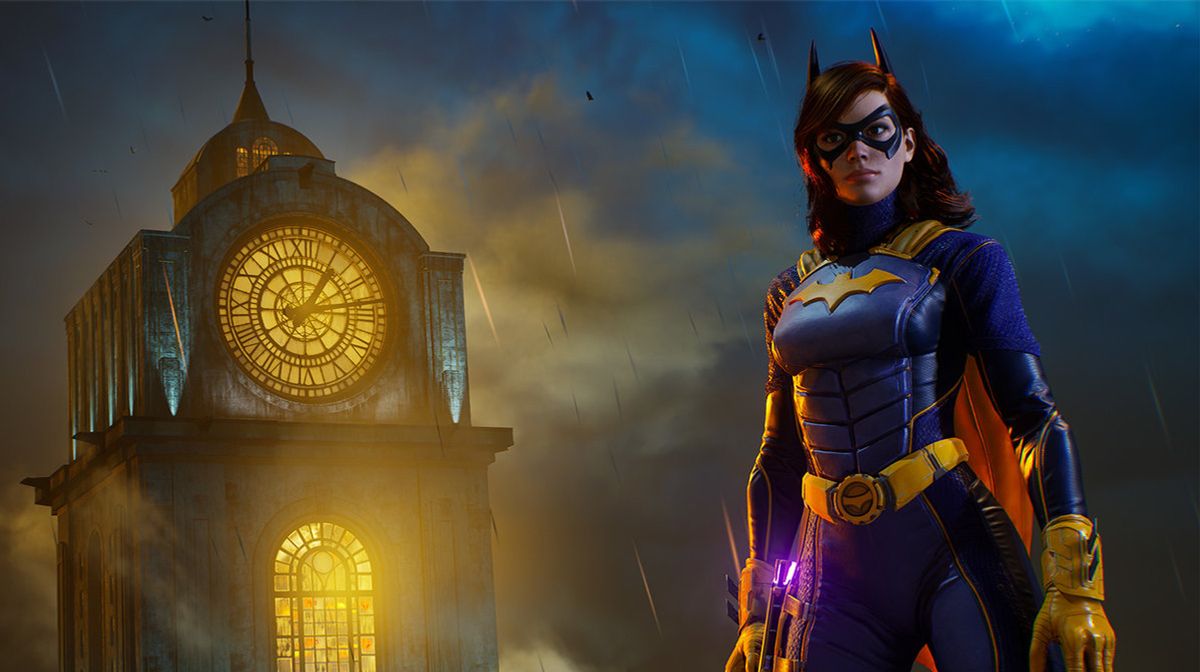 Barbara Gordon made her first appearance as Batgirl in Detective Comics #359 in 1967 and has gone on to become the most famous of all the superheroines to don the cowl, alongside such characters as Stephanie Brown and Cassandra Cain.

The daughter of police commissioner James Gordon — who, as of the time period of Gotham Knights, is deceased — Barbara is a staunch defender of justice.

Though the GCPD have turned their backs on the city’s masked heroes, Batgirl continues her crusade against the criminals of Gotham. 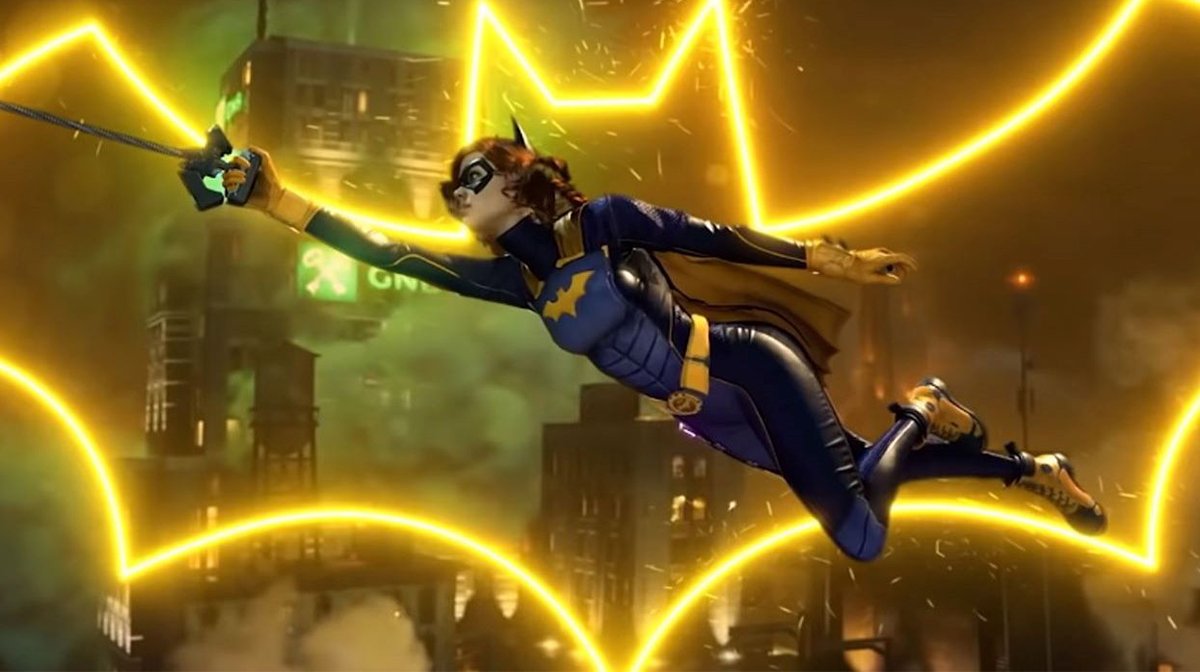 Gotham Knights presents Barbara as recently rehabilitated from the confines of a wheelchair, following a brutal bullet wound courtesy of the Joker, relinquishing her role as the tech-savvy Oracle and resuming her mantle as Batgirl.

Reminiscent of Batman’s play-style in the Arkham games, Batgirl is able to glide and grapple across the city’s rooftops, and she wields a pair of tonfa (baton-like weapons) to wage war against Gotham’s underbelly.

Although her days as Oracle are now behind her, she is also highly proficient at hacking and coding, making for some dynamic gameplay opportunities. 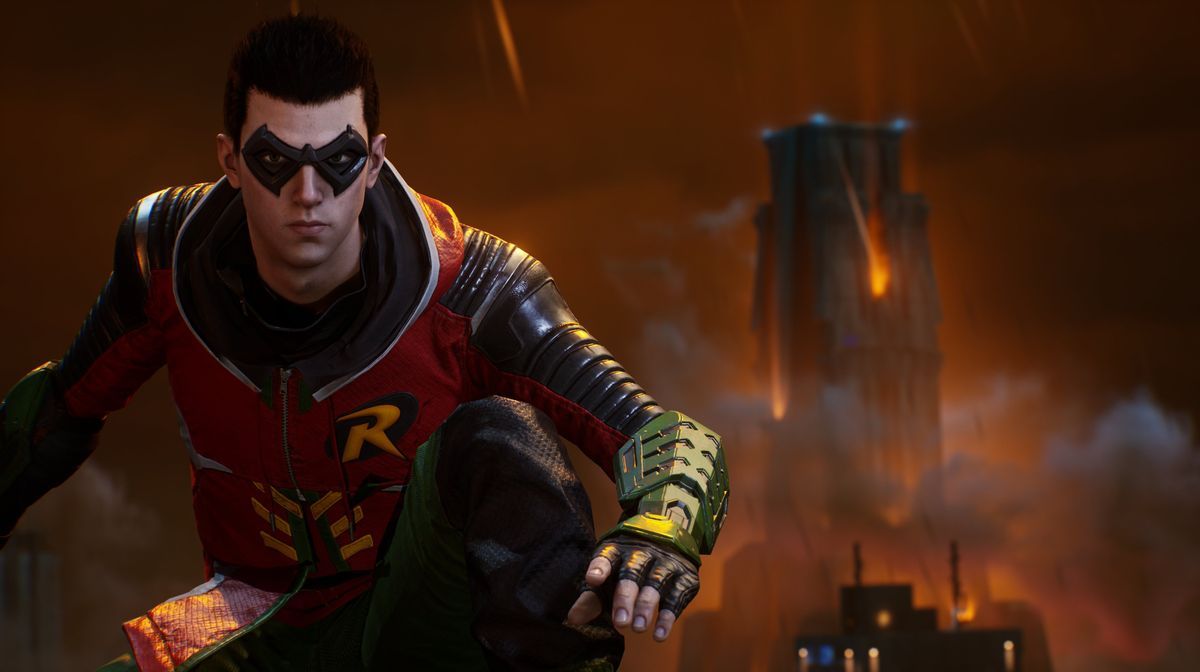 There has been a great deal of misconception surrounding this iteration of the Boy Wonder, with many a keen-eyed fan noting his uncanny resemblance to Batman’s sword-touting son — Damian Wayne.

However, it has been confirmed by the developers that this Robin is in fact Tim Drake — the world’s second greatest detective (or is it now the first?).

Debuting in Batman #436 in 1989, Tim deduced Batman’s identity through his natural talent for detecting, attaining the position of Robin following the violent death of his predecessor, Jason Todd. 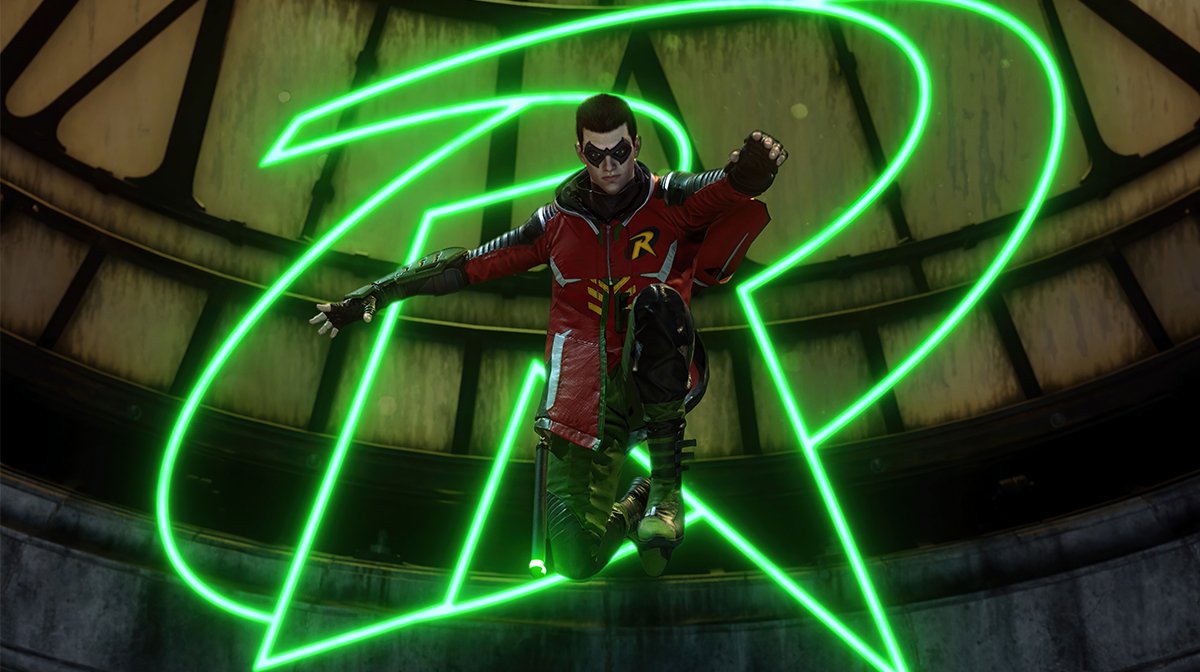 Unlike other heroes who have suffered great loss at the hands of crime, Tim’s drive for justice is motivated entirely by adoration for his mentor and his internal sense of right and wrong.

In Gotham Knights, Robin is presented as the stealthier member of the Bat-Family, turning invisible and boasting the ability to teleport — which WB Games have cleverly rationalised as harnessing the transportation systems of the Watchtower (the Justice League’s outer-space base of operations).

When the going gets rough, Robin has been shown wielding a collapsible quarterstaff, fitting in with the character’s comic book routes. 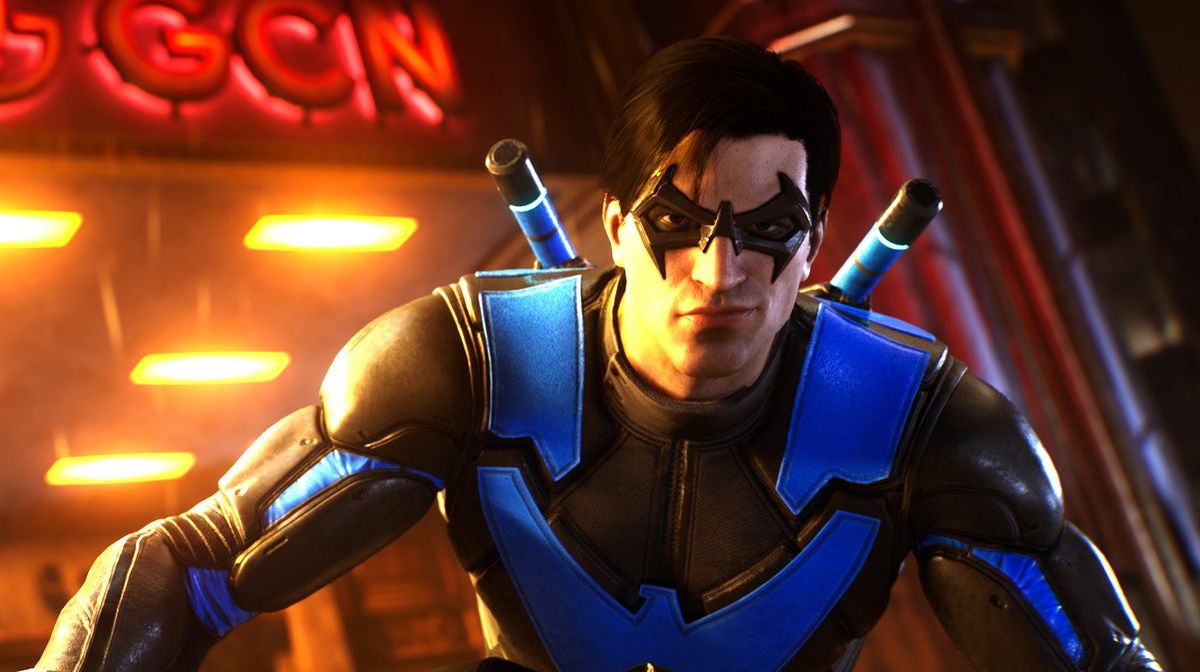 The first Robin, Dick Grayson, made his debut in Detective Comics #38 in 1940 as the orphan child of a pair of acrobat performers, the ‘Flying Graysons’, who were murdered during one of their death-defying stunts.

Adopted by millionaire Bruce Wayne and trained to fight injustice, Grayson would hold the mantle for years before finding a new identity as the vigilante Nightwing, moving his stomping grounds to the crime-filled streets of Blüdhaven.

Now returned to Gotham, Nightwing can be seen bearing a similar appearance to his stint in the Arkham games, still wielding his signature dual escrima sticks. 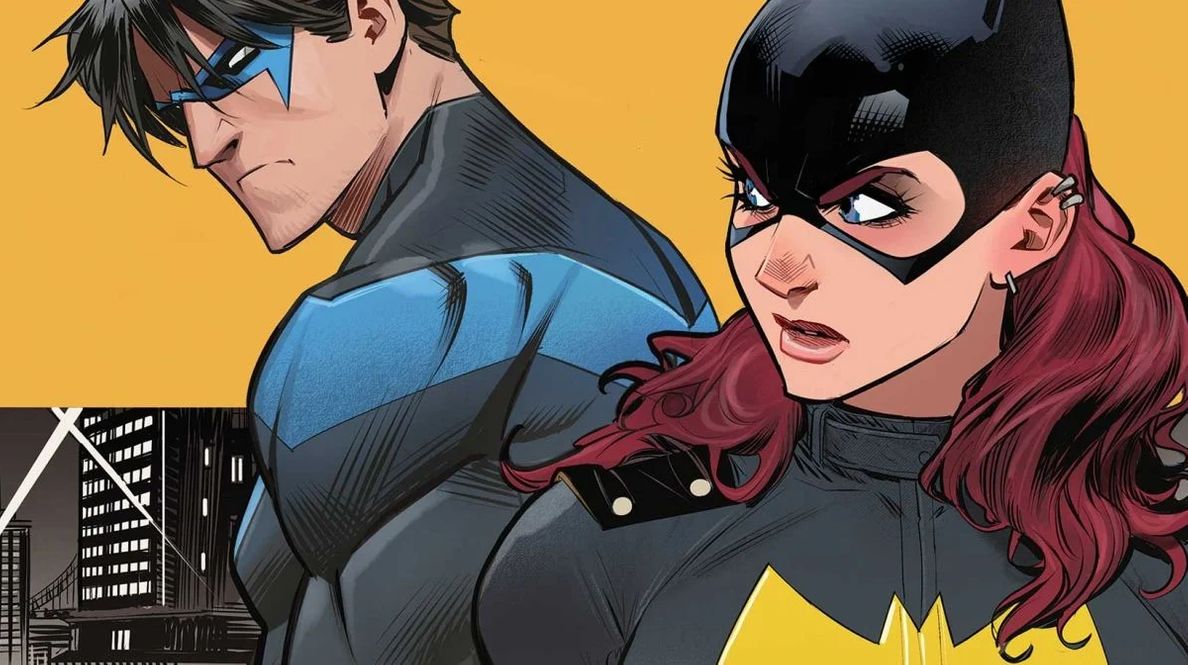 Unlike his fellow crime-fighters, Nightwing is more acrobatic, shown to be able to run on walls and perform flips — both in and outside of combat.

Frequently presented in an on-off relationship with fellow Gotham Knight Batgirl, it awaits to be seen whether this aspect of their relationship will be explored within the game’s narrative.

Nothing is certain, however, as Tim Drake took Dick’s position as love interest in the Arkham games — even marrying Barbara, as was revealed in the DLC A Flip Of A Coin, which acted as an epilogue to the game’s main events. 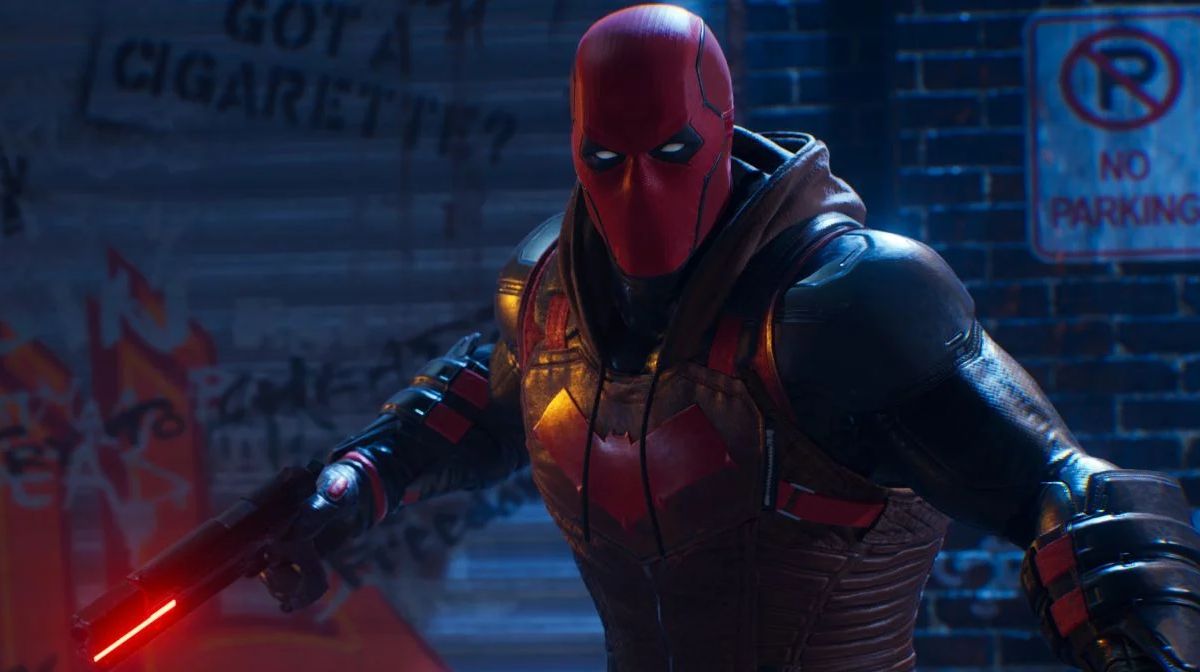 The dark horse of the Bat-Family, Jason Todd was the second Robin, marking his first appearance on the pages of Batman #357 in 1983.

Born on the streets of Gotham, Jason is far more brash and aggressive than Dick or Tim. These were traits that would result in his death at the hands of Joker, beaten to death with the cold steel of a crowbar.

Resurrected by the healing pools of the Lazarus Pit (or by the world-shattering punch of an alternate universe Superman, depending on the era), Jason returned to Gotham vengeful and reborn as the Red Hood. 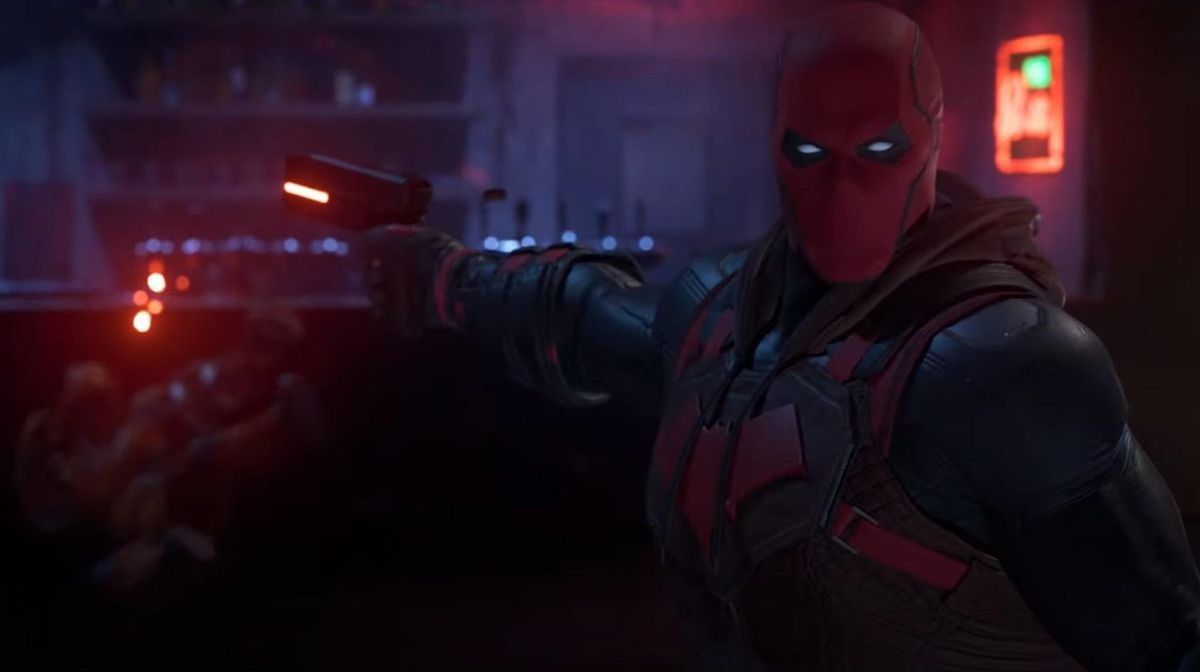 Gotham Knights depicts Todd bearing a white streak in his hair and a scar across face, no doubt a result of his death and subsequent rebirth.

He is shown to harness dual guns, presenting a more range-centric play-style.

However, though his arsenal is more firearm heavy than his cohorts, it is confirmed that Red Hood will be adopting the non-lethal approach of his Bat-Family allies. 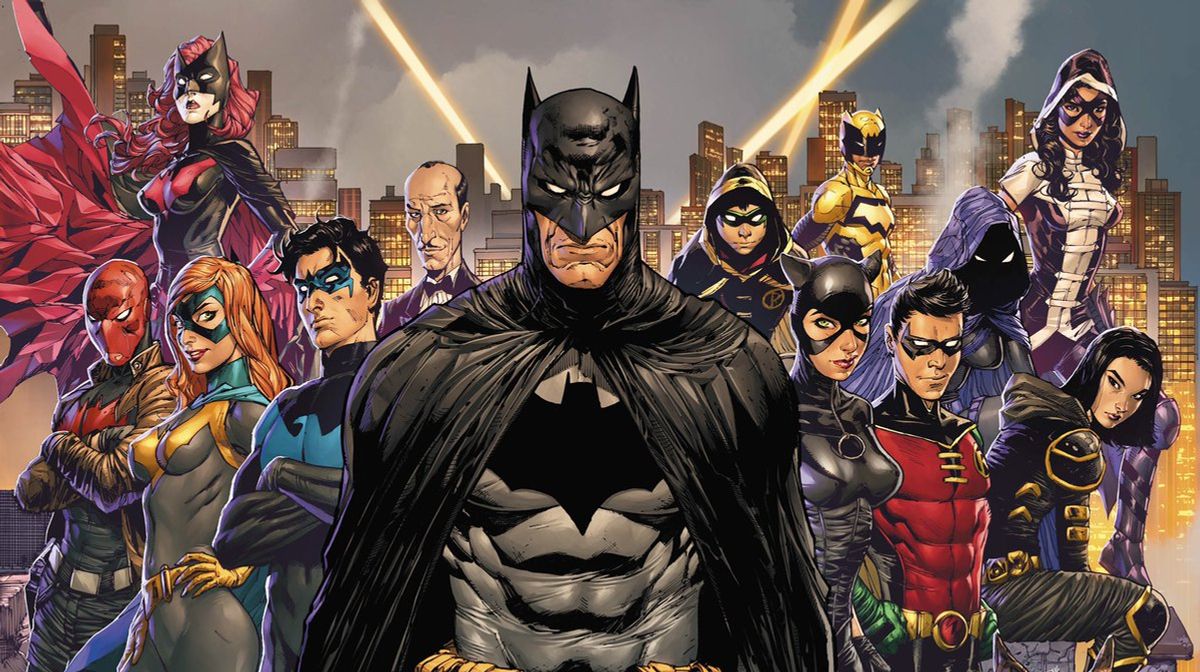 This is no doubt only the beginning of WB Games’ plans for the Batman universe, with opportunities for more characters on the horizon.

And with such a broad history of Bat-Family members and allies to pull from, we could be seeing Batwoman, Spoiler, Orphan, Huntress, Azrael, Damian Wayne, and many more in the near future.

Although WB Games are insistent that the Dark Knight is certifiably dead, don’t be surprised if Batman makes a resurgence at some point down the line — whether that be in the base game, DLC, or a future sequel.

Gotham Knights is set to release in 2022 on PS4, Xbox One, PC, PS5, and Xbox Series X. Check out Zavvi’s wide range of Batman merchandise for more from your favourite Gotham Knights.