In 2020 an intense short film from director Parker Finn caught the attention of hardcore horror fans.

Laura Hasn’t Slept followed a young woman who was afraid of sleeping due to the recurring vision of a nightmarish figure staring back at her.

Over the course of a therapy session recounting her experiences, it becomes clear that the line between dreams and reality is fading, with the film being as thoughtful as it is terrifying.

Two years later Finn has returned with his debut feature, a loose adaptation of that short film. He never initially intended to revisit Laura Hasn’t Slept, but as he told Zavvi, the process of editing that short unleashed something new and terrifying that he wanted to explore further.

“I think the best short films can stand alone and exist in their own right. But when I was in post-production finishing that film, there was something about it that lingered and kept nagging at me.

“This concept for a larger film started to emerge and I just got obsessed with it. I couldn’t get it out of my head.”

Smile picks up with Dr. Rose Cotter (Sosie Bacon, daughter of Kevin), a psychiatrist at a mental hospital, whose life forever changes when she is approached out of the blue by a new patient.

Just a few days ago, the patient was fine – but now she sees people randomly smiling at her, warning of her imminent death. Before Rose can offer long-term help, this patient gruesomely dies in front of her eyes, with the smiling curse then passed on to her.

The film directly deals with the stigma those with mental health issues face regarding getting people to listen to their struggles, using the allegory of a mystical curse to explore their increased alienation from loved ones who don’t know how to help. 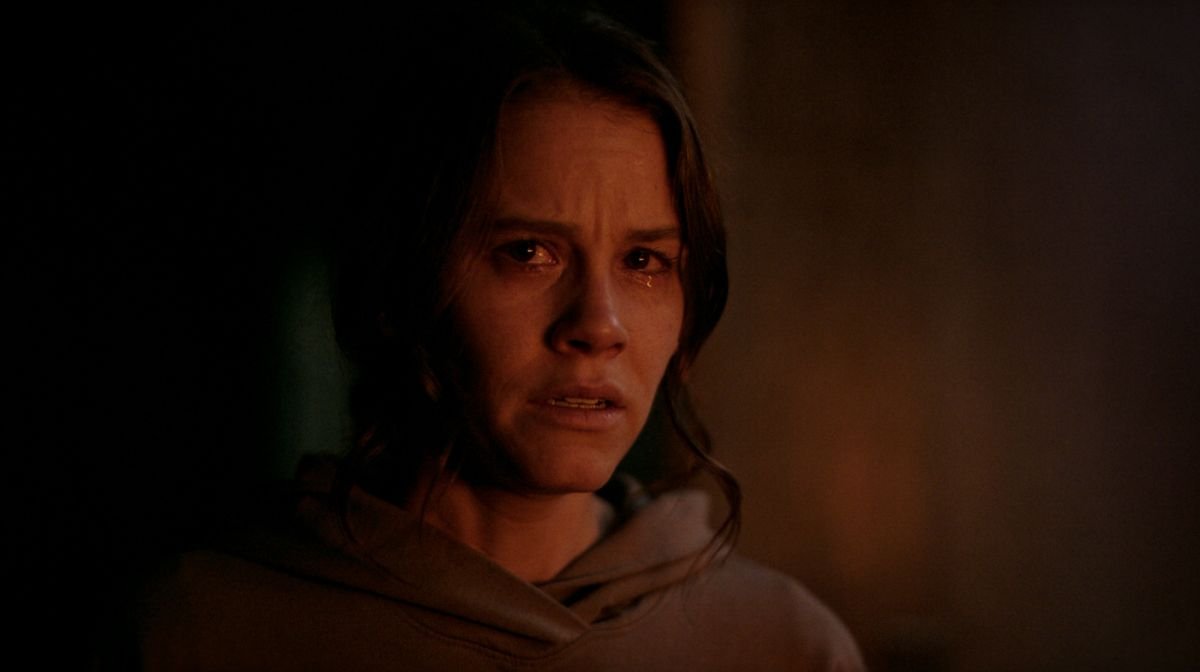 But it’s also a nerve-shredding psychological horror, designed to make audiences sh*t themselves – a balance that’s difficult for a filmmaker to maintain. Finn explained:

“It was very important for me to walk the line between those two aspects. I needed to make sure that the film was on the one hand doing this big bombastic, scary thing, but at the same time, I wanted to tell a story that was far closer to an intimate character drama, exploring the human condition.

“The thing that most scared me was the ways in which it can be terrifying to just be a person walking around with these thoughts, not being able to distinguish them from reality. 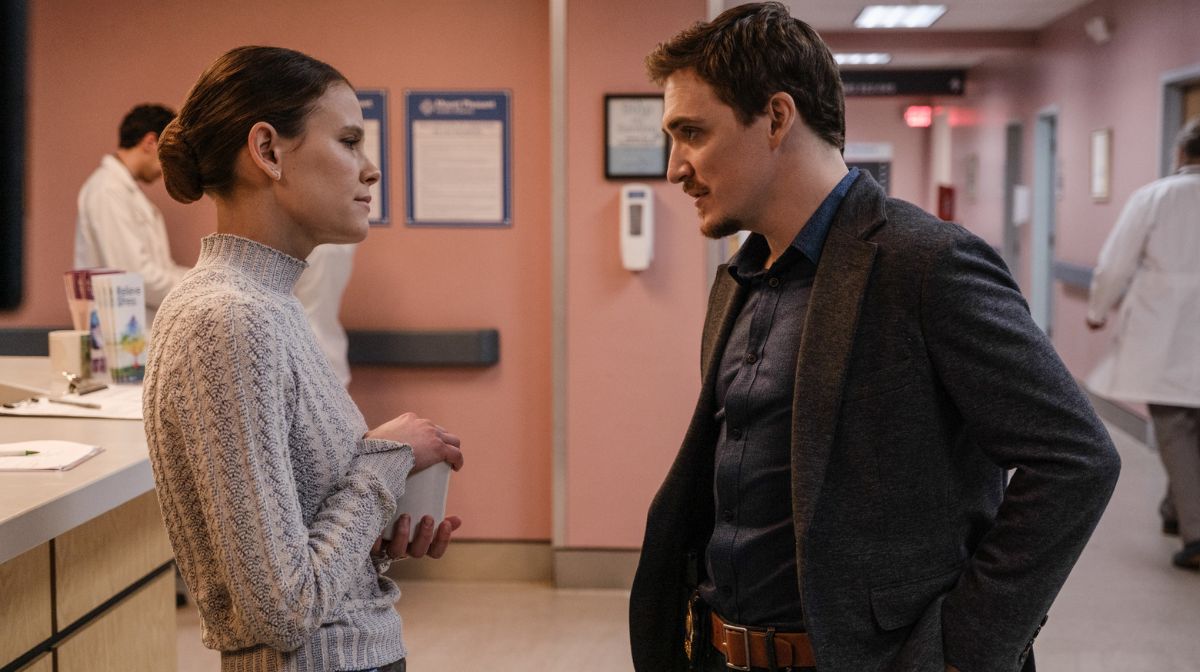 “The character of Rose is in almost every scene and that role requires the actor to go to some dark, difficult places. When I first met Sosie, I knew that she was an incredible actress, with an innate ability to draw an audience in with empathy and emotion.

“She’s so grounding as a performer that when she goes to these heightened places of emotion and anxiety, you can’t help but go on that ride with her. After our initial meeting I called the studio right away and said, ‘we found our Rose’.”

Bacon is no stranger to intense roles, having portrayed characters with severe mental and emotional struggles in hit series like Scream and 13 Reasons Why. 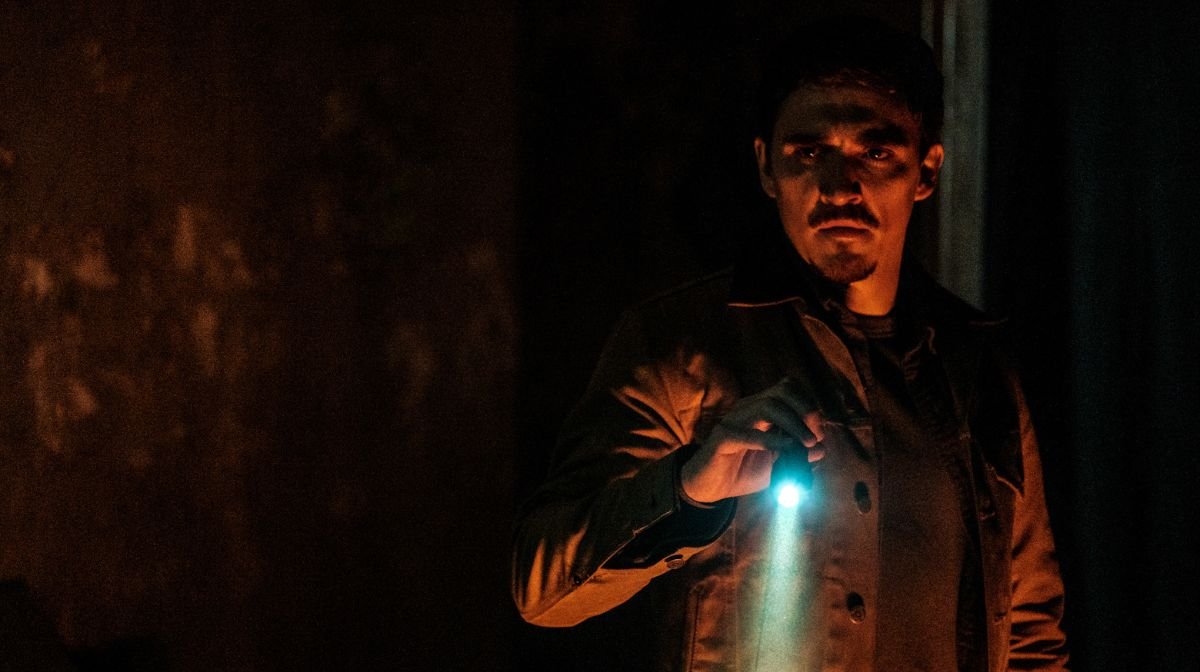 For the actor, one of the most appealing aspects of this project was its greater exploration of a character’s condition compared to her past work.

“I loved that Parker’s screenplay took the time to explore her life and history”, Bacon explained to Zavvi. “I feel that a lot of the characters I’ve played so far have had these struggles in life.

“I don’t know what it is about my general demeanour that makes me right for those parts, but this was certainly the first one where I could see, for want of a better phrase, how the sausage was made.

“With previous parts there was so little backstory on the page, whereas here, there was actually so much to explore.” 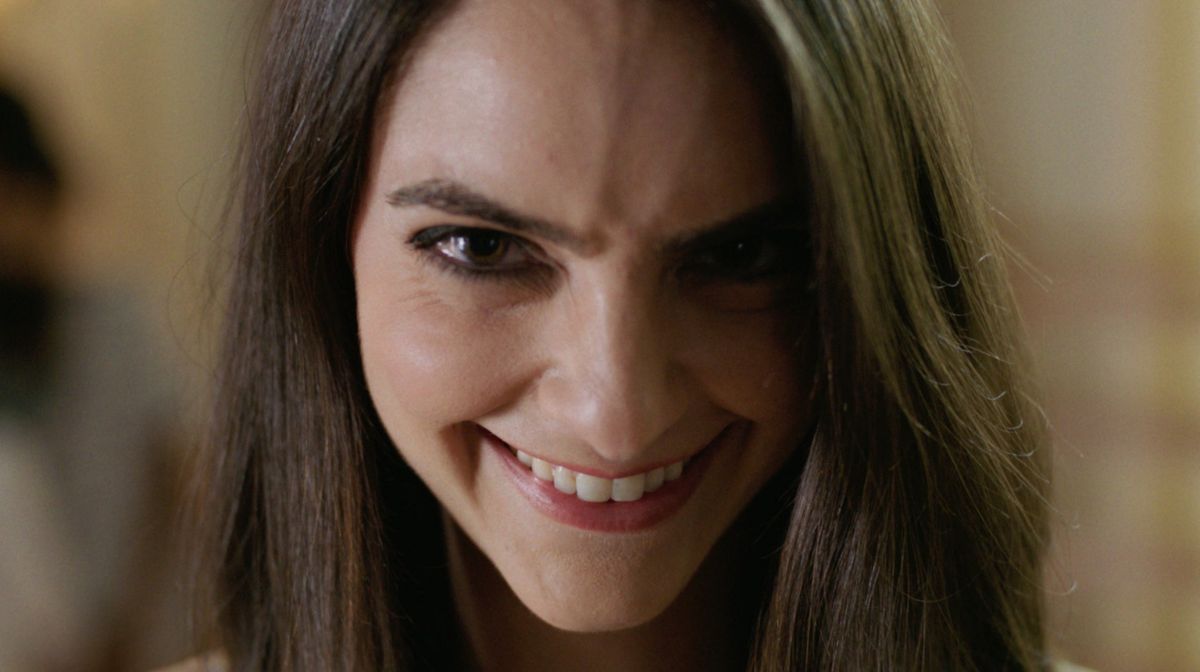 This internal character drama compliments the more unhinged scares much better than expected: it’s the first studio horror where you can equally see the influence of recent indie hits like Hereditary and the usual fright fests that are typically paid homage to.

As a lifelong fan of the genre, Finn was eager to offer mainstream audiences something they wouldn’t usually expect from a blockbuster horror, a philosophy he employed right down to his crafting of some of the most intense jump scares of recent years.

“I think audiences are so savvy nowadays, especially die-hard horror fans who will watch it all. But even general audiences can become immune to certain kinds of scares if they see them done to death, so while making this I aimed to put myself in the shoes of the audience.

“I pretended to be that guy sat in the theater, trying to anticipate where the next jump scare was coming from. I wanted to make sure each one pulled the rug out from under the audience and that they all fell at the exact opposite location from where you’d usually find them.”

Smile is a perfect movie to watch with a crowd, shrieking at each unexpected scare, popcorn flying everywhere (our sincerest apologies to any cinema ushers tasked with cleaning up after a busy screening of this one).

This is why it’s such a surprise to hear that the film was originally intended to debut on Paramount Plus, only bypassing the streaming service after an overwhelmingly positive test screening.

“The magical theatrical viewing experience is why I wanted to make movies in the first place, so I can’t wait for people to experience it on the big screen, it’s the best way to watch a movie.

“But even if this did premiere on streaming, our only goal was to make the best film we possibly could and put all we have into making it.”

We’re incredibly thankful that this film is now the most intense big screen experience of the year and with us just in time for spooky season. It’s safe to say that it will put a smile on the face of horror fans and sickos everywhere.

Smile is in UK cinemas from 28th September.