Amazon really is going all in with their dark superhero TV show The Boys, renewing it for a third season ahead of the second season premiere later this year.

The news was revealed during last night’s Comic-Con panel, with showrunner Eric Kripke and the cast also announcing a brand new after-show too.

Hosted by Archer actor Aisha Tyler, Prime Rewind: Inside The Boys will run alongside season two when it hits Amazon from 4th September and feature interviews with the cast and crew, as well as other special guests. 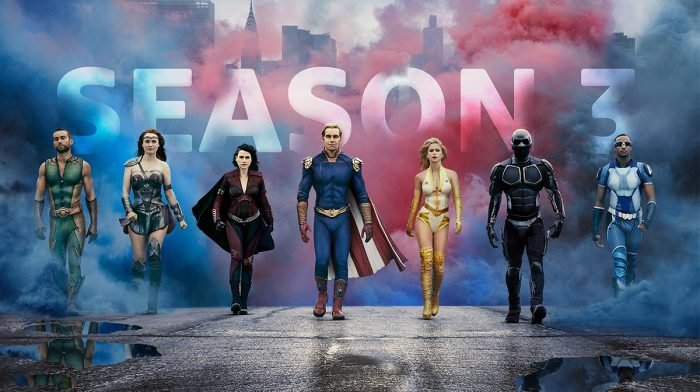 Commenting on the above, in a statement Kripke said:

“Amazon, in a bold and historic push to expand their ‘weirdo’ demographic, has greenlit season three of The Boys! The writers and I are hard at work in the (virtual) writer’s room and we’re sad to say, the world has given us way too much material. We hope to be shooting in early 2021, but that’s up to a microscopic virus.

“As if that wasn’t enough, we’re bringing you a season two after show, Prime Rewind: Inside The Boys. Double entendre intended. Hosted by the incomparable Aisha Tyler and guest starring the cast and crew, it’s a deep dive into how we make this insane thing.”

Kripke will return to helm the third season as showrunner, writer and executive producers, whilst fellow exec producers Seth Rogen and Evan Goldberg will also continue in their roles.

Whilst not much is known yet about season three, including the release date, we do know like the first two seasons it will consist of eight episodes.

For now though, season two will start on 4th September and finds the team on the run following the events of the first season.