Get ready to grab a slice as the Teenage Mutant Ninja Turtles are heading back to the big screen!

A CG-animated reboot of the beloved animated television series will arrive in cinemas on 11th August 2023, with producer Seth Rogen revealing the date on Twitter.

Alongside the date reveal Rogen shared an image of what looks to be a page torn out from a young Leonardo’s notebook, which is filled with scrawled doodles of things such as his iconic sword, and references to his TMNT teammates Raphael, Michelangelo and Donatello.

The upcoming film was first announced in 2020, and is being helmed by The Mitchells vs. The Machines co-director Jeff Rowe. Neighbors’ Brendan O’Brien will pen the screenplay. 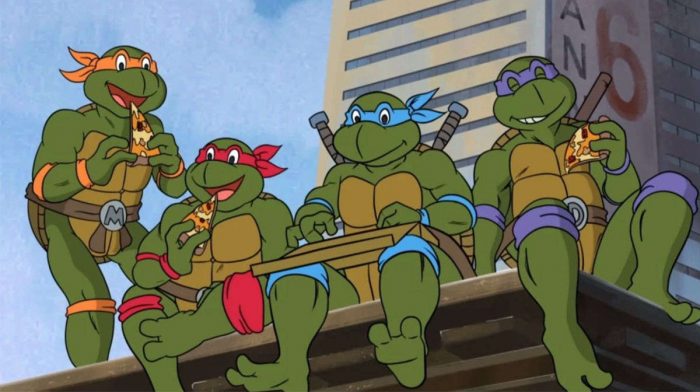 Although little is known about the plot, Rogen has previously said that it will focus on the “teenage” aspect of the story.

In an interview with Collider last year he stated: “As a lifelong fan of Ninja Turtles, weirdly the ‘teenage’ part of Teenage Mutant Ninja Turtles was always the part that stuck out to me the most.

“I mean, not disregarding the rest, but really using that as kind of a jumping off point for the film.”

The Teenage Mutant Ninja Turtles reboot will open in cinemas from 11th August 2023.