Over the course of the past three decades, Keanu Reeves has established himself as being more than an actor – he is the man, the myth, the legend.

Both a hero on and off the screen with his continued charity work, Reeves has captured hearts across the world with his charisma, charm and coolness, meanwhile also captivating audiences with his great performances in the world of film.

The chameleon-like Reeves has established himself as an action star playing roles like Neo in The Matrix and John Wick, but he also is in touch with his comedy side with the likes of Bill And Ted, pops up in the odd period piece such as Much Ado About Nothing and has even voiced a dog in the appropriately titled Keanu.

Incredibly prolific Reeves has certainly been busy throughout his lengthy career churning out movie after movie, but which ones are his best? Here are the top ten Keanu Reeves movies ranked. 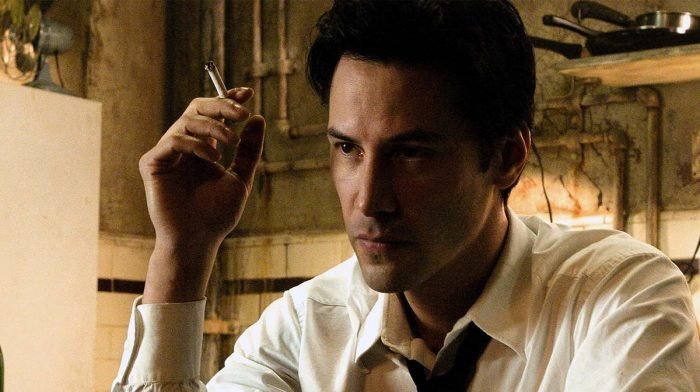 We will hold our hands up and admit that DC comic book adaptation Constantine does have many flaws, however Reeves is great as the titular occult detective and it is shame the film couldn’t quite match it.

Still, there are many highlights to enjoy including the fight sequences and the climatic scene which sees Constantine make his sacrifice.

Rumours are that a Constantine reboot is in the works raising the question of whether Reeves will return to the role, to which we say yes please as it will be great to see his take on the character be given a second chance with a better movie.

9. Much Ado About Nothing 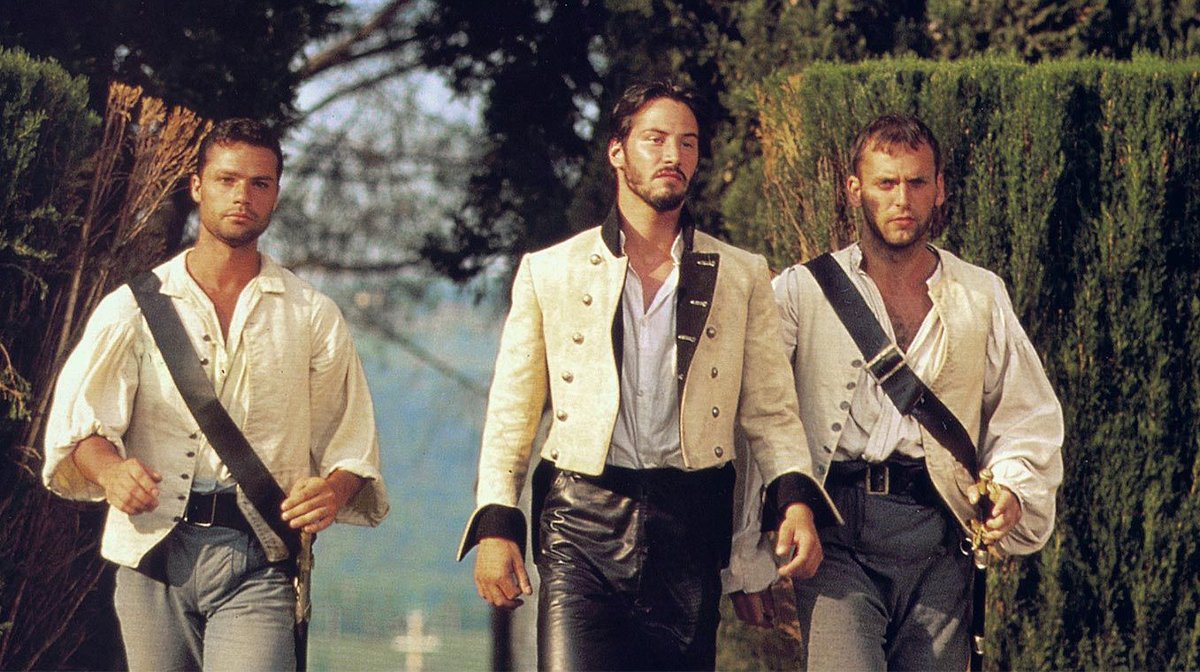 Director Kenneth Branagh’s 1993 adaptation of Shakespeare’s Much Ado About Nothing is on the list for a few reasons, with the first being that it is just a wonderful movie that captures the heart and charm of the play.

The second reason is that Reeves is excellent as the villainous Don John, doing well especially considering the character admits himself ‘I am not of many words’.

And thirdly there is no doubting Reeves looks fabulous in Shakespearean era get up, as pictured above.

8. Always Be My Maybe 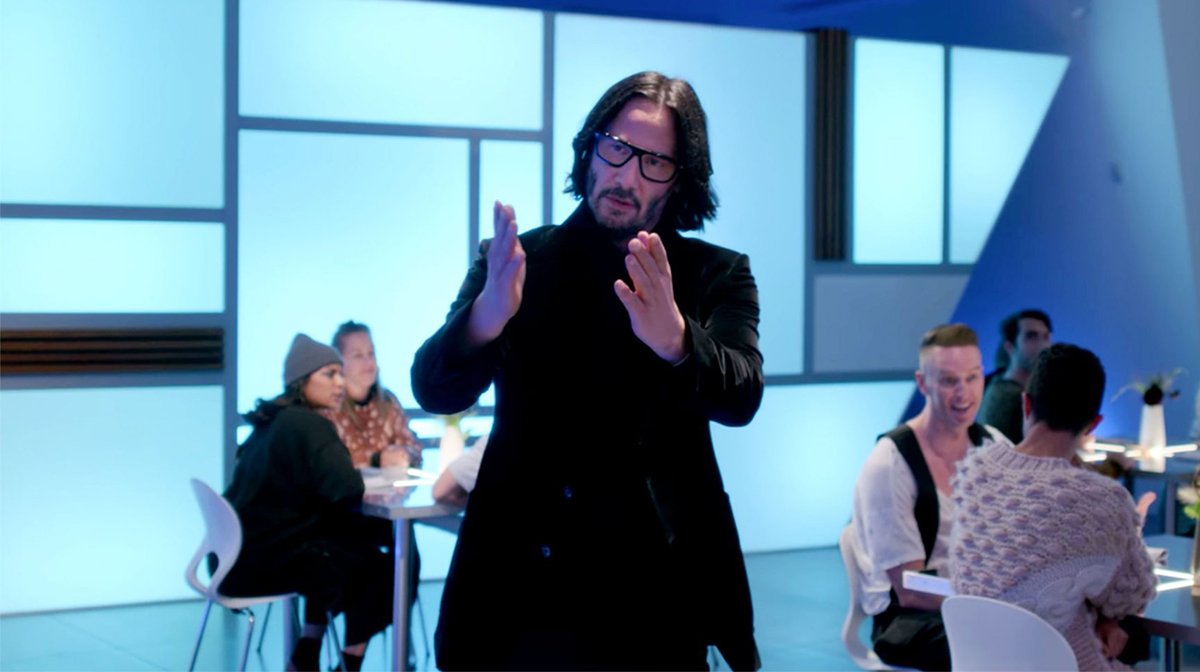 Okay we know that Reeves really only has an extended cameo in this hit Netflix romantic comedy, but his laugh-out-loud comedic performance is one of the highlights.

Playing a heightened version of himself but also as an arsehole, he is clearly having a lot of fun in the role with the joy being simply infectious.

Also Always Be My Maybe provided us that GIF of Reeves blowing a kiss, so it gets bonus points for that! 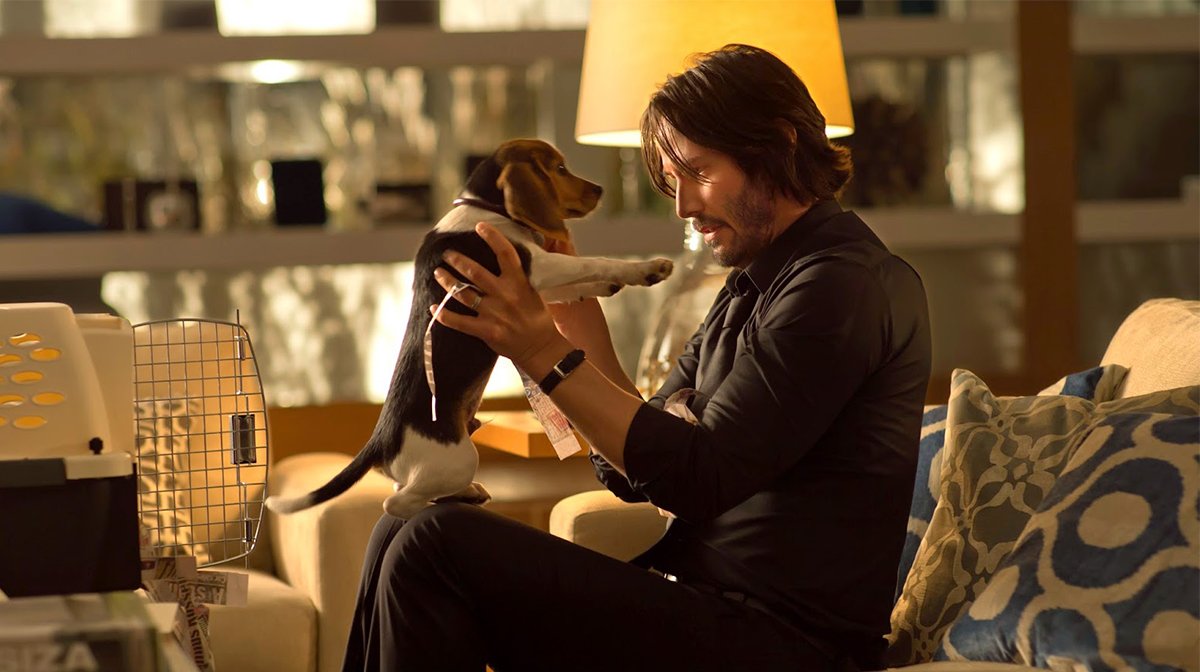 As an action star Reeves has continually delivered kick-ass performances, and it is no surprise he now may be best known for playing John Wick, a retired hitman who goes on a journey seeking vengeance for the killing of his puppy.

One of the best action franchises in recent years, the John Wick movies consistently deliver imaginative kills, edge-of-your-seat tension and breathtaking action scenes which will make you go, as Reeves would say himself, ‘woah’.

The first was a surprise hit kick-starting the incredible franchise, and it is so satisfying seeing Wick get his revenge, in style of course. 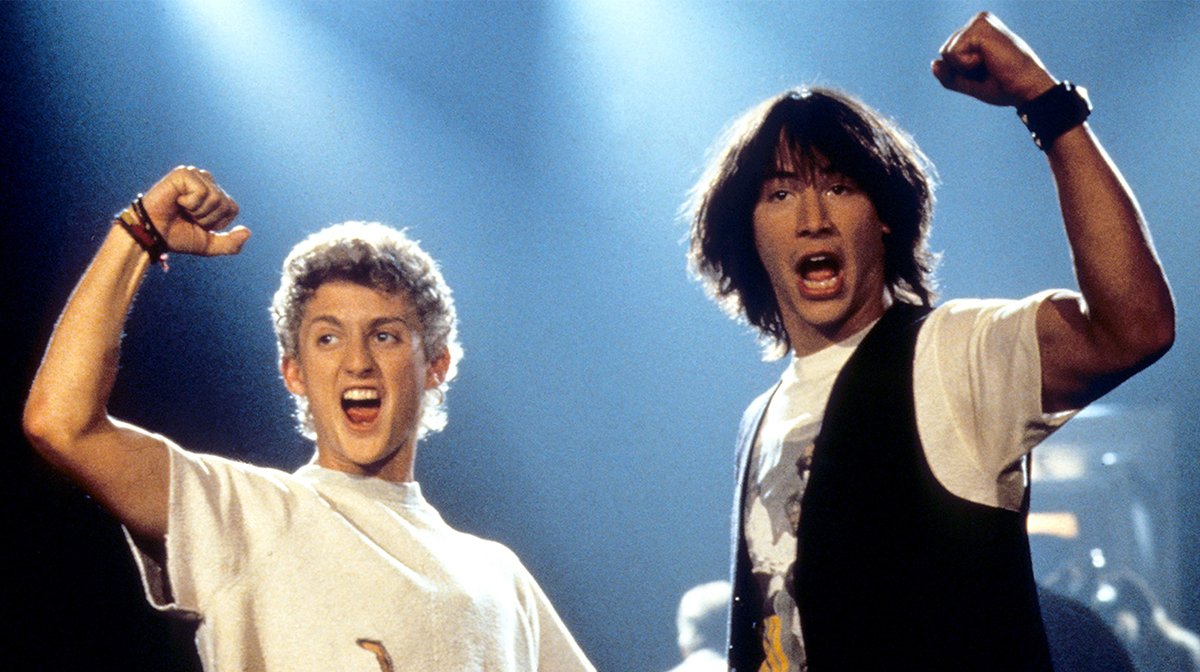 There have been many iconic slacker duos throughout the history of film and television, but our favourite will always be Bill and Ted, a.k.a. Alex Winter and Reeves.

Idiots with hearts of gold, going on an adventure through time with the pair is so much fun, so it is no wonder Excellent Adventure became a cult classic, leading to two sequels with Face The Music due for release later this year.

Also Bill And Ted brought us a saying we should all live by: ‘be excellent to each other’.

5. My Own Private Idaho 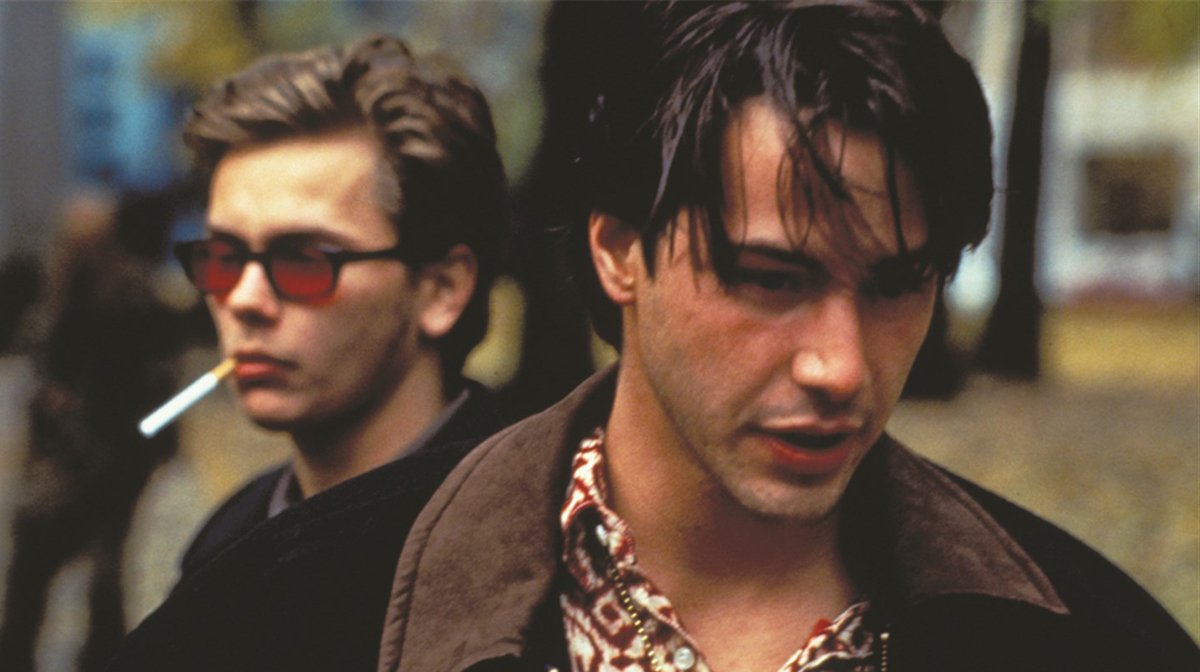 A very different movie for Reeves, his performance in Gus Van Sant’s indie drama is daring, strong and enticing, playing an unattainable object of affection for River Phoenix’s gay hustler.

Phoenix and Reeves were dedicated to giving the film their all, living together during shooting and becoming very close friends.

That dedication comes across in the electric chemistry they have on screen together. Get the tissues ready though for the heartbreak to come. 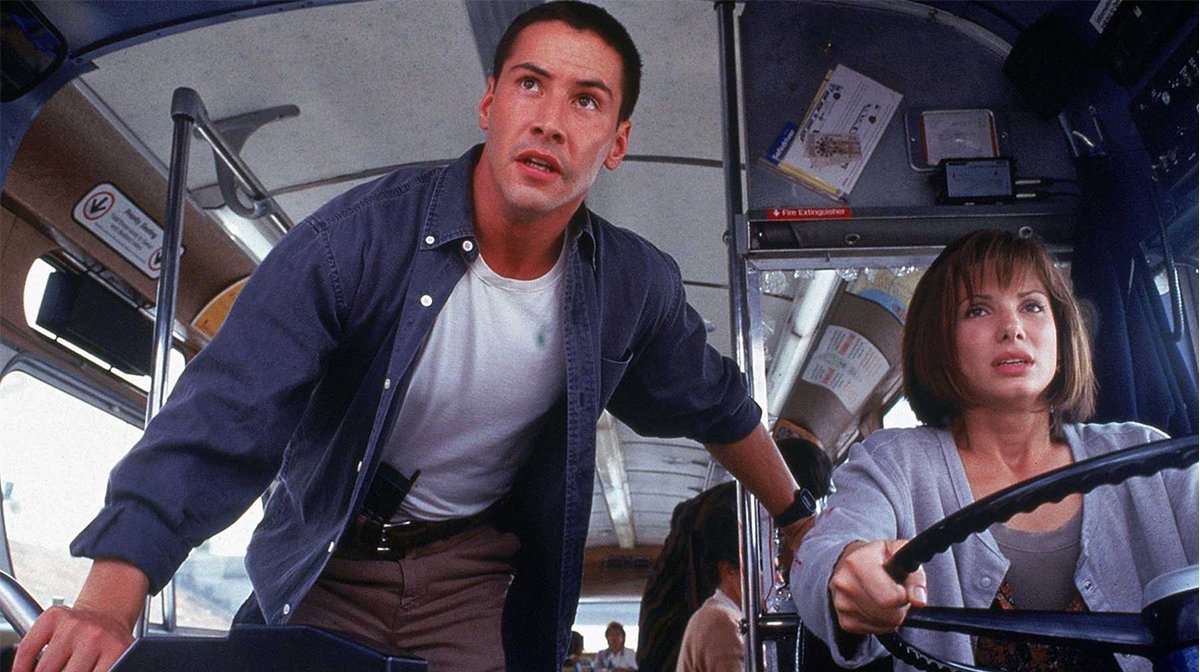 While the premise for Speed is so bad it’s laughable, a bomb on a bus will explode if the speed drops below 50 miles per hour, the 1994 action classic is an absolute hoot!

Reeves embraces the silliness of the movie with glee and takes it all in his stride, brilliantly playing cop Jack Traven who is dedicated to doing whatever it takes to save the passengers.

He reportedly was blacklisted by the studio after turning down appearing in a sequel no matter the cash he was offered, and that only makes us love him more. 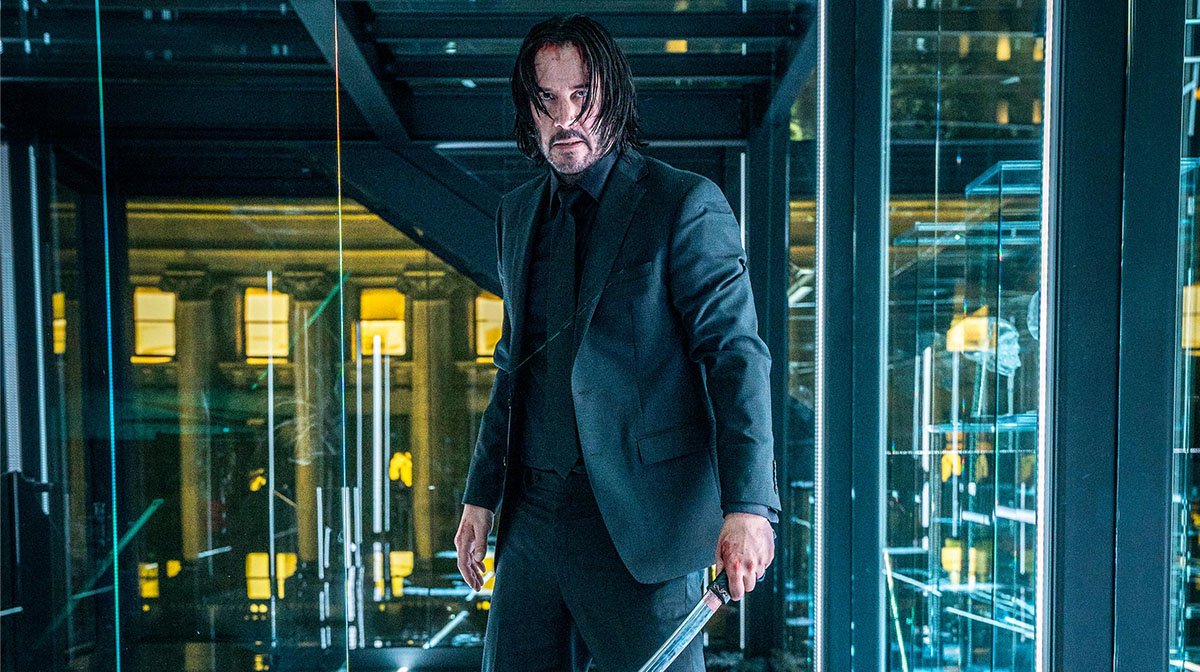 The best film in the John Wick franchise, in our opinion anyways, Parabellum ramps up the action to a level where it is off the charts.

In this entry we see Wick kill a man with a book, have a thrilling knife fight and ride a horse into a fight, armed with guns of course.

Only Reeves could pull this off and for that jaw-dropping horse scene alone Chapter 3 gets the third spot on this list. 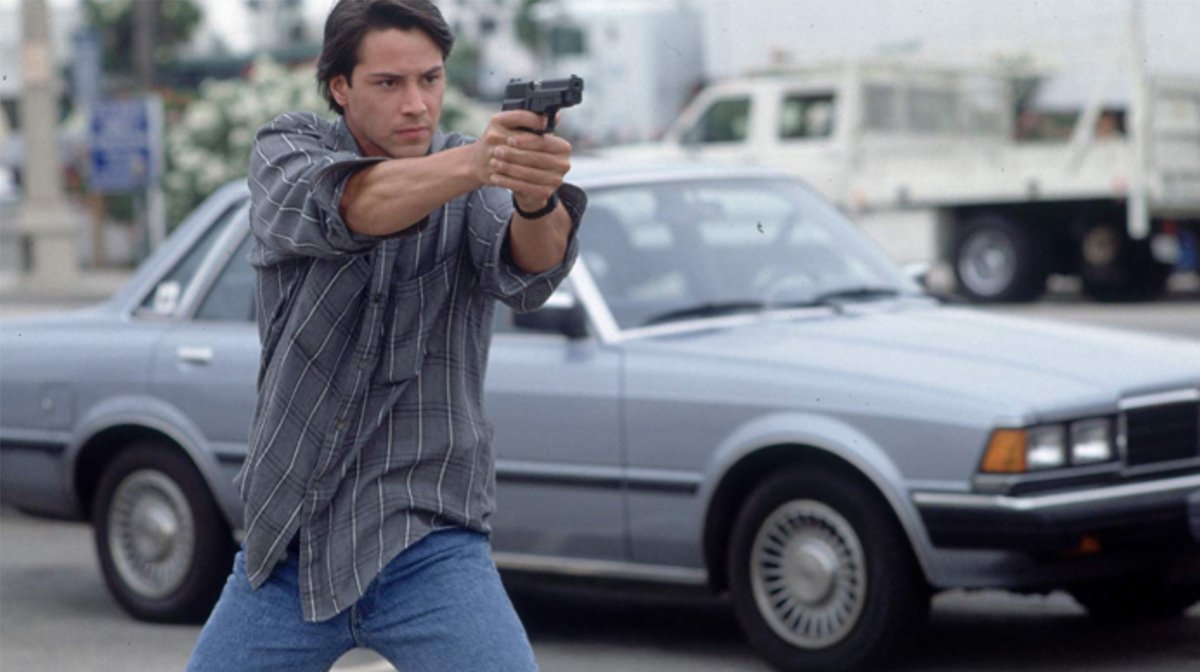 Point Break was always going to be high up on this list as it is an iconic movie with Reeves delivering a fantastic performance as Johnny Utah (what an awesome character name by the way).

The action classic shot 21 year old Reeves into the stratosphere, and it is no wonder the actor himself has said the movie his fans always want to talk about is Point Break.

It is where his journey as one of Hollywood’s best started, and without it we probably wouldn’t have the likes of John Wick or Speed. 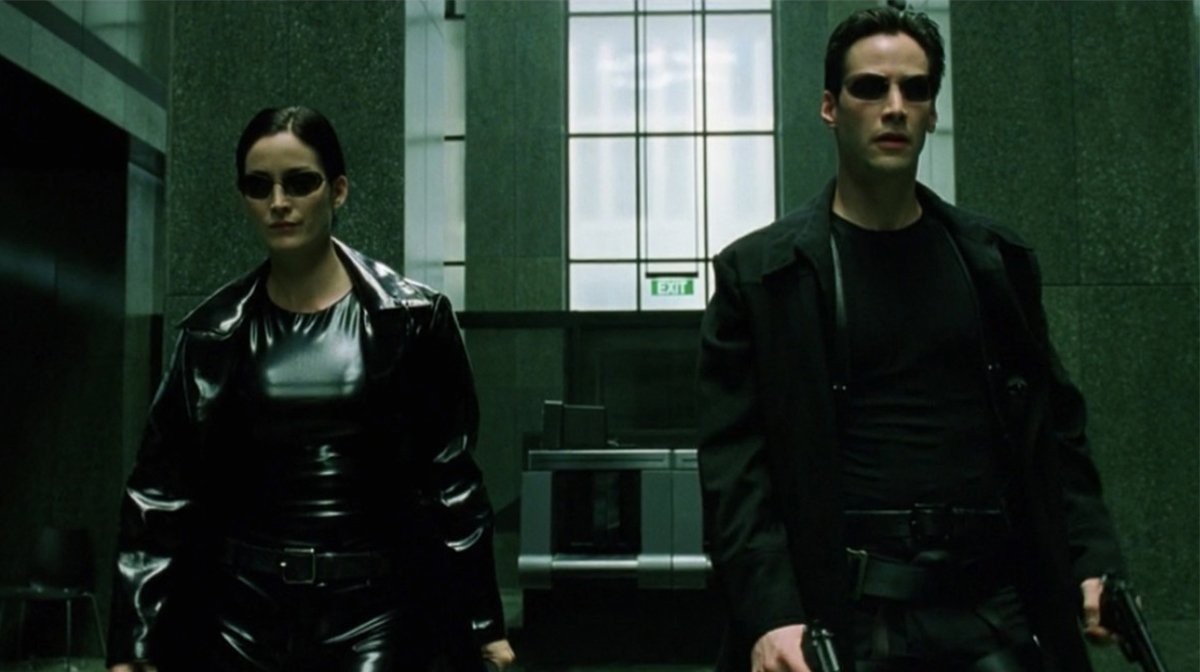 Only one movie could top this list though, and it is has to be The Matrix.

Reeves is just incredible as slick kick-ass hacker Neo in a film like none other which would change the course of cinematic history with its mind-blowing story, impressive visual effects and incorporation of martial arts into the action scenes.

It still leaves us with our jaws on the floor today and it simply wouldn’t be the same without Reeves’ Neo at the very centre with the actor commanding every frame he was in.