It may not seem like it on the surface, but The Untouchables was a major departure for director Brian De Palma.

Even though the film marked De Palma’s comeback to the crime genre at its most hyperviolent after the commercial failure of his previous movie, dark mafia comedy Wise Guys, it wasn’t an automatic return to his comfort zone.

Yes, The Untouchables is as bloody as his previous foray into the crime epic, Scarface, and shares many of the stylistic trademarks that characterised the array of sleazy Hitchcockian thrillers he’d directed several years earlier.

However, there is one crucial distinction which makes it stand apart from much of the director’s work up until this point. 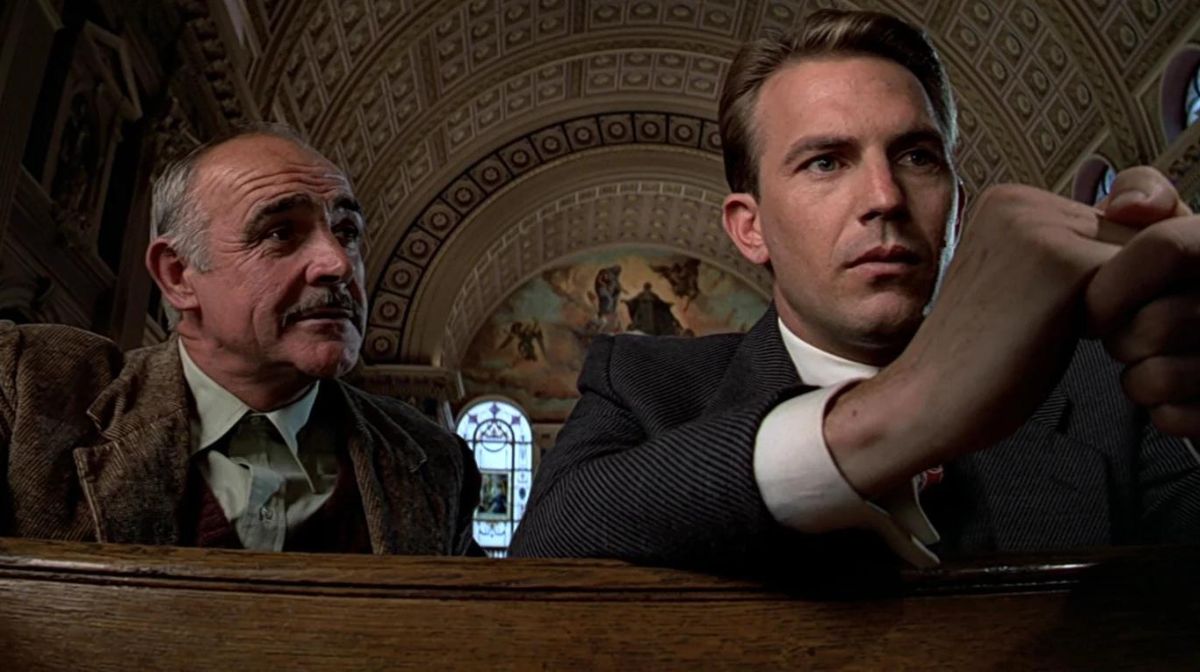 Typically fascinated with criminal antiheroes and seemingly decent people whose obsessions push them to dark extremes, with The Untouchables De Palma set himself his hardest task to date: making a compelling protagonist out of a man whose job was upholding prohibition era laws.

Adapted from Eliot Ness’ memoirs, The Untouchables introduces the character as the embodiment of the American values of the time: a law-abiding citizen and dedicated family man.

When we’re introduced to Ness, played by Kevin Costner, he’s lecturing Chicago’s police force on why they should abide by the rules and not give in to the temptation of alcohol – that would be against slavishly following the law of the land which is what they were hired to do. 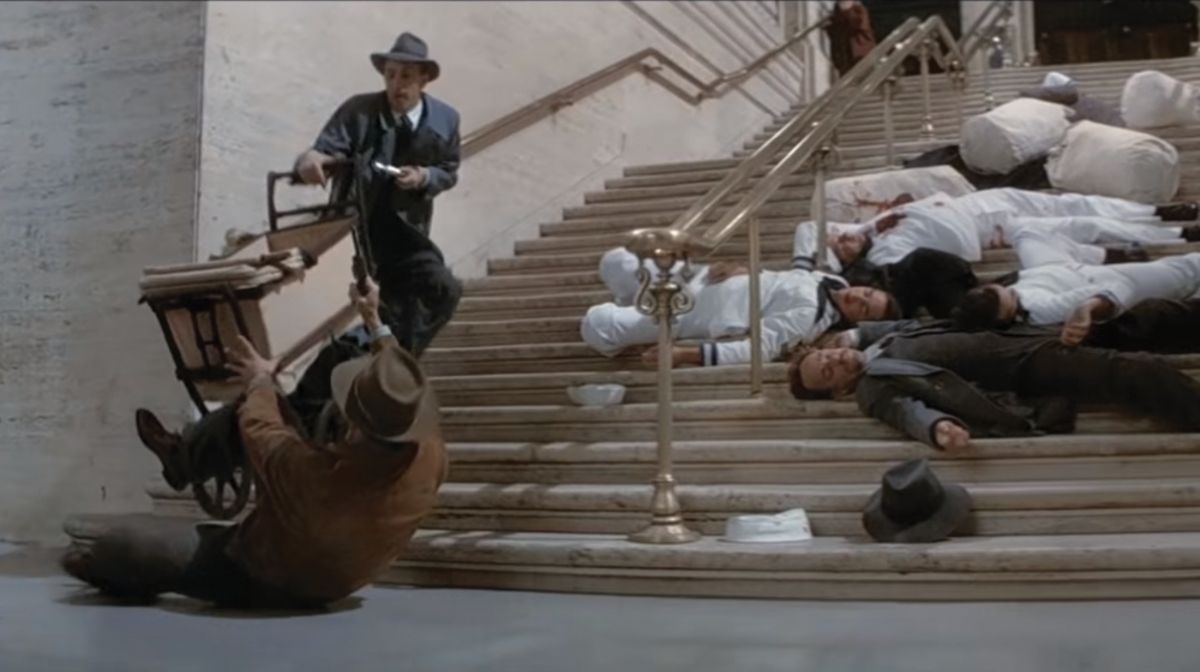 In the stunning recreation of 1930’s Chicago, De Palma never forgets the crucial detail that prohibition was largely unpopular at this time.

Al Capone was able to become a multimillionaire and something approaching a folk hero through what he describes in the opening scene as “the will of the people”.

That’s his ability to openly talk about breaking the law, with reporters joking that he’s the unofficial mayor of the city, an illustration of public dissatisfaction with the liquor laws as it is Capone’s overriding influence. 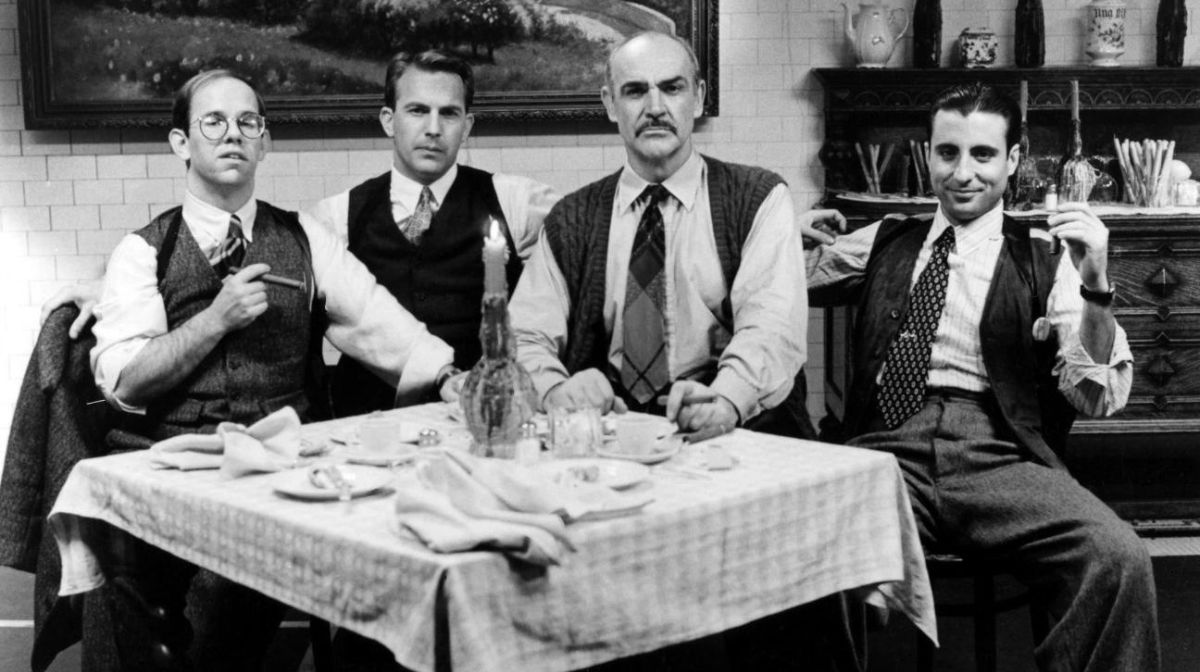 But Capone, played here by Robert De Niro, is largely a background presence – only a sequence of him beating a subordinate to death with a baseball bat sees De Palma make a brief return to Scarface territory.

Instead, The Untouchables is centred on a protagonist who could be charitably described as boring upon introduction, no matter how exquisitely written the speeches afforded to the character in David Mamet’s screenplay are.

Even though he’s played a variety of roles, from action hero to dashing romantic lead, Costner is typically referenced alongside the likes of Tom Hanks when it comes to embodying the American everyman on-screen. 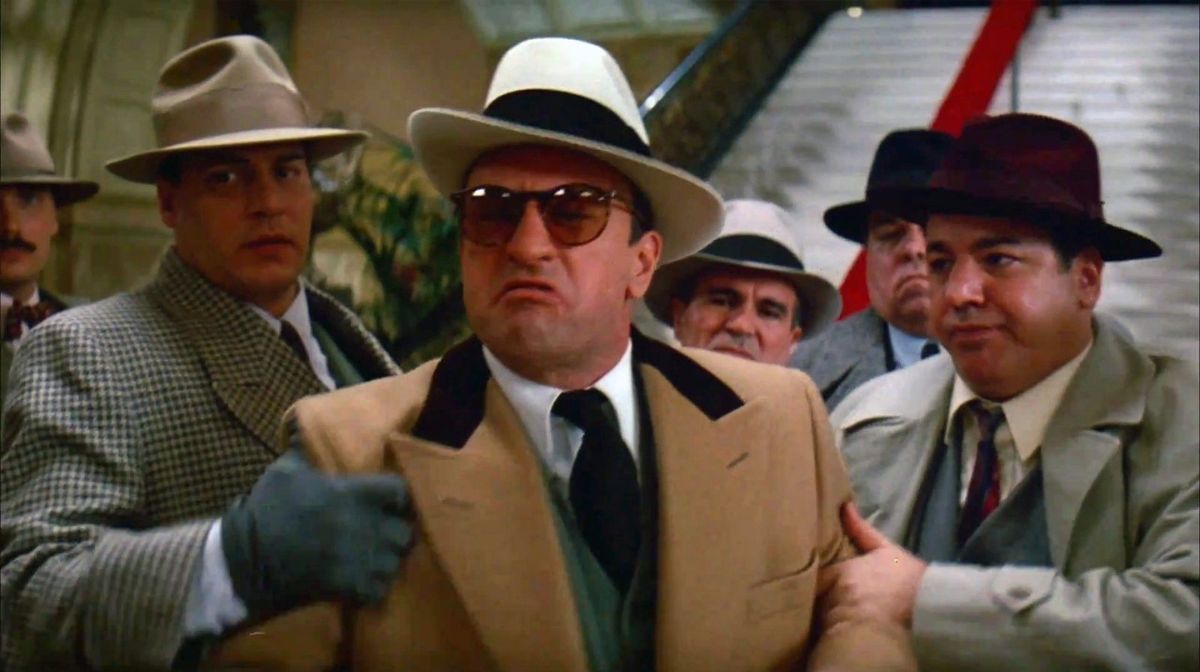 This is a perception largely forged by his first major leading role here, with the film making repeat detours from the narrative to contrast the bloody crime saga with Ness’ domestic bliss.

Within the context of a De Palma film, there’s something almost surreal about seeing the character at home, being a loving father and devoted husband with no inner demons eating away at him.

Much later in the movie we see Ness break down, panicking that he’s broken every law that he swore to uphold in the process of trying to take down Capone. 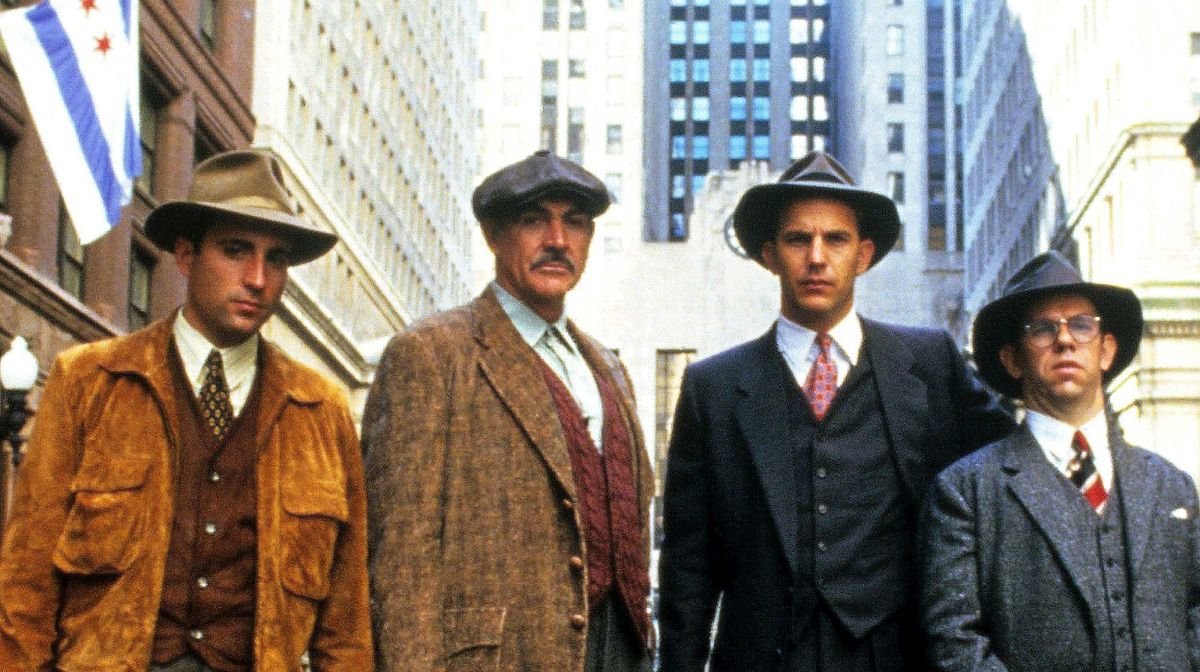 But to the modern viewer, likely perplexed by the very concept of prohibition, the film’s biggest achievement might be making you root for the heroes on the side of the law even as they’re bending it and even though their duties are predominantly intercepting alcohol shipments.

Capone may have been a monster but to make him the villain your heroes need to be in favour of prohibition by default.

Of course, nobody in The Untouchables is as fearful as Ness: in the most typically De Palma scene we get a first-person view from one of Capone’s men leering into the apartment of Malone (Sean Connery), seeing that Ness’s right-hand man is hiding a bottle or two. 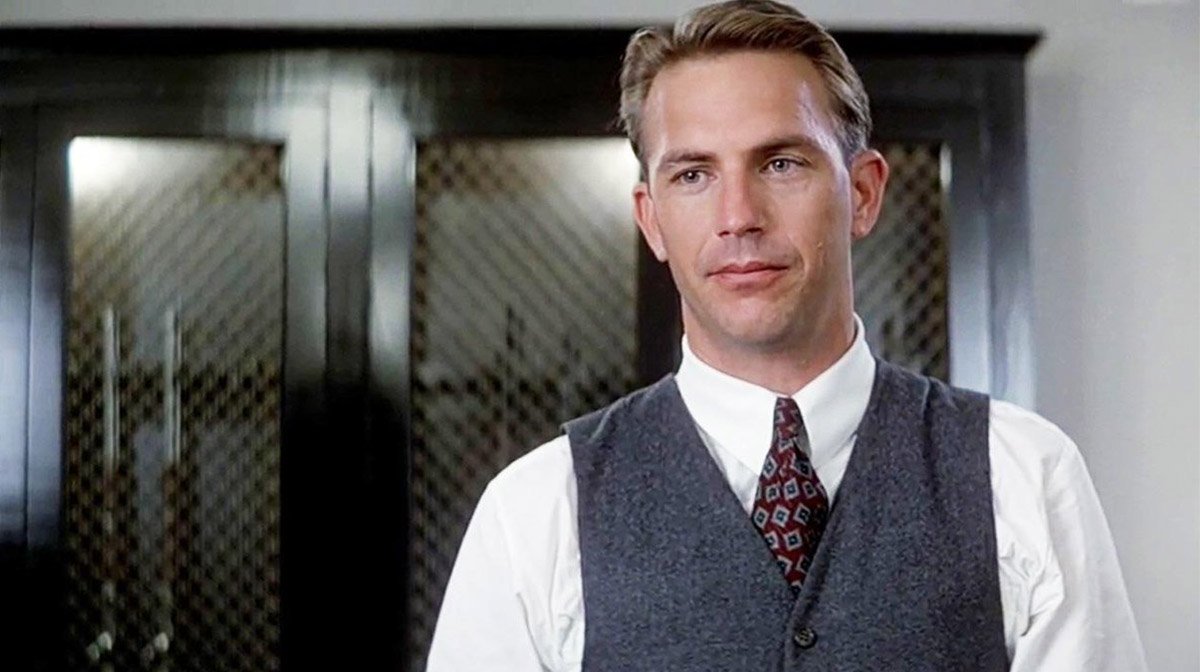 The film’s third act sees Costner’s protagonist come to terms with the extent to which you have to ignore the rulebook to take down an adversary as powerful as Capone, culminating in a revenge killing and an all-timer of a line as we enter the final stages of the prohibition era.

When asked by a reporter what he’ll do if prohibition is repealed, Ness simply replies “I think I’ll have a drink”.

It’s a perfect send-off to the film but also one that highlights just how much Ness still fears the law even after getting embroiled in shoot outs and deadly encounters with Capone’s men. 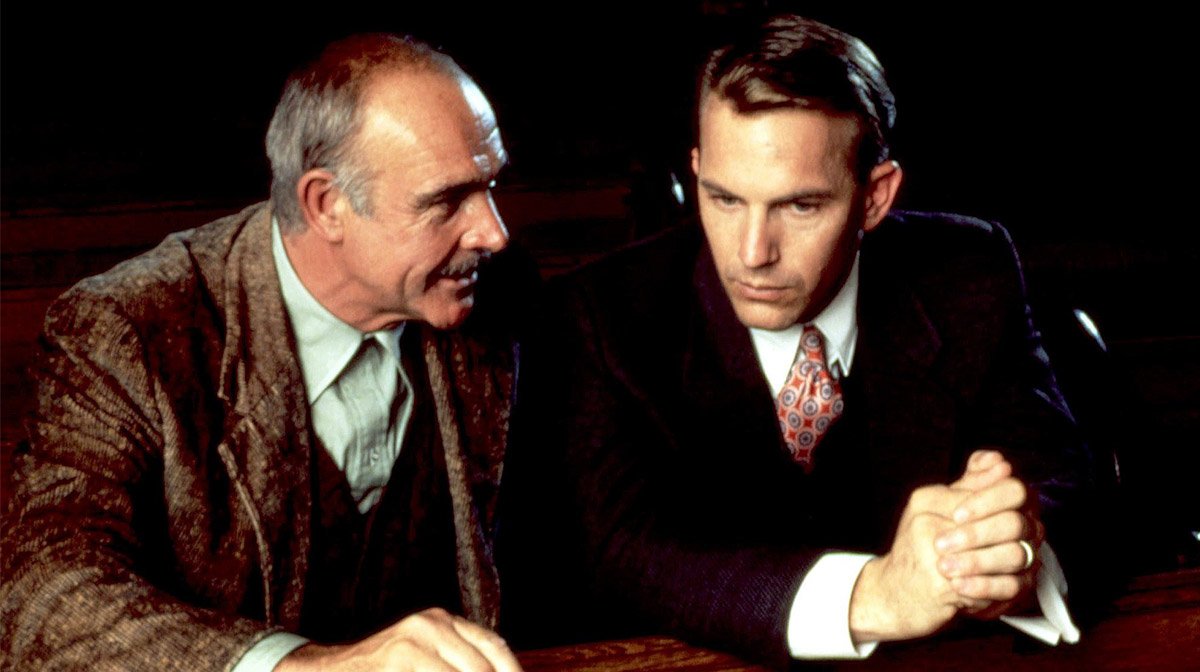 He remains De Palma’s least complicated protagonist despite everything that happens to him, but the film is no less compelling because of it.

The Untouchables is, against all odds, one of the director’s crowning achievements – making you care and root for a hero whose moral code is completely alien to that of modern viewers.

The Untouchables is out now on 4K.