Spider-Man: Across The Spider-Verse is one of the most anticipated films of 2023 and the reveal of the film’s villain is getting people talking.

The sequel to the Oscar-winning hit is scheduled for release next summer, but we’ve already had our first glimpse of Miles Morales’ new nemesis.

The film’s villain is none other than The Spot, voiced by Jason Schwartzman, who will prove to be a particularly powerful adversary on this multiverse spanning adventure.

If you thought Into The Spider-Verse, or even No Way Home, were head-spinning in how they crossed different universes, you’ve seen nothing yet – and that’s all because of The Spot’s special power. 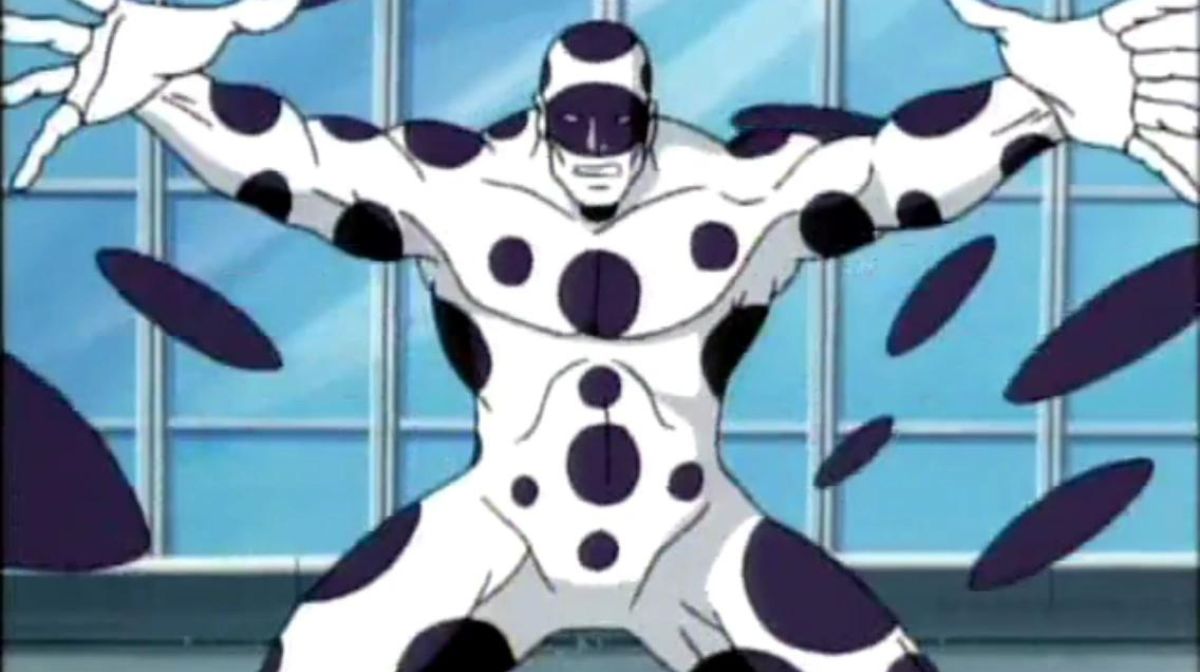 He has a name that will make you giggle. In fact, when Peter Parker’s Spider-Man first encountered him in the comics, our hero laughed so hard that he ended up underestimating his opponent and lost that initial fight.

But despite this, The Spot largely remains a cult villain. Aside from an appearance in the ’90s animated series, he generally hasn’t crossed over from the page to the screen like so many of Spidey’s other villains.

The Spot first appeared in 1984, in issue 98 of Spectacular Spider-Man. But prior to this, we were introduced to his alter-ego, Dr. Jonathan Ohnn, in issue 97. 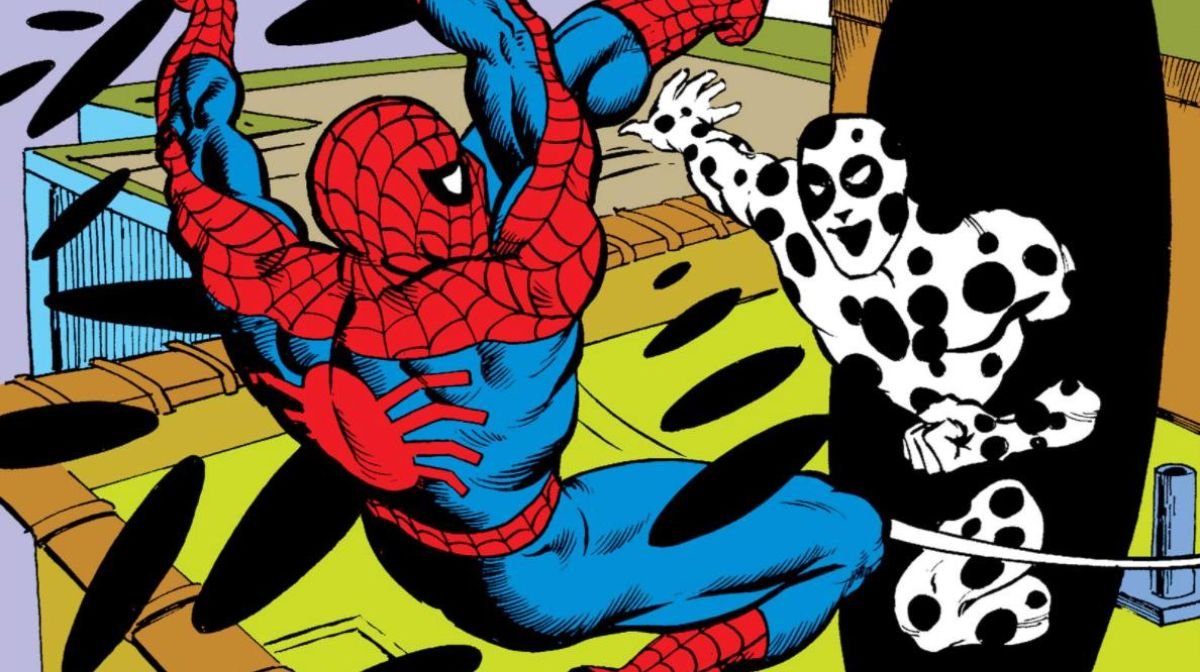 Ohnn was a scientist working for Wilson Fisk (a.k.a. Kingpin), tasked with creating a teleportation machine inspired by Cloak, a hero whose uniform can transport him and others through darkness.

One of his experiments succeeds and he creates a portal, but it leads to a citywide blackout – worried the experiment will fail if the machine powers out, Ohnn stepped in but found himself in an alternate dimension full of small hole-shaped portals.

Upon returning he found that his body had fully entwined with these portals, having black holes covering his entire body. And so, The Spot was born. 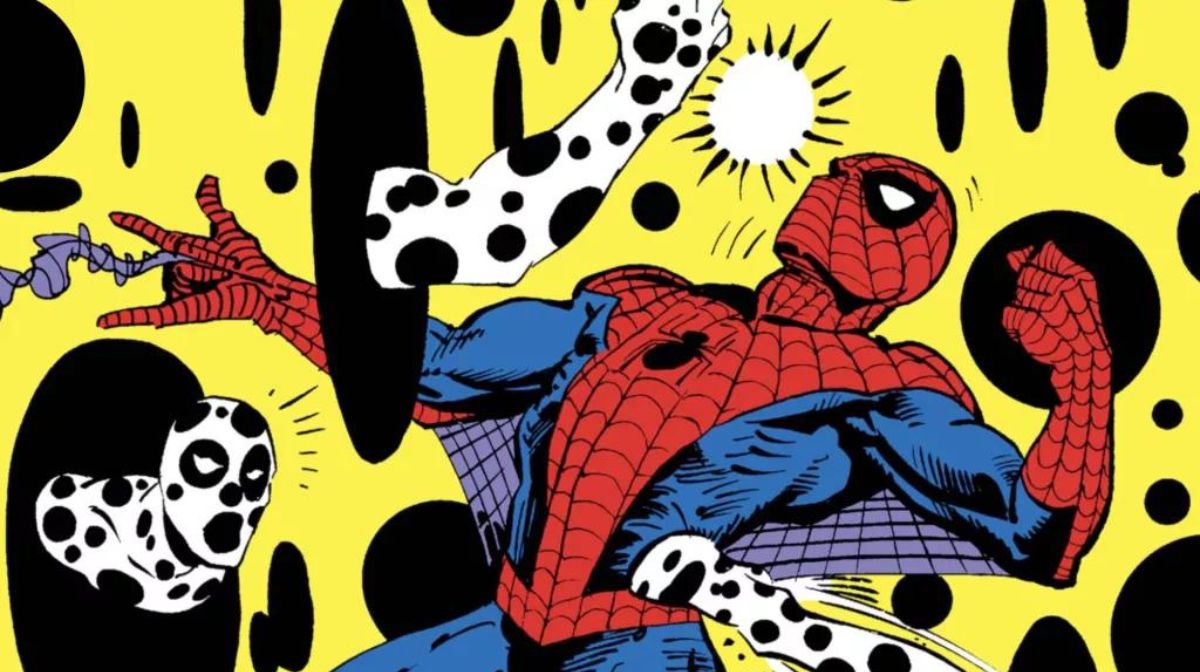 Unsurprisingly, Ohnn’s new powers were music to Kingpin’s ears, and he was swiftly moved to a new position as one of his enforcers.

His powers are simple: he can teleport himself and others (as well as various objects) using the power of the holes in his body. However, this doesn’t mean his powers are limitless.

Because these abilities are generated by the holes, if all his bodily portals have been used before he has time to reabsorb them, he can no longer teleport. 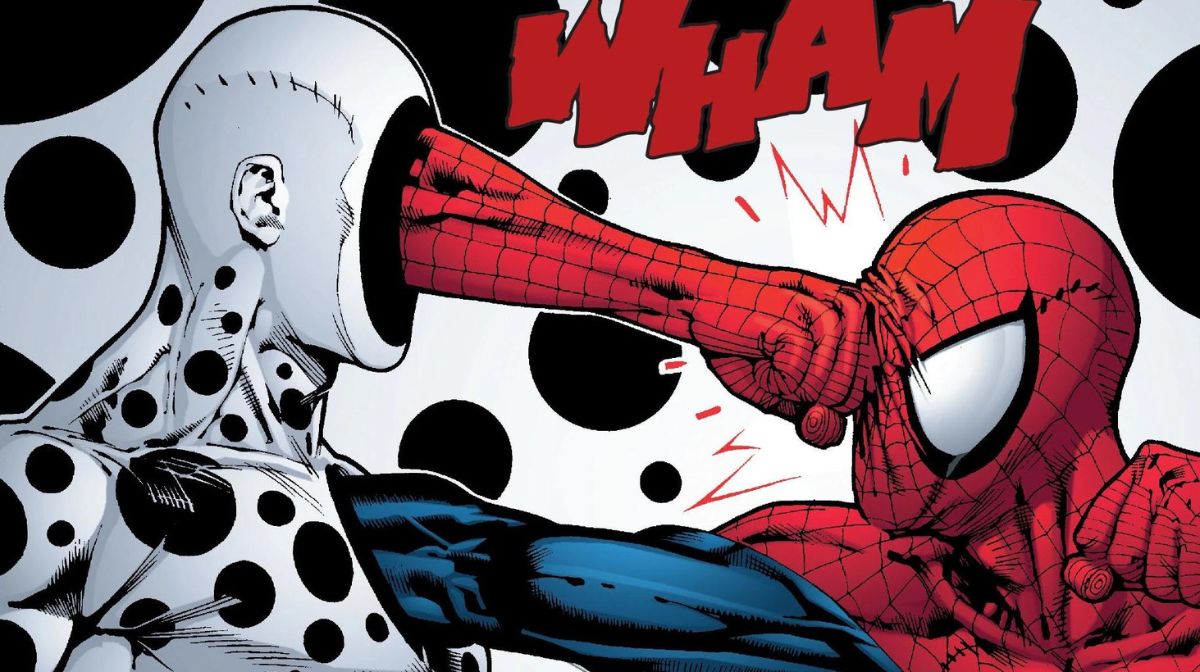 He may be able to travel across the multiverse, but his powers mean he could also find himself temporarily stuck there too.

However, this weakness wasn’t enough to stop him becoming a mainstay in the comics. Most notably, he was part of a Sinister Six line-up that was led by the Prowler, Miles Morales’ uncle who was the villain in the previous Spider-Verse adventure. 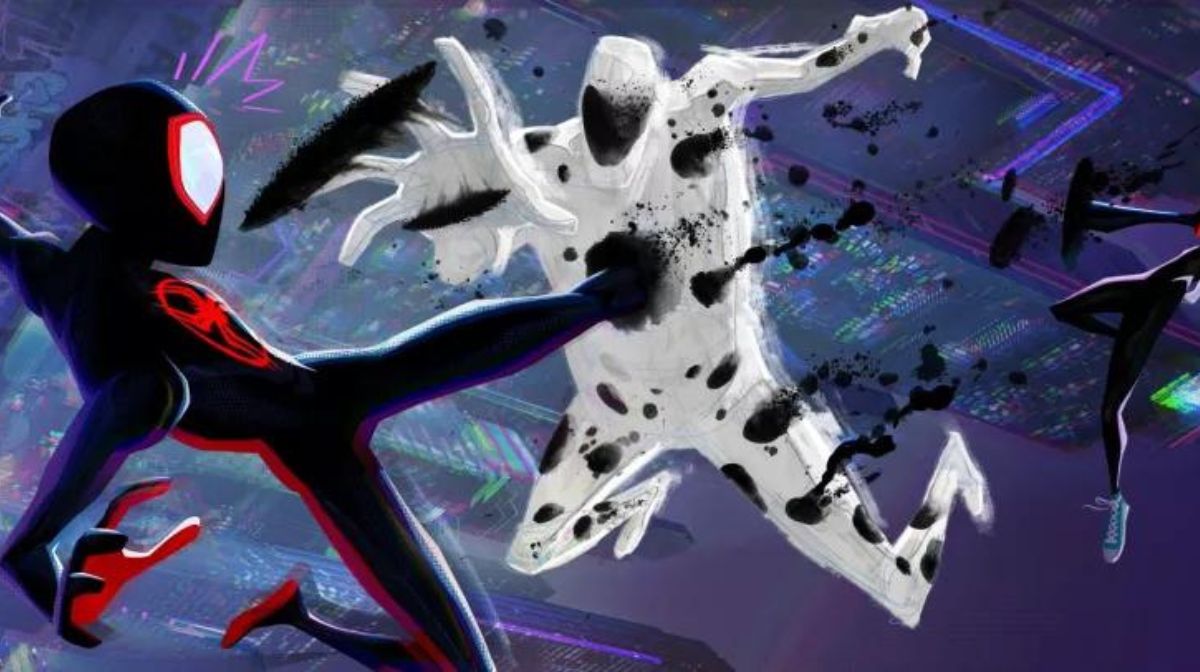 So, how does Ohnn factor into the anticipated Spider-Verse sequel?

Well, in the comics he functions primarily as a villain for Miles Morales – which means that, despite his cult status, he’s the perfect choice here, and that’s before we even get into the multiversal possibilities of his appearance.

At the recent Annecy International Animation Festival, co-directors Joaquim Dos Santos, Kemp Powers, and Justin K. Thompson introduced the movie’s villain to the world, outlining how it will take “the first film’s spirit of experimentation to the next level”. 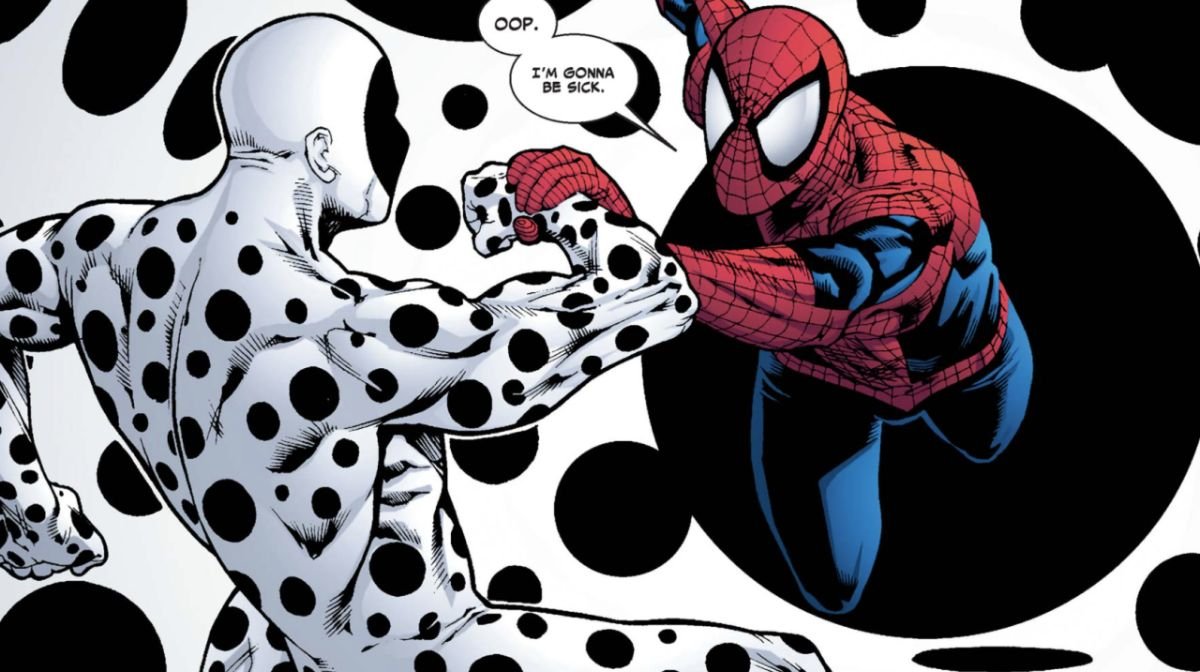 That style was most present in the visual representation of the character, which has been likened to “living ink”, the look of an unfinished drawing leaping off the page.

The Spot’s portals look like moving inkblots, with the character increasingly transforming into a walking blob of ink as the story progresses, according to reports of teaser footage screened for audiences at the festival.

Spider-Man: Across The Spider-Verse is scheduled for release on 2nd June 2023.