Raya And The Last Dragon is the latest film set to debut from Walt Disney Animation Studios, hoping to join their extensive list of box-office hits.

The film is officially the 59th production by the studio and will be directed by Don Hall (Big Hero 6 and Winnie The Pooh) and Carlos López Estrada (Blindspotting), with Paul Briggs and John Ripa acting as co-directors.

Adele Lim (Crazy Rich Asians and China Rich Girlfriend) and Qui Nguyen (Incorporated and Peg+Cat) are responsible for the writing, and the musical score is being composed by James Newton Howard (Batman Begins, King Kong, and I Am Legend).

This will be Howard’s fourth time scoring a Walt Disney Animation Studios film, having previously taken the reins on Dinosaur, Atlantis: The Lost Empire, and Treasure Planet.

Judging by the behind-the-scenes talent, Disney are hedging their bets on this being the next big franchise. With that said, let’s take a deeper look at everything we know about Raya And The Last Dragon…

What Is Raya And The Last Dragon About? 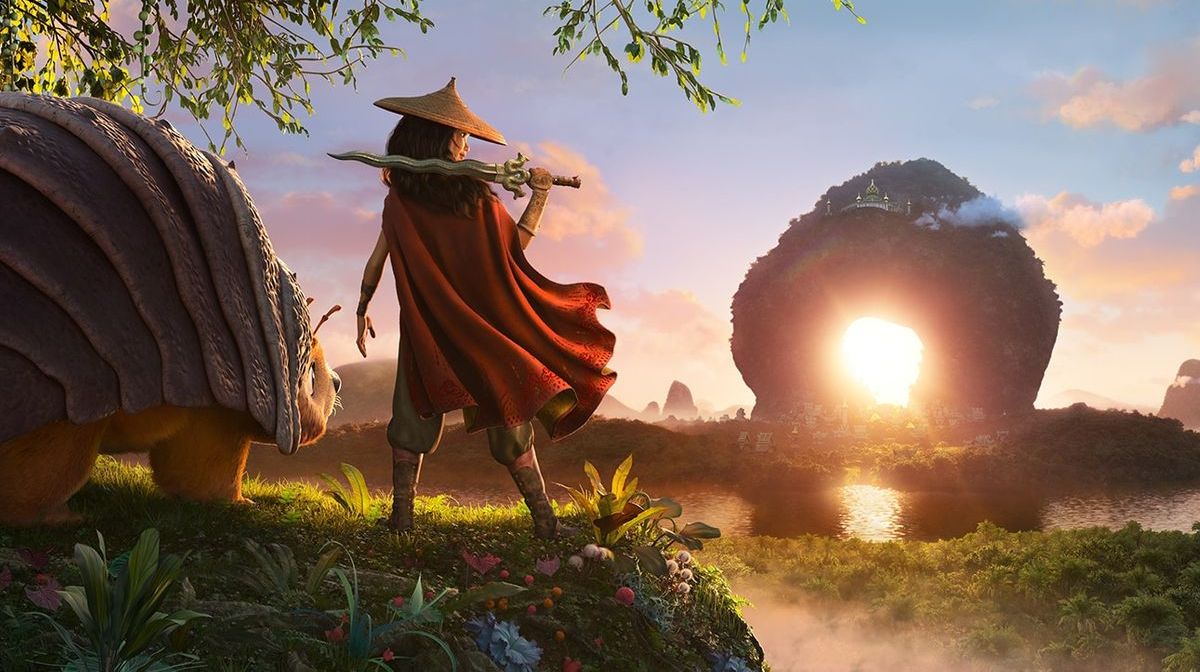 The film will be combining many beloved fantasy tropes into its plot, transporting audiences to a world filled with a range of fictional creatures, both good and bad.

500 years before the events of the film, the land of Kumandra was cohabitated by humans and dragons. However, a malevolent race of monsters known as the Druun threatened total devastation, causing the dragons to sacrifice their lives in an attempt to protect humanity.

Driven to near-extinction, the plot follows a young warrior by the name of Raya (the protector of the Dragon Gem and daughter of a chief) as she searches to find the ‘last dragon’ in response to the return of the Druun. 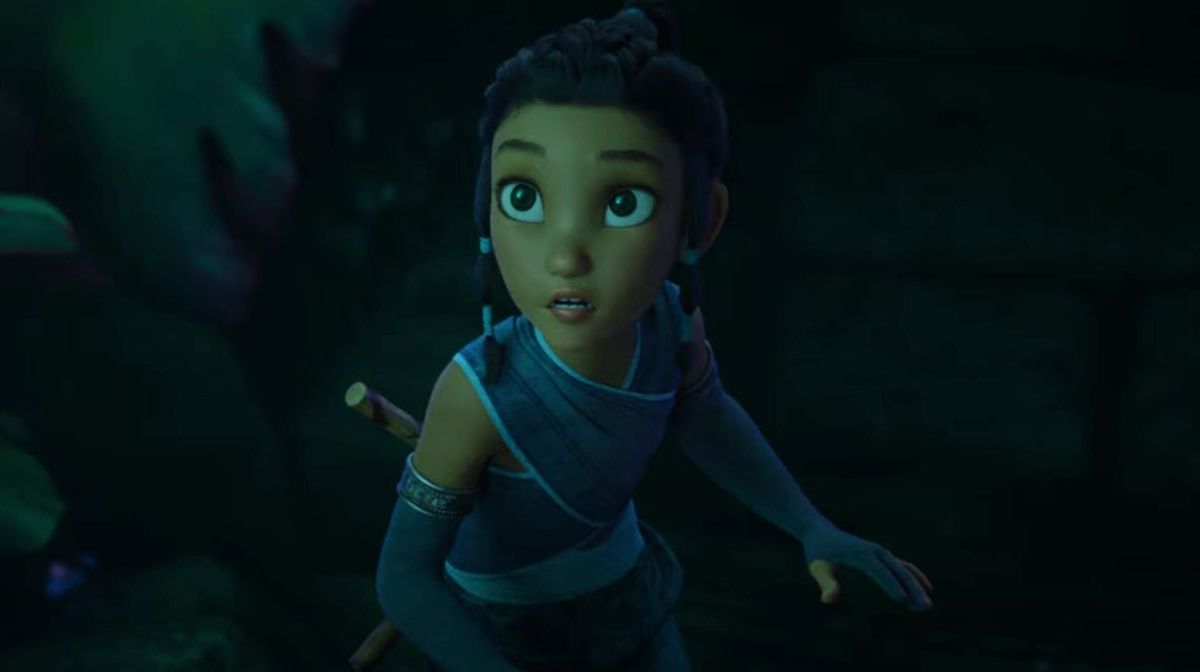 Joining this old threat, Raya will also have to tackle the various colourfully clothed clans, who are said to be divided. It’s looking like our hero will have to work on her diplomacy skills in addition to hand-to-hand combat.

As with many Disney films of the past, we expect the plot to have a few twists and turns, with a bit of soul searching thrown in for good measure — and no doubt some tear-jerking emotional moments.

Where Does The Film Take Place? 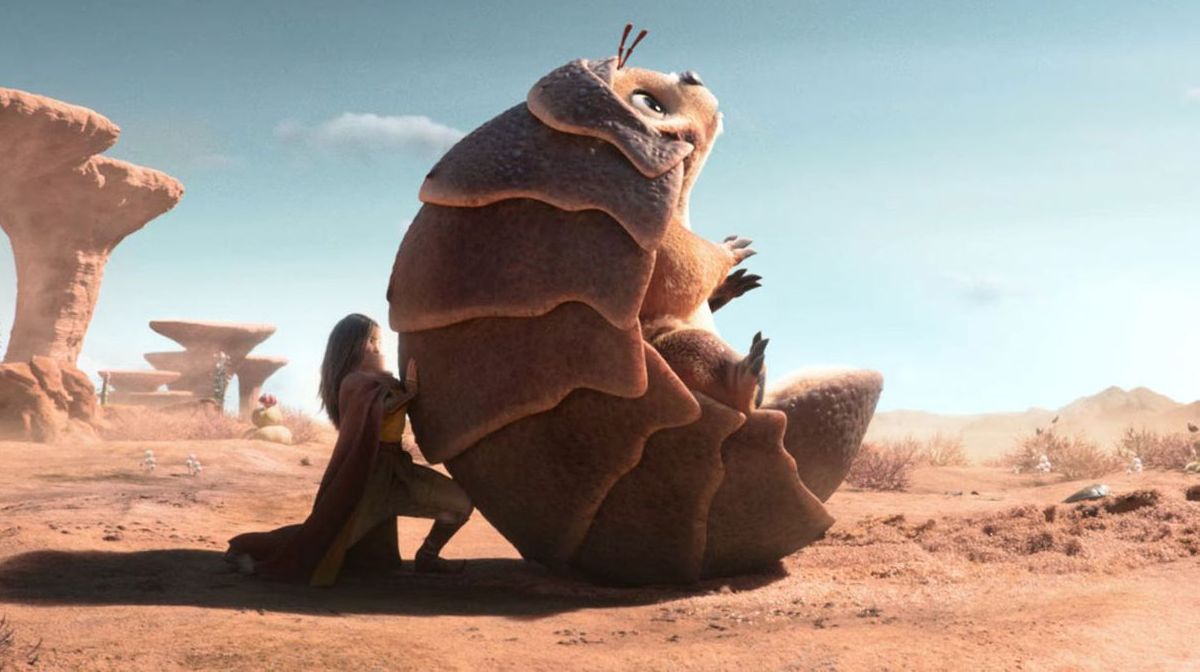 As previously mentioned, Raya And The Last Dragon is set in the fantasy land of Kumandra, which has been said to be inspired by Southeast Asian cultures — such as the Philippines, Cambodia, Malaysia, Indonesia, Laos, Thailand, Myanmar, and Vietnam.

In order to represent these cultures in the most respectable way possible, the filmmakers and production team conducted various trips to most of the places mentioned.

Even in the small glimpses we’ve had at the film so far, these influences shine through. For starters, the name Raya means ‘great’ in Indonesia, and she adopts the national martial arts of the Philippines, arnis.

Arnis (otherwise known as escrima) focuses on weapon-based combat, such as the use of sticks and bladed weapons — both of which can be seen in the trailer. 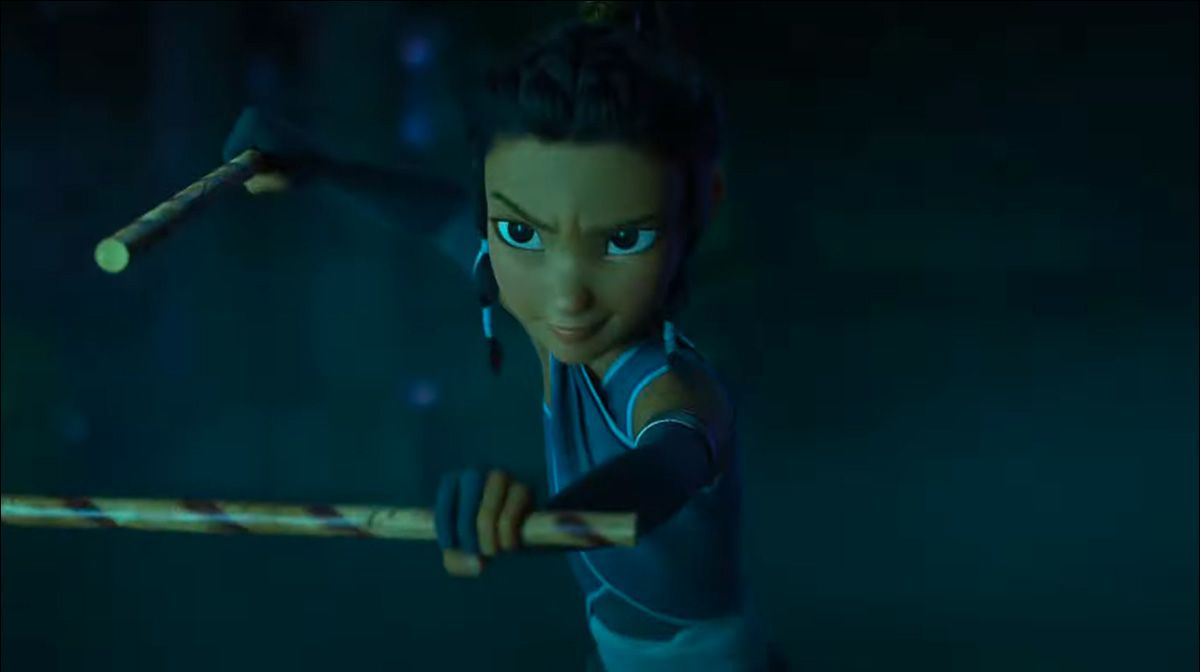 Aesthetically, we can also note the implementation of Khmer architecture as well as Raya’s adorable companion Tuk Tuk, who is aptly named after the three-wheeled vehicles commonly used by Thailand natives.

This is a big step up towards diversifying cinema, allowing mainstream audiences to be exposed to cultures they may ordinarily be unfamiliar with.

Raya And The Last Dragon Cast 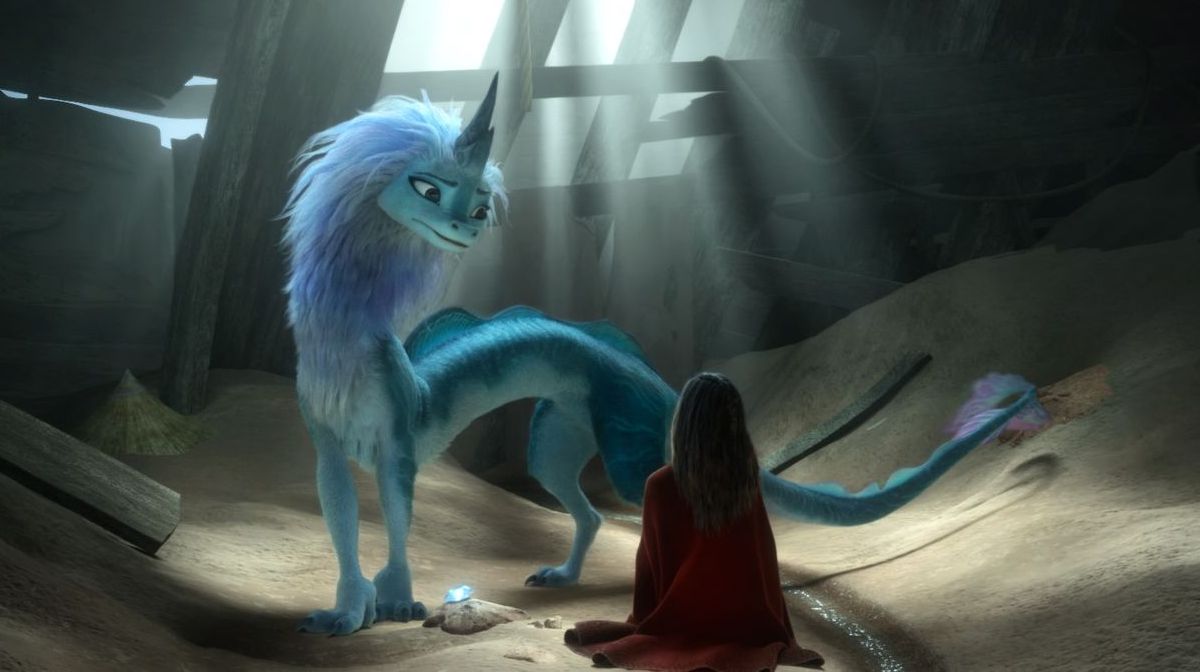 The eponymous character of the film, Raya, was first announced to be played by actor Cassie Steele during a panel at media event D23 in 2019.

However, as reported by Entertainment Weekly in late 2020, Steele was subsequently recast.

Raya will now be voiced by Kelly Marie Tran, known for her role as Rose Tico in Star Wars: The Last Jedi (2017) and its follow-up, The Rise Of Skywalker (2019).

Tran will also be joined by Awkwafina (Crazy Rich Asians) as Sisu, a water dragon with the ability to transform into a human. It’s not much of a leap to say that this is the ‘last dragon’ referred to by the title.

Is Raya A Disney Princess? 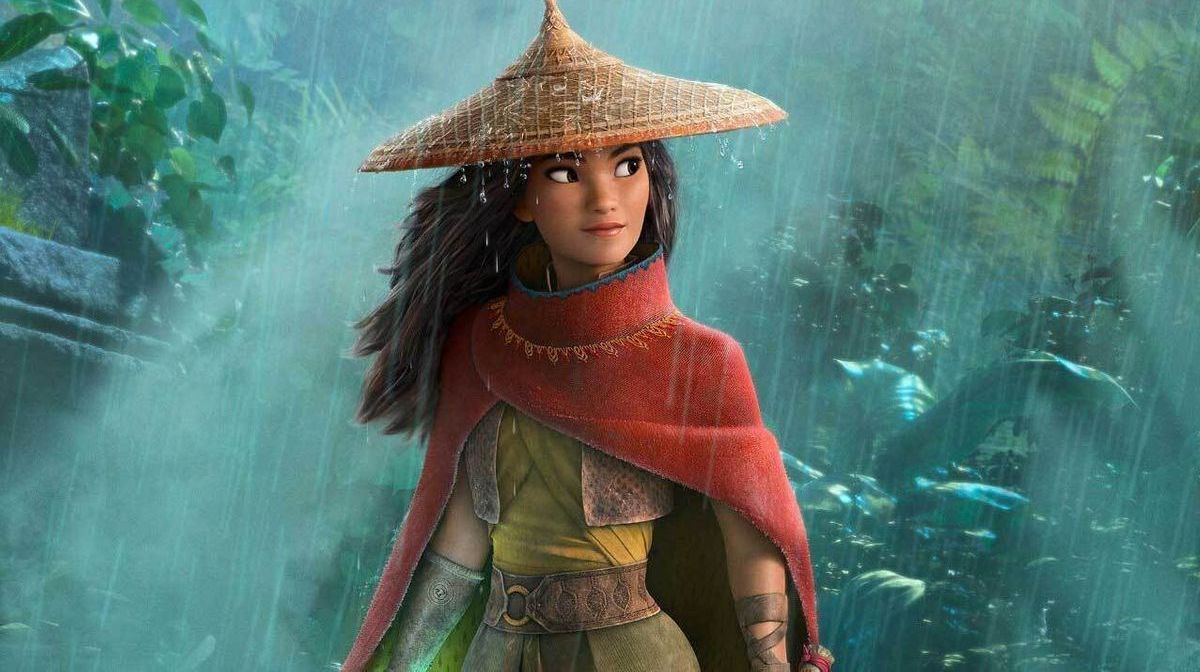 Raya And The Last Dragon follows in the footsteps of Frozen (2013) and Moana (2016), two films that paved the way for more ambitious takes on the Disney Princess formula, introducing a new class of royalty.

While not your archetypal dress-wearing princess by any account (or even a legitimate one, for that matter), Raya is clearly being positioned to join that prestigious class, described by Tran as “technically a princess”. 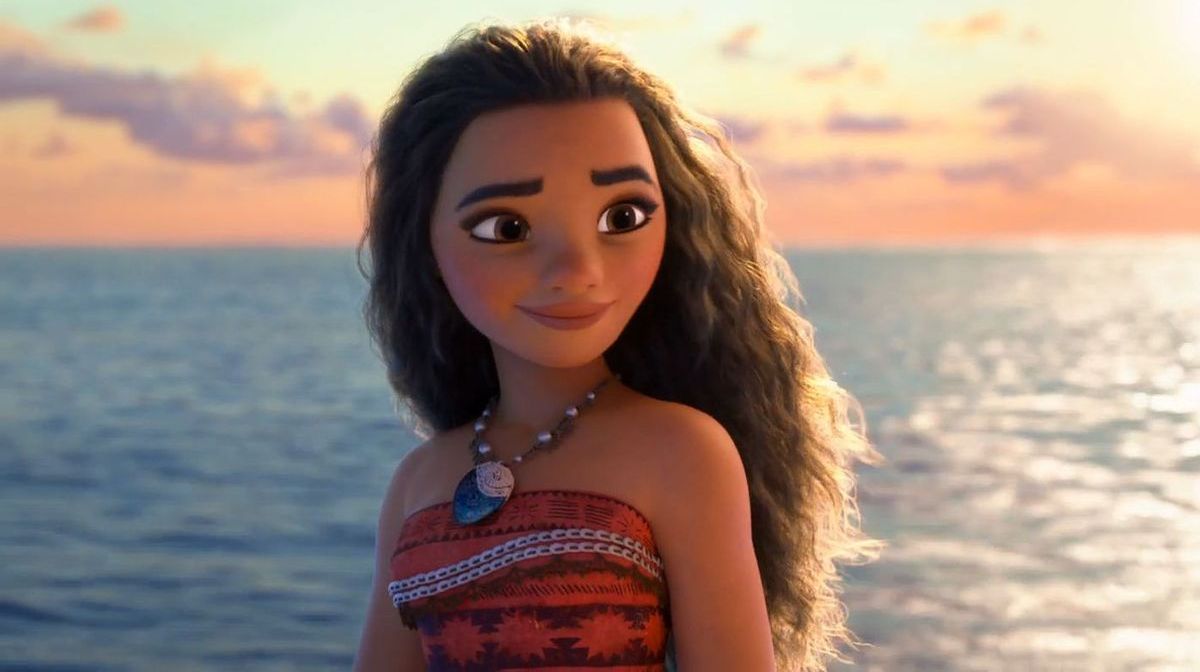 Her character provides some much-needed representation for Southeast Asia, just as Moana Waialiki did for Polynesia — a film that pulled from multiple ethnic groups originating around that region.

And this quite simply makes for a more engrossing protagonist overall, gender notwithstanding.

When Does Raya And The Last Dragon Come Out? 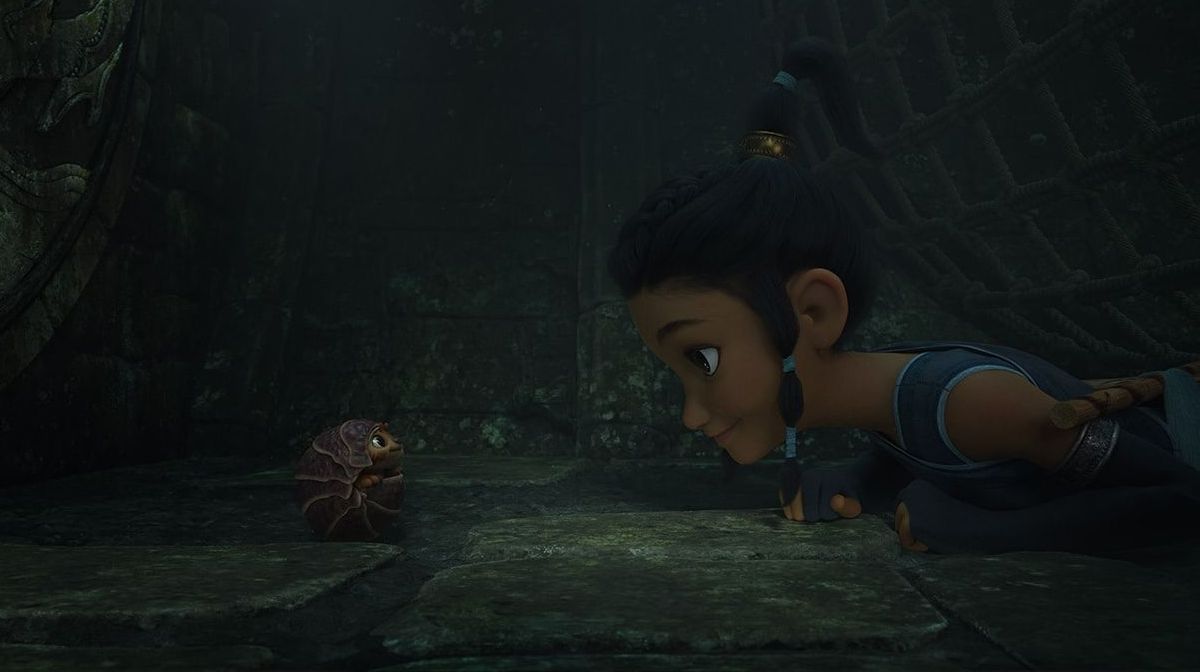 The film was originally slated to release in November 2020. However, to nobody’s surprise, the pandemic ruined those plans, and it is now scheduled to release on 5th March 2021.

If you have Disney+ with Premier Access, Raya And The Last Dragon will be available to stream on this date. Likewise, assuming any cinemas are open by this point, you can watch it on the big screen if you choose to do so.

For more from your favourites Disney princesses, browse our complete range of Disney products.