The upcoming Nintendo Switch game will feature a sprawling open world for the first time, with free roaming Pokémon spread across the expansive land.

There is thus much anticipation among Pokémon fans ahead of its release, and many are cautiously optimistic that Legends is the game the community has been waiting for: one that finally evolves the classic Pokémon formula in new and exciting ways. 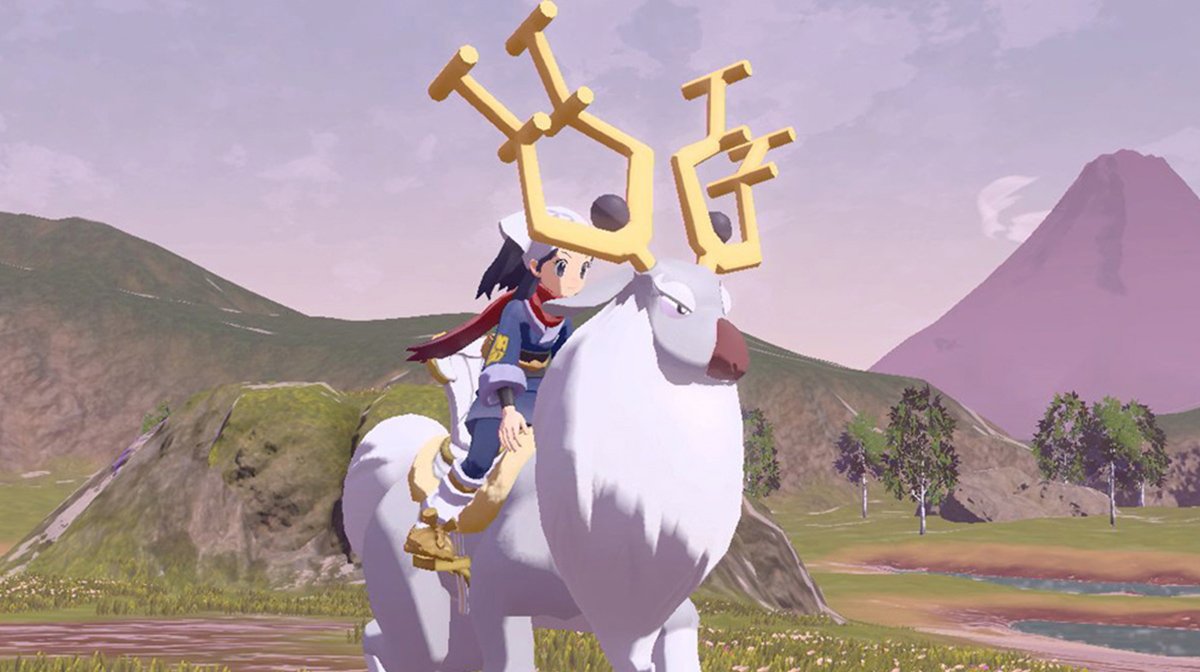 It is being hailed as the spiritual successor to a hit game from another franchise, The Legend Of Zelda: Breath Of The Wild. Like Pokémon, the Zelda franchise had remained pretty static since its inception in terms of gameplay and, although to a lesser extent, story.

Breath Of The Wild boldly discarded its formula and instead gave players an open world to explore, similar to those of The Elder Scrolls games.

Legends aims to bring that same level of ambition to the Pokémon franchise, allowing trainers to traverse a vast land with dynamic battles that can be fought in the overworld, before transitioning into an integrated battle UI.

The game will also take inspiration from Animal Crossing: New Horizons and introduce craftable items for the first time. 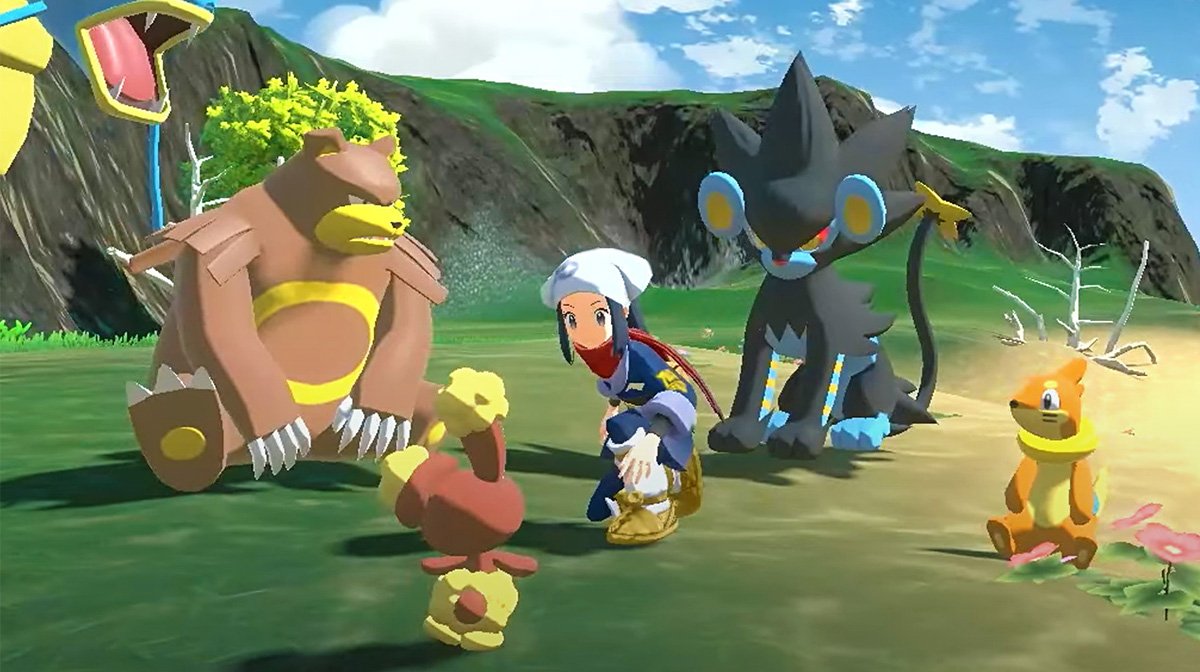 The Pokémon franchise has, ironically, been notoriously shy about evolving. Its developer, Game Freak, has maintained its classic turn-based, “rock-paper-scissors” style of combat for over 25 years, and even Legends isn’t bold enough to substantially change that.

However, whilst the franchise will probably never introduce such extreme updates as triple-typed Pokémon, parties of over six critters, or more than four moves per pocket monster, Legends sets out to streamline the battle system by integrating it into the overworld action.

What is most notable is the role of the player character, who is now fully part of the action. Though the series seems disinterested in dialogue options and realistic facial expressions, the player is more relevant than ever from a gameplay perspective. 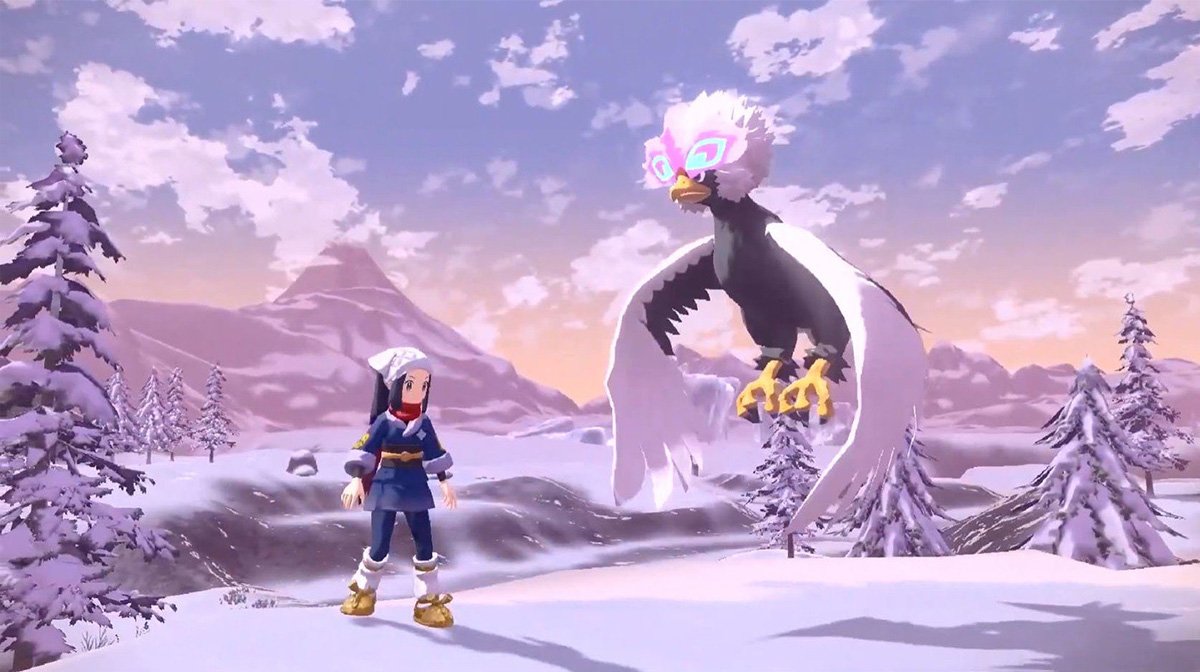 Gone are the days of simply commanding your Heracross or Absol to do your dirty work: trainers in Legends have to take on the ferocious monsters of the region themselves.

The introduction of Alpha Pokémon marks a significant turning point, and is a mechanic that fans have been anticipating for years.

These feral Pokémon attack the player and enough hits can result in a more traditional game over, sending the unsuspecting trainer back to their last checkpoint. 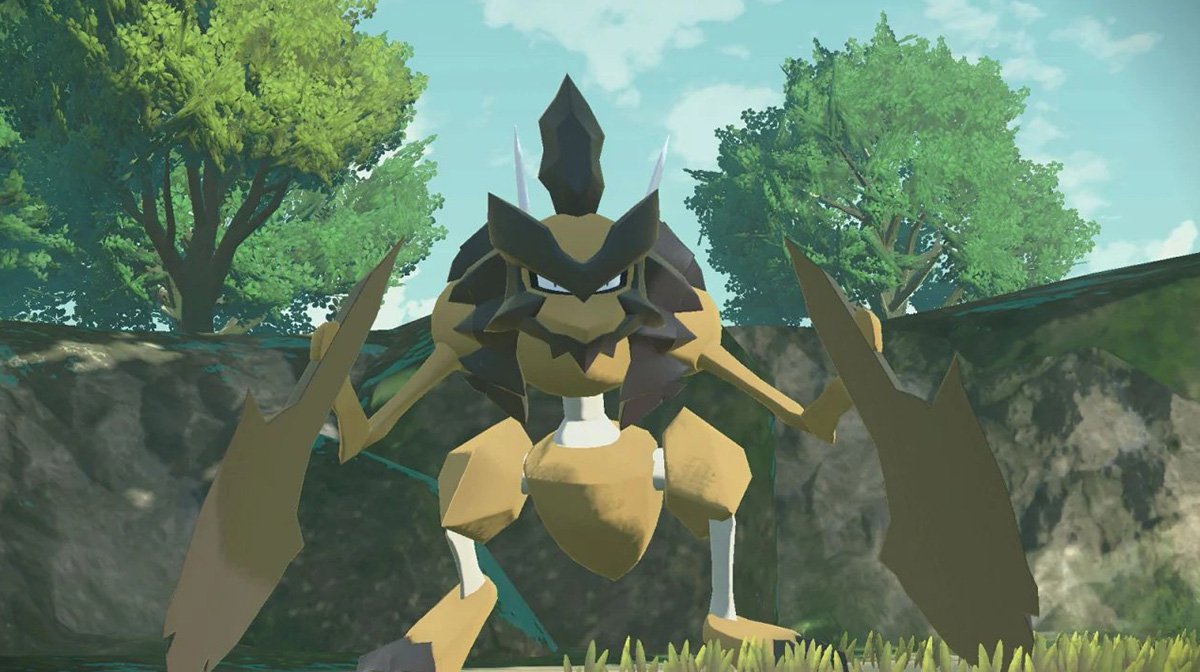 Legends is also notable for moving the series into a period setting, another historic first. Every game so far has taken place in a pseudo-modern reality, bar the obvious nuances absent in our own world: fire-spitting dragons gifted to children, crime free streets, and universal healthcare for all.

This new game will do away with such modernisms and instead take Pokémon back in time to an early version of the Sinnoh region named Hisui, based on feudal Japan.

This brave new development provides an exciting change of scenery, one with the capacity for vast plains unburdened by contemporary architecture. 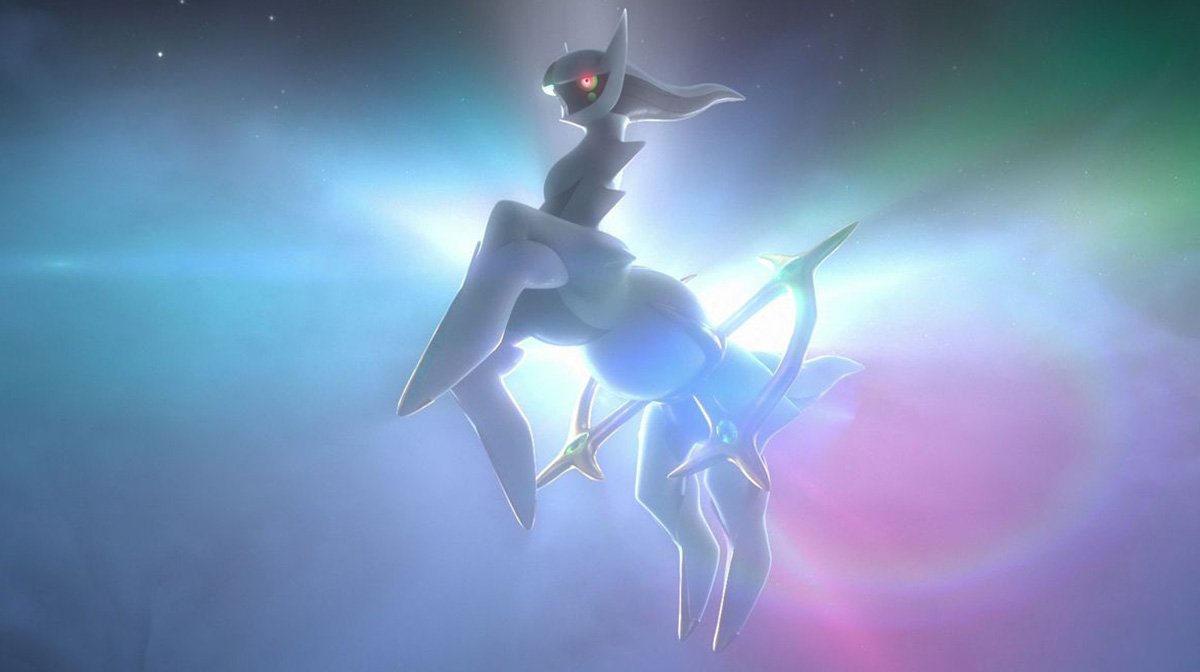 In a way, this change reflects the series returning to its roots, back to its days as a grittier franchise from the mind of Satoshi Tajiri who was recalling his time roaming around the Japanese countryside catching bugs.

Most importantly, it allows the developers to craft a more story-based experience that takes inspiration from myths, parables, and the series’ surprisingly exhaustive lore.

This kind of ambition is what has elevated video game franchises from good to great. Take God Of War: a hack-and-slash adventure series past its prime which was transformed into an award-winning, story-driven experience.

Pokémon has the same opportunity to reinvent itself as something altogether familiar, yet refreshingly diverse. 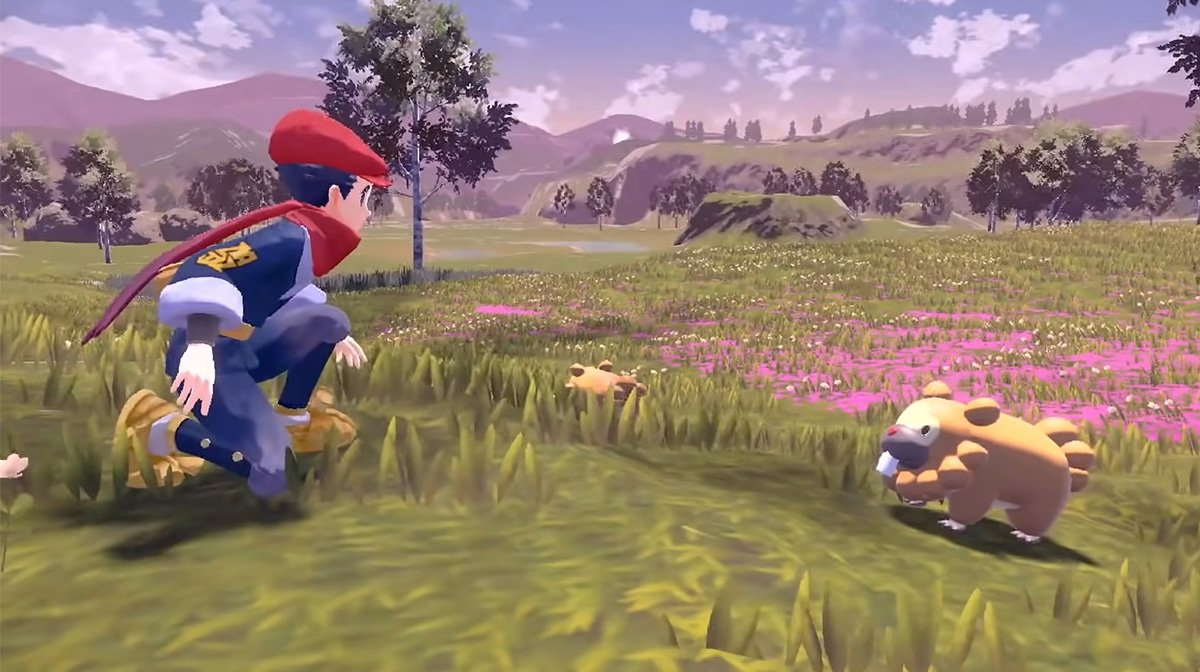 The series still remains wildly successful, thanks in part to Game Freak’s obsessive reverence for its winning formula. Indeed, alongside its contemporaries Call Of Duty and Assassin’s Creed, the franchise is sometimes unfairly criticised for failing to significantly update its formula and take it in a new direction.

Most agree though that there’s nothing wrong with the formula at its core. Traditional Pokémon games like Heart Gold and Soul Silver, Platinum and Emerald, are revered as some of the greatest entries in the series’ history in spite of their simplistic gameplay.

However, some fans have (quite justifiably) felt that ever since the series’ migration to the third dimension with Pokémon X and Y on the 3DS, the franchise has struggled to balance style with substance. 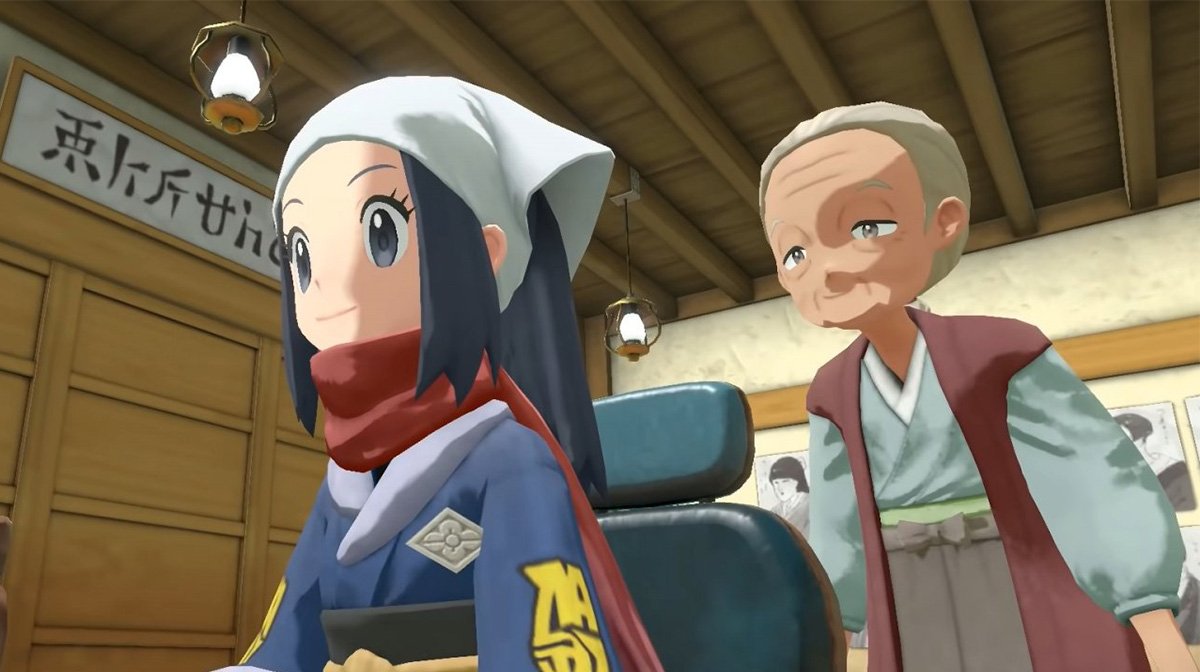 What then does Legends’ focus on innovation mean for Pikachu, Charmander, and their Poké-friends? Put simply, the game’s success will have long-lasting consequences for the franchise.

Anticipation for this particular game is perhaps higher than any Pokémon one before it, and there’s a feeling that developers Game Freak are finally listening to the fanbase’s concerns.

As a result, many are all but praying to Arceus itself for Legends to be the era-defining RPG they’ve been waiting for. 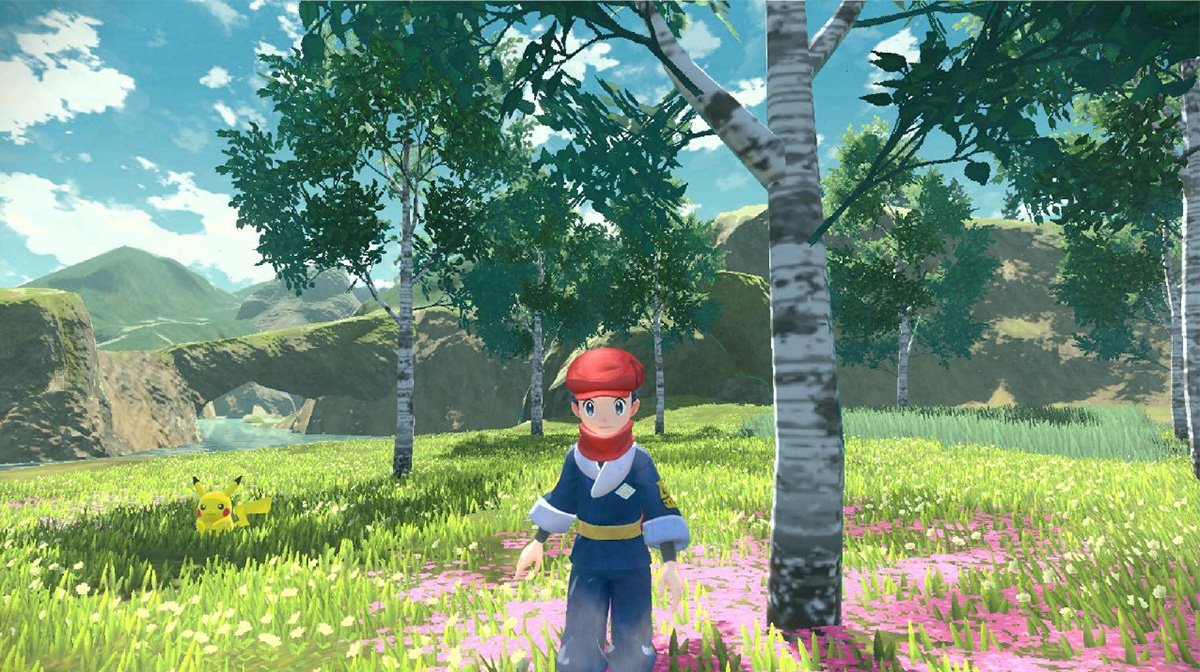 The fear then is that should Legends fail, either commercially or critically, it will discourage Game Freak from experimenting with the franchise, and future instalments will revert to the tried and tested Pokémon formula.

Of course, the developer may always decide to pursue Legends as its own side series, concurrent with the core games.

What is clear is that Legends has a lot riding on it. If it is well received, the hope is that future games will follow its ambitious lead and mix up the formula with daring innovations like Alpha Pokémon, open-world gameplay, and diverse stories told in bold new lands. 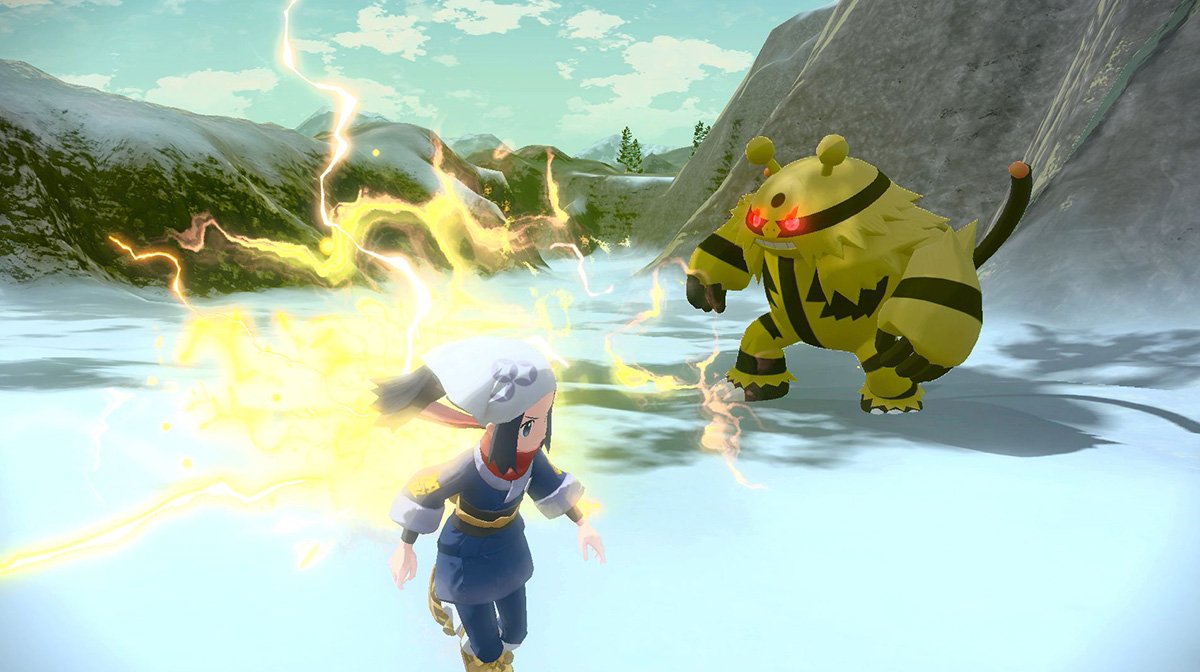 Yet, away from the wider context, Legends is an incredibly exciting game in its own right. It looks to be a fresh take on the beloved series and the defining Pokémon experience on the Switch.

Hopes are high, and the trailers have been promising: the prodigal electric mouse may just return, finally ready to evolve.

Roll on 28th January, as only time will tell if the world’s most famous monsters will create something, for want of a better term, truly legendary.

Pokémon Legends: Arceus will be released on Nintendo Switch on 28th January.

Nathanial Eker-Male is an entertainment journalist and film critic with a lifelong passion for Lord Of The Rings and ginger biscuits. He can usually be found studying for his MA in Film Studies, freelancing in the gaming, TV, and film spheres, or virulently defending Iron Man 3 as the best MCU film. Find him on Twitter @EkerNathanial.